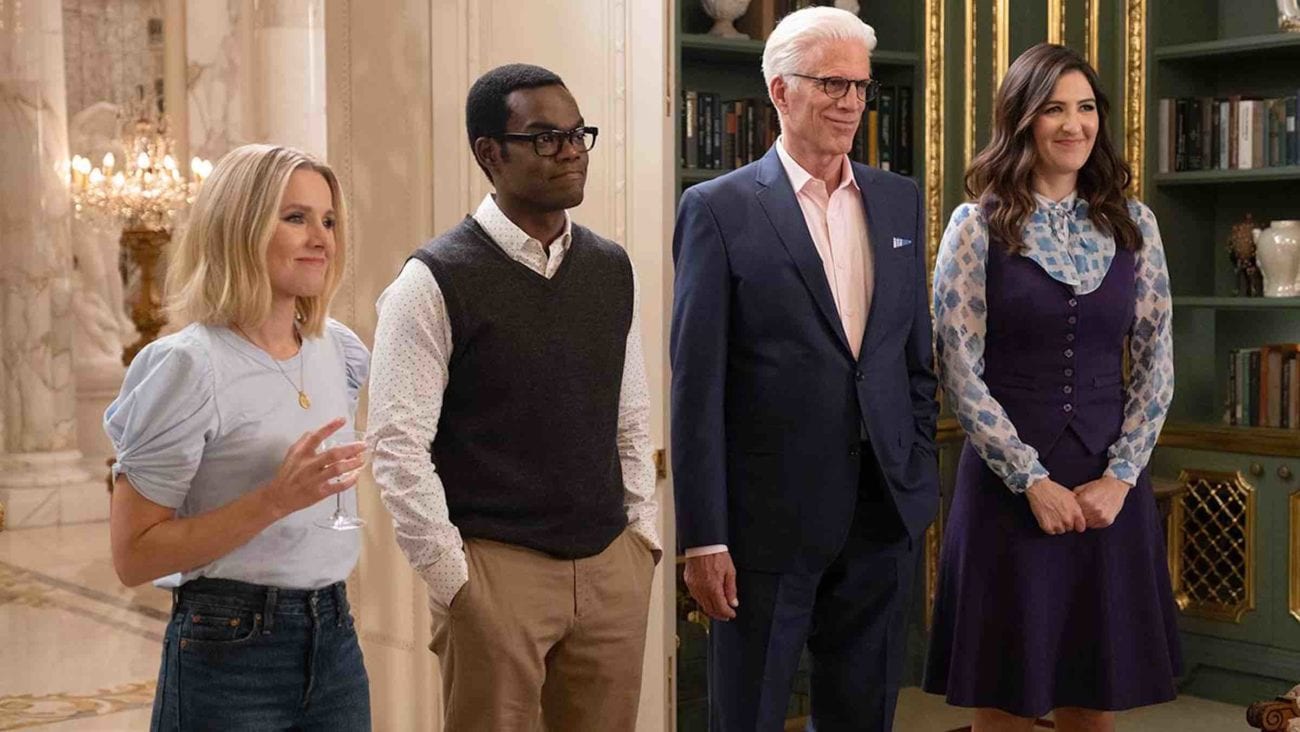 Goodbye, everything was fine. Just kidding, nothing was fine at all. The only good thing about The Good Place finale is that everyone got the happy ending they deserved, while we cried our way through.

The Good Place has warmed our hearts for 52 episodes, giving us laughs, tears, and cheers throughout all four seasons. But like life, everything has to come to a dramatic stop at one point whether we like it or not. Mike Schur made us sad by ending the show right at its peak, but just like life, things don’t always go on as long as we want.

Diehard fans, we’d like to think that we’re pretty satisfied with how our dear Soul Squad ended their arcs, though we have one or two bones to pick with the writers. So, let’s do a nice “Where are they now?” and bid one final adieu to Jason, Tahani, Eleanor, Chidi, Michael, and Janet. 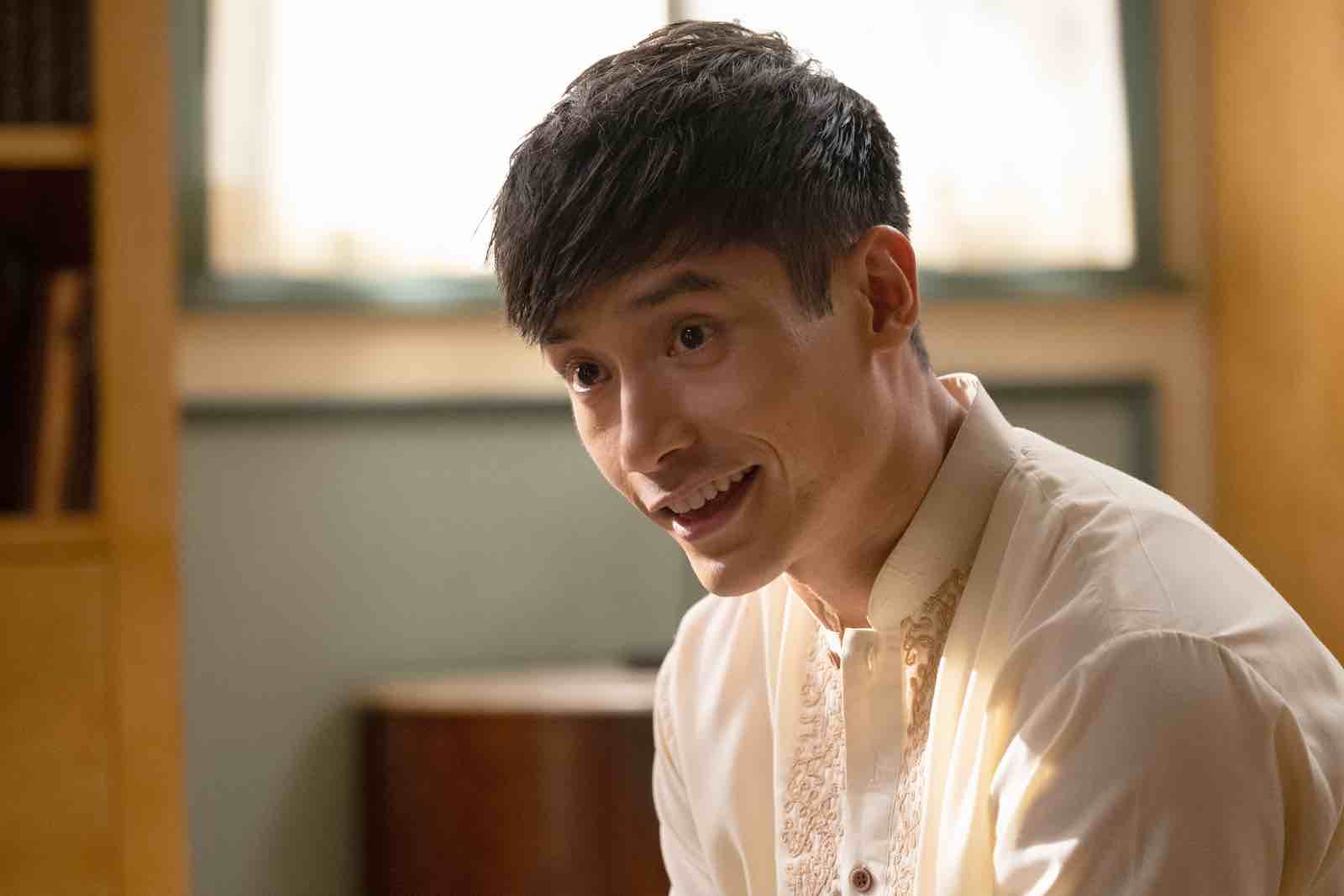 It is both surprising and not surprising that the first out of our dear cast to walk through the door to the end is Jason. He’s definitely the one with the shortest attention span out of all the humans, so he would finish living his dream life and be ready to move on to the next. Of course, Jason couldn’t leave without a dope-ash party surrounded by friends, family, and a final performance from Dance Dance Resolution.

While it looks like Jason walked through the archway to the end, we find out later that he stayed behind to look for the gift he made Janet to help her remember him. A cute heart necklace with J+J in the middle. J+J forever indeed, especially when D’Arcy herself wore the necklace as a charm bracelet during the post-finale interview show. Cue the shipper tears. 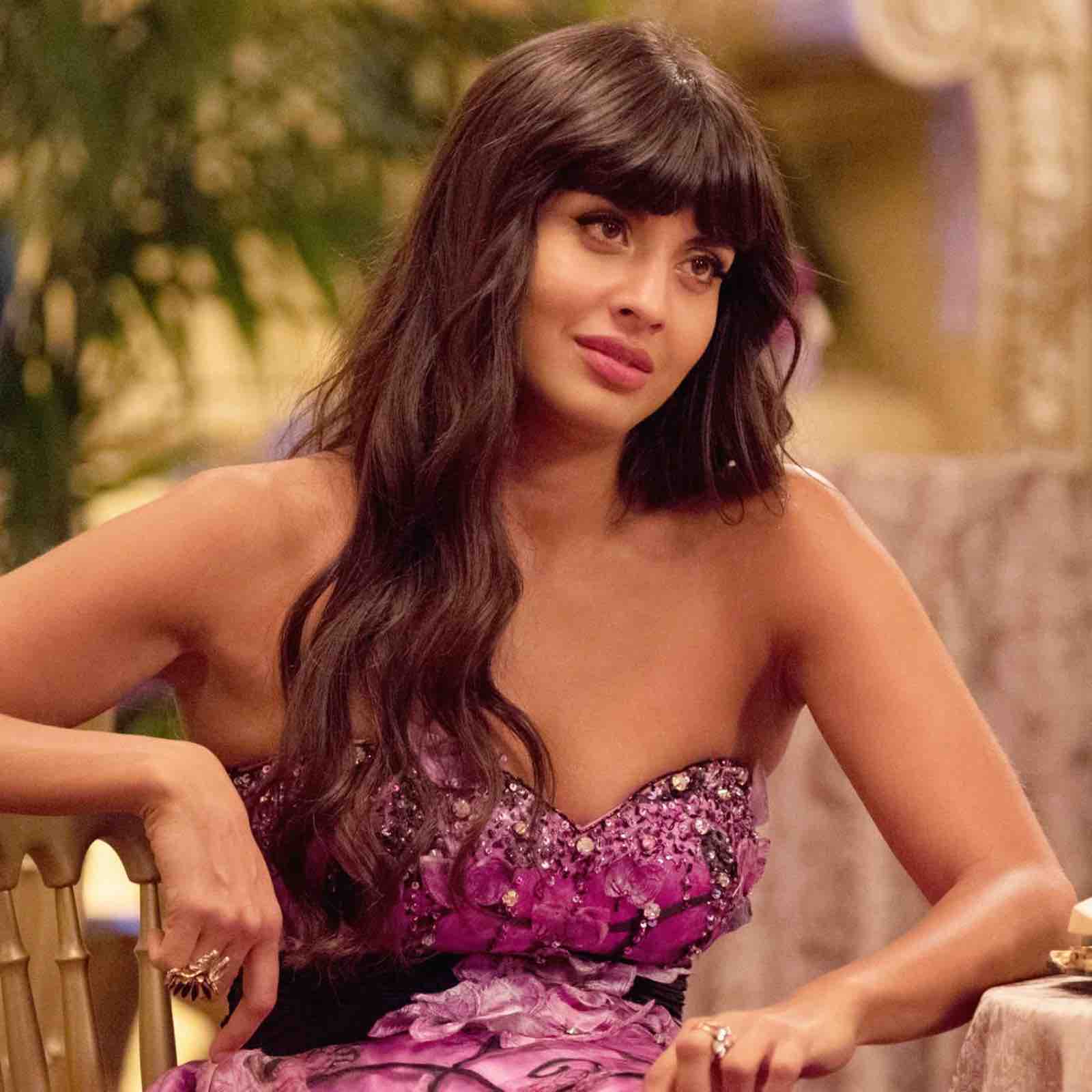 Tahani on the other hand, did the most Tahani thing possible: getting celebrities and experts in their field to help teach her new skills to help cross off her eternal bucket list. After getting a nice woodworking session from Nick Offerman (yes, we’re not kidding), Tahani moves on to one last plan: an amazing lunch and day with her parents and sister.

With her final wish granted, she begins to also consider walking through the archway, but Tahani realizes she doesn’t want life to end forever, but wants to move past the afterlife. So, after a little bit of threatening to speak to Michael’s manager, Tahani begins to climb up the ethic testing ladder as an intern under Glenn. Eventually, she gets to start designing tests that the humans who pass will go through, and wears a suit! 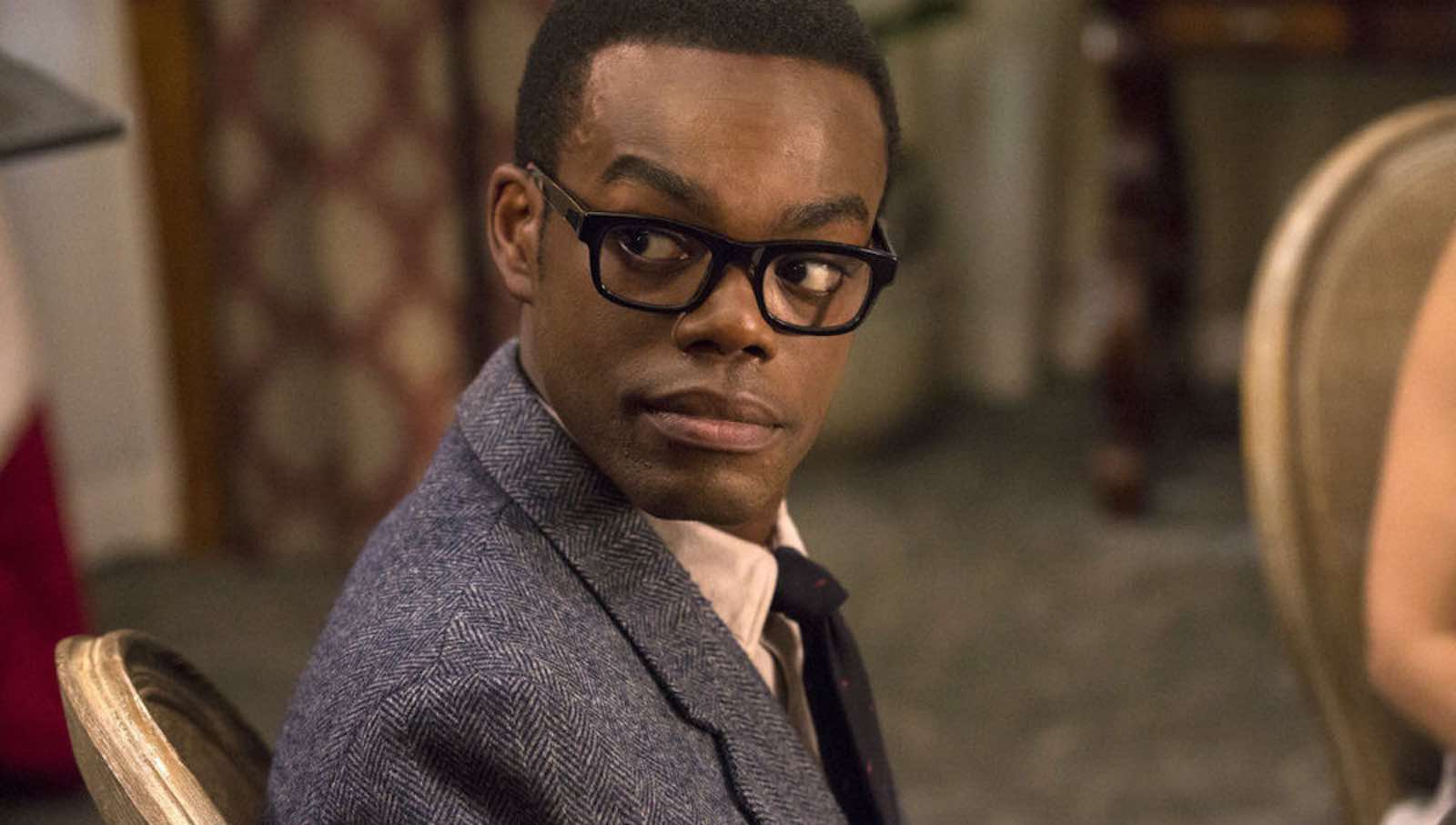 Oh dear, sweet Chidi. The now most decisive person in the afterlife got to serve on the council for the testing, have training lectures with other philosophers, and travel around the world with his super hot girlfriend. While Eleanor begins to pick up on the fact that Chidi is considering leaving, Eleanor ropes Janet and Michael in to help give Chidi reasons to stay.

They visit Athens and Paris, two of Chidi’s favorite places, but Chidi catches on quick, and tells Eleanor that he’ll stay for her. But at dinner, Eleanor realizes that she is being selfish, and owes it Chidi to let him go (referencing the book that kept bringing them together, What We Owe to Each Other). Eleanor spends one last evening with him, and tells him to leave while she’s sleeping. When she wakes up, she’s left with a calendar full of Chidi to love. 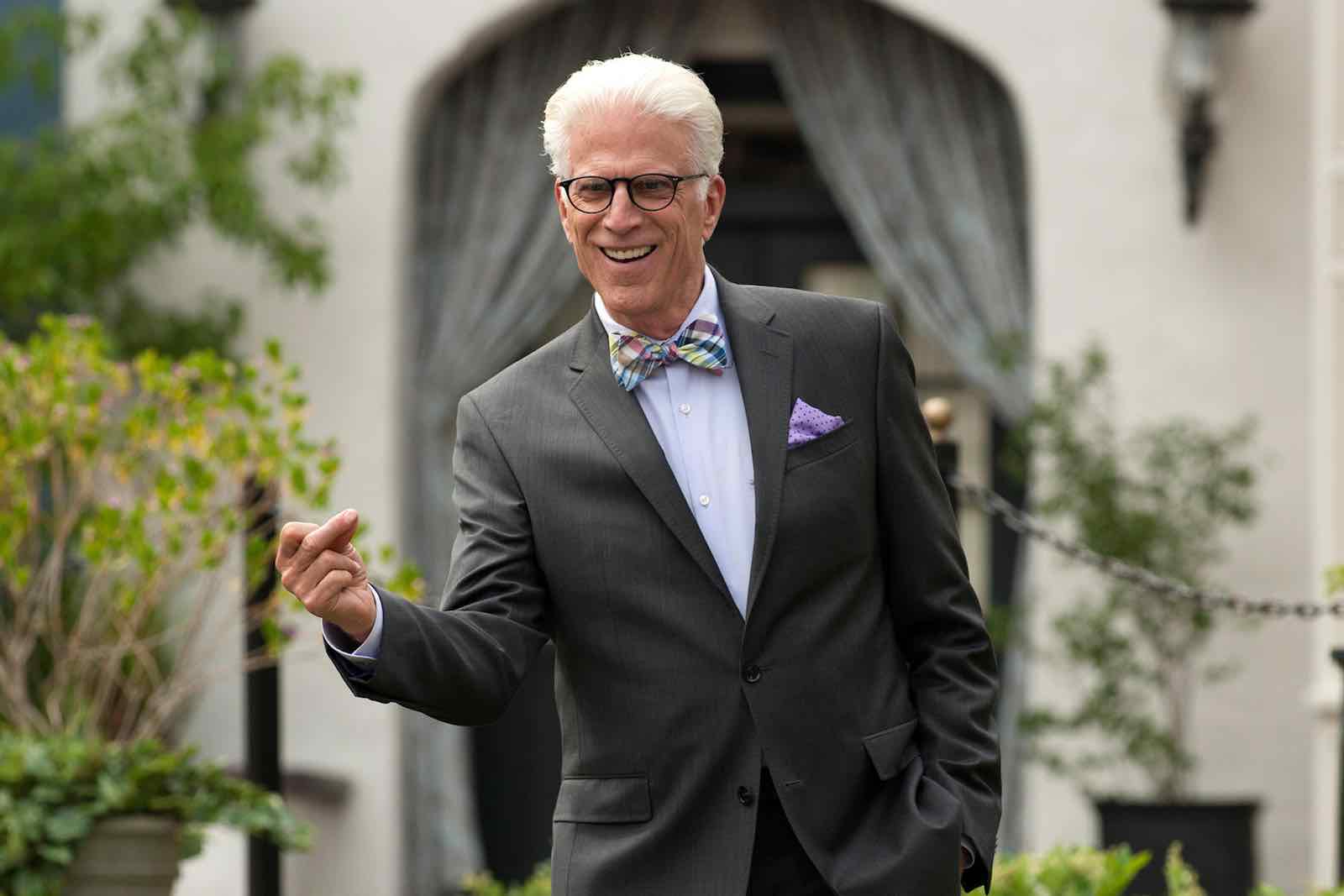 Or should we say Michael Realman, because Michael finally got his Pinocchio wish. After the afterlife committee was shut down and Michael lost his purpose in life, Eleanor stepped up like the true friend she is and made a plea to the Judge. Turns out, her plea was to let Michael become a real human.

Michael got to walk through the door to Earth with a one-way ticket, and gets to live out the life of being a silver fox that looks like Ted Danson. While Eleanor and Janet are sad to see him go, they make sure he knows the rules of Earth and send him on his way. We see him learning guitar (from his actual wife Mary Steenburgen), throwing a New Years Party, and having a dog! But more importantly, we see Michael happier than ever. 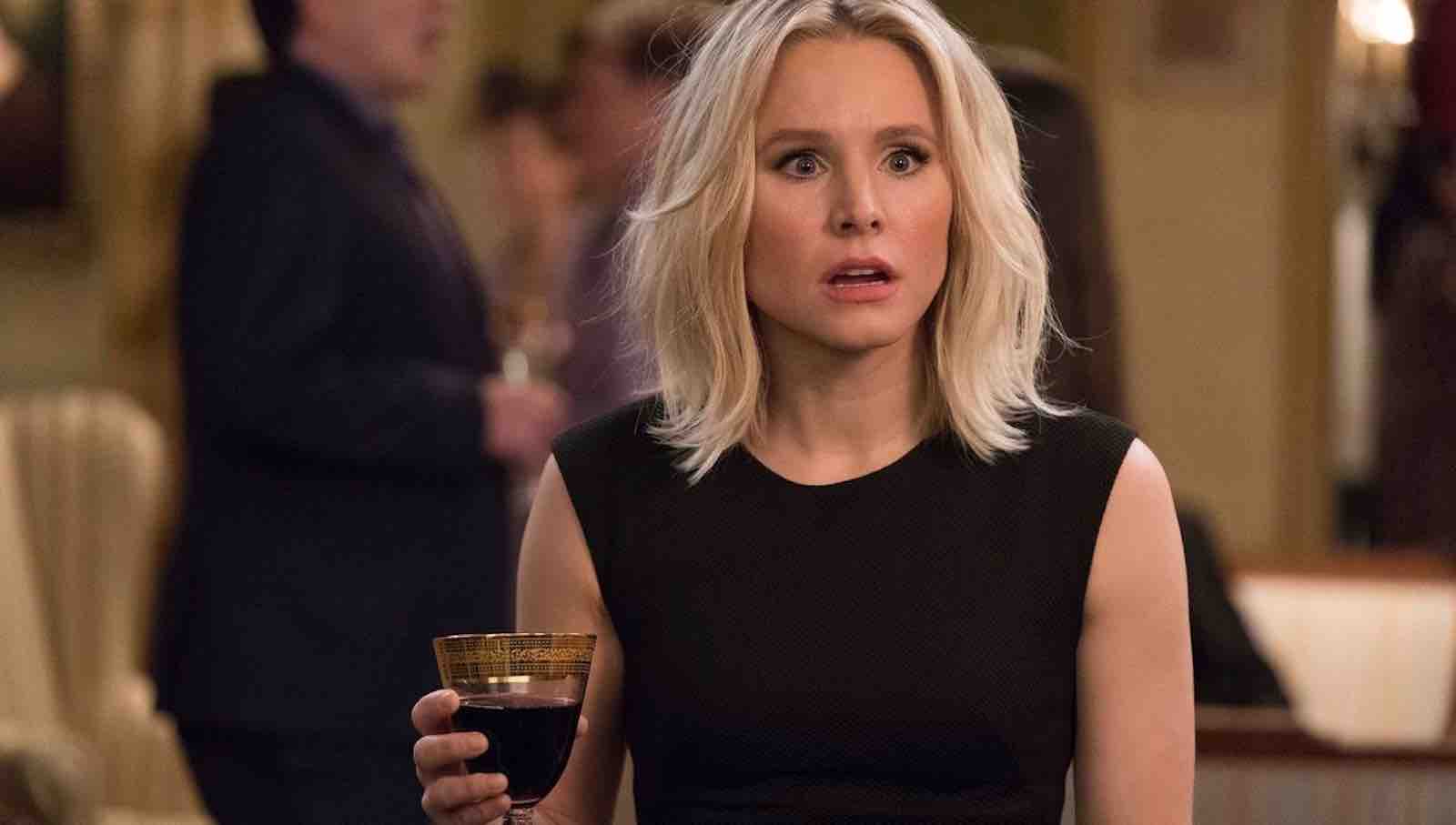 Eleanor was not ready to let Chidi go, and neither were we, so we get her pain. With Chidi and Jason gone and Tahani in architect land, Eleanor turns to the archway to move on, but can’t bring herself to do it. She needs to find some kind of closure like the others did, otherwise she’ll never feel ready to go.

Her first attempt is with Mindy St. Claire, convincing her to go through the new system and fight her way into eternal bliss. While Mindy at first puts up a fight, Eleanor convinces her that Mindy is just Eleanor if she never died in the first place and never found the Soul Squad. Then when she gets concerned about who makes her test, Eleanor makes sure Tahani gets Mindy as her first official subject to design a test for. 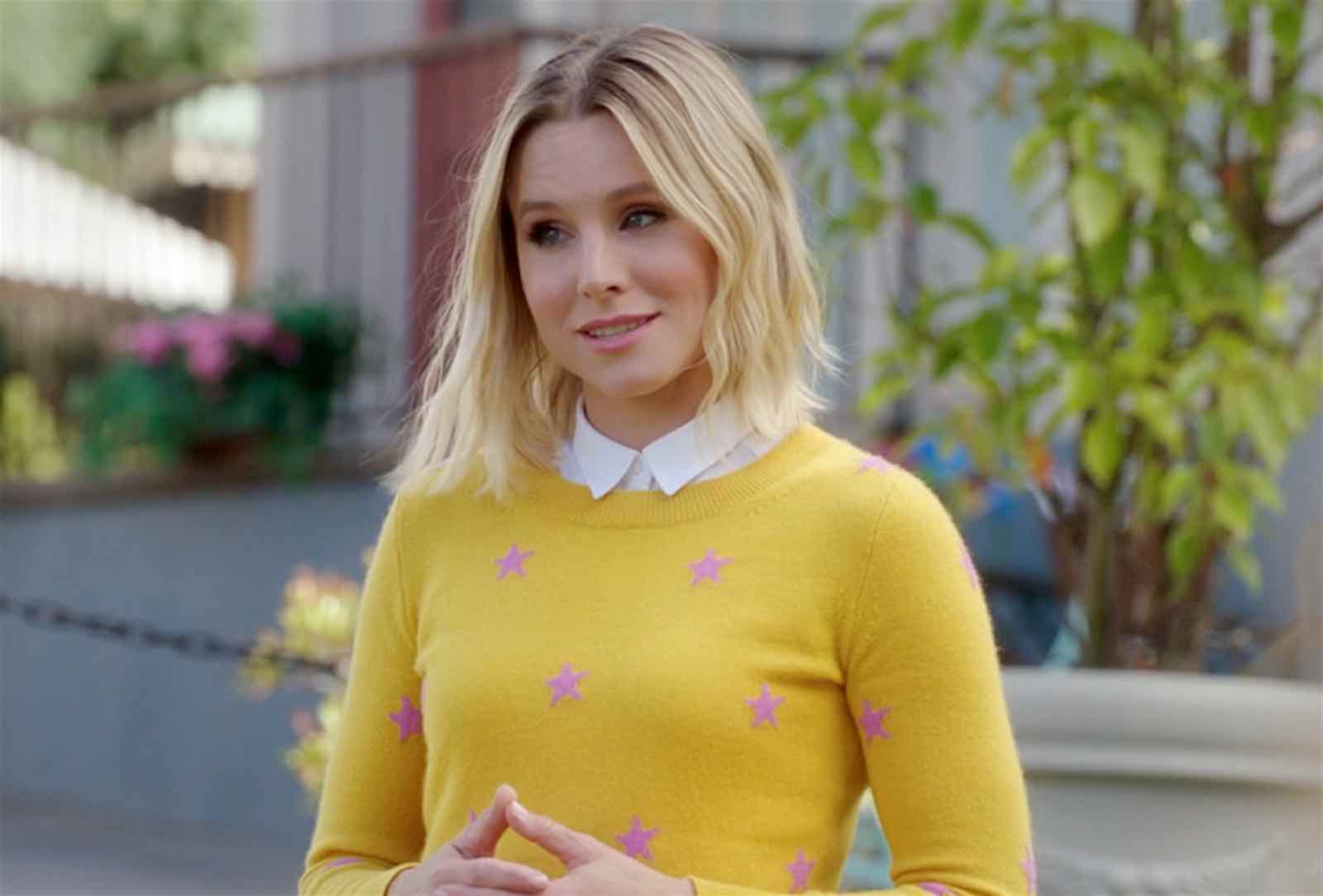 With that squared away, she then moves on to Michael, and gets him into the happy ending he deserves. Once she helps the last people she truly cared about, Eleanor feels the wash of relief everyone has described and finds her way through the archway into the end. But thanks to her, we get to see what each person’s essence does.

After Eleanor dissolves into a bunch of flying blobs of essence, we see one float down to Earth. A random guy at his apartment is going through his mail, and throws a letter that isn’t his in the trash. Suddenly, a piece of essence is absorbed into him, and he digs the letter out and brings it to its proper owner, who is Michael. Eleanor’s essence, and most likely everyone else’s, are inspiring those alive to do good deeds and be better people. 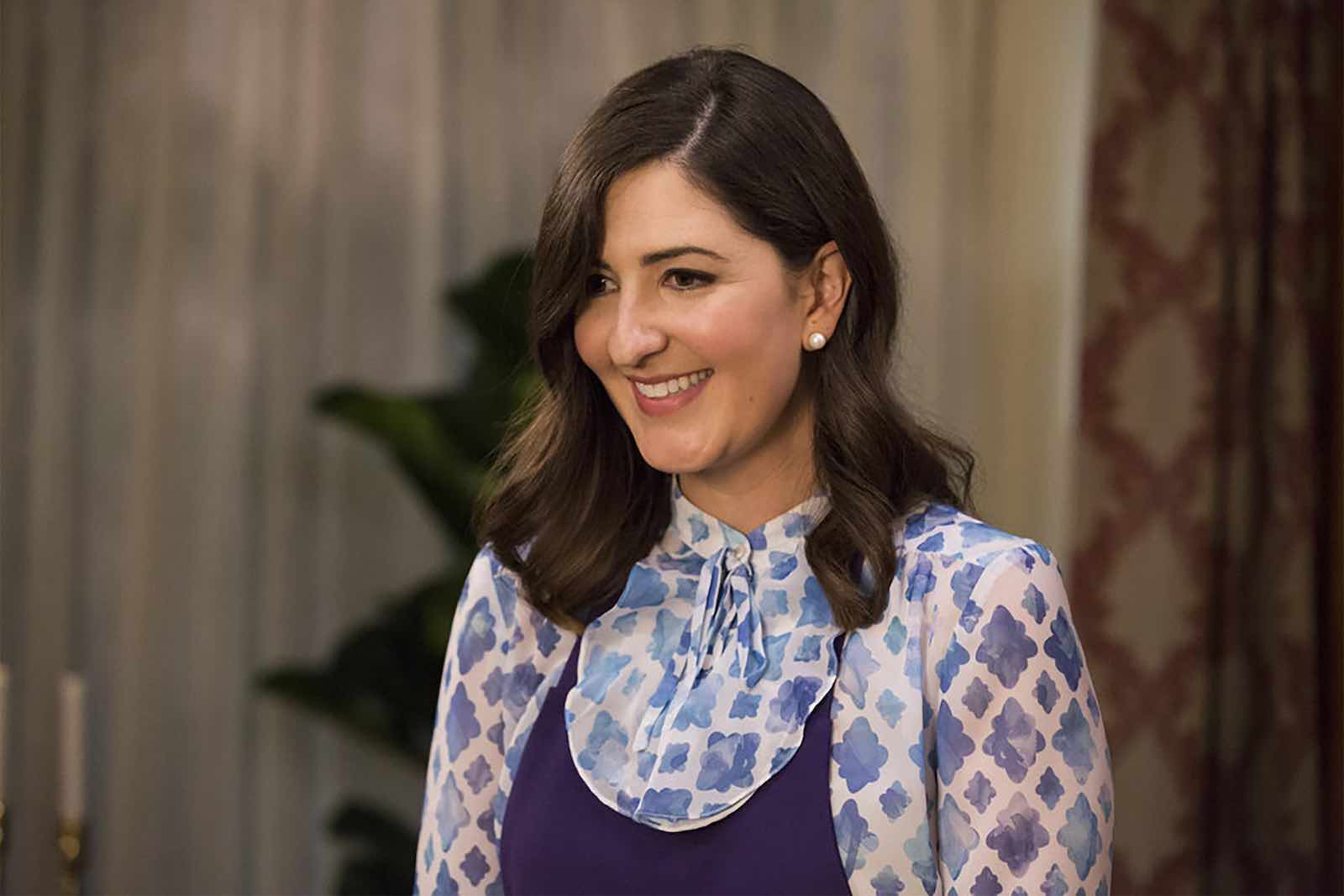 While she does get a necklace and a margarita out of saying goodbye to everyone, Janet never really gets her own goodbye. While it makes sense, since Janet can’t leave the neighborhood, it’s sad to see her have to stick around without her friends. Can’t we magically make Janet human too and she can pretend to be Michael’s daughter or something? Give Janet a happy ending too.

But we get it. Janet will never die unless someone marbalizes her, and she needs to stay to keep the afterlife running properly. It’s just sad that we spent as much time with her like everyone else, and she just gets left behind without any of her friends besides Tahani, and even she’s not really around.

Minus the lack of an ending for Janet, we have to say The Good Place was easily one of the most satisfying endings of television in the past 20 years. While we weren’t ready for this show to end, and still aren’t okay with half of our dear humans no longer existing, we’re glad to have been a part of this journey.