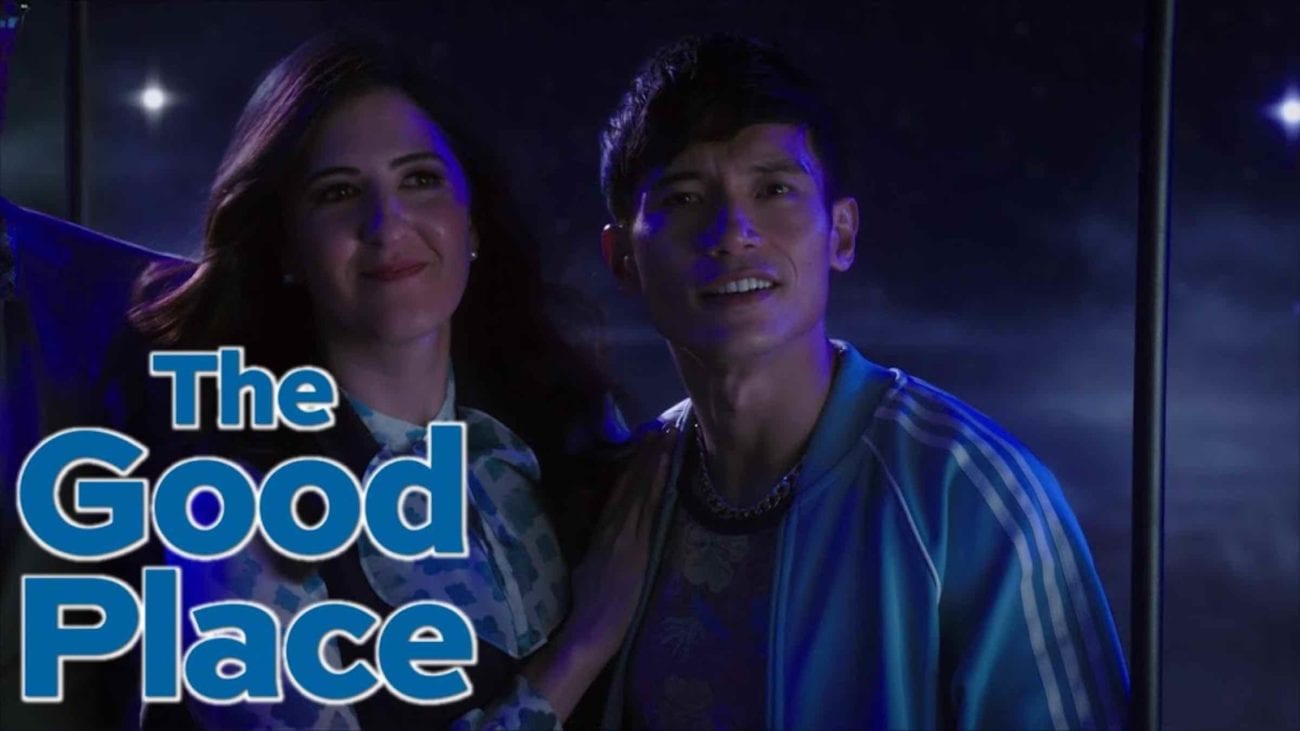 If we’ve learned anything from past season finales of The Good Place, “Patty” ending on a high note means we’re screwed. Must we remember how happy everyone was before the season three finale where Chidi (William Jackson Harper) got his memories erased? Creator Mike Schur wouldn’t end the episode on a high note if something wasn’t coming.

With only the super-sized series finale left for the Soul Squad, we’re in the end game now. Sure, they’ve fixed the points system, but as soon as they got to heaven, they weren’t in paradise yet. Thanks to Chidi’s crush on philosopher Hypatia “Patty” of Alexandria (played hilariously by Lisa Kudrow), the squad finds out the truth about paradise: after the first year of living out your fantasies, you’re sick of it and become a useless lump.

Oh, and Michael (Ted Danson) suddenly became in charge of the Good Place after the entire committee quit. But thanks to a solution where you can walk through a door and end it all permanently, the Soul Squad perfected paradise and are finally beginning to relax. Like we said above, everything is too perfect for it being so close to the finale. So where do we stand going into “Whenever You’re Ready”? 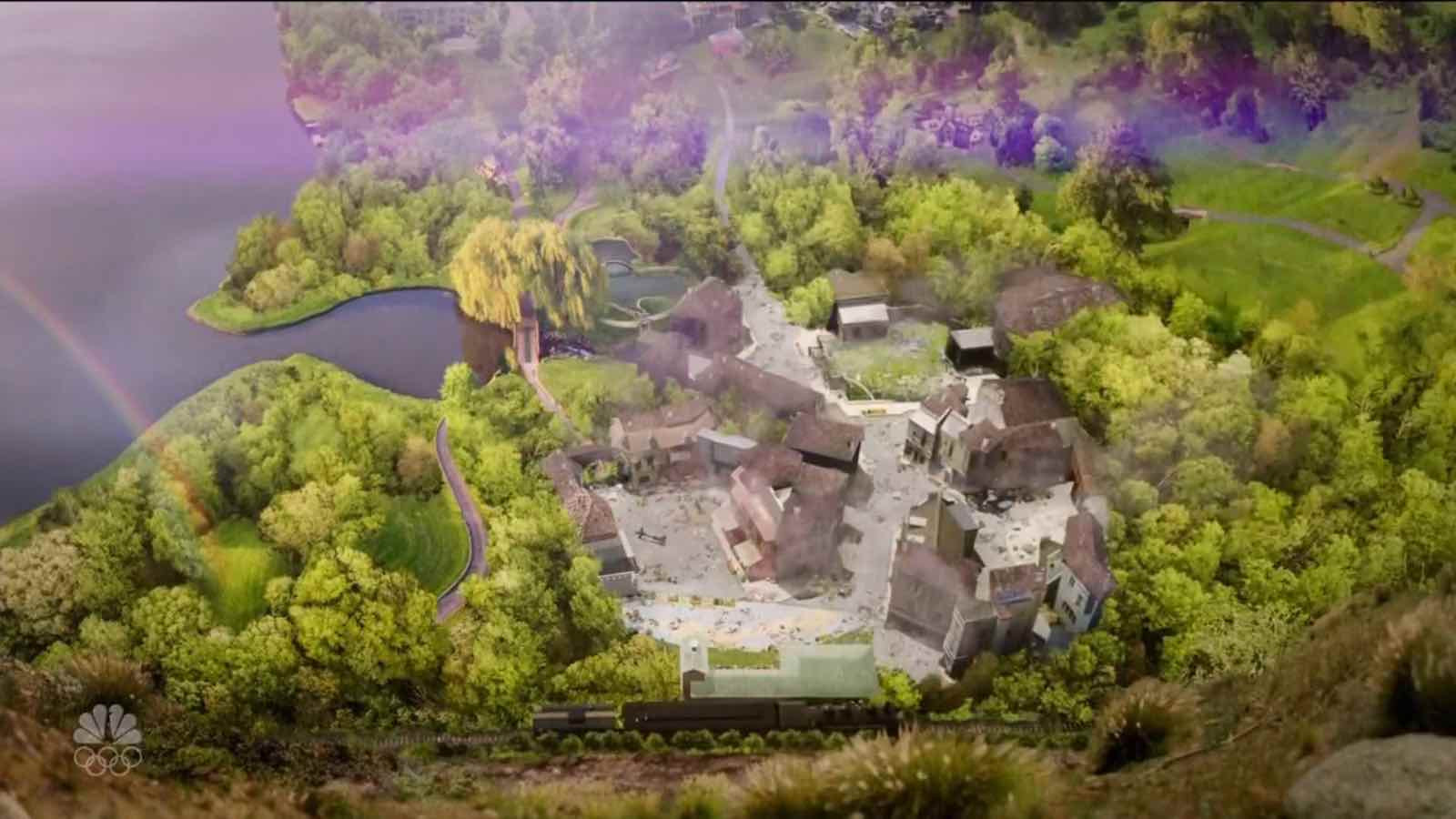 At the very end of the episode, Michael reveals to everyone the newest additions to the neighborhood: Eleanor’s (Kristen Bell) weird geometric clown house, and Tahani’s (Jameela Jamil) elegant dream mansion. We also get a peek at the dream house of Jason (Manny Jacinto): Stupid Nick’s Wing Dump. The last shot of the episode is Chidi and Eleanor cuddling watching the sun go down on paradise. 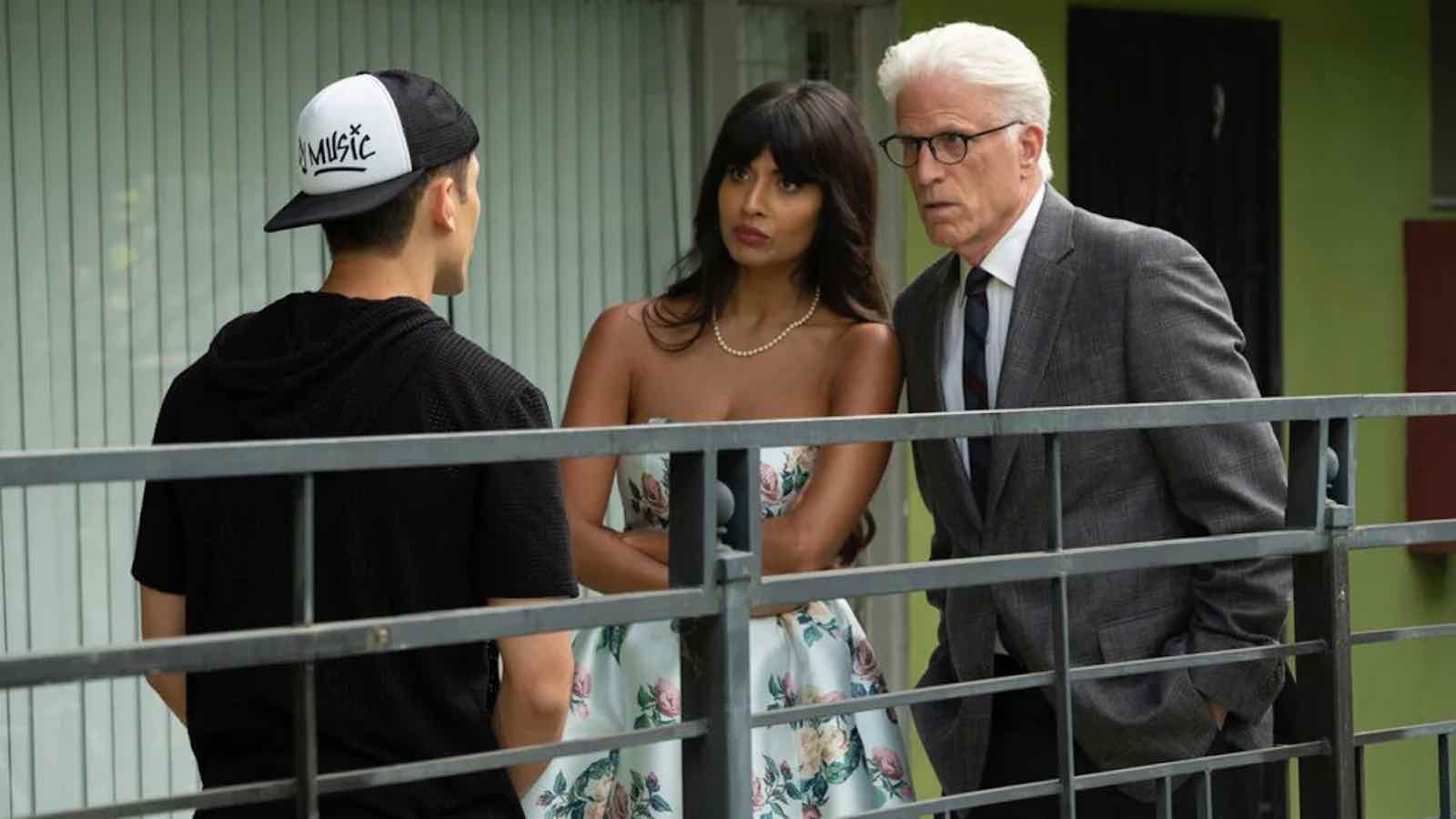 DJ Mr. Music is back!

Clearly Jason is living his dream of being a DJ, getting to start the party once everyone realizes life in the Good Place is worth living again. Tahani gets to be the socialite she dreamed of being here now that everyone’s brain isn’t mush, and Chidi is besties with a philosopher finally! Of course, while he tries to tell Patty how she saved the afterlife, she reminds Chidi that Eleanor is once again, the answer. 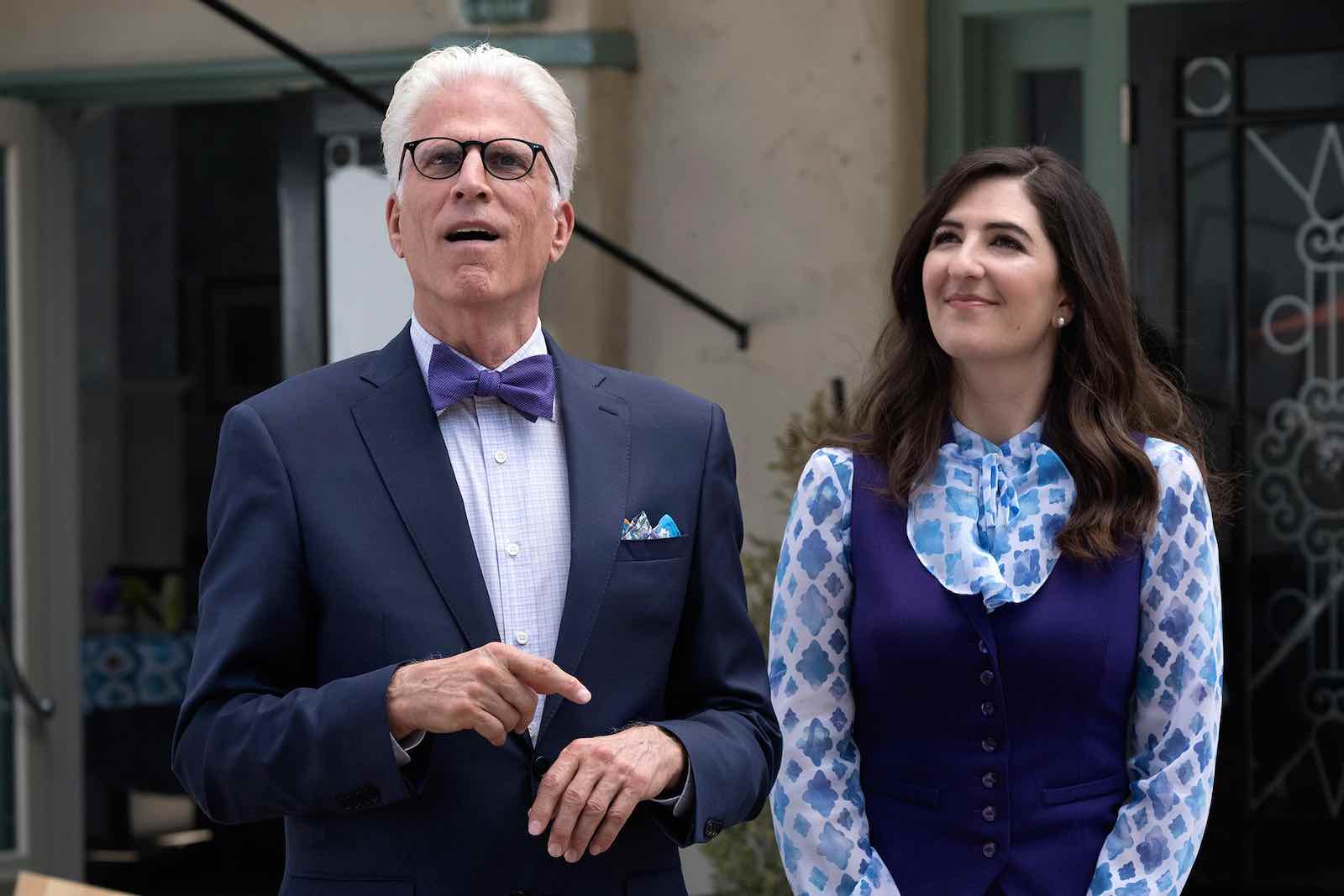 The robe definitely fits Michael. While becoming a Good Place architect was definitely a surprise at first, and even more so when the entire committee quit, he found his home. Even though he needed a talking to from Eleanor to find the answer, he was willing to change the Good Place and make it the paradise everyone deserved. 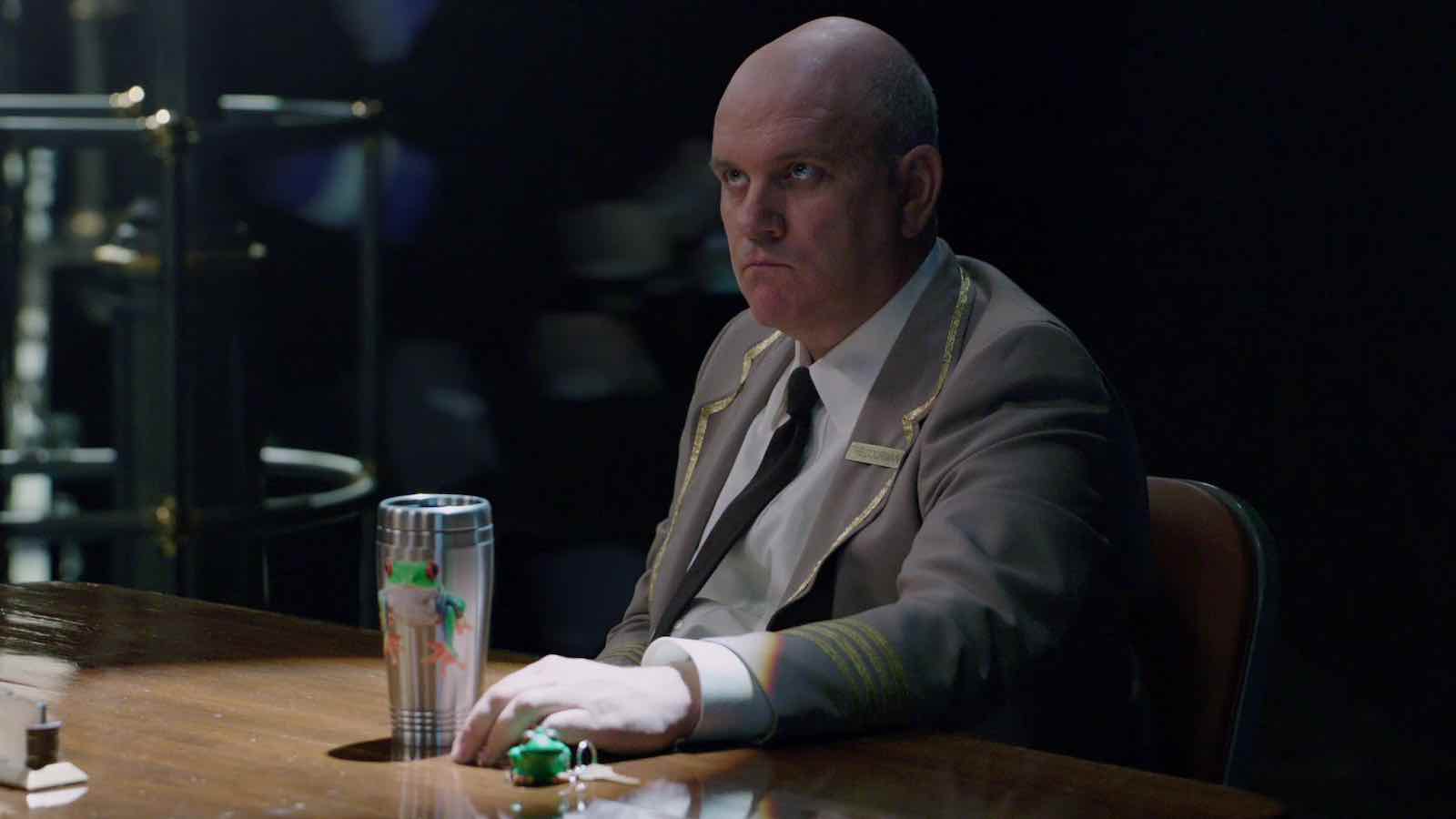 Eleanor makes a callback to when Michael had his mid-life crisis back in season 2 to help find a solution to the Good Place’s problem. “Every human is a little bit sad all the time because you know you’re going to die. But that knowledge is what gives life meaning.” So the door they create is the final step in your journey in the afterlife.

Walkthrough that door, on your own account, and your time in existence is officially over. No one will force you through that door, and you never have to go through it if you don’t want to. Now, everyone in the afterlife feels the same way on Earth: make eternity worth living because you can end eternity when you’re ready. 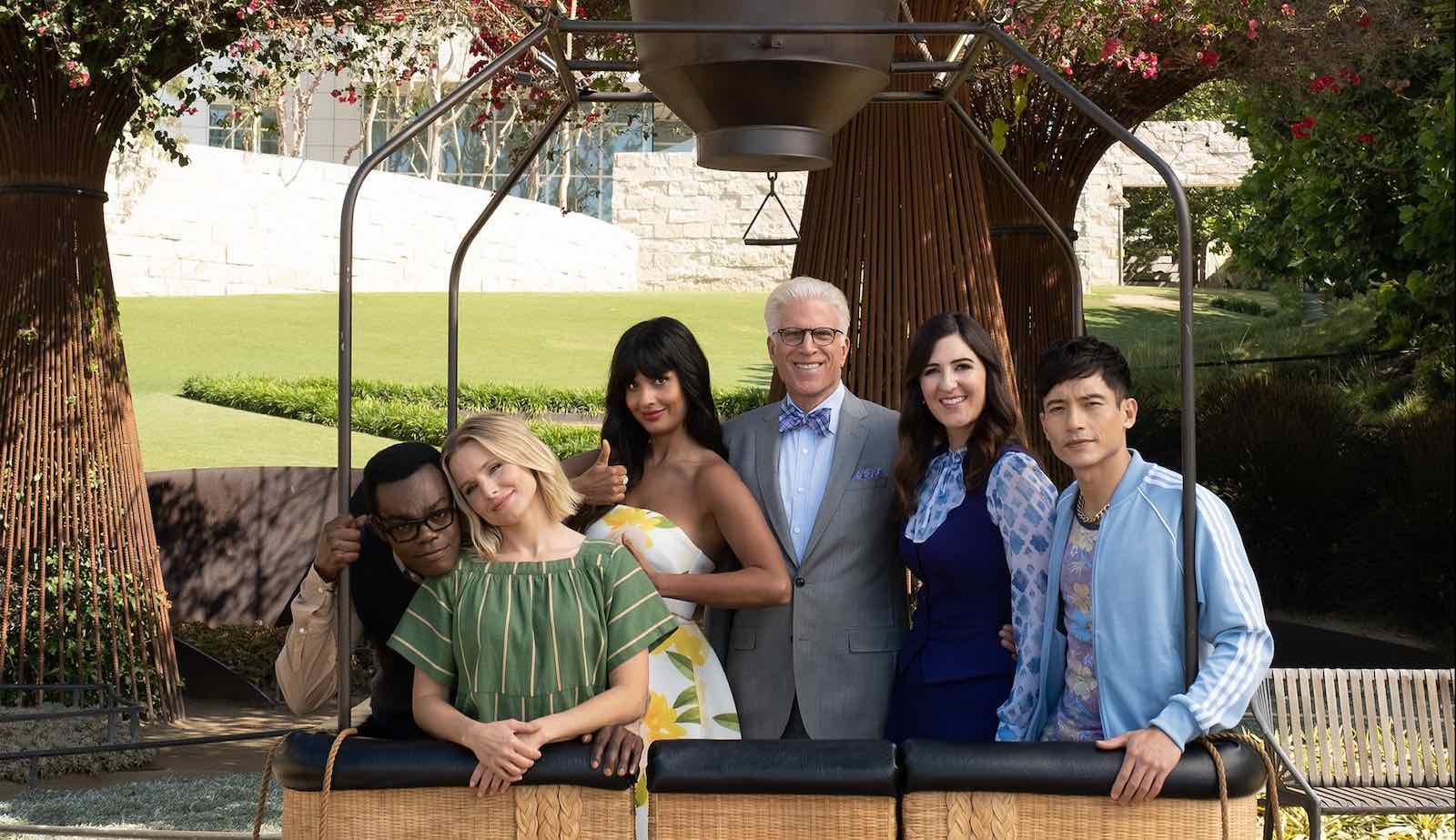 The tears will definitely be falling January 30th

So now that everything feels wrapped up with a tiny bow, how the hell does The Good Place have 90 minutes still left to tell? Well, the finale is called “Whenever You’re Ready”, so let’s take a solid guess: someone’s going through that door. We don’t know who, or why, but by the end of the finale, at least one of the Soul Squad is ending their existence permanently.

Personally, we like the theory that Eleanor goes through, and it zips her right back to the couch outside Michael’s office, restarting the entire show. The circle of life is real everyone! But no matter what happens, we’re packing the tissues because it is not going to be pretty when we finally have to say goodbye to The Good Place next week.