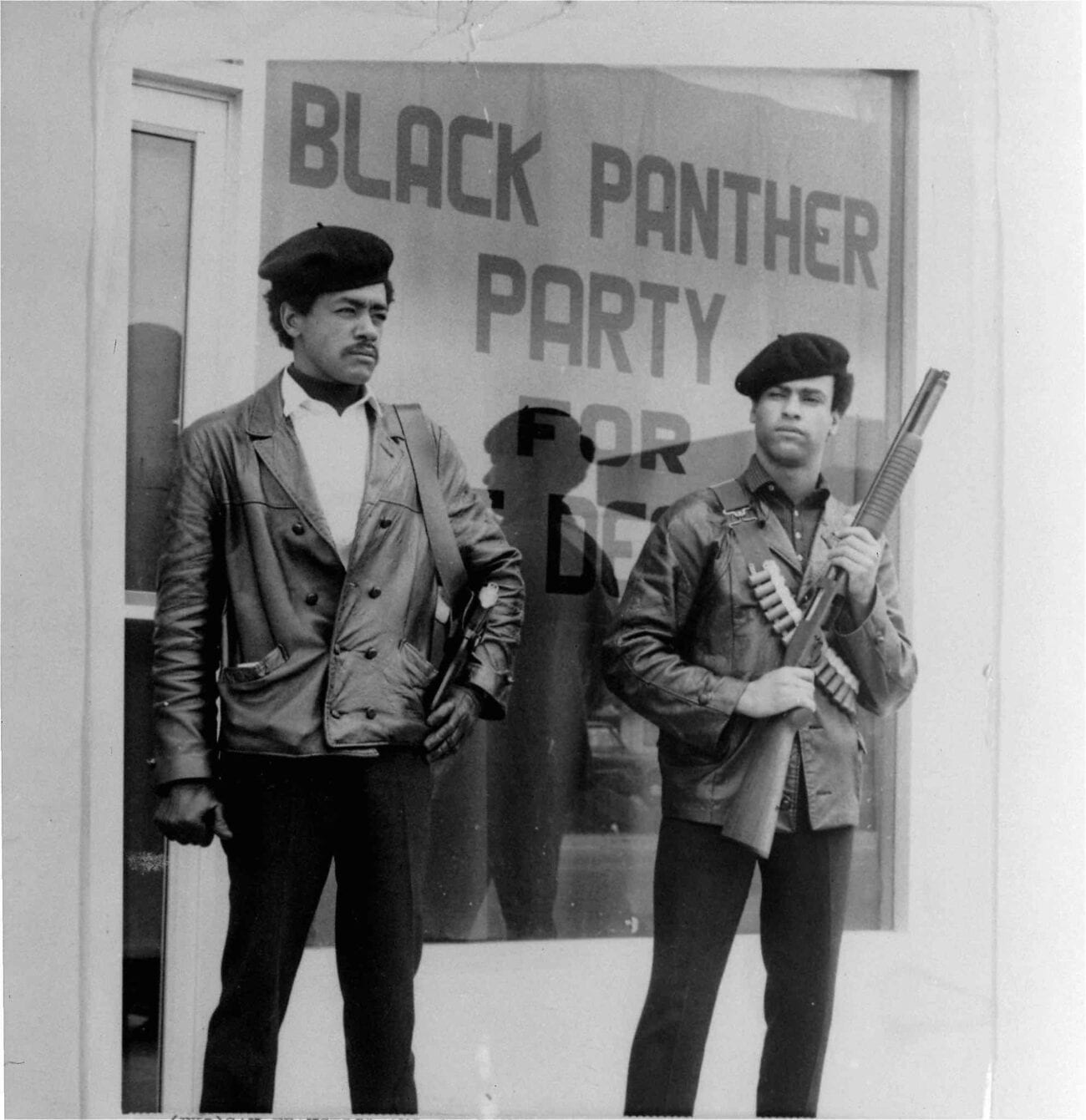 The Black Panther Party: You need to know these revolutionaries

The Black Panther Party was an activist group in the United States between 1966 & 1982 that empowered black individuals and campaigned for equal rights for African Americans.

The party was no stranger to controversy during its time, as some members promoted ideas of militant uprisings to support its cause. Despite these mixed beliefs, the organization blazed a trail for vocal minority groups and created notable members whose voices and principles are still echoed today.

Here are a few revolutionaries of the Black Panther Party you need to know about. 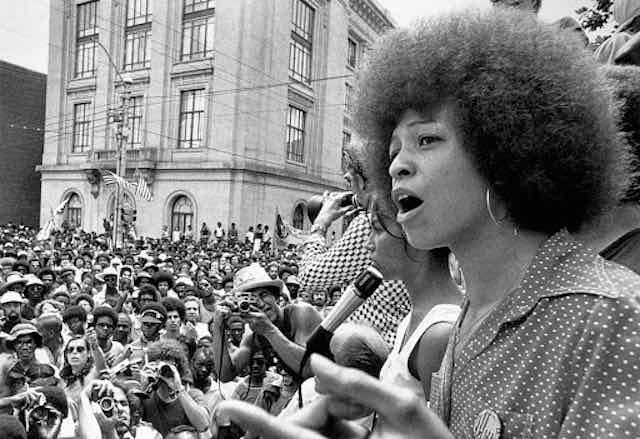 Mystery surrounds how deep Angela Davis’ involvement with the Black Panther Party actually goes, but there’s no doubt she was a revolutionary who used her position & education to help the Panthers in more ways than one. Davis began as a lecturer of philosophy at the University of California, Los Angeles. She soon got involved with the Black Panthers to provide its members with educational classes on politics – she was also a vocal supporter of the party’s militarism.

Angela Davis was an advocate for blacks in prison during the 1960s and became involved in a case about three African American prisoners who were accused of killing a prison guard. A botched attempt to free the men from prison occurred in 1970, and Davis’s close relationship to one of the prisoners led to accusations of complicity.

Davis achieved true revolutionary status when she went into hiding and earned a spot on the FBI’s Ten Most Wanted list. She was aquitted of the charges following capture and returned to her former life as an academic, supposedly no longer involved with the Black Panther Party. 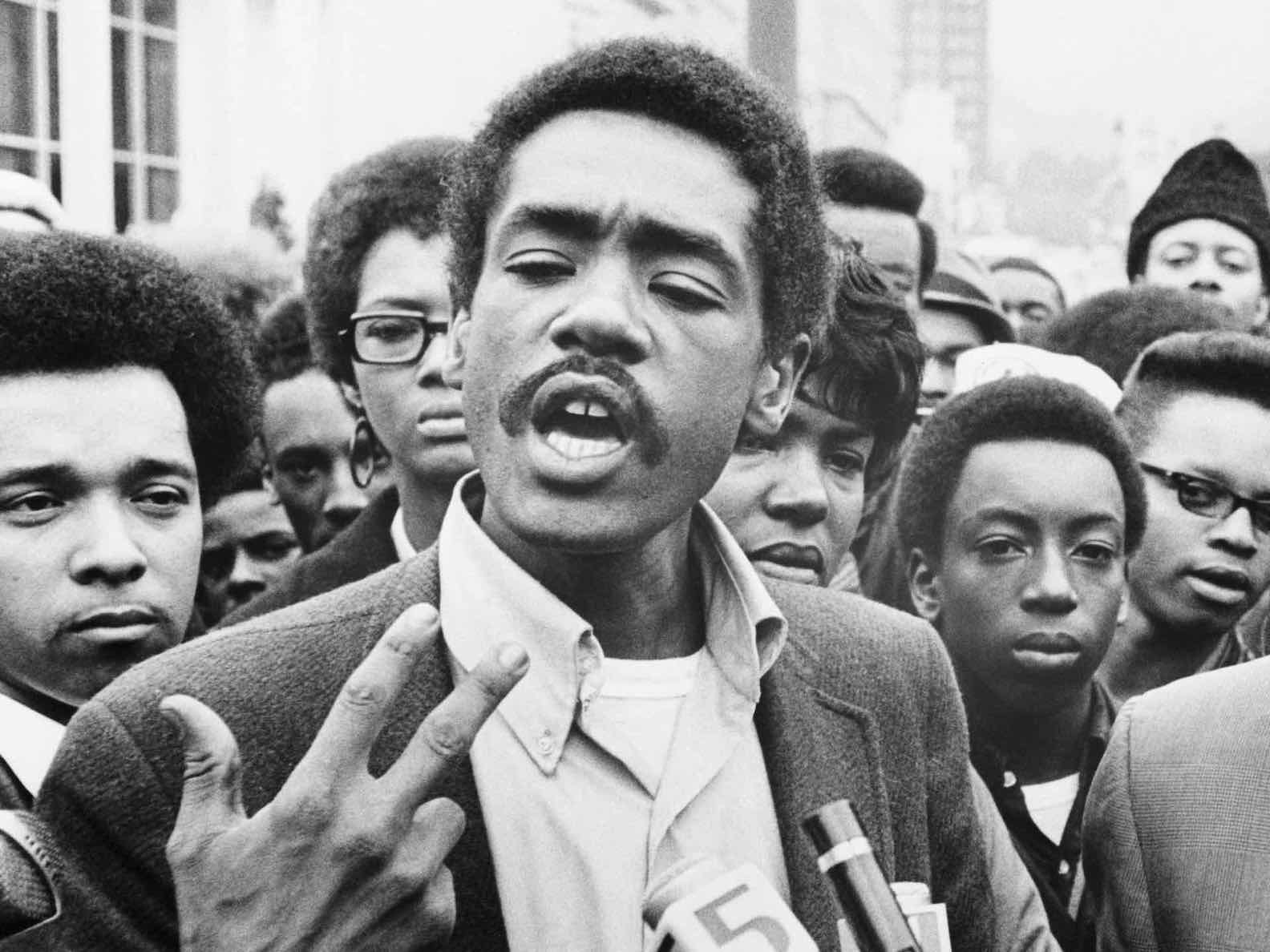 Bobby Seal’s commitment to activism reportedly came after hearing a speech made by Malcolm X. Seal – along with Huey Newton – helped create the foundations of what we now refer to as the Black Panther Party. He adopted slogans & ideologies from Malcolm X that promoted proactive and aggressive tactics to achieve justice.

Seal had more than one run-in with the law while with the Panthers: he was tried in 1969 with a group accused of starting riots at the 1968 Democratic National Convention and was also charged with a 1969 murder of a fellow Panther accused of being a police informant.

Bobby Seal’s revolutionary attitude became more subdued following the end of his murder trial with no conviction. He renounced violence and decided to leave the Black Panther Party in 1974. Seal focused his efforts on local politics and on making social reforms in predominantly black neighborhoods. 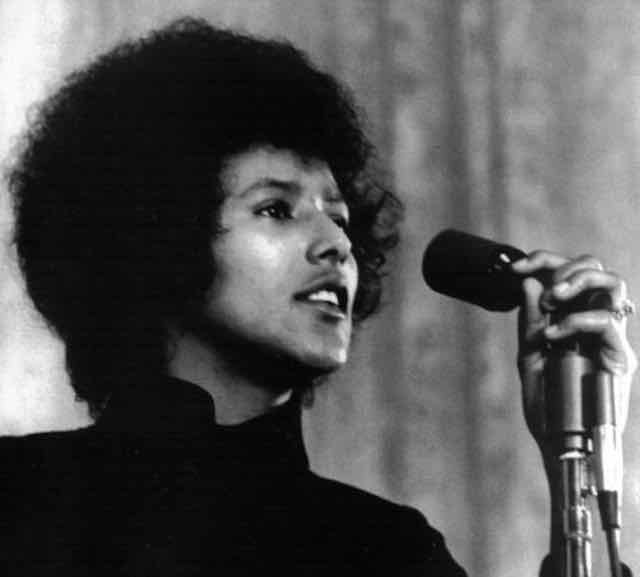 Elaine Brown is one of the most successful revolutionaries to come through the ranks of the Black Panther Party. She began her involvement by working and giving piano lessons in a well-known black neighborhood of Los Angeles in 1967. Brown started to attend Black Panther meetings in 1968 and even served as the editor of the Party’s newspaper. By 1971, Elaine Brown was elected to the Panthers’ Central Committee, making history as its first female member.

In 1974, Elaine Brown became the first and only woman to ever be elected chairman of the entire Black Panther Party following the absence or exile of its former officials. Brown’s success was short-lived as the primarily male organization voiced a body of opposition to her position, causing her to leave the Black Panthers in 1977.

Elaine Brown published a memoir in 1992 about her experiences with the Panthers, A Taste of Power. You may even remember Brown from her unsuccessful run for President in 2008 with the Green Party. Brown’s meteoric rise through the political system of the Panthers and the U.S. cements her revolutionary status. 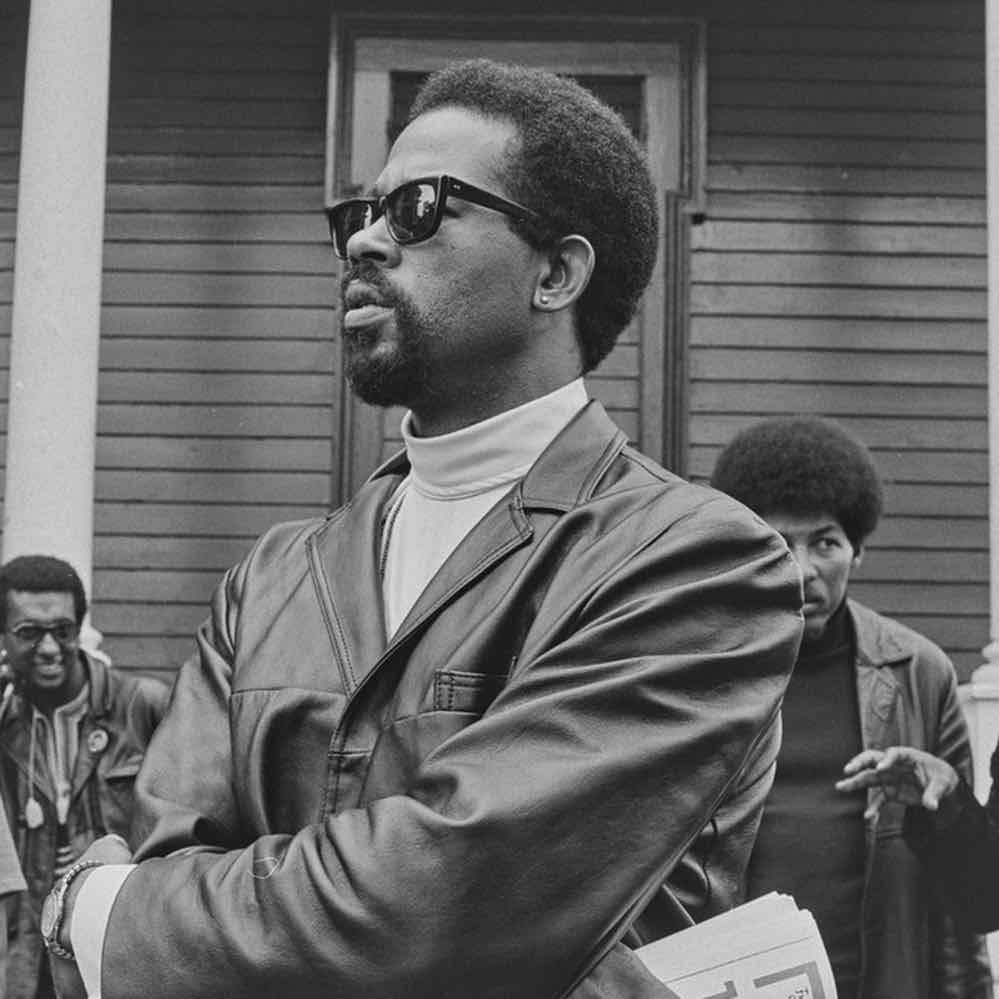 Eldridge Cleaver was a revolutionary with a criminal record who spent much of his early life in prison for crimes ranging from theft & assault to multiple accounts of rape. Cleaver referred to several of these reprehensible crimes as acts of insurrection he carried out for revenge.

A fundamental change occurred during his imprisonment in 1958, and remorse led him to write multiple essays and a memoir around his misdeeds and “blackness” titled Soul on Ice (1968). Cleaver joined the Black Panther Party in 1966 after his release and became a vocal supporter of violent rebellion.

Cleaver pushed the boundaries of the revolutionary mindset when he decided to try to run for U.S. president in 1968, and in the same year, violated terms of his parole by involving himself in a shootout between the Black Panthers & law enforcement.

Eldridge Cleaver fled the country but continued to push the Panthers toward militarism; he was kicked out of the Black Panther Party in 1971. Cleaver returned to the U.S. in 1975 with a new take on life, identifying as a Born-Again Christian, a devout Republican, and surprising many as a vocal supporter of Ronald Reagan’s presidency. 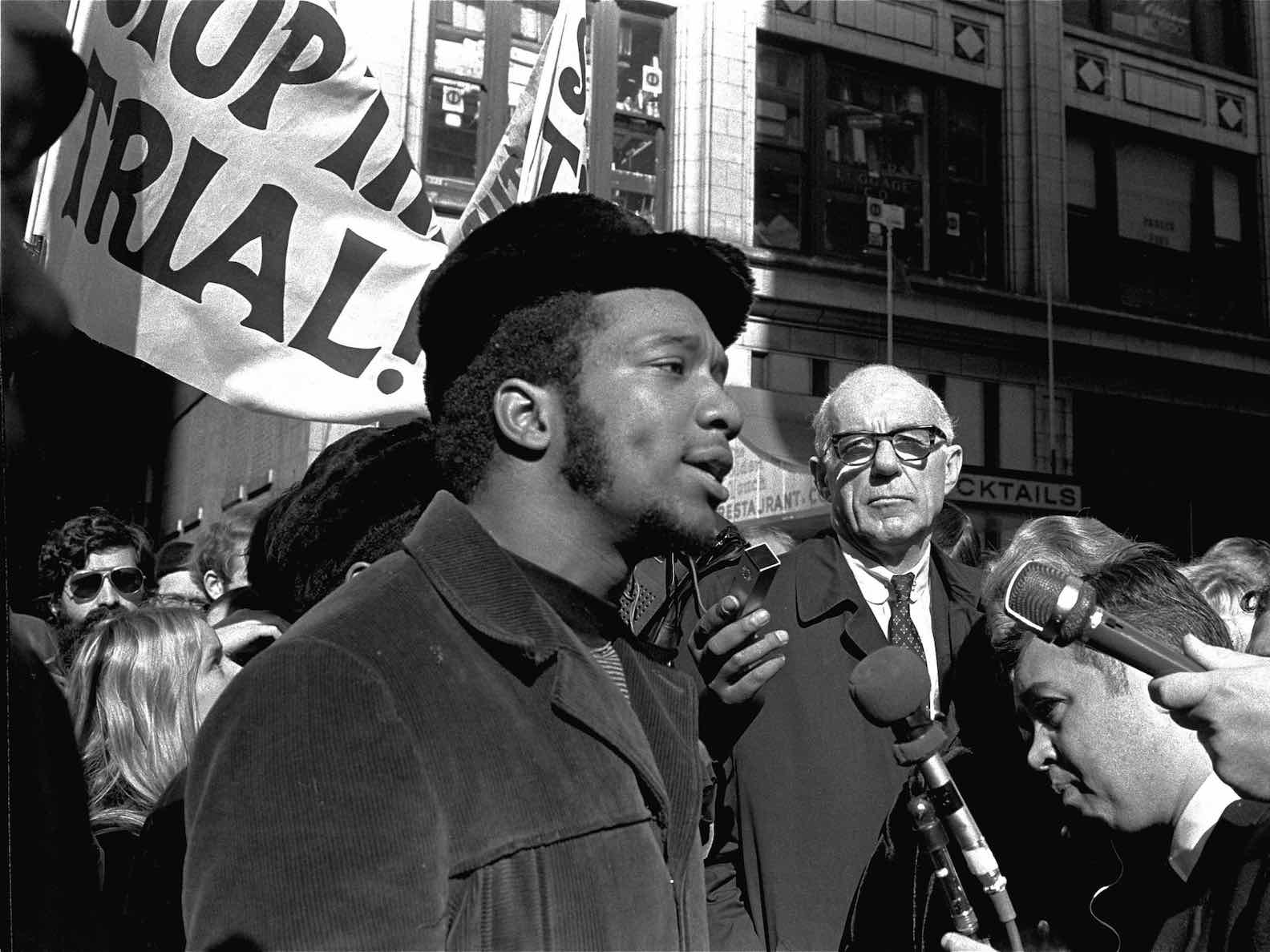 Fred Hampton joined the Black Panther Party in 1968. As a former member of the NAACP, Hampton became the head of the Chicago chapter of the Black Panthers in his home state of Illinois and quickly gained a reputation for bringing people of diverse groups together (peacefully).

Tragedy struck on December 4, 1969 when a police raid led to the shooting & killing of Hampton at the age of twenty-one. In the initial reports, first responders claimed they were attacked while presenting a search warrant and returned fire to defend themselves.

Fred Hampton’s death created immediate public backlash, especially after records were released showing the amount of shots fired by police. The FBI also came under scrutiny for their poor attempts to investigate the matter, spawning accusations of an agenda bent solely on taking down the Black Panther organization. 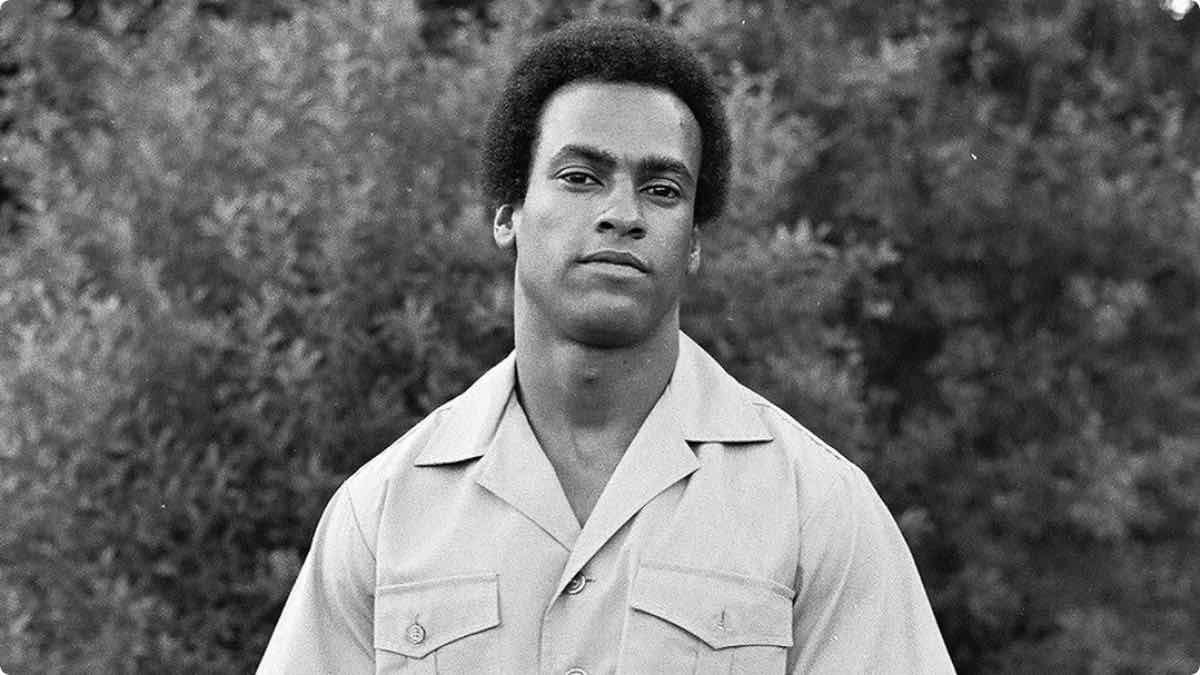 Newtown was a law school graduate who focused on equality for blacks, ending police brutality, and adopting militaristic tactics. He was arrested for voluntary manslaughter of a police officer during a traffic stop in 1967, but an appeal led to its overturn and Newton’s subsequent release from prison in 1970. After Newton’s release, this revolutionary figure dramatically shifted gears for the Black Panthers, putting efforts into community involvements for children & healthcare.

Huey Newton was accused of starting a series of events that led to the downfall of the Black Panther Party – notably, taking a step back from militarism and creating a literal divide in the party. Newton died by gunshot during a drug dispute in 1989, but his contributions live on in Black Panther lore. 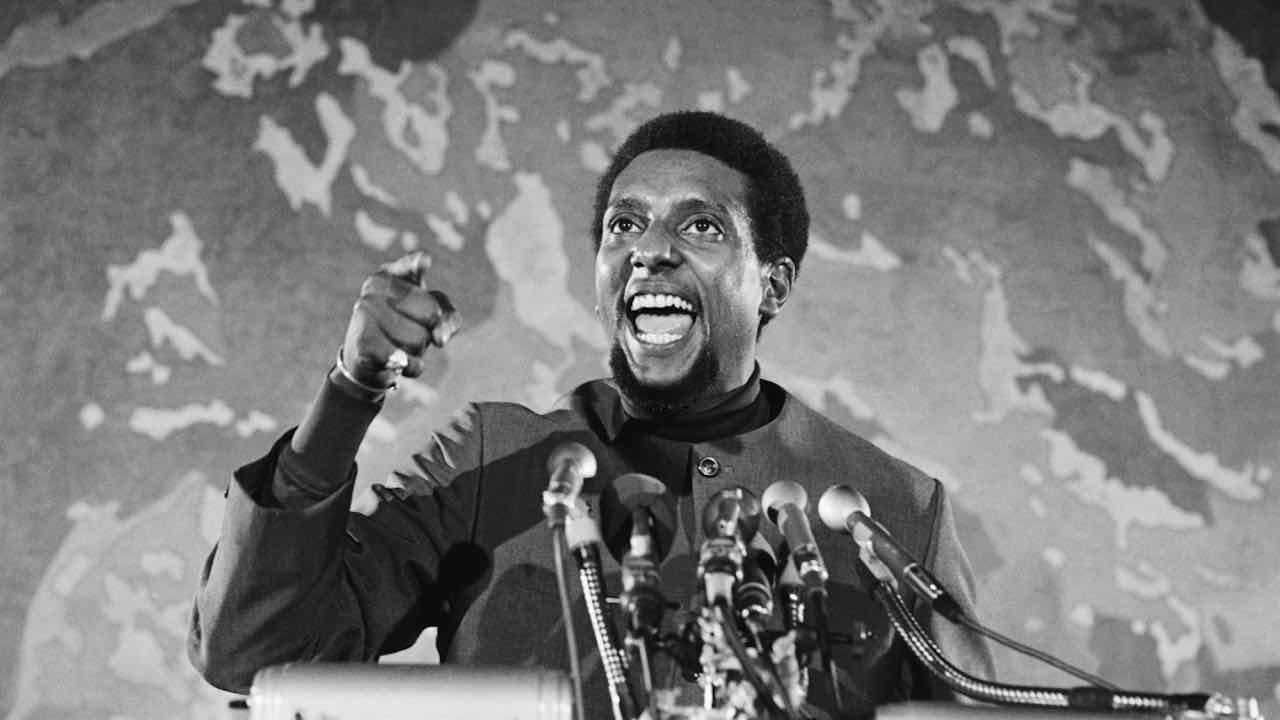 Stokely Carmichael is often credited as having coined the phrase “Black Power” in 1960s America. When he bravely organized a political party in Alabama in 1964 that identified itself with a picture of a black panther, the Black Panther Party used the very same image in 1966.

In 1968 Carmichael was made the honorary prime minister of the party, radically changing his views from nonviolence to more aggressive calls to action. He even decried attempts made by some Black Panthers to resolve disputes peacefully between white extremists.

By 1969 Stokely Carmichael left the Black Panther Party and the United States to move to Guinea. He opposed the new mindset of the Black Panthers and reportedly changed his name to Kwame Ture, honoring two well-known proponents of a growing Pan-African movement. 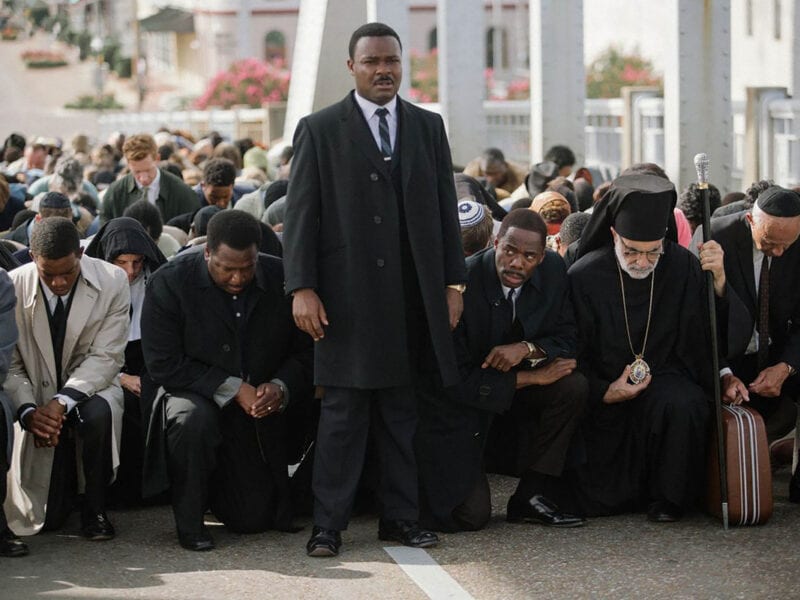 Celebrate Black History Month with these up and coming directors 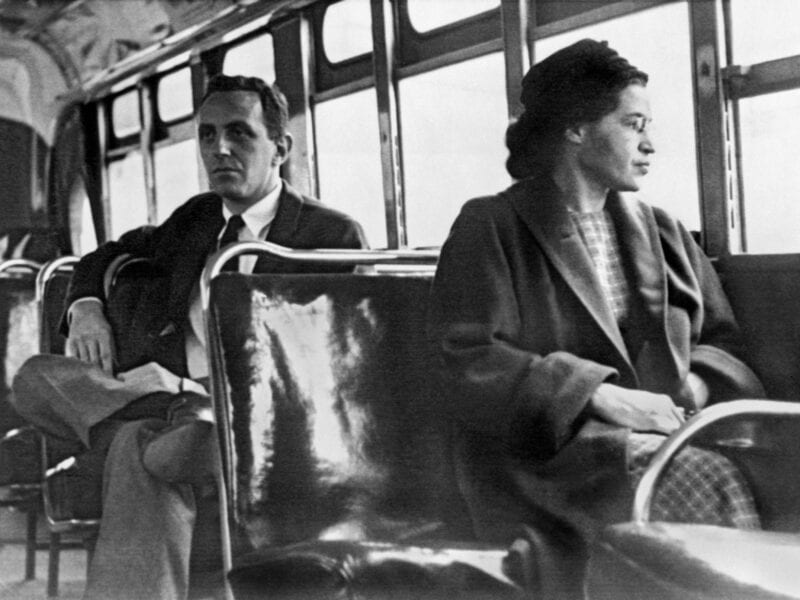 Before Rosa Parks, there was Claudette Colvin: Get to know her 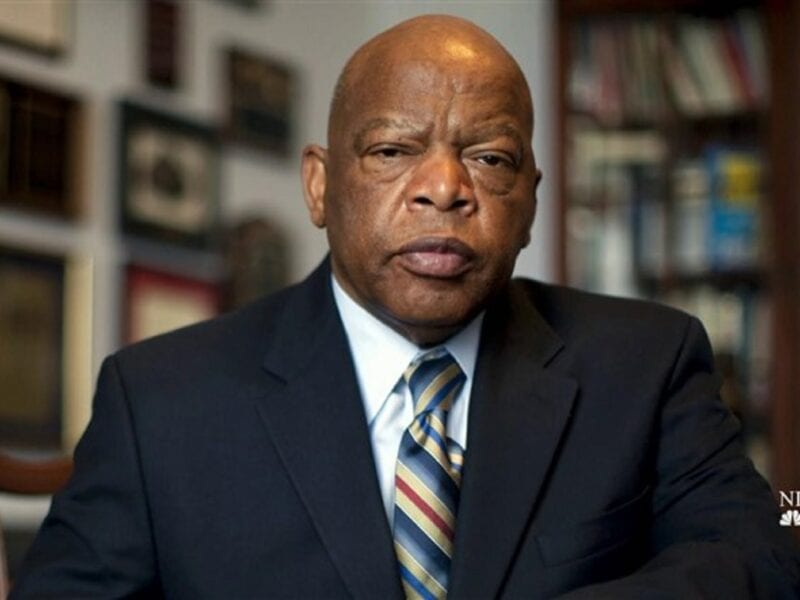 John Lewis the civil rights leader: All the badass things he accomplished