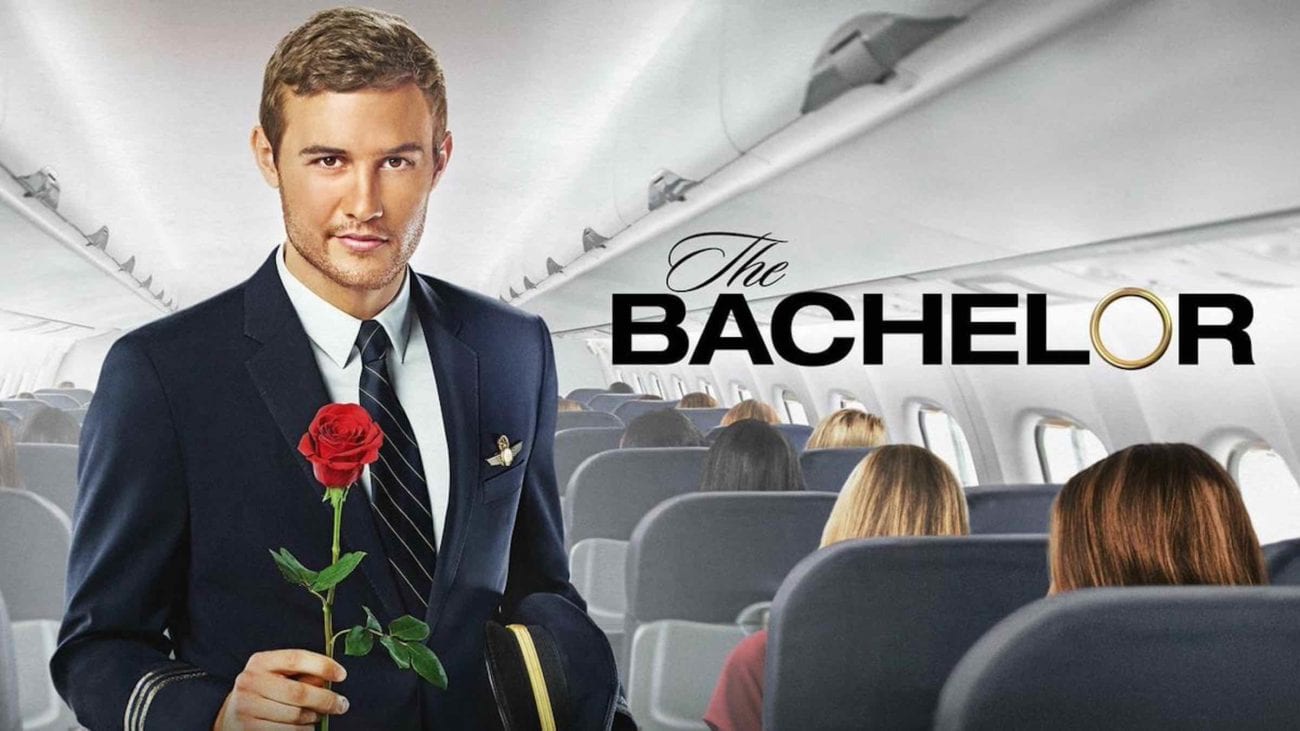 Why ‘The Bachelor’ finale should be its last

We know that you’re not glued to The Bachelor finale for its intellectual stimulation. The Bachelor franchise falls strictly into the “guilty pleasure” category of viewing, and while we can 100% support the release we all get from terrible people on terrible television, you’re better than this.

The Bachelor finale that aired this week promised just about everything except a live human sacrifice. Host Chris Harrison straight-up said it was going to be “one of the more controversial and shocking endings to a season that we have ever had on this show.”

We love a good twist, so we were totally here for this one. But this may just be the season where The Bachelor finale totally lost us. We know our relationship has been a toxic one, but it may finally be time for us to quit The Bachelor. Here’s why we’re finally joining the holier than thou folks who claim to be above the garbage show. 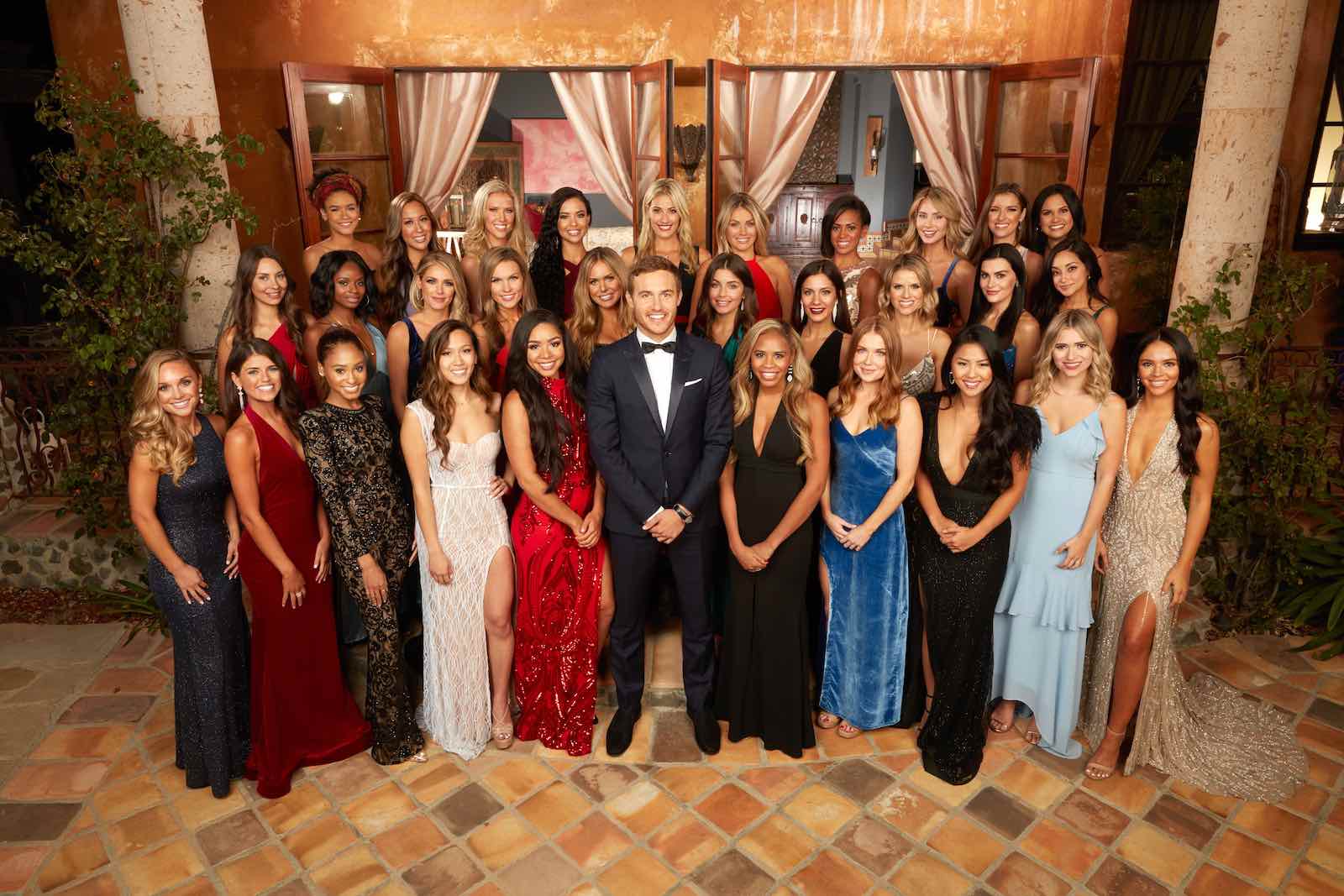 We know, we know, it’s awful

Let’s just get this out of the way immediately. We are well aware that The Bachelor is the worst. It hasn’t changed its basic format in 24 seasons, ignoring every progressive shift society has taken until it’s almost too late.

The first person of color stepping in as a bachelor was in season 18. Seriously. And he referred to gay people as “perverts”. Juan Pablo Galavis, 1948 called, you can go home now.

Speaking of the LGBTQ community, have they ever been represented on the show? That’s a hard no. While Bachelor in Paradise finally had a queer contestant last year, the OG The Bachelor hasn’t even dipped a toe in the LGBTQ waters. 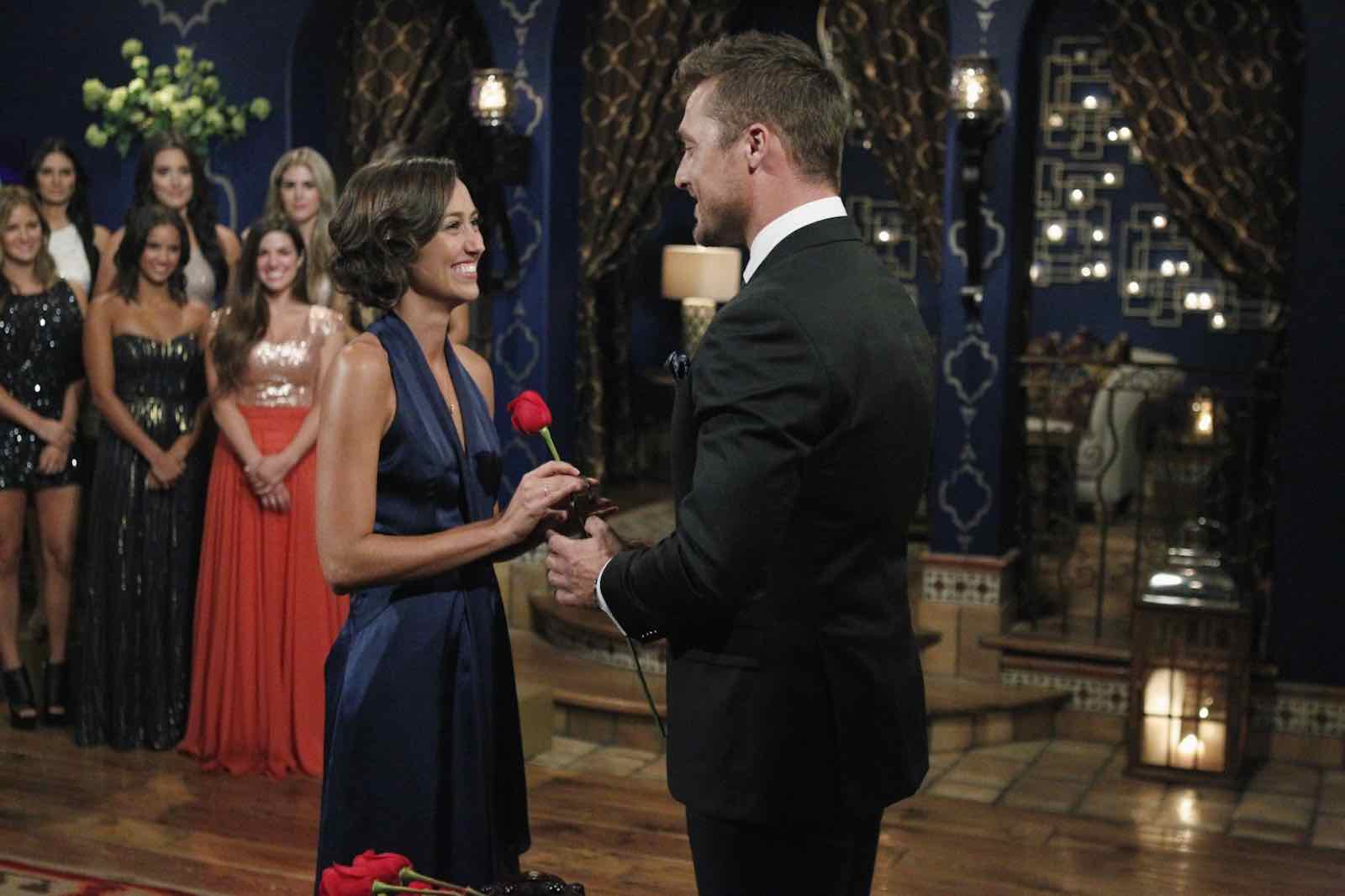 We know you’ve heard all of the arguments against The Bachelor, and they’re all true. 30 women battling for the attention of a “meh” single, mostly-white male who has a designer haircut and a trendy 5 o’clock shadow isn’t exactly the most feminist-worthy television.

Between the stereotypical gender roles, the objectification of women, and the catty nastiness that immediately spawns between the female contestants, there is nothing to be proud of in watching The Bachelor.

It’s basically the worst parts of humanity being portrayed on screen, and we know this. The thing that makes it truly terrible is that it’s the worst part of humanity from 20 years ago. We’ve grown, y’all. It’s time our trash television grew with us. 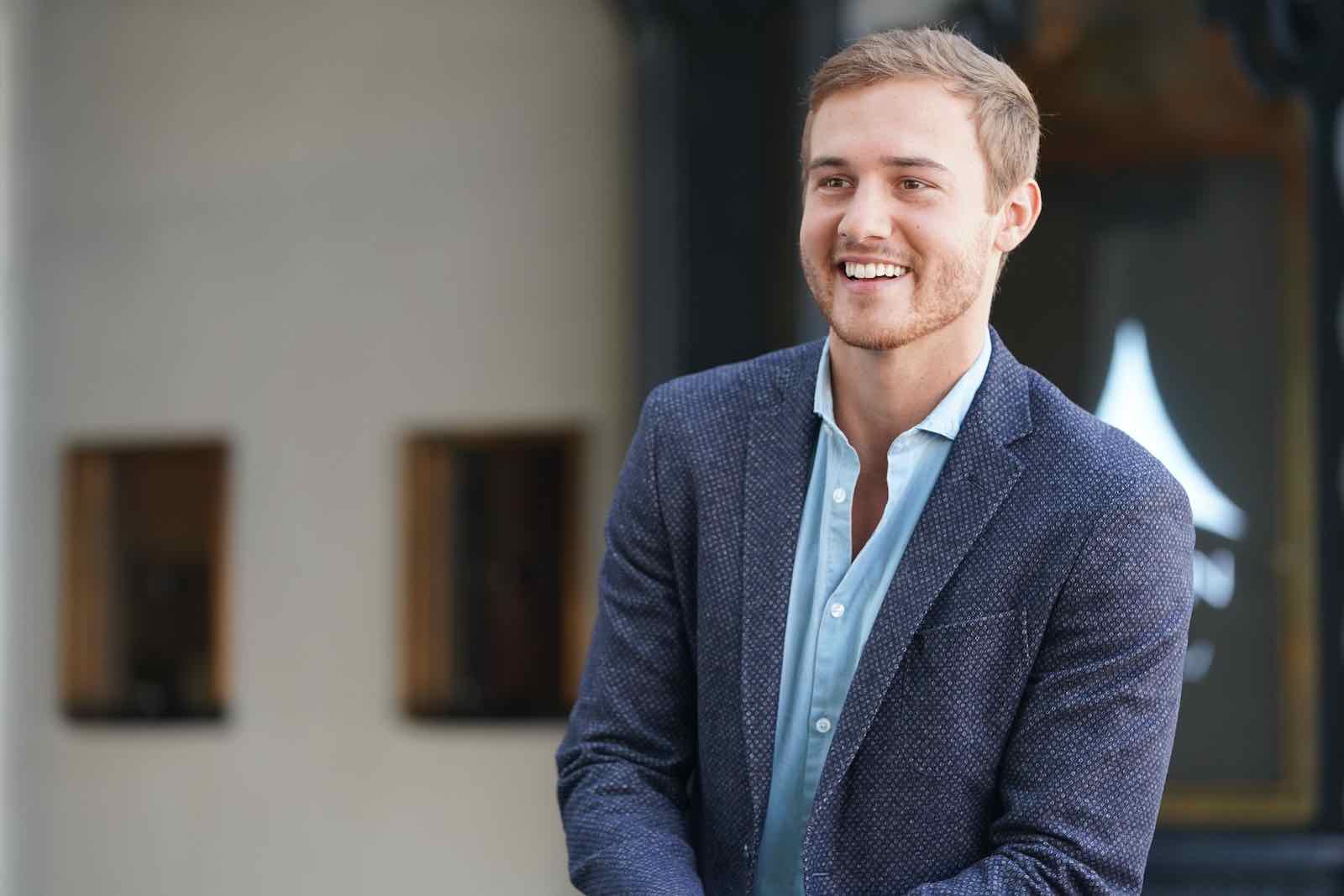 It took Peter for us to be truly embarrassed

Peter is . . . not a good human. We struggle to even refer to him as an adult human, as we’re not 100% positive he can make adult decisions, like when to go to bed at a proper time or that he needs to change his underwear daily.

Why are we so hard on poor Peter? We’re not entirely convinced that he’s not a robot, expertly crafted by the producers of The Bachelor for maximum drama and indecisiveness. What man purposefully claims that he “prefers relationships that are difficult”? 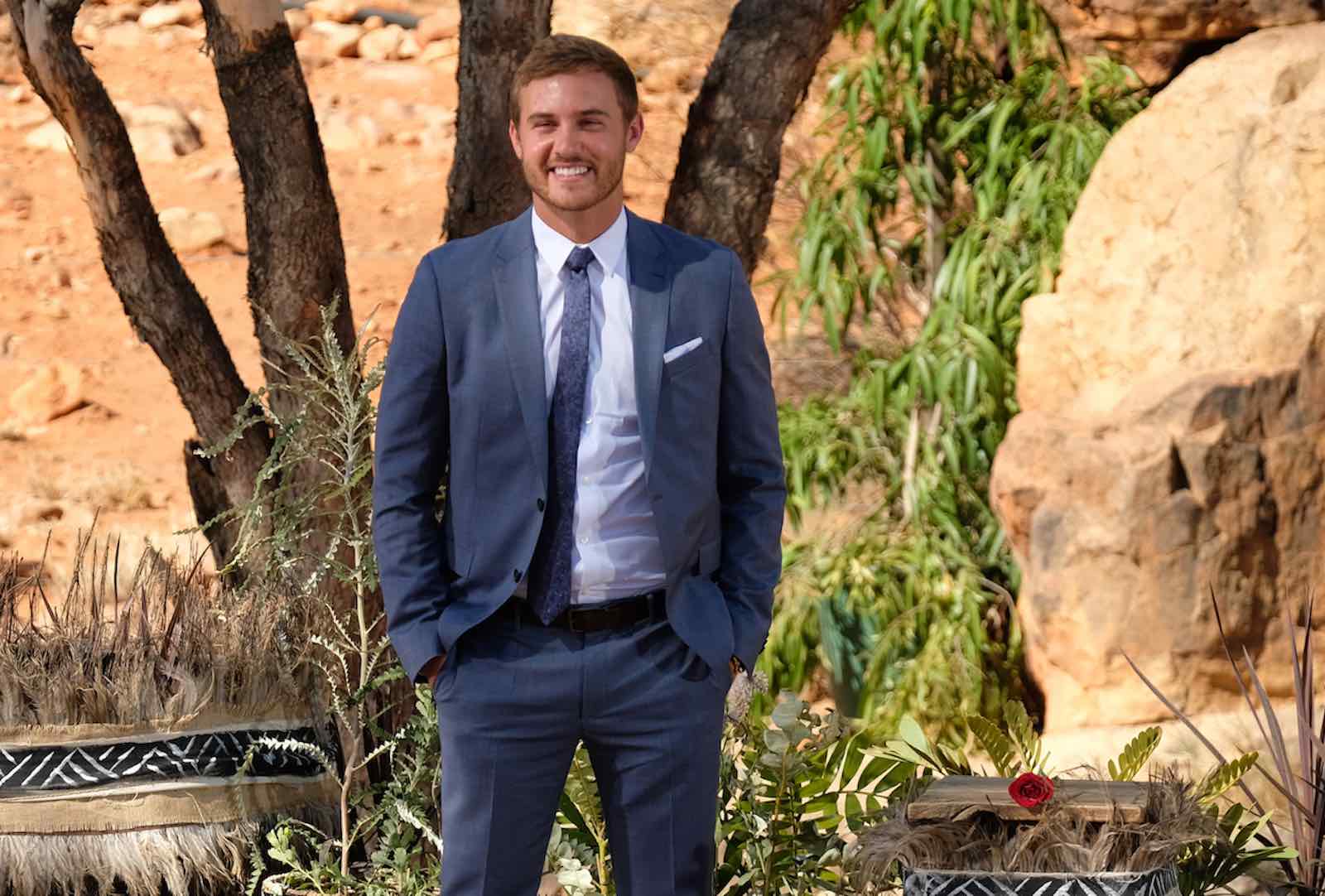 Peter seemed to naturally gravitate towards the worst of the women he had to choose from. We’re calling the awfulness of his 30 selections a win for women everywhere, as this has to mean that women who are intelligent and charismatic are not wasting their time fighting their way to a proposal on The Bachelor finale, right?

That’s not to say the women were fighting over some glorious grand prize. Peter isn’t exactly a catch, tbh. There wasn’t a single moment on The Bachelor where we even really liked him. While the idea of getting our flights comped is undeniably sexy, that’s truly all we found attractive in the 28-year-old pilot. He lacked charm, charisma, and even a little bit of appeal, but no one stopped watching him be a lumbering animal in the dating world. 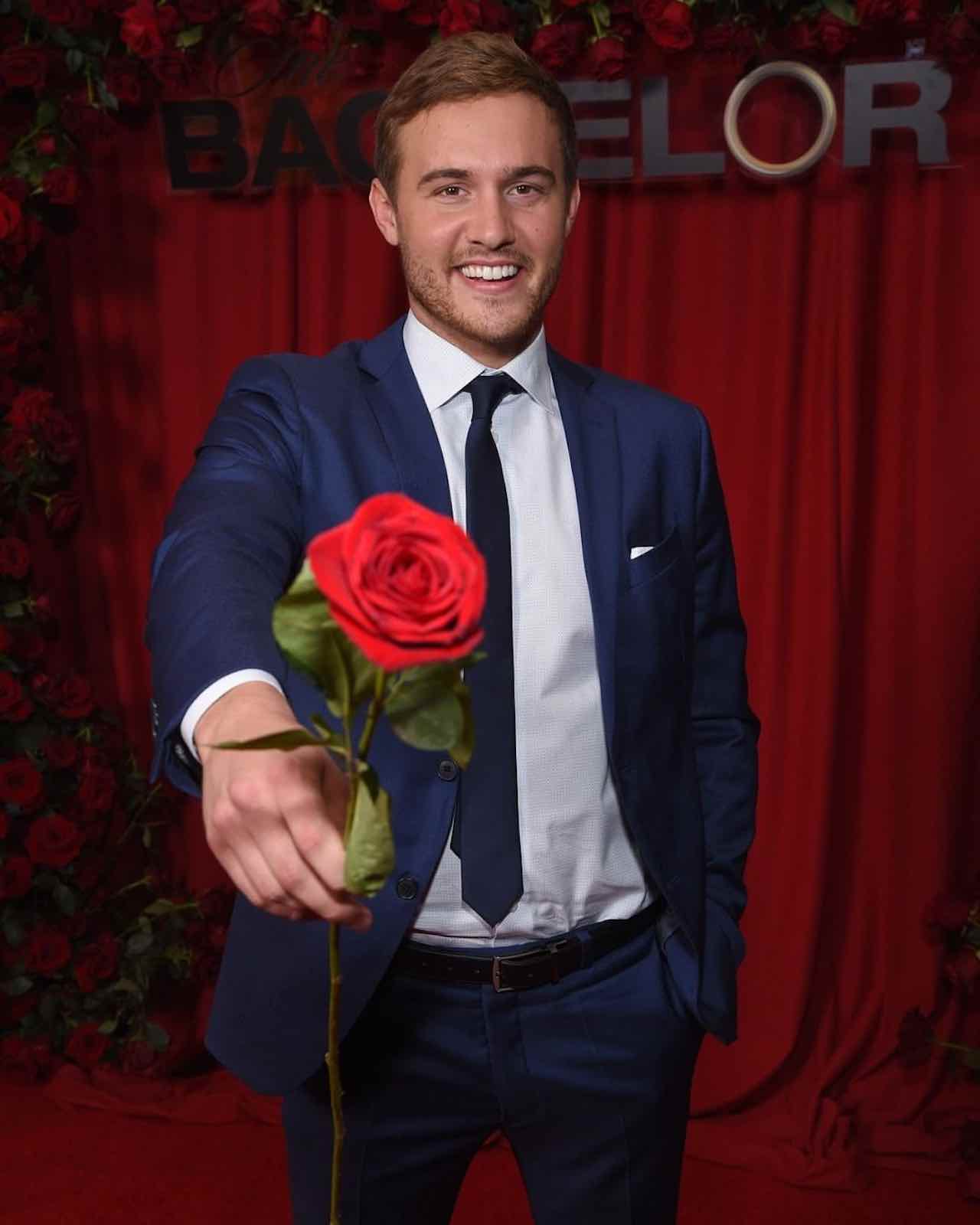 The Bachelor finale: A pile of hot garbage

This season of The Bachelor has easily been one of the most producer-driven clusterf***s we’ve seen in a while. Does everyone hate a contestant? Somehow that contestant will come back over and over again. Alayah became gum on our proverbial shoe.

We had no doubt that the finale would be FUBAR, as the producers were probably rubbing their hands together like Doctor Evil just plotting all of the ways they could get poor animatronic Peter to do their evil bidding. 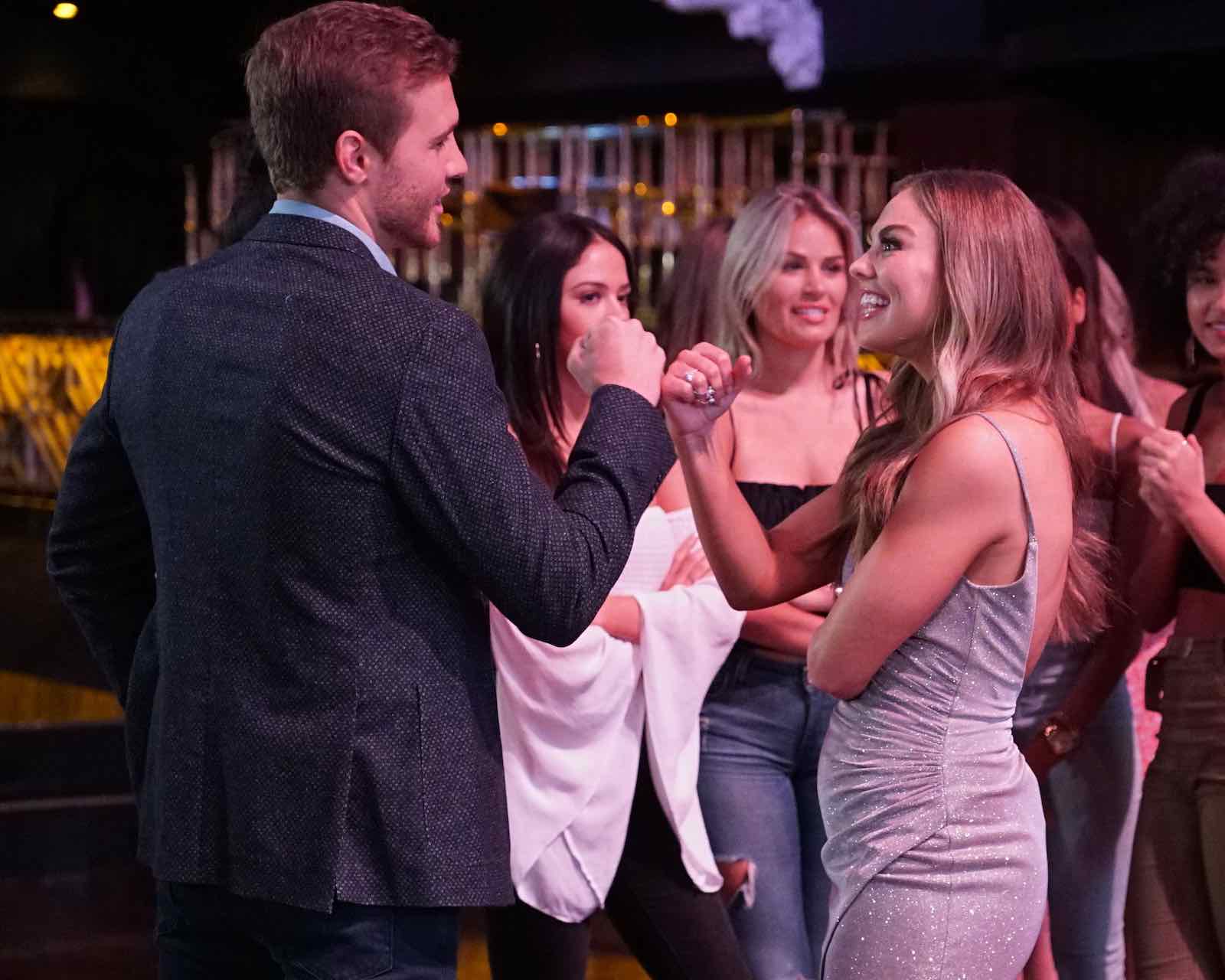 What did happen in The Bachelor finale? Madison dumps Peter. That’s fine. No one liked her anyway. What a bold twist for a woman to have an opinion on who she dates! What else could these evildoers throw at us?

Peter has more ladies in the tank, so he just decides to move onto the next contestant and propose to Hannah Ann. For her part, Hannah Ann does debate having some self-respect and blowing Peter off, but ultimately decides to go through with the proposal.

Peter sweetly declares “My heart chooses you forever”. Friends, we’re going to call this foreshadowing. Hannah Ann happily accepts Peter’s proposal, and all’s right with the world of The Bachelor. Or is it? 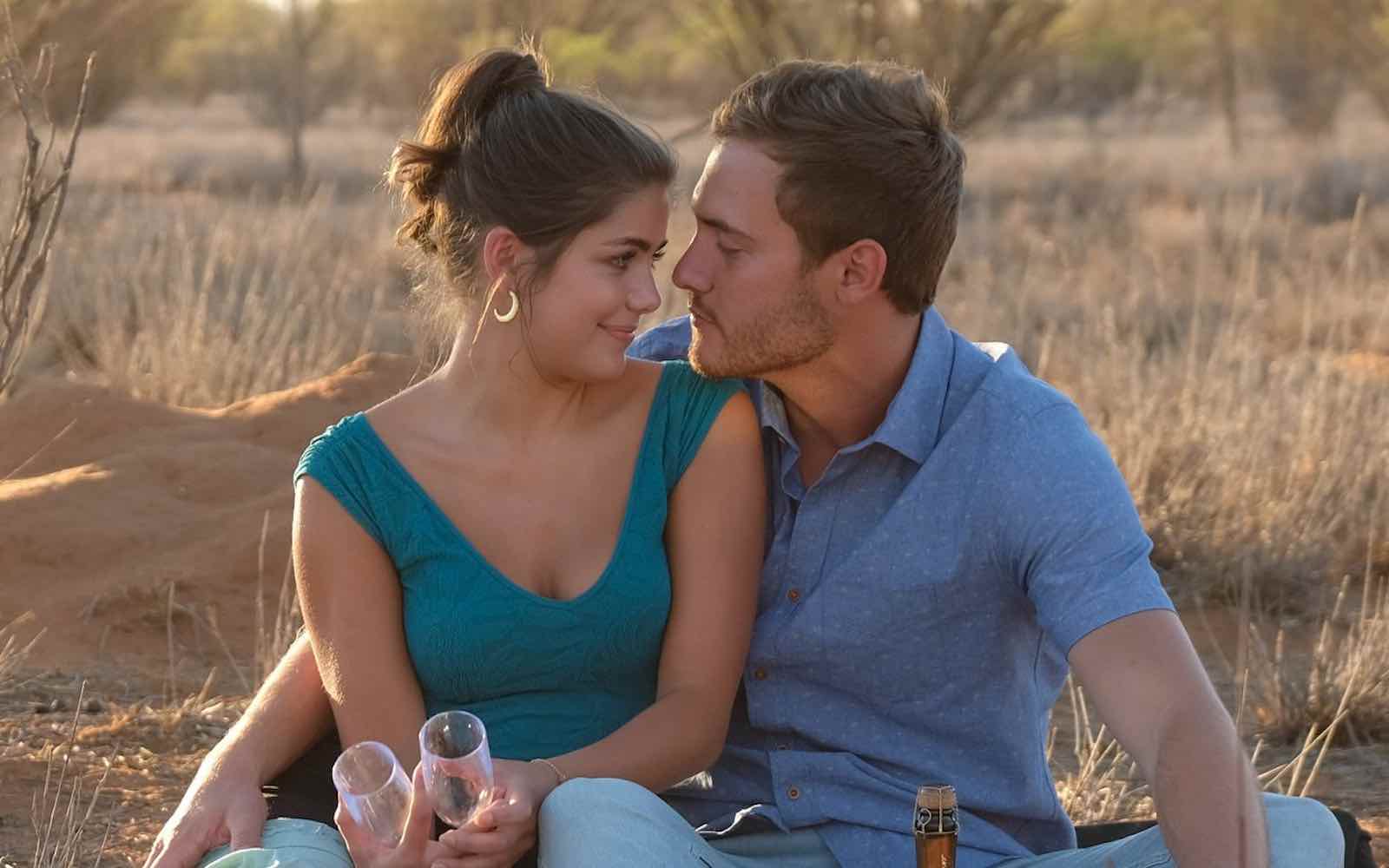 Hannah Ann made it totally clear that she wouldn’t be Madison’s sloppy seconds, and yet they all just decided to pretend that it didn’t go down that way. Even though it’s on television, people!

Regardless, in the After the Rose special, Peter admits that he couldn’t shake his feelings for Madison. Leading to witnessing a terribly long and awkward breakup between Hannah Ann and Peter. 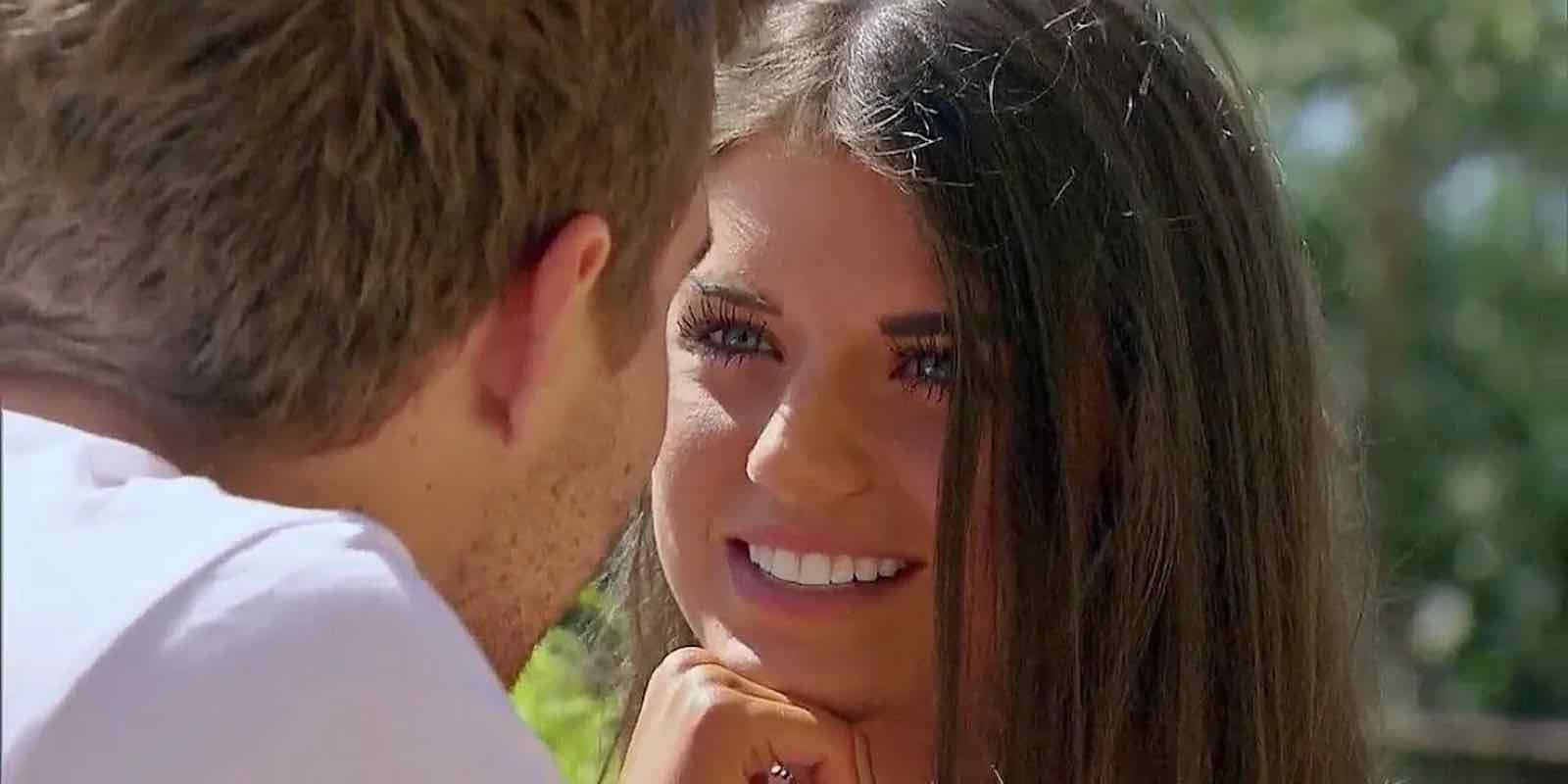 The Bachelor finale doesn’t end there, though. Peter and Madison have to be brought together again! The pair is reunited, supposedly for the first time since the show ended. While thankfully, there wasn’t another proposal, they do decide to see where their relationship goes without all of the alcohol, cameras, and overly involved producers.

Peter’s family decides that this is their moment to truly shine, making their feelings for Madison and Peter’s pairing truly known. Peter’s parents actually give us insight into the dumpster fire this season has been, as they clearly feed the drama, just as their son did all season long.

Bachelor fans, we’re better than this. Let’s go find some new garbage television to watch. Has anyone checked out Netflix’s Love is Blind yet? 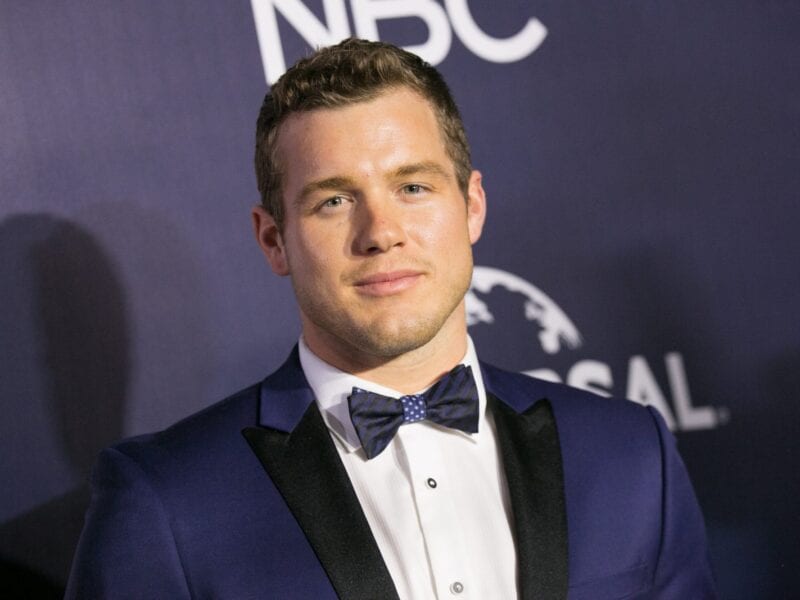 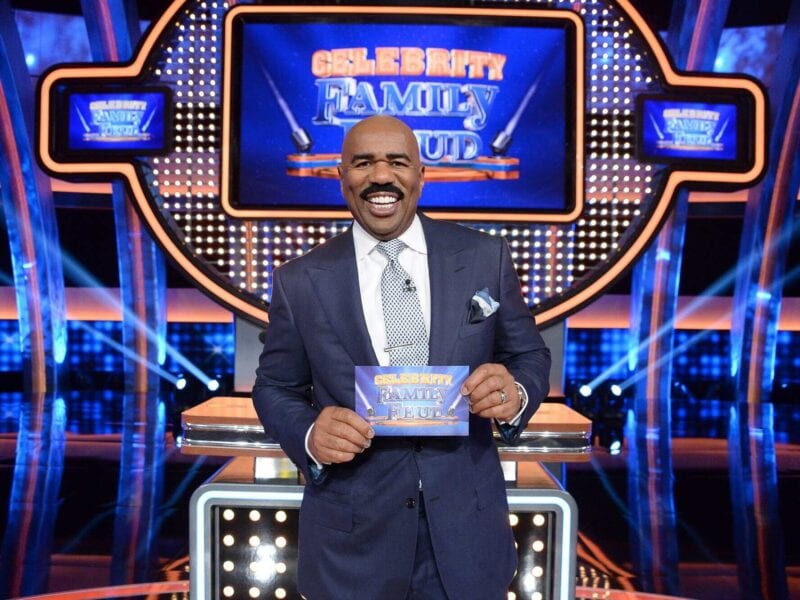 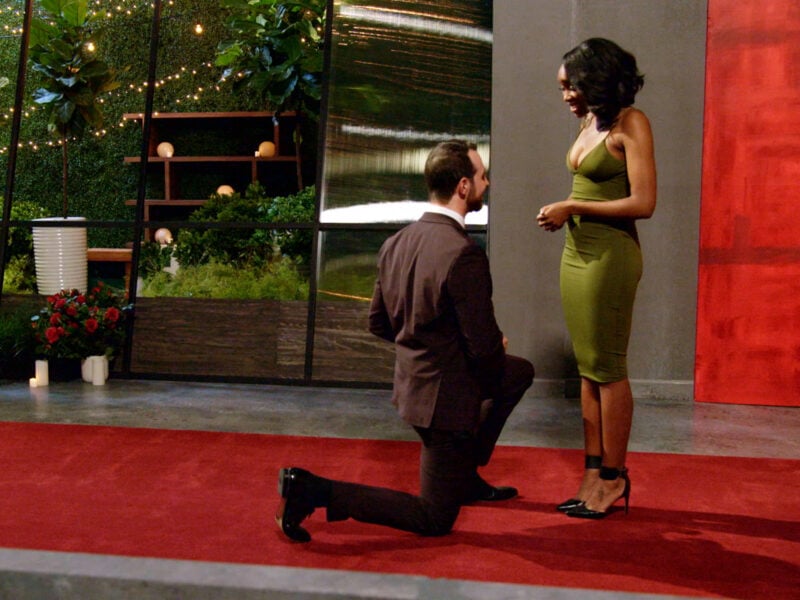 The 7 best new reality dating shows you need to binge