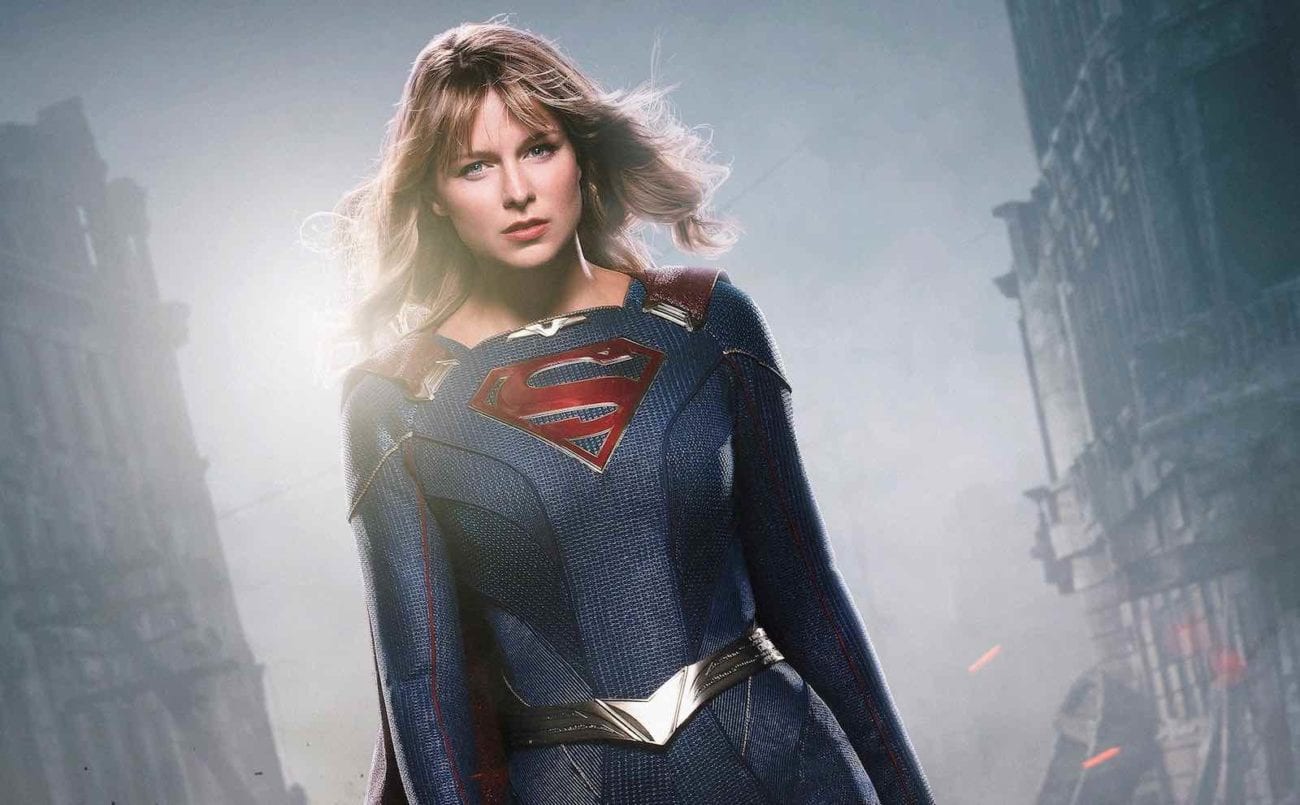 It feels like only yesterday that season four of Supergirl wrapped, and our Sunday nights have been so boring without it. To help us through the lonely months without Supergirl, the team dropped a new trailer and held a panel at SDCC this past weekend.

The Greg Berlanti-led series has done a great job at giving depth and complexity to our Supergirl, Kara Danvers, played with warmth & wit by Melissa Benoist. We’ve got to hand it to The CW: Supergirl is currently one of the most feminist shows on TV. Kara is smart, tenacious, and confident, equally adept at combating everyday girl problems as the alien & metahuman threats coming down to Earth. Damn, girl!

Here’s everything we know about S5 of Supergirl, airing Sunday, October 6th. 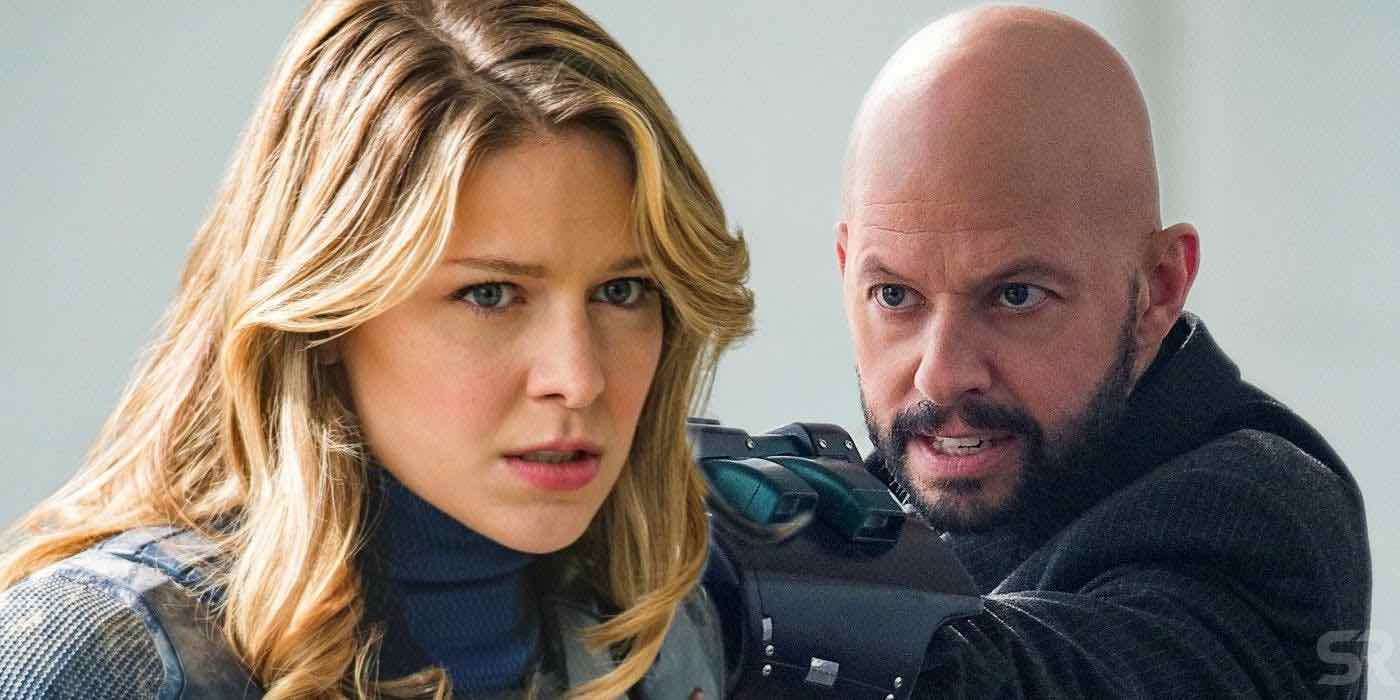 Jon Cryer returns as Lex Luthor in season five. Speaking of his resurrection on the Supergirl Comic-Con panel, Cryer quipped, “The character I played died, which is really sad, because – I don’t know if you know anything about comics, but – if a character is dead, they’re dead,” Cryer said during the Supergirl panel. We have no idea whatsoever how Luthor will return, but he’s coming back.

In addition, Supergirl will be fighting the powerful, secret organization Leviathan in S5. In the S4 finale, we learned they were in control of Lex Luthor. 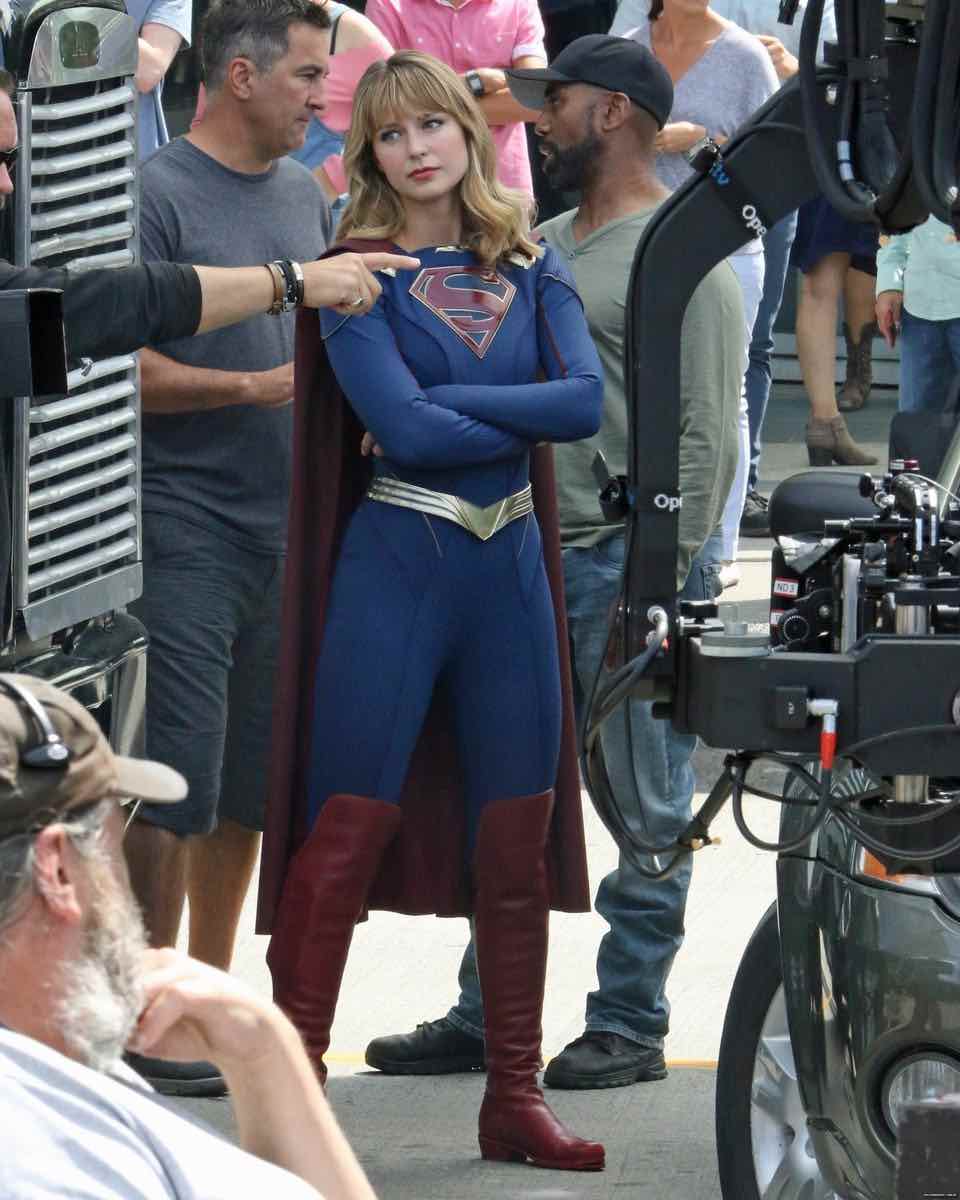 Full leggings in the costume

For the first time since Supergirl’s outfit was introduced in S1, there’s been a change to her costume. Supergirl will now be clad in a Kryptonian super suit for a more streamlined look and of course further leg protection. Supergirl can also be seen sporting stylish bangs in the trailer. The new costume was created by show designer Victoria Auth with support from Ironhead Studios and Bill Hargates Costumes.

Showrunners Jessica Queller and Robert Rovner stated about the costume: “We’re beyond excited to update Supergirl’s iconic suit. We think her new image is strong and powerful. We hope the fans are as excited about it as we are.”

“I just think it’s more adult,” Melissa Benoist, who plays Kara, opined. “Part of my goal in this whole series [is that] for whenever the show ends, I just want there to be a very clear arc for this character, that she evolved as a woman and found her femininity and her adulthood – just a self-discovery.” 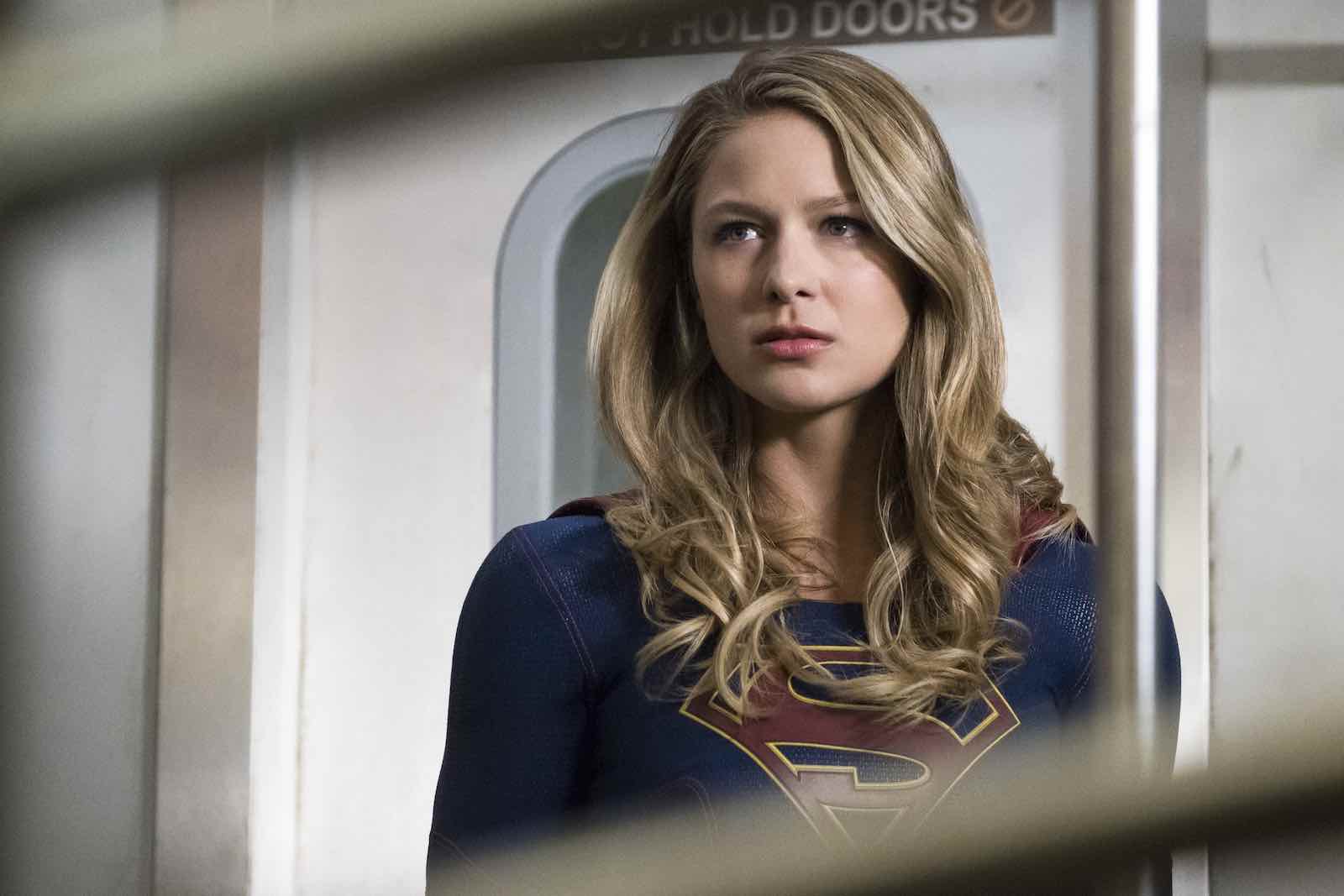 Julia Gonzalo will be playing Andrea Rojas a.k.a. Acrata, a powerful Central American businesswoman who holds a mystical secret.

Staz Nair will be playing William Dey, a character created for the show whose cynical attitude clashes with Kara’s idealism He’s always looking for the next big story to scoop at CatCo, but his ties to a group of criminals prove problematic. 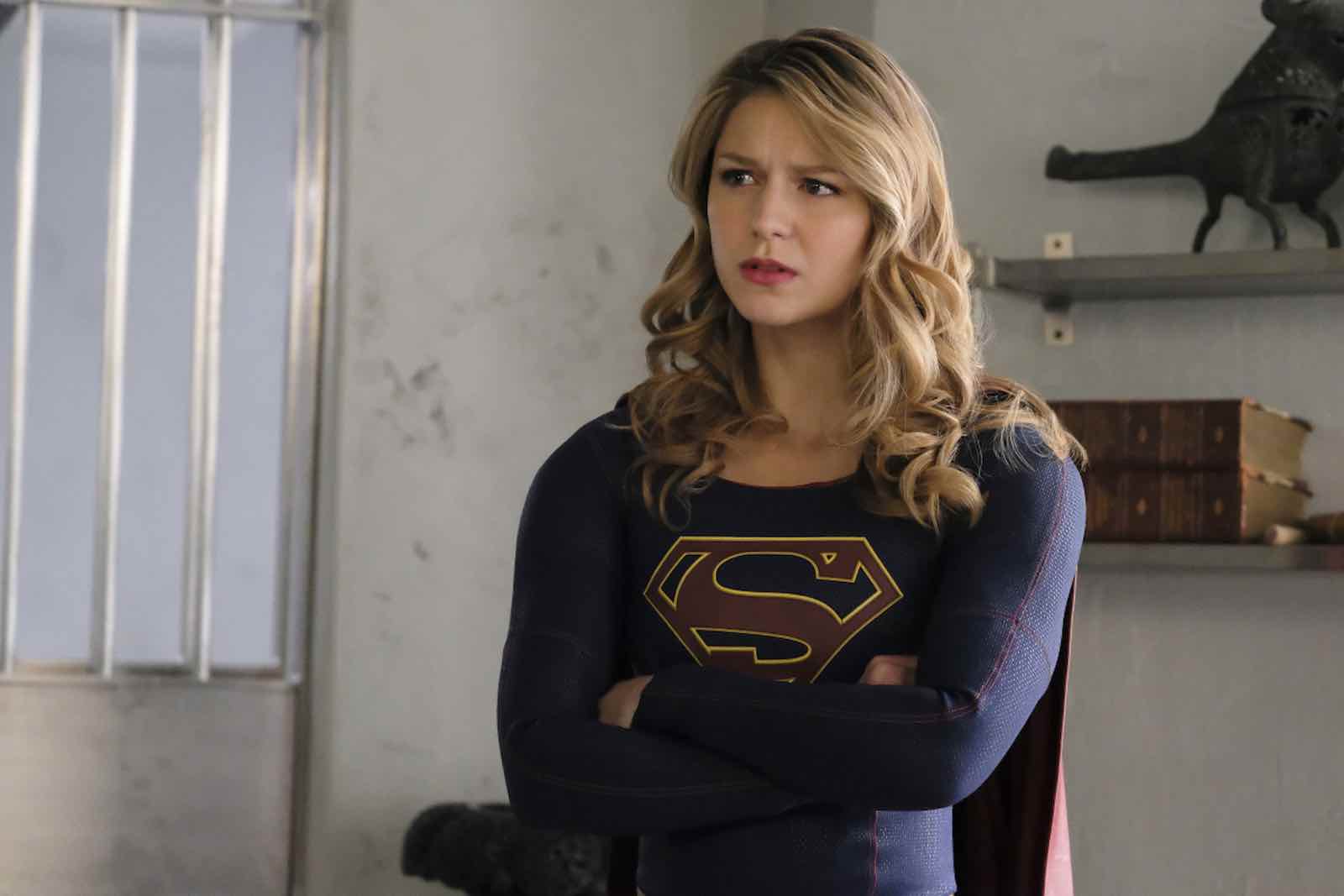 Benoist is stepping behind the camera

Melissa Benoist will be making her directorial debut this season.

Unlike the other stories from the Arrowverse, Supergirl is focused on family (rather than found family). Not only is Supergirl dedicated to her blood family, she also has great relationships with her adoptive family, especially an open and honest relationship with her sister & mother.

Even though Supergirl’s an alien in a foreign land, Kara’s dedication to her fam makes her incredibly relatable. We’re looking forward to seeing how her personal relationships develop in this new season and to see Supergirl grow into the fantastic women she’s fast becoming.