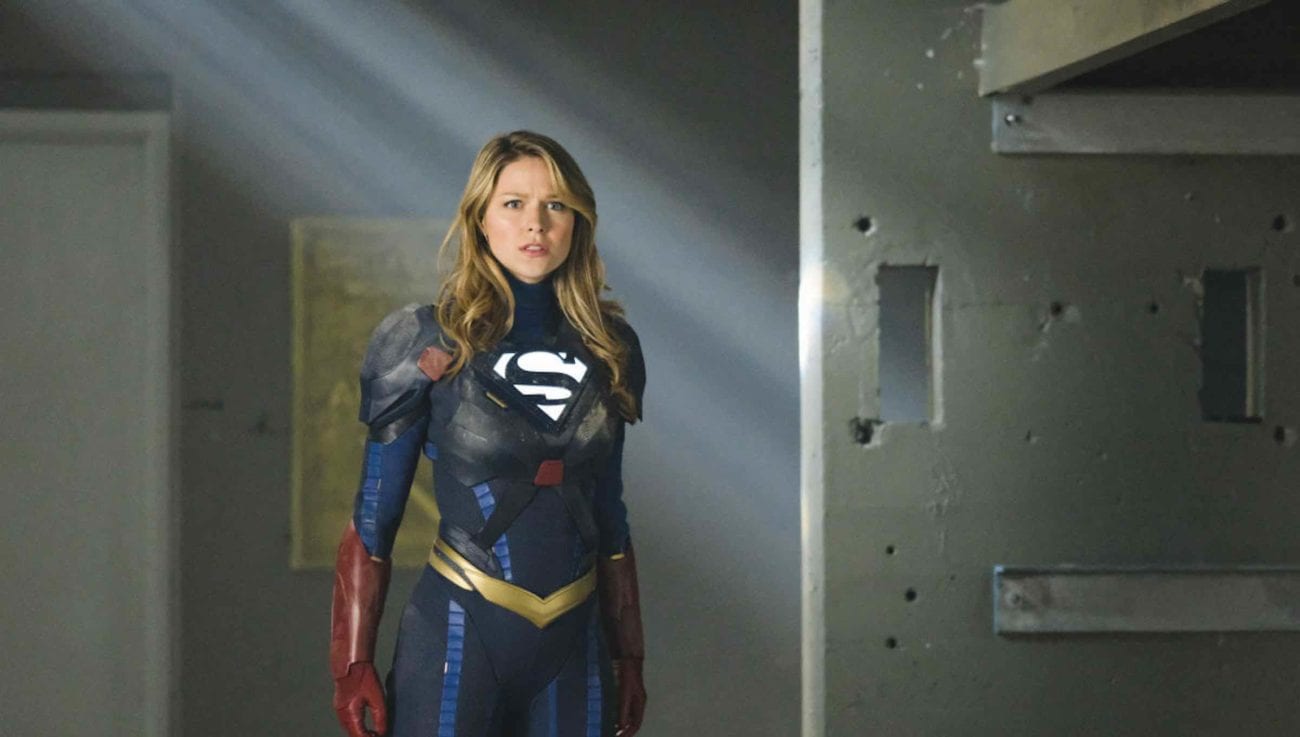 ‘Supergirl’ season 5: Why we like Kara best as a single lady

Supergirl has always done character work well. Even if the overarching plots for the seasons were shaky, the characters of The CW series more than made up for any bad storytelling decisions. Once Supergirl had its stellar fourth season, they had a good story along with great characters. Some of those characters like Alex (Chyler Leigh) and Nia (Nicole Maines) even had their own romances that were pretty well received.

Then there is Kara (Melissa Benoist) who, well, for some reason the writers of Supergirl can never really land a good romance onscreen for her. The question is, however, does Kara even need to have a romantic relationship? Here’s why we think that Supergirl should go the route of Crazy Ex-Girlfriend and have Kara remain single. 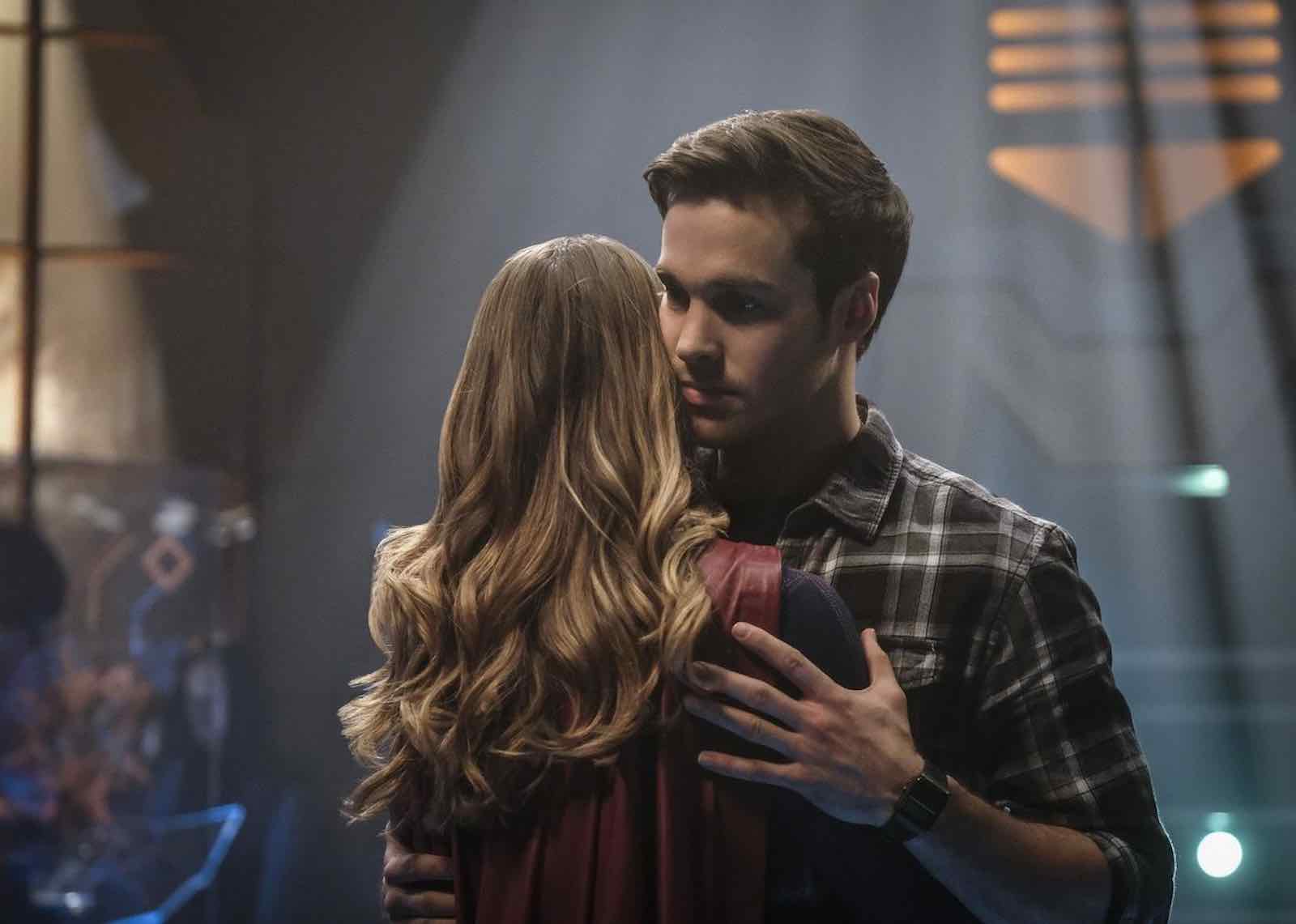 Kara gets defined by her romance

Whenever Kara has a romantic interest be it James (Mehcad Brooks), Mon-El (Chris Wood), or even a crush such as William Dey (Staz Nair), she automatically is defined by the romance. It becomes the major point of conversation when not discussing saving the world. Kara is so much more than her romantic entanglements that making any hint of romance the center of her being does a disservice to her character.

More to the point, for some reason, it feels like the other characters are pushing Kara into a romance in a way that you didn’t feel when say Alex or Nia heads down a romantic route. Yes, there is a clear interest. But they allow the interest to grow in a natural way instead of just forcing it to happen. If the Supergirl writers cannot write a romance for Kara without it defining her, then they should just focus on the character herself instead. 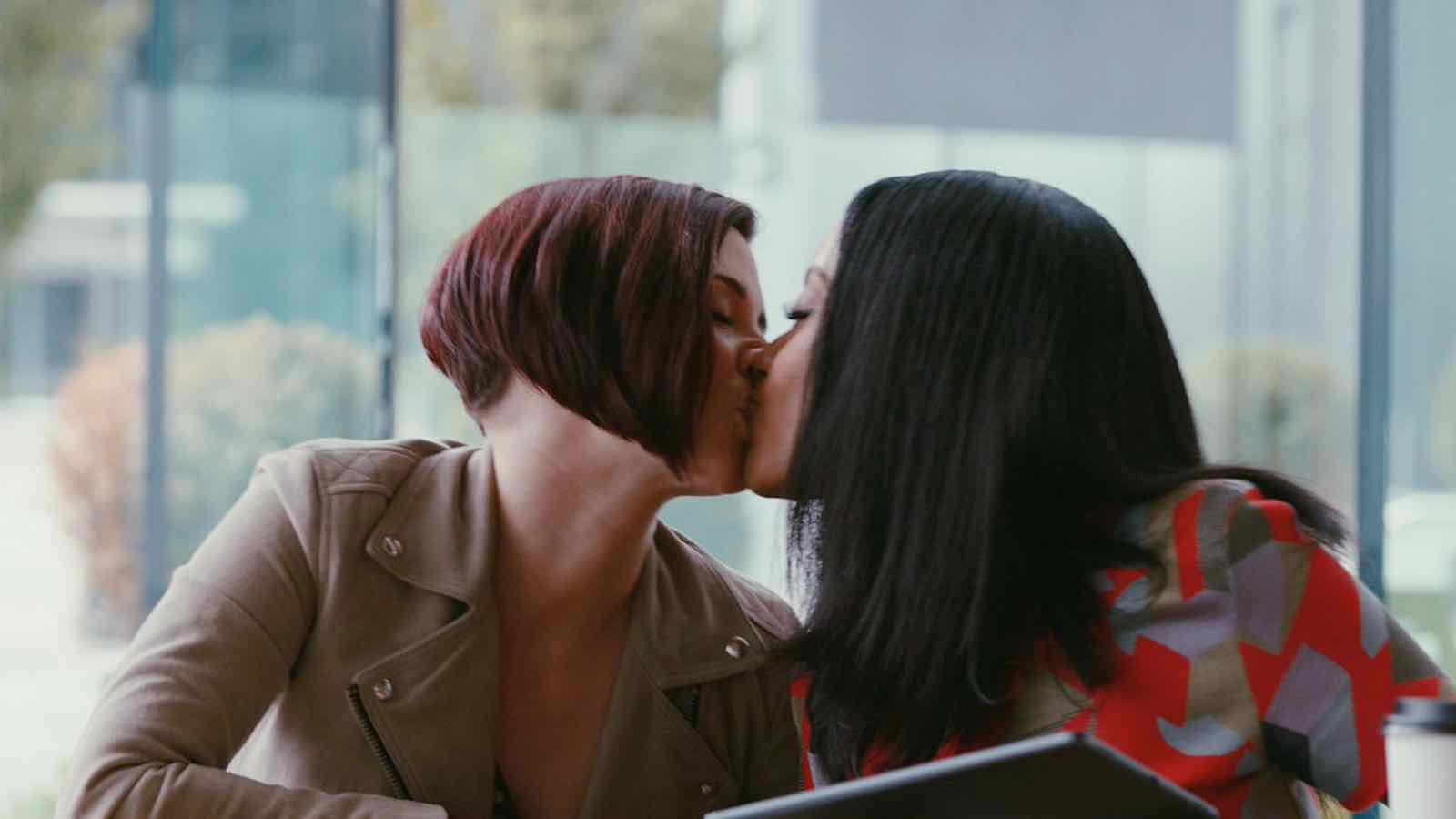 Love interests are the teasing of a romance usually is the cornerstone of nearly every series out there. The Arrowverse itself has had some great ones over the years: Olicity, WestAllen, AvaLance, DahrkAtom, etc. The thing about those romances, however, is that they grew overtime. While there was chemistry between the actors, they had to get through their own baggage and work together in order to form a lasting romance.

Supergirl does this stuff great with its side romances. Alex and Kelly (Azie Tesfai) have discussions about their fears and triggers when the danger of Alex’s work reminds Kelly of losing her fiance. Nia and Brainy (Jesse Rath) talk about finding boundaries in their relationship. In the lead-up to their couplings, there is an opportunity for growth whether big or small before the pairs end up together. 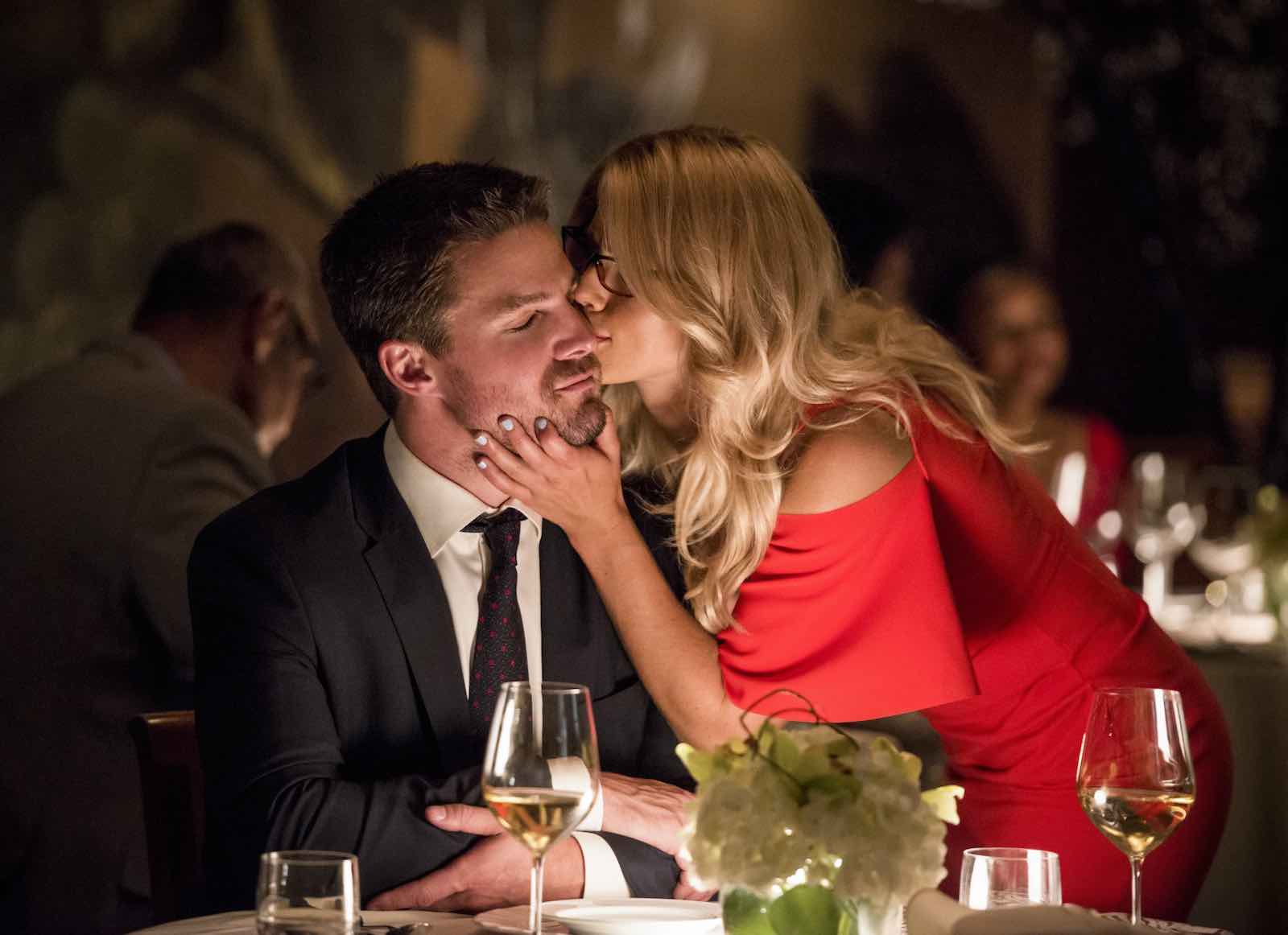 Maybe part of the problem is that Kara, in comics, doesn’t really have a canonical love interest? The best we can point out to is Brainiac-5, but even then it’s a rocky argument. Yeah, Kara Zor-El doesn’t have a Lois Lane or Iris West equivalent in her life.

Before Olicity was even a thing, Arrow was pushing on an Oliver (Stephen Amell) and Laurel (Katie Cassidy-Rodgers) romance pretty hard. It wasn’t until Felicity Smoak (Emily Bett Rickards) appeared that they course-corrected based on chemistry and fan response. It was a natural growth and progression, one that paid off big time. The same with most other Arrowverse romances. They grew naturally. 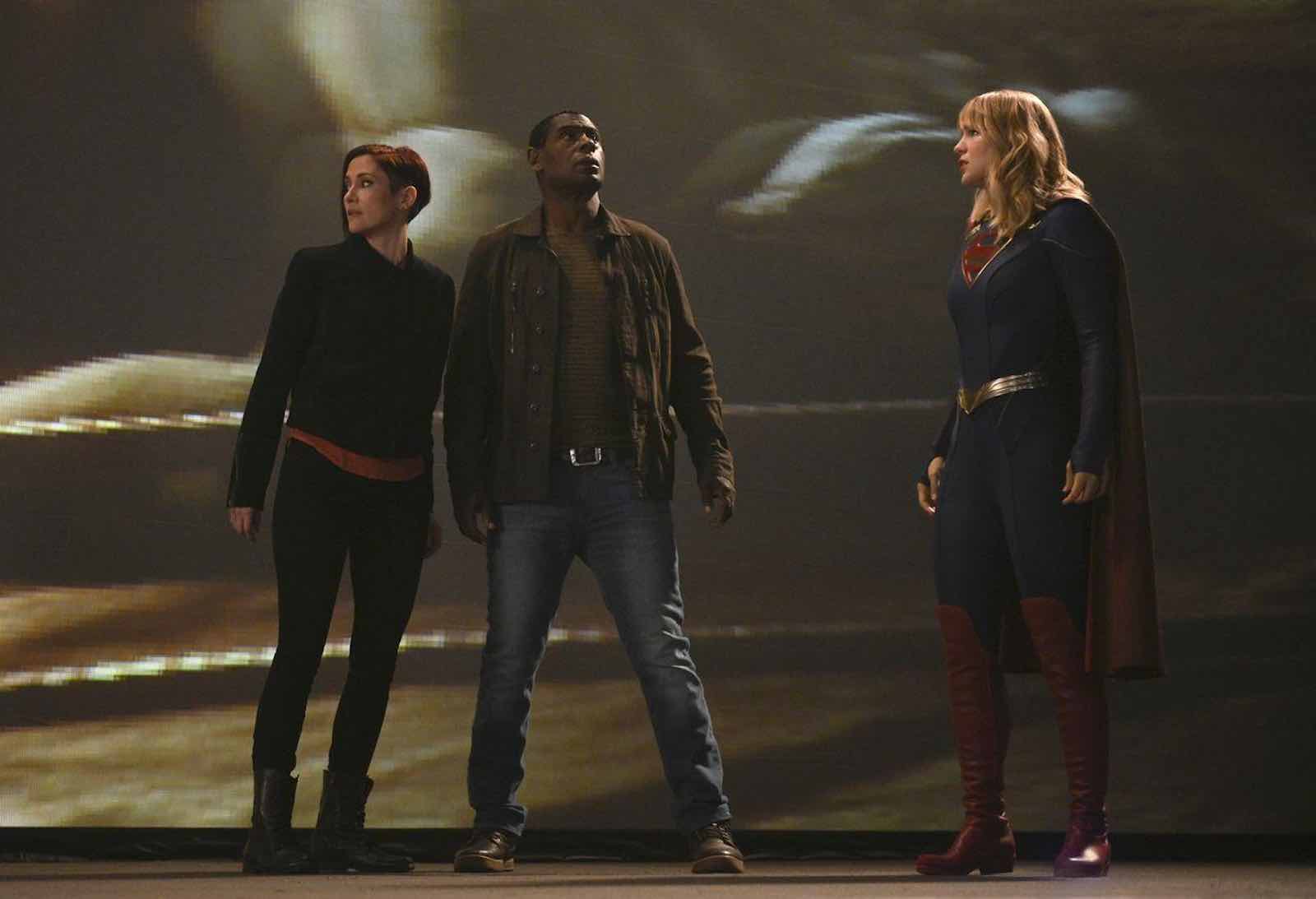 Romantic love isn’t the be all, end all of everything. Kara Danvers is a character who is full of love and loves fiercely. The love that surrounds her, however, isn’t romantic. It’s the love she gets from family, friends, and her planet. A core tenet of Superman and Supergirl is how fiercely they love the people around them, how deeply they love their adopted home.

At the end of the 100th episode “It’s a Super Life”, Kara sits with her sister Alex and surrogate father J’onn (David Harewood) and is so . . . grateful for their existence in her life. She smiles and thanks them for being with her on this journey that she’s on. It is that love that she gives and receives from those closest to her that leaves Kara fulfilled. 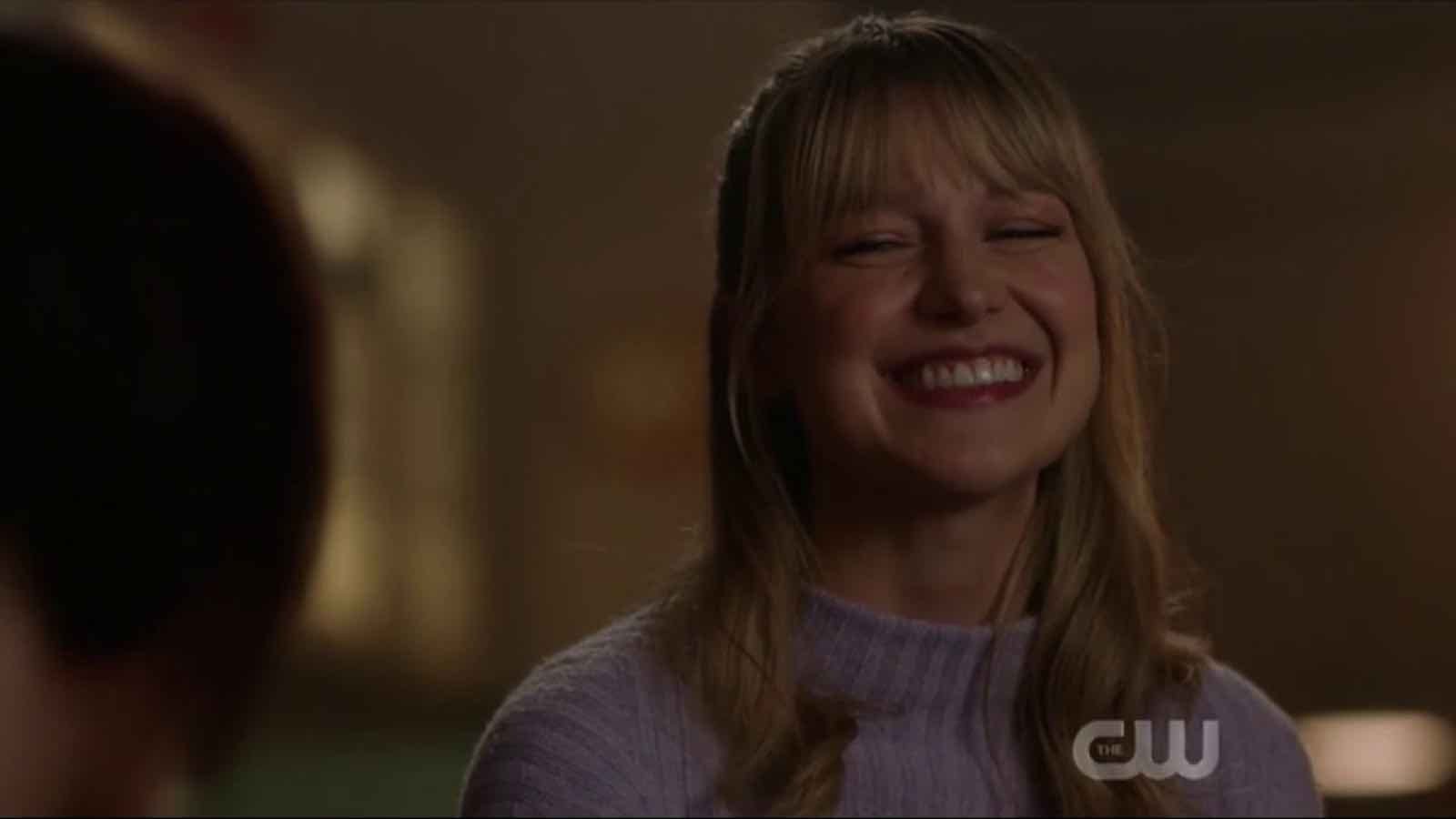 Honestly, it’s great to see Kara get fulfillment from that sort of love in her life. Season four of Supergirl did not give Kara a love interest in any form. Instead, the series focused on her relationships with others: her sisterhood with Alex, her friendship with Lena, her surrogate daughter bond with J’onn, her mentorship with Nia, and her struggle with loving Earth even when humans hated aliens.

It was the best season of Supergirl because it focused on those other relationships. If we never get another love interest for Kara, one that isn’t organic and true to her character, then that’s okay. Let Kara be single. Let Kara be a hero whose love isn’t solely focused on one person all of the time. Let her be a character who is defined by other forms of love outside of romance.

Supergirl airs Sundays at 9/8c on The CW.

If you’re a massive Supergirl stan, do sign up for our newsletter. We promise only to send you the most relevant news, contests, quizzes, and polls. 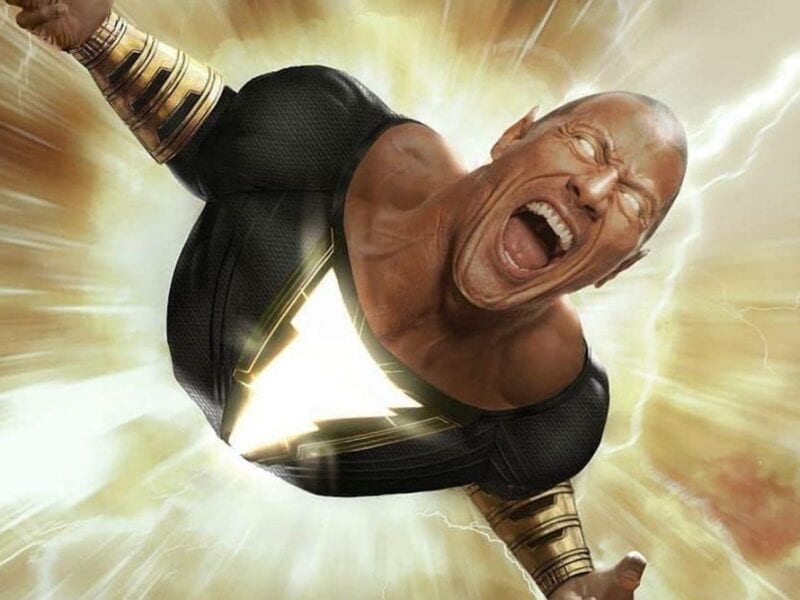