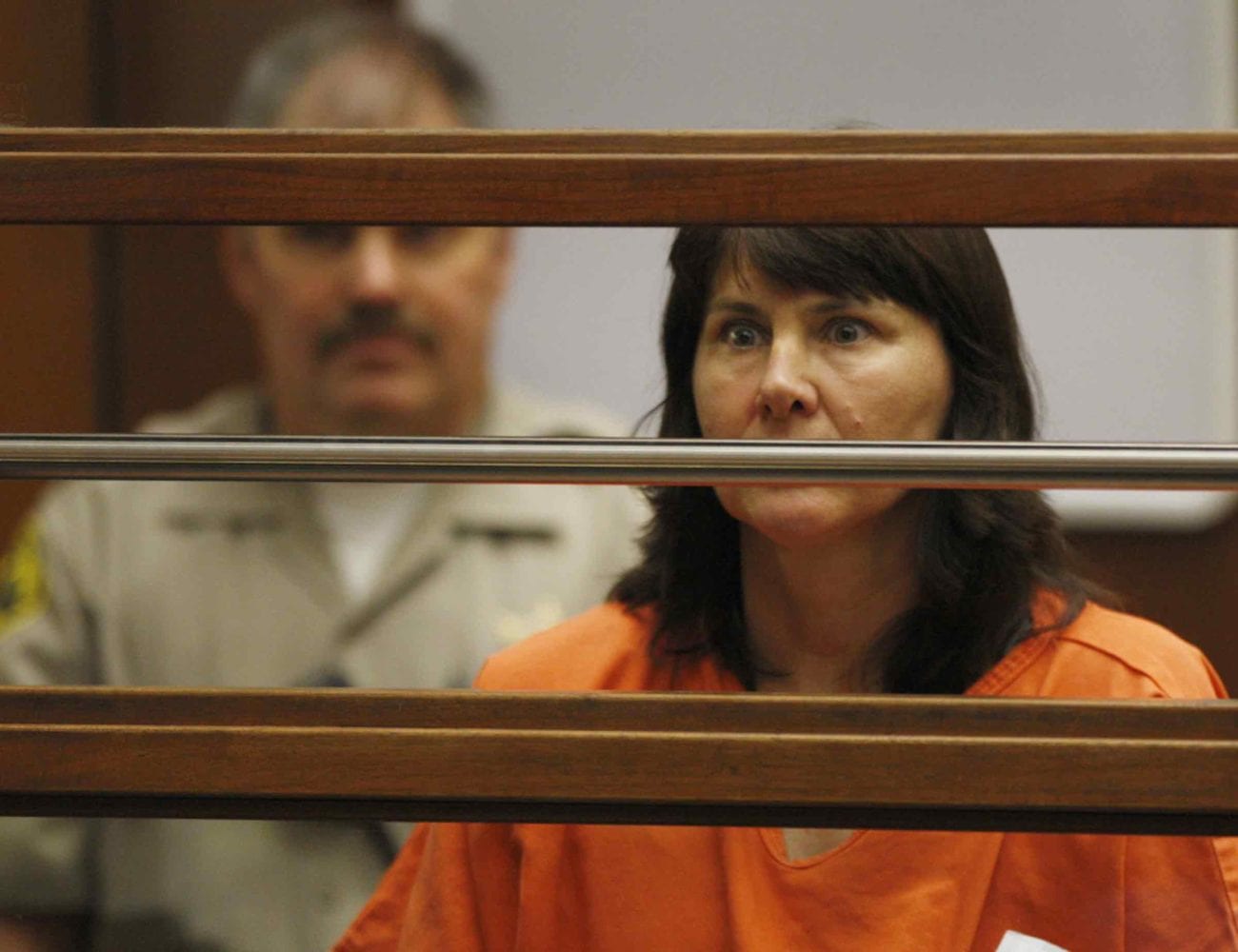 To protect and serve: The story of killer cop Stephanie Lazarus

Money, love, obsession, revenge, these are just some of the motives for why someone would kill another person. Any true crime fan will tell that there are some truly insane stories behind some pretty famous cold cases.

The case of Sherri Rasmussen falls under the love and obsession part for the motive. Add in a killer named Stephanie Lazarus working her way through the ranks of the LAPD? It makes for a wild story that unfolded when Rasmussen’s case was finally solved.

If you want to hear just how this case got solved, then buckle in for one heartbreaking and fascinating story. 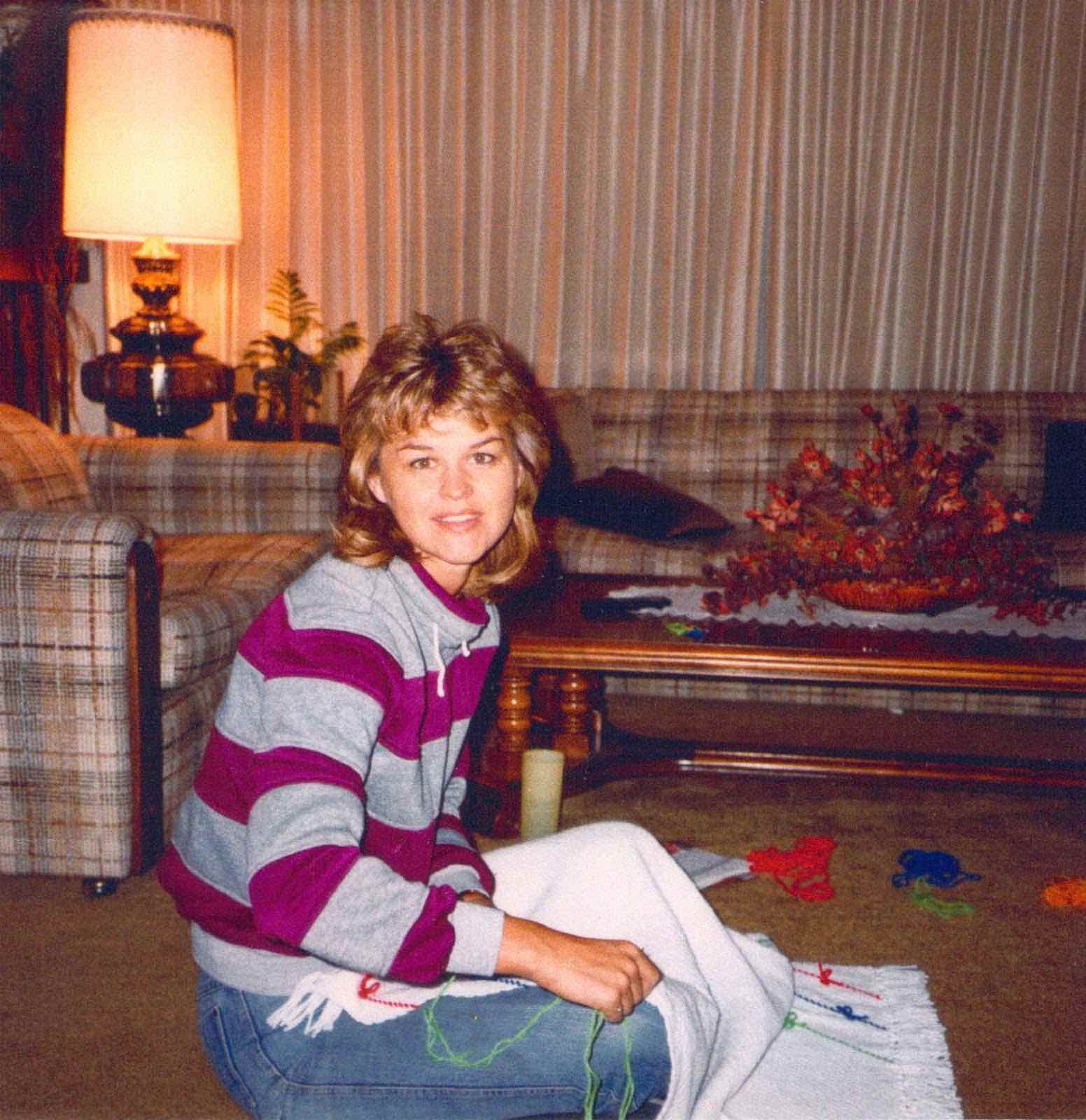 On Feb. 24, 1986, newlywed Sherri Rasmussen was found dead in her apartment in Van Nuys, California. Rasmussen was an accomplished woman, having entered college at the age of 16 and was the director of nursing at Glendale Adventist Medical Center at the time of her death. She had recently married John Ruetten.

On the day of her death, neighbors noticed that the garage door was opened and calls from Ruetten went unanswered. Rasmussen called in sick to work in order to avoid giving a motivational speech. Neighbors and workers said that they heard odd noises throughout the day, but no one went to check on her.

When Ruetten returned home that evening, he found Rasmussen’s BMW missing in the garage and her body on the living room floor. There were signs of a struggle and an attempt to hit the burglar alarm panic button in the home. Rasmussen was killed by gunshot fired through a quilt and was bitten prior to her death. 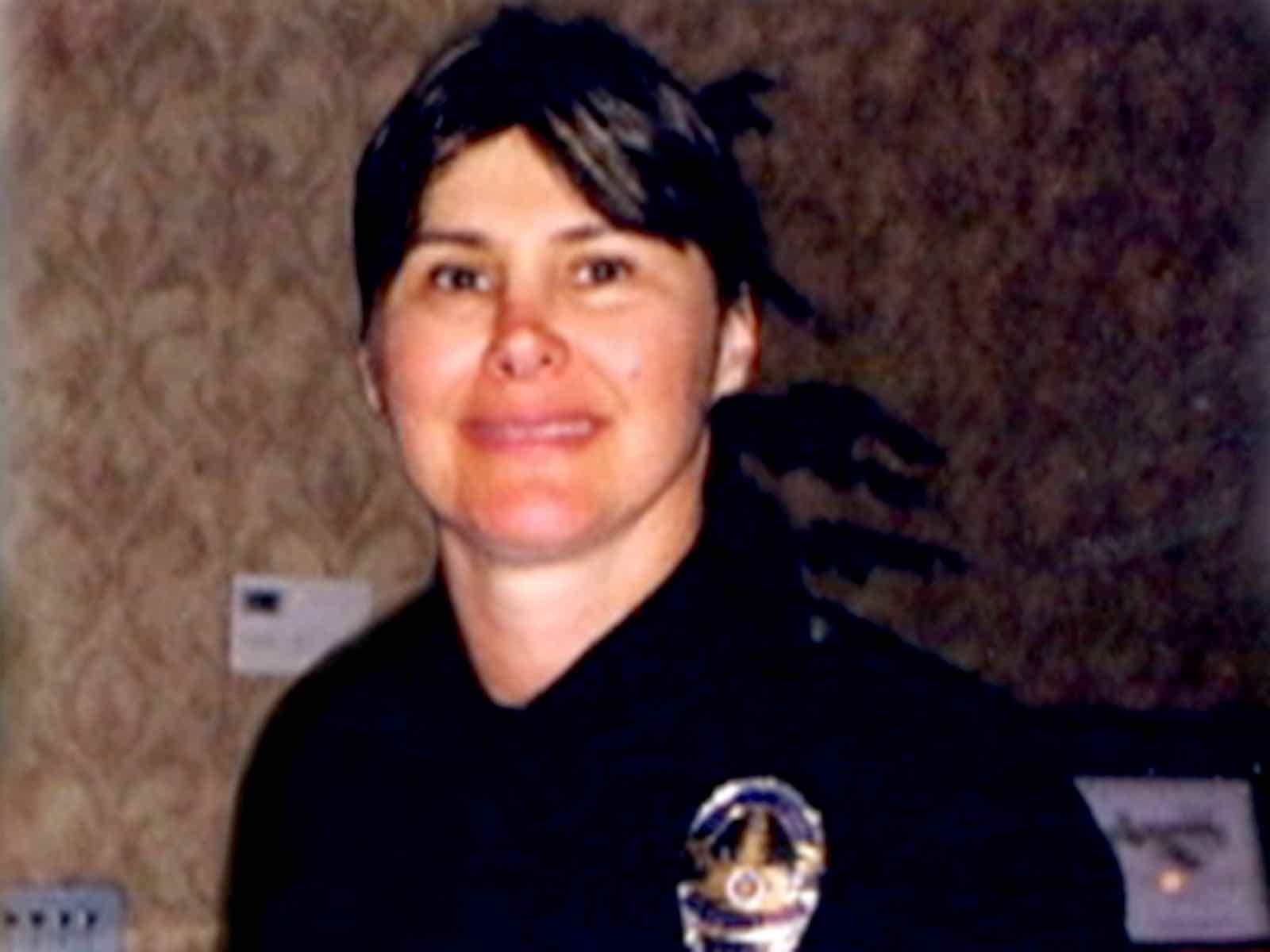 LAPD officers called to the scene quickly decided that Rasmussen was surprised by a burglar, who was attempting to steal electronics that the couple had in the home. Eventually, the BMW was discovered abandoned a week later. The only thing definitively taken from the home was Rasmussen’s and Ruetten’s wedding license.

Lead detective on the case Lyle Mayer was able to rule out Ruetten rather quickly, who moved away from LA in the aftermath of his wife’s death. Rasmussen’s parents, however, implored Mayer to investigate a woman named Stephanie Lazarus, who their daughter was afraid of prior to her death. Lazarus, at the time, was an LAPD patrol officer at the time. 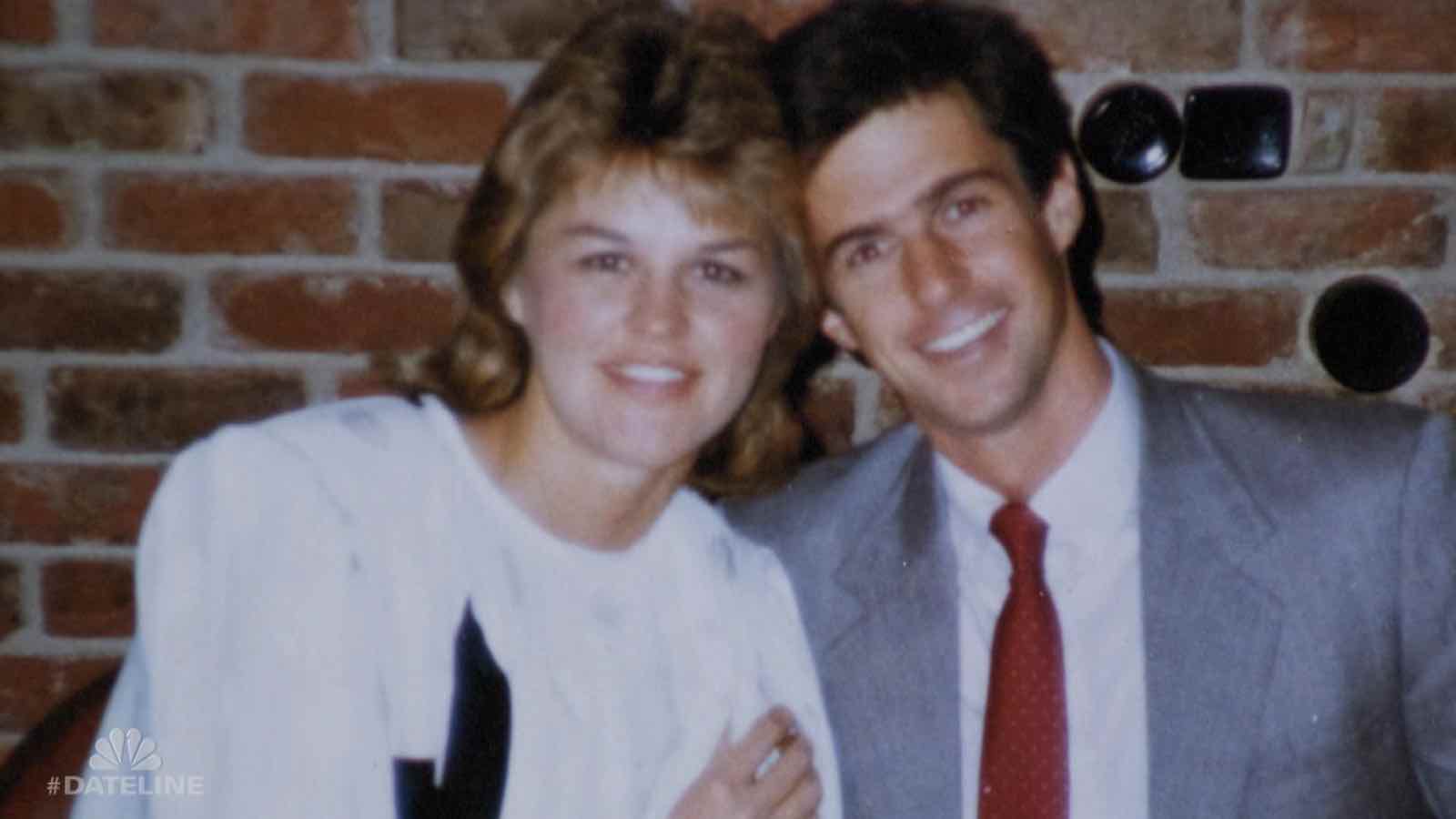 Mayer, however, kept the focus on the burglary theory. While his partner, Steve Hooks, did find the bite mark unusual as women usually bit while the majority of burglaries are committed by men. The theory, however, still stood.

Despite a reward and pressure from the Rasmussen family, the case of Sherri Rasmussen would eventually go cold. 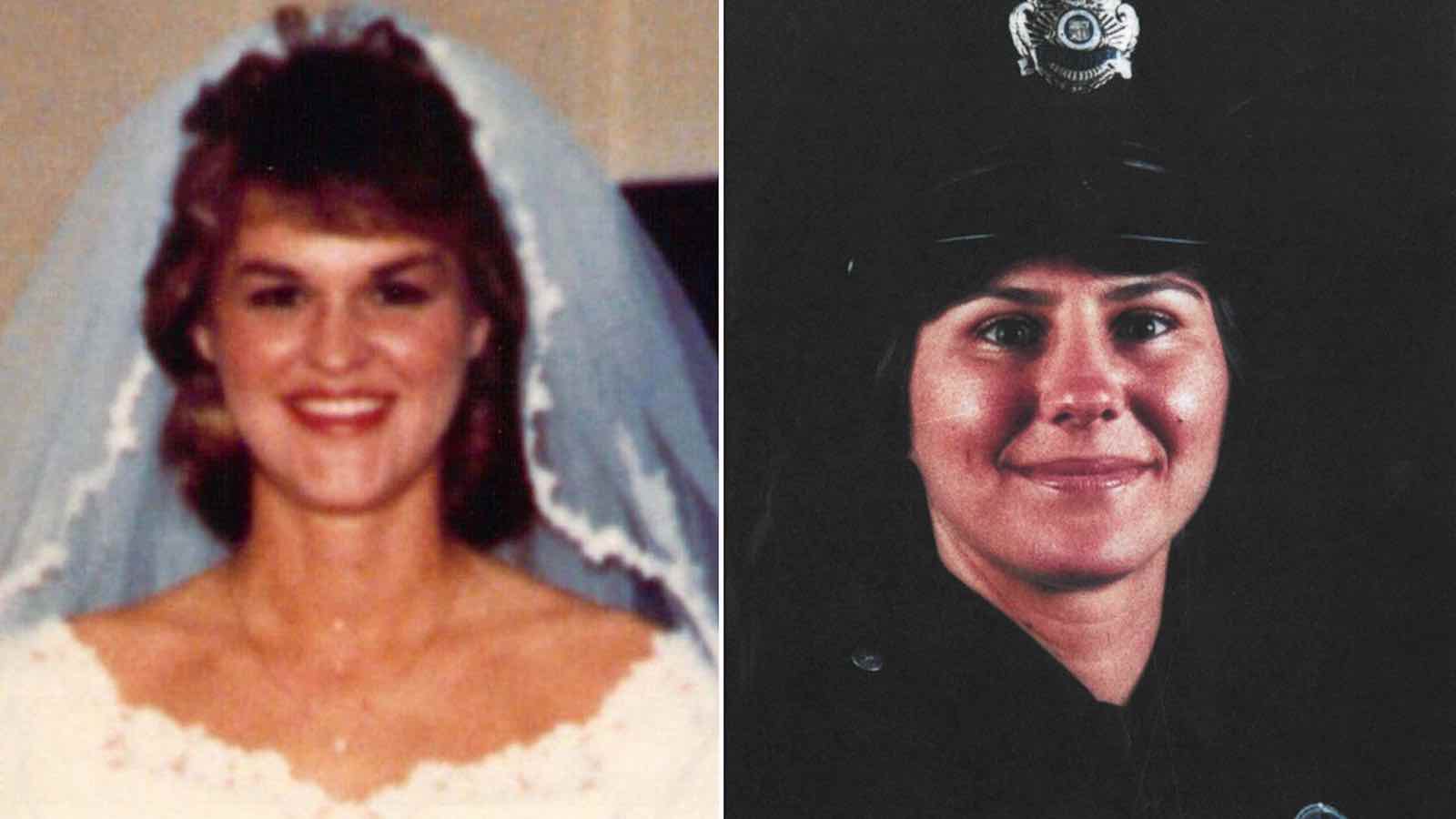 Even though the LAPD were not investigating Stephanie Lazarus, they probably should have. There were some pretty disturbing incidents in the lead-up to the death of Sherri Rasmussen. Before Ruetten met his future wife, he and Lazarus would have an off and on again sexual relationship. Lazarus, however, would get too intense for Ruetten, such behaviors include stealing his clothes or taking naked pictures of him as he slept.

While Lazarus considered her and Ruetten exclusive, Ruetten was seeing and dating other women, entering into a serious relationship with Rasmussen during this time. What happened was Lazarus threw Ruetten a birthday party and learned about his new, serious relationship with Rasmussen. She went over to Ruetten’s condo and the pair had sex. Ruetten said that this was the only time that it happened prior to Rasmussen’s death.

Lazarus, however, was not taking no for an answer. She asked Ruetten for favors during this time and would show up armed and in uniform when Rasmussen was home alone. Rasmussen wanted Ruetten to have Lazarus stop coming over, unnerved by her behavior, but Ruetten did not do so. Rasmussen told her father about Lazarus stopping by her job to say, “If I can’t have John, no one else will” and also confided fears of Lazarus stalking her. 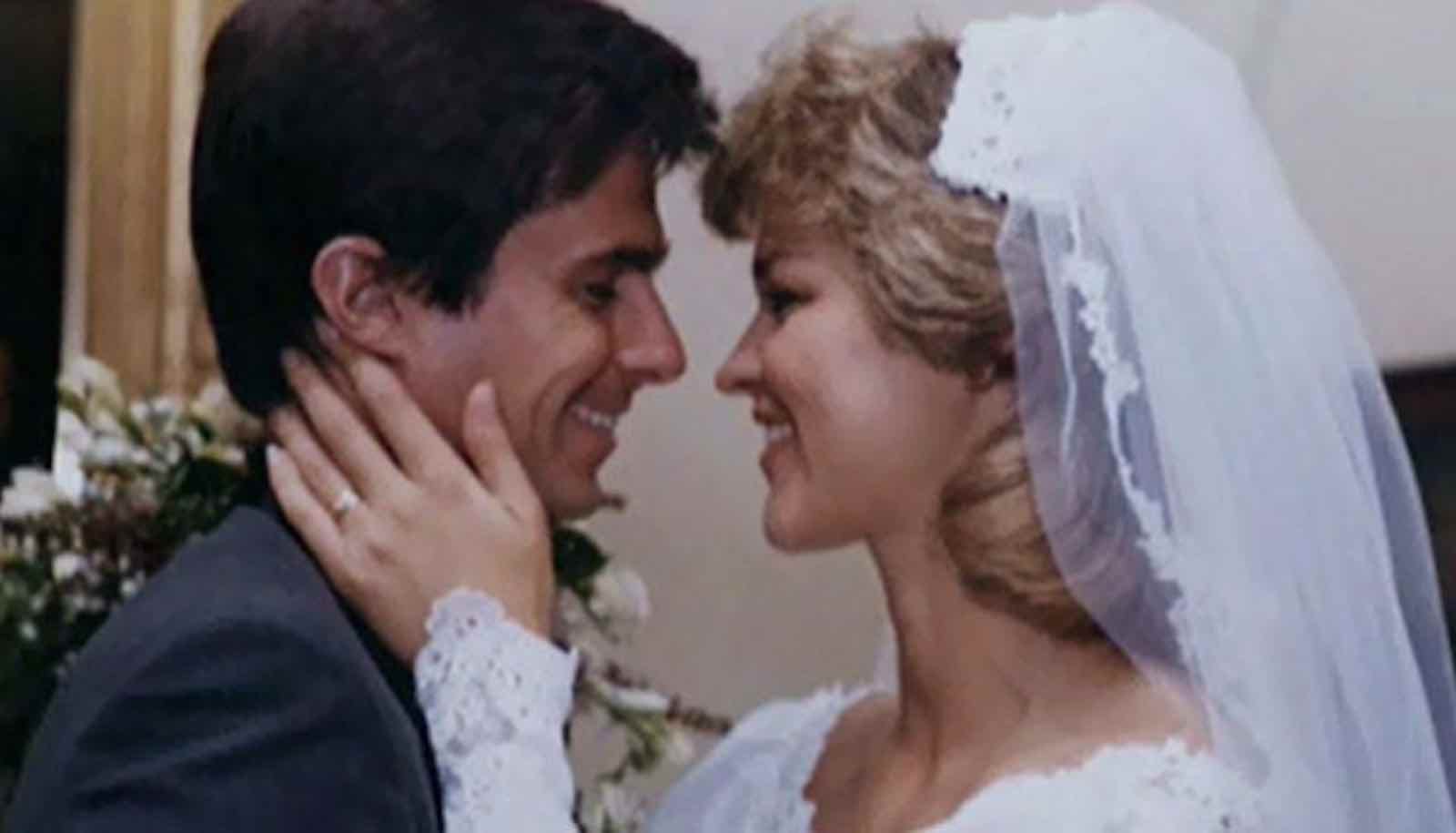 Despite these troubling instances, along with Lazarus reporting her off-duty weapon stolen, the allegations against her were not investigated for a very long time.

In the years following Rasmussen’s murder, Lazarus moved through the ranks of the LAPD, becoming a detective. She would get married to another police officer and adopted a child. She also started her own private investigation firm along with getting initiatives for child care for parents on the LAPD. When she was arrested, Lazarus was working art theft cases for the LAPD.

The past eventually catches up. Here’s how the past caught up with Lazarus. 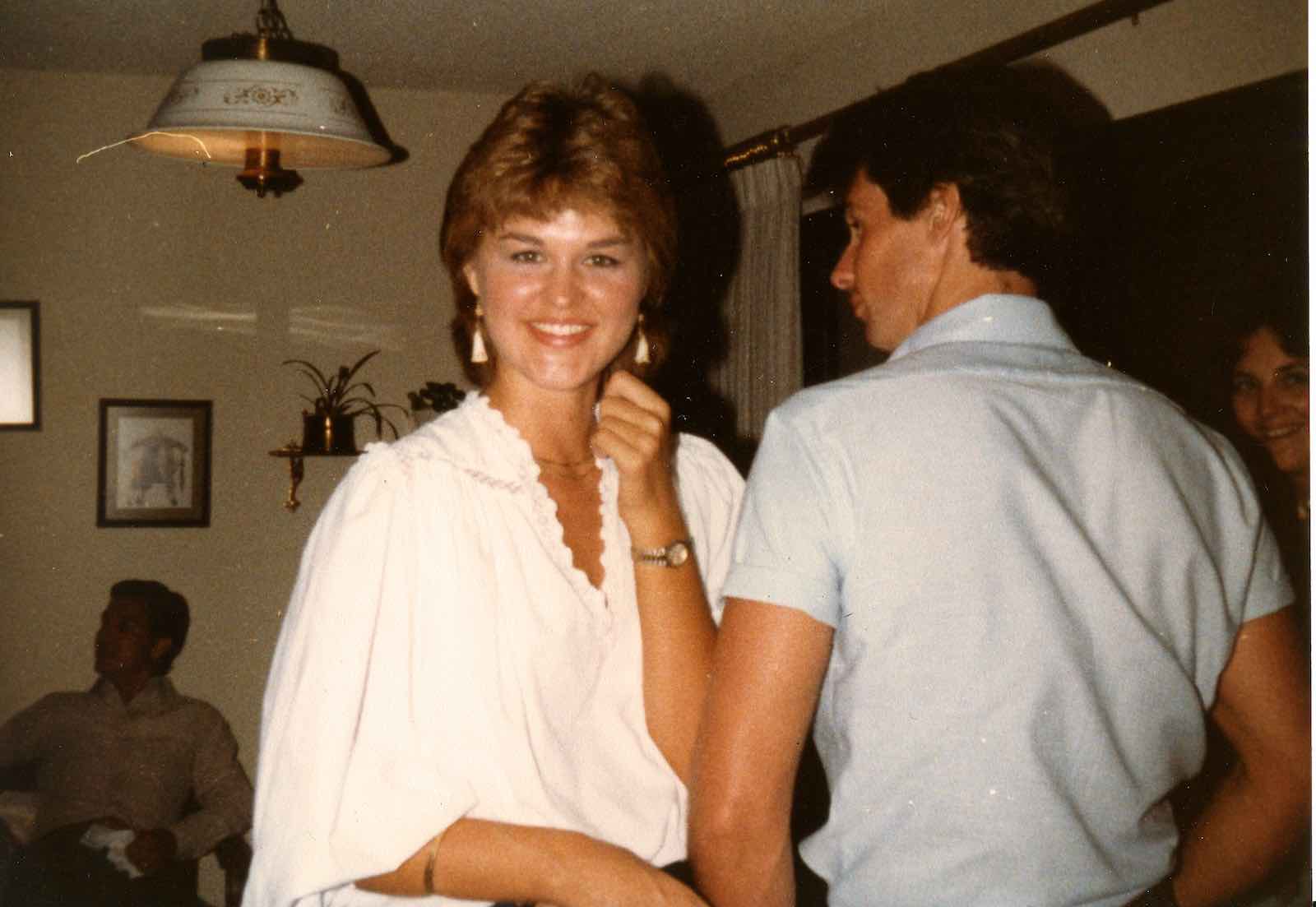 When DNA testing became more prominent in the late 90s, the LAPD formed a cold case division to go over the old evidence. Rasmussen’s case, however, was not reviewed until 2004 when Jennifer Butterworth analyzed it. Butterworth noted, at this time, that some of the evidence from the Rasmussen case file went missing.

What didn’t go missing was the swab of saliva that was taken from the bite mark discovered on Rasmussen while Butterworth didn’t find a match in the database, she did determine that whoever bit Rasmussen was female. Looking through the case file, Butterworth found a note on a “third-party female” who was harassing Rasmussen prior to her death. Butterworth went to a superior with her findings, who knew about Lazarus’ involvement in the case and insisted that Rasmussen’s death was a burglary. 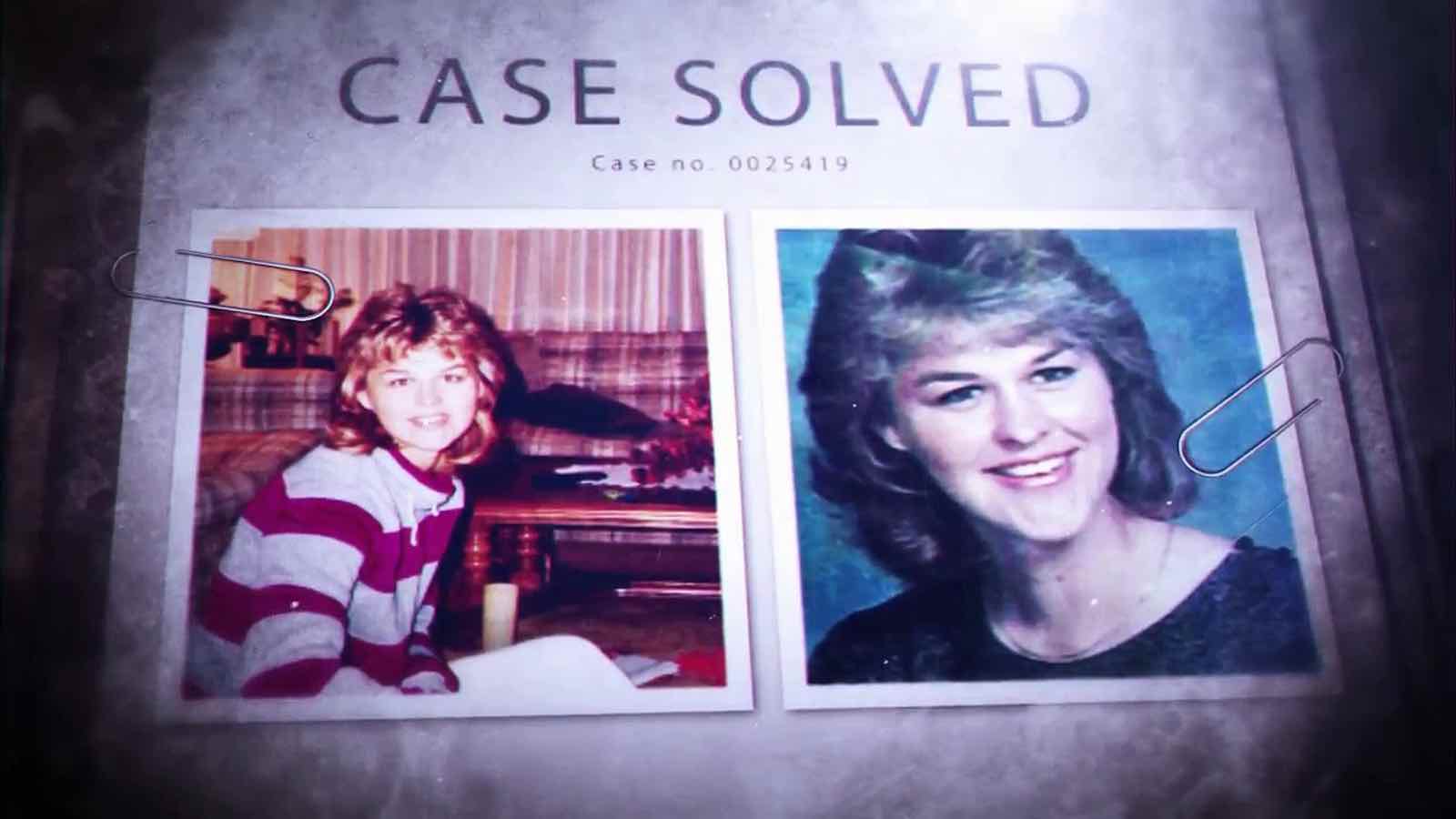 The Rasmussen case went cold again until 2009 when Jim Nuttall and Pete Barba reviewed the case. The detectives quickly debunked the burglary theory, saying that the evidence did not line up to a burglary. After eliminating any other female suspect, Nuttall and Barba focused their efforts on Lazarus, proceeding carefully.

Lazarus and her husband worked right across the hall from Nuttall and Barba, meaning that they had friends who could report back about the case. Needless to say, everything had to proceed very cautiously. The duo only referred to Lazarus as “No. 5” and worked on the case after hours or behind closed doors.

Eventually, police were able to covertly obtain Lazarus’ DNA to have tested against the evidence from the Rasmussen crime scene. It matched the DNA found on the Rasmussen bite mark. 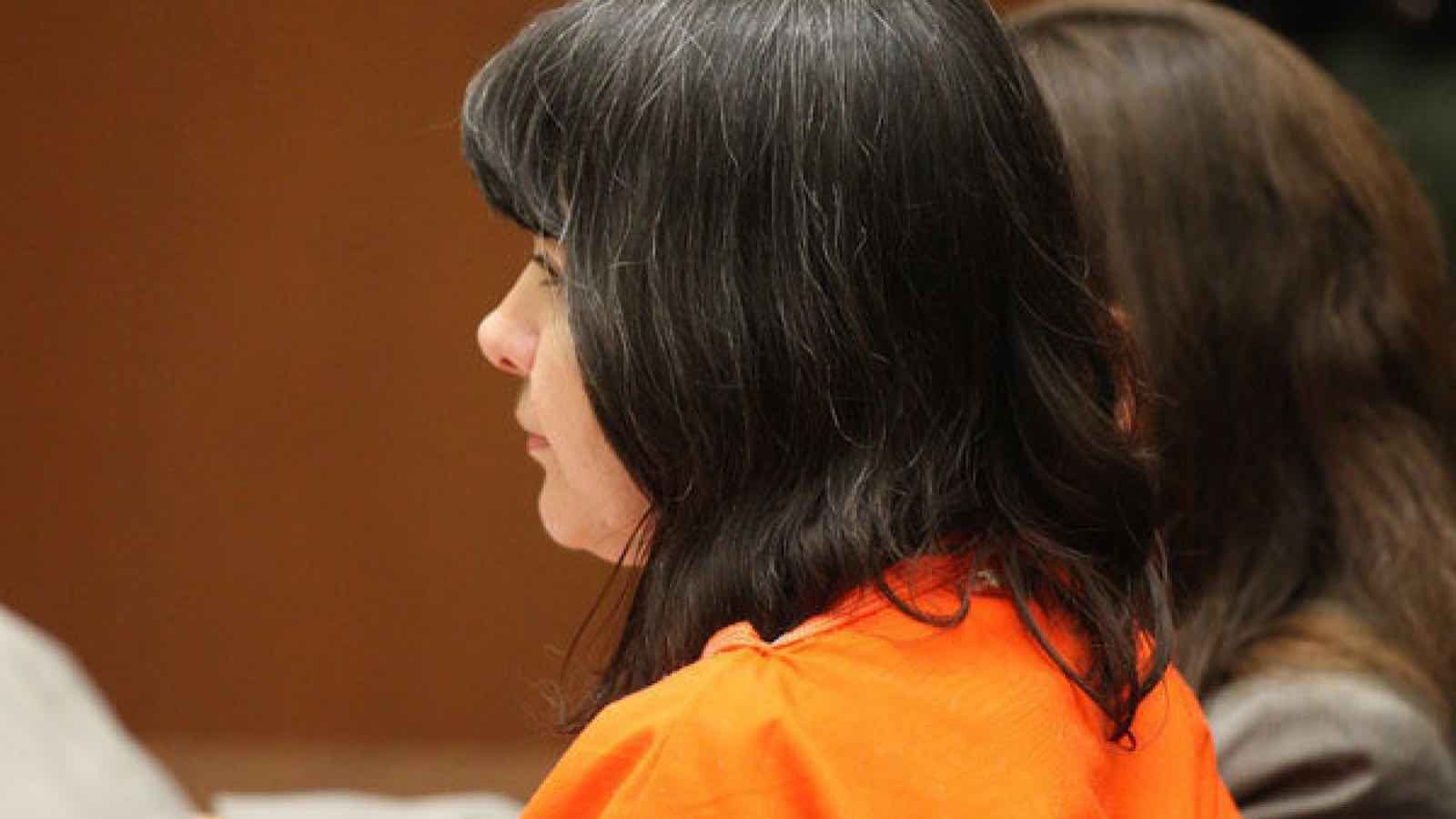 The officers involved in the Rasmussen investigation cautiously began to let others know of their suspicions regarding Lazarus’ involvement in the murder. They worked there up to Chief William Bratton and senior prosecutors of the LA District Attorney’s office.

Then they called Lazarus in for an interview about a case they were working on at a location where she would have to surrender her weapon so that it wouldn’t arouse suspicion. Officers with no connection to Lazarus were sent to execute a search warrant waiting for the word of when she was arrested.

Detectives Greg Stearns and Dan Jaramillo ran the Lazarus interrogation, who swore that she knew nothing of Rasmussen’s death. Though eventual pressure revealed that she knew then she would let on to police in the interview. Lazarus would eventually leave the room and be immediately arrested for Rasmussen’s murder. 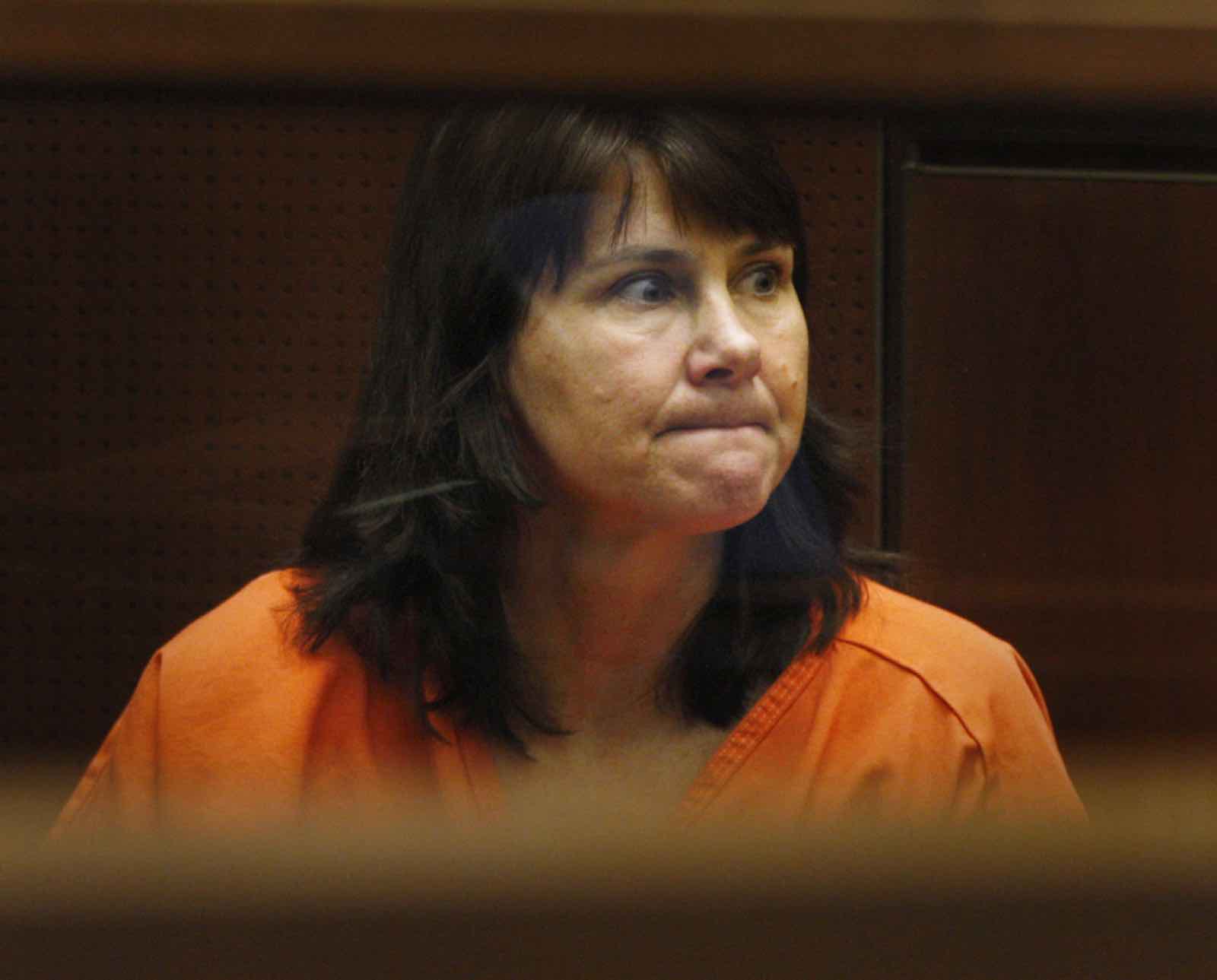 Following a trial and several days of deliberations by the jury, Lazarus was found guilty for the first degree murder of Sherri Rasmussen. She was sentenced to 27 years to life in prison, though with credit for time served Lazarus will be eligible for parole in 2034. She was 52 at the time of her sentencing in March 2012.