‘The Lovebirds’: Romcoms on Netflix to make you swoon all day

This is where romantic comedies come to the rescue, like the prince in a fairytale. Romcoms always get a bad rap, because critics can’t imagine a world where watching two genuinely likable people fall in love is more interesting than watching yet another white man turn into a serial killer, but we here at Film Daily strongly disagree.

In honor of all of the good romcoms on streaming platforms, we compiled a list of our favorites currently on Netflix. Please watch through each and every single one to make sure the couple ends up together at the end! Just kidding, we know they’ll have a ‘happily ever after’. Romcoms always do! 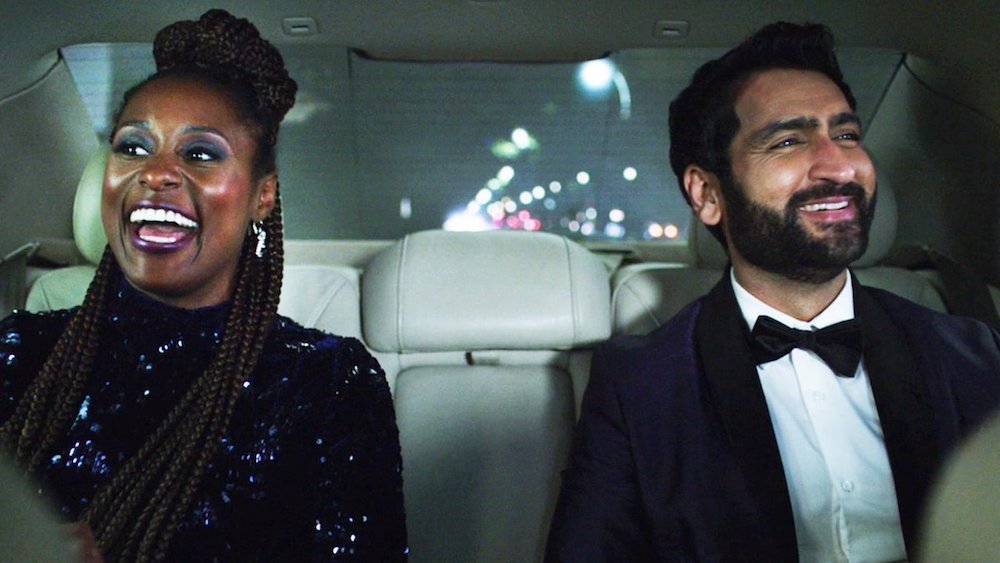 The newest Netflix release is at the top of our list, because it is the best of the bunch and will give any viewer faith in humanity and romance once more.

Which is interesting, because the romcom really starts off with the violent murder of a cyclist.

Jibran (Kumail Nanjiani) and Leilani (Issa Rae) have been together for four years, and it is starting to show. On the way to a dinner party, the couple end up in the kind of fight that should not be a big deal, but both say something they don’t mean and it starts a domino effect signalling the end of their relationship. 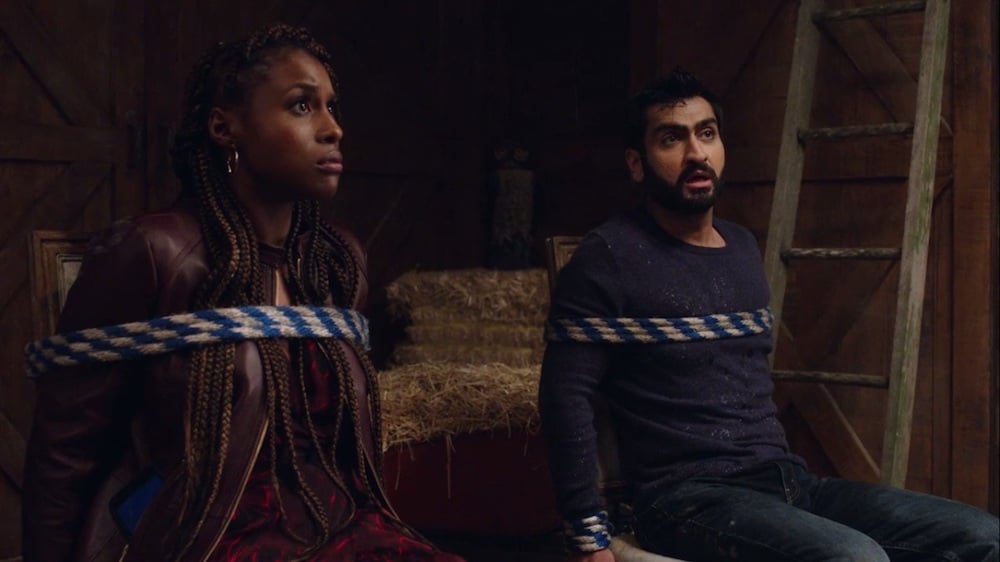 Luckily, their car is soon commandeered by a man who says he’s with the police and uses it to run over a cyclist. Repeatedly. Until the man is dead! 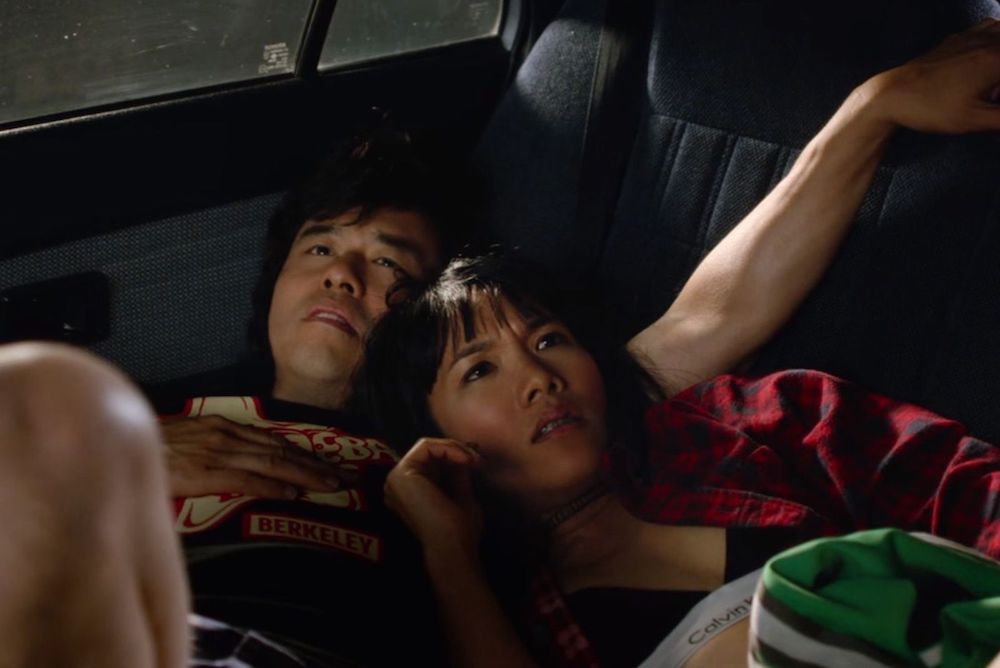 It is worth watching for Keanu Reeves alone. 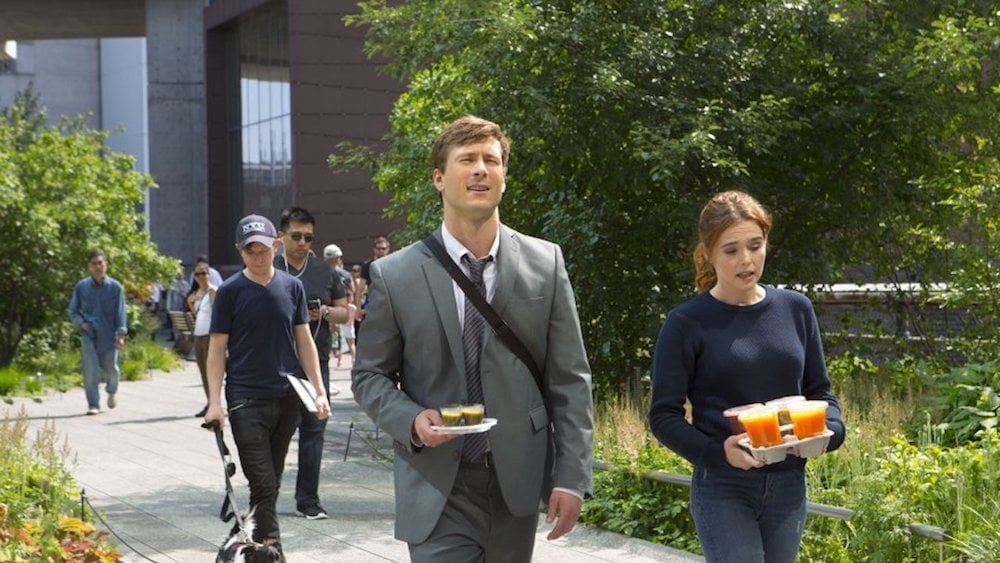 In a hellscape of forgettable Netflix romantic comedies, with scripts that feel like they were written through some kind of AI that learned human emotion by watching late 90s sitcoms, 2018’s Set It Up feels like a breath of fresh air.

It is the rare romantic comedy that fits in all of the traditional romcom tropes, but with a fully realized, charming cast packed with characters that feel like real people, rather than one-dimensional stock characters.

On the romcom trope bingo card, it has everything: it is set in New York City, the loveless lead works at a magazine, everyone is impossibly good looking with a wardrobe that does not seem realistic for the salary these people are making, and the two leads start out as adversaries before falling head-over-heels for each other. 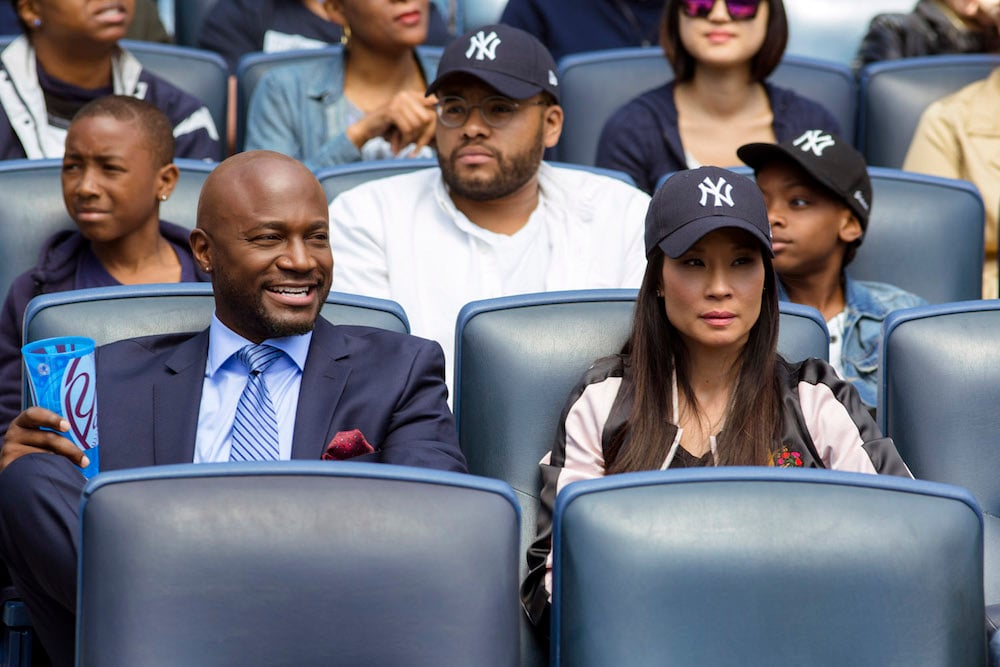 What makes Set It Up unique is casting Taye Diggs and Lucy Liu as the heartless bosses forcing their subordinates to spend every waking minute of their lives in the office.

Watching these hypercompetitive, hyper-focused workaholics fall for each other was just as engaging as watching the two leads, and we really, really want a sequel focused on the continued adventures of Lucy Liu as Kirsten Stevens, leader of a sports journalism empire. 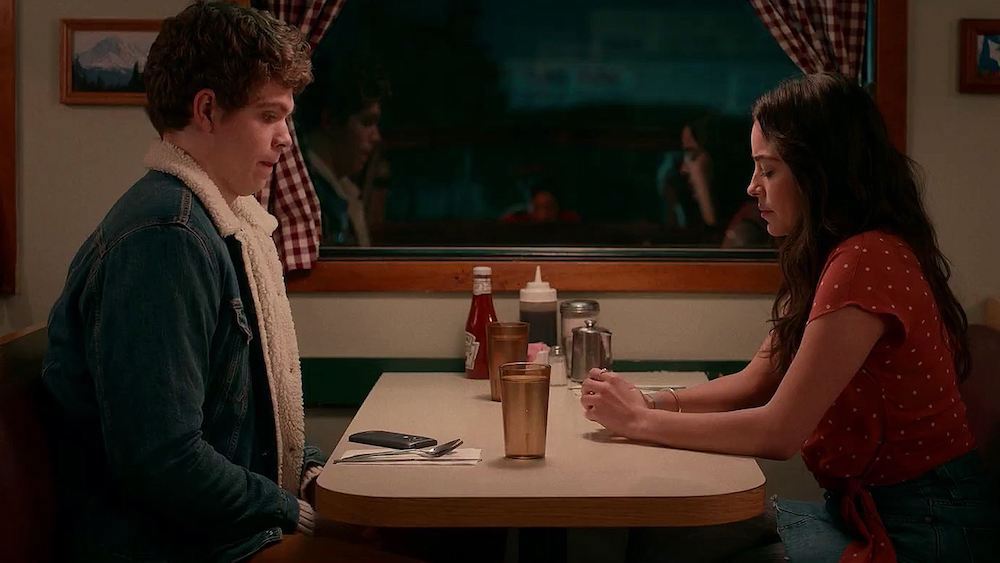 It is rare to watch a movie where you root for every single character, but The Half of It, written and directed by Alice Wu, accomplishes that almost impossible feat. The coming-of-age romantic comedy/drama is so incredibly sweet and heartwarming and thoughtful. It is like a hug of a movie. 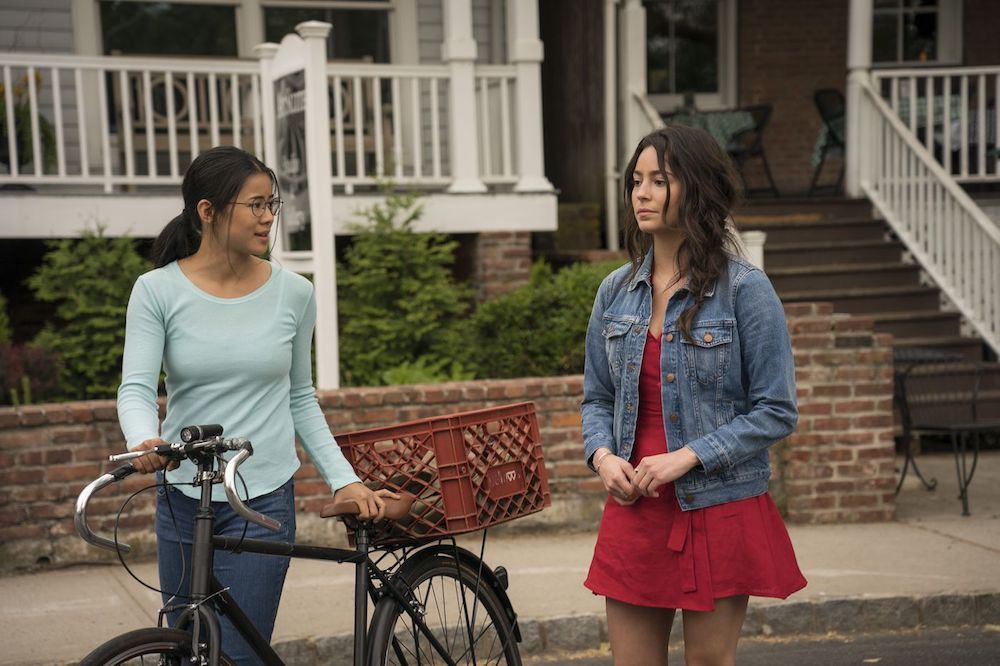 The film follows the friendless, nerdy Ellie Chu (Leah Lewis) who makes a living doing the homework for her fellow students in the town of Squahamish. Everything changes for her when she is approached by the football star Paul Munsky (Daniel Diemer) to write a love letter to the girl of his dreams, Aster Flores (Alexxis Lemire).

The problem is Ellie likes her too.

This is one of the kindest and most sincere retellings of Cyrano de Bergerac, with a cast that will have you rooting for everyone. 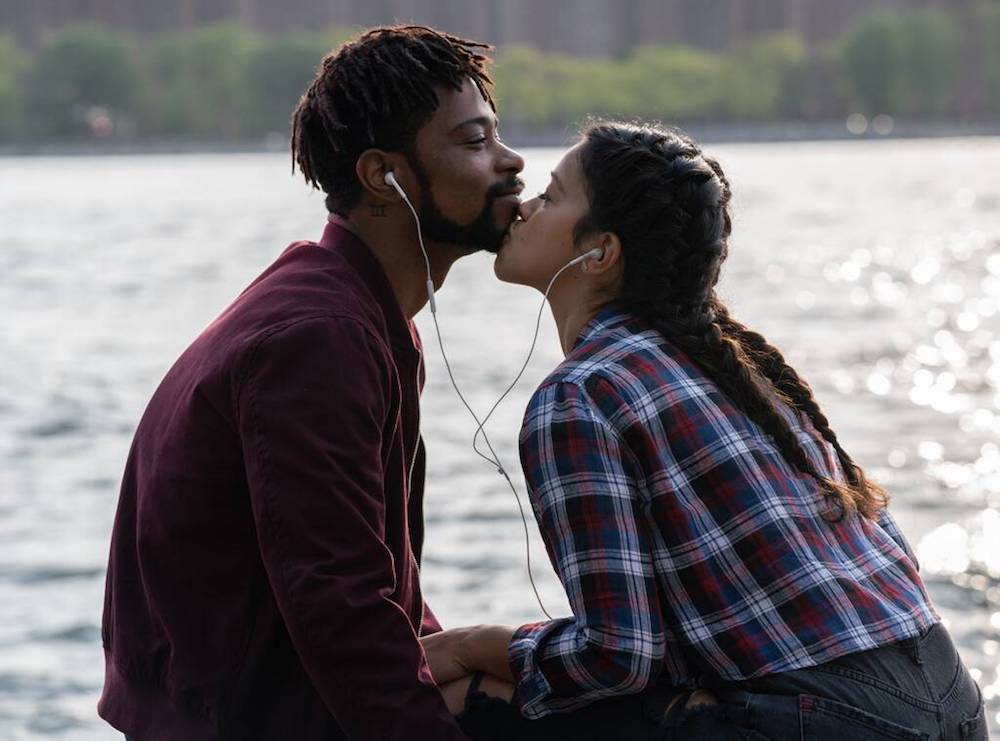 This is worth a watch just for the friendships. 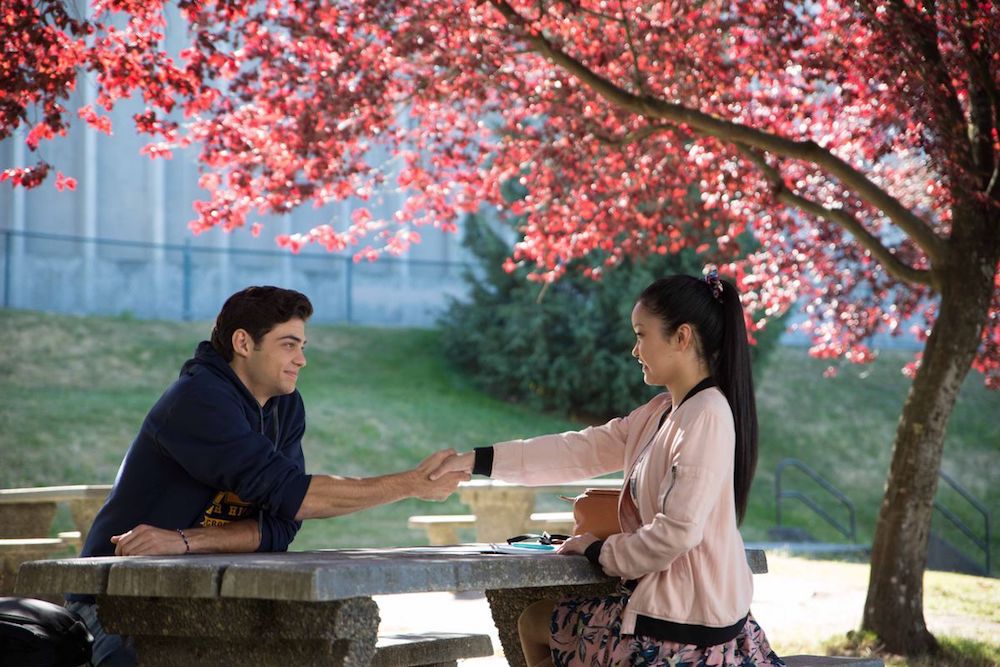 We love to watch the 2018 teen romance To All the Boys I’ve Loved Before for the same reason we love to watch Clueless over and over: the wardrobe makes the movie.

High schooler Lara Jean Covey (Lana Condor) likes to write secret love letters to all of her crushes; expressing all of her feelings for them before hiding them away from the rest of the world in a box in her closet. It’s a way to let out her feelings without ever letting anyone know what she is thinking. 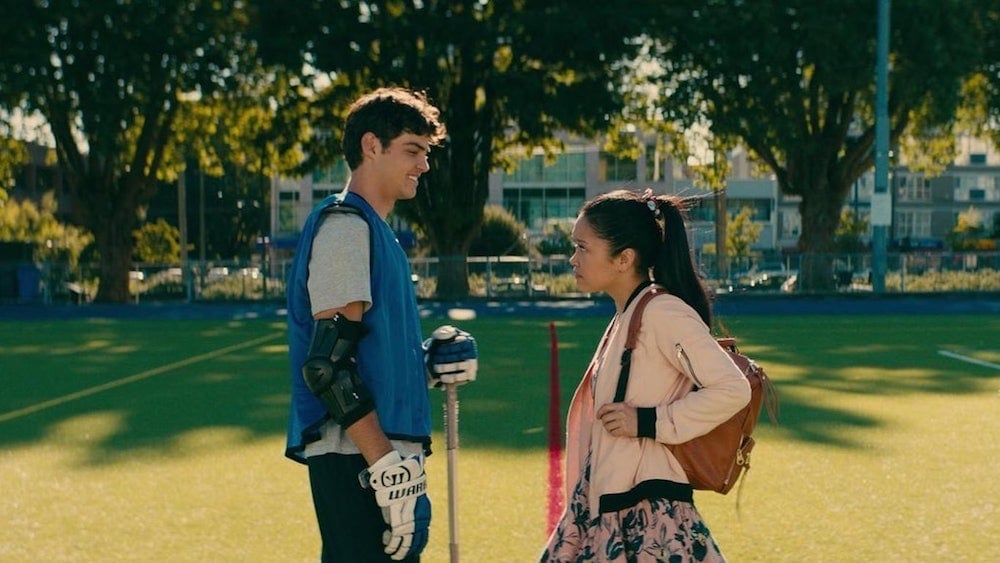 But all hell breaks loose when the letters are mailed and she has to deal with the complicated feelings she has for her sister’s boyfriend and the world’s nicest jock Peter Kavinsky (Noah Centineo).

It’s sweet, it’s sappy, it’s kind of awkward, and it has a wardrobe to rival Cher Horowitz (Alicia Silverstone). 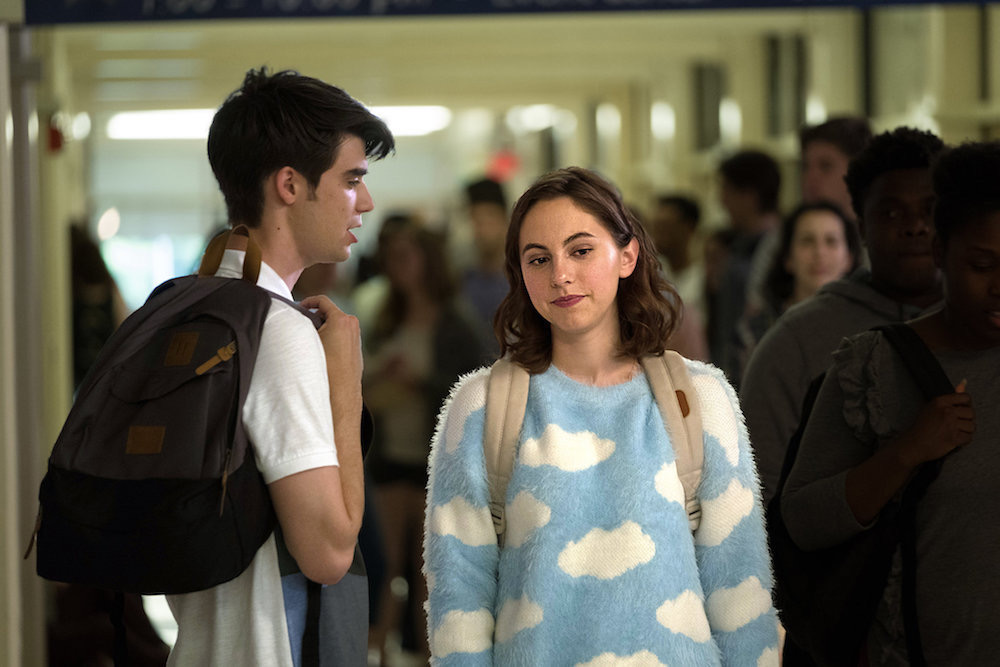 The 2018 American comedy, written and directed by Craig Johnson, offers a more realistic view of high school than most of the romcoms on this list. It is completely ridiculous to think that soul mates exist in high school, and the movie willfully embraces that idea.

It follows high school student Alex Truelove (Daniel Doheny), who is in a dedicated relationship with his best friend Claire (Madeline Weinstein), but everything changes when he meets Elliot (Antonio Marziale) at a party. It is a smart and honest portrayal of being a teenager, and the ending still has a perfect romcom conclusion. 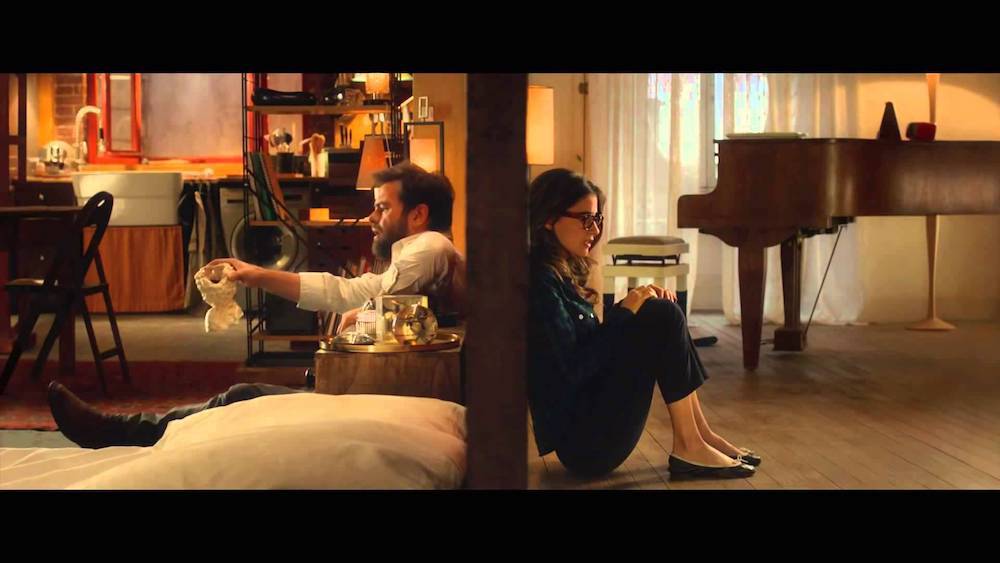 2015’s Blind Date is the romcom for quarantine. It follows the relationship of two people trapped on the other side of an apartment wall, when a pianist moves into an apartment complex with a Type-A puzzle inventor. While the two start out attempting to torture the other, they soon realize they have chemistry that works even behind a wall.