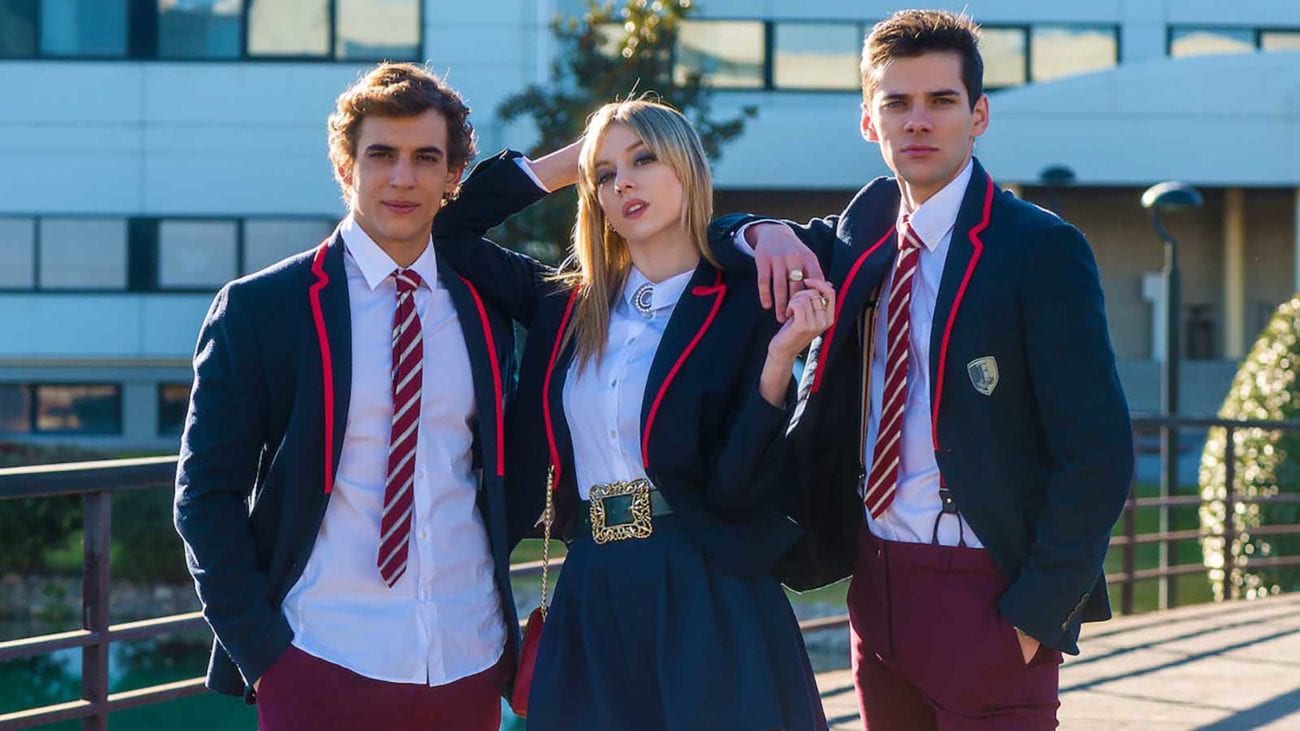 If you haven’t heard about Money Heist, which is Netflix’s most popular foreign-language drama, then you’ve definitely heard about Elite. The Spanish-language teen drama took the world by storm after its debut on Netflix in 2019. With two seasons already under its belt, Elite’s highly anticipated season three will drop sometime in March.

So if you think Riverdale gets a little too zany and want to find a more grounded teen drama mystery series, then look no further than Elite. Here’s all the reasons why you should be watching the series on Netflix. Be sure to get caught up before the season three drop on March 13. 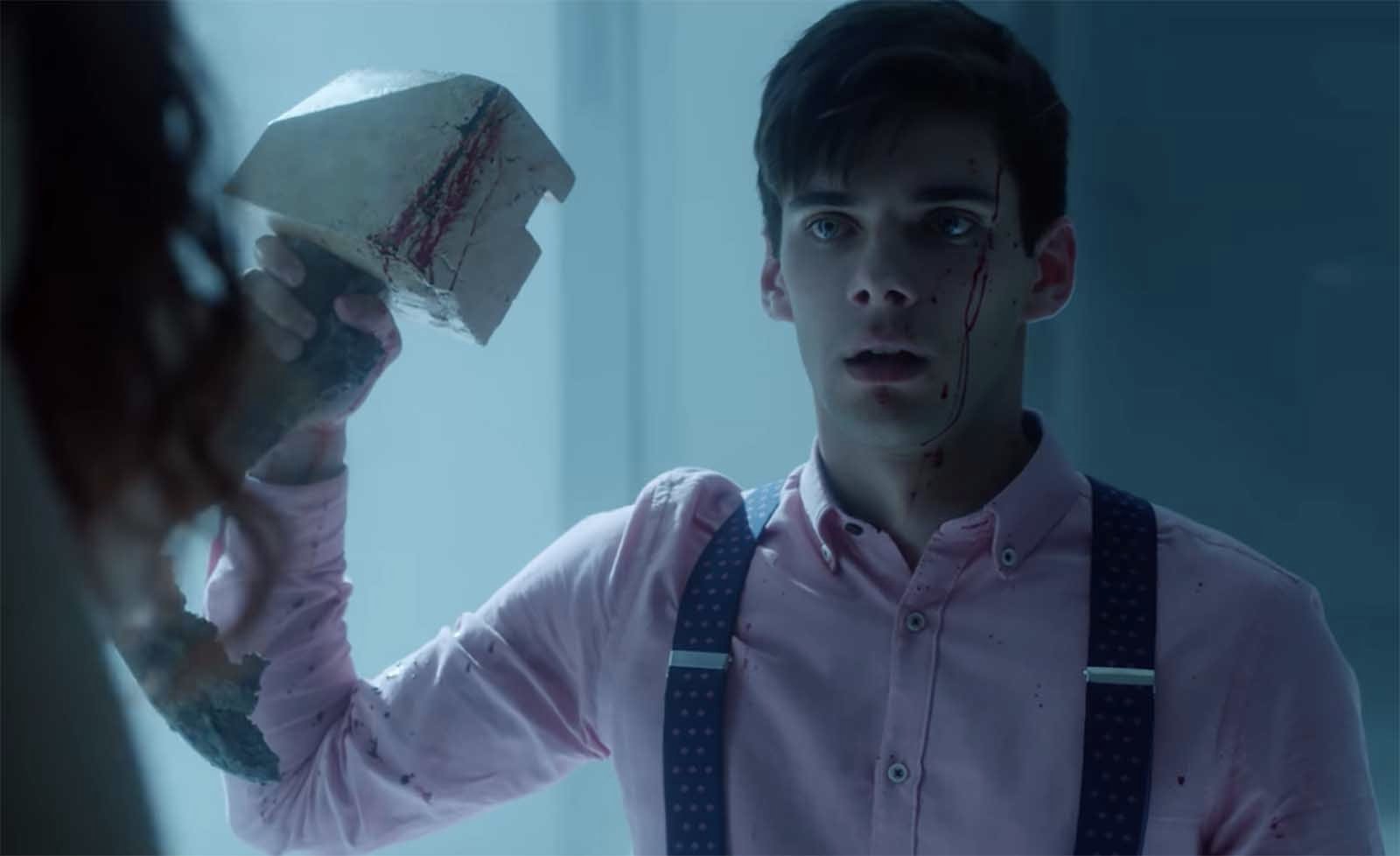 Elite is like if Gossip Girl, Riverdale, and How to Get Away with Murder had a baby

If you wished the posh richness of Gossip Girl hooked up with the compelling mystery of How to Get Away with Murder’s earlier seasons and Riverdale’s soapy tendencies, then Elite is precisely up your alley. The first season of the series follows a group of rich kids in at Las Encinas, an exclusive school in Spain, as they find themselves involved with a murder of a fellow classmate.

The focus of the series is on three transfer students of a working-class background: Samuel (Itzan Escamilla), Nadia (Mina El Hammani), and Christian (Miguel Herrán), who transfer to Las Encinas and try to fit in with their rich classmates along with, you know, the whole murder mystery. 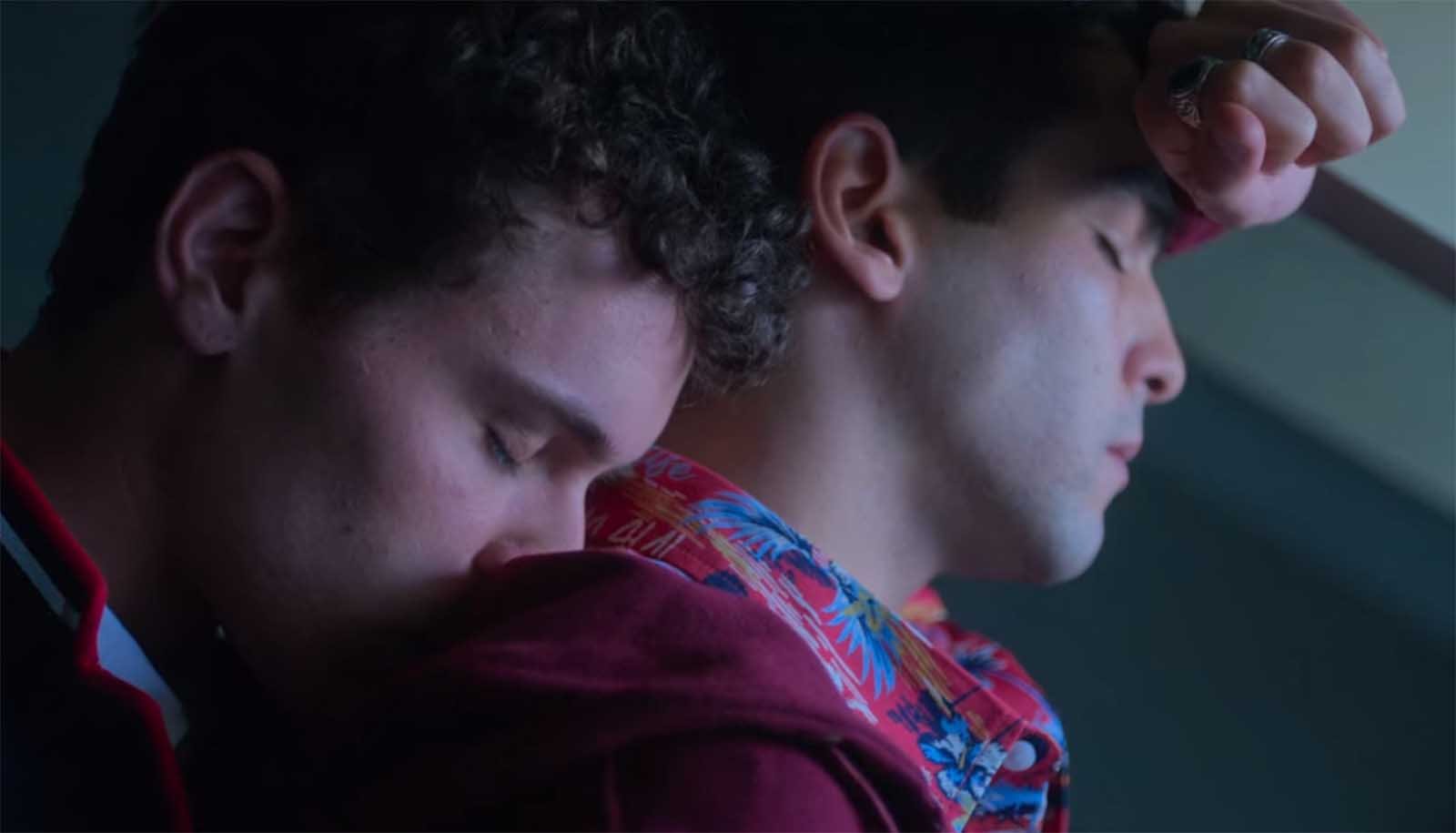 Elite has a lot of depth to it

Elite is not afraid to explore big topics with a surprising amount of nuance. Sure, you go in looking for a teen drama, but Elite is one with a lot of depth and careful exploration of society to it. Classism, toxic masculinity, homophobia, balancing your faith with being yourself, and more are all topics that Elite explores with a surprising deftness.

One romance is that of Ander (Arón Piper) and Omar (Omar Ayuso), who love and care for each other very much. The issue is that Omar is afraid of what is traditionalist Muslim father will do if he learns that his son is gay, rather than being nervous about being “out”. 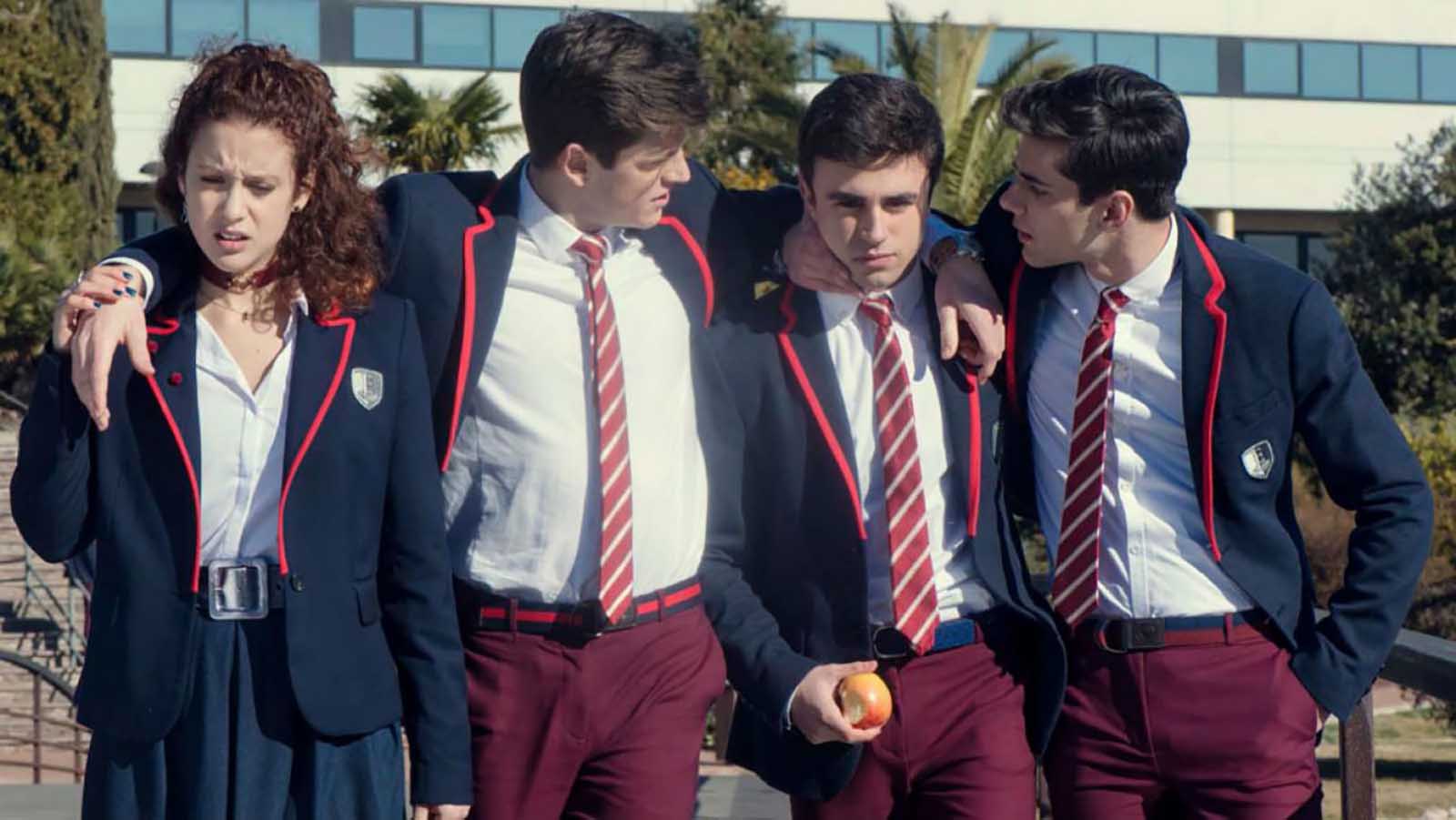 Elite utilizes flashbacks and flashforwards to tell its story

Like How to Get Away with Murder back when it was appointment TV, Elite smartly uses a narrative structure that goes into the past and future in order to flesh out the story even more. Audiences do not have the whole picture of how things went or how they ended up, but they end up wanting to know more. It makes for even more compelling TV. Audiences, especially ones drawn to series like Elite, love the chance to piece together the mystery on their own terms and put together the answers.

We won’t dare spoil anything. The depth of the character development and the exploration of the storylines lead Elite to have a very satisfying narrative arc for viewers of the series to enjoy in a major way. 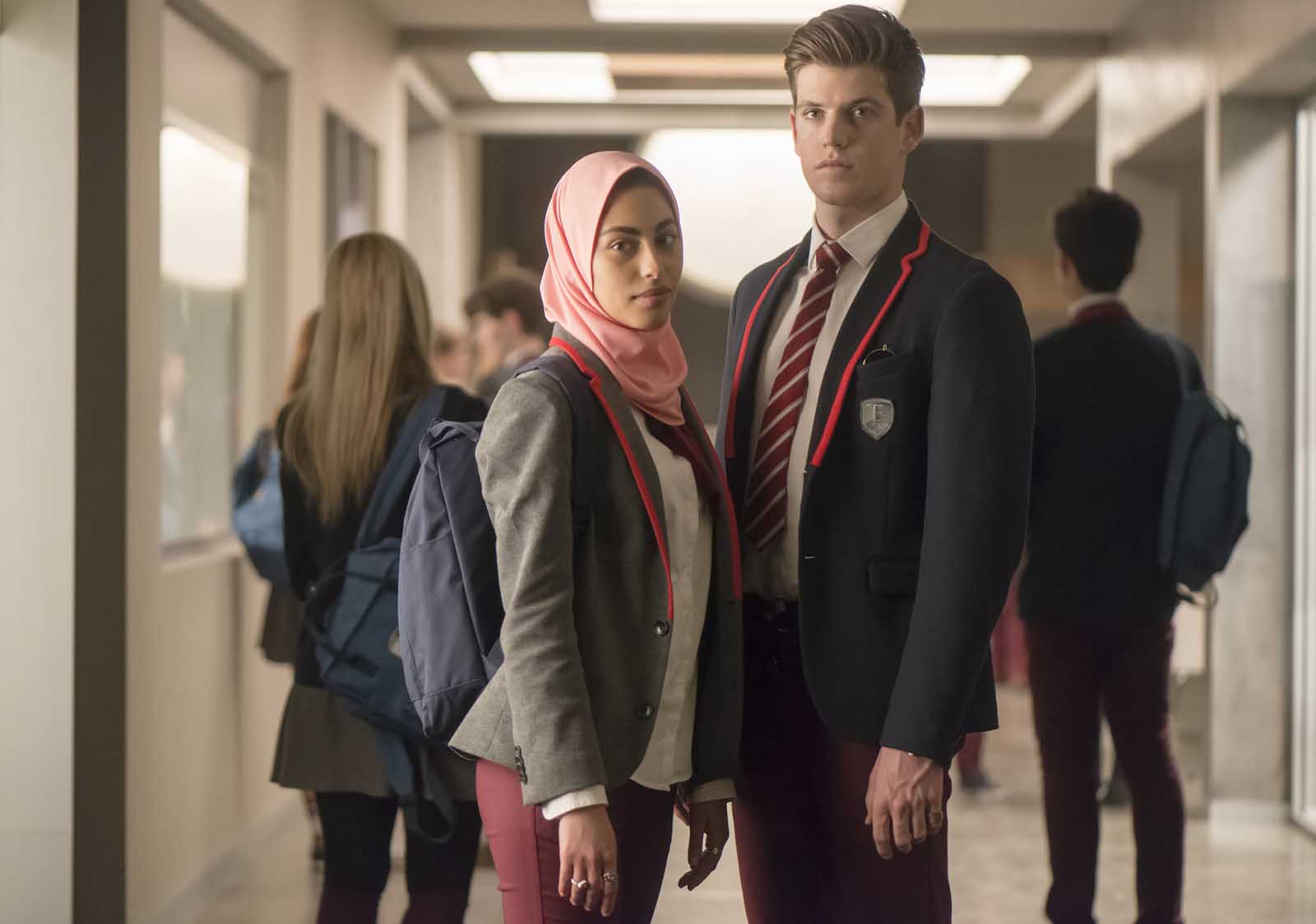 Elite also uses some of the best examples of narrative twists that we’ve seen in awhile. Not a twist in the sense that it comes out of nowhere, but a twist in a sense that you weren’t expecting but it’s narratively surprising and balanced. Elite has some very, very good writers behind it who smartly and deftly have plotted out their story.

We’re already waiting for the next season of Elite, who’s your favorite character? Let us know in the comments!