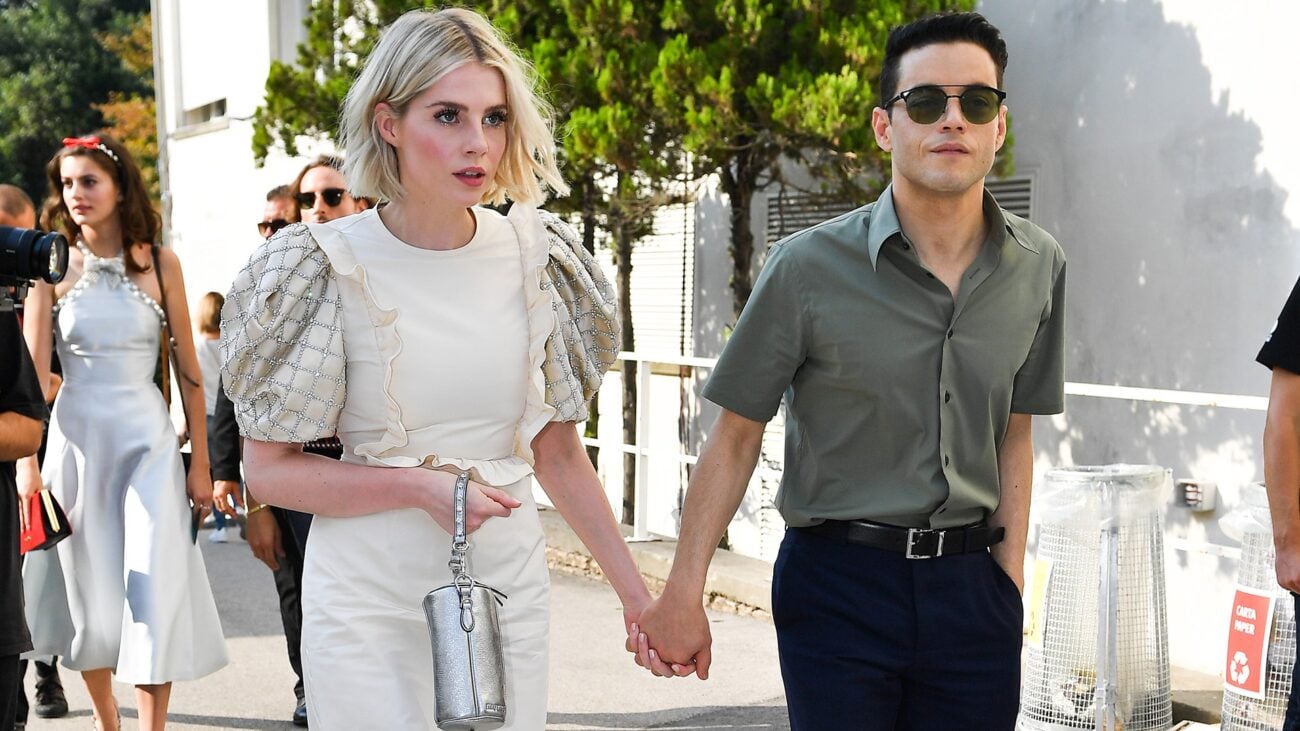 They may not be Blake Lively & Ryan Reynolds; heck, they may not even be Harry Styles & Olivia Wilde! However, the world still seems to be in love with Rami Malek & Lucy Boynton, the stars of Bohemian Rhapsody who seemingly try their hardest to keep their love for one another privately, unlike many other Hollywood couples . . .  we’re looking at you, Ben Affleck & Jennifer Lopez.

“Is Rami Malek dating Lucy Boynton?” is no longer the question on our minds, but “why?” After all, we really had no idea if these Hollywood stars were even a pair ‘til it was seemingly revealed before us at the 2019 Academy Awards, where Rami Malek won the award for Best Actor thanks to his amazing portrayal as Queen frontman Freddie Mercury. However, having recently been spotted, we now know that they’re still in love.

The pair, notorious for their discreet relationship, were recently spotted in a public outing in West Hollywood, holding hands as the two of them walked to a local bookstore. This is, of course, is the first time we’ve seen them outside in a public setting since their Croatian getaway last April. Just how in love are Rami Malek & Lucy Boynton? It’s as big a mystery as the relationship itself, apparently. 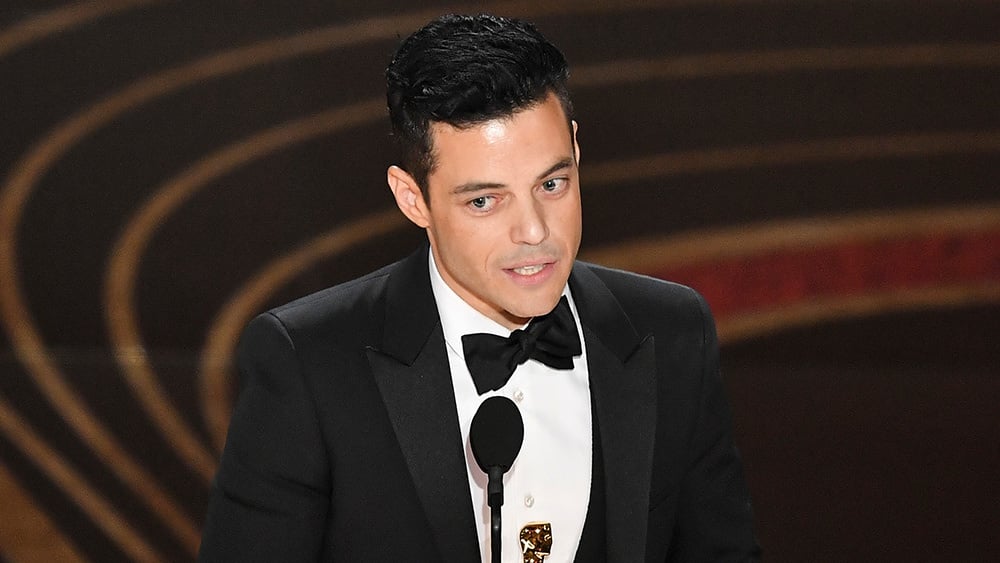 Rami Malek & Lucy Boynton, who continue to separate their love from their work, first began dating during the filming of 2018’s Bohemian Rhapsody, a project which left Boynton in awe of Malek’s talent and leadership. “Rami felt so much the leader of that set,” Boynton told The Cut in 2019. “The cast became so close going through that, as you always do when going through a particularly stressful experience, to put it politely.”

The pair tried their best to keep their romance a secret after filming ended. In fact, it wasn’t until Rami, who of course won countless awards for his performance as Freddie Mercury, began graciously thanking his real-life muse during his award show acceptance speeches, that the two were indeed solidified as a couple. Heck, Malek even planted a big one on Boynton’s lips during the 2019 Academy Awards.

“Lucy Boynton, you’re the heart of this film,” Malek said in his Oscar’s acceptance speech, where he beat out the likes of Christian Bale, Bradley Cooper, Viggo Mortensen, and Willem Dafoe. “You are beyond immensely talented. You have captured my heart.” 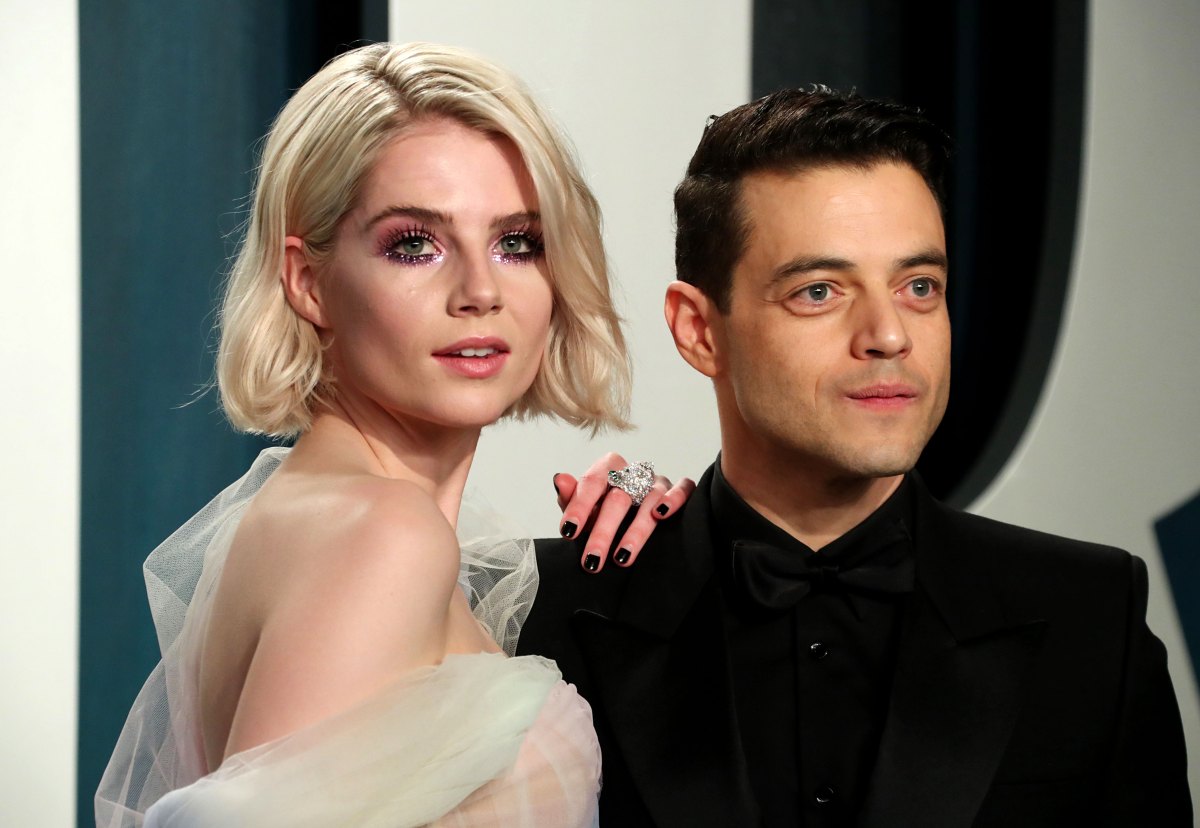 forty year old Rami Malek first got his big Hollywood break when he appeared as Pharaoh Ahkmenrah in Night at the Museum, a 2006 film-turned trilogy that starred Ben Stiller as a security guard tasked with protecting a local museum that comes to life at night. As well, Malek was also given supporting roles in small films such as Tom Hanks’ Larry Crowne, The Twilight Saga, and The Master, starring Joaquin Phoenix.

However, it was clearly Bohemian Rhapsody that shot this young actor to superstardom, landing him roles in the ensemble film The Little Things alongside Denzel Washington and Jared Leto, as well as launching him to the Hollywood pedestal where he would earn the villainous role in the upcoming James Bond: No Time to Die.

As for twenty-seven year old actress Lucy Boynton, her Hollywood story isn’t as long as the love of her life, but by gosh it’s growing as fast as ever. After a slew of smaller roles growing up, including 2006’s Miss Potter, Boynton would become a household name in the 2016 film Sing Street, which has opened many doors for this young and talented actress. Who knows? Perhaps we’ll see this couple together again on screen someday.