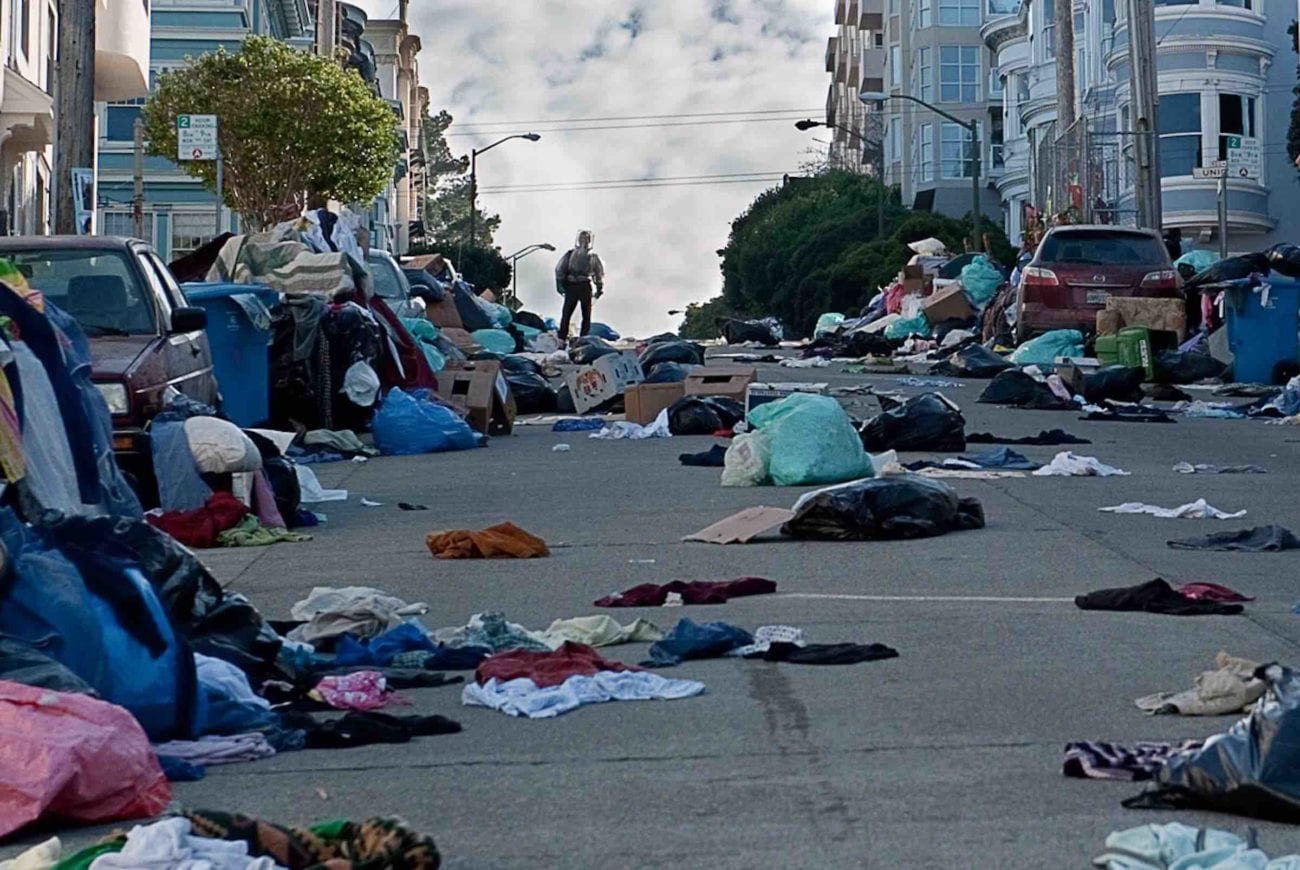 Scared yourself to death with ‘Contagion’? Here’s what movie to watch next

So, the world is ending and you’ve already watched Contagion.

Well, congratulations on being ahead of the curve. The Netflix queue is long, and the days are longer with the imposing threat of the end of the world. It’s a stressful time to be alive, which feels like a valuable time to scare oneself silly with a disaster flick. 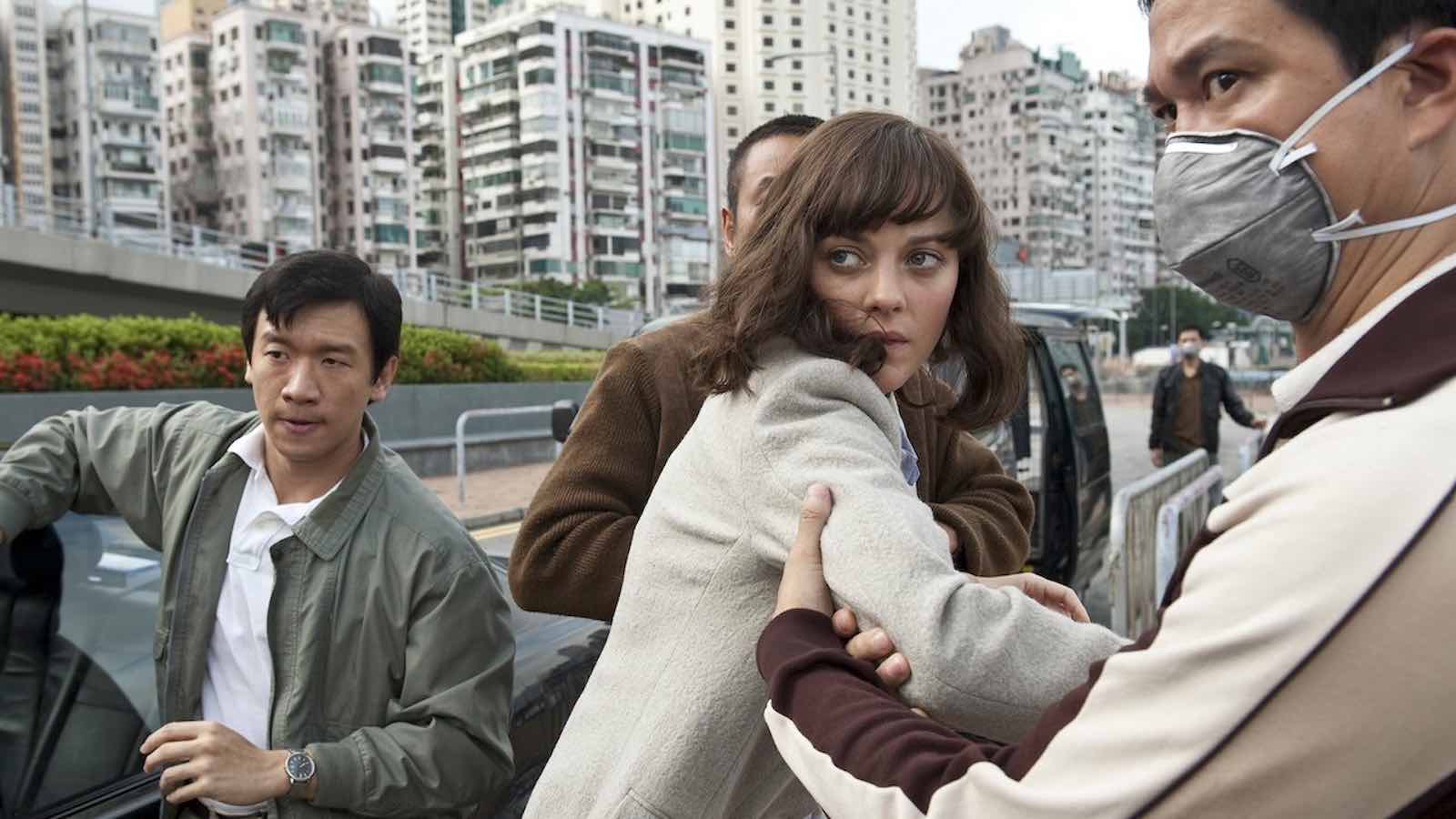 Watching these movies always feels like a cautionary tale: yes, the world might be ending, but at least we get to watch attractive, fit people run away from zombies at full speed. Contagion provides a step-by-step guide list on how to avoid an outbreak, with a film that avoids all of that, so sometimes it feels good to watch a film that embraces the chaos.

We’ve compiled a list of our favorite disaster films to watch, post-quarantine, with a major focus on diseases that the general public doesn’t take seriously until it’s too late. Let us know if we got it right, or if there is further carnage to enjoy! 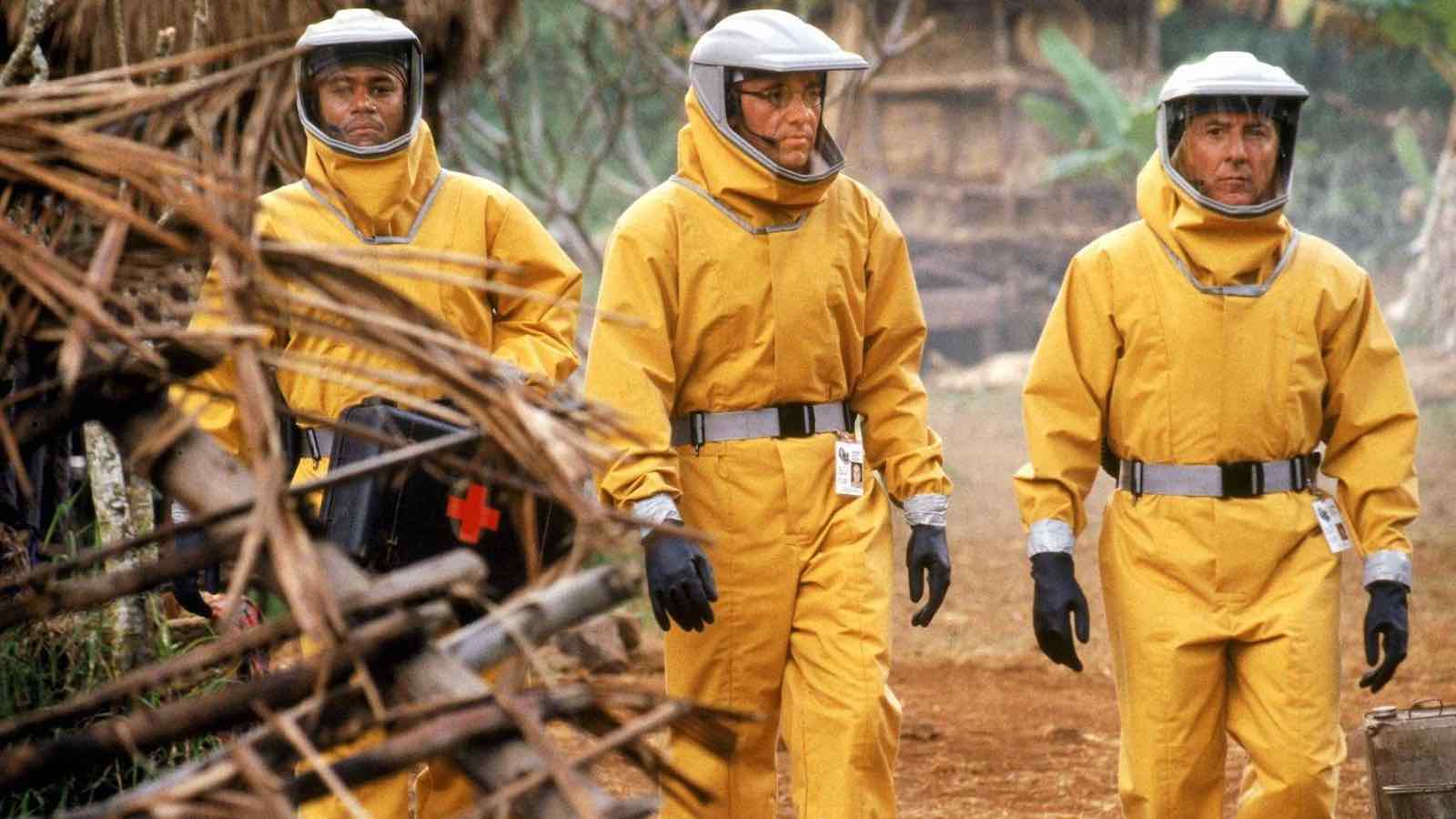 Sometimes, to learn about the future, we must look to the past. Specifically, the 90s.

This 1995 throwback tells the story of how one monkey infects a small town in California with a deadly virus, and thus spreads it to the rest of the United States. It features our boy Morgan Freeman in his younger days and the drama is certainly. It’ll make you feel like coronavirus is moving at a snail’s pace in comparison since the premise of the film is that the virus will take over the country in a mere 48 hours. 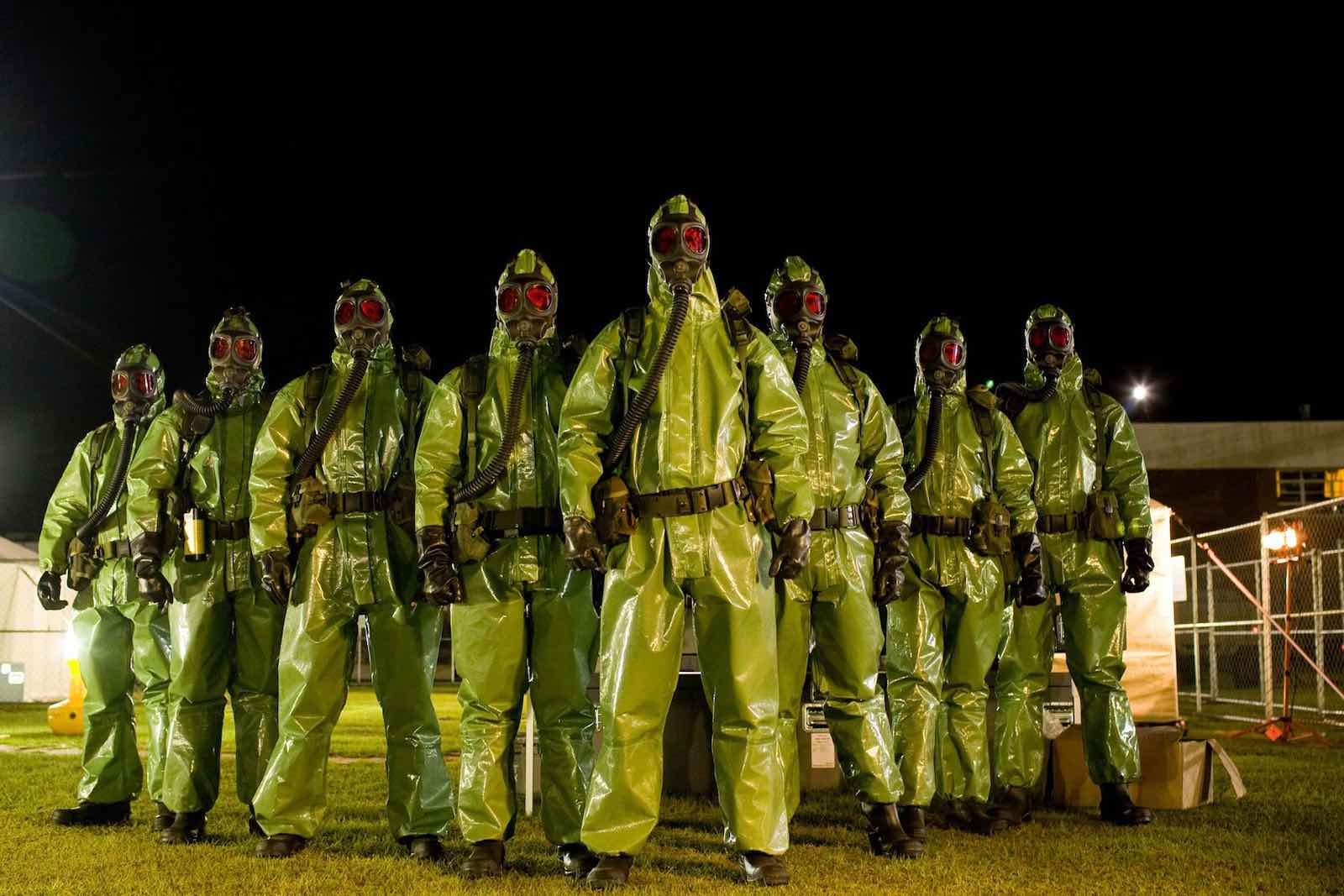 Some continue to speculate that the coronavirus actually originated as a bioweapon, although many official sources have refuted this theory. The Crazies will revive your conspiracy theory fever all over again if you’re into that sort of thing.

This 2010 remake of an original 1973 film is about how a military virus infects the people in an Iowan town and turns them into crazed killers. Civilians begin to get shot by soldiers and fathers set fire to their families; it’s an all around feel-good family film. (That’s a joke. Please don’t watch this movie with young children.) 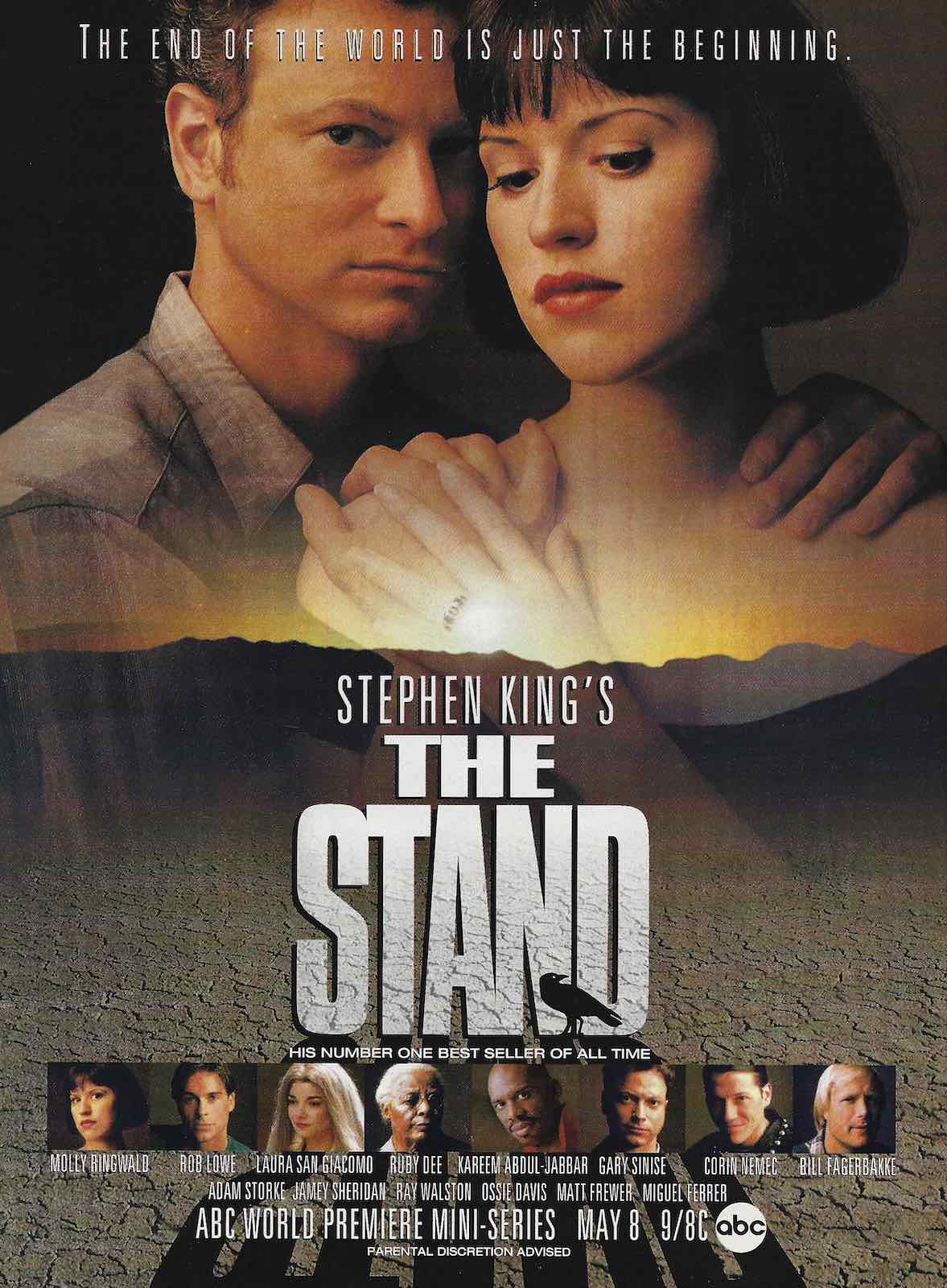 Any Stephen King fans in the house? This miniseries is based on the 1978 book that some critics claim as his best work. While this may not be a movie, that shouldn’t stop you from watching during quarantine. King has even recently referenced his work to caution people to maintain social distancing on his Twitter feed.

The Stand takes place in a world where a superflu has already annihilated 99.4 percent of the world’s population. A new social system emerges, and two factions of survivors face off against each other in a confrontation. It’s an interesting post-apocalyptic fantasy foray. 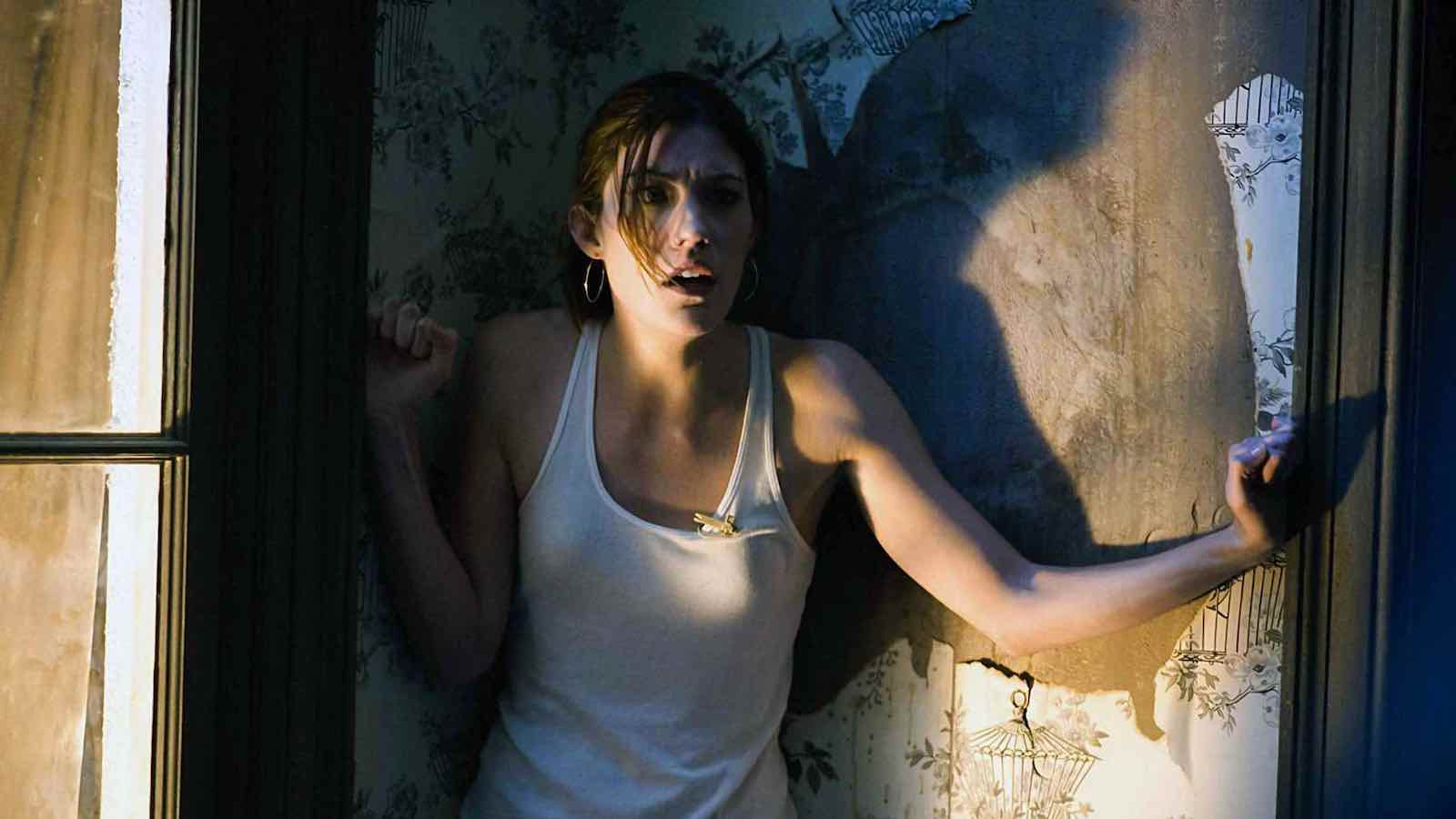 What more fitting a film to watch than this one when many of us are cooped up in our homes? Hopefully, even if the government hasn’t sanctioned self-quarantine measures where you live, you’re doing your best to stay away from others anyway. If you’re one of those naysayers who think it’s not bad enough until it’s real bad, maybe this film will motivate you to turn that blind optimism into a healthy dose of pessimism.

Quarantine is a brutal zombie movie filmed from the perspective of an unsuspecting television reporter and cameraman. What they thought would be a routine story about a typical night in the life of a firefighter turns into a night of seclusion in a zombie hellhole. There’s no happily ever after in this story. It’s a true cautionary tale. 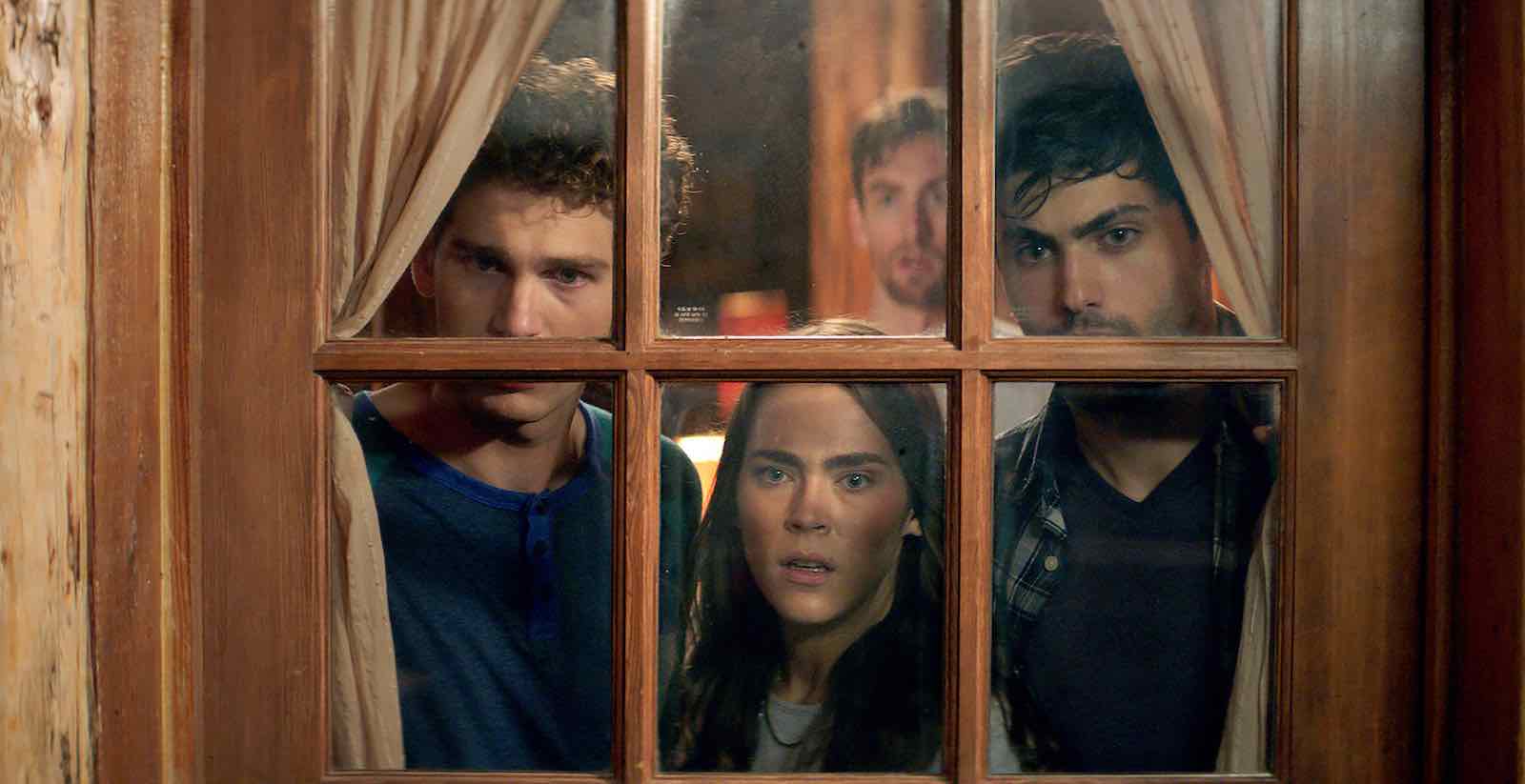 Hey, so we know you might be stuck in your house against your will. How about a movie about a flesh eating contagion that quickly spreads through a cabin? Oh, yeah, and this will make you afraid of your dog too.

In Cabin Fever, five 20-somethings get together for a week-long vacation in the woods. A hermit whose dog has spread a deadly pathogen to him subsequently infects the whole group, albeit indirectly. People get shot, bit, mauled and more. This horror flick has a sufficient amount of pathogen-induced chaos to make you start side-eying your roommates. 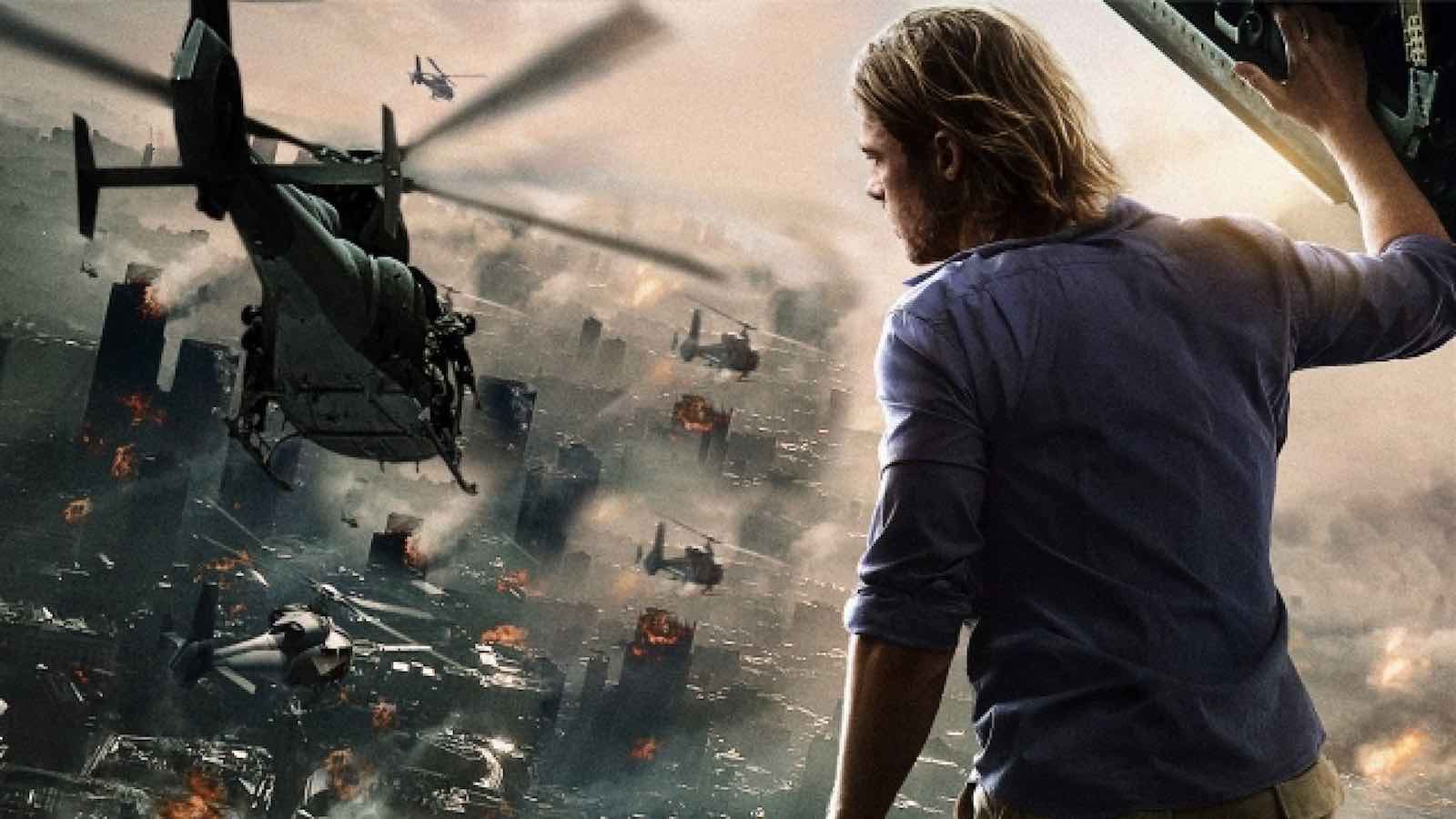 Ah, this zombie movie classic. Nothing like a little Brad Pitt to soothe the seclusion blues. This 2013 apocalyptic action film puts the fate of the world in one guy’s manly hands. This one is more a feel-good feature than the others since a vaccine is created by the end of it. If only that could quickly happen in the real world. Brad Pitt, where you at? 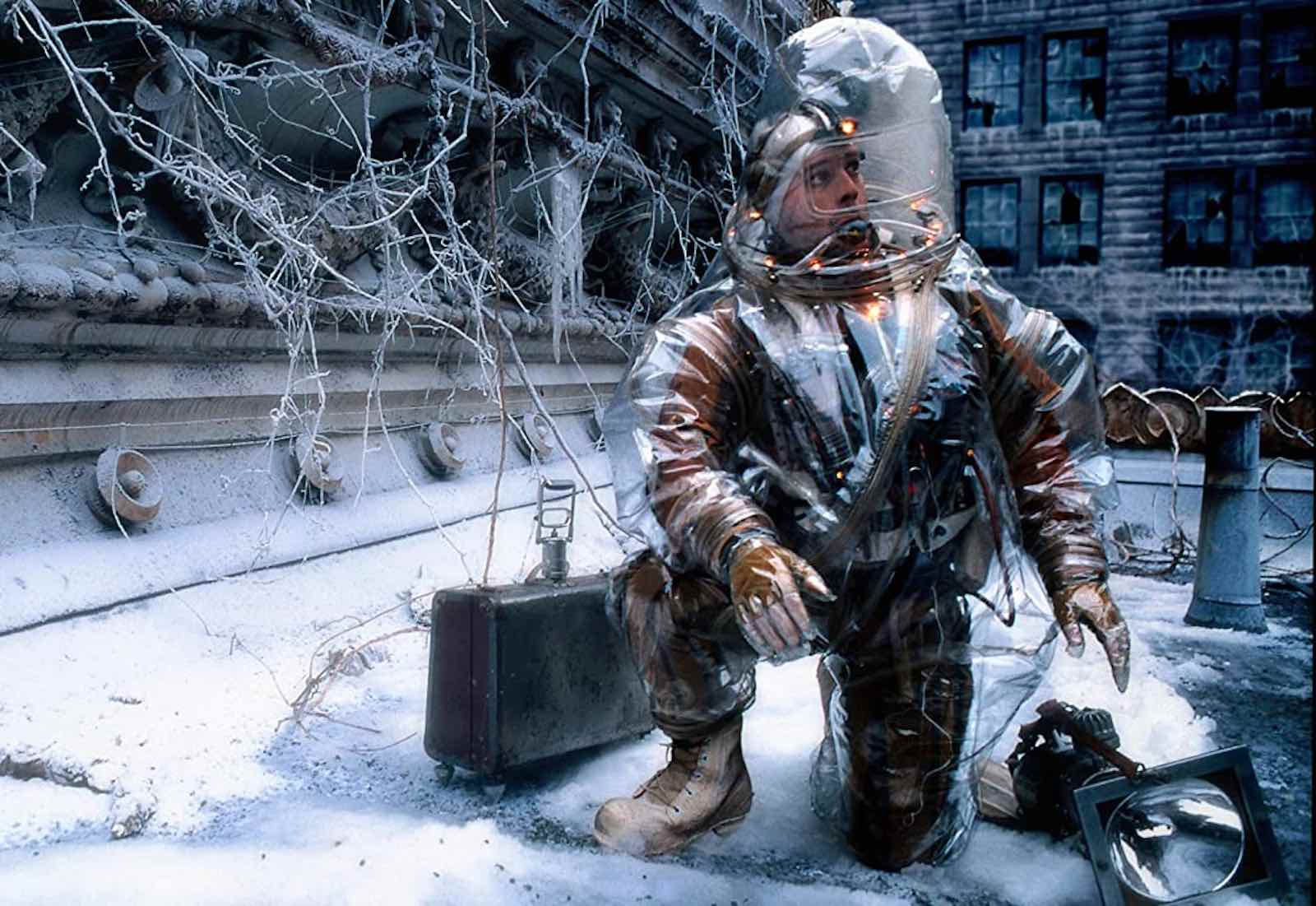 Hey, look, more Brad Pitt! And some Bruce Willis. This neo-noir science fiction film meshes together catastrophic pandemics with time travel. In the 1995 movie, 12 Monkeys, a character named James Cole (played by Bruce Willis) must time travel from the 2030s back to the 1990s in order to gather information about a budding plague. If only we had that type of technology. 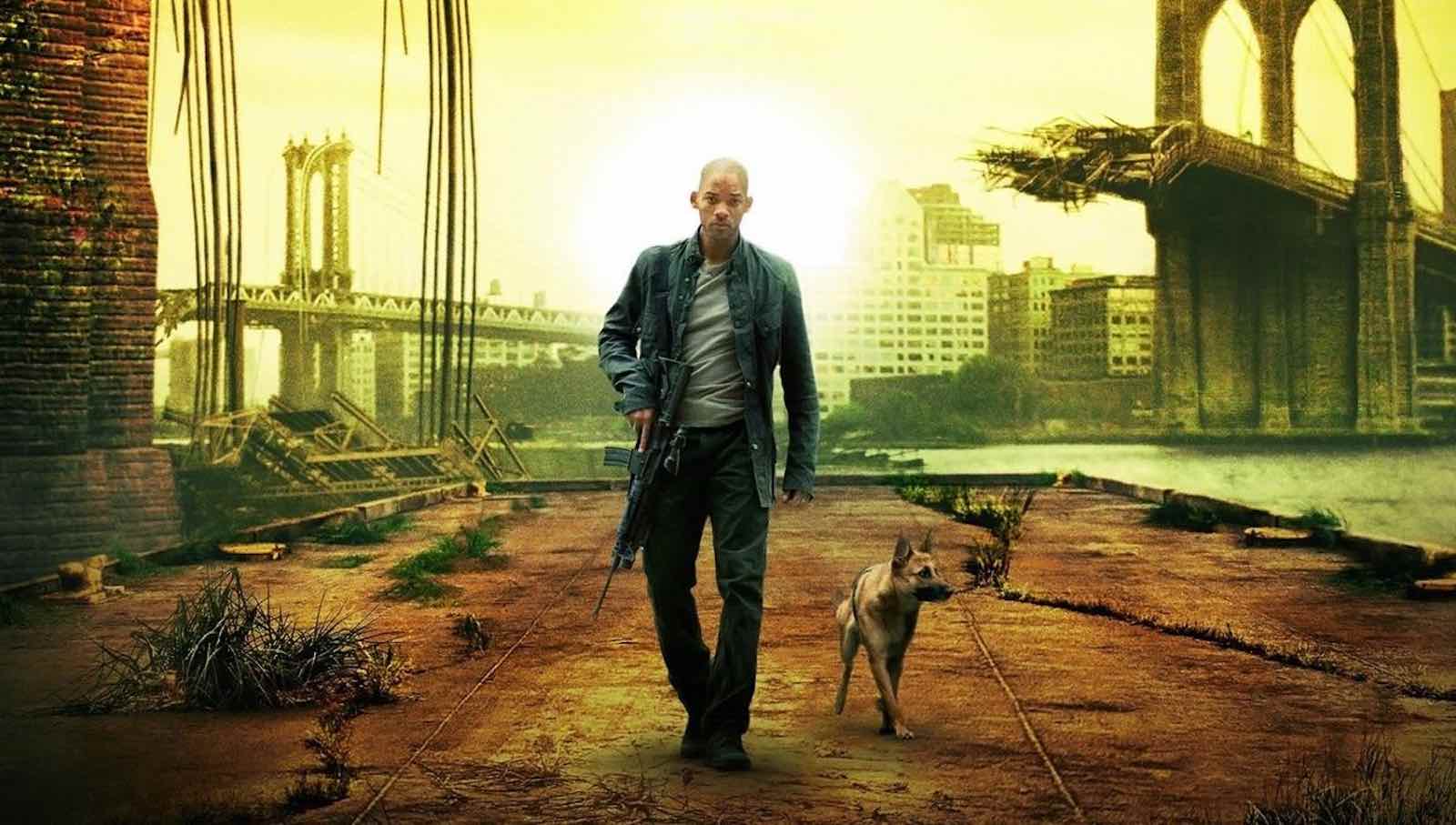 In this movie, Will Smith plays a brilliant scientist who is seemingly one of the sole survivors of a pandemic. He walks the streets of New York City alone as he tries to develop a cure to the disease using his own immune blood. This film does a fantastic job of portraying the melancholy that pervades forced solitude, and the zombies involved are pretty speedy to boot. 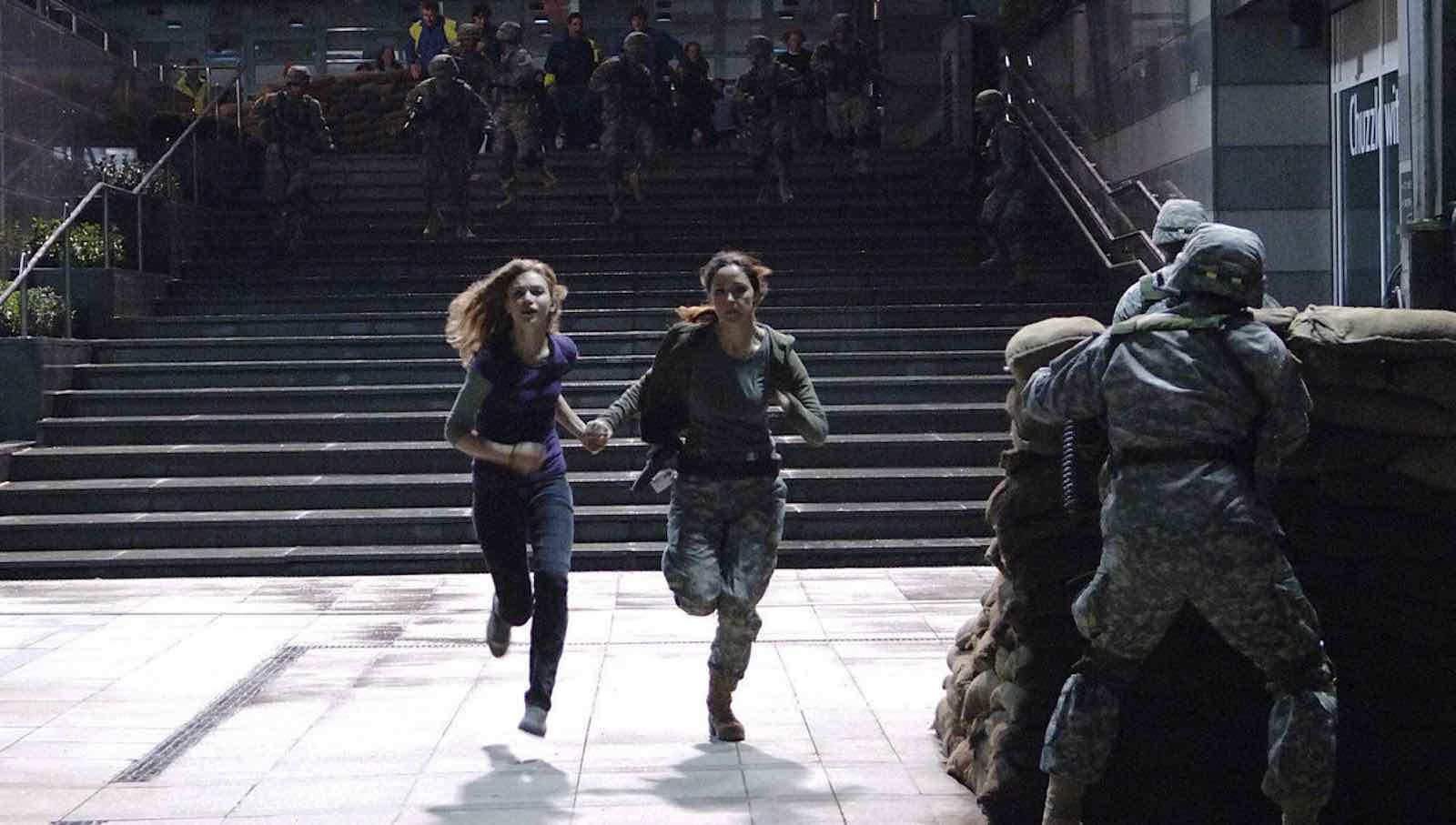 28 Days Later is perfect for watching a movie about zombies. It tells the story of a poorly-contained contagion in the British Isles. The American military is dispatched to restore normalcy to the community only to find the virus that is supposed to be gone has actually mutated into a much more dangerous strain. 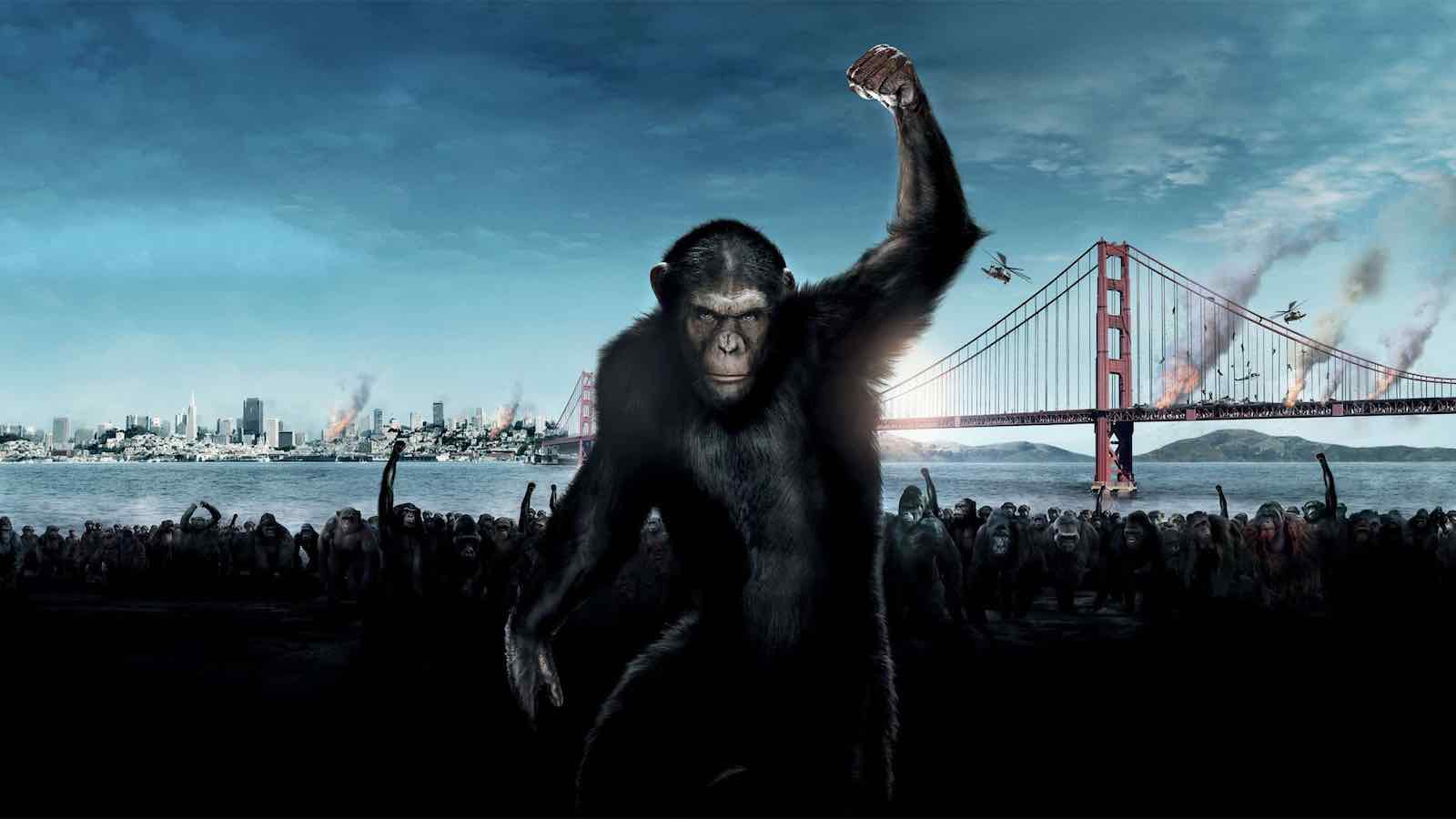 Rise of the Planet of the Apes

The 2012 prequel (of sorts) to Planet of the Apes tracks the evolution of the Simian flu, the harbinger of doom that is going to lead to apes on horses and taking over humanity. Will the coronavirus also lead to apes trying to take over humanity? Only time will tell.

This batch of post-apocalyptic flicks should keep you duly occupied and a sufficient amount of scared during your time being socially distanced. You’re welcome.