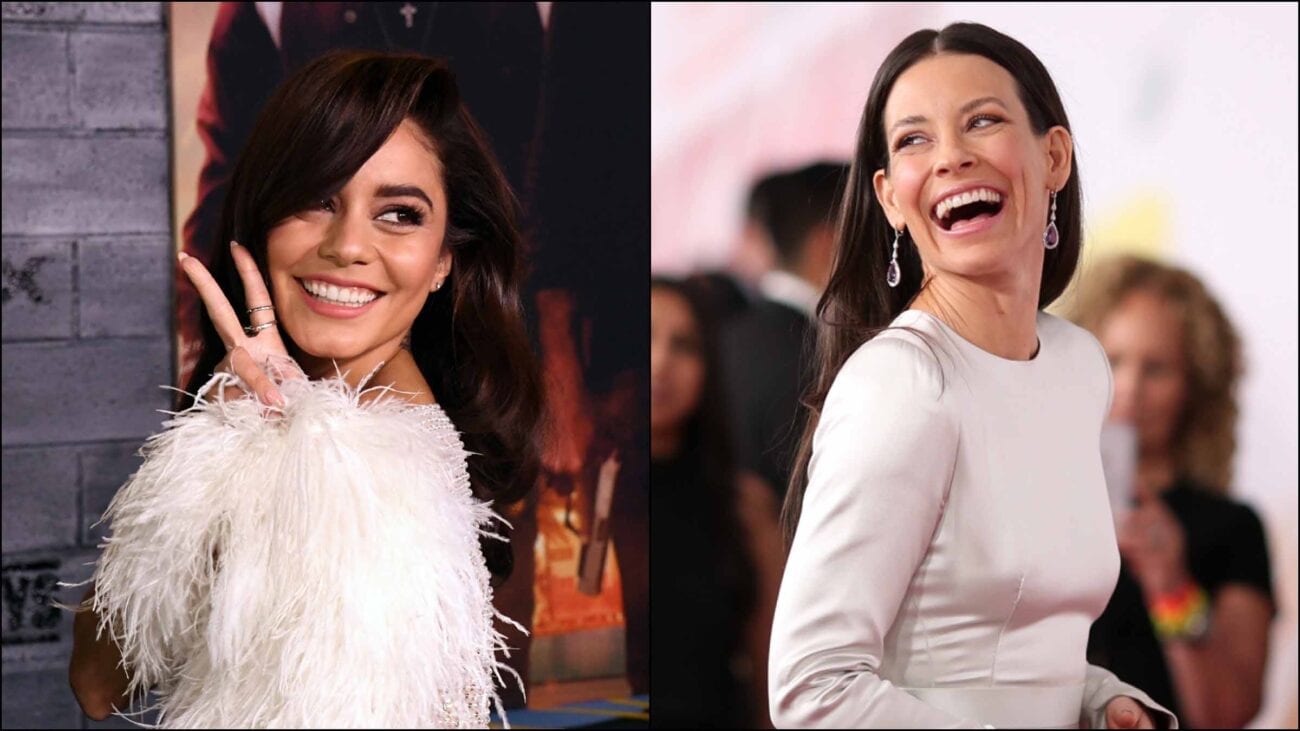 These female celebrities are the most annoying in quarantine

Celebrities have been struggling with the realization that without the ability to go to work as usual their relevance is going to diminish. Not just that, but many of these supposedly entertaining people have revealed themselves to be less than amusing without a script or a pre-written song.

Meanwhile, other stars who are dealing with the desire to continue feeling important have shown their off-script selves to be downright unlikable. From videos to pictures these stars have shown us not just the insides of their homes, but the insides of themselves. A lot of people aren’t liking what they see.

While it seems likely fans will conveniently forget their favorite stars’ social faux-pas once the world starts going back to normal, for now, one of the most unifying experiences on the internet is dunking on the latest obnoxious celebs. Here are some of the female celebrities that made us cringe so hard we now have crows feet. 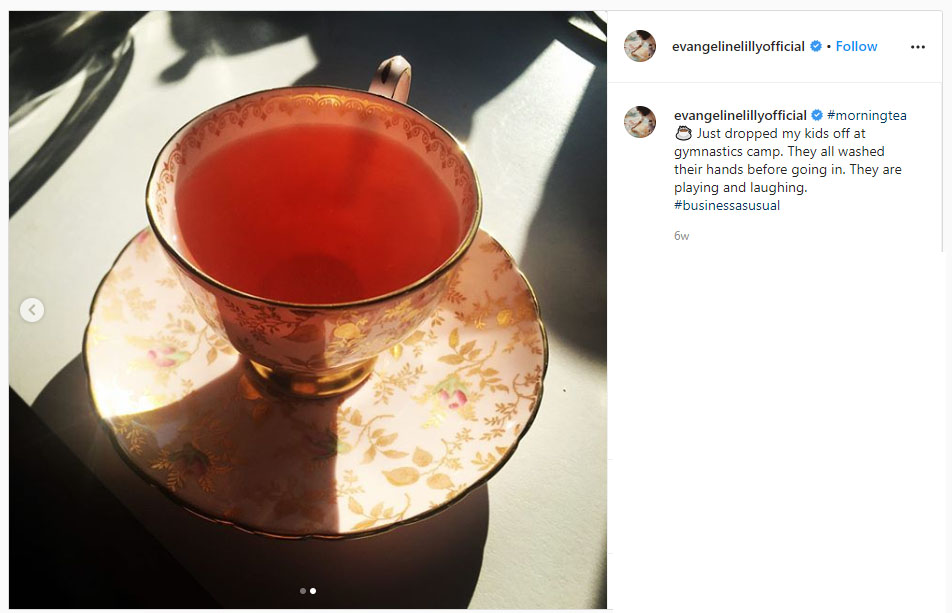 This Instagram post from six weeks ago is the epitome of ignorance. In the height of the United States’ need to quarantine Evangeline Lily bragged about sending her kids to gymnastics camp– and according to her picture, it was all in the name of enjoying a cup of tea. 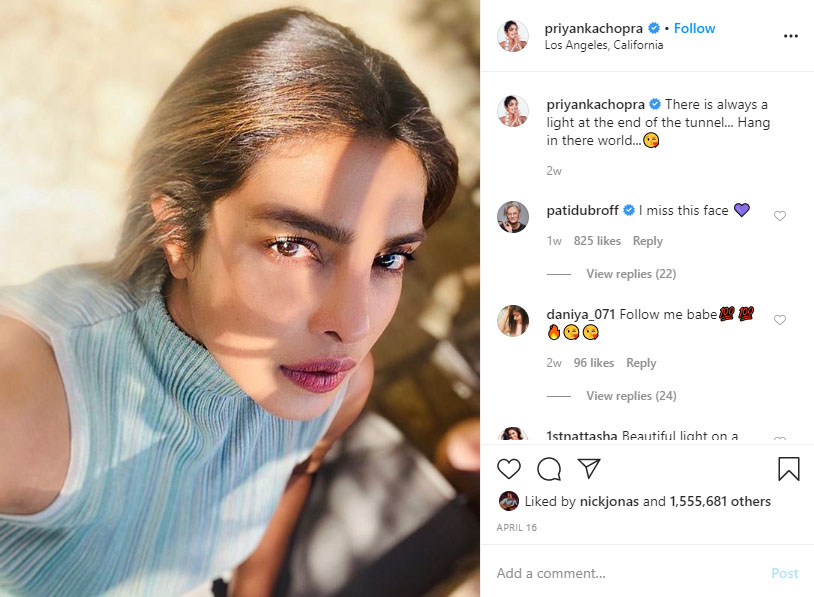 While people have found it cool to hate since Priyanka before quarantine, her Instagram posts haven’t really changed anyone’s mind. While most celebs are ready to admit they too have been in sweats for two months, and haven’t touched makeup is equally as long, Priyanka is continually posting magazine ready selfies and videos.

This specific image was captioned “There is always light at the end of the tunnel . . . Hang in there world . . .” Ah yes, suddenly the weight of a sick world has been lifted from my shoulders because a pretty woman said a vaguely encouraging sentence online.

While not the most famous celeb out there, this internet personality does have influence. So, promoting anti-vax ideologies in the midst of a worldwide pandemic is going to get you some bad press. 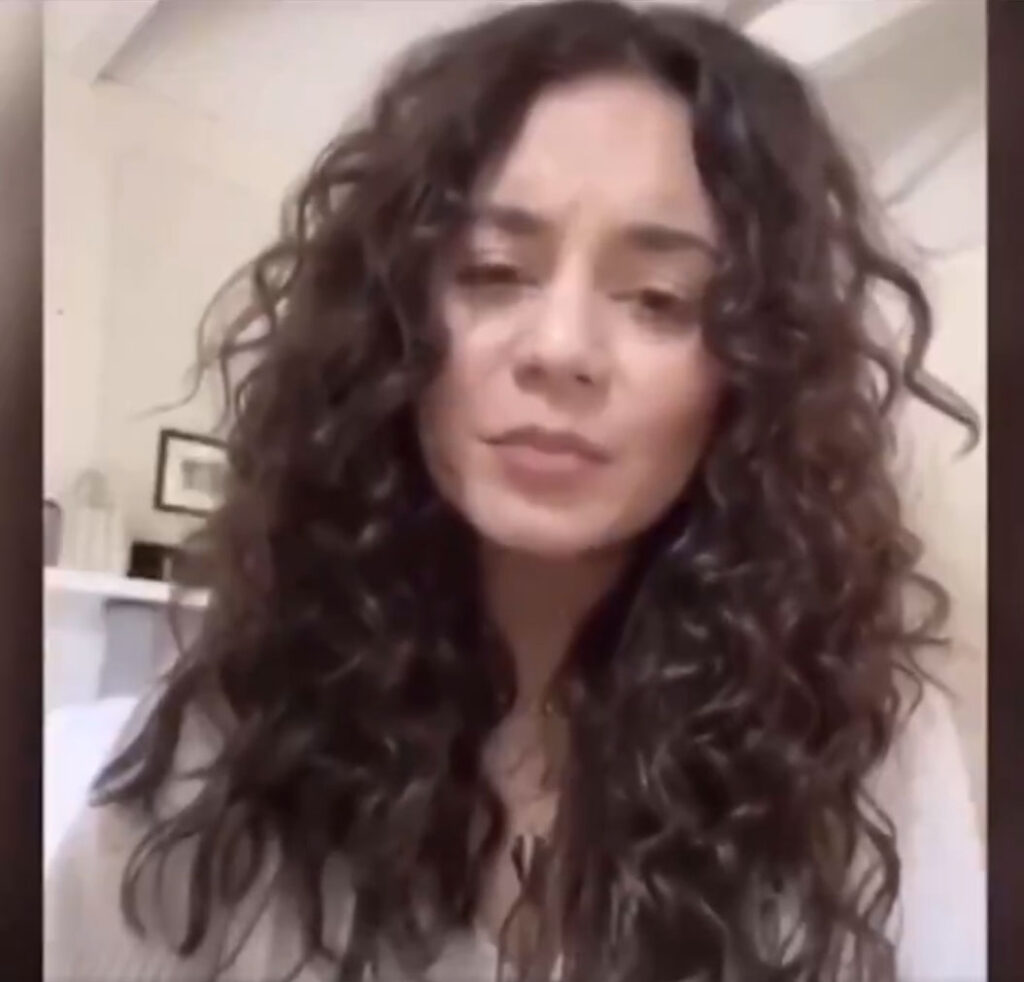 During an Instagram live session, Hudgens was seen complaining that Coachella was cancelled saying that “people are gonna die”. She seemed to not understand why quarantine was necessary.

People were rightly upset and horrified at the High School Musical star’s blazé attitude toward thousands of people dying, just because she appeared to want to, yet again, be named Coachella’s most fashionable by magazines. There’s always next year, hun. 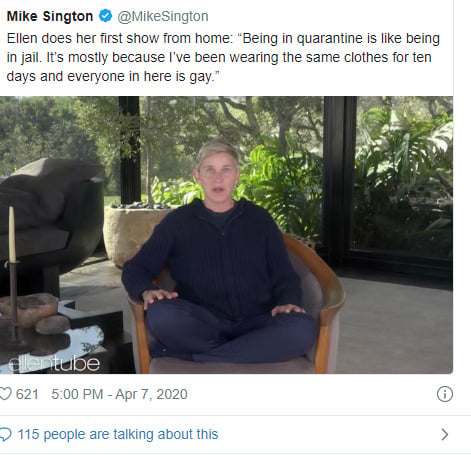 Ellen has been under fire a few times within the last year and a half, and quarantine apparently hasn’t saved her. Like many talk show hosts, she has started to record her show from home. However, in her first episode back people were rather offended.

Ellen stated that quarantining was like being in jail. The offense stung differently for different people. Some were upset that she had the audacity to feel imprisoned in a massive Hollywood mansion while some people are stuck inside cramped studio apartments.

Others were upset because people currently in jail are extremely at risk of catching the virus and many in there are dying.