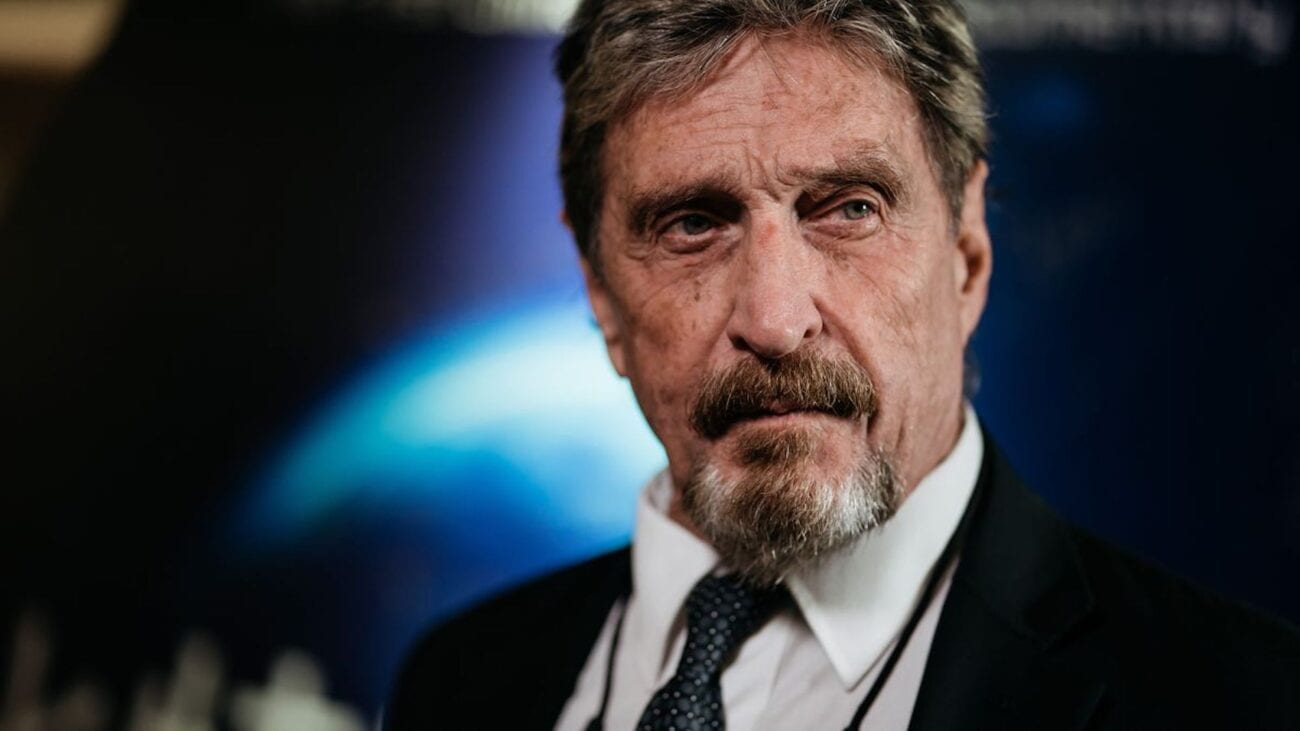 Is McAfee Antivirus software really that annoying? Its creator, John McAfee, even told his own customers to uninstall it! However, his reasoning went beyond not wanting PC users to get those annoying popups every day. McAfee was known for his outspoken personality and passion for the free market, so when he reportedly thought his old software company went against his values, he told users to give McAfee the axe.

Beyond applying self-professed libertarian values to his business, McAfee got into some serious legal trouble, too. Supposed involvement in murder cases, alleged drug manufacturing, and tax evasion are only some of the charges McAfee faced. Yet, his arrest for tax evasion and extradition to Spain appeared to be what did him in. McAfee died in his prison cell on June 23rd, and official reports claim it was a suicide.

Despite the reports, some online sleuths speculate McAfee’s death could have been a homicide – and not just any old murder. Someone with access to Mcafee’s Instagram account posted an image of a plain letter Q a little after media outlets started reporting McAfee’s death. Was this a sign for people who are part of the QAnon community? Let’s dive into this latest part of the conspiracy. 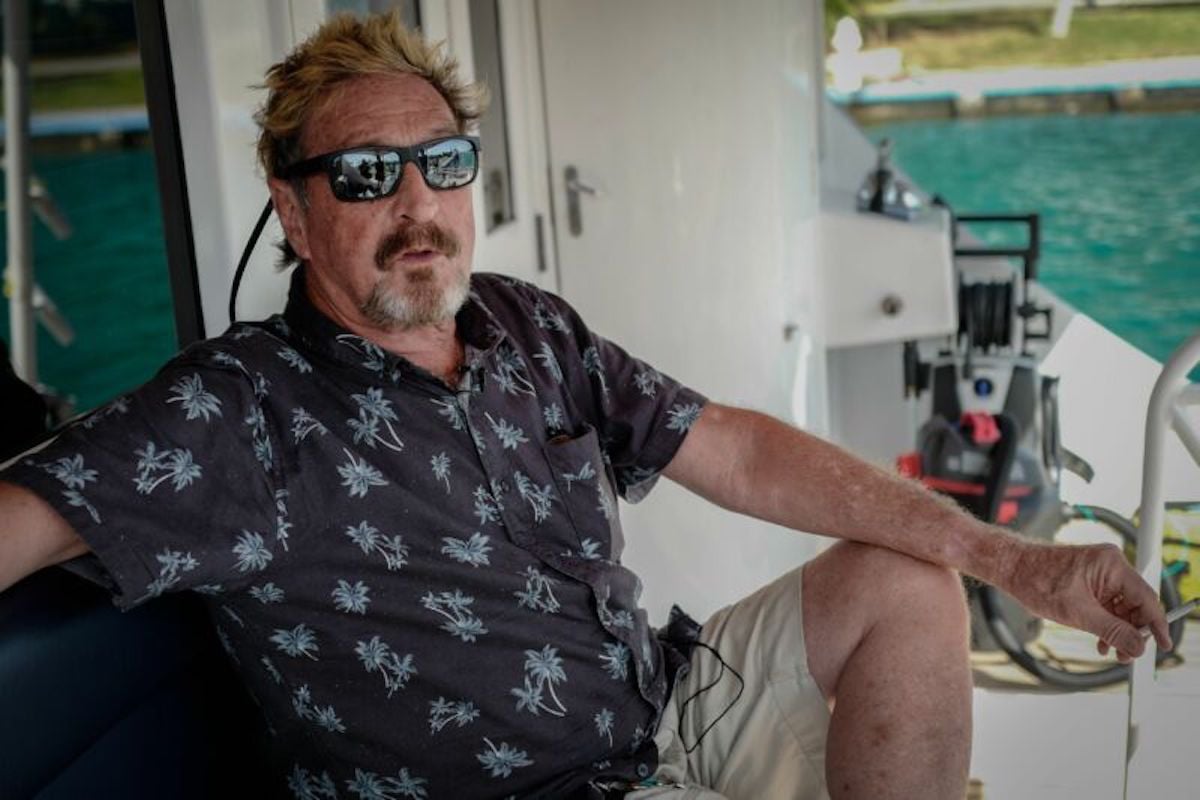 The QAnon conspiracy was reportedly a major force driving the 2020 election for many Trump supporters. MSM often reported that QAnon was composed exclusively of Trump supporters, and the faces of the movement were often shown to be Republicans like Marjory Taylor Greene.

Some mainstream media claim a sizable portion of the people who participated in the January 6th Capitol Building incursion were QAnon conspiracy theory supporters. While most people believed this is where Q ended, as no new drops have been posted in quite some time, John McAfee’s cryptic Instagram post adds another layer to the unfolding drama. 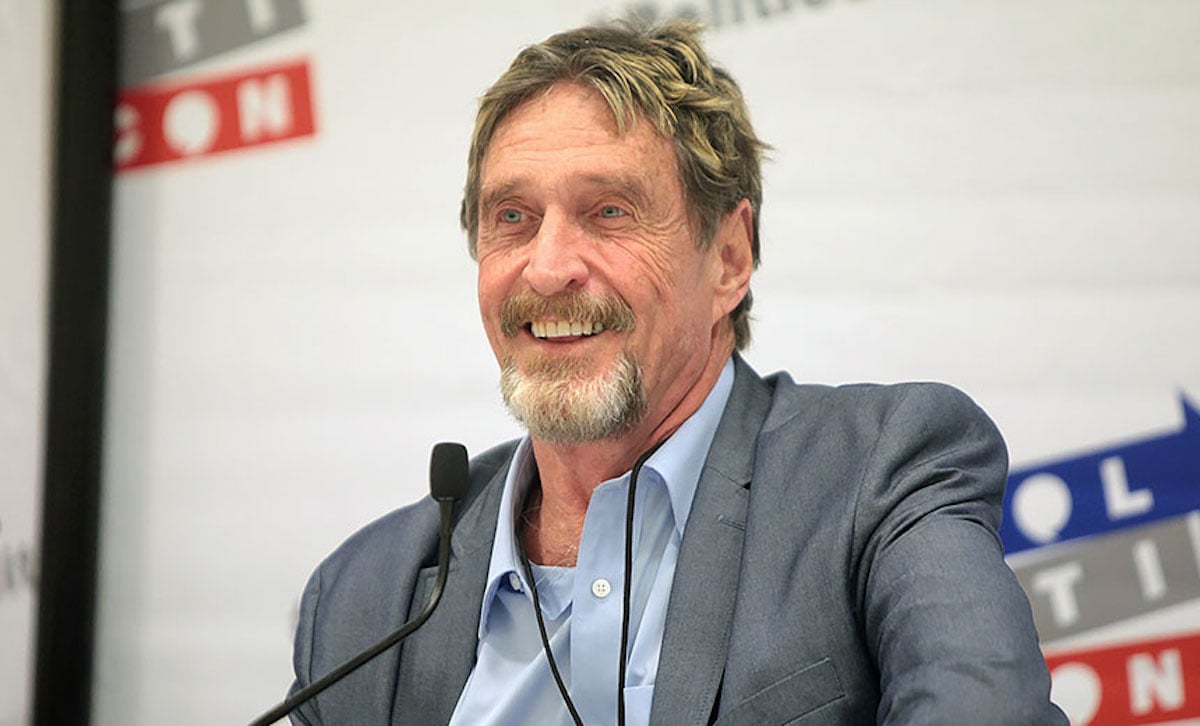 “No stranger” to conspiracies

John McAfee was no stranger to believing in conspiracy theories himself. In 2019, after Jeffrey Epstein died in a New York federal prison, McAfee posted a modified photo of him with Epstein on Instagram, claiming the disgraced pedophile never killed himself. 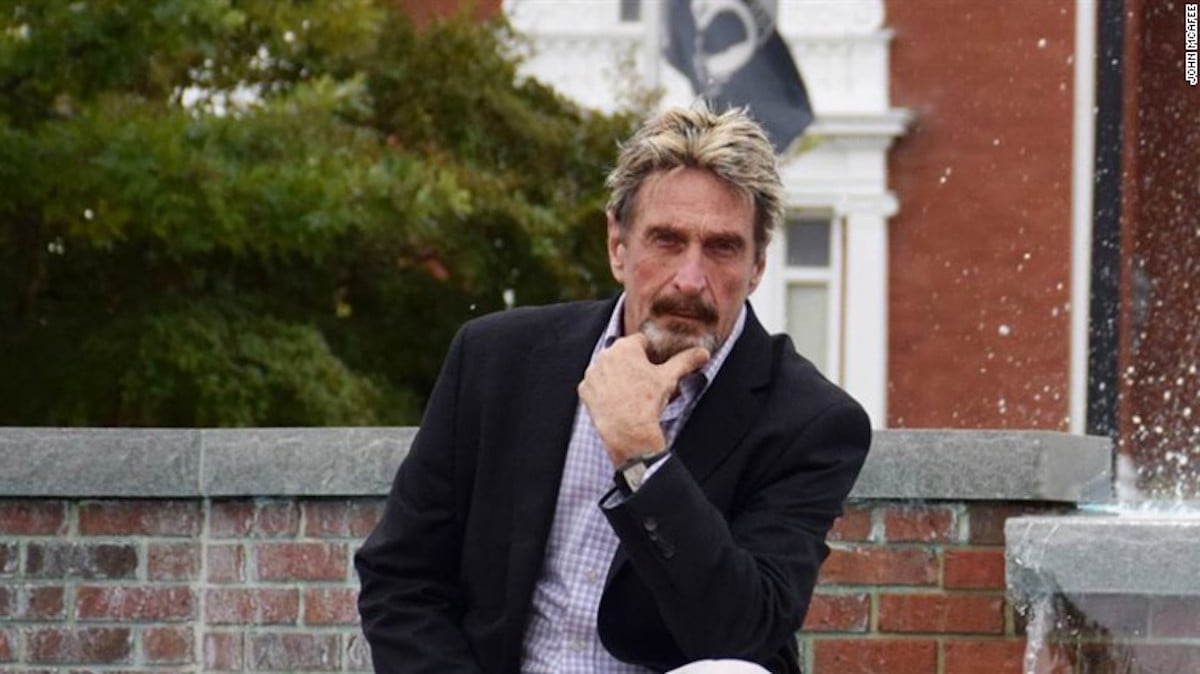 Villalba explained to the media that he didn’t pick up on any suicidal behavior or signs from his client; Janice McAfee reported that she spoke to John McAfee hours before the supposed suicide, and he showed no signs of depression or tendency toward suicide during the conversation.

After the news of McAfee’s death surfaced, many social media users also became skeptical of the suicide scenario. With the hashtag “John McAfee Didn’t Kill Himself”, many users claimed McAfee’s death wasn’t result of a suicide, but of a conspiracy instead. The hashtag became one of the trending topics on Twitter right after McAfee’s death was reported. 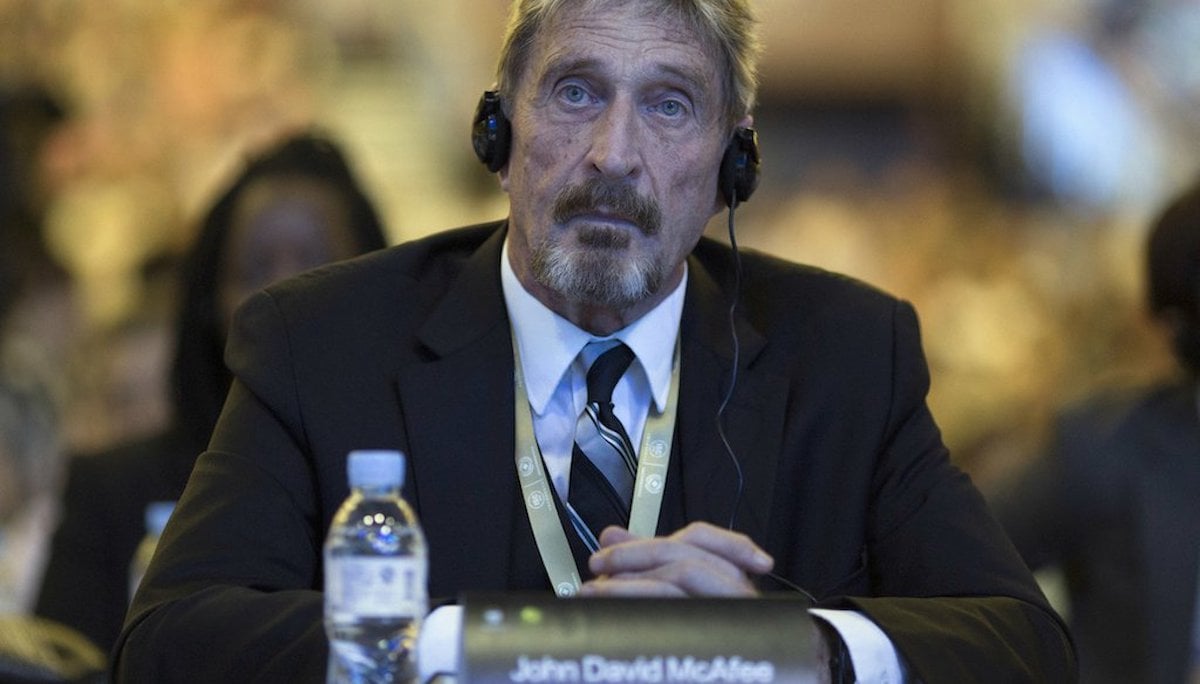 Foreshadowing with a tattoo

Fueling the conspiracy claims, McAfee hinted at his eventual fate strongly in the past. In 2019, he got a tattoo on his arm saying “$WHACKD” – the dollar sign possibly representing monetary reasons for murder as well as an “S” for “suicide”.

McAfee commented directly on the possibility of “being suicided” (assassinated and made to look as if suicide) in 2020 after his arrest and incarceration in Brians Penitentiary outside Barcelona. He ominously tweeted: “I am content in here. I have friends. The food is good. All is well. Know that if I hang myself, a la Epstein, it will be no fault of mine.”

A Spanish judge ordered an autopsy on McAfee’s supposed remains, but the results may take several weeks to be released. And as any good conspiracy theorist will tell you, coroners are very cheap indeed to bribe.

May the chaotic, colorful, controversial character John McAfee rest in peace – that is, if he really passed away.

Do you think John McAfee’s death was a conspiracy? What does it have to do with QAnon? Or was it really suicide? Let us know in the comments. 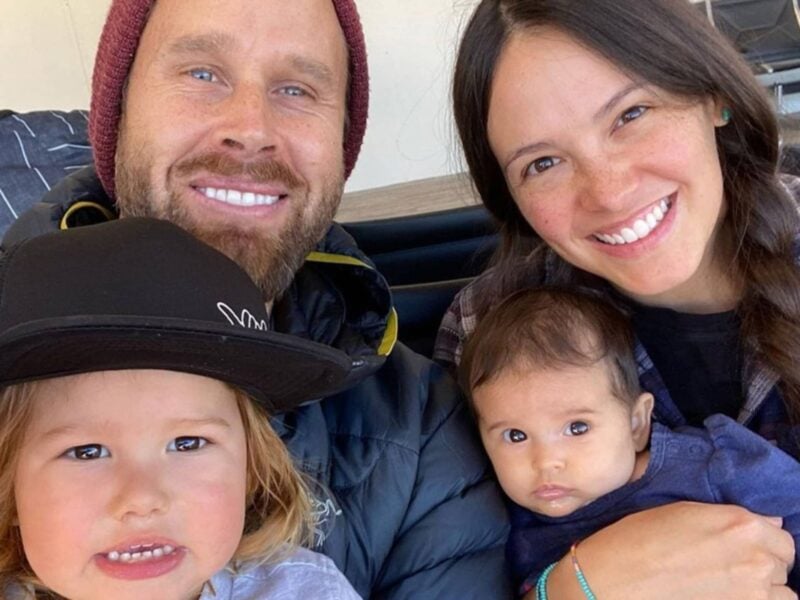 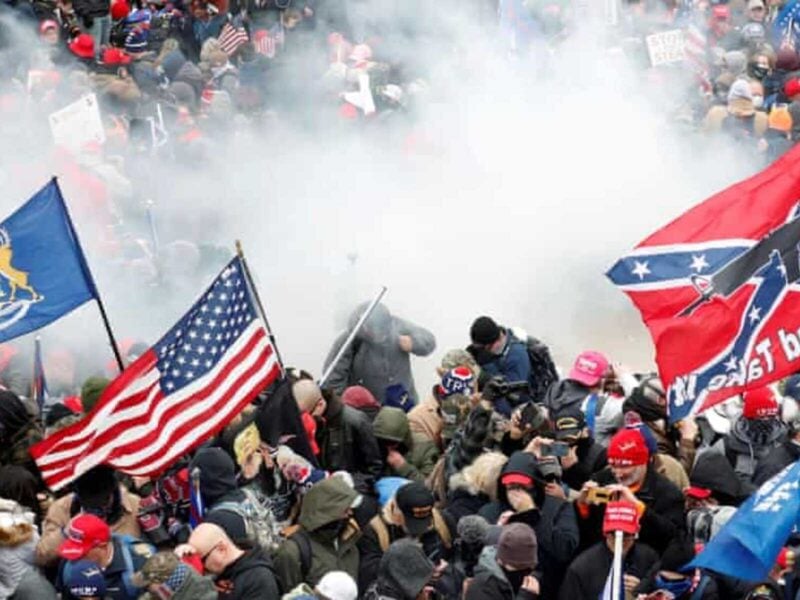 QAnon after Trump: Does this news prove the organization is still going strong?