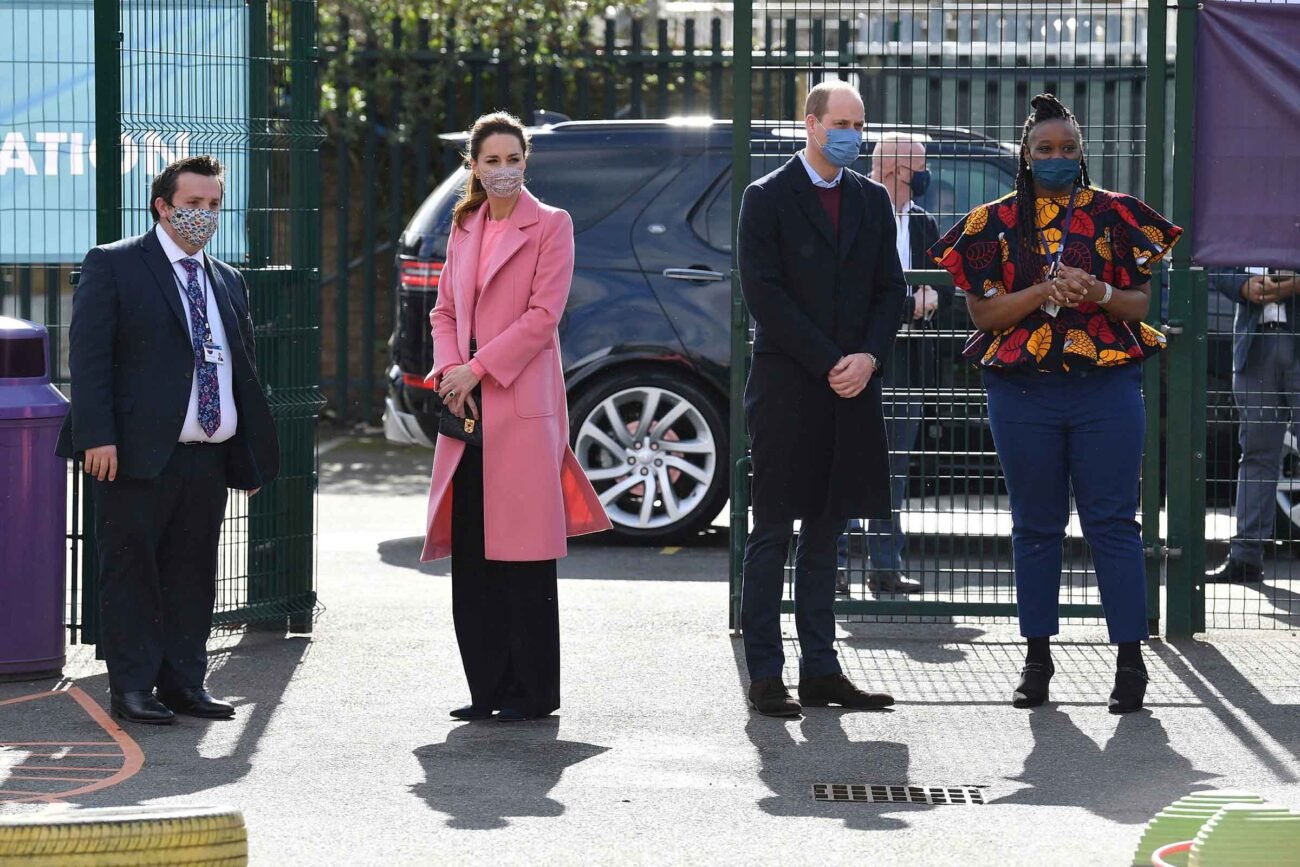 How do Prince William and Kate feel about Meghan and Harry’s interview?

Prince William insisted Thursday that his family is not racist as he became the first British royal to speak out about accusations of bigotry made by Prince Harry and Meghan, his brother and sister-in-law.

William made the comments in response to questions shouted at him by reporters during a visit to an East London school. While members of the royal family often ignore such queries, William used the opportunity to address the allegations that have rocked the monarchy. “We’re very much not a racist family,” William, stated as his wife, Kate, walked by his side.

The remarks were made while Prince William and Kate were visiting School 21 in east London to mark children’s return to classes, and the rollout to secondary schools of a mental health project for pupils, which Kate launched in primary schools in 2018. The lessons are financed from an initial £800,000 grant from the then Royal Foundation of the Duke and Duchess of Cambridge and Prince Harry.

“We are very much not a racist family,” Prince William told reporters during a visit to a school in Stratford, London.

When asked if he had spoken to Prince Harry after the Oprah interview, he added, “No, I haven’t spoken to him yet, but I will do.”pic.twitter.com/MjTOeH7u6Z

An explosive interview with Harry and Meghan, conducted by Oprah Winfrey, aired Sunday in the U.S. and featured shocking revelations the Duke and Duchess of Sussex made about why they stepped down from their royal roles and fled to America last year.

The pair stated that someone at the palace – but neither the queen nor Prince Philip – raised conversations when Meghan was pregnant about “how dark” her future baby’s “skin might be when born.”

NEW: Just spoken Prince William for pooled footage of a visit to an East London school.

Me: Have you spoken to Harry?
Will: No, but I will do soon

Me: Is the Royal family racist?
Will: No, we are not a racist family

Buckingham Palace is struggling to quiet criticism after Harry and Meghan alleged that the duchess was the victim of racism and callous treatment during her time as a working member of the royal family. The palace tried to respond to the charges, with a 61-word statement that critics called “too little, too late.”

Meghan, who is biracial, said in the interview that she was so isolated and miserable as a working member of the royal family that she had suicidal thoughts. Thirty-six hours after the comments were first aired Sunday, the palace issued a written statement in the name of Queen Elizabeth II, Harry’s grandmother.

“The whole family is saddened to learn the full extent of how challenging the last few years have been for Harry and Meghan,” the palace said. “The issues raised, particularly that of race, are concerning. While some recollections may vary, they are taken very seriously and will be addressed by the family privately.’’

The allegations — and the palace’s response — have touched off conversations around the world about racism, mental health and even the relationship between Britain and its former colonies. The revelations stood in stark contrast to the hopes many had when Harry and Meghan wed that the glamorous former actress would help the monarchy relate to young people in an increasingly multicultural nation.

And William’s brief remarks further disappointed commentators like Nikesh Shukla, author of Brown Baby: A Memoir of Race, Family and Home. Shukla said William’s comments offer “a defensive bulletproof shield rather than a discussion about racism.”

“Having something that you’ve said be pointed out as racist is really uncomfortable, but it’s what you do next that counts,” Shukla told The Associated Press. “And what I’ve seen the royal family has done . . . is instead of interrogate that racism, they’ve said, ‘We are not a racist family,’ which is a very hard thing to move forward from.” 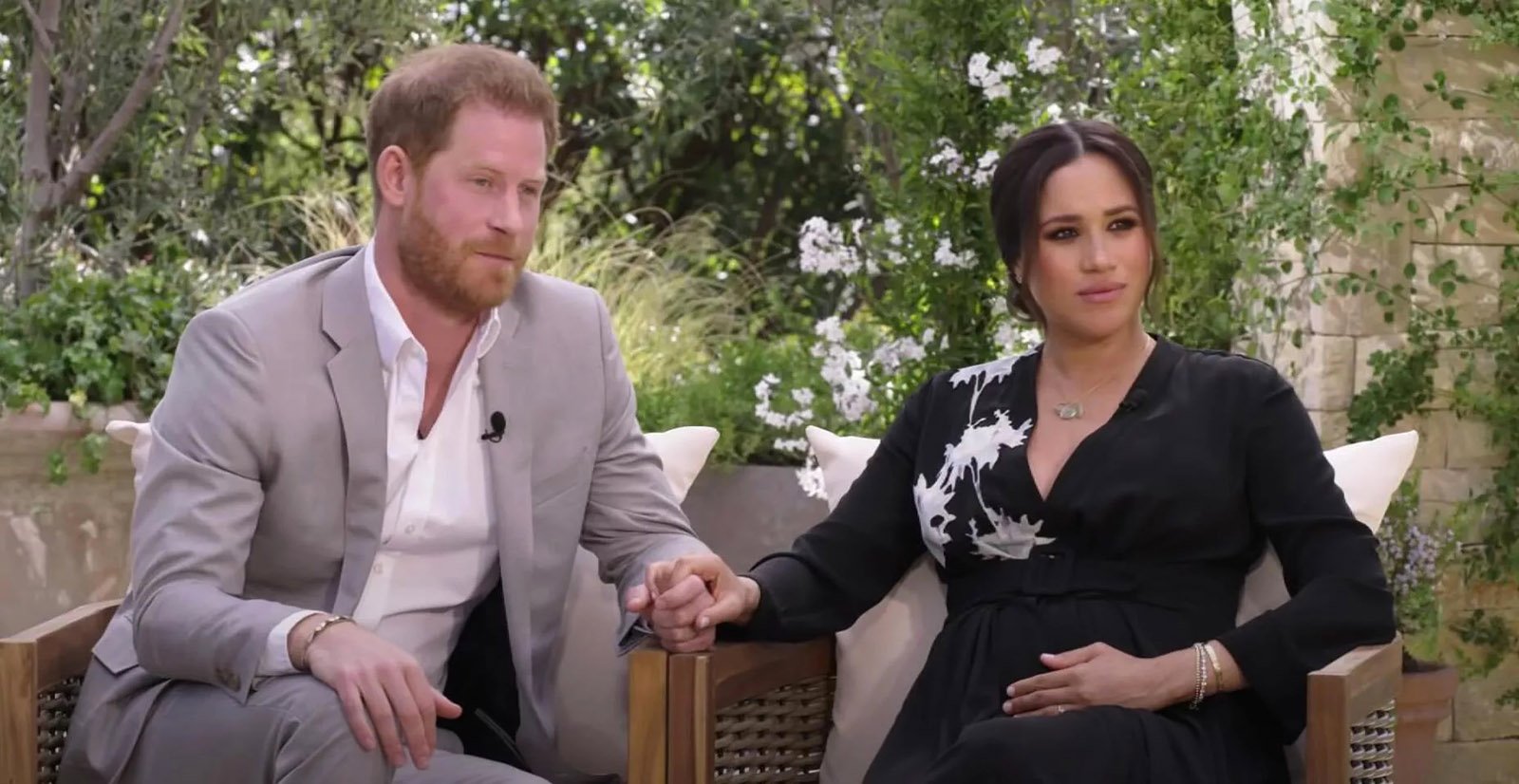 Others criticized the palace for trying to handle the issue privately, saying the monarchy is supported by taxpayer money and such an important issue should be dealt with in public. Britain is a constitutional monarchy, and the royal family is legally barred from trying to influence public policy. But the monarchy continues to be a symbol of national unity, especially under the leadership of the queen, who has reigned since 1952.

The interview also revealed tensions between Harry and William, who had long been seen as close and who supported each other after the death of their mother, Princess Diana. When asked about his relationship with William, Harry said: “Time heals all things, hopefully.”

William admitted Thursday that he hadn’t spoken to his younger brother since the interview, “but I will do.”