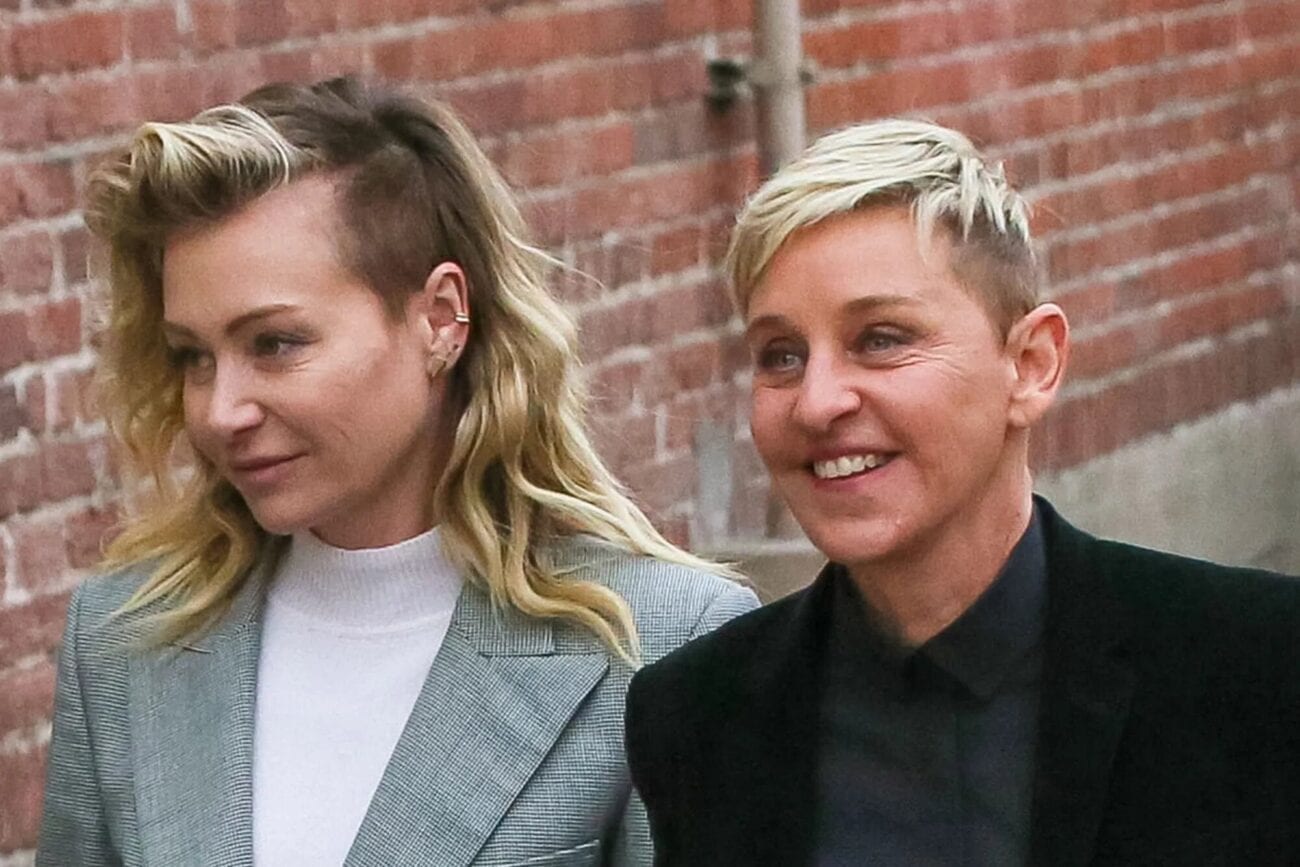 How is Ellen DeGeneres? Here’s what wife, Portia de Rossi, has to say

Ellen DeGeneres’s friendly persona has come under fire due to accusations of diva-like tendencies and the condoning of “toxic” behavior on the set of The Ellen DeGeneres Show. Despite these serious claims, the comedian’s wife Portia de Rossi insists she is keeping a level head. In a video obtained by the New York Post’s Page Six, de Rossi told photographers that DeGeneres is, quite simply, “doing great”.

De Rossi also gave an update on the status of Ellen’s talk show and the buzz surrounding her possible dismissal. When asked if the comic will continue to serve as host, de Rossi replied with an unambiguous “Yes she is.”

This isn’t the first time de Rossi has defended her wife from media scrutiny. On August 3rd, Portia posted a photo on Instagram that read “I stand with Ellen.” She also thanked those who maintained their support for DeGeneres, writing “to all our fans . . . we see you.” 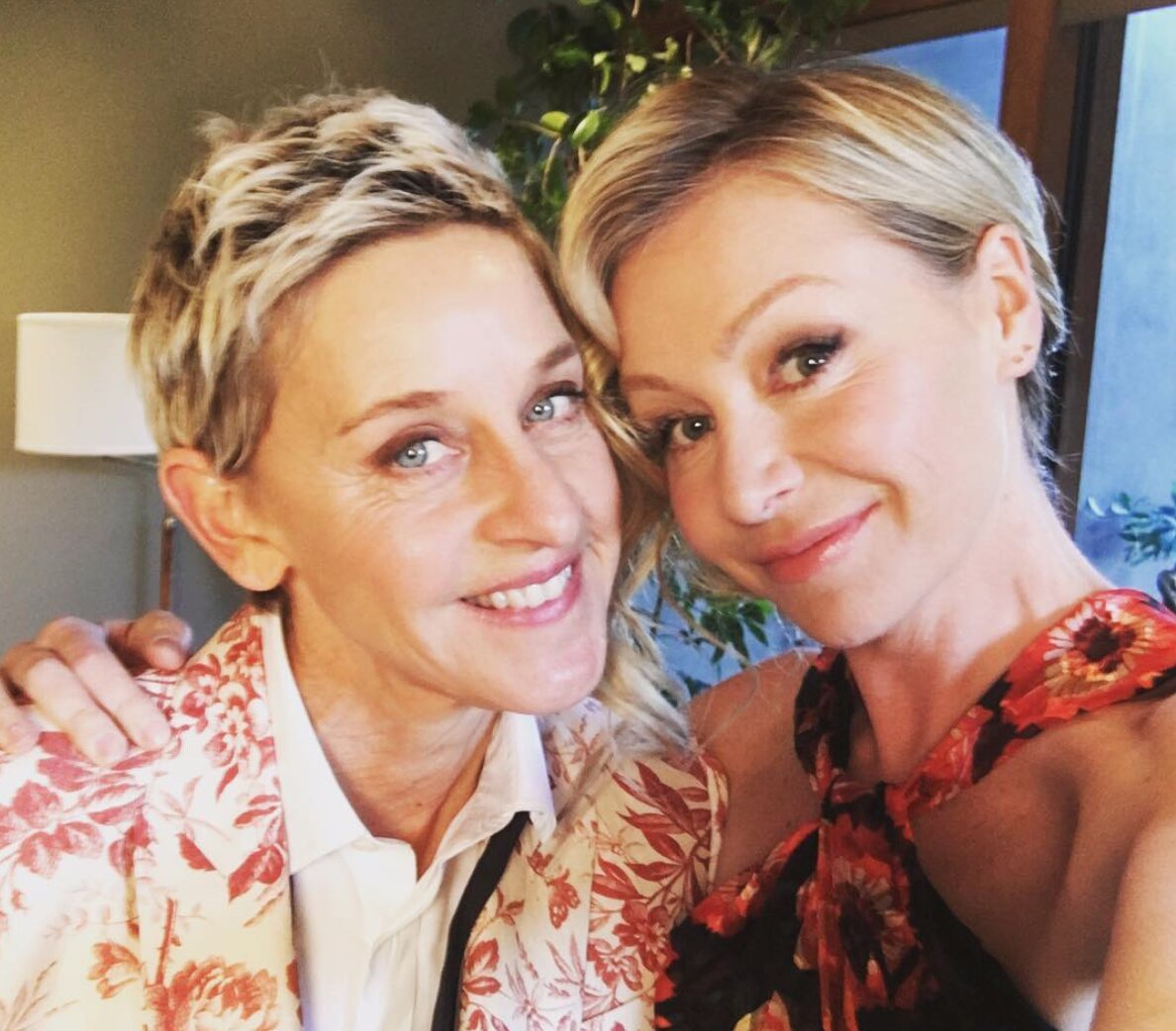 De Rossi’s hopeful comments have served to quell the rumors that she and DeGeneres are headed for divorce. The purported cause of these divorce rumors has ranged from prolonged bickering to the backlash regarding DeGeneres’s toxic behavior, but the Arrested Development star has assured fans they’re happy as ever.

In 2018, de Rossi told Us Weekly she finds divorce rumors to be somewhat flattering, given her and DeGeneres’s status as a lesbian couple.

“The divorce rumors came and then we really knew the perceptions had changed,” she remarked. “I’m not kidding. I know it sounds ridiculous, but when that started happening I thought, ‘Oh, now we’re finally accepted.’ We get the same s**t as every celebrity couple. 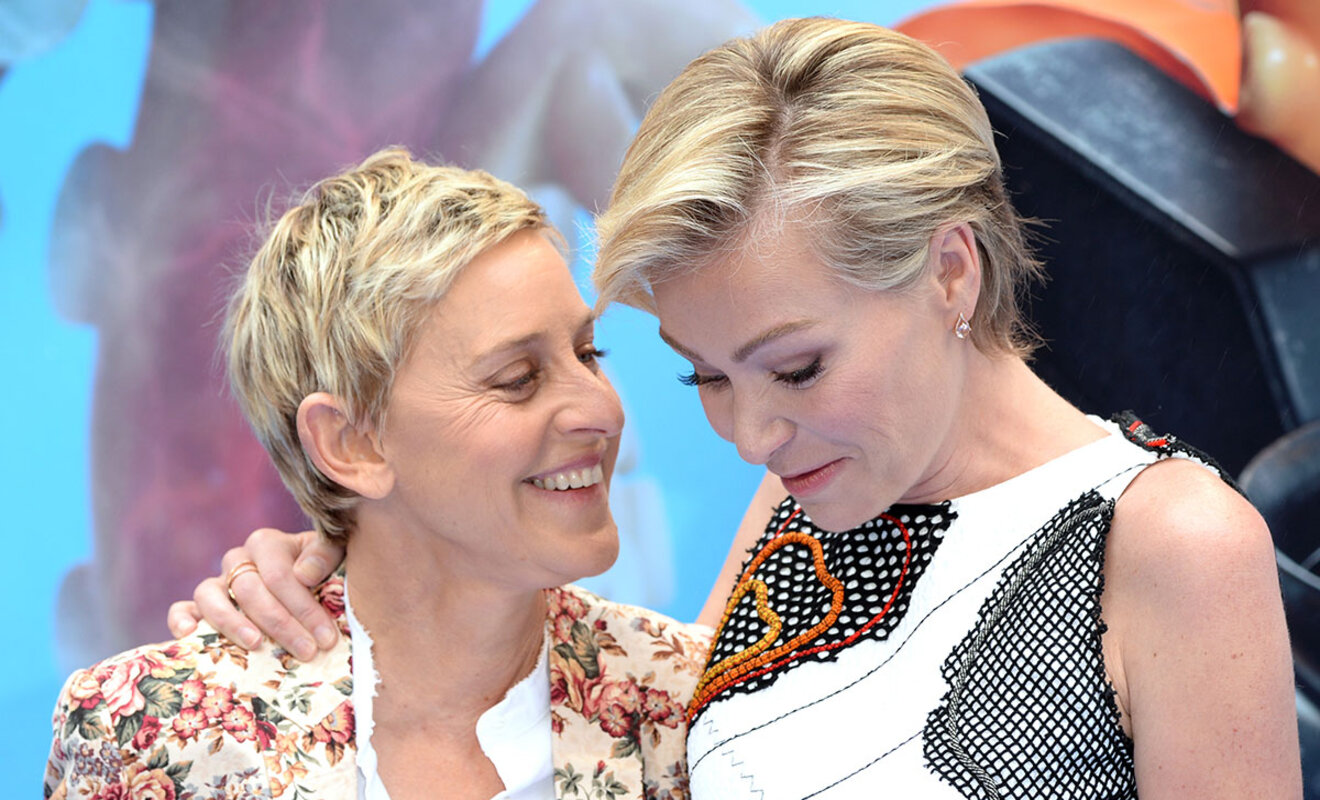 “This is great that I’m pregnant, not pregnant, divorced, not divorced, whatever. That means there is an acceptance for this.”

The couple briefly considered adopting a child, but ultimately decided that parenthood didn’t suit them. Ellen explained the decision in her 2011 memoir Seriously . . . I’m Kidding: “People are constantly asking Portia and me if we are going to have children, we thought about it.

“We love to be around children after they’ve been fed and bathed. But we ultimately decided that we don’t want children of our own. There is far too much glass in our house.” 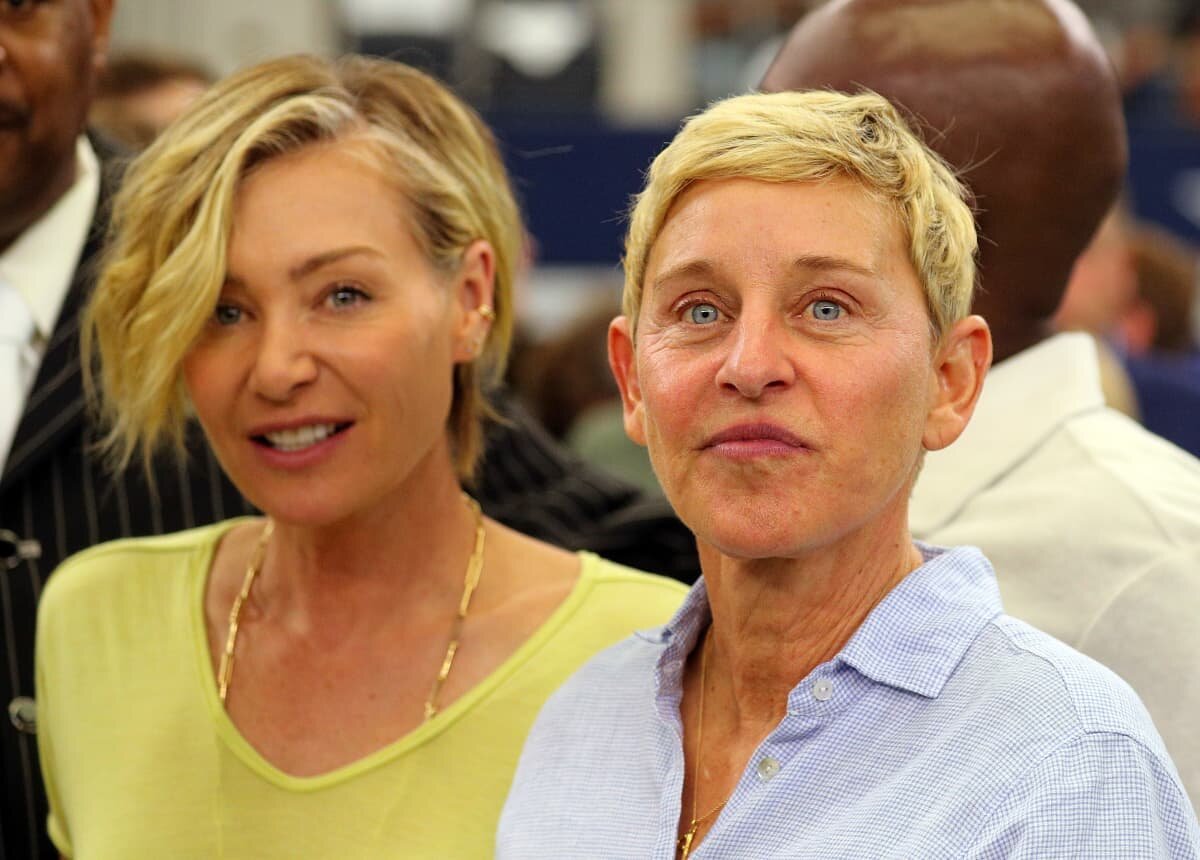 Ellen has gone silent in the wake of the accusations made about The Ellen DeGeneres Show’s work environment, barring a memo obtained by Vanity Fair. In the memo, the comedian acknowledged her mistakes as a showrunner and vowed to create a safer environment for her remaining staff members:

“On day one of our show, I told everyone in our first meeting that The Ellen DeGeneres Show would be a place of happiness. No one would ever raise their voice, and everyone would be treated with respect. Obviously, something changed, and I am disappointed to learn that this has not been the case. And for that, I am sorry.

“Anyone who knows me knows it’s the opposite of what I believe and what I hoped for our show,” the comedian asserted. 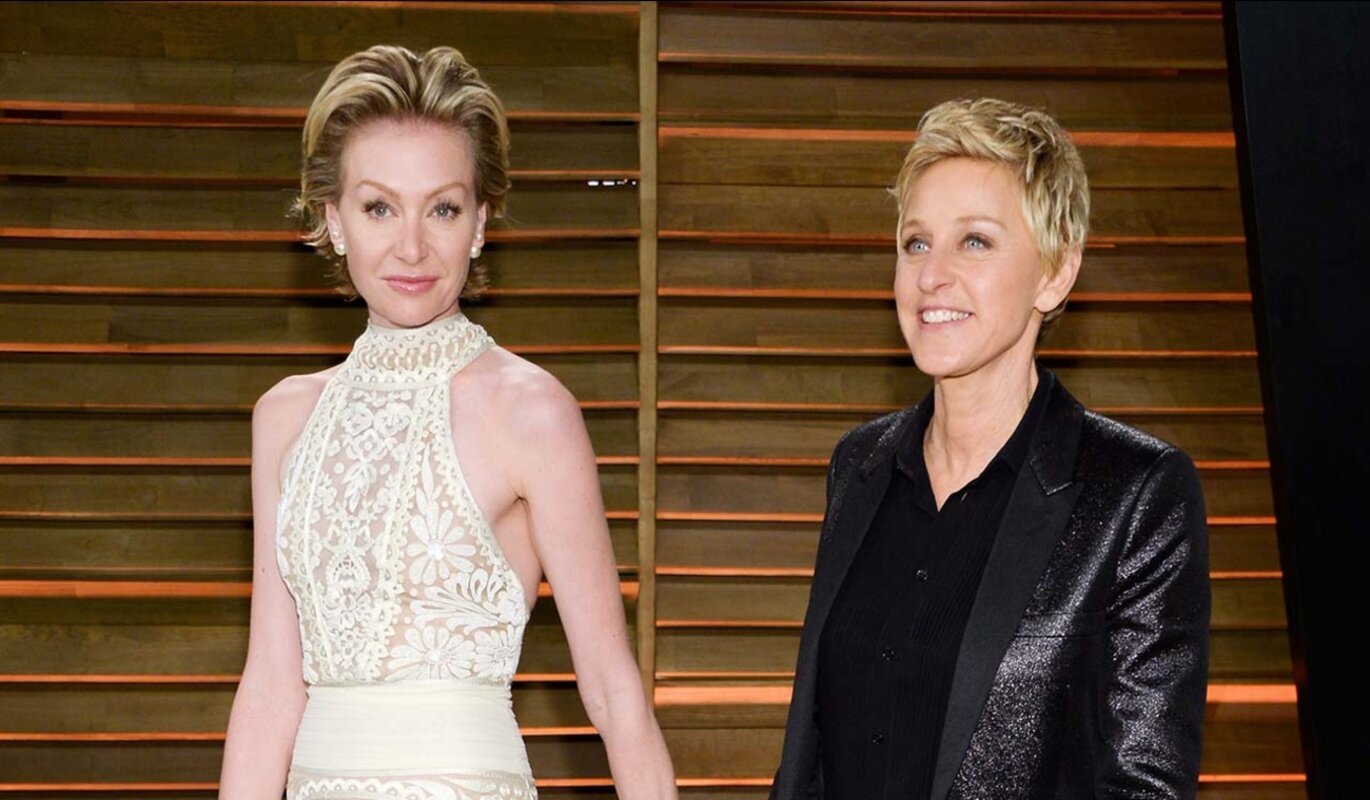 De Rossi isn’t the only celebrity supporting DeGeneres during this controversial time. Katy Perry, Ashton Kutcher, and Scooter Braun have all voiced their support via social media. The latter even referred to the comedian as “a kind, thoughtful, courageous human being who stands for what is right and highlights on her show the best of us.”

Kevin Hart has also stood with DeGeneres, penning a lengthy Instagram post in her defense: “It’s crazy to see my friend go through what she’s going through publicly. I’ve known Ellen for years and I can honestly say that she’s one of the dopest people on the f**king planet.”