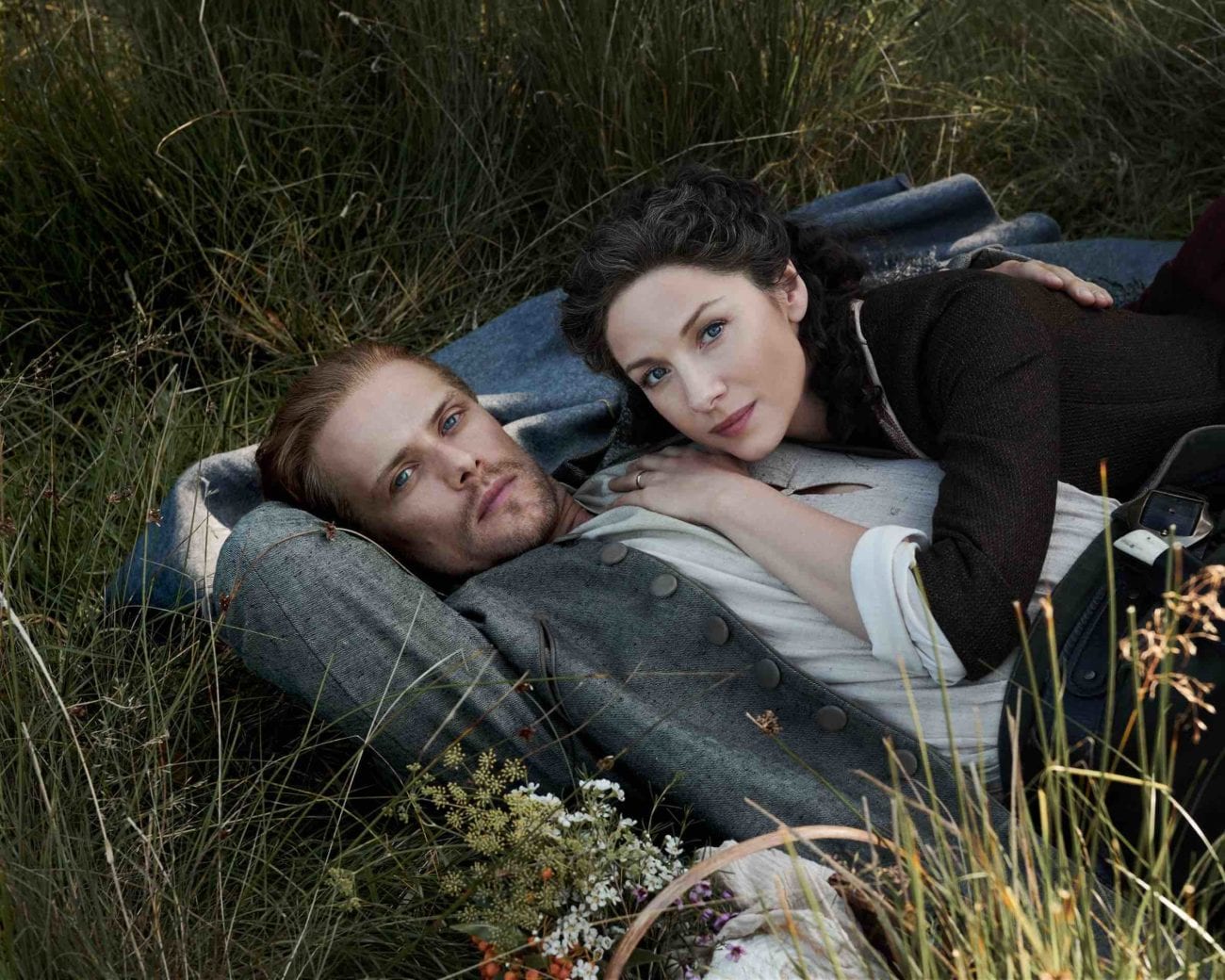 What to expect from the ‘Outlander’ season 5 premiere

Our love affair with Outlander is almost as passionate as Jamie and Claire’s sex life. Almost. The time gap between seasons has been particularly long this time around, with seasons five and six both having been commissioned way back in 2018. But fear not! The wait is almost over.

Outlander season five will return to Starz on Sunday, February 16 in the US.UK viewers will have to have a little more patience, but can stream it on Monday, February 17 on Amazon Prime Video. Here are all the details about the upcoming season.

Where are we so far?

Based on the Diana Gabaldon novels of the same name, Outlander follows Claire Randall, a nurse living during World War II, who travels back in time to Scotland 1743, during the Jacobite risings – and it’s there that she meets and falls in love with highlander, Jamie Fraser.

A whirlwind romance ensues- but it’s not without its hardships. It’s been an eventful four seasons watching the relationship between Claire and Jamie blossom. We can’t wait for what’s in store! 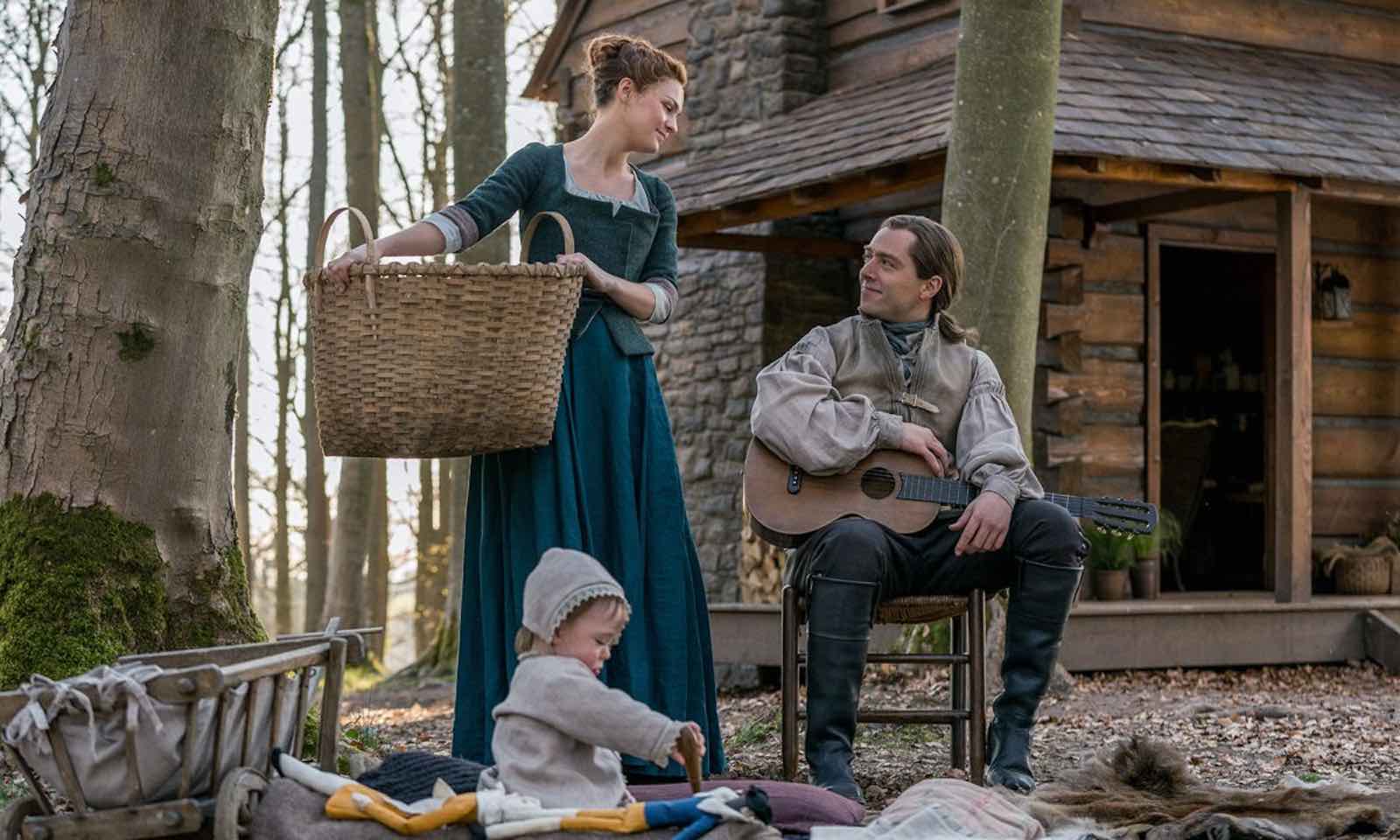 Season 5 is based on The Fiery Cross, penned by Gabaldon. The description reads:

“Set against the War of the Regulation in North Carolina (the first tax-payer’s rebellion in the American colonies, and a precursor to the full-blown Revolution), the story deals with Jamie Fraser’s efforts to protect his family, build a community on Fraser’s Ridge, and keep his land.” 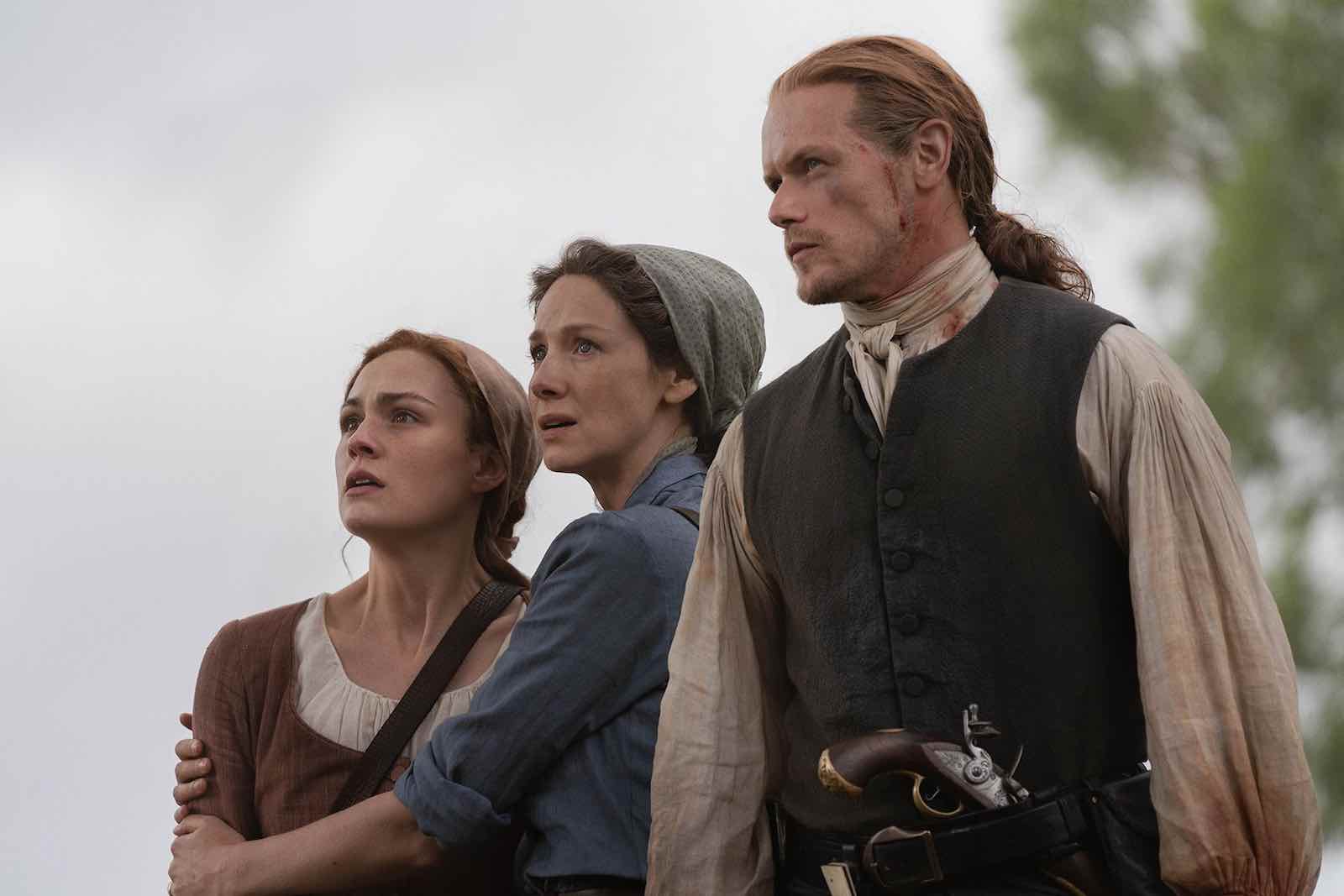 Claire, who is described as being both a help and a hindrance to Jamie, will become the “conjure-woman”/healer for the Ridge, with Jamie building her a two-story house complete with an in-house surgery.

According to the season five synopsis on Starz: “Season five of Outlander finds the Frasers fighting for their family and the home they have forged on Fraser’s Ridge.” It explains that Jamie must find a way to defend all that he has created in America and protect those who look to him for leadership and safety, all while hiding his personal relationship with Murtagh Fitzgibbons, “the man whom Governor William Tryon has ordered him to hunt down and kill.” 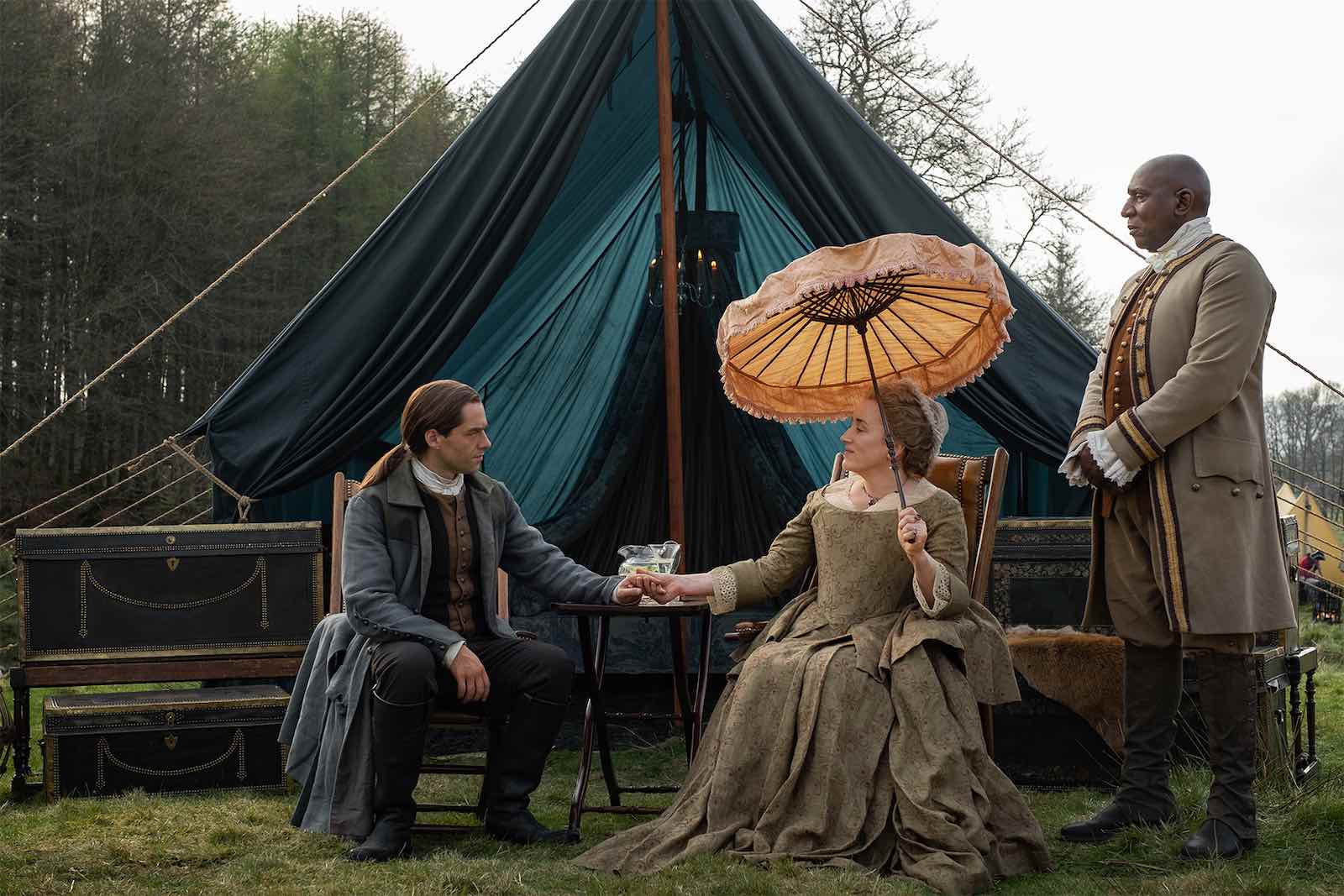 Who is showing up for Outlander season 5?

“Fans can rest assured their beloved Claire and Jamie will be back facing new challenges, adversaries and adventures in seasons five and six as we delve into American history and continue the story of the Frasers as they settle in the New World.”

And during an appearance at the Television Critics Association Press Tour, Albrecht revealed that they had no plans whatsoever to do away with the pair. “Our biggest concern is making sure that we don’t kill Caitriona and Sam along the way,” he said. 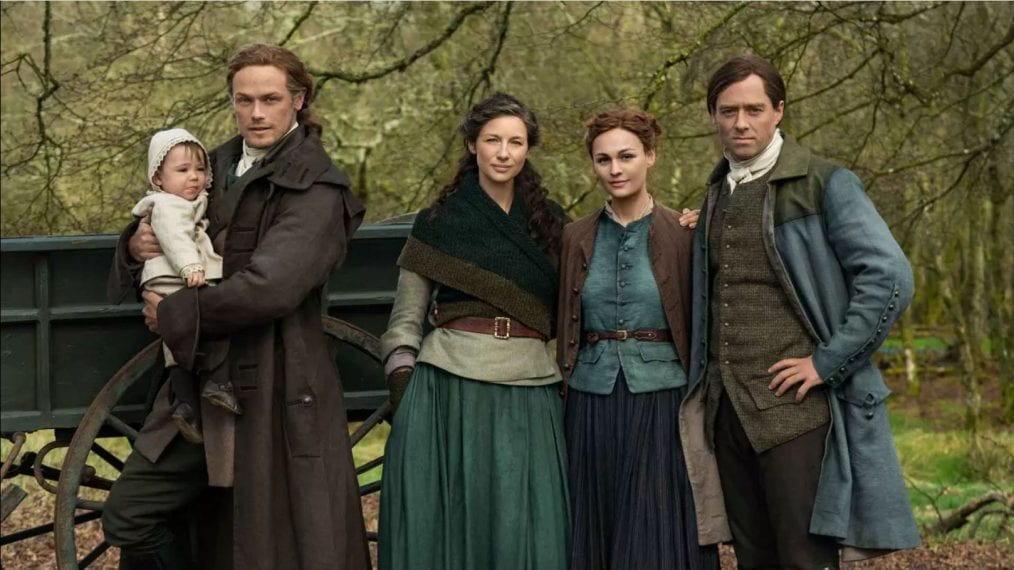 Ed Speleers (Eragon, Downton Abbey), who played rapist Stephen Bonnet, was thrown in jail at the end of season four. So whether or not he’ll be back is still up in the air. Speculation has mounted that Tobias Menzies could return as Frank Randall/Black Jack Randall.

It’s been a long wait, but something tells us it will all be worthwhile.