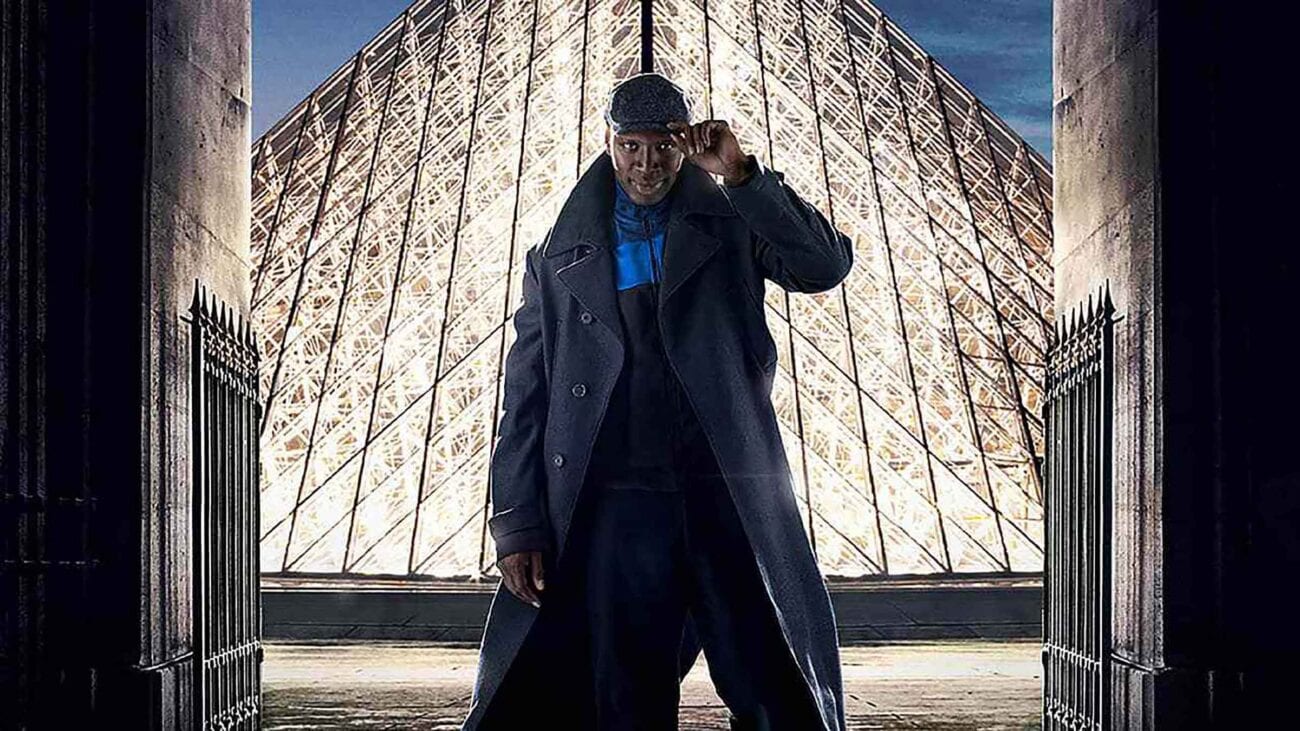 Lupin, created by the British showrunner George Kay, packages over 115 years of inspiration (dating back to the character’s invention in 1905) in a slick, swift escape easily binged in a day. Its star, French actor Omar Sy, dominates the scene, always unreadable yet charismatic. His character, Assane Diop, is a con man with a heart of gold able to turn his outsized presence into an uncatchable master of deception.

The first season of Lupin is five episodes without much press in the U.S. Yet, a week after its release it’s the second most watched program on Netflix – despite subtitles – and the streamer’s first French program to crack the top 10 in the American market. It’s currently Netflix’s most-watched global program and the company has now stated that it’s set to reach 70 million households within the first month. 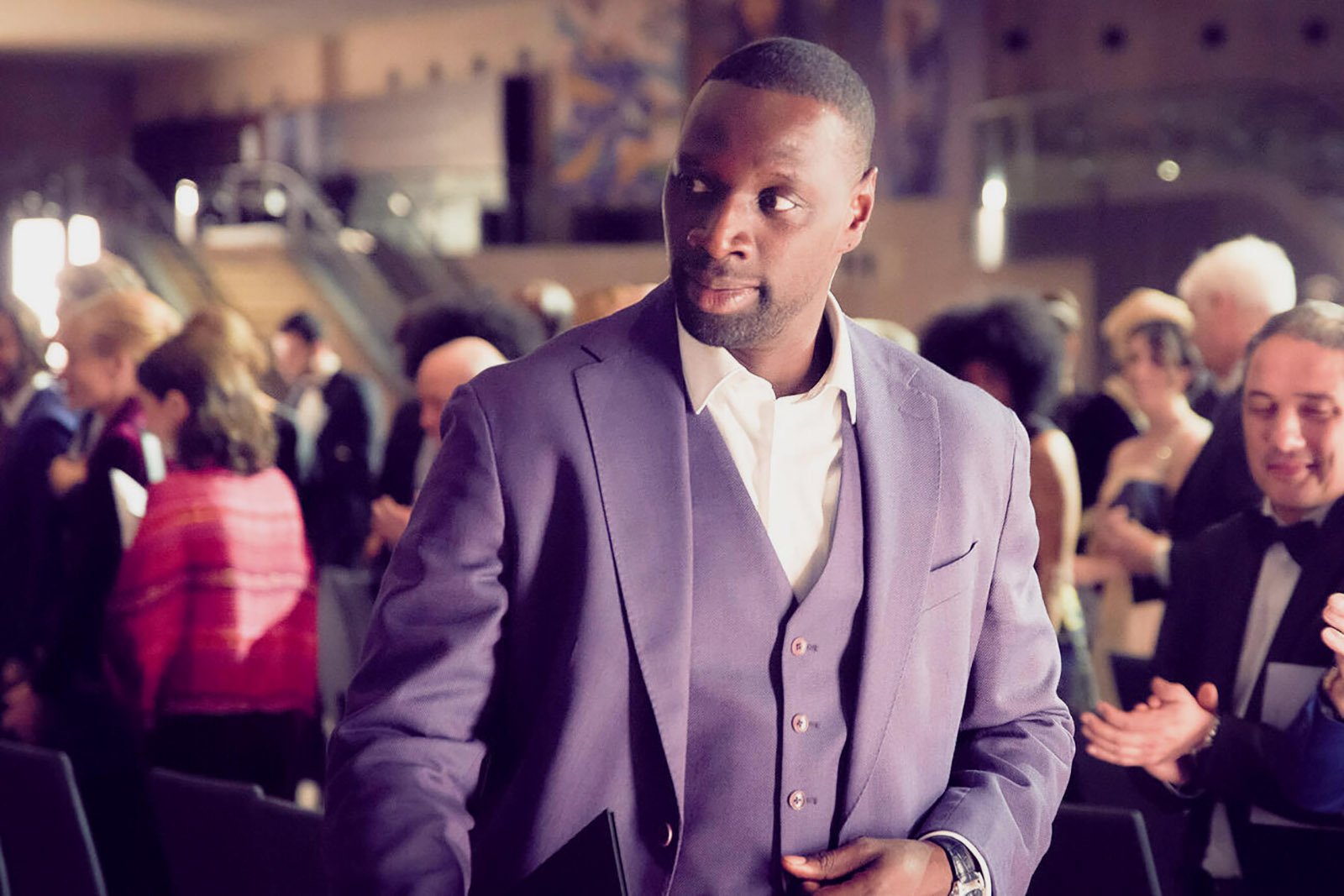 Lupin is kind of irresistible – think Ocean’s Eleven meets National Treasure. Where Nicolas Cage stole the Declaration of Independence, Assane begins the series with a similarly outlandish plan, to steal Marie Antoinette’s necklace, lost for twenty-five years and slated for auction, from the Louvre.

We learn that Assane’s father Babakar — a widower who immigrated to Paris from Senegal with his son — died in prison after he was falsely accused of stealing the necklace from his wealthy & powerful employer.

But, as it’s quickly revealed, Assane is far more cunning than anyone around him expects. He’s a devout fan of Arsène Lupin – the quintessential French gentleman thief replete with monocle and top hat – who has fingered through a copy of Lupin’s debonair escapades so many times the pages are worn. 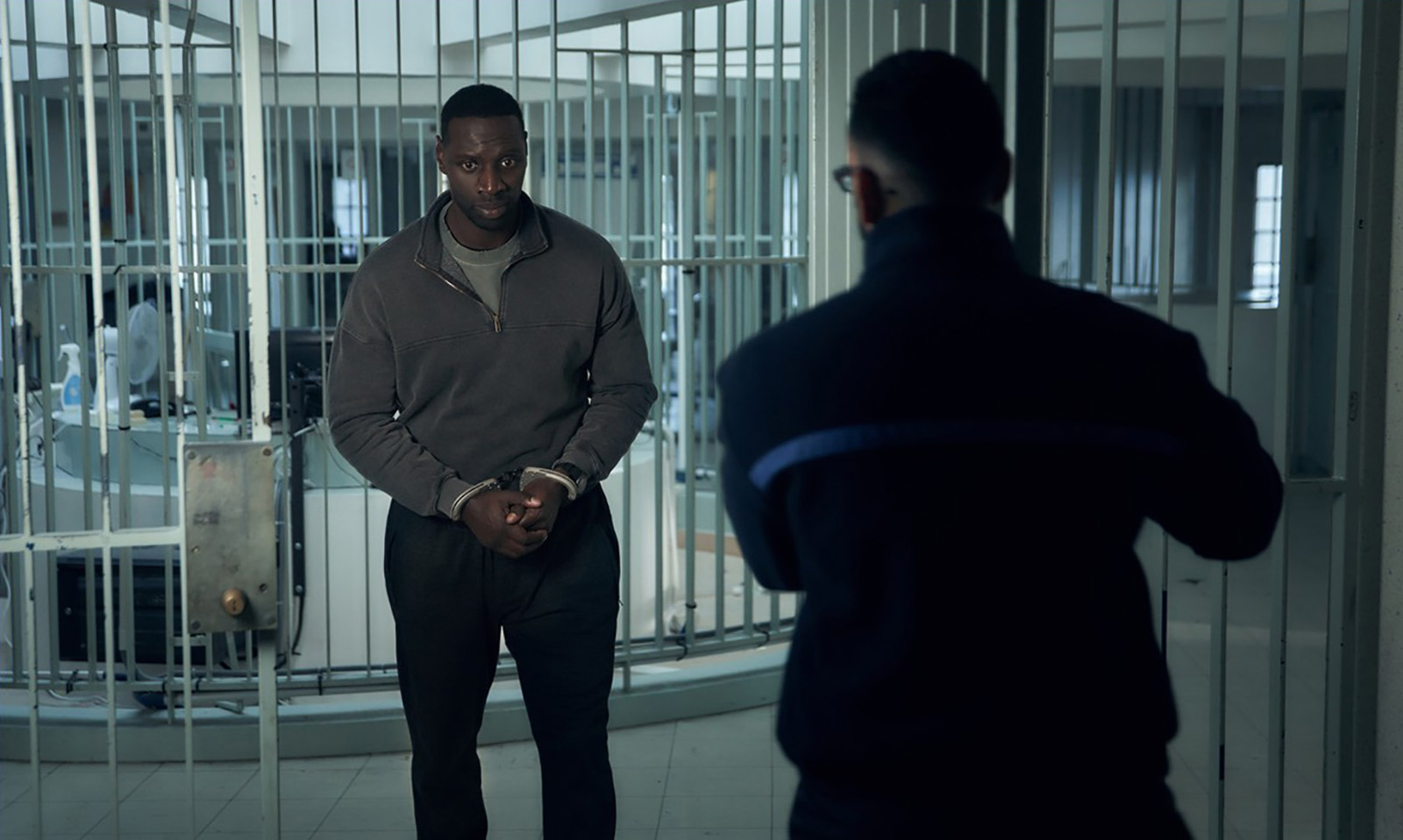 What makes the show truly compelling is its subtle commentary on race & xenophobia. We see it from the show’s opening scene, which shows Assane reporting to the Louvre for work as a janitor, alongside a group of largely Black & Brown contractors. It’s a striking image that becomes central to his planned caper; Assane tells his accomplices that his employers see him “but they don’t really look” at him.

Racism similarly permeates scenes from Assane’s childhood. When Assane first meets Madame Pellegrini, whose husband employs Babakar as a driver, she initially doesn’t recognize him, locking the door as Babakar & Assane approach her car. Her teenage daughter objectifies Assane upon meeting him, asking if it’s “true what they say about Blacks.”

After Babakar’s death, the orphaned Assane attends an exclusive private school (surreptitiously paid for by Madame Pellegrini) where his classmates taunt him, calling his skin “a costume” and joking that they didn’t know the school admitted “janitors”. 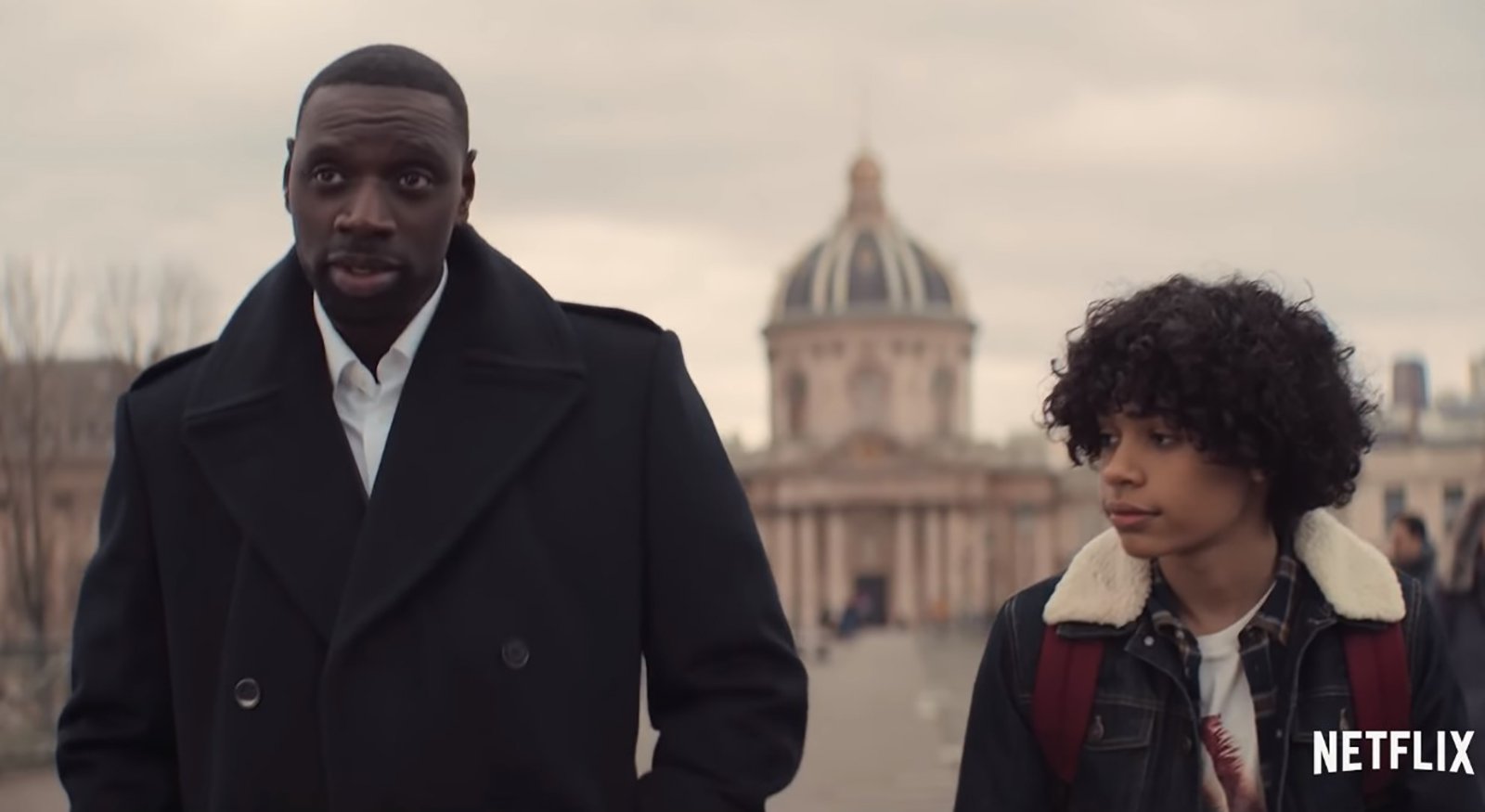 With Lupin as his muse, Assane maintains a moral code even as he cons his way across Paris. An early crime, shown in flashback, appears to contradict that code. Posing as an undercover detective, he persuades an elderly woman to give him her most precious valuables to thwart a supposed burglar. It seems a crime unbefitting a gentleman thief until we get the backstory of the treasures, which include a rare Fabergé egg.

The woman tells Assane that her husband “assisted with the extraction of diamonds in the Belgian Congo”. “The good old days,” Assane says with a knowing smile. Ignoring the brutal repercussions of Africa’s diamond trade, the woman notes that “the locals were sitting on a fortune and they didn’t even realize it”. She tells Assane that she and her husband “just helped ourselves”. 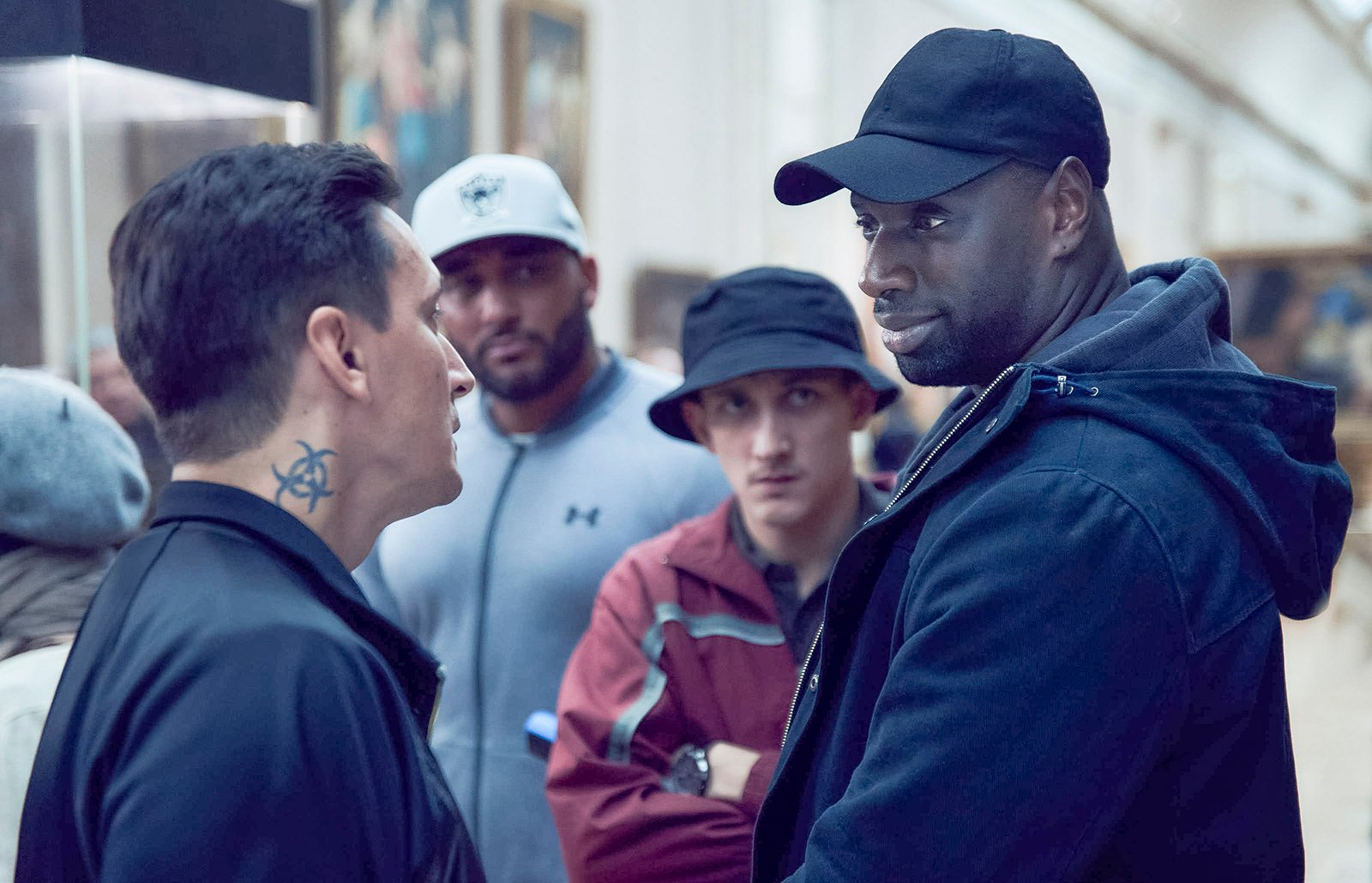 Assane is decidedly minimalist in his plans, as he harnesses the potential of the street – masquerading as a food delivery biker, for example, or infiltrating small-scale drug rings – and eludes authorities through a series of distractions and faultless charm. He handles the fault lines of race in French society with the same dexterity, able to wield his presence as a 6’2” black man as either lure or cloak.

Each episode ends with the reveal in which Assane shows his hand to refocus the episode’s events as a flood of calm, expert planning and total control. Lupin’s “greatest talent, without a doubt, was to always be one step ahead”, Assane narrates over the first reveal, quoting the century-old source material over a collage of his deception – the allure of an all-knowing, sublime, mutable thief transcending both time & language.

Netflix’s Lupin won’t win any awards for its production or writing, but that’s not the point; the hook is in the Hollywood slickness of Assane’s scheming and the illusion of dauntless competency under pressure. It’s a refreshing twist on an old-fashioned character within a longstanding genre, one that takes little to surrender to.