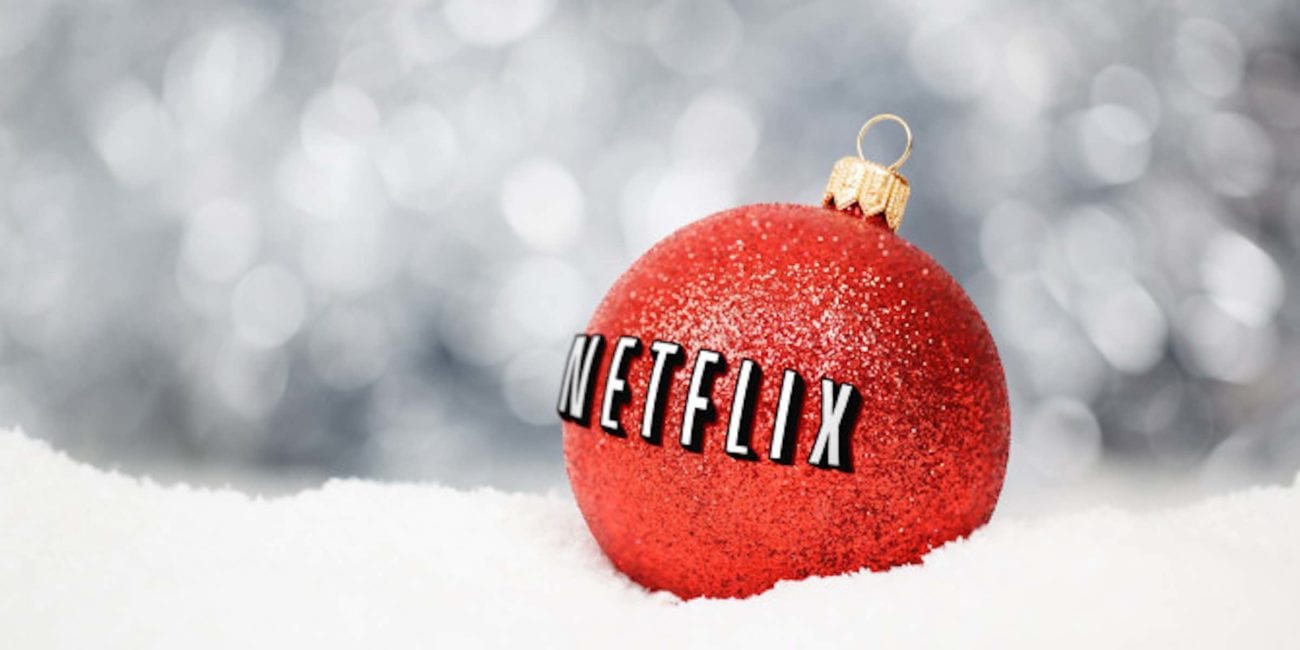 Ah, that most wonderful time of the year: you know, with the kids jingle-belling and everyone telling you to be of good cheer. As soon as it strikes midnight on Nov. 1, we all get hit by a deluge of carols, candy canes, and Chris Cringles.

Most importantly, we get the endless barrage of Christmas movies, and 25 days of Christmas end up being more like 50 days of Christmas. While the Hallmark Channel pumps out Xmas-themed movies like it’s some kind of factory assembly line, Netflix has also joined in on the fun for the holidays.

For the most part, yuletide flicks are a little cheesy, (unintentionally) hilarious, and a bit weird, but that’s what we expect for these kinds of made-for-TV (made-for-streaming?) Christmas movies. Netflix’s brand of Christmastime cheer can be pretty fun, so here’s what the service is offering (and will offer) you this holiday season. 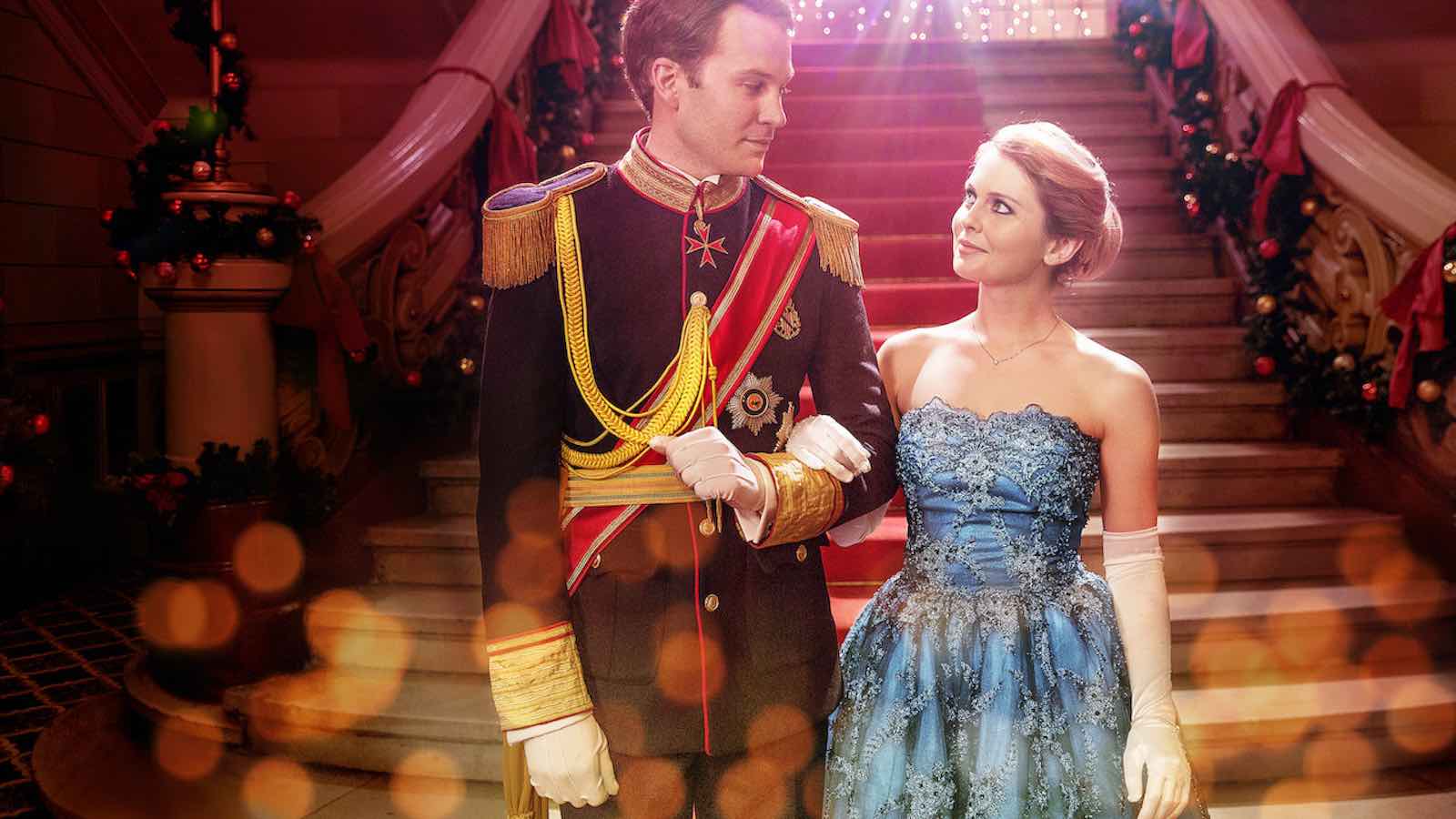 This is probably the OG ridiculous Netflix Christmas movie. Twitter exploded into a mix of snarky commentary over this, and with good reason. A reporter for a TMZ-ish company, Amber Moore (Rose McIver), heads to the country of “Aldovia” in order to get a story about Crown Prince Richard (Ben Lamb). Rumor is Richard plans to abdicate his throne, which he is set to take following the death of his father.

When Amber is mistaken as the new tutor for Prince Richard’s princess sister Emily (Honor Kneafsey), she uses the opportunity to learn more about the rumored playboy prince. In the grand tradition of movies involving Christmastime and princes of made-up vaguely European countries, they fall in lurve.

A Christmas Prince is certainly a little melodramatic, but full of sentimental romance and hilarious logical inconsistencies. The flick proved popular enough to land two sequels! That’s right, this is a trilogy of amazing, made-up vaguely European cheese. 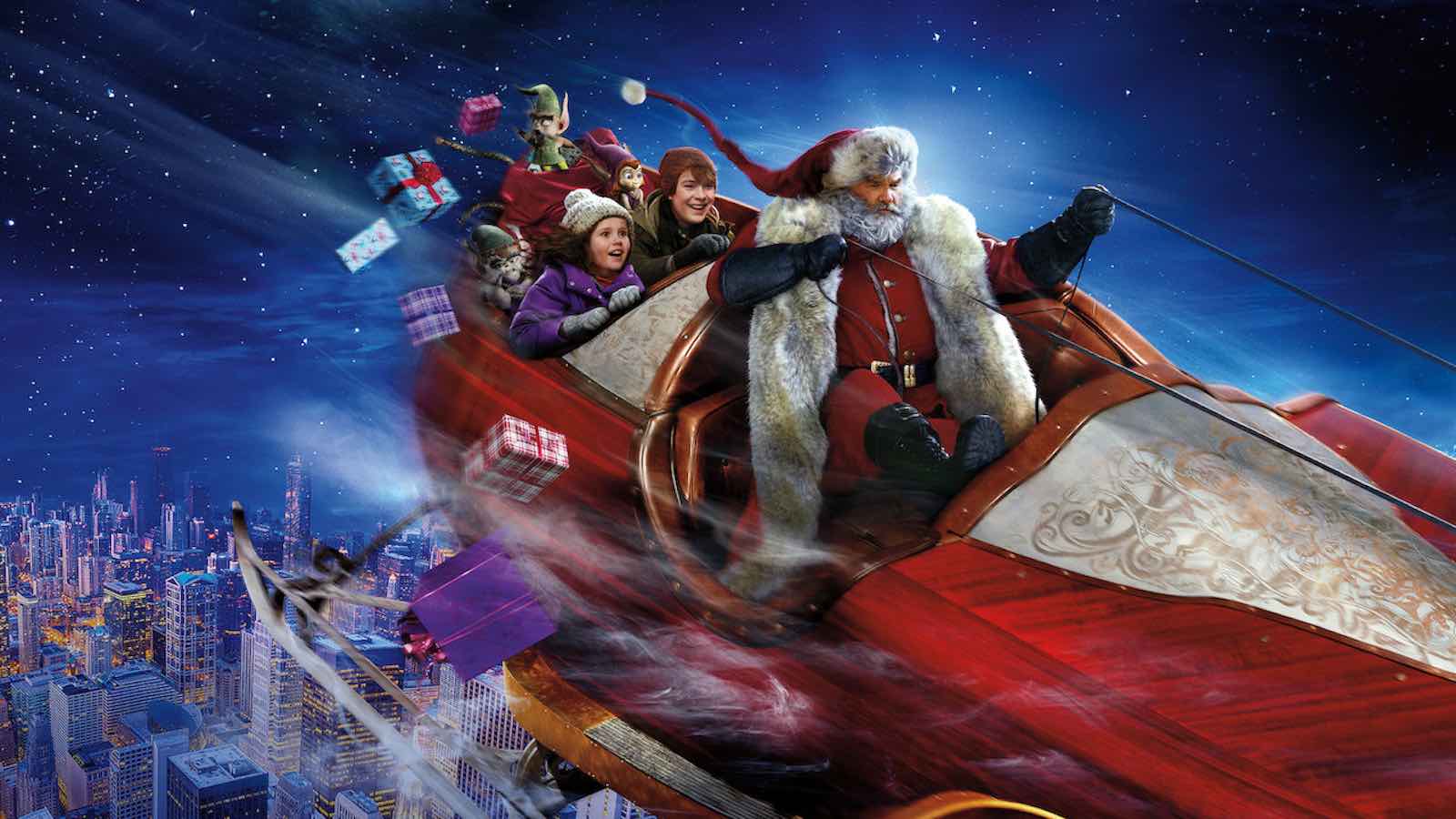 Do you like oddly dark & campy Christmas films? Does the idea of Kurt Russell as Santa Claus make you laugh at the sheer awesome ridiculousness? The Christmas Chronicles might be the film for you to check out this holiday season. Bafflingly, it begins with the death of a parent (father this time, instead of mother) and children committing felonies in response to grief.

The film has Santa dodging the police, playing a sax, putting children in an increasing amount of danger, and, worst of all, saying “fake news” unironically. There are also elves flossing, which is something that has existed in the world since 2018. It honestly must be seen to be believed at this point. 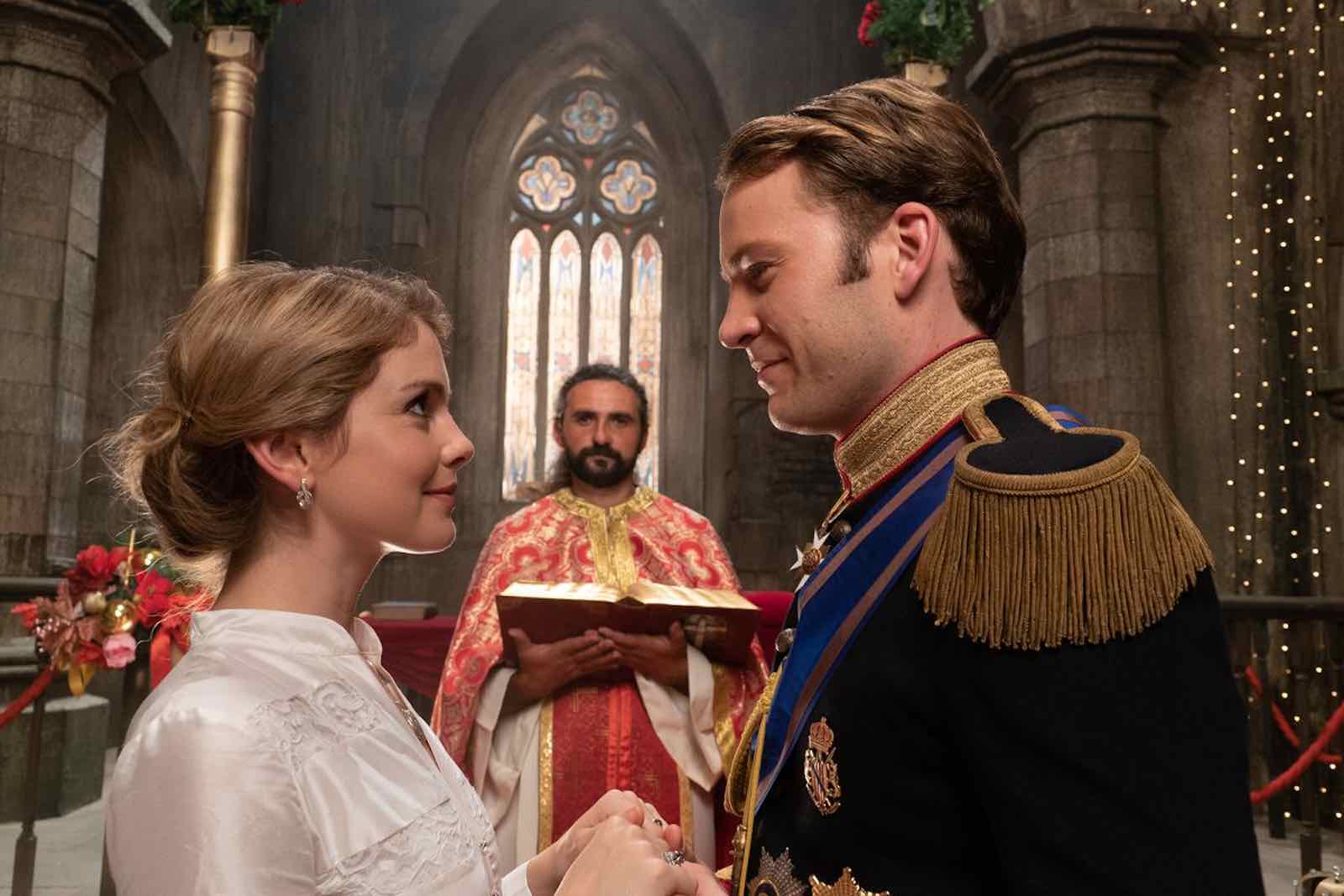 A Christmas Prince: The Royal Wedding

In the much-vaunted second film in the Christmas Prince universe of films, we return to the country of Aldovia for Richard and Amber’s wedding. Poor Amber doesn’t seem to have realized that royal weddings have a lot of protocols attached to them. (Apparently she’s been skipping Xmas movies for the past 35 years.)

While Amber struggles to learn how to be a proper queen, Richard struggles to understand why his Aldovian economic reform is failing to work. Nothing says romance like a B-plot about taking down an evil corporate regime trying to put local workers out of business.

Amber & Richard must learn how to compromise past traditions with modern values while discovering who’s profiting off the forced poverty of the Aldovian people. McIver and Lamb are the real bright spots as Amber and Richard in this campy franchise. 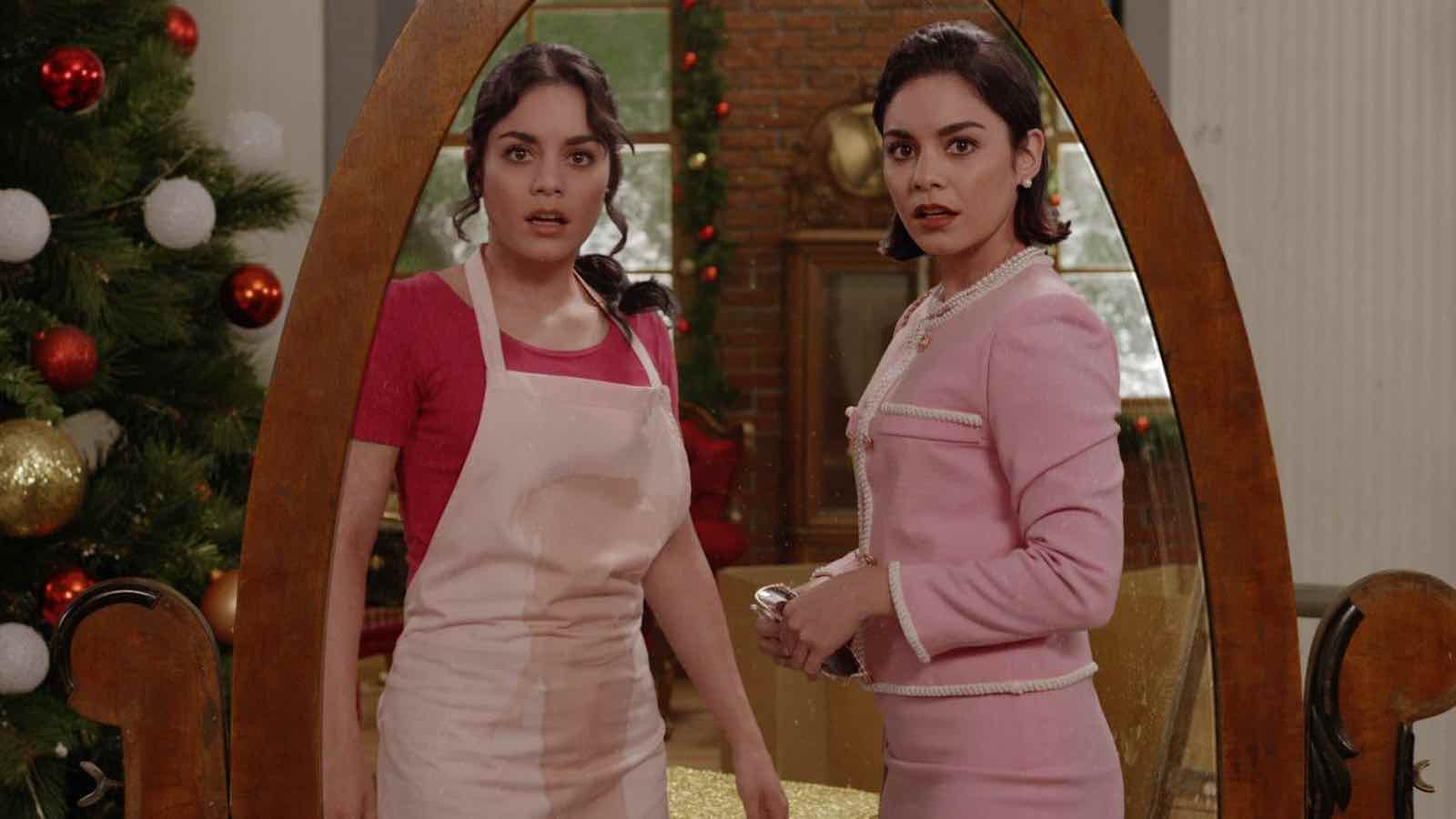 Vanessa Hudgens will always bring her A-game to a role. Nothing quite proves it like The Princess Switch, which is essentially an adaptation of The Prince and the Pauper. Hudgens plays Margaret, duchess of a made-up European country whose local language, conveniently, is English. She also plays Stacy, an ordinary baker from Chicago who is a dead ringer for the princess.

The two of them decide to swap lives in order to see how the other half lives, like one does after meeting his or her double. Interestingly, it turns out you can learn another person’s quirks and behavior perfectly in like 20 minutes if they look just like you.

During the switch, Margaret falls for Stacy’s best friend Kevin (Nick Sagar) and Stacy falls for Margaret’s fiancee Prince Edward (Sam Palladio). While this is all going on, Stacy and Kevin are preparing for an elite baking competition that would bring major prestige to their small bakery. Hudgens does really well in the film, giving both of her parts their own unique personality. 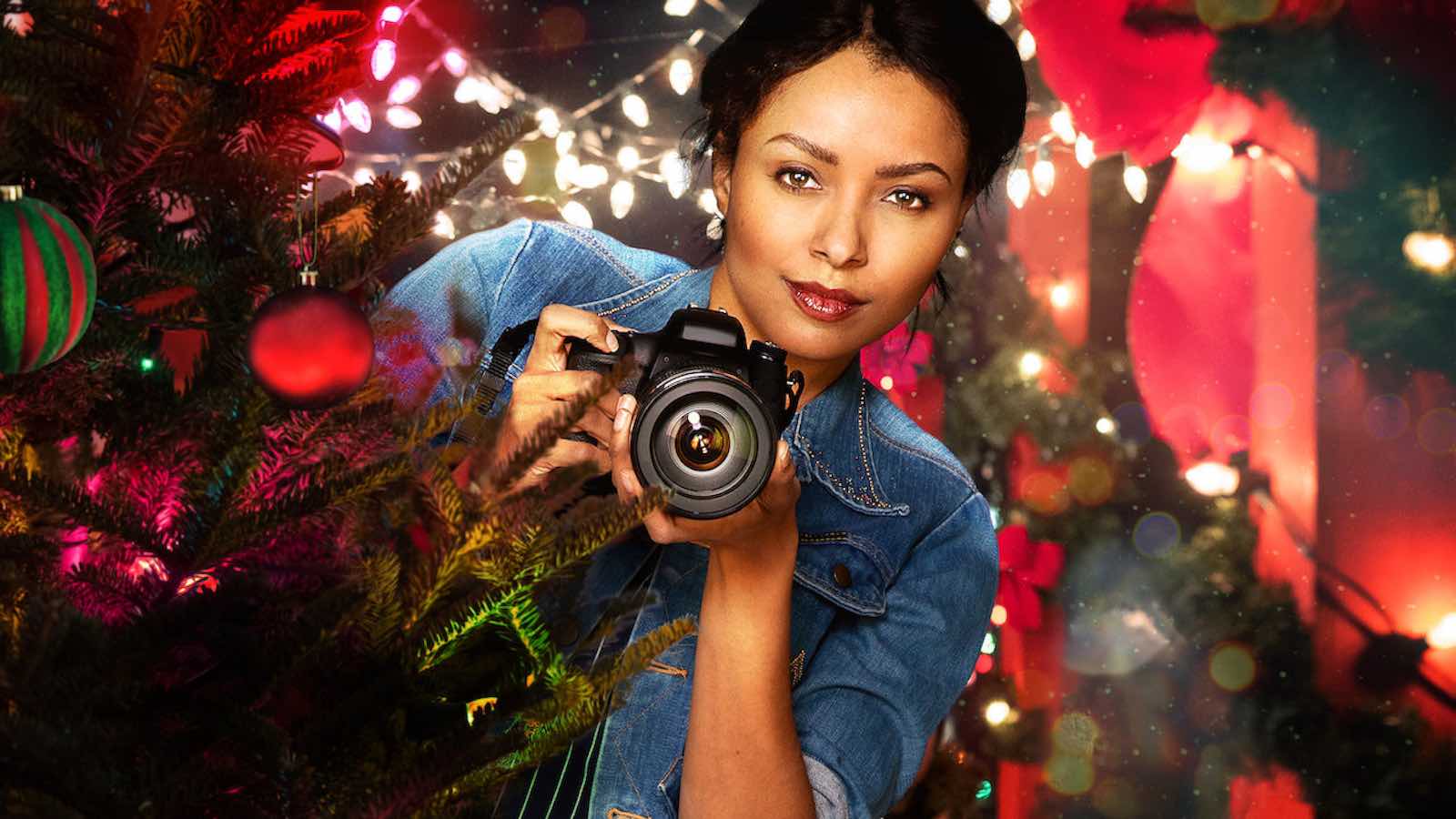 Nothing quite says Christmas movie like a magical decoration that makes people fall in love. Struggling photographer Abby Sutton (Kat Graham) receives a magic Advent calendar from her grandfather. (Advent calendars are basically cardboard countdowns to Christmas with a little prizes, like chocolate or bath products, hiding behind tiny paper doors.)

Abby acquires the real-life version of the trinkets inside the Advent calender in ways that make you question if it’s really magic or not. While Abby dates new guy Ty (Ethan Peck), her best friend Josh (Quincy Brown) struggles with his feelings for her. You can probably piece together the ending as these movies are fairly predictable from here.

Empty-nester Kate (Kristin Davis) deals with her son moving out of the house by planning a second honeymoon for her and her husband. Hubs, of course, announces his plans to leave her when she tells him of the trip. (That’s just cold, man.) Not wanting to waste her safari in Africa, Kate heads there herself, where she meets her pilot. Of course he’s gorgeous – it’s Rob Lowe!

Things take a detour when they find an orphaned baby elephant with whom Kate bonds and takes to a sanctuary. While there, Kate will apparently rediscover her own power and fall in love along the way.

Netflix’s first holiday YA offering is an adaptation of the book written by superstar authors John Green, Maureen Johnson, and Lauren Myracle. Let it Snow takes place on Christmas Eve in a small midwestern town where a major snowstorm has hit.

Snowed-in confessions of love, moments of jealousy, and someone getting a milkshake dumped over their head are just the tip of the snowman. As the tagline of the film promises, “Nothing will be the same come Christmas Day.”

Let it Snow boasts an impressive cast of young talent that includes Kiernan Shipka (The Chilling Adventures of Spider-Man), Shameik Moore (Spider-Man: Into the Spider-Verse), Jacob Batalon (Spider-Man: Far from Home), Isabela Moner (Dora and the Lost City of Gold), and more.

Every year at Christmas, a new origin story for Santa Claus appears. It’s practically a Christmas film tradition in and of itself. This year Netflix offers Klaus, which boasts a surprisingly beautiful animation and Santa’s secret partner: a mailman. Jesper (Jason Schwartzman) is the worst graduate of the Postal Academy who teams up with the mysterious toymaker Klaus (J.K. Simmons) to help deliver his toys.

While Klaus gets all the praise, Jesper finds himself feeling left out. In fact, the kids of Smeesburg, grumpiest town in the world, make fun of the poor guy. The adults, however, do not want Klaus to spread the joy to their children. Why? Because they know no joy, probably. 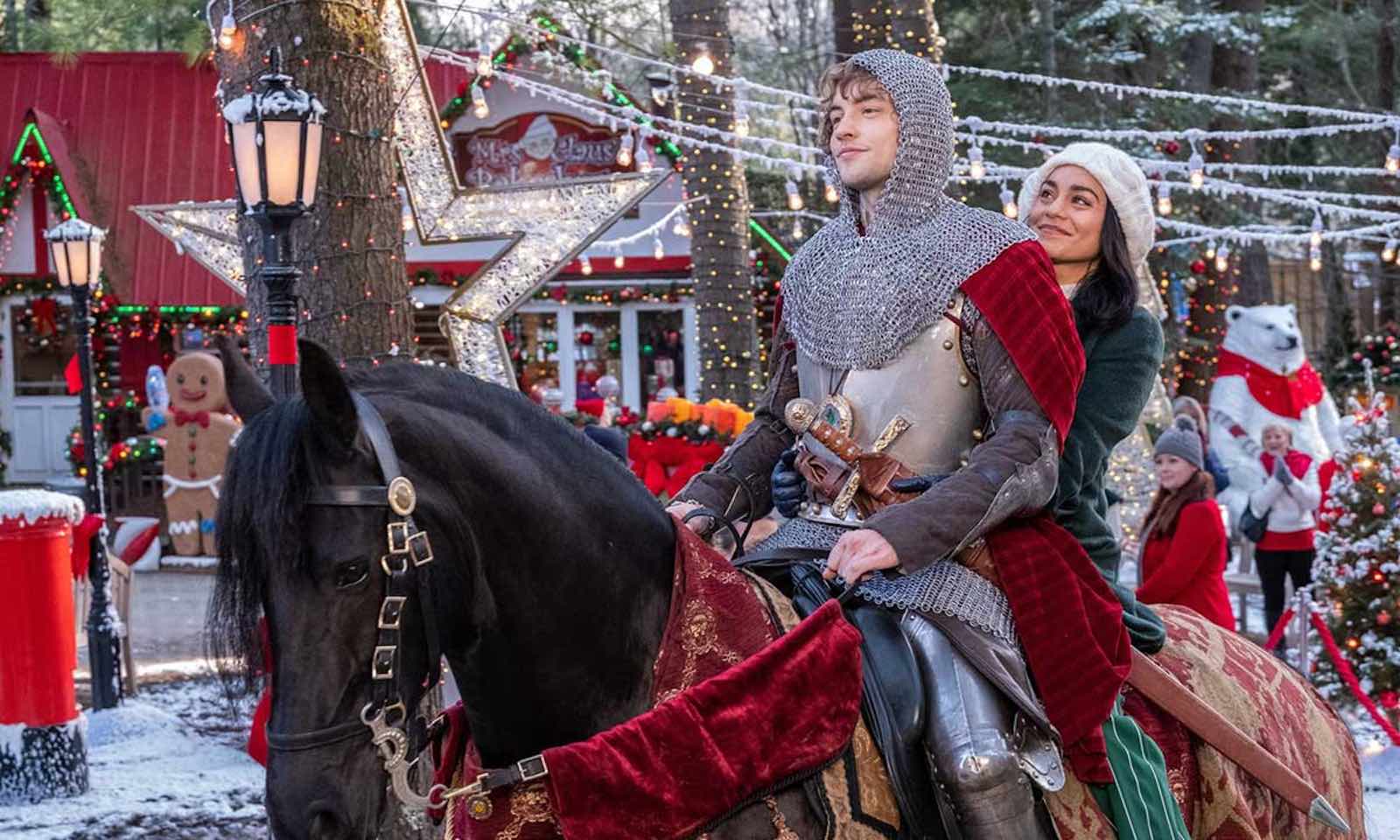 If you were a kid who loved time travel stories, this is the film for you. Vanessa Hudgens (apparently Netflix’s go-to Christmas actor – who can blame them?!) plays science teacher Brooke, who meets Sir Cole (Josh Whitehouse).

Sir Cole is a medieval knight sent to the future by a sorceress’s spell, and the only way for him to return to his time is by completing his quest. Given the astonishingly meager array of time travel Christmas romances, The Knight Before Christmas (get it?!) is a welcome entry into a vast, untapped well. 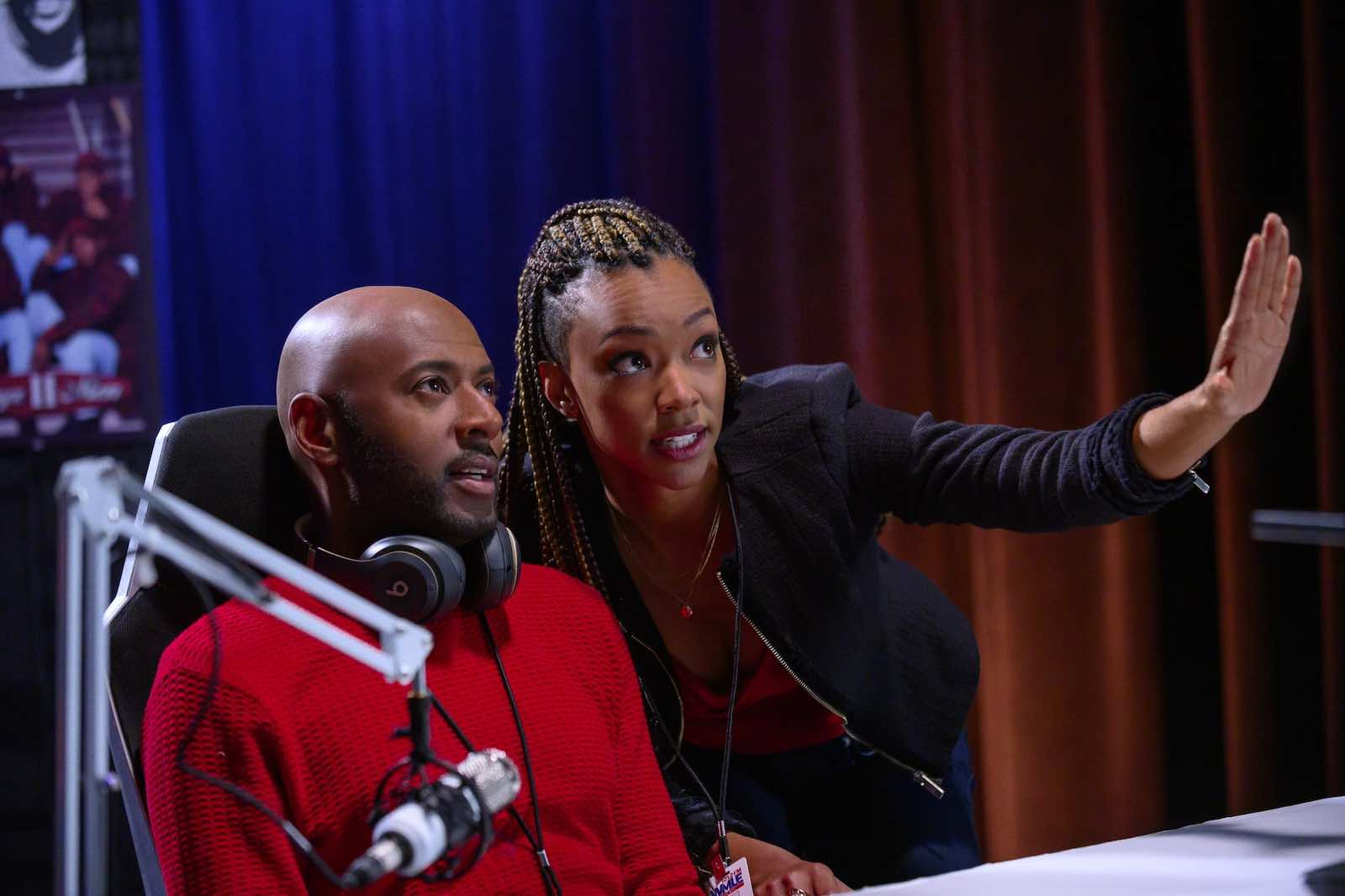 While Christmas has become an increasingly materialistic holiday, stories about the true meaning of Christmas remain popular. In Netflix’s Holiday Rush, a radio DJ loses his job just as his kids are hoping to acquire everything on their Christmas lists.

In order for him to secure a new job, he and his family must prove they can live a simple life. Along the way, they will learn the true meaning of Christmas (presumably). 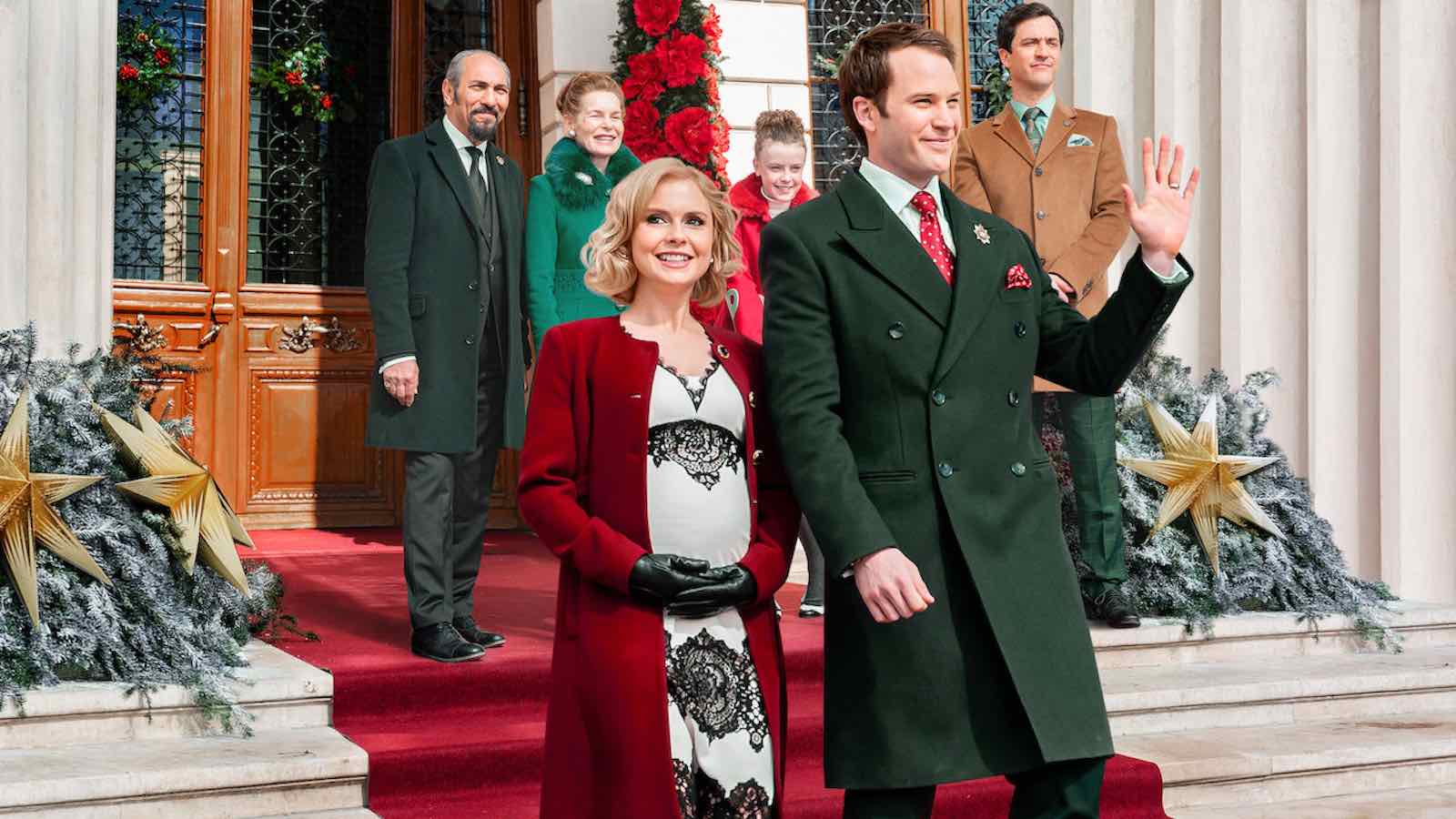 A Christmas Prince: The Royal Baby

The ridiculousness of A Christmas Prince continues with the third movie of the franchise. This time Amber & Richard will face the new chapter of their lives: parenthood. While they’re dealing with the impending arrival of their little prince or princess, they host visiting royals from another kingdom in order to renew a treaty. When the treaty document goes missing, it could put a curse on the royal family.

How does a treaty tie in with a curse and pregnancy? We have no idea. But the macguffin definitely doubles down on A Christmas Prince’s deeply fairytale tropes. 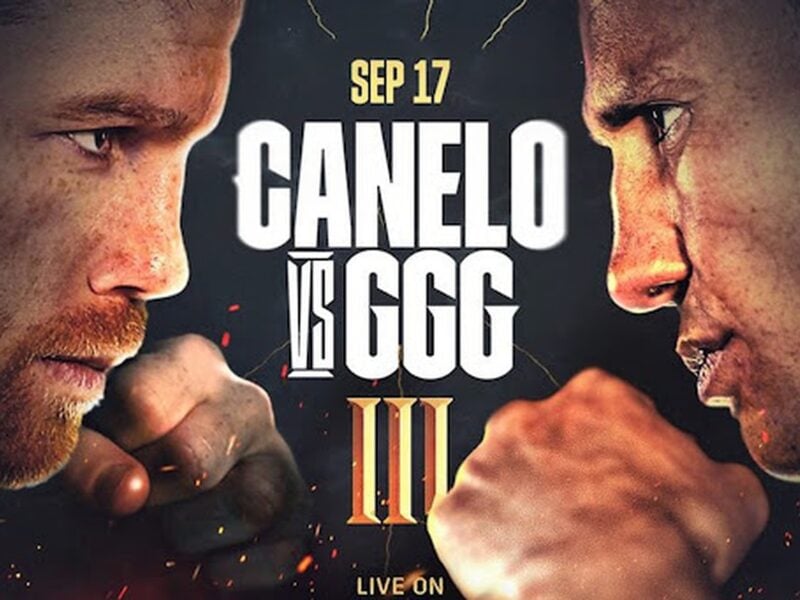 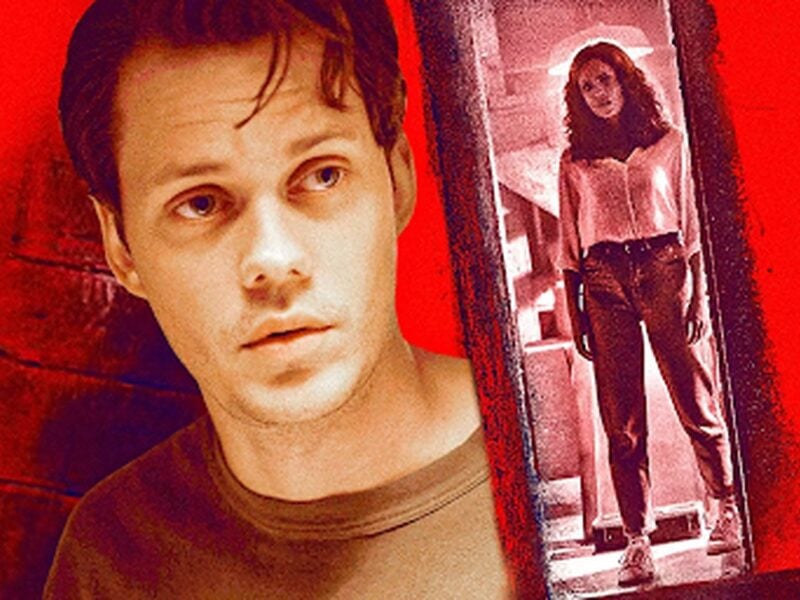