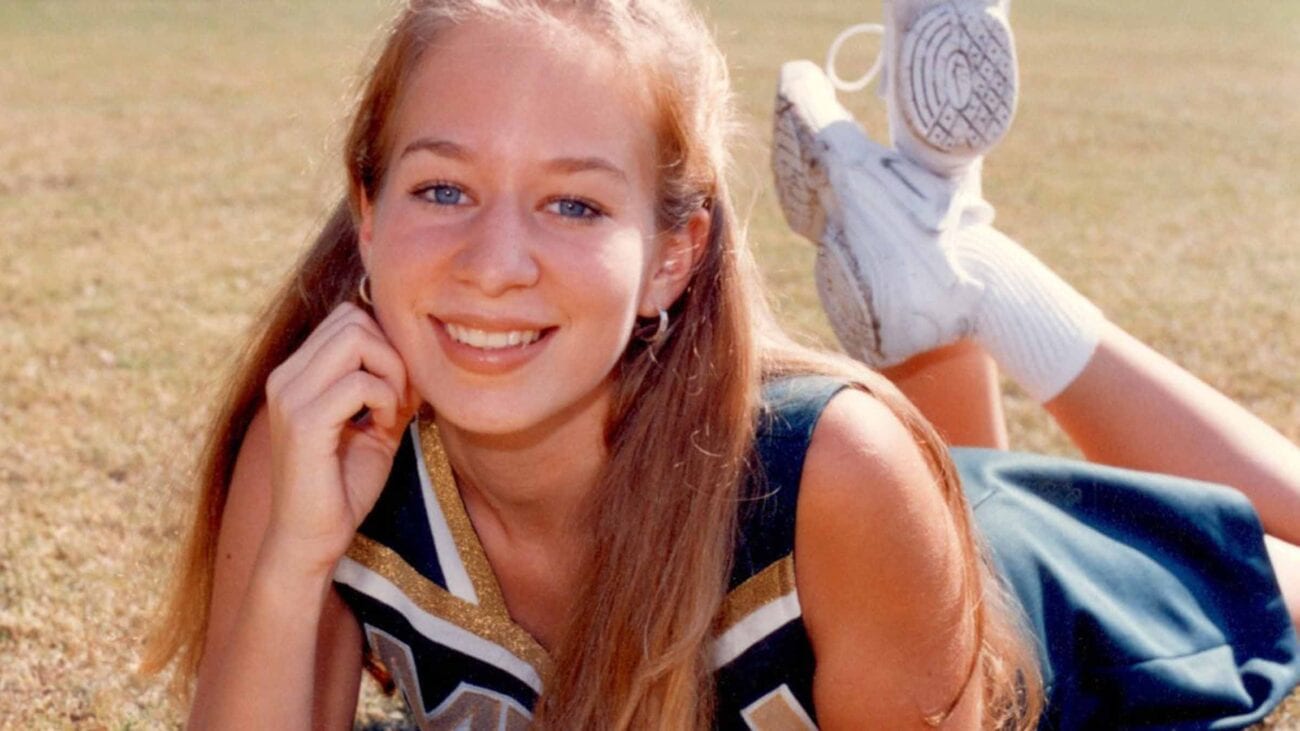 Who killed Natalee Holloway? This case will put you off partying for life

A graduation trip to Aruba, with 125 graduated high school seniors? What could go wrong? For Mountain Brook High School’s graduation trip in 2005, the answer is a lot. Graduating senior Natalee Holloway boarded a plane to Aruba on May 26th, 2005, stepping foot on US soil for the last time.

When it was time for the group to go home on May 30th, 2005, Holloway didn’t get on the plane. Her luggage and passport were still in her room at the Holiday Inn. So,  is Natalee Holloway dead? Who killed her? Let’s dive in. 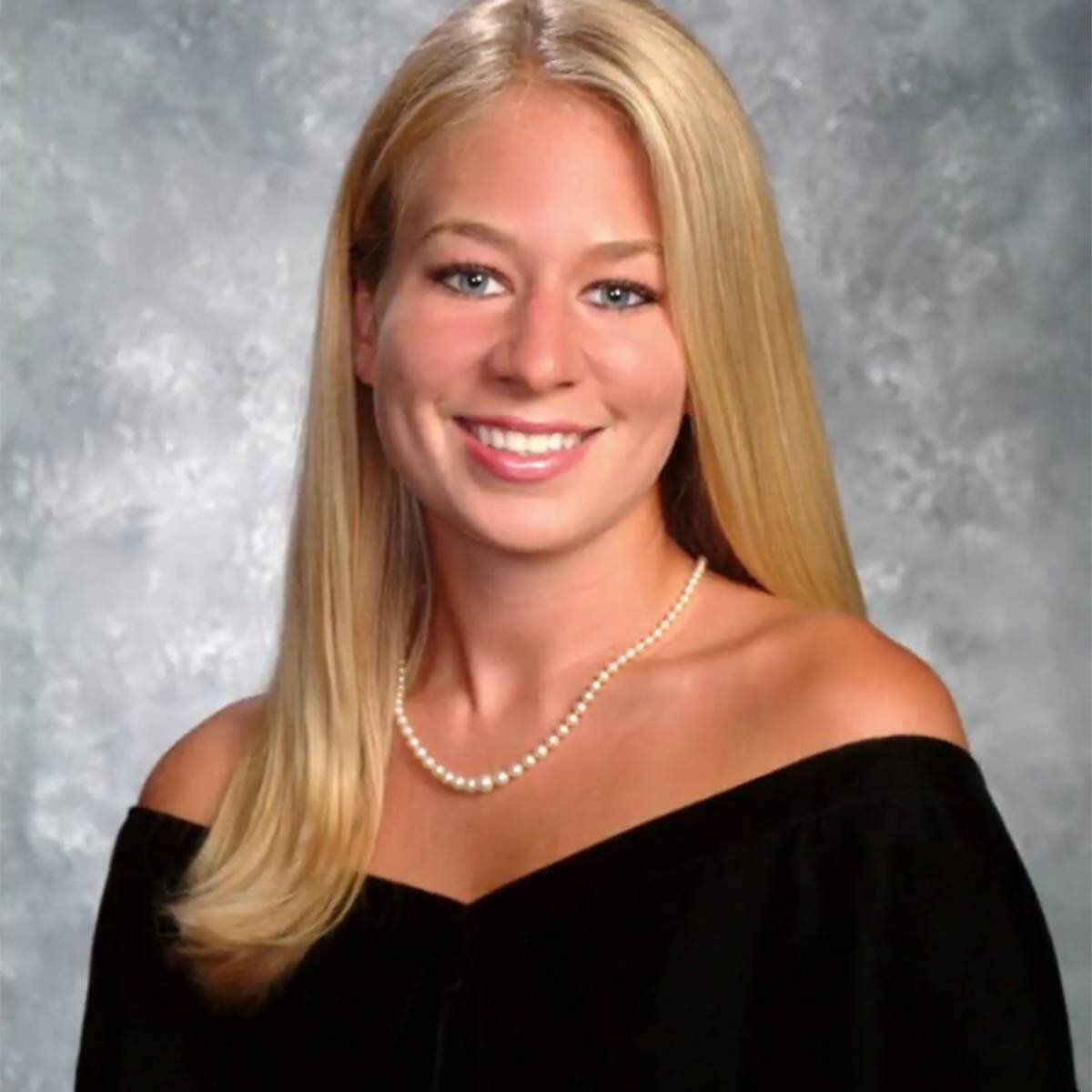 A drunken trip to the Caribbean

Considering the drinking age in Aruba is 18, it’s no surprise that most students spend their five-day trip drunk off their rocker. Classmates of Holloway note that the graduate would start her day off with a cocktail and was drunk by noon. Going to clubs left and right at night, swapping rooms, sleeping throughout the day, it was just a lot.

Even the police made a note that the Holiday Inn said the school wasn’t allowed back next year because of the students’ behavior. There were chaperones, but since nearly every student was 18, they just were there to keep an eye on things overall. All of these factors made it easy for Holloway to disappear in the early hours of May 30th. 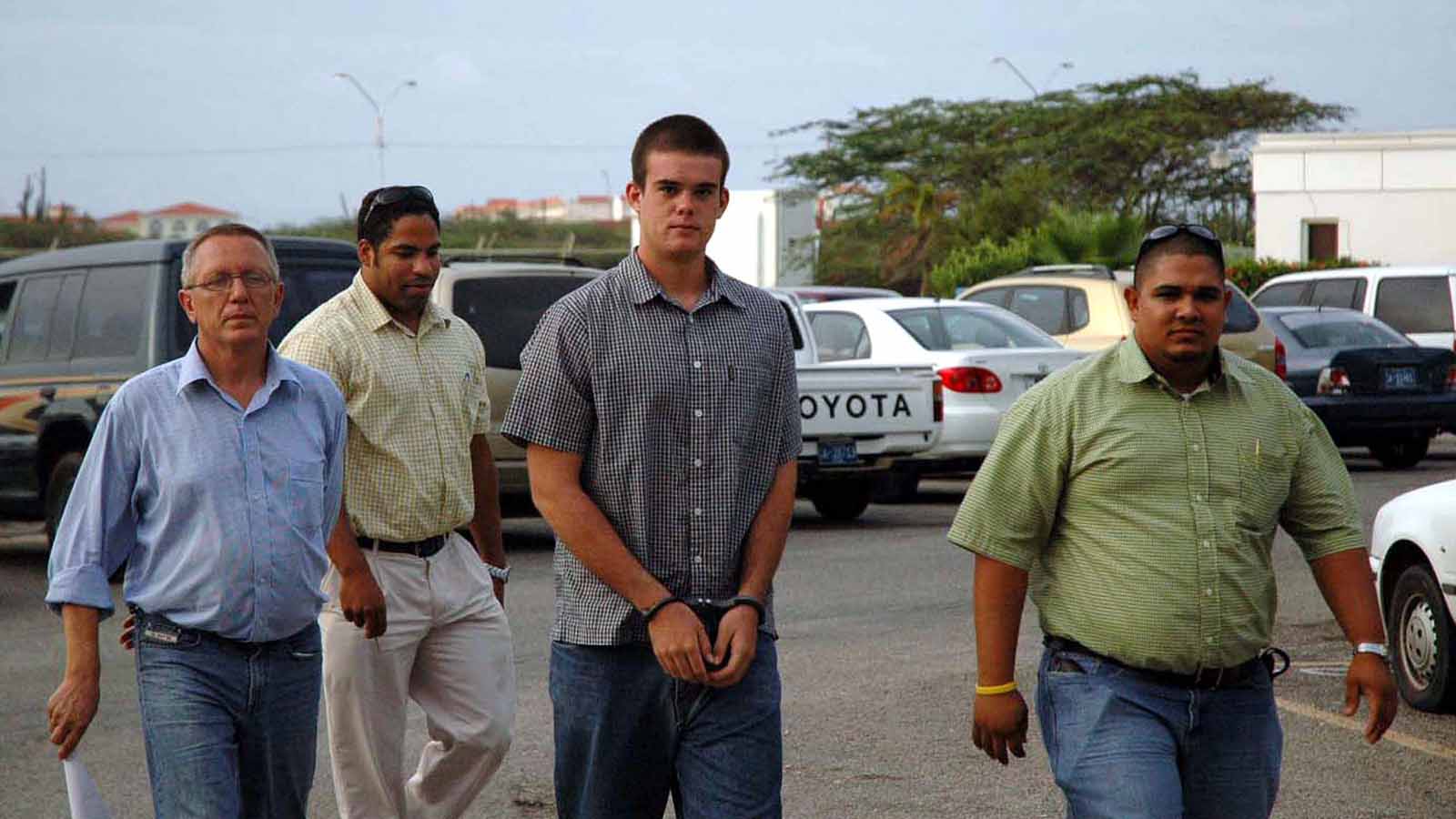 Getting in a car with locals

In the town of Oranjestad, Holloway and some other classmates went out on their final night to the bar and club Carlos’n Charlie’s. Around 1:30 am, classmates, note Holloway got into a car with some other men who were not part of the Mountain Brook trip.

17-year-old Joran van der Sloot, a Dutch student at the local International School, and 18 and 21-year-old brothers Satish and Deepak Kalpoe were in the car Holloway got into, but none of them know what happened to Holloway, claiming they just dropped her back at the Holiday Inn.

When interviewed by police, they said they drove her to the beach so she could look at the sharks, and then dropped her off at the hotel around 2am. She fell out of the car, but refused help from any of the young men. While they were pulling off, a dark man in a black t-shirt approached Holloway. 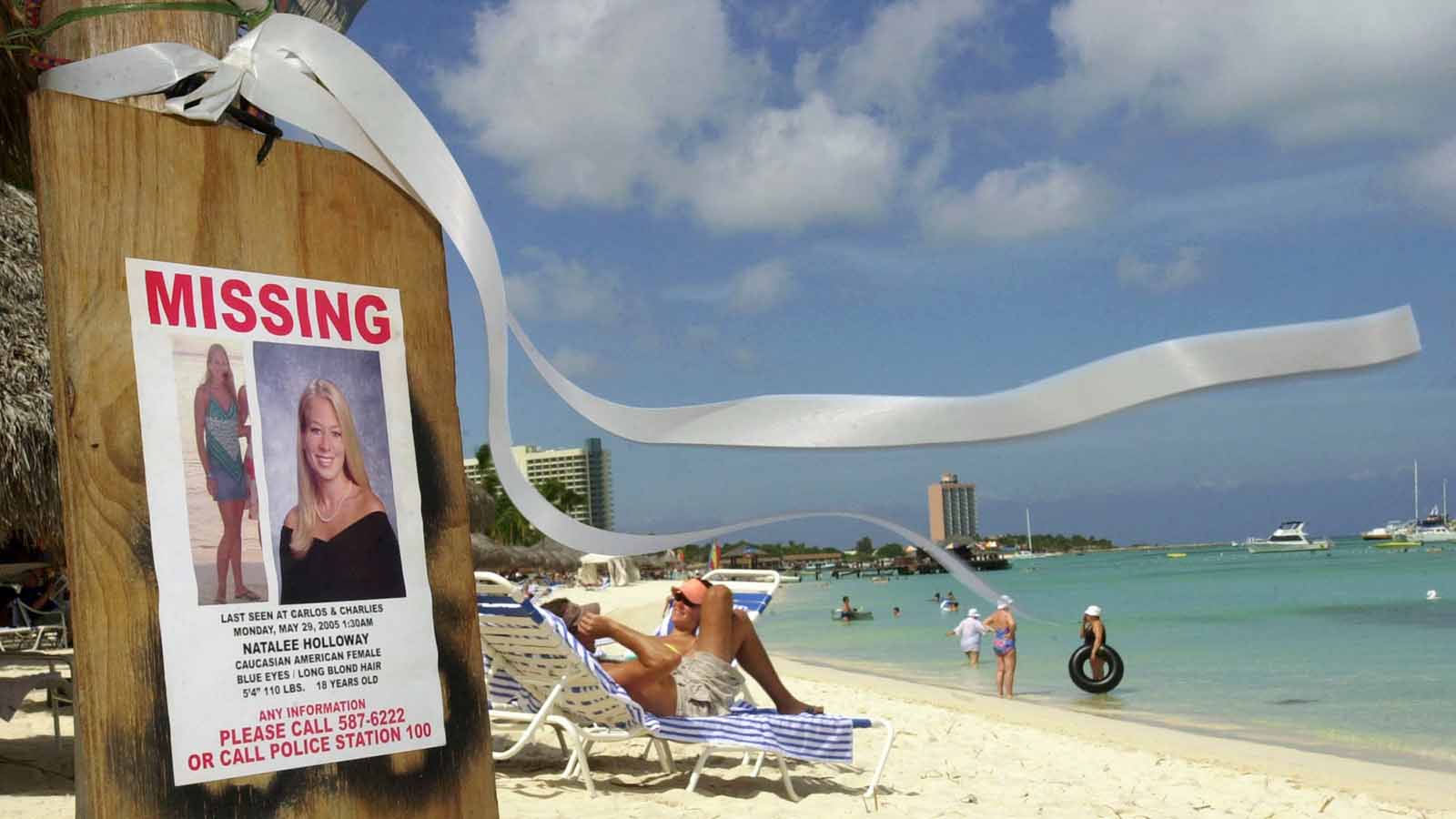 Within hours of Holloway missing her flight, her parents flew to Aruba on a private jet on behalf of some friends. Giving civil servants the day off and pulling in the Dutch Marines, hundreds of people went searching for Holloway across the country, coastlines, and surrounding waters. Samples from the Kalpoes’ car were taken to test for DNA evidence.

Two former security guards were arrested based on statements made by the Kalpoes and Van der Sloot but were released after questioning led to nothing. All three men in the car were then detained for questioning, but after weeks of no answers and changing stories, all three men were released.

Meanwhile, the Holloways were getting desperate. By August 2005, the reward for finding Holloway, dead or alive, was $250,000. It was clear police had no suspects, as they continued to detain people and release them with no information. Even the Kalpoes and Van der Sloot were rearrested on several occasions, but none of them were ever charged. 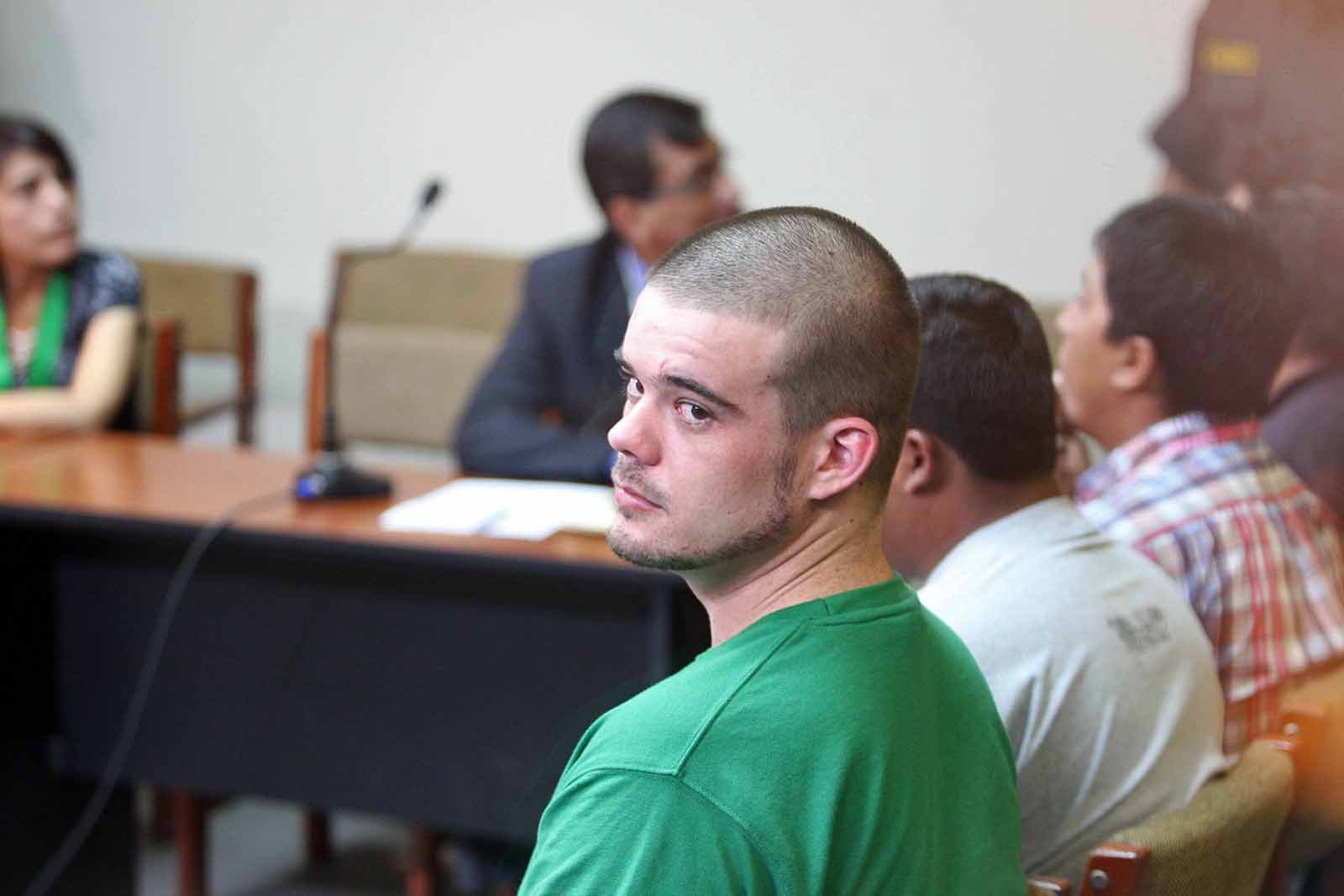 Leads turning into nothing

As time went on, the stories Van der Sloot was telling about the incident changed. He said he sold her into sex slavery, or that he did murder her and wanted to be paid to hep find the body. While nothing came of these, Van der Sloot was eventually charged with murder of a separate woman in Peru.

In his confession, he claimed she accessed his laptop without permission and found info linking him to Holloway, so that’s why he killed her. While the trial wasn’t allowed to bring anything relating to Holloway up, he was still found guilty and is serving 28 years in prison for the crime. 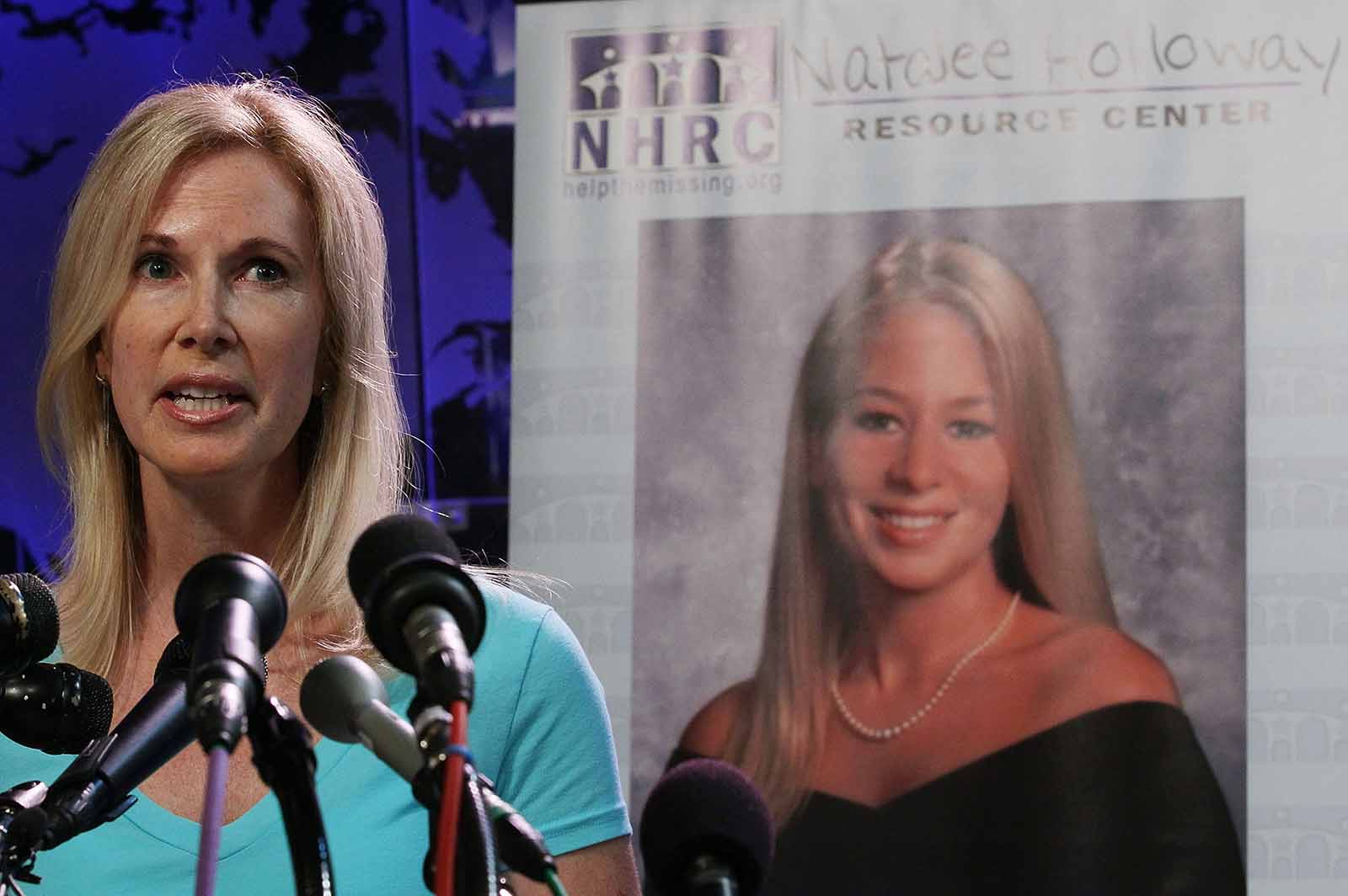 While her mother refuses to give up hope, it’s hard to believe Natalee is alive 15 years later. All we know for sure is Natalee didn’t deserve the fate she was given. Whether she’s dead or alive, we hope she’s eventually found.

If you’re a part of the true crime community, sign up for our newsletter. We promise the most relevant news, articles, quizzes, and polls in your inbox.