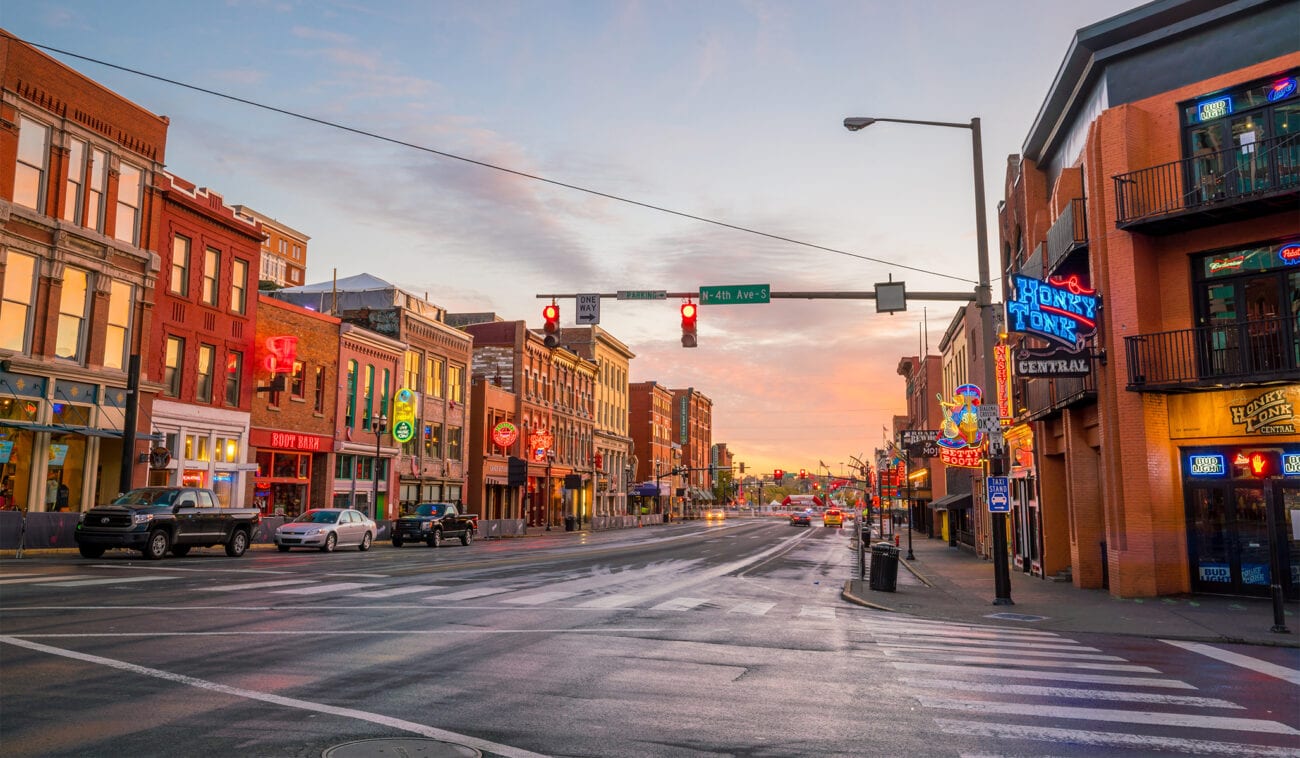 It’s an election year in the U.S. On top of the usual steaming pile of everyone scrambling to get dirt on their opponents (or opposing political parties), we’re in the middle of a pandemic. Each political party is accusing the other one of handling it improperly.

Each election year (well, every year, let alone every month), we get a reporting fable about jumping the gun and reacting to news swiftly. As stories develop, new information breaks, and what was known yesterday may not be true today. Here’s one about our favorite hot-button topic right now: the coronavirus outbreak. 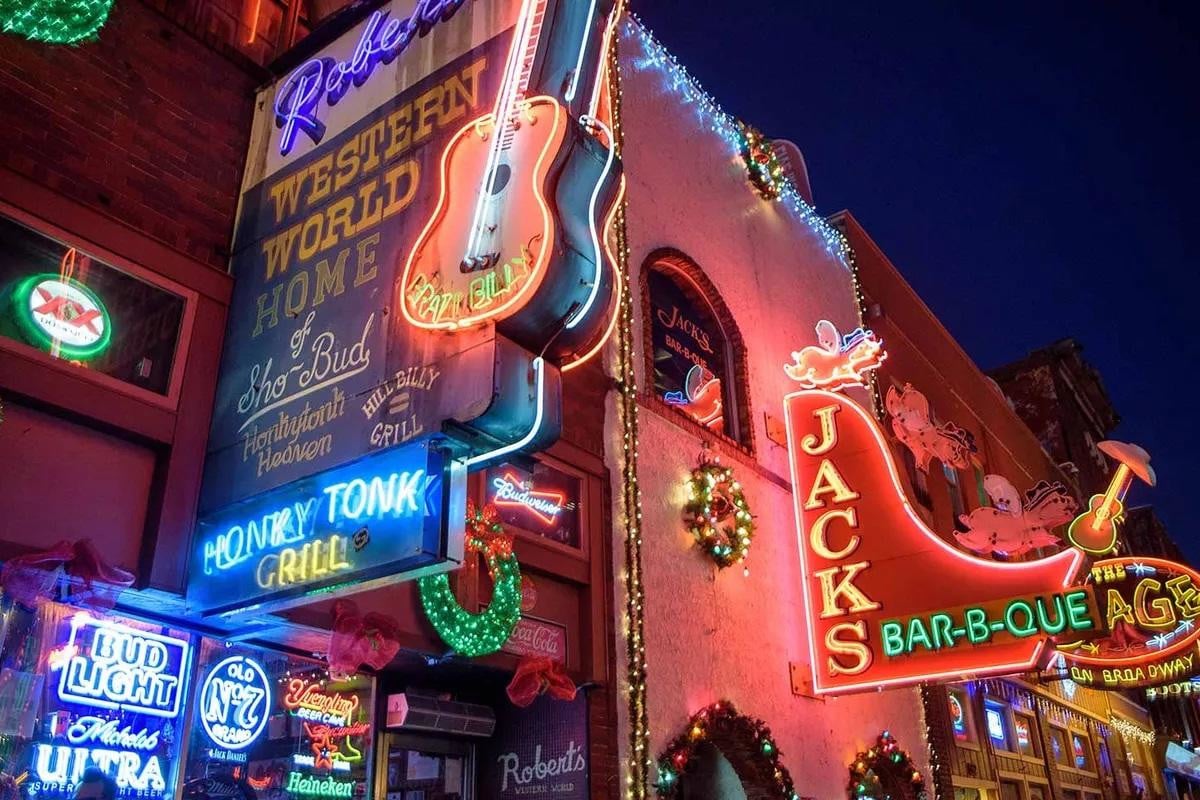 Last July, a story broke on WZTV Nashville, but it no longer appears on their page  (as we’ll see below, it was retracted). It’s still reported by Zero Hedge, an independent news source that bills itself as “the news you won’t get anywhere else.”

At the end of June, contract tracing of coronavirus outbreaks were made public in Nashville. The culprits of the outbreaks were mainly construction sites and nursing homes. Bars, though? Only twenty-two cases were reported according to the WZTV report.

The official health department numbers reported that over eighty coronavirus cases were reported at bars & restaurants out of the over 20,000 cases that month. A leaked email that WZTV obtained shows a health official, Leslie Waller, asking if this will only be “for (the) mayor’s office” and not to be released publicly. Nashville Mayor John Cooper’s senior advisor, Benjamin Eagles, confirmed that the numbers weren’t for public release.

Everyone involved should face jail time. How many other Dem run cities is this happening in?https://t.co/8anzs5Jgba

A month later, Nate Rau asked the Nashville Mayor’s office about the allegations that only a tiny fraction of the twenty thousand coronavirus cases were attributed to bars. More emails shown on WZTV from the Nashville Dept. of Health spokesperson Brian Todd depict Todd asking five health officials on how to respond.

“The figure you gave of ‘more than 80’ does lead to a natural question: If there have been over 20,000 positive cases of COVID-19 in Davidson and only 80 or so are traced to restaurants and bars, doesn’t that mean restaurants and bars aren’t a very big problem?” Rau had asked.

The “two cents” in the following email from an official whose name is blocked out is unintelligible, garbled reasoning having to do with the numbers being so low, they weren’t worth reporting. When people’s jobs are on the line due to businesses being closed, plus taxpayers having to foot the bill for COVID relief, the public outcry was swift.

“We raised taxes 34 percent and put hundreds literally thousands of people out of work that are now worried about losing their homes, their apartments etcetera and we did it on bogus data. That should be illegal!” Steve Glover, a Metro Councilman said, adding the Dept. of Health “blew their credibility” by not releasing the numbers. 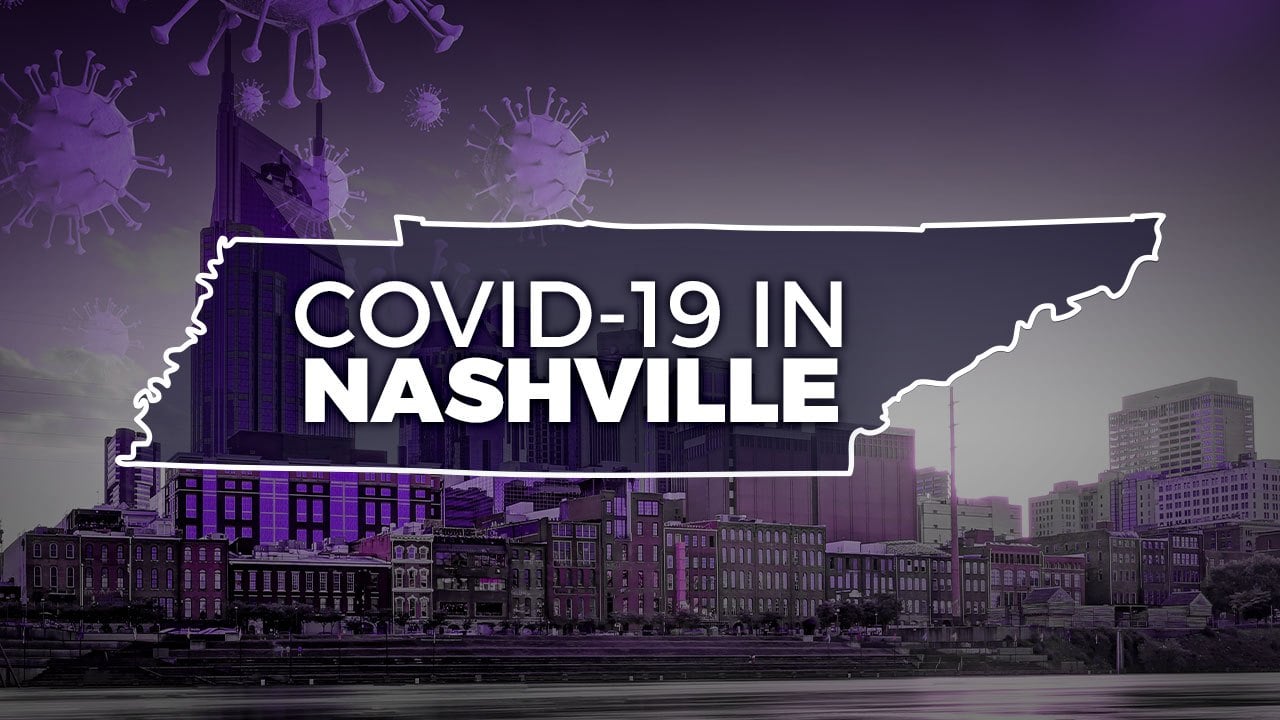 The mayor’s office responded by saying the story wasn’t true and “without context.” They then told WZTV to file a freedom of information act if they wanted more info. The station filed. Turns out, the emails were real, but according to The Tennessean, they were cherry-picked from a lawsuit filed by bars against Nashville.

The Tennessean reports that the numbers were released and addressed in a press conference. While they were low, city officials said they were part of “an alarming trend” of increasing cases in Nashville’s city center.

Not to elevate their clicks here but did the author of this story … read the email they are referring to? MPHD has always provided me with tracing info. Also, it’s really difficult to link transmission to any one location, especially w/ out of state tourists + no natl tracing https://t.co/9McXpL2VPg

So yes, the numbers were low, but they were accessible. Nate Rau even used the numbers in an article for The Tennessee Lookout. A reporter from The Nashville Post even tweeted that she could easily access the low coronavirus numbers.

On Friday, the Nashville station that originally aired the emails apologized, retracting the story. “We don’t have evidence of a cover-up and apologize for the error,” an anchor read on their 9 PM newscast. 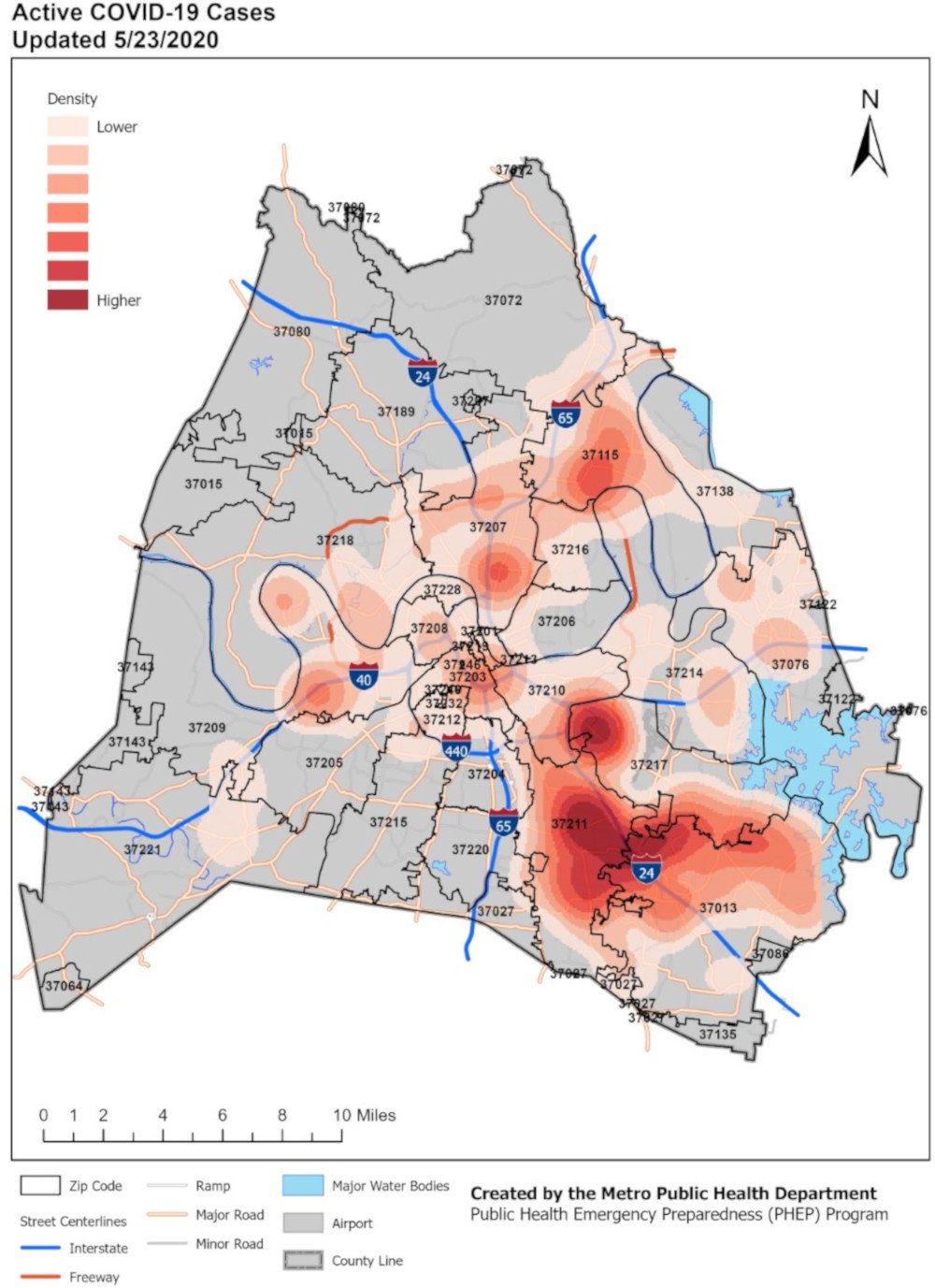 The issue at hand

Despite the retracted story, the economic devastation the coronavirus outbreak caused us to face is still a valid issue. So are the low numbers coming from an industry shuttered by the pandemic? People whose income depended on face-to-face service industries like bars & restaurants, especially performers, have been hit.

Nate Rau reports in The Tennessee Lookout about the struggles of performers and bar workers during the coronavirus outbreak. Even with coronavirus outbreak relief, bartenders, servers, and performers face economic hardship, from not making as much as they did before the outbreak to red tape regarding their eligibility for benefits. 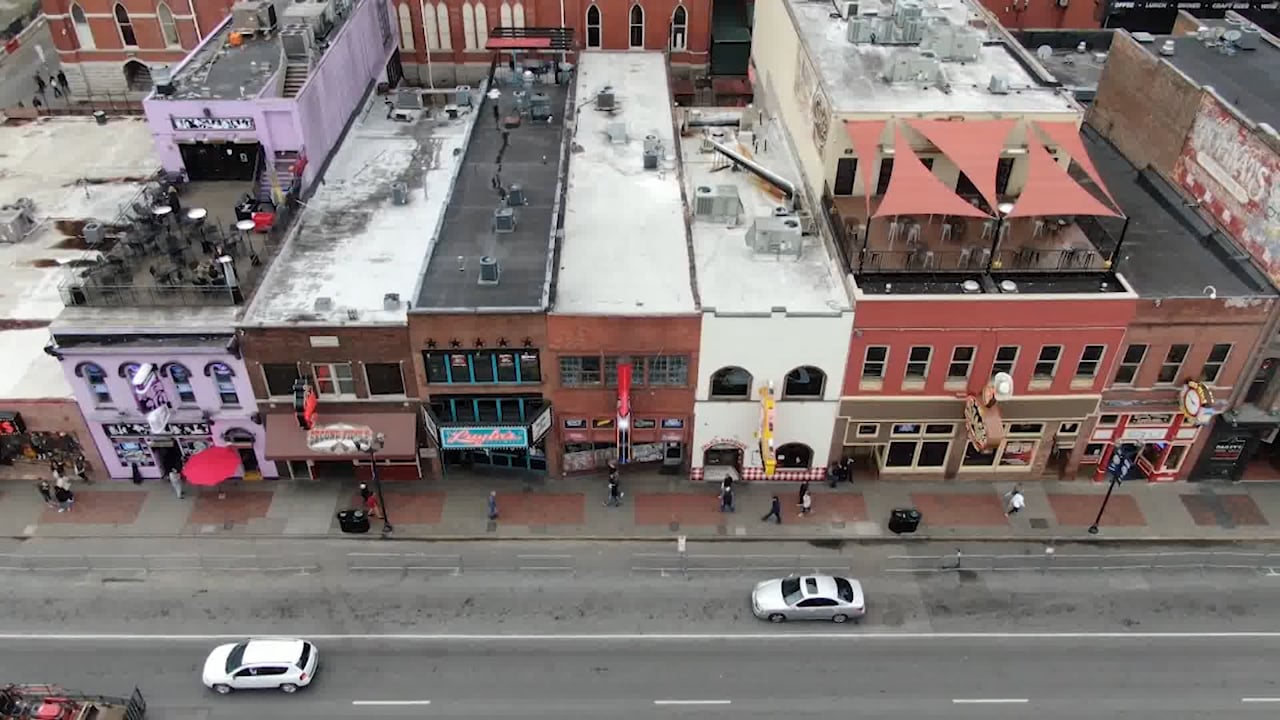 Rau interviewed Scott Collier, a honky-tonk performer who made his living performing in bars. Collier protested the city’s restrictions, citing the low numbers from bars and the precautions they were taking to keep people safe.

“There’s no need in destroying people’s livelihood and lives. Some people have moved back home. We’ve lost a lot of good people. Seeing that (low) number (from bars compared to other sources). It really (makes me angry),” Collier told Rau. 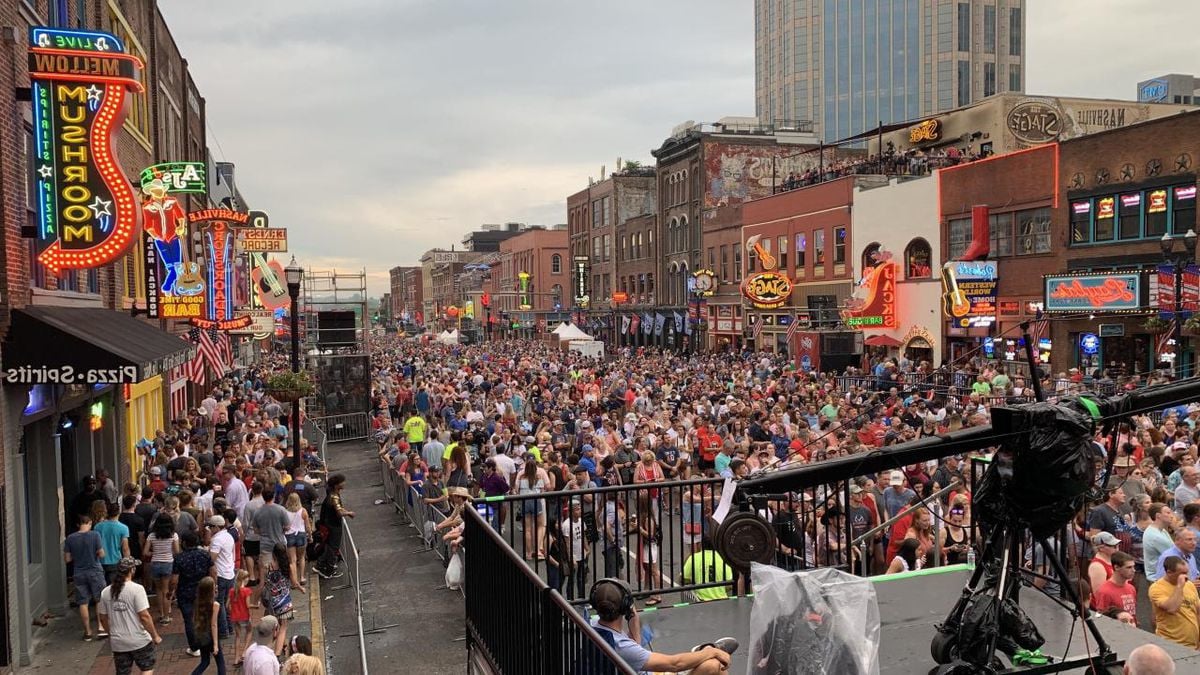 The coronavirus outbreak and the election

The mayor’s office counters that the low numbers were because of, not in spite of coronavirus outbreak protections. “It’s worth noting that Nashville’s rate of confirmed cases did decline while bars and restaurants operated at 50 percent capacity in May,” Mayor Cooper said.

It’s also noteworthy that the side of the coronavirus outbreak many Americans fall on has to do with whether a D or an R is next to an official’s name. Mayor Cooper is a Democrat and many pundits who latched on to the original reporting, like Donald Trump Jr. are Republican.