‘My Favorite Murder’: The true-crime podcast that became an empire

Have you ever discussed JonBenet Ramsey or Scott Peterson with a friend? Sharing titillating details or theorizing on what could have happened over a glass of wine, and maybe even laughing at a criminal’s behavior? The My Favorite Murder podcast brings that exact feeling, of finding a friend who happens to be into the weird true crime stuff that you are, and has built that feeling into their own podcast empire.

After realizing the two of them both shared a love for true crime stories, they made plans to hang out again, and as their friendship solidified, they took their conversations to the airwaves, forming the podcast, My Favorite Murder. 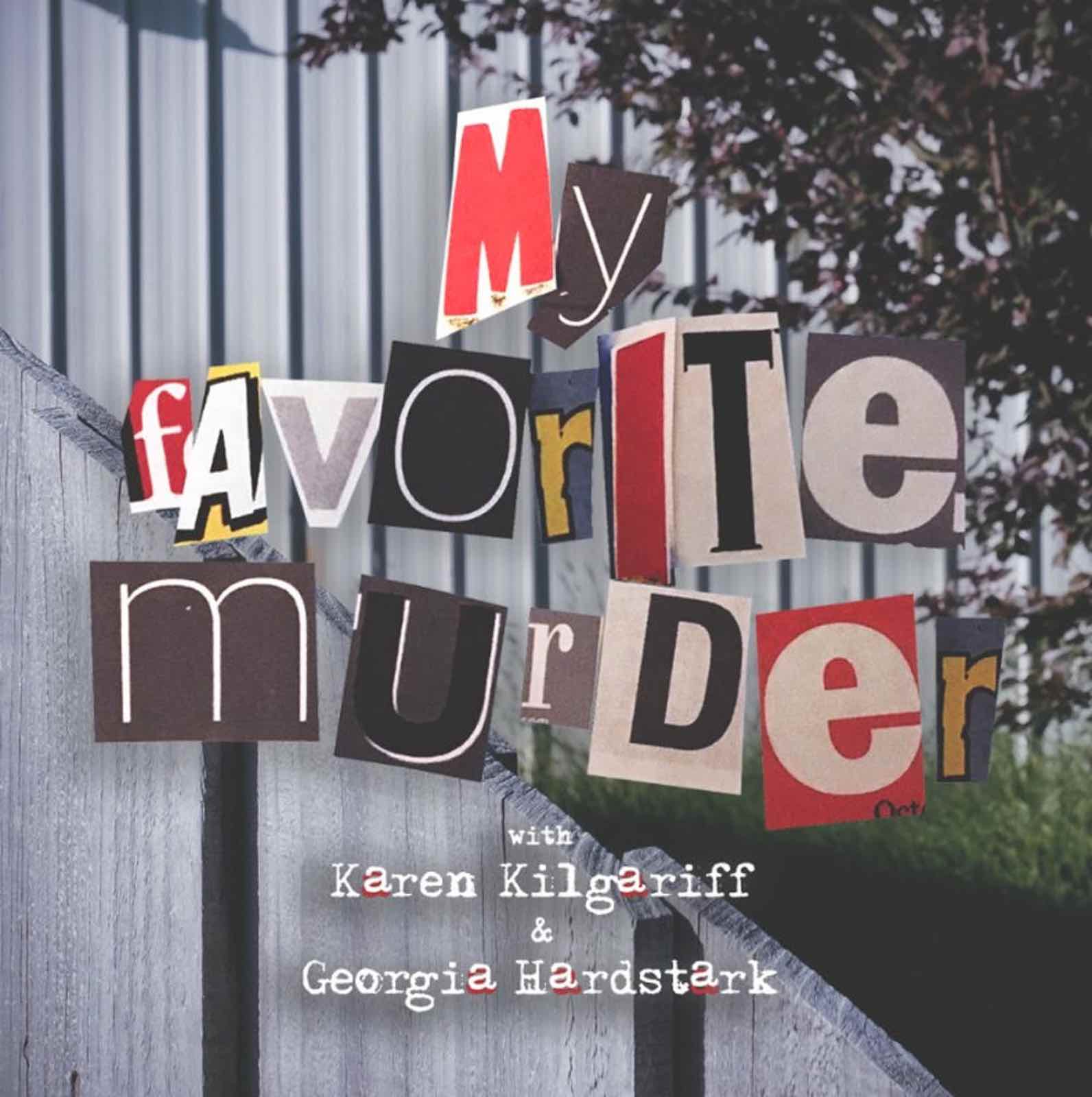 Kilgariff and Hardstark are well-aware that combing those two concepts can offend some. The cheekily invite anyone at one of their sold-out live shows who is upset by the idea to “get the f— out”. Confessing that their love of true crime has gone back as far as they could remember, the pair reminds us that sometimes the best way to tackle horrifying subjects is with a bit of laughter.

Since it’s the first episode in January 2016, My Favorite Murder has become more than a true-crime podcast, boasting millions of downloads a month, it also has become a place where Hardstark and Kilgariff can discuss the many issues that are ongoing themes in true crime stories, like mental illness, sex work, racism, substance abuse, victim’s rights, and sexual abuse.

The pair tackle any number of complicated topics, and when their audience tells them they’ve messed up, they own it and fix the problem, which is refreshing in the podcast world where hosts may just delete problematic episodes or react with defensive rants. My Favorite Murder’s honesty and openness have attracted hundreds of thousands of fans, which each episode averaging 450,000 downloads. 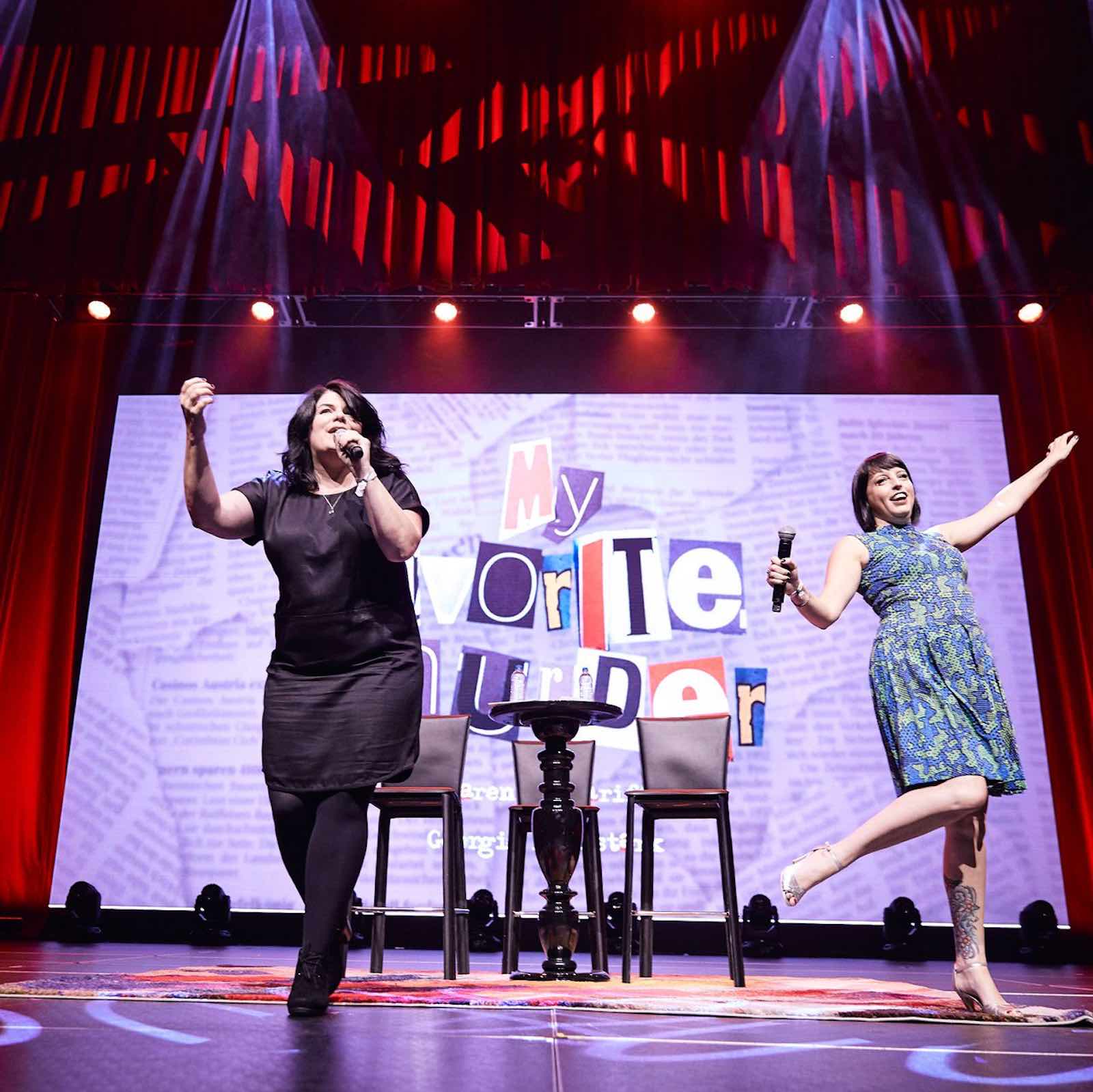 My Favorite Murder fans affectionately refer to themselves as “murderinos” (a term coined well before the podcast’s inception by The Simpson’s Ned Flanders). Those “murderinos” have the opportunity to pay an annual fee to join the show’s Fan Cult, where they get access to exclusive content, presale tickets to live shows, and early sales of the show’s merchandise.

Last November, Karen Kilgariff and Georgia Hardstark even hosted their own weekend-long event in Santa Barbara, CA, titled My Favorite Weekend, where fans came from all over the country for meet and greet events, live shows, and comingling with fellow lovers of true crime with a side of self-actualization. 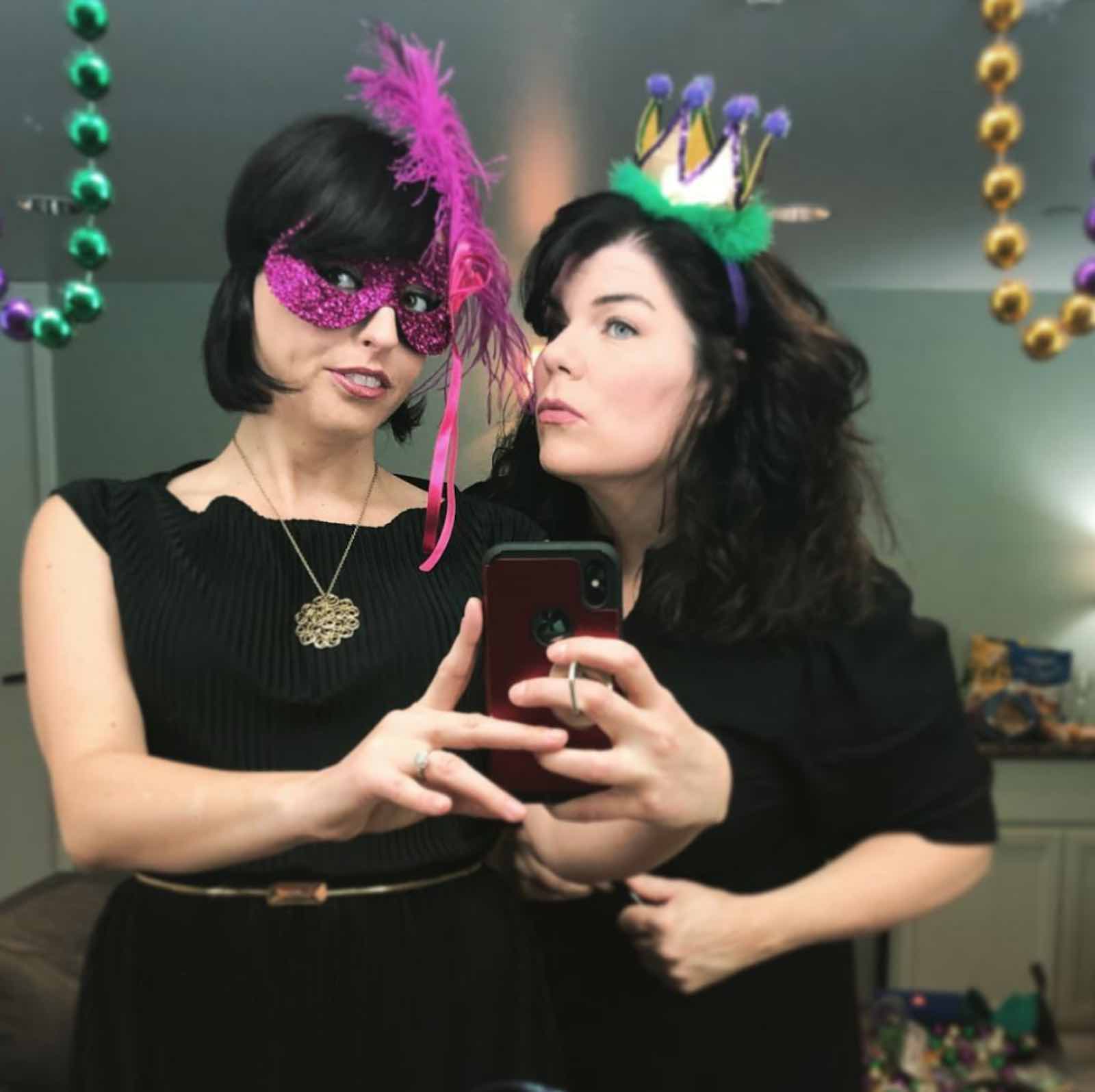 My Favorite Murder isn’t the best-researched or the most comprehensive podcast, and it doesn’t feature breaking news stories or never before heard footage. That’s not what brings fans back week after week.

Whether they are showing up for the Monday mini-sode, where Kilgariff and Hardstark read their audience letters sent in by listeners who have their own true crime stories to tell, or for the regular Thursday episode, where the pair takes turns telling each other a true crime story, the fans are mostly there because Karen and Georgia feel like friends. 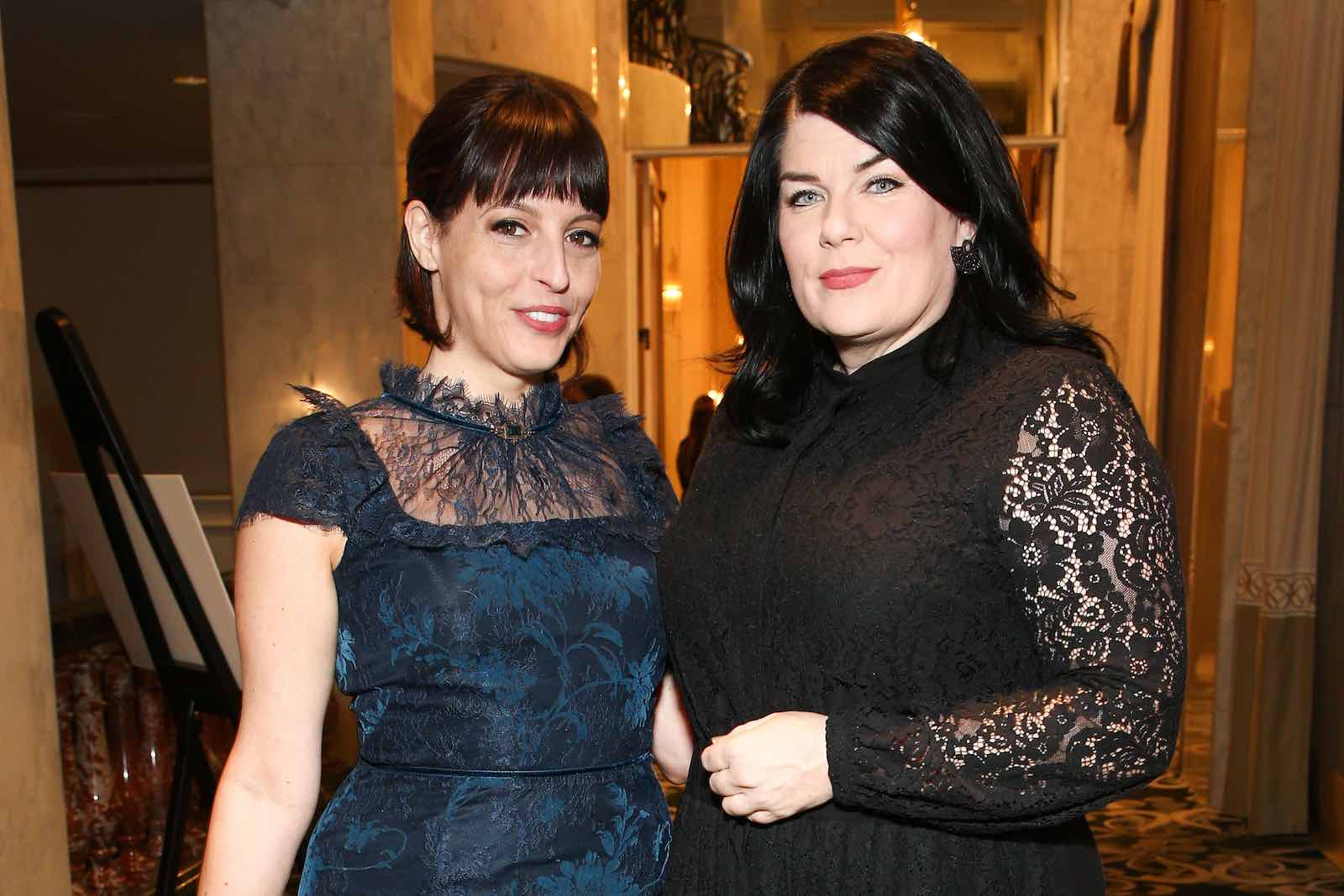 Mistakes are rarely edited out, like in episode 209 where Georgia mistakenly says “plantain” instead of “plantation”, causing the conversation to feel genuine because it is. My Favorite Murder episodes are peppered with the jokes, sidebars, and lots and lots of f-bombs, making listeners feel like they’re sitting down with an old friend.

In 2018 Karen Kilgariff and Georgia Hardstark catapulted the success of My Favorite Murder into their own podcast network, titled the Exactly Right podcast network. In addition to hosting My Favorite Murder, they also picked up other pre-existing podcasts The Fall Line, The Purrrcast, This Podcast Will Kill You, and Do You Need A Ride? and launched Jensen & Holes: The Murder Squad. 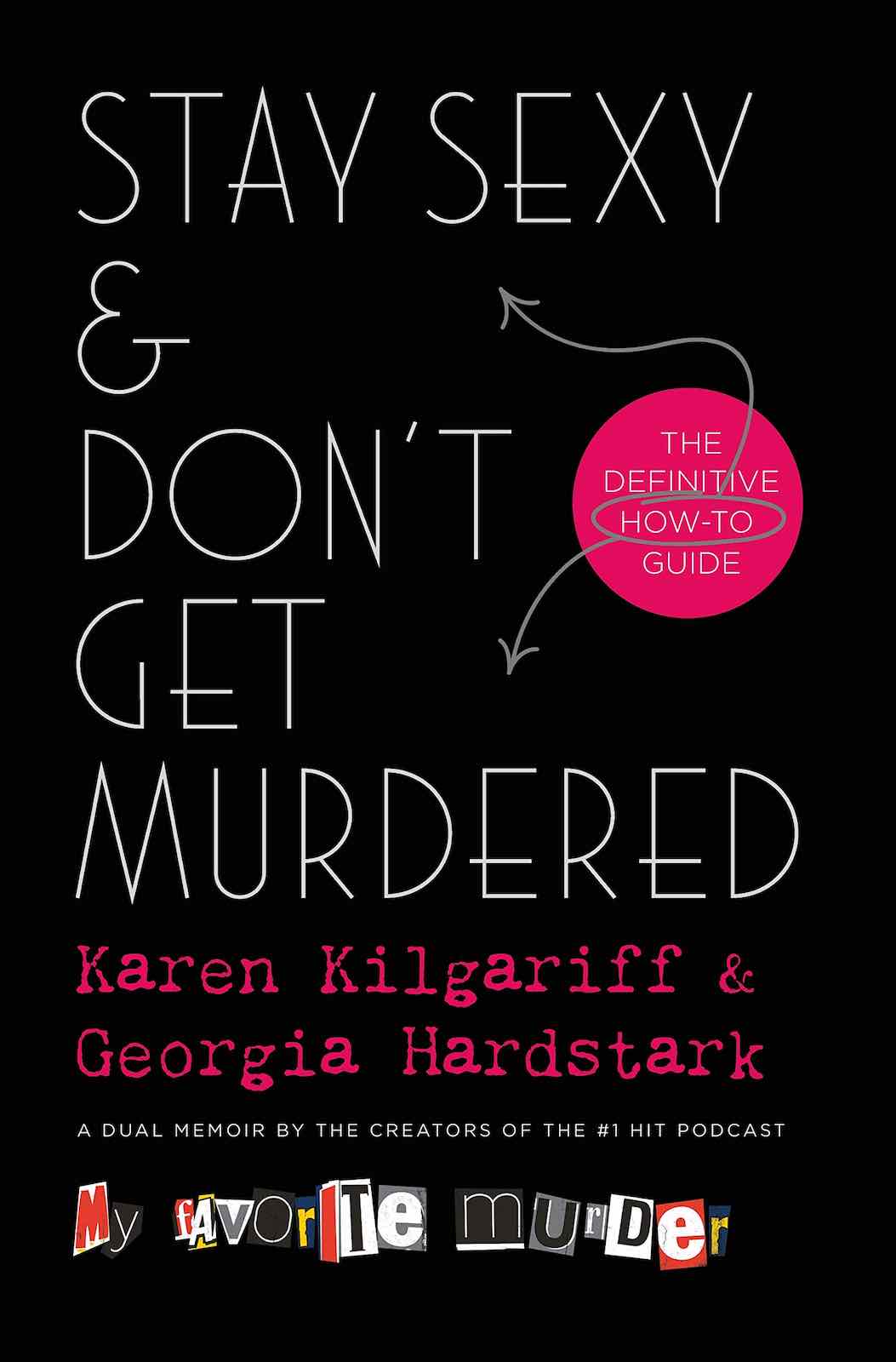 “Stay Sexy and Don’t Get Murdered”

True crime lovers who are new to My Favorite Murder have a plethora of episodes to choose from to get acquainted with the show. We recommend starting with the three that fans chose as their favorites last summer.

Fans’ top pick was episode #18, “Investigateighteen Discovery”, which covers the survival of Mary Vincent and killer Franklin Delano Floyd. The second most popular episode was #129, “Coincidence Island”, covering the Honolulu Strangler and the Galapagos Affair. Lastly, the third choice was episode #105 “Proclensity”, which tells the story of the murder of Christa Worthington, and a historical killer, Typhoid Mary.

Intrigued, even if podcasts aren’t your thing? Georgia Hardstark and Karen Kilgariff released a dual memoir last summer, titled after their tagline, Stay Sexy and Don’t Get Murdered, while the book is light on true crime, it tells personal stories of the authors in their signature frank and funny tone. 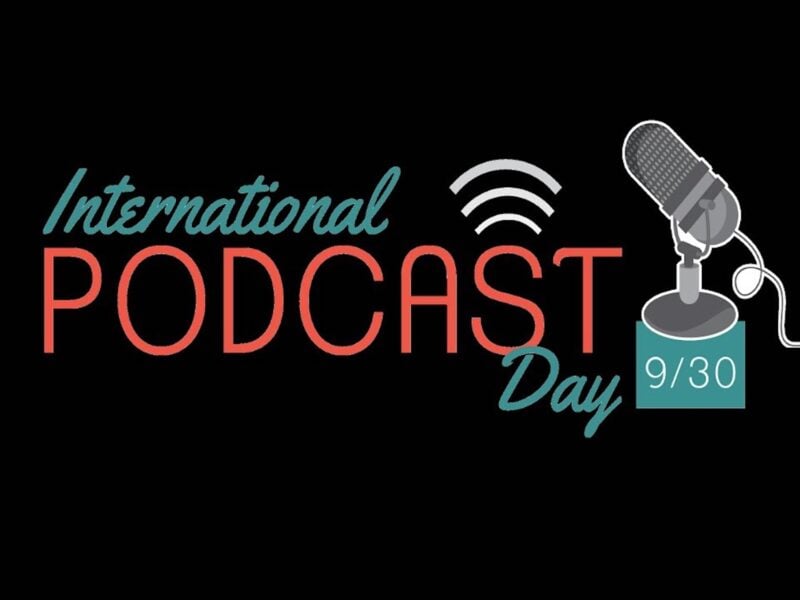