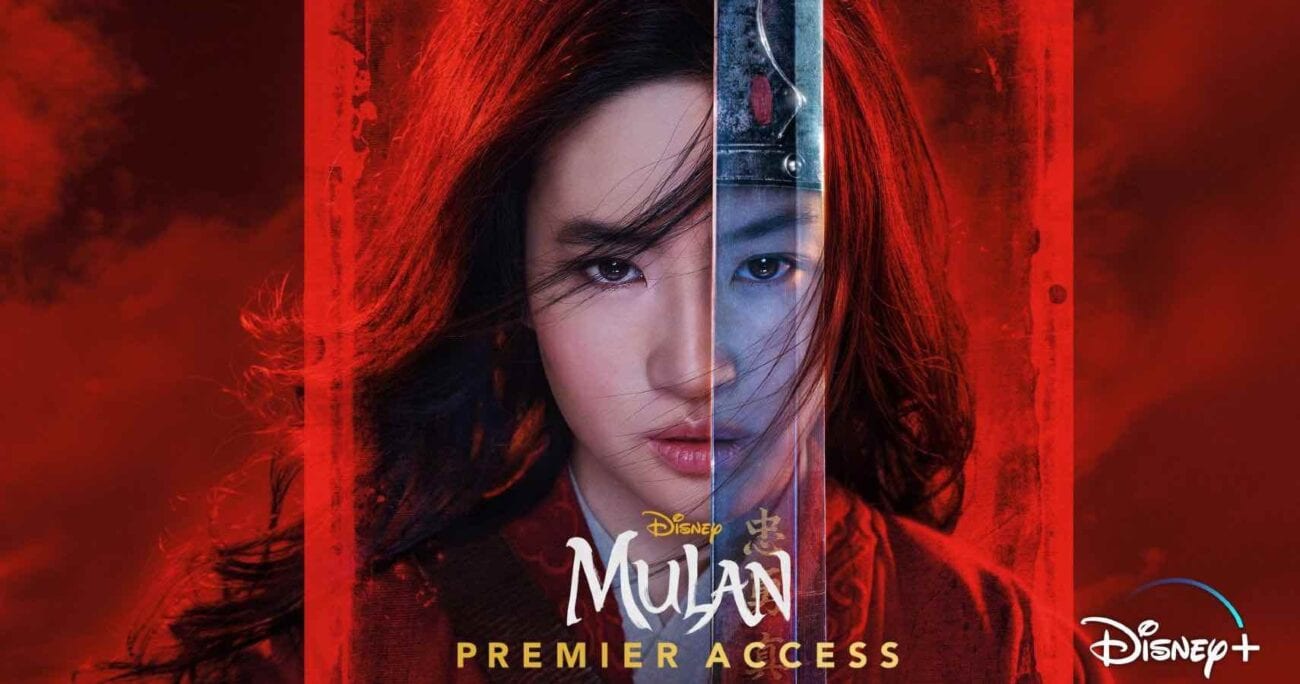 Disney has been milking the live action remake cash cow for years, and we feel bad for this theoretical cow, because she must be very tired. Disney’s Mulan is the next remake on the docket, but it was supposed to have had a theater premiere months ago. The pandemic, of course, prevented the release.

A lot of contention has arisen out of the Mulan remake. People have been disappointed about the announcement the movie would be darker & less fun (sorry, no dramatic CGI dragons) to the discovery Shang wouldn’t be in the movie. There’s also the more serious fact the lead actress has openly praised the Chinese Communist Party, which has led to a movement of people pushing for a boycott of the film.

There’s also one other thing – with current uncertainty about theater going, Disney has decided to try and see what happens when they release Mulan on their streaming platform Disney+. The real kicker here is that people who are already paying for the streaming service are going to be asked to pay $29.99 in order to watch the film. All this has led to a number of great memes. 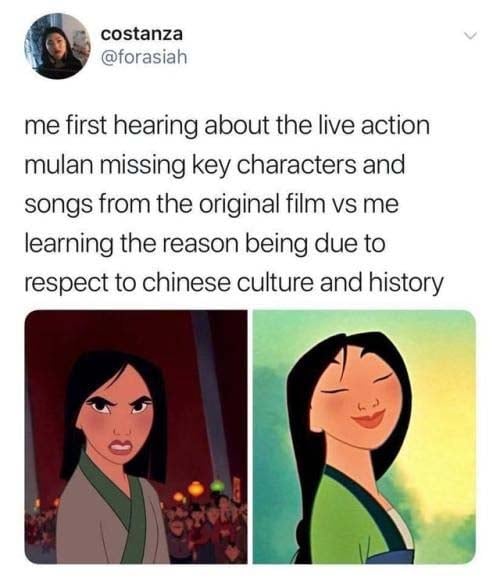 Okay, this is fair

The reason behind the narrative changes are good, and we accept that.

If you don’t get it, that’s okay

If you don’t get it, then this is something you’ve never done before. If you do get it, well, then “Har matey, we be of kindred spirit”.

"THIS MOTHERFUCKER BOUGHT THE LIVE ACTION MULAN FOR 30 DOLLARS!" pic.twitter.com/zahSOB9nVQ

Shaming people isn’t cool, but if someone is paying a monthly fee for Disney+ and pays thirty bucks on top of that to watch Mulan you know they’re rich.

It also gets funnier when you realize the movie will stop being pay-to-watch in December.

So is Disney Plus shipping me concessions if I’m paying $30 for Mulan? pic.twitter.com/05HME3oGGC

If we’re paying more than we would for a movie ticket we expect to see some overpriced hot popcorn magically appear when we hit play. It’s Disney, surely they have that capability by now.

Fortunately, the cast is here to destroy their own movie! Featuring (but not limited to): police brutality supporter Liu Yifei and CCP lover Donnie Yen#BoycottMulan #MEMES pic.twitter.com/00f1OQMczU

@Disney marketing team: Hey boss we got #Mulan trending
The boss: That's great!
The team: Yea but there's one problem…
The boss: what is it?#BoycottMulan #MEMES pic.twitter.com/3x5PFAy6VP

Maybe not all press is good

They say any press is good press, but a call for a boycott is probably not the kind of thing Disney ever wants to be associated with. It doesn’t really scream “fun for the whole family”.

As far as I'm concerned the only redeeming quality about the mulan remake would have been for disney and McDonald's to do a wide release of the meme sauce but seeing as they didn't pic.twitter.com/hCRbgZYUfw

We dare not speak the sauce’s name . . . okay actually we do because it’s kind of our job. However, we would very much like to not ever remember the Szechuan Sauce Incident of 2017 ever again.