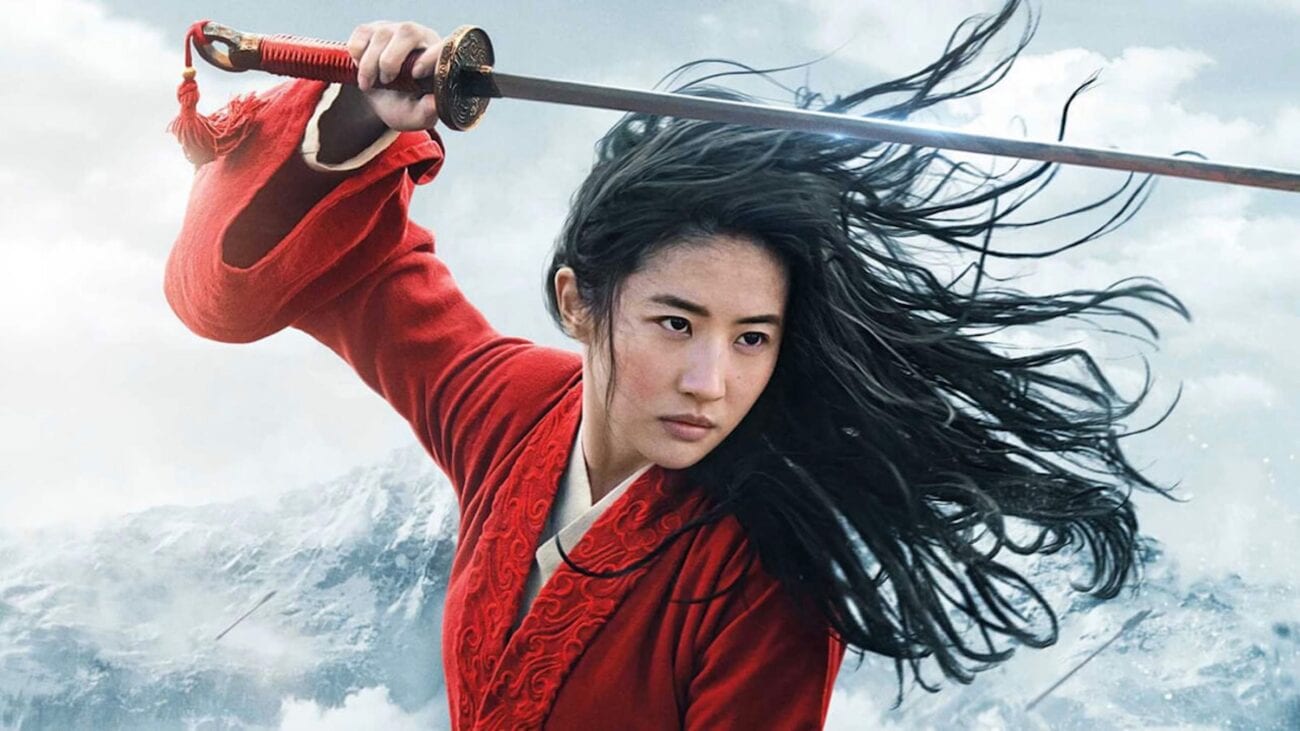 In Disney’s Mulan, which was released back in 1998, Hua Mulan impersonates a man to join the army and fight in her elderly father’s place. This time around, though, the story is getting a live-action upgrade and way more Kung Fu. The movie – set to be released on Sept. 4, 2020, via Disney+ and starring Liu Yifei – has already received positive reviews from critics.

The movie was originally scheduled to hit theaters in March 2020, but due to the coronavirus pandemic, it was delayed until July 2020. The Disney remake was then pushed to August 2020, before ultimately receiving a September 2020 debut. At $200 million, it’s Disney’s priciest remake so far. 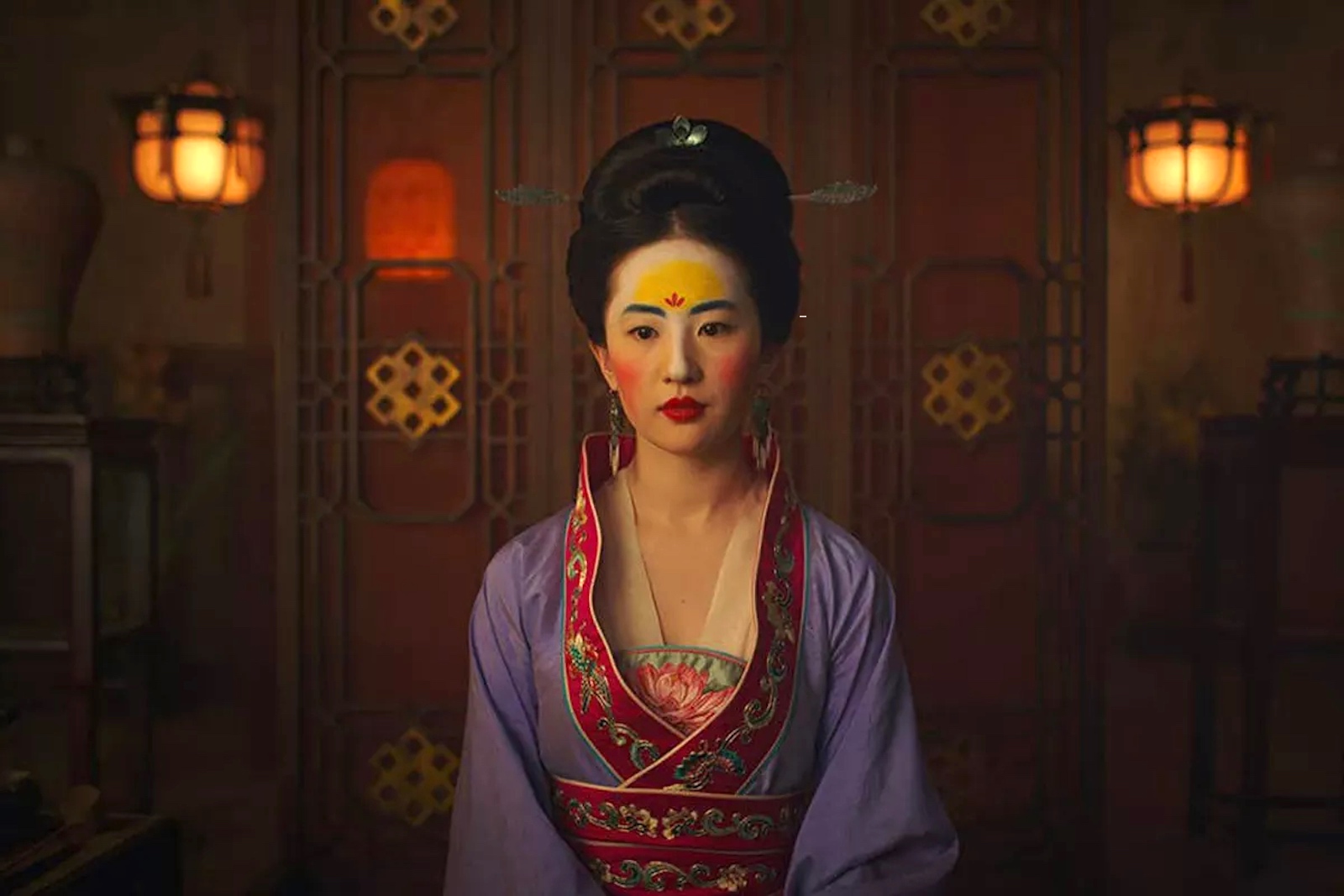 Niki Caro’s (Zoo) superb direction has been applauded, but it’s her leading lady, Liu Yifei, who has seemingly been getting the most attention. Though Mulan might be considered her breakout role, she’s been on the scene for years, acting alongside Nicolas Cage in the Outcast, and Jackie Chan in The Forbidden Kingdom. 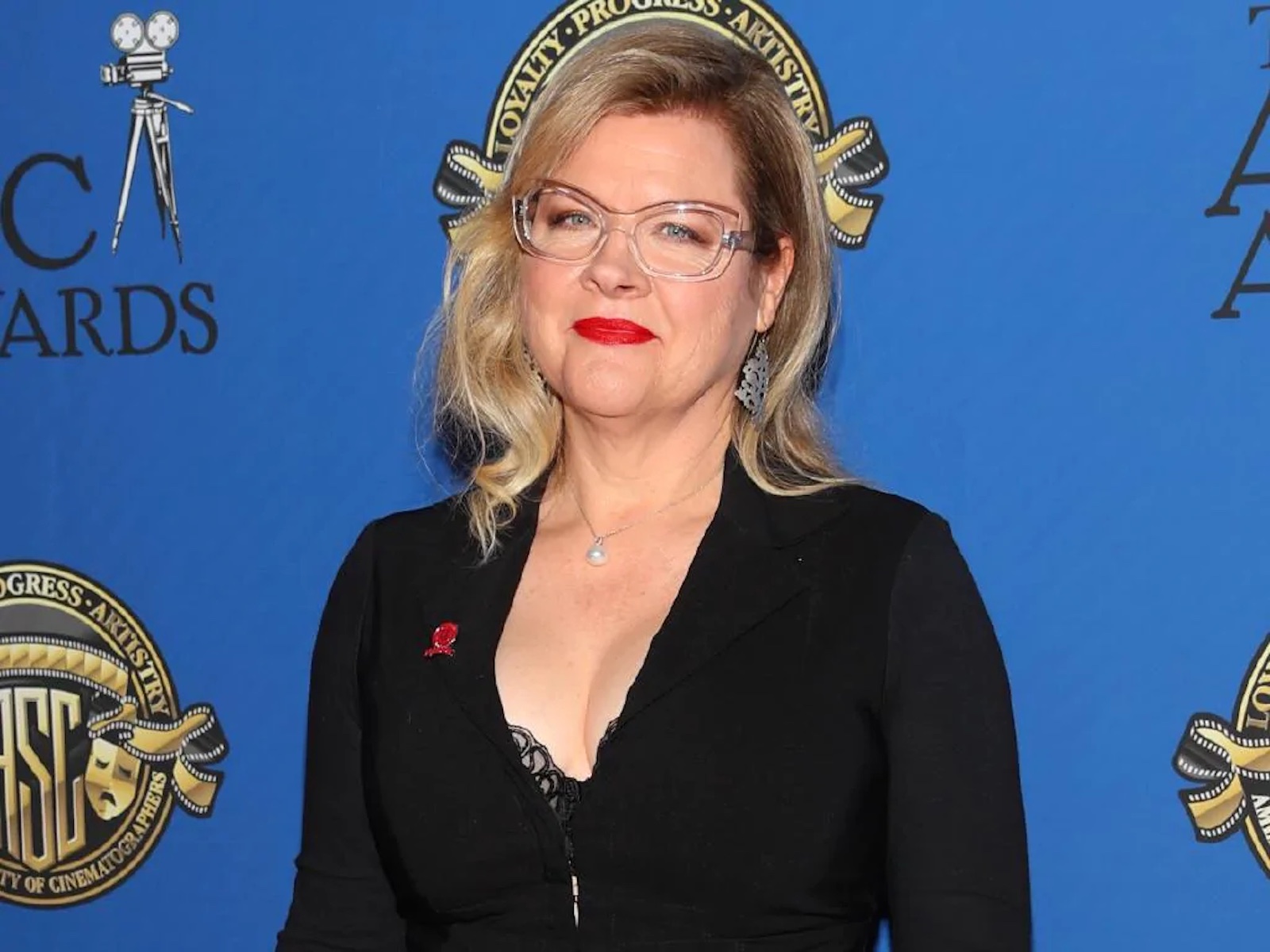 Many actors spend months — sometimes even years — preparing for a role, and Liu Yifei is no different. Liu’s nickname is “Fairy Sister” thanks to her stunning good looks and seemingly effortless talent. However, don’t let the name fool you. Liu isn’t afraid to get down and dirty when getting into character.

Disney’s fictional character based on legendary Chinese warrior Hua Mulan takes serious kung fu fighting skills. Liu does almost all of her own stunts in Mulan, which is no small accomplishment considering the action-packed nature of the film. Page Six reported that Liu had to train for “three months, seven hours a day,” in order to nail the physically demanding role. 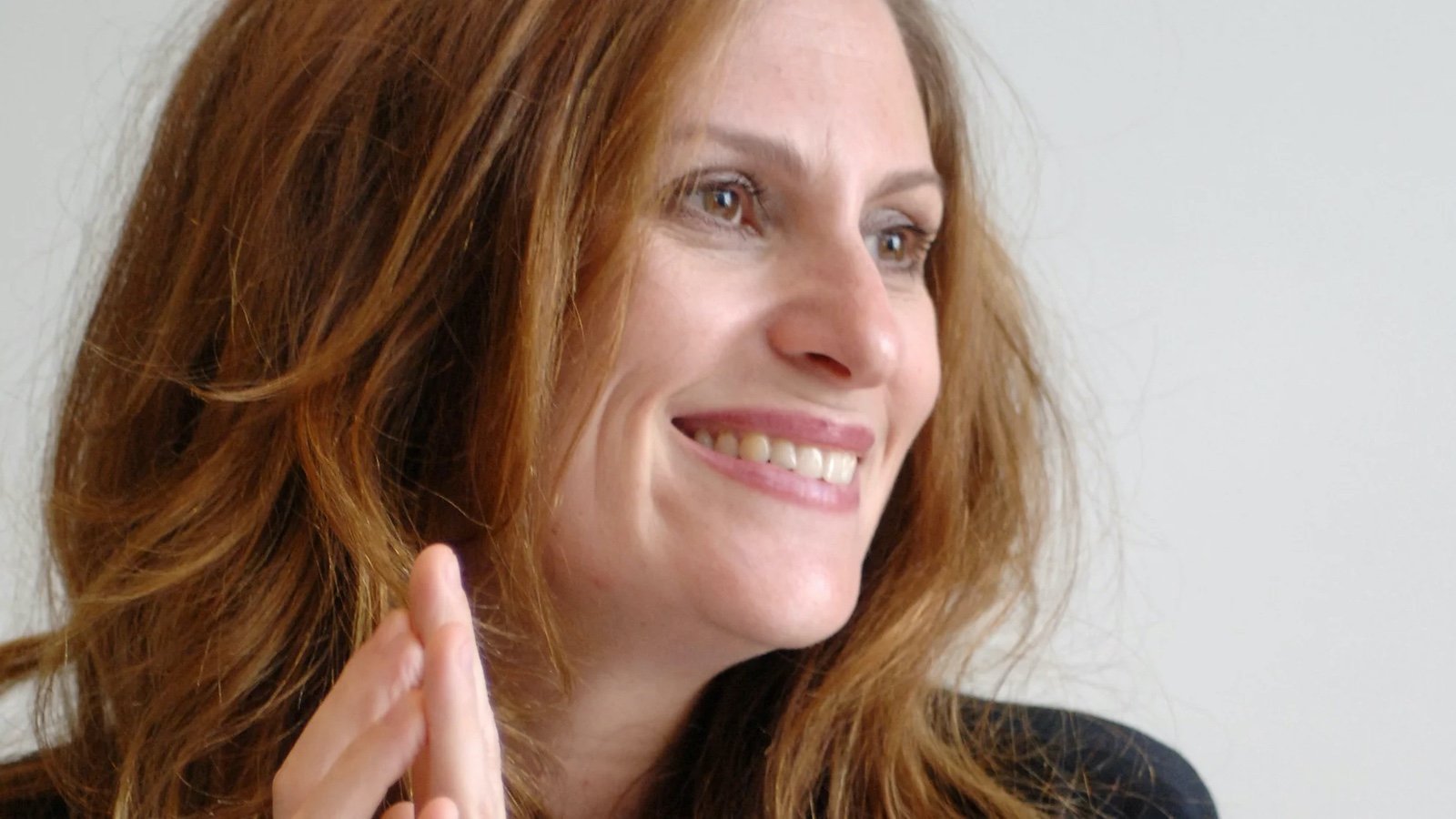 The film’s cinematographer, Mandy Walker, described her this way, “Liu Yifei is incredible. She did pretty much most of the stunt work herself — the horse riding, the sword fighting, the martial arts, the battle sequences, the stunts.”

“Yifei’s action is explosive,” said Director Niki Caro about Liu. “Our jaws dropped at her skill. An accomplished martial artist, she wields a sword, rides a horse, and sings. She’s the complete package. The only one who could play Mulan.” 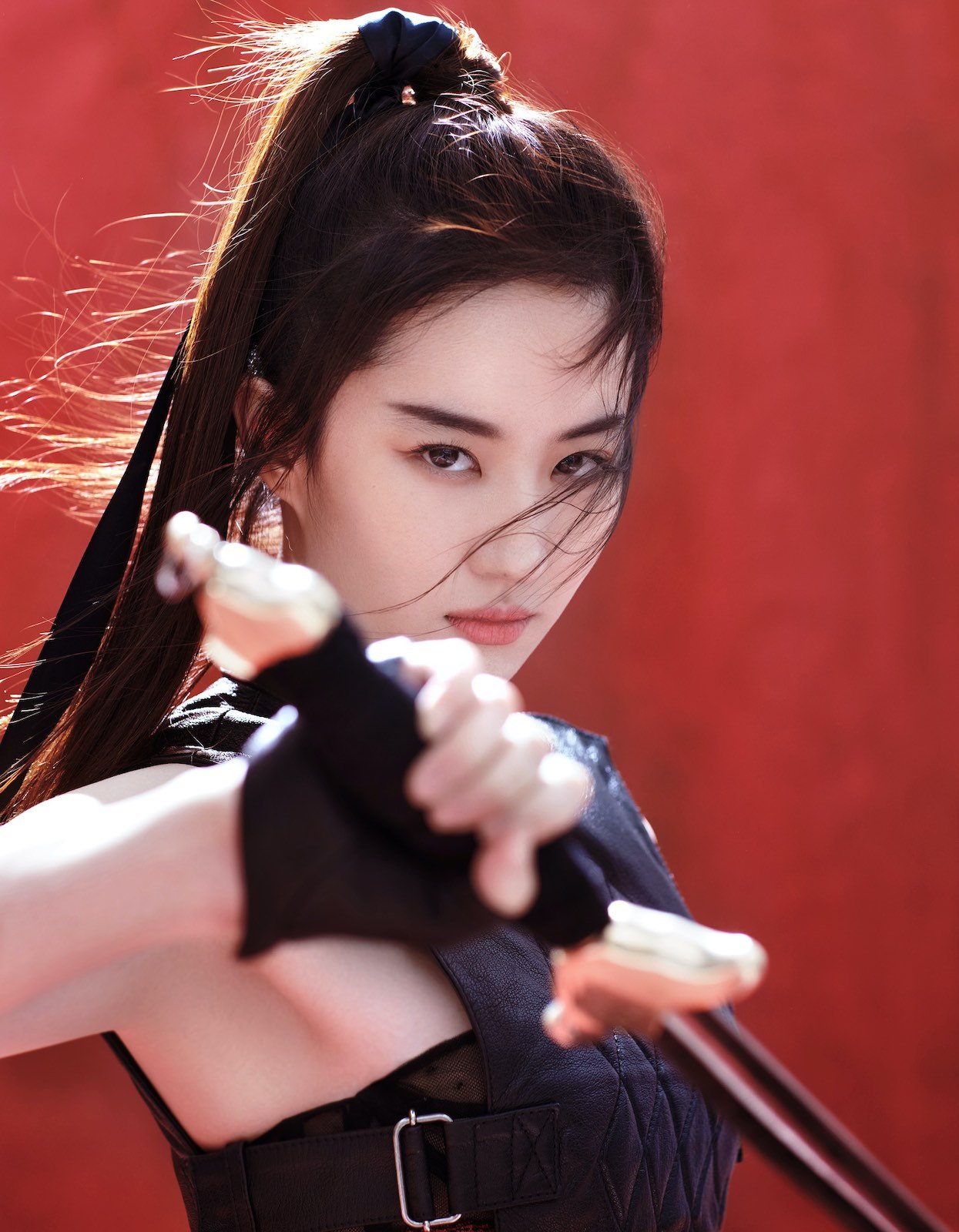 “It took great fortitude. I built up strength to play the character,” Liu said about preparing to play the role. “How fast can I move? Have I energy for those action sequences? We shot on location with a cast of thousands. With the passion to learn more and more, I’m thankful for my trainers.”

Liu’s talent was seemingly evident from day one. According to The Hollywood Reporter, she outshone 1,000 other hopefuls to land the highly coveted role of Hua Mulan in the big-budget film. 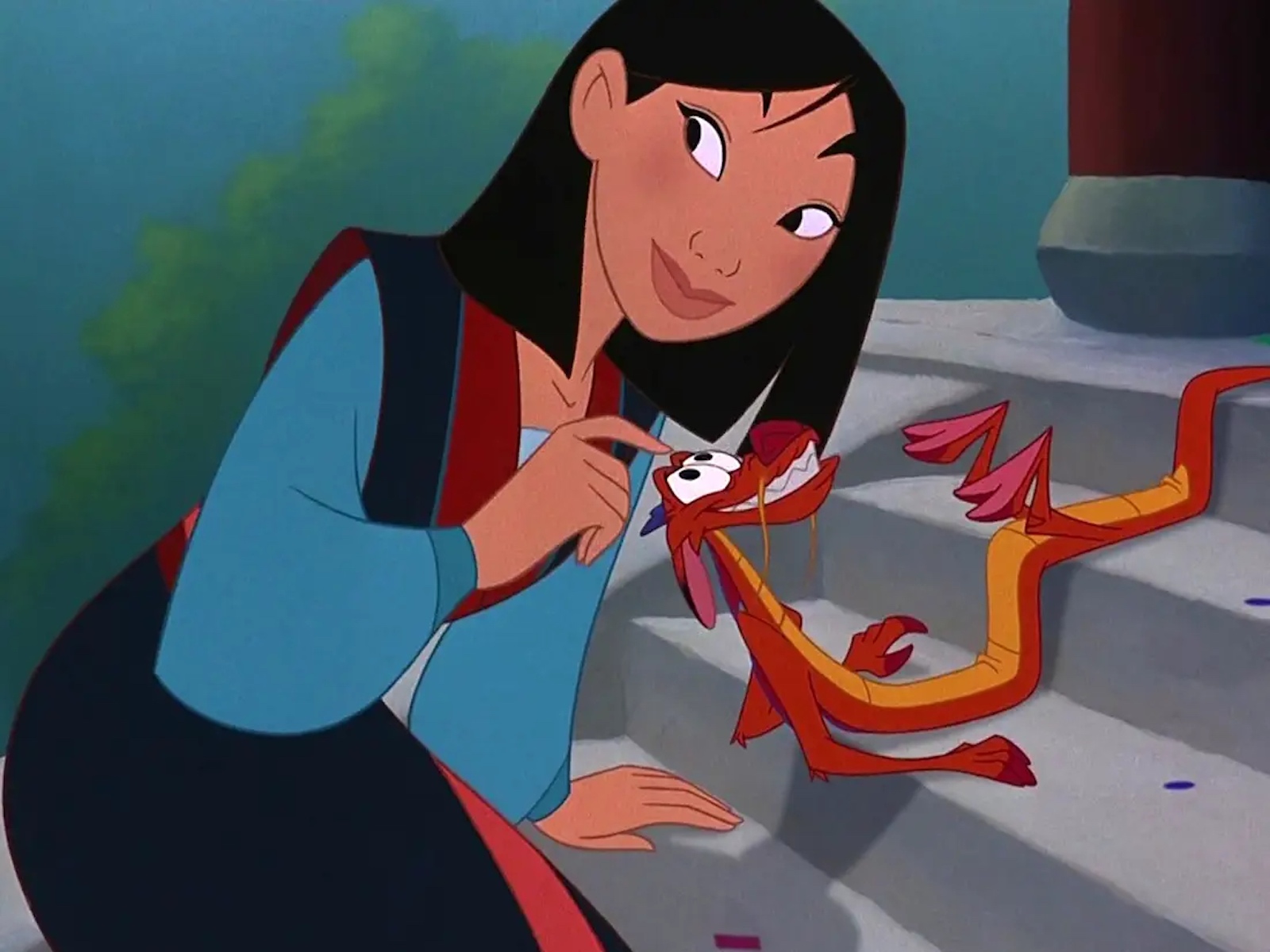 Liu Yifei was born in Wuhan, (yes, that Wuhan) Hubei province of China in August 1987. She began modeling at the age of eight and was trained in singing, dancing, and the piano. Moving to the United States at ten–years–old with her mother, Liu lived there for four years. She returned to China in June 2002 to pursue a modeling and acting career.

In September 2002, Liu was accepted into the Performance Institute of Beijing Film Academy at the tender age of fifteen. Her first television role was in The Story of a Noble Family. Shortly after, Liu was chosen to portray the role of Wang Yuyan in Demi-Gods and Semi-Devils, a drama based on the novel by acclaimed martial arts writer, Jinyong.

October 2003, marked Liu’s first appearance in the big screen collaboration with the Taiwanese rock band May Day, in the movie Love Of May. Her starring role in the 2004 drama series adaptation of the video game, The Legend of Sword and Fairy, sent Liu’s fame and popularity up another notch. 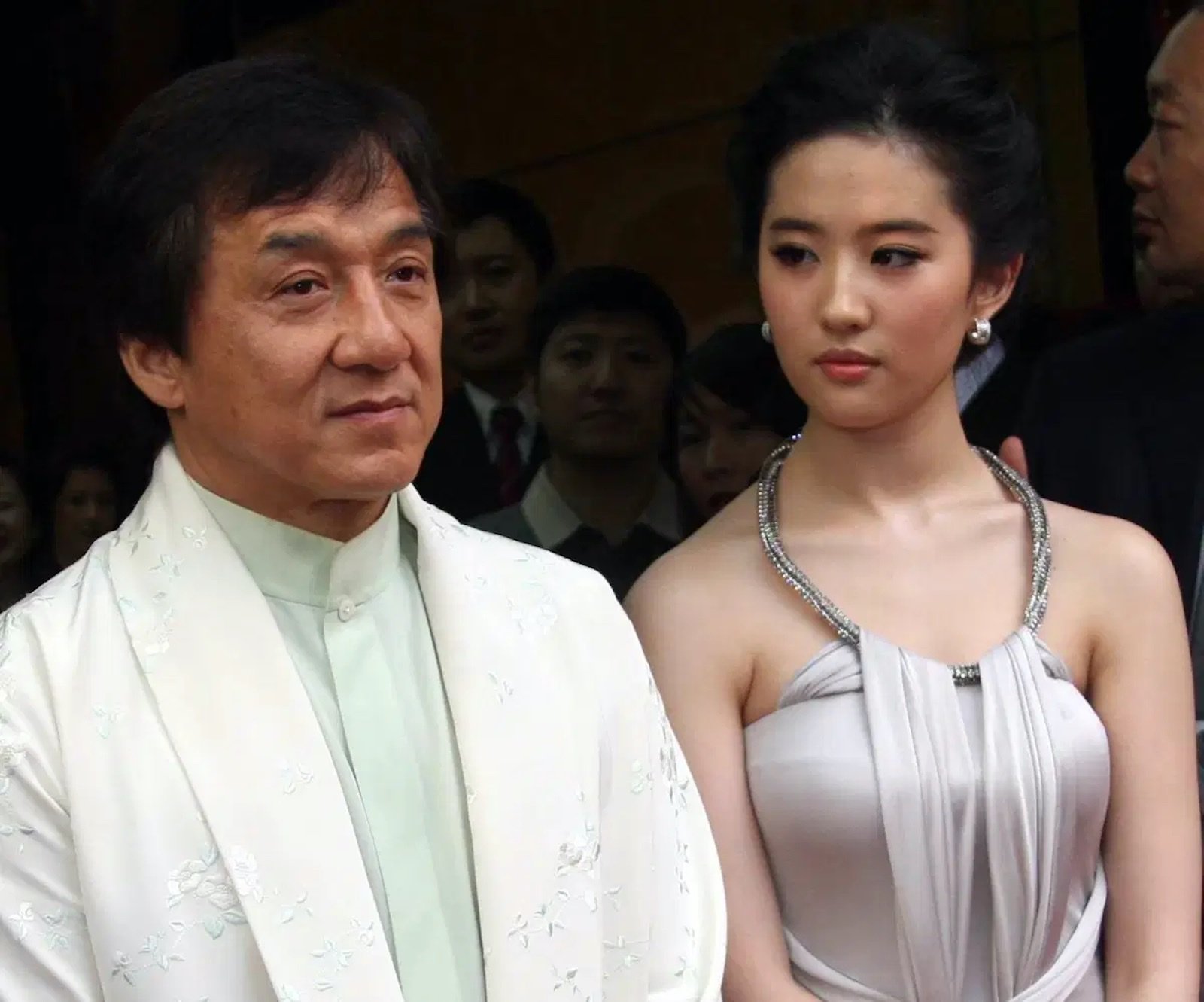 Liu made her first foray into her music career in August 2005 when she secured a recording contract with Sony Music Entertainment Japan. After taking up singing and dancing lessons for a year, her album “Liu Yifei” was released regionally in mainland China, Taiwan, Hong Kong, and throughout South–East Asia in August 2006.

The album featured a diverse music repertoire including rap and soft rock. In the same year, Liu also released her Japanese album in which the single, “The Gate of Late Night”, was chosen to be the theme for an animation series by Tokyo TV. With all this talent in one package, Liu is most assuredly a star on the rise.