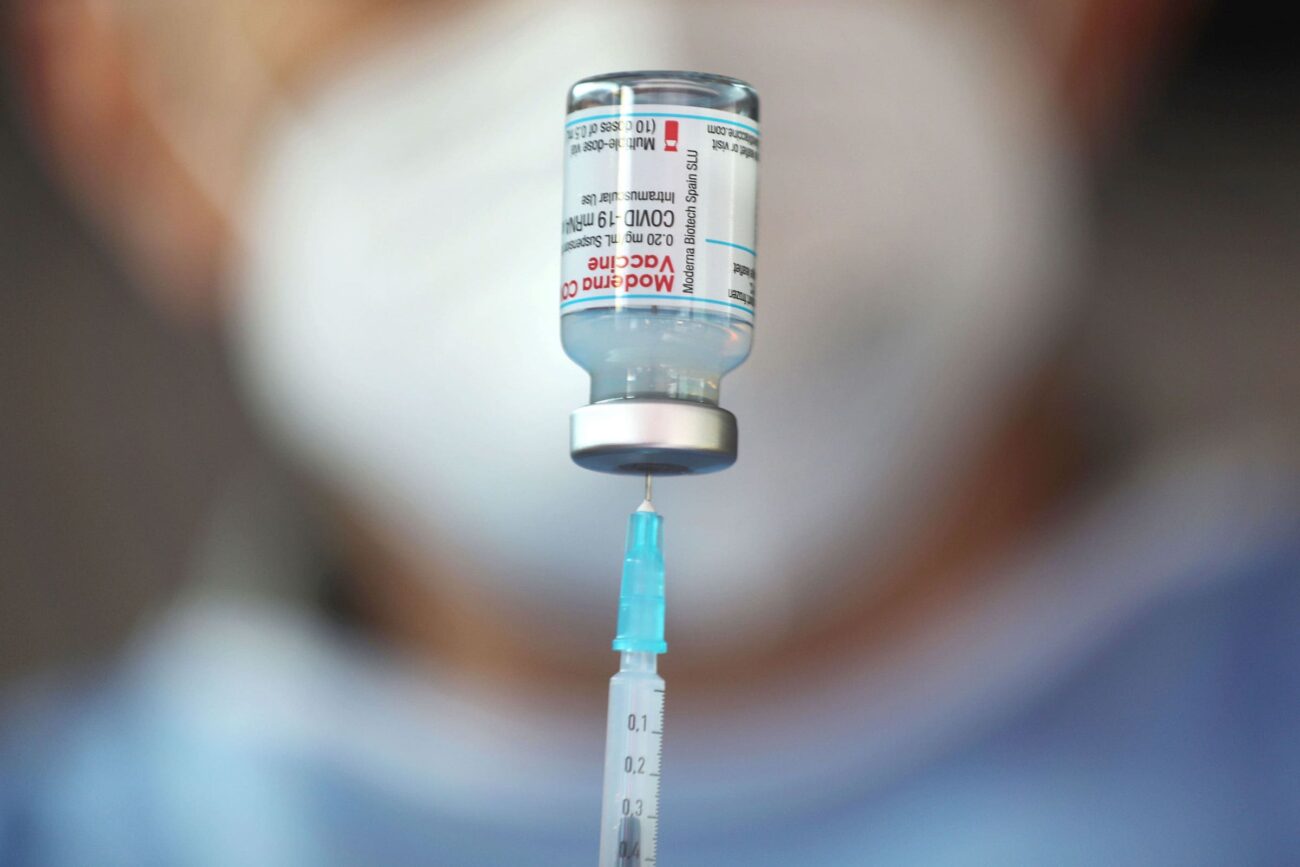 Japan has halted the use of a batch of Moderna COVID-19 vaccines after foreign material was found inside. In Kanagawa prefecture, a pharmacist discovered what looked like black particles in the vaccine vial. It has been reported that nearly 3,790 people have already received shots from the latest suspended batch of Moderna vaccines.

Not even a week prior, Japan suspended the use of nearly 1.63 million Moderna doses due to suspected contamination. The latest update also comes after two men have died after receiving the contaminated Moderna vaccine. Here are the details on what may have caused the contamination and how Japan is investigating the two deaths. 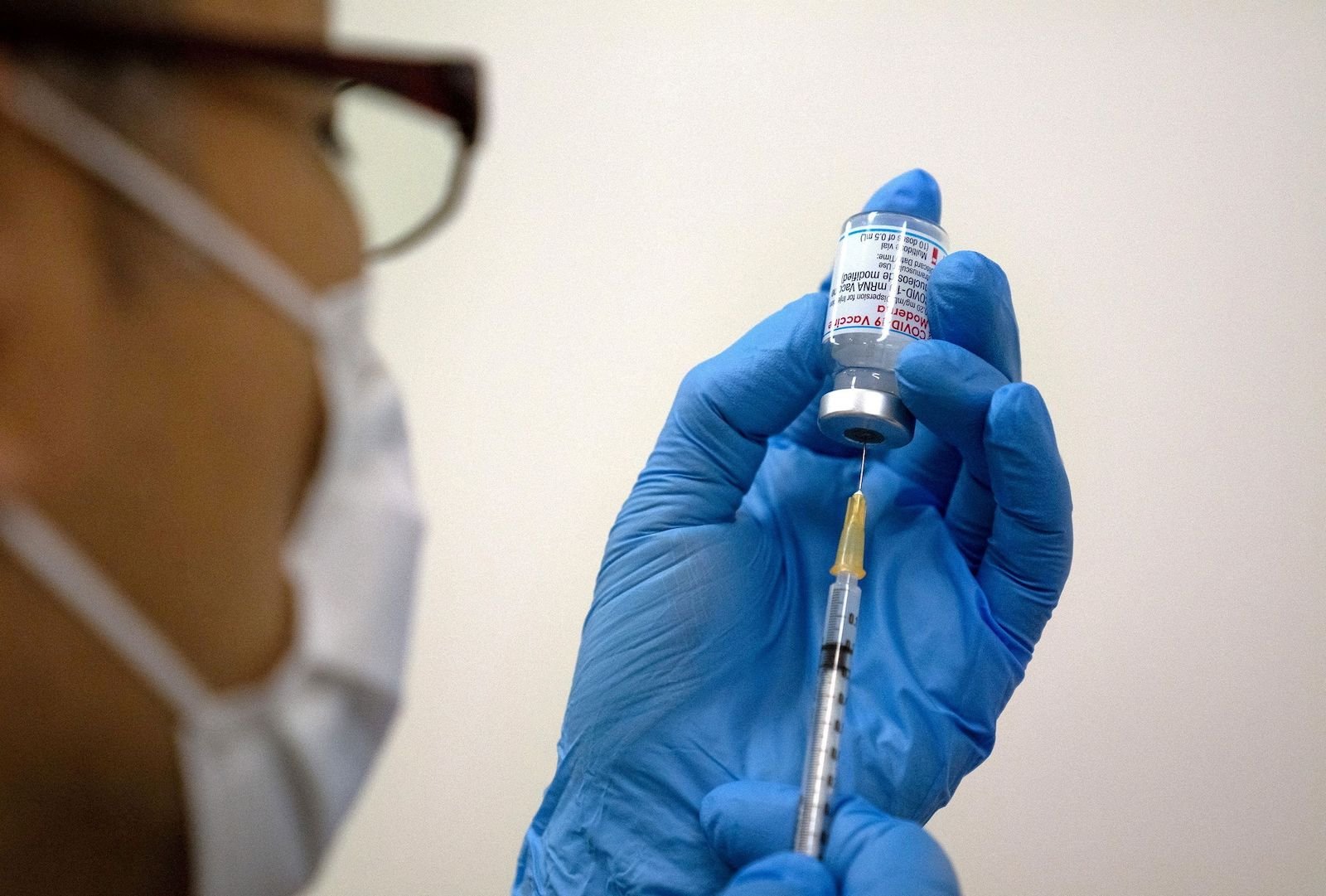 While the pharmacist was examining the Moderna vaccine, they discovered black particles in the vial. The suspected vial has been obtained by the domestic distributor for the Moderna batch for further examination. Currently, local media reports update that there is no evidence of any health threats caused by the possibly contaminated Moderna vaccine.

Last week, the seller & distributor of the vaccine in Japan, Takeda Pharmaceutical, had to suspend three batches of the Moderna vaccine after “foreign materials” were discovered in several doses within a batch of nearly 560,000 vials.

Rovi, the Spanish pharmaceutical firm that bottles the vaccine, has released a statement announcing that a manufacturing line in Spain may have caused the possible contamination. They have confirmed that an investigation is underway to reveal the cause of the corrupted vials. 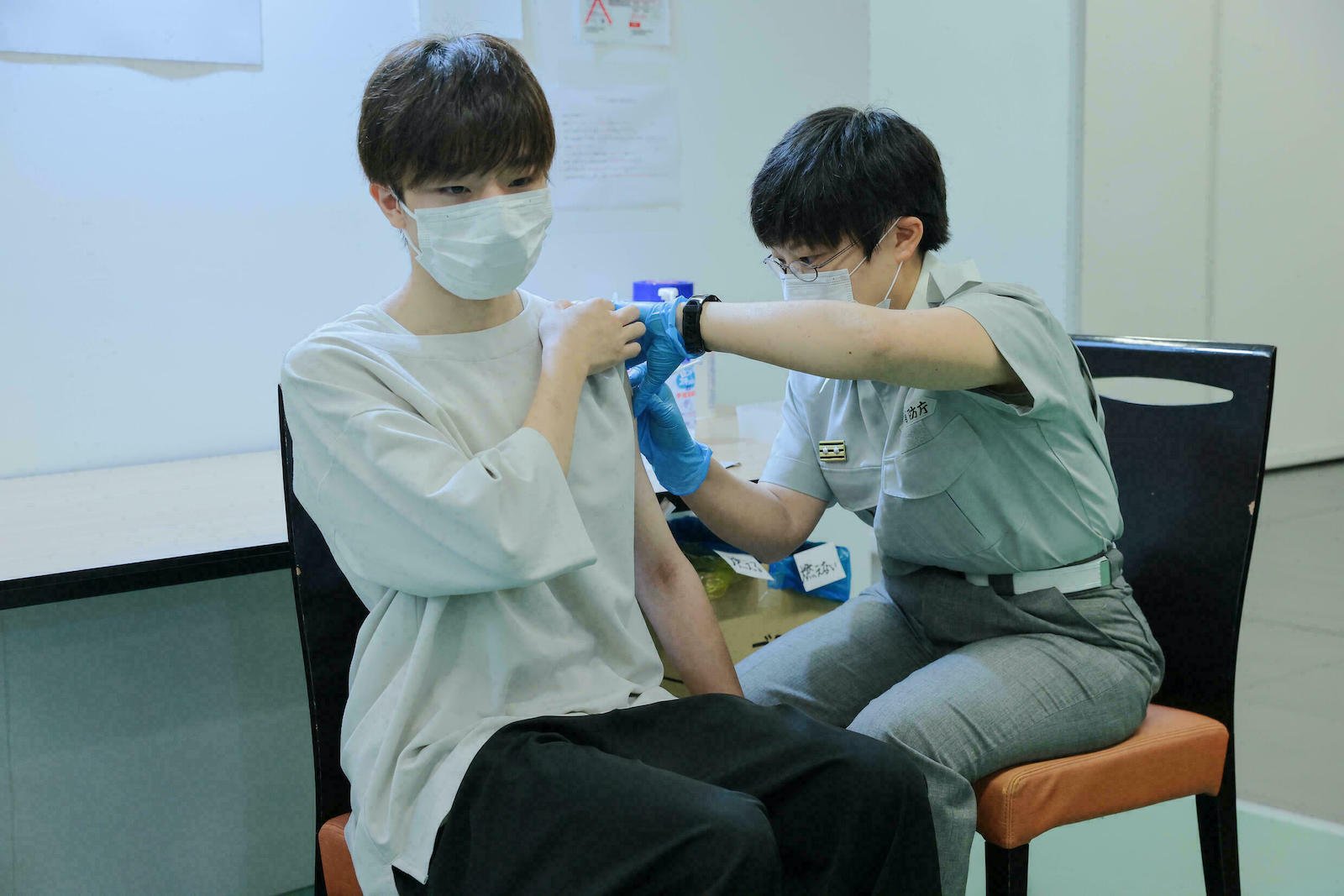 In the southern prefecture of Okinawa, foreign matter was also found in Moderna vaccine vials. However, on Tuesday, Japan’s health minister revealed an update that this occurrence was due to needles being incorrectly inserted into vials.

As Japan continues to fight a spike in COVID-19 cases, vaccination roll-out will be slowed more than before. The rise in cases continues as the country hosts the Paralympic Games. It’s been reported that only over 40% of Japanese people are fully vaccinated and nearly 50% have received one dose. 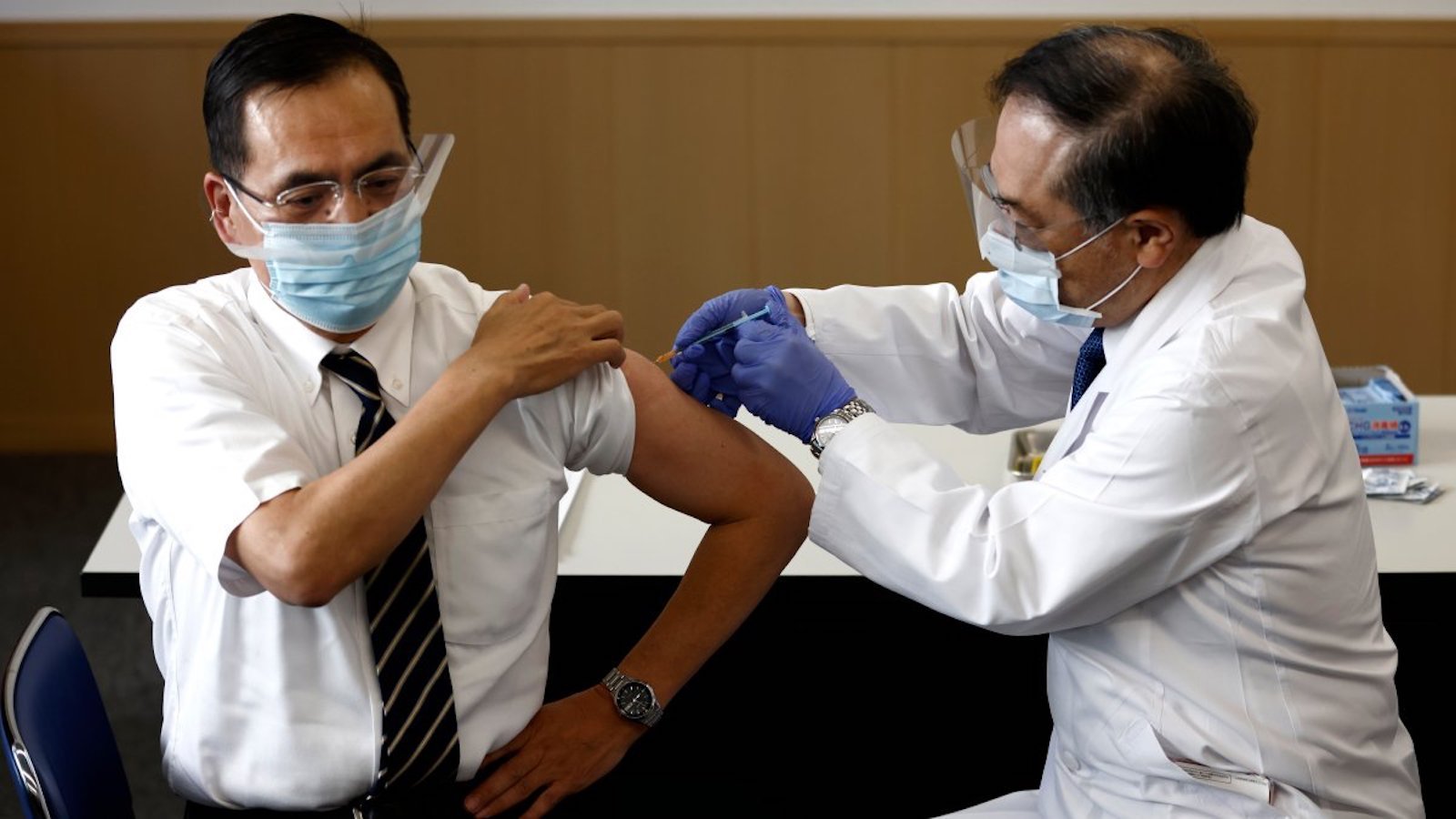 Japan investigates the death of two men after vaccine

Two Japanese men in their thirties have died after receiving Moderna doses from a batch that had been suspended by the Japanese government. Now, there are over 500,000 people who have received doses from a suspended batch of Moderna vaccines.

The two men were aged thirty & thirty-eight with no underlying health conditions, according to the Ministry of Health, Labor, and Welfare. In their statement on Saturday, it was also confirmed that the two men had no history of allergies including any which would interfere with the vaccine.

The foreign substance found in the suspended batch is thought to be tiny metal pieces. However, The Japan Times detailed that health experts have clarified that these minuscule pieces would likely not have caused any substantial health issues if injected into the body. 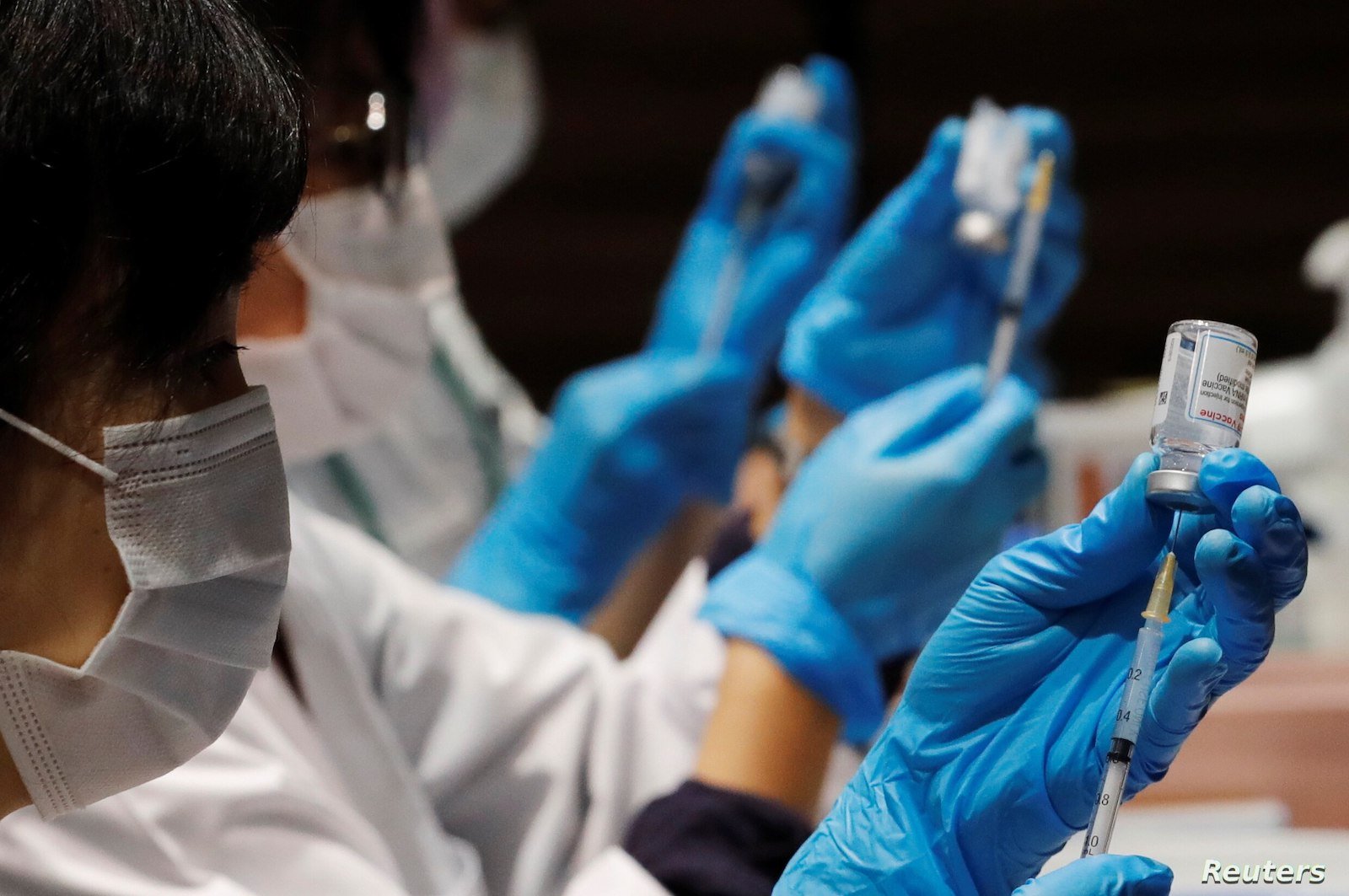 On Saturday, Moderna, Inc. & Takeda Pharmaceutical released a joint statement announcing that an investigation into the contamination is being “conducted with [the] greatest sense of urgency, transparency, and integrity and is of the highest priority”.

“At this time, we do not have any evidence that these deaths are caused by the Moderna COVID-19 vaccine, and it is important to conduct a formal investigation to determine whether there is any connection,” said the statement.

“We are aware of unofficial reports that have provided initial indication of the type of particle matter in the vials. These reports are inconclusive and it is important to rely on a formal investigation before determining the precise nature of the particle,” wrote Moderna in a statement to Insider.

The statement also added that the initial findings from the investigation will be shared with the public early next week. What do you think about the latest Moderna vaccine update? Let us know in the comments below.