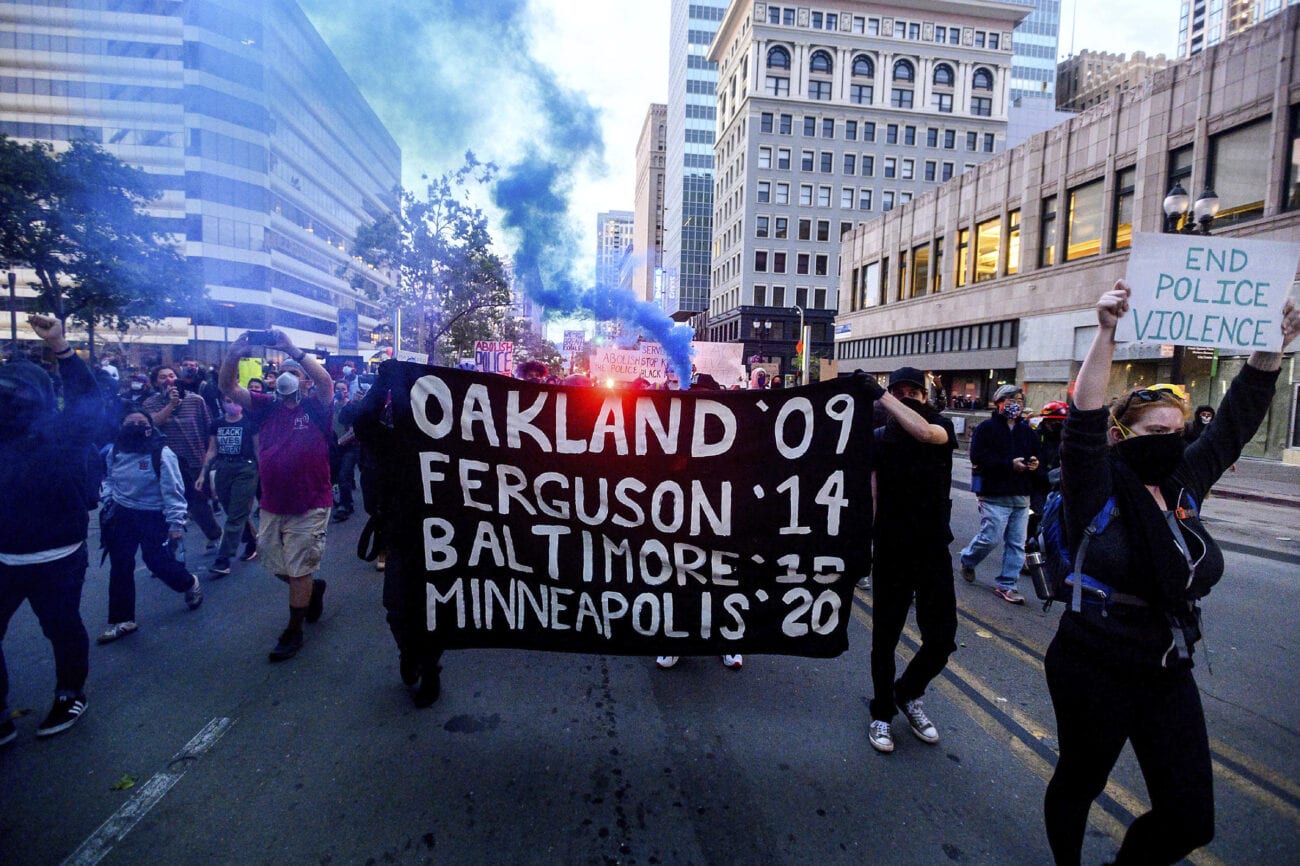 Minneapolis riots: Everything about the police brutality protests

It seemed like the craziest story of 2020 would be coronavirus. But of course, racism will still survive even the worst diseases, and came back to become the biggest story right now. The case of George Floyd is easily the biggest headline worldwide, as protests worldwide continue on in anger at his death.

Considering how crazy the news in America has been, it’s impressive they managed to one up themselves once again with this terrible case of police brutality. If you’re trying to understand exactly what happened, we’ll do our best to break it down.

Of course, especially in situations like these, there’s differing reports. News is still in development and we don’t know all the details yet. 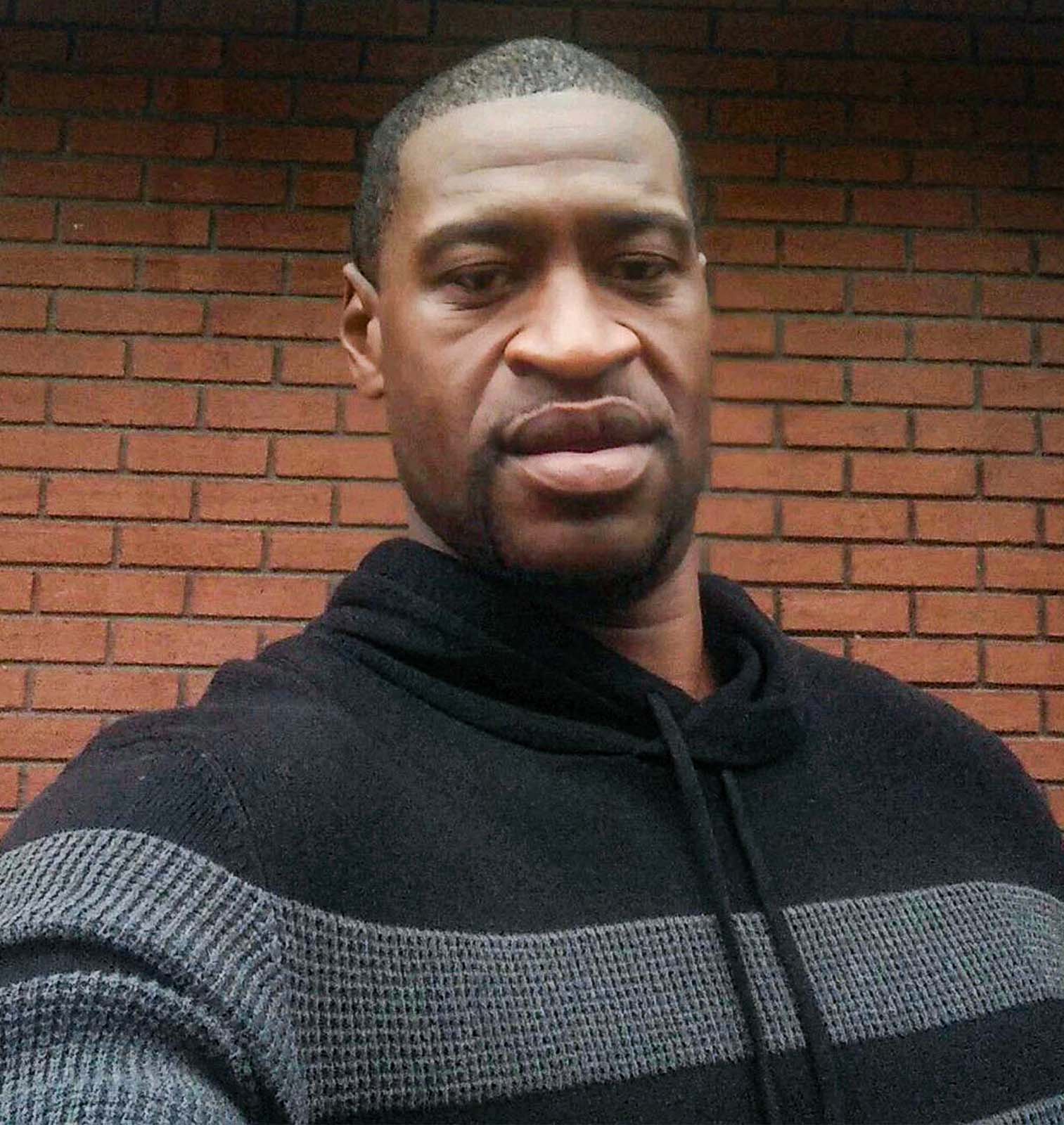 Probably the most factual part we witnessed was the brutal murder of George Floyd in the hands of the Minneapolis police. While it’s not clear what exactly Floyd was trying to do that was fraud, police were called by the store on Floyd due to some form of fraudulent payment. Once arrived, Floyd was handcuffed and was escorted, but continued to fall.

At that point, Floyd was held to the ground, with Officer Alexander Kueng holding Floyd’s back down, Officer Thomas Lane holding Floyd’s legs, and Officer Derek Chauvin pressing his knee into Floyd’s neck. A crowd began to gather, and a bystander began videotaping the encounter after Chauvin stuck his knee on Floyd’s neck.

You’ve most likely seen what happened next. For nearly nine minutes, Chauvin ignored Floyd’s cries for air and the crowd claimed that they’re killing Floyd. Even after Floyd loses consciousness, Chauvin doesn’t remove his knee until paramedics arrive to take Floyd away. No surprise to anyone who watched the video, Floyd ended up passing away. 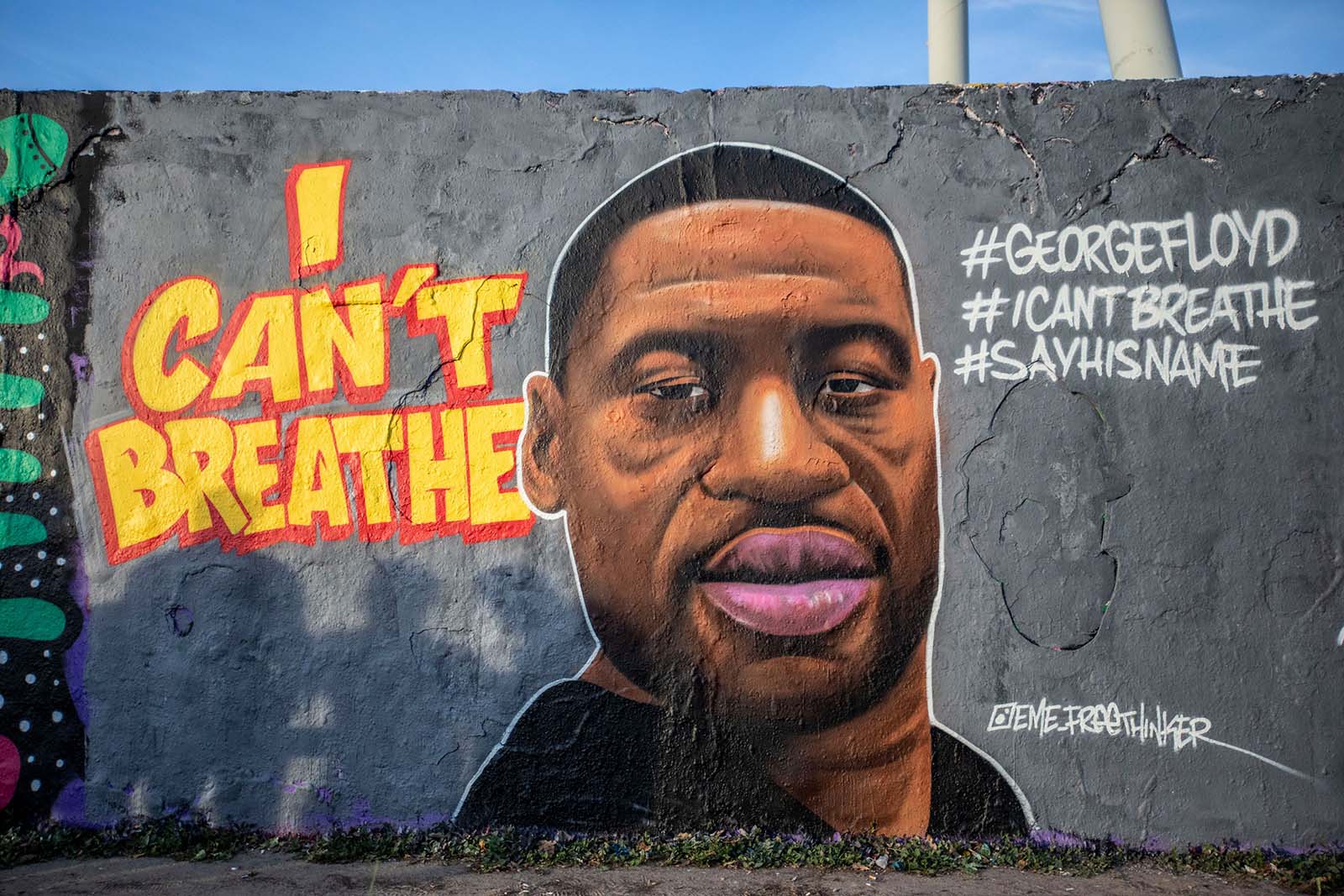 Within 24 hours, all four officers identified in the video were put on leave and then fired from the police department in response to the case. But just as quickly as the Minneapolis police responded to the case, so did the media digging into the background of Officer Chauvin.

With 18 complaints on his record, Chauvin was also involved in three police shootings, one that turned fatal for the suspect. Yet only two of these complaints received response from the police department, and they were only letters of reprimand. On top of that, Chauvin and Floyd worked at the same club as security, though the owner isn’t sure if they knew each other. 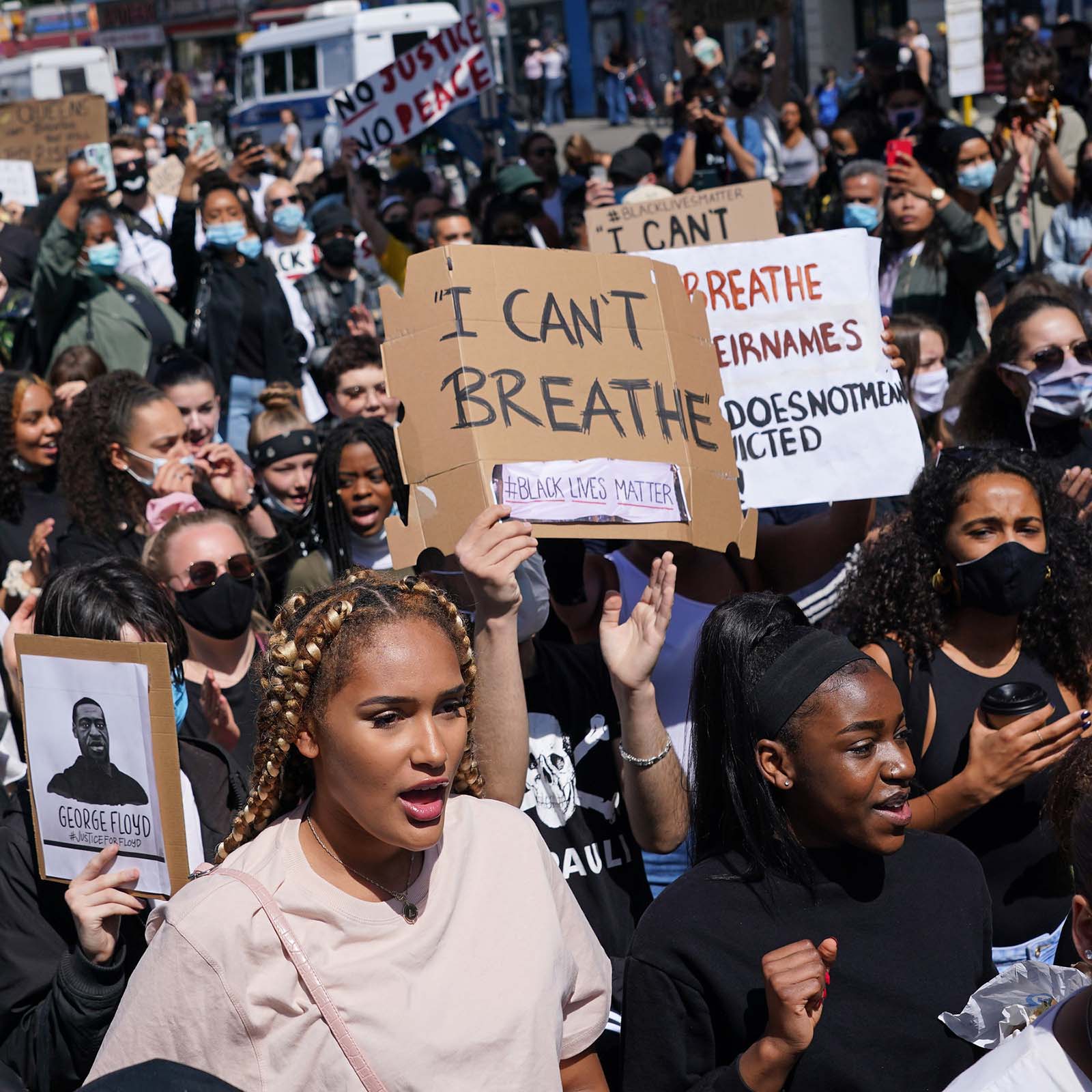 Until May 29th, no talks came of Chauvin being arrested for murder, so people were outraged. Based on the evidence at hand, it was clear that there was malicious intent in Chauvin’s actions, whether or not he intended to kill Floyd. So, protests began in Minneapolis to fight for Chauvin’s arrest.

Initially starting as a memorial for Floyd at the place of his death, the protest grew to include hundreds of thousands of people. Holding signs and marching to the 3rd precinct of the Minneapolis Police Department, the crowds filled the streets. The protests intentions were peaceful, but a small group decided to vandalize the precinct.

In response, police brought out riot gear, tear gas, smoke bombs, rubber bullets, and flash grenades. While the city began to riot, much of the looting was to try and assist those protesting. The Target that was looted in Minneapolis was because that particular Target gave money to the precinct, and then would not let protesters shop at the store to get milk for tear gas. 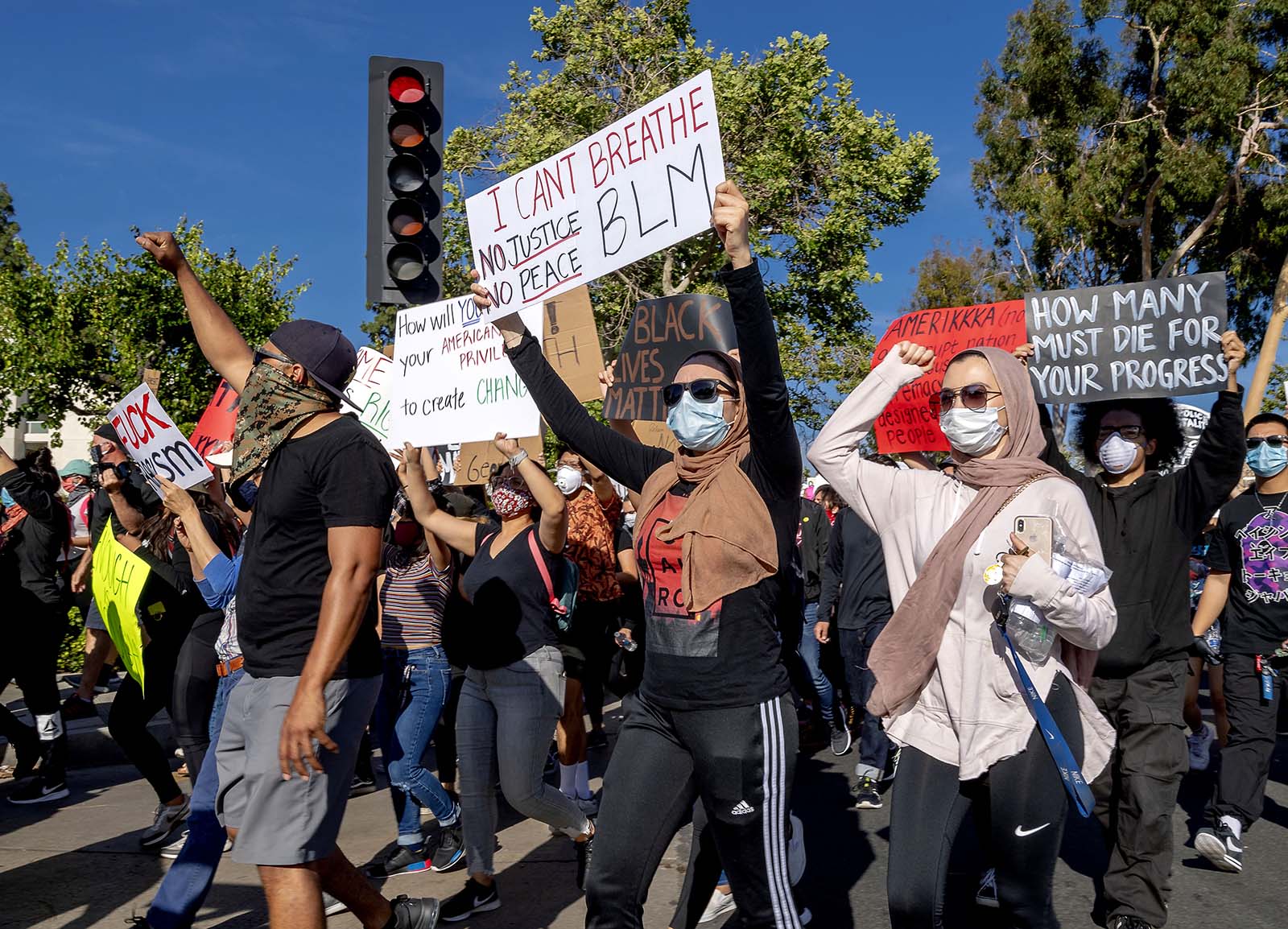 The protests continue with minor success

As the city of Minneapolis put in place a curfew and brought in hundreds of National Guard reinforcements, the riots and protests continued. Plus, many cities nationwide organized their own protests in honor of Floyd, including protests in NYC, LA, Boston, DC, and Houston.

But it’s clear the protests were working. One of the biggest protests was in Windermere, Fl, outside the summer home of Chauvin. Chauvin has left Minneapolis after the event and tried to hide in Florida, but protesters caught on and made it clear he was in Florida. So when his arrest warrant was finally put out, it was easy to catch him. 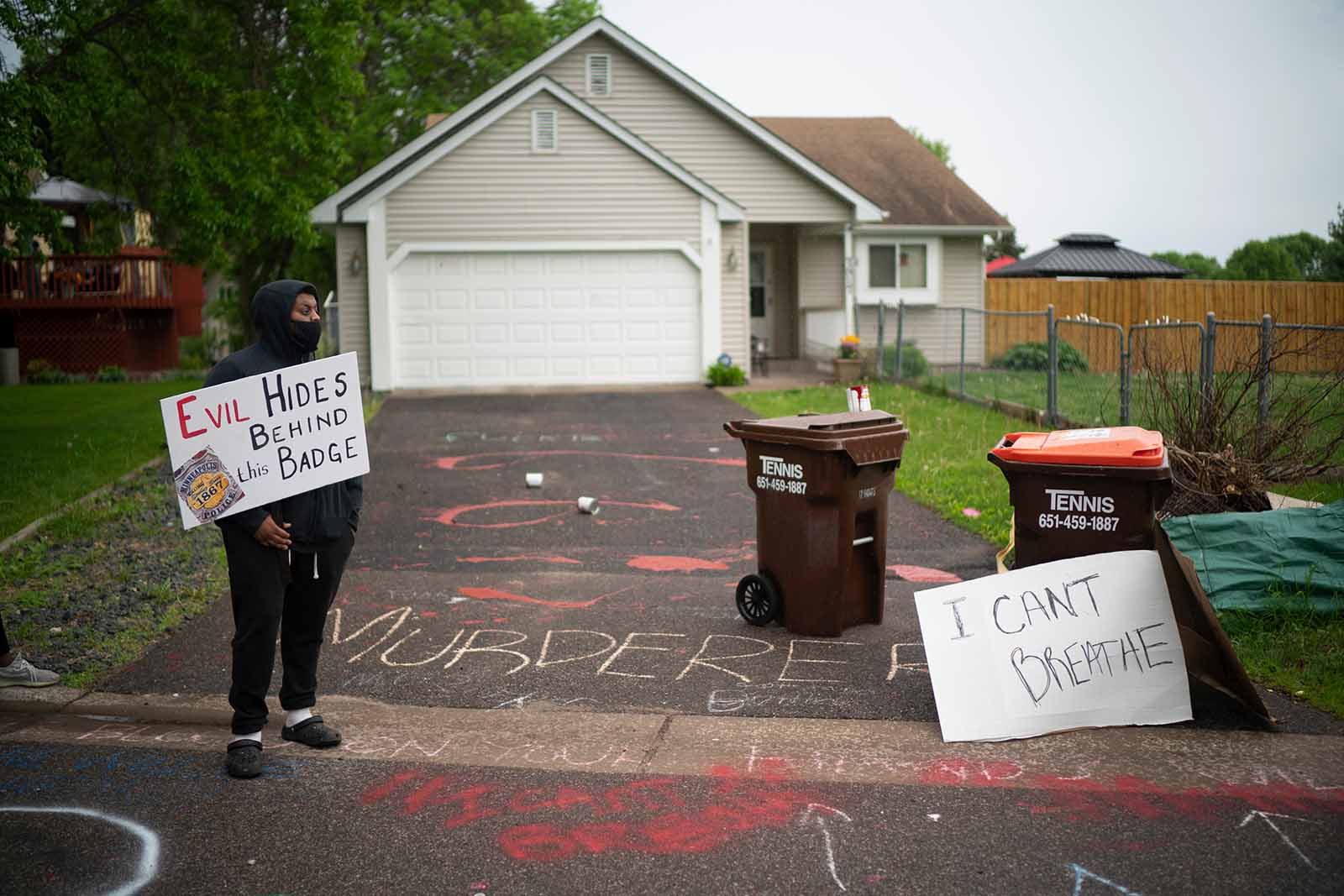 Chauvin was arrested on May 29th, four days after the incident. Charged with third-degree murder and second-degree manslaughter, Chauvin is currently in police custody. Specifically, he was charged with third degree because in Minnesota, it means depraved-mind murder. They believe while his intention was to harm, it wasn’t to kill.

While some are satisfied by Chauvin being in police custody, others question why they are only doing third-degree and not first-degree. Plus, the other three officers have not been charged even though they all had the ability to not let the incident get this far. For not, the protests continue. 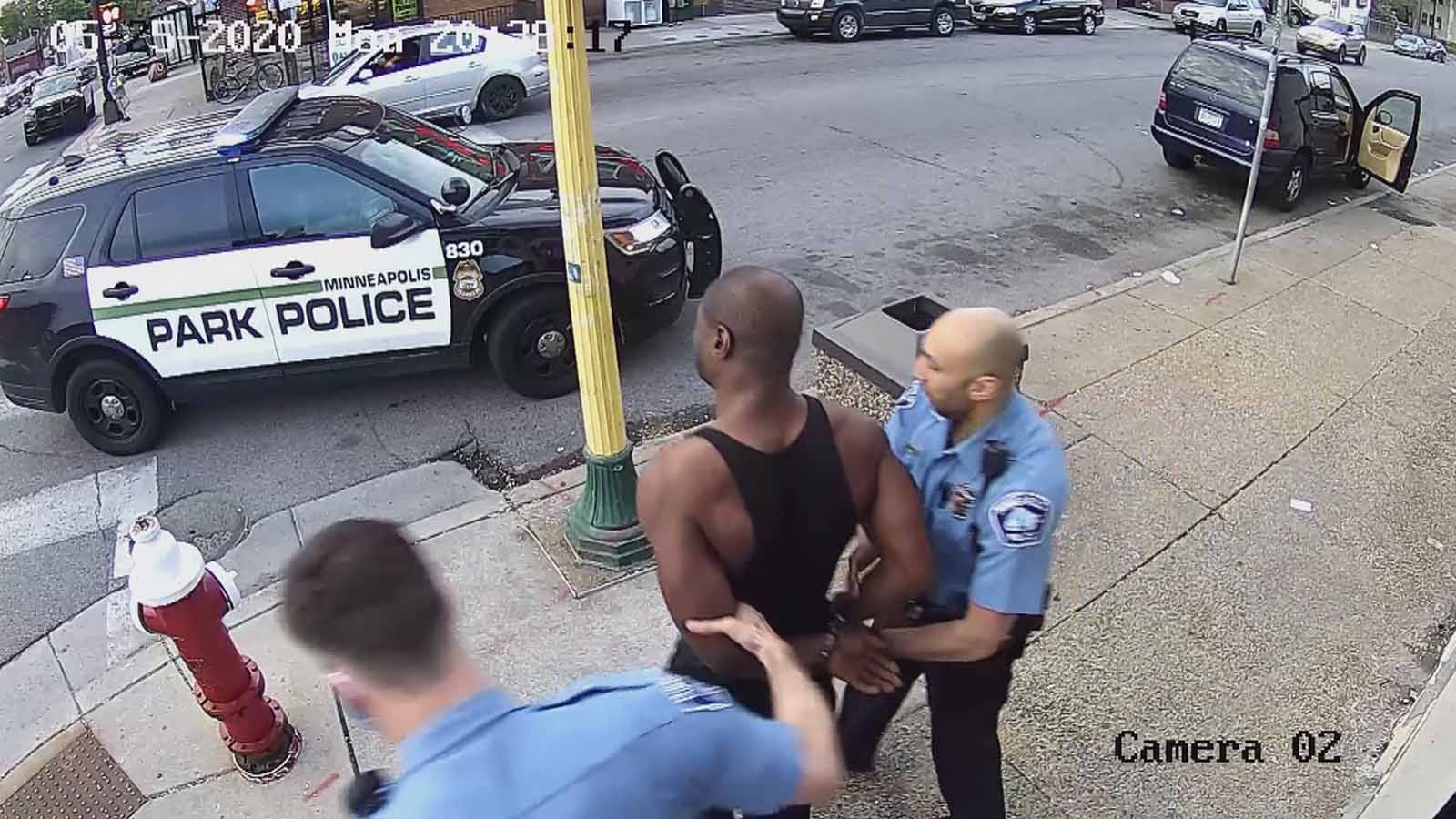 But when the autopsy of Floyd was released, it became clear that this is not going to be an easy case. The official cause of death according to the Hennepin County Medical Examiner is not asphyxiation, but because he had underlying health conditions and possibly intoxicants in his system at the time he was being restrained.

The examiner argued that he had coronary artery disease and hypertensive heart disease, so combined with the stress of being detained, that’s what killed George Floyd. Naturally, no one believes this, so the family of Floyd requested their own independent autopsy to be performed, specifically by Dr. Michael Baden, who also did Eric Garner’s second autopsy.

Dr. Baden’s autopsy turned out to show Floyd’s death by “asphyxiation from sustained pressure”. Shortly after, the medical examiner released their official report that had his death listed as “cardiopulmonary arrest complicating law enforcement sub-dual, restraint, and neck compression”. Still, no note of dying from being unable to breathe. 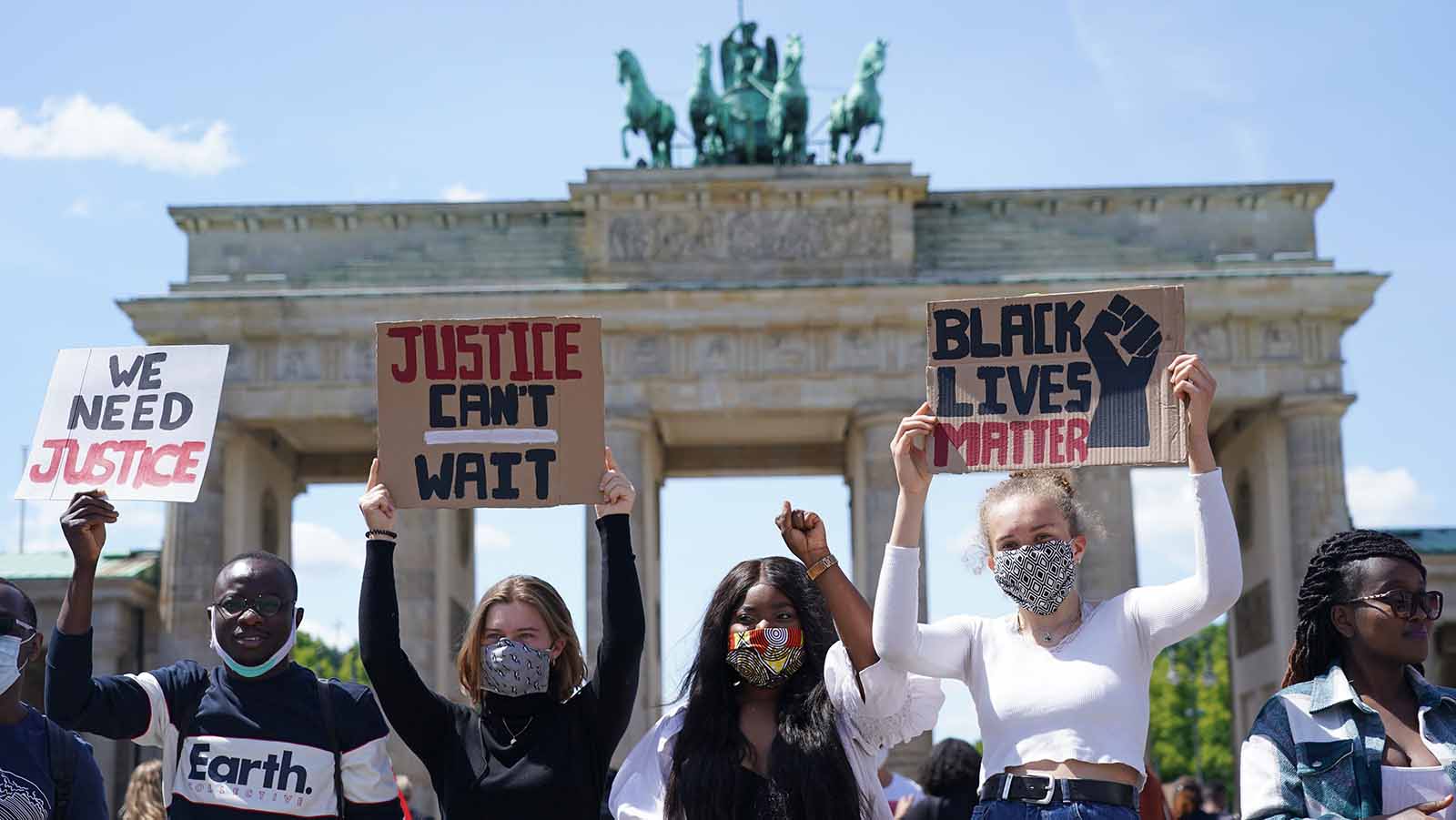 Still outraged by the incident, protests around the nation grew into riots in multiple cities, including Atlanta, Indianapolis, Grand Rapids, and LA. More videos have been released showing these riots started by people who weren’t part of the protests, and just wanted to cause chaos for the sake of causing chaos. 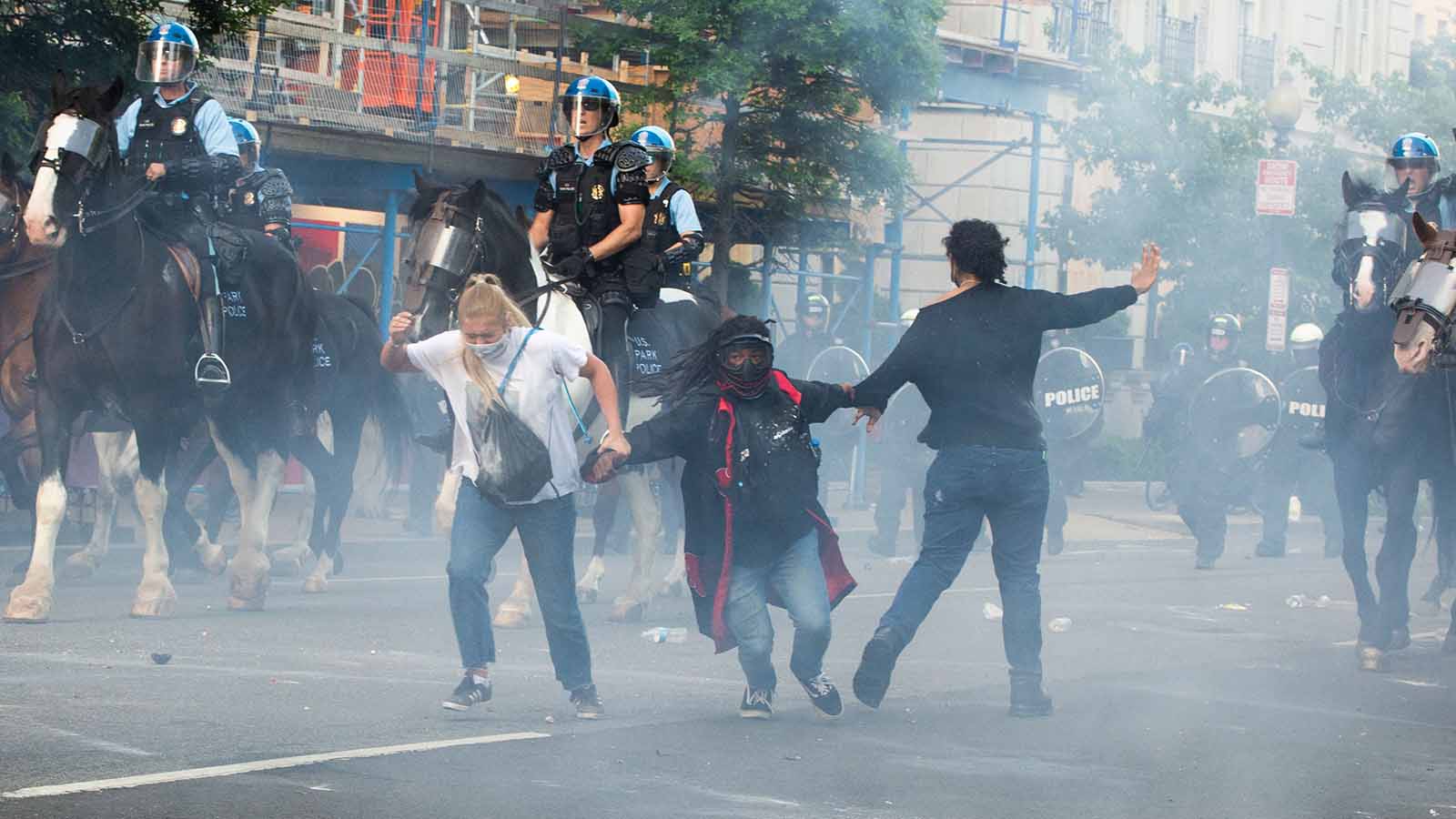 The use of force by police comes into question

Throughout the protests nationwide, police have had different responses depending on the city. Videos have surfaced of NYPD police vehicles driving into a crowd of protesters, people losing their eye after getting hit with poorly thrown tear gas canisters and rubber bullets, and people who aren’t involved in the protests being attacked by police on accident.

With this, people have questioned whether or not the use of force police are using is legal or not. Of course, tear gas was banned during war, not for police use, especially when there’s riots occurring. While questionable, it is legal. On top of that, protesting against an unjust government, while written in the Declaration of Independence, is not a given right to the people.

It’s a complicated grey area that has yet to be clarified. On one hand, attacking innocent, non-violent bystanders is never okay. On the other hand, if people are destroying property and attacking police, they have a right to subdue those who are breaking the law. But isn’t that the whole point of why people are protesting in the first place? 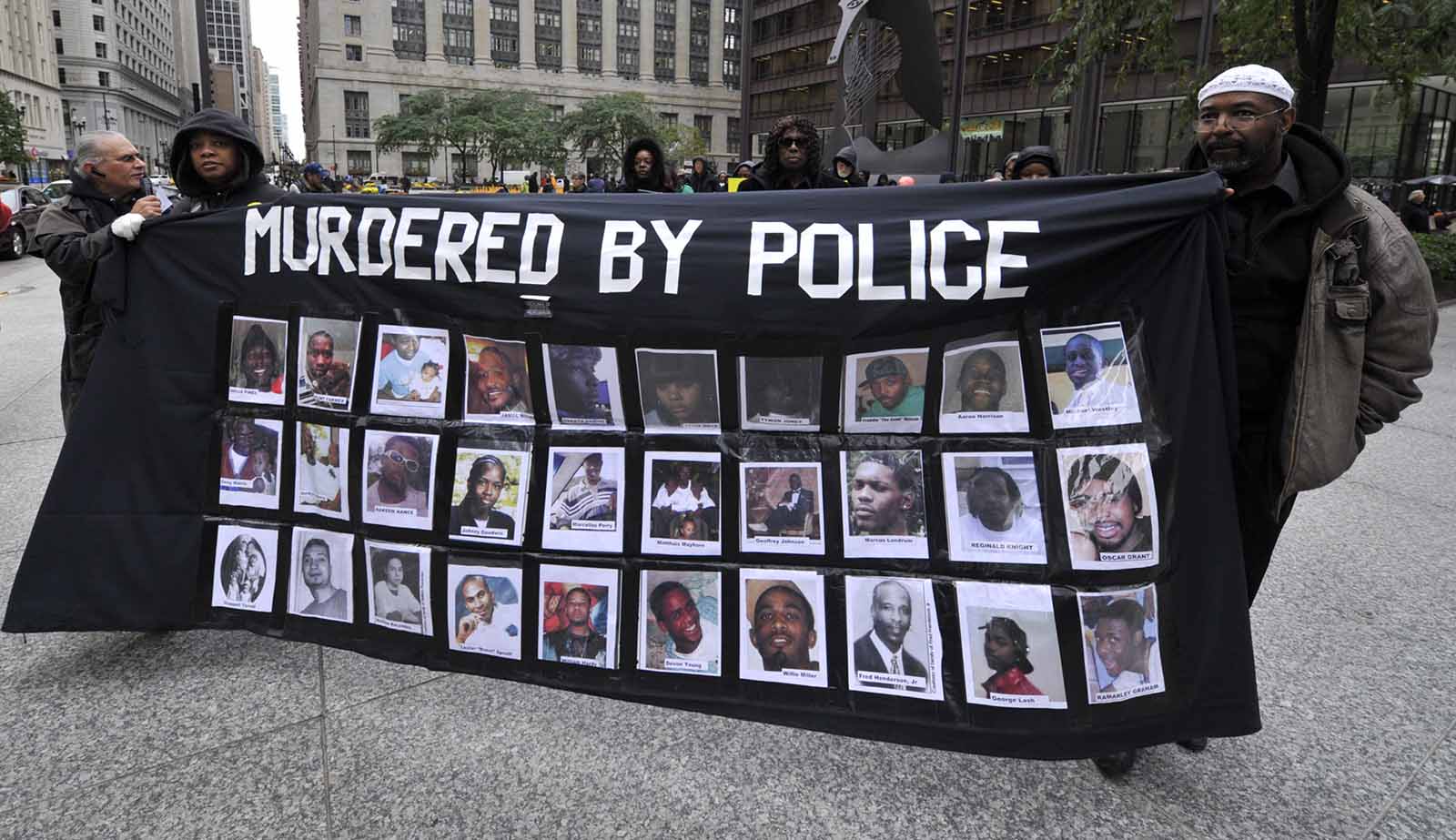 Far from the first case of police brutality

Maybe George Floyd will be the case to change the script on police brutality. Maybe this is just another incident that we’re going to have to continue to see. But no matter what happens, do not forget their names.