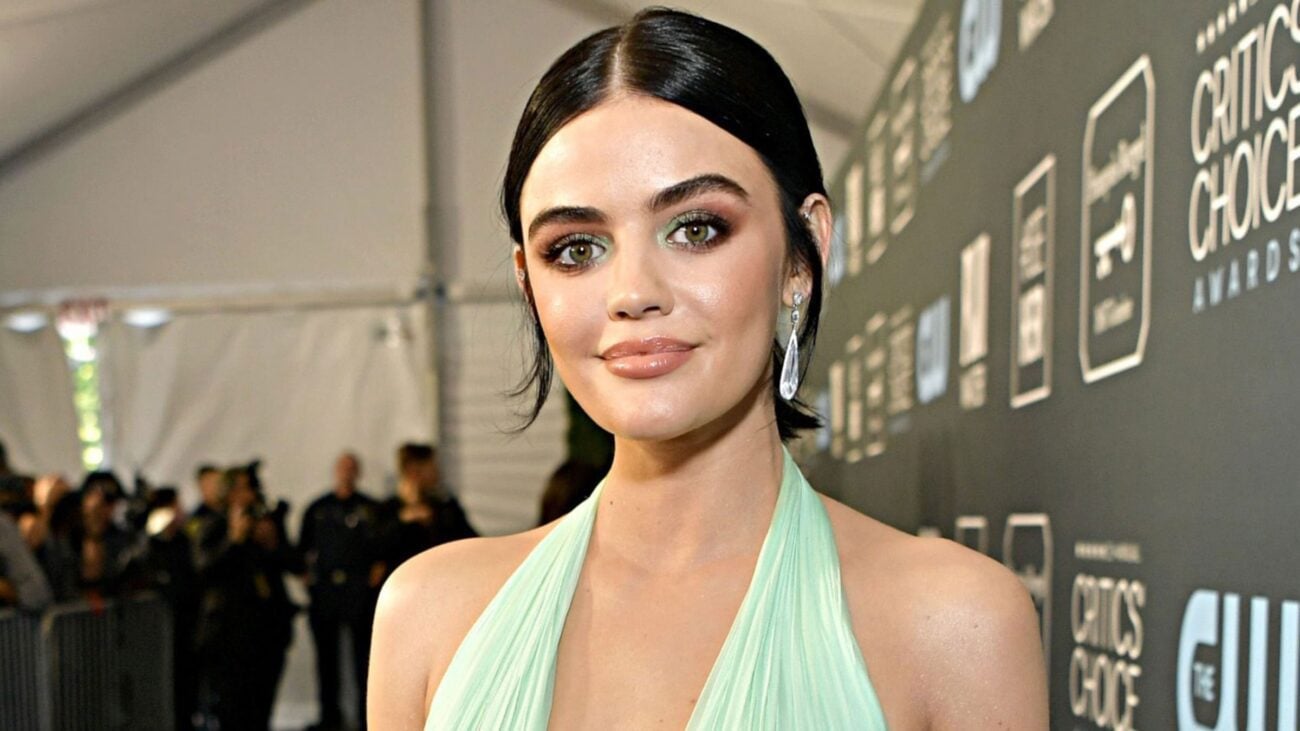 If you have the theme song stuck in your head, this article is already for you. And while “gotta secret, can you keep it” plays over and over again in our brains for the rest of the night, apparently, Lucy Hale can’t “keep a secret” about how her time on Pretty Little Liars affected her.

Lucy Hale had a seven-year tenure playing Aria Montgomery on the hit ABC Family, then Freeform show Pretty Little Liars. However, she recently spilled some tea to People about her time on the show. Spoiler alert: it wasn’t great.

So what juicy tidbits did Lucy Hale reveal about her time on Pretty Little Liars? Let’s take a trip back to Rosewood, Pennsylvania and see what we can unearth about Hale’s statements. 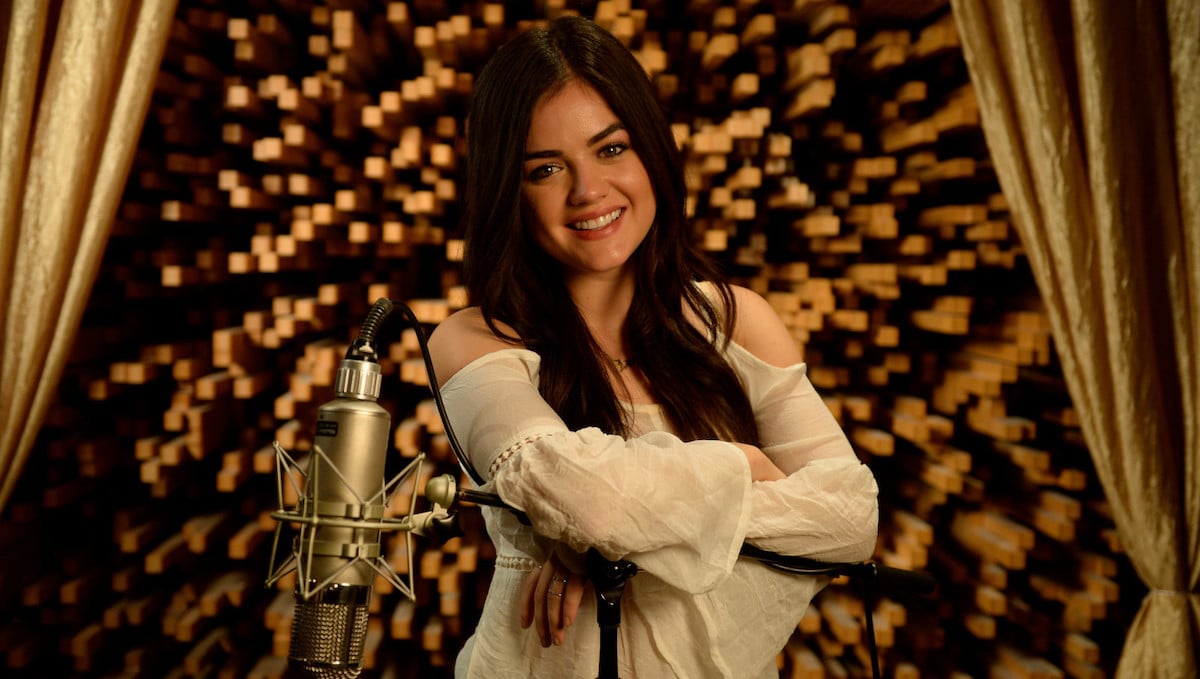 Lucy Hale’s character, Aria Montgomery, is best remembered as the daughter of Ella Montgomery, played by Charmed veteran Holly Marie Combs, the leader of the pack, and the one who was in a steamy – looking back, wtf was ABC Family thinking –  relationship with her teacher.

Not surprising. Pretty Little Liars was the number one show for women ages fifteen through thirty-four when it aired. Plus, if you remember anything about 2010, you’ll remember a lot of the coverage of Pretty Little Liars, and its stars like Lucy Hale, centered around fashion. It also won a bunch of Teen Choice Awards, with Hale snagging the Choice Summer TV Star: Female Award after season 1 hit the airwaves. 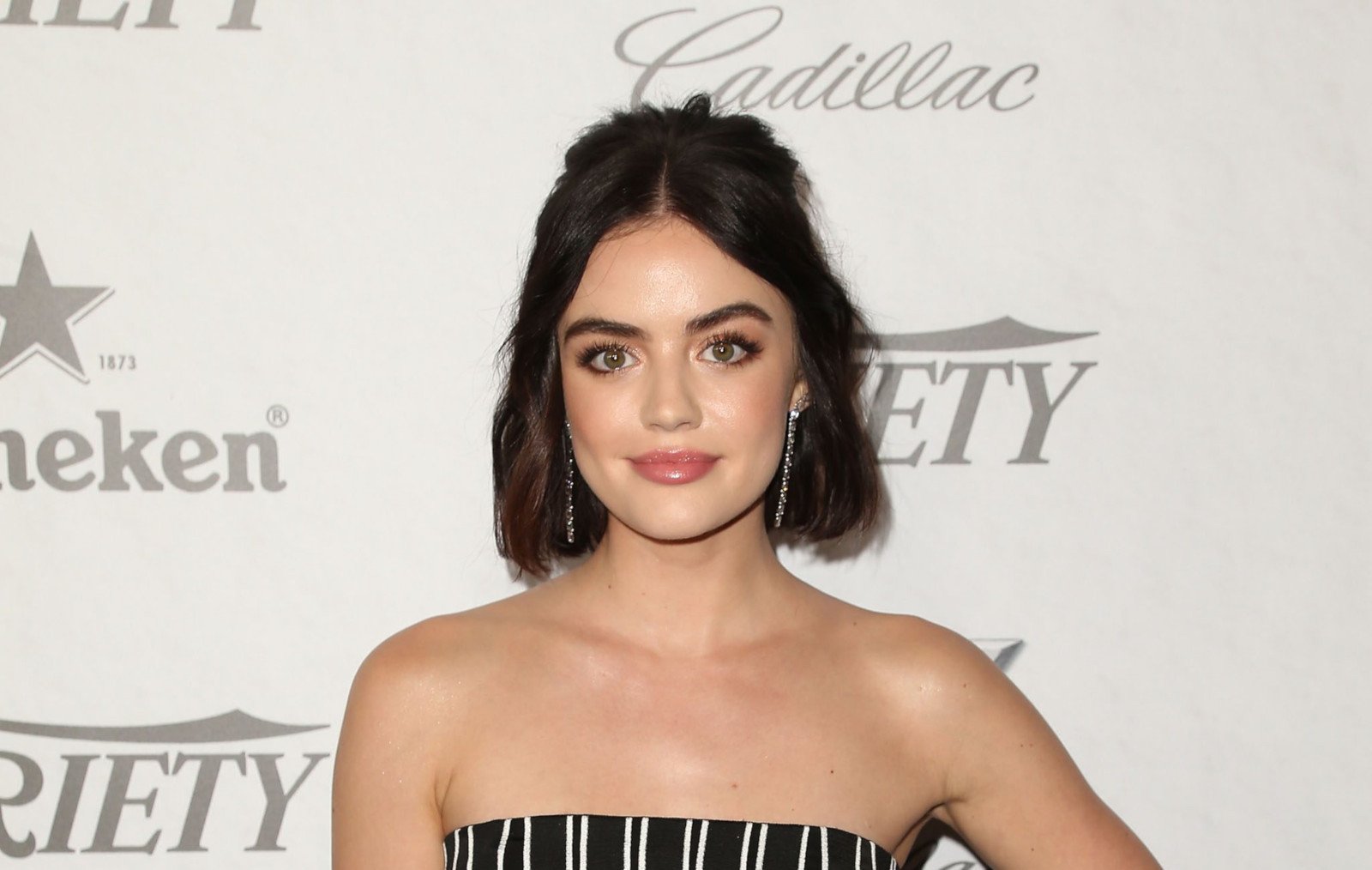 Seven years later, Pretty Little Liars came to an end. Per an interview with People, Lucy Hale didn’t know what to do with herself after the show came to a close.

“The show changed our lives overnight. We were so young, so busy and overworked. But you’re up on this mountain, and you’re like, ‘Everything is so great! People love us!’” Hale confided.

Then . . . the love died. Lucy Hale confided that after her tenure on Pretty Little Liars was over, she had an identity crisis. “After the show ended, it was a dark time in my life. It made me realize, ‘Oh God, I actually don’t know what I like about myself’.” Meaning, the show had absorbed her 20s so much, she had no idea who she was outside of her job. 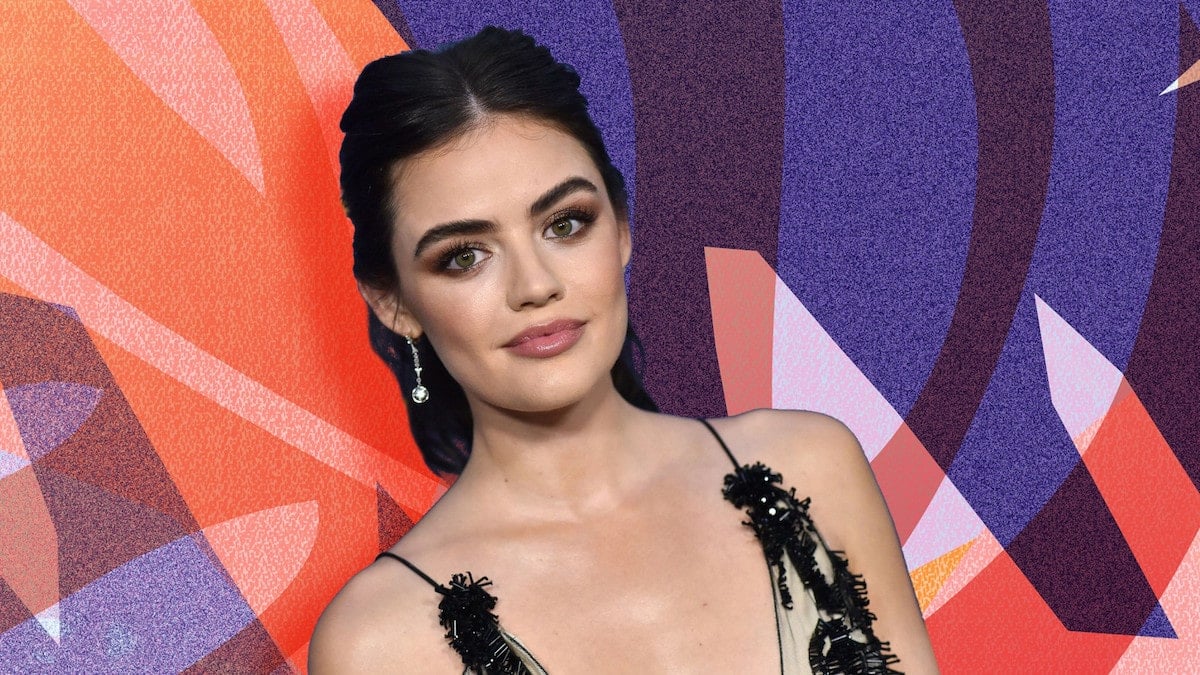 Lucy Hale told People that it took her a while to discover her identity outside of Pretty Little Liars, or work in general. She credited her dogs, Ethel & Elvis, for getting her out of her funk.

She also credits taking some “me time” to just relax and be herself. Lucy Hale also told People about how Pretty Little Liars made her appreciate her time to herself, or at least, being more introverted.

“I love waking up with my dogs and drinking my coffee and watching the sunrise from my home in Los Angeles . . . I used to think one day I’d have these big hobbies, but it’s more just quiet moments with myself. I don’t know if it’s because work constantly pulls me in a million different directions, but I love solitude. It’s not unusual for me to not do anything social for months at a time.” 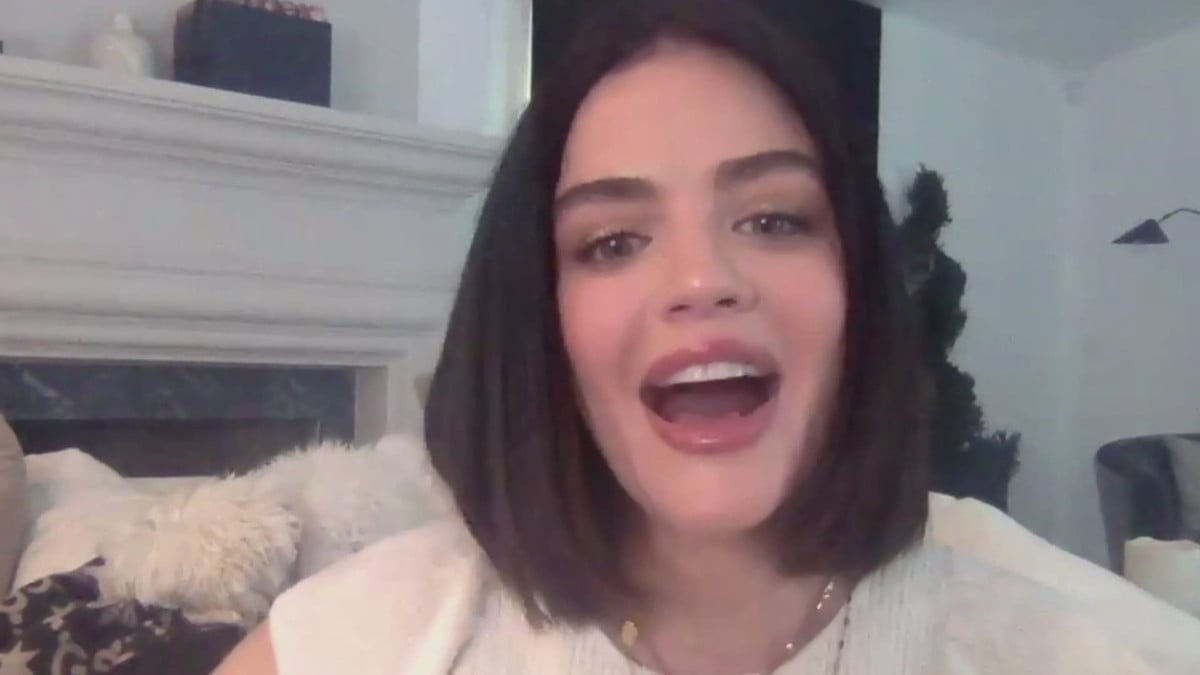 “It’s hard when you’re online, and you’re on your phone, and you see all these beautiful people, and you think you’re supposed to look like that . . .  I think that one really sad thing about the internet is it can rip away how you feel about yourself, and it’s just such a shame. I limit my time on my phone these days to keep me in higher spirits.”

Has Lucy Hale inspired you to turn off your phone more? Will you keep bingeing Pretty Little Liars, or are you still trying to get the theme song out of your head? Sound off in the comments below! 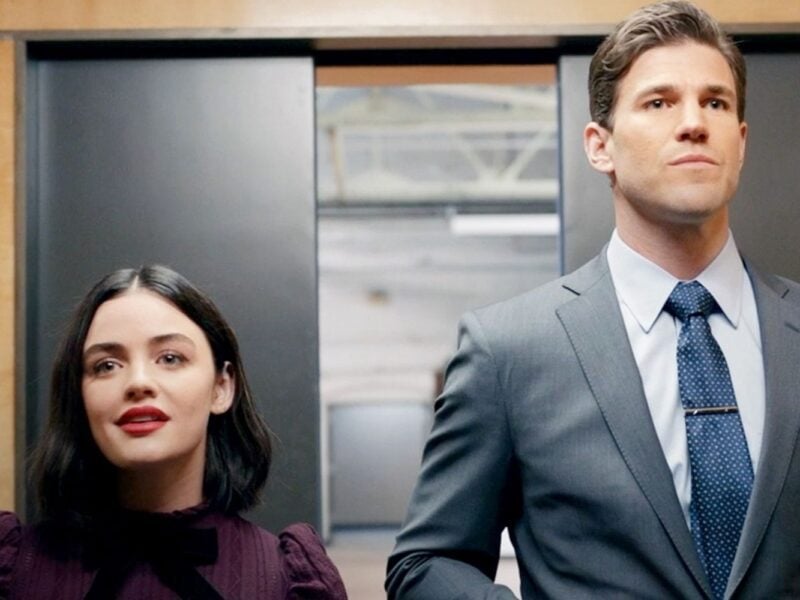 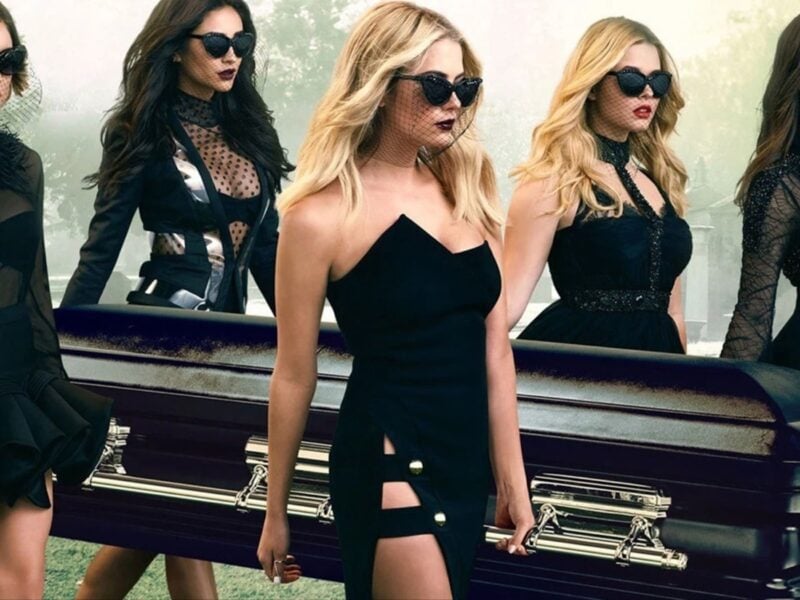