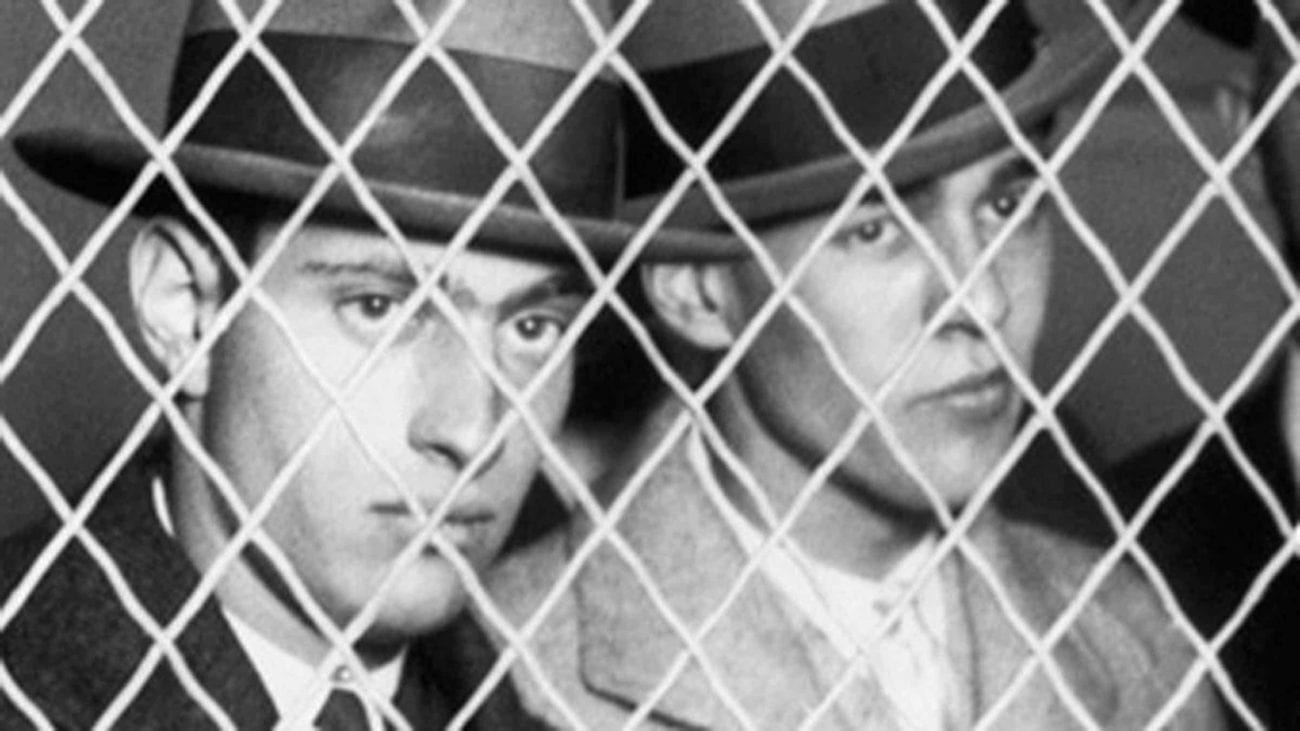 Were Leopold and Loeb the first ever teen killers?

Nathan Leopold and Richard Loeb were only 19 and 18 at the time they committed a murder. They may not have been the first ever teen killers, but they certainly committed a crime that was one of the most infamous and shockingly sociopathic. The saying “in cold blood” might as well have been coined after Leopold and Loeb, because these two were ice cold.

These teen killers committed their crime in the 1920s. Leopold and Loeb met at the University of Chicago. Both had graduated high school early (Leopold at age 15, Loeb at age 14) and came from wealthy families. Despite clearly being pretty intelligent, Loeb preferred reading crime novels and committing random acts of vandalism to attending classes at university. Leopold was an amateur ornithologist with a family who was quite optimistic about his future.

Why then did these two teenagers turn out to be so sociopathic? How did they end up inspiring several works of literature and film including Patrick Hamilton’s play Rope and the 2002 Sandra Bullock psychological thriller, Murder by Numbers. 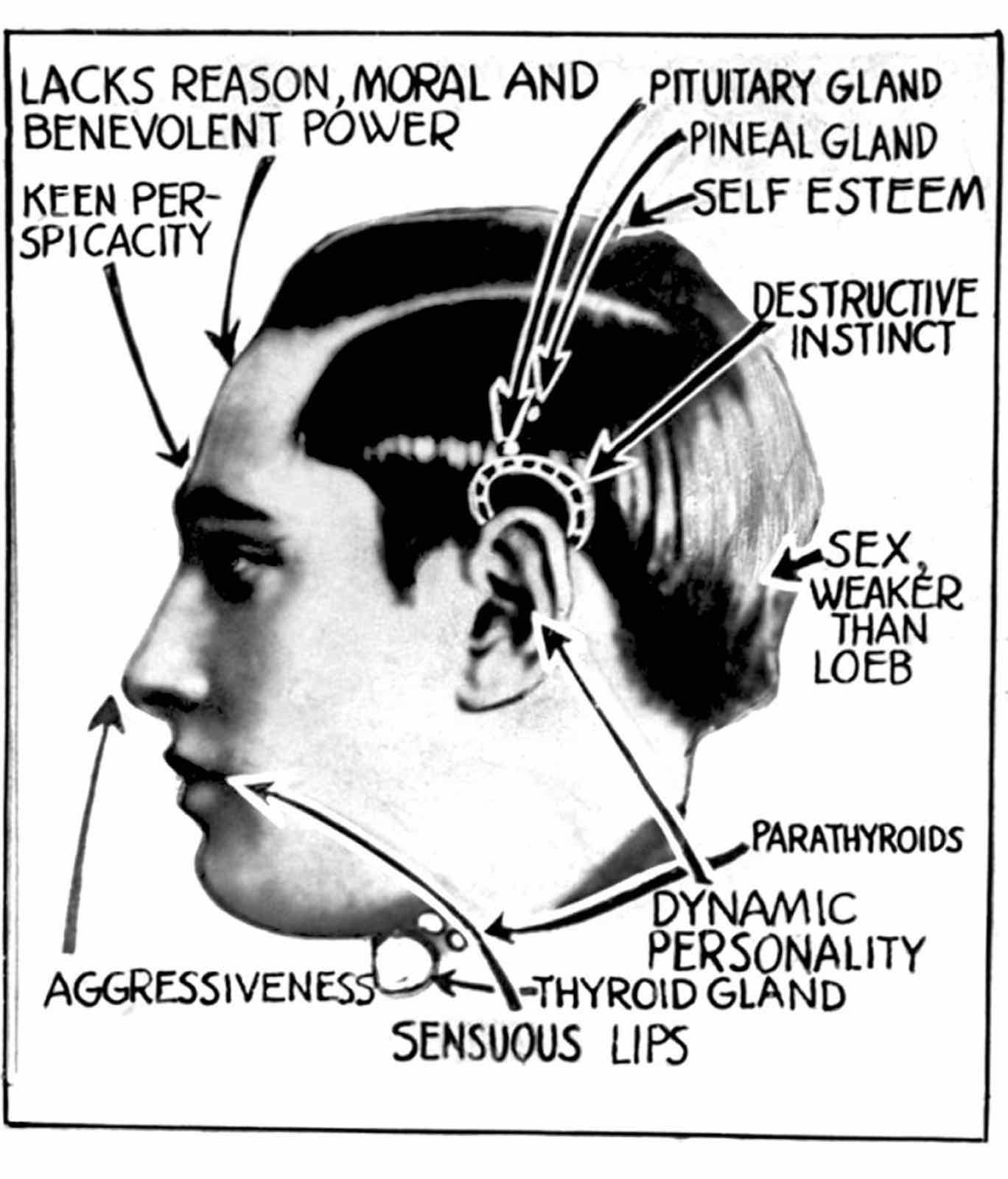 What a toxic duo these lovers/partners in crime were

Neither of these personal profiles sounds like the description of cold-blooded killers, but in 1924 they would casually get the idea in their head to plan a murder. As we mentioned before, Loeb loved a good thrill. He had dragged Leopold with him to numerous illegal scandals, including burglary and property damage.

Leopold, as an enthusiastic proponent of Nietzsche’s superman ideology, had no problem tagging along. He felt that a “morally superior man” had the option to break away from traditional moral norms and do whatever he wanted as long as it suited him. So when Loeb suggested they plan a kidnapping/murder Leopold didn’t protest.

In fact, Leopold was enthralled with Loeb. They had gone from university friends to romantic partners. What better way to keep the fire going than to indulge his lover in his homicidal fantasies? Leopold and Loeb planned all winter how they would commit their ideal, perfect murder. Leopold used all the knowledge he had gathered from crime novels and they both tried to figure out how they could ask for a ransom while they were at it. 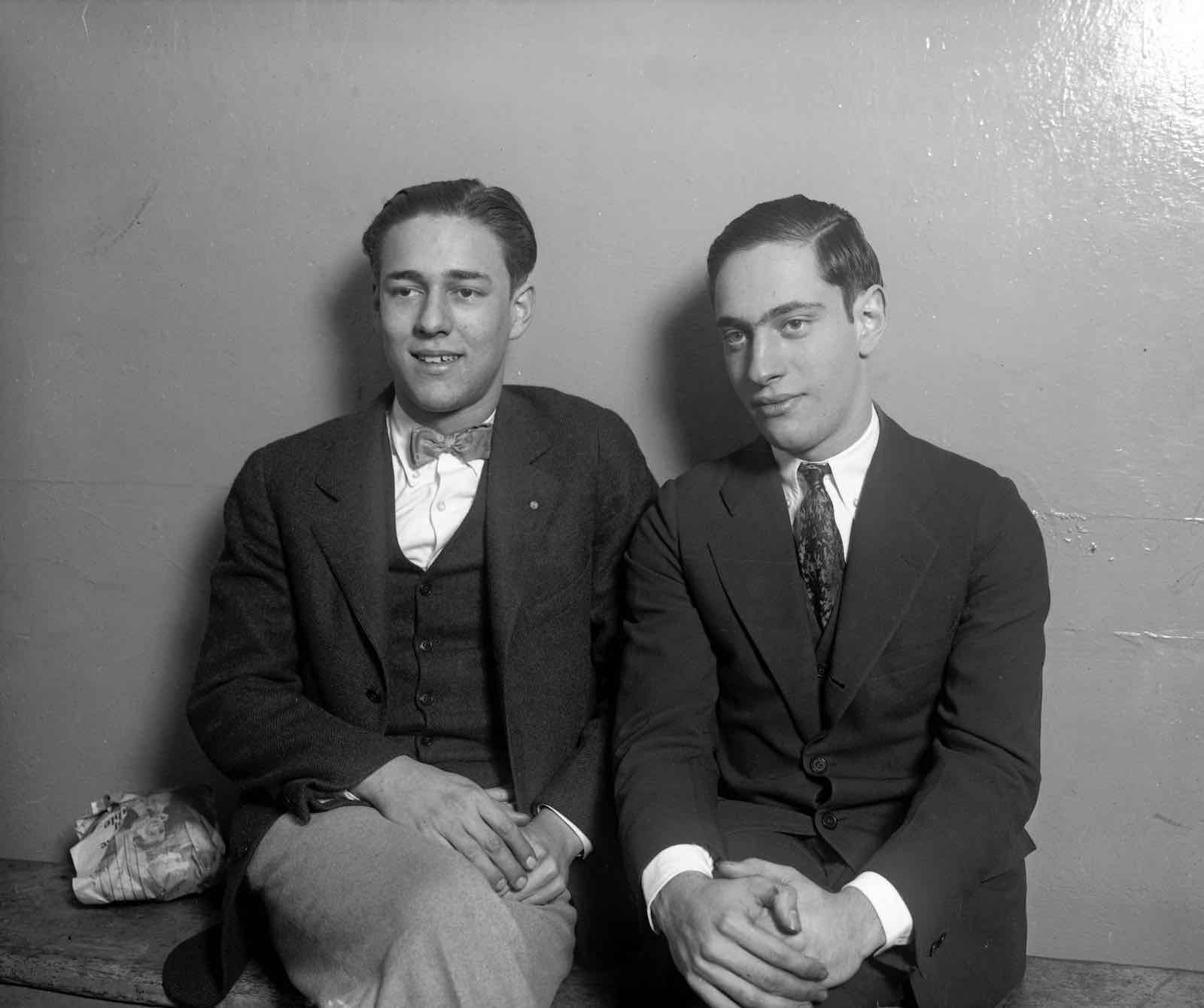 In the summer of 1924, it was finally time to execute their plan. Leopold and Loeb drove the streets of Southern Chicago searching for prey. The tragic thing is, they were very close to giving up and going home for the day, when Loeb spotted his cousin Bobby Franks. Bobby was 14 years old and Loeb knew Bobby’s father had money. He was the perfect target.

They convinced Bobby to hop in the car and then a few minutes later Loeb smashed Bobby’s skull in with a chisel right there in the car. On their way to dispose of Bobby’s body, a pair of Leopold’s eyeglasses dropped from his pocket. So much for the perfect murder.

The police tracked Leopold and Loeb down pretty quickly. What was meant to be a sociopath’s amusing day out, turned into the day they would seal their fate. Their arrogance sorely caught up with them.

The trial was an interesting one

Leopold and Loeb’s lawyer insisted that the two teenagers were to be pitied rather than despised. He admitted that the boys had killed for the thrill of it, but he maintained that they had done so because of trauma from their childhoods. After all, Loeb had been sexually abused by his governess at a young age. Not to mention, they both had been raised within detached Jewish family dynamics, and during a time of anti-semitism to boot.

When describing their crime, their defending attorney Clarence Darrow explained the reason why they committed it in such a way: “Not for money, not for spite, not for hate. They killed him as they might kill a spider or a fly, for the experience.”

This was supposed to convince the judge that Leopold and Loeb were victims because they had become imbalanced as a result of their environment, even though psychiatrists had labeled them clinically sane. 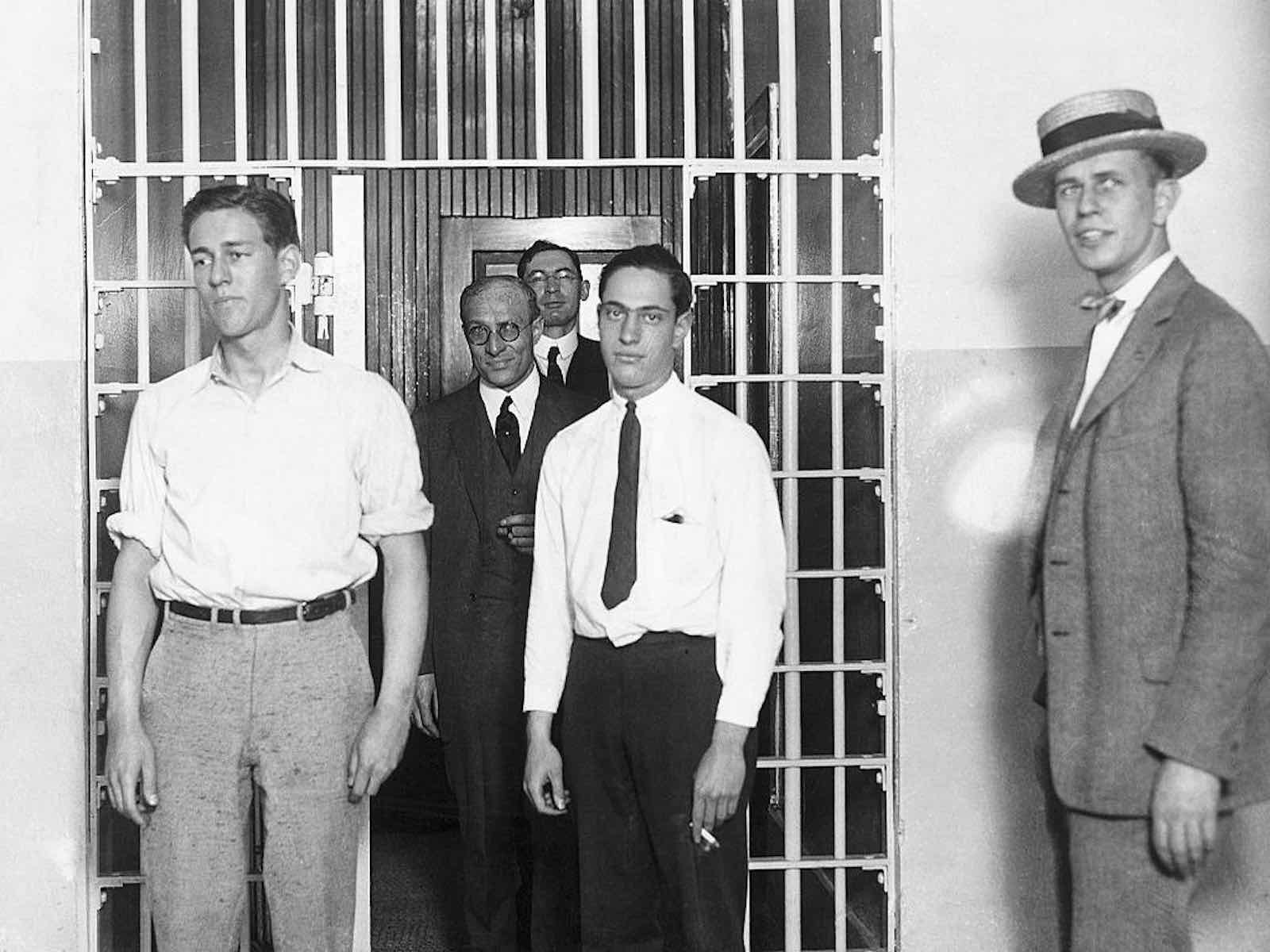 As bad a defense as this may sound, Darrow was actually pretty crafty in his approach to defending these cold-blooded teen killers. Leopold and Loeb had already confessed to police that they killed Bobby just for the heck of it, so Darrow knew there was no chance of convincing a jury not to administer the death penalty.

Instead he advised Leopold and Loeb to keep their plea of guilty while he negotiated for a prison term instead of the death sentence. It was the best bet they had, having already revealed themselves to be completely unrepentant. 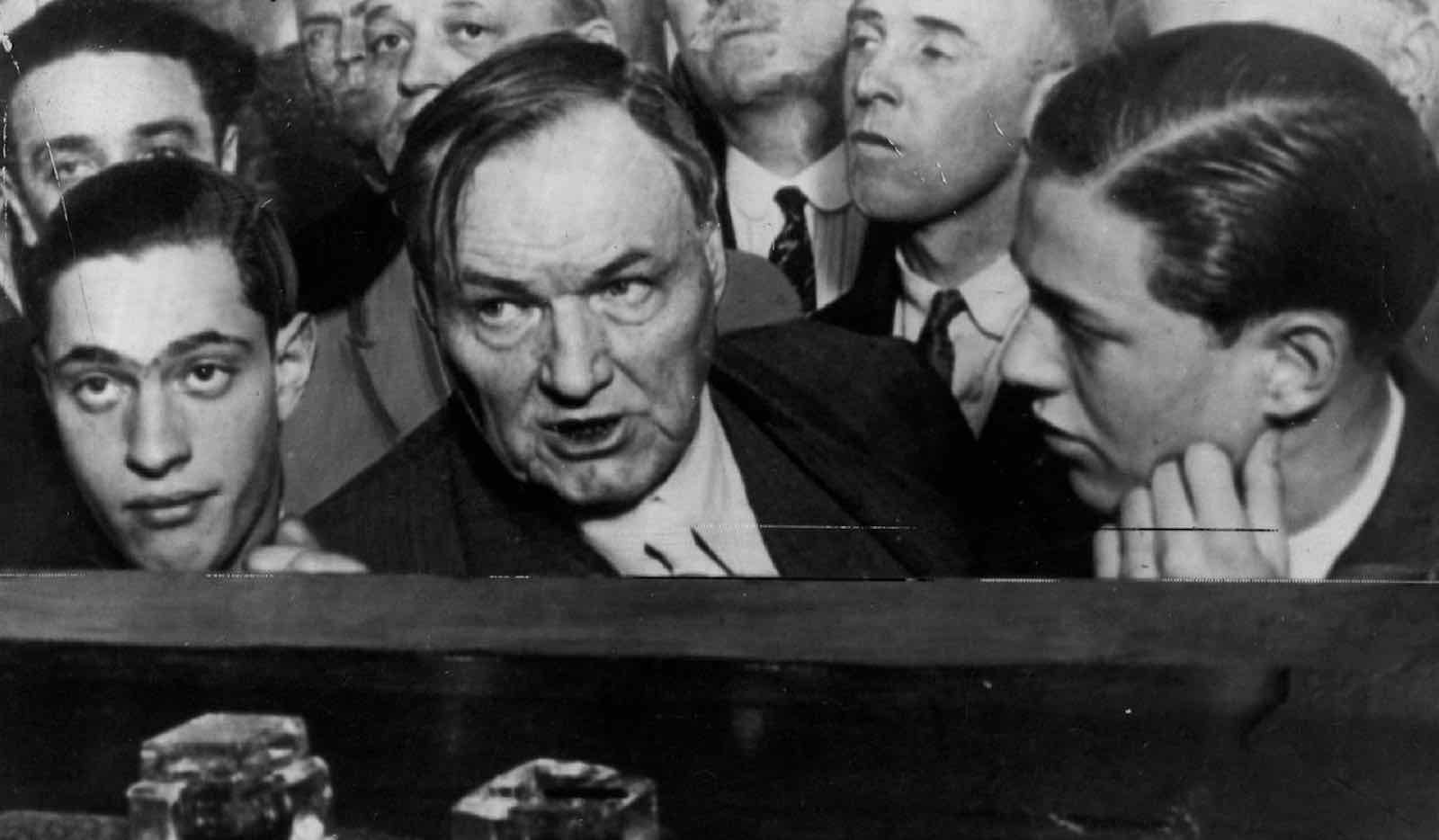 It was in Leopold and Loeb’s best interest that Darrow argue that they, as teenagers having been given an unfair shake in life, should at least be given the chance to live out their days away from society. Later, Ministers and others speculated that Leopold and Loeb were the result of a generally declining sense of morality in society. It was posited that because people were increasingly turning from God and instead looking toward their own self gratification, that crimes like these were no surprise; to them, it was not inconceivable that Leopold and Loeb were a product of their self-obsessed environment.

Whether the boys were a product of society or not, the prosecuting attorney was not having it. He thought it unbelievable that such sociopaths would get off easy. On the other hand, luckily for Leopold and Loeb, the judge did happen to acquiesce. He sentenced them to life in prison since he thought it reasonable to give a lighter sentence to young people, so to prison they went. 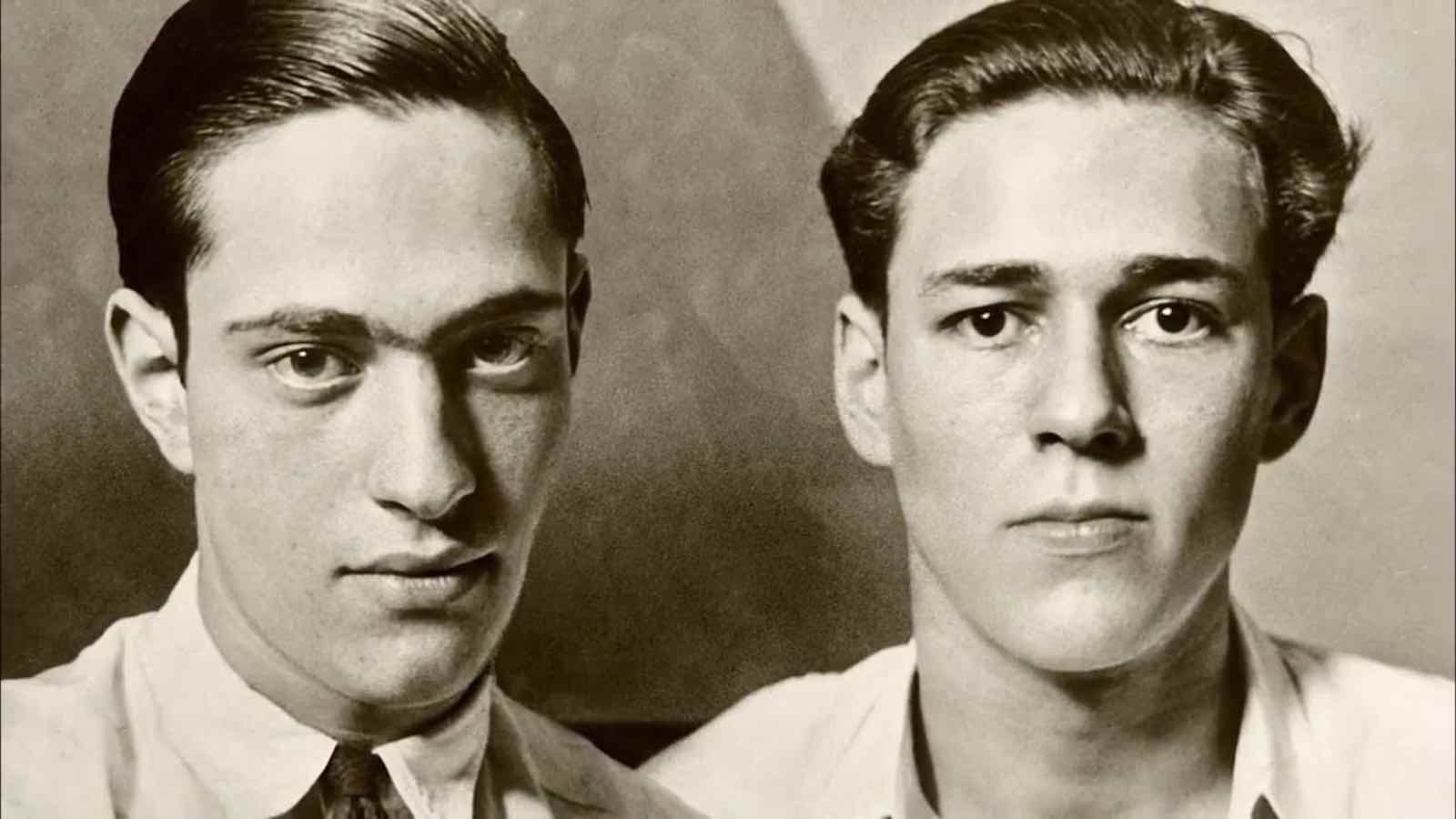 Loeb got stabbed in the shower by a fellow inmate at the age of 38 and died in prison. Leopold served 33 years in prison and was let out on parole in 1958. He soon moved to Puerto Rico where he lived a relatively event-free life, and even married a woman named Trudi Garcia de Quevedo.

When Leopold read Compulsion, the fictionalized version of he and Loeb’s case, he described himself as feeling “physically sick” and filled with “terrific shame.” We’ll never know what exactly he meant by this since he voiced anger at the murder being portrayed in sexual terms. His description of shame could have been one of remorse, but it could also only have been a sense of repulsion at being represented inaccurately. He later died of a heart attack at the mature age of 66.