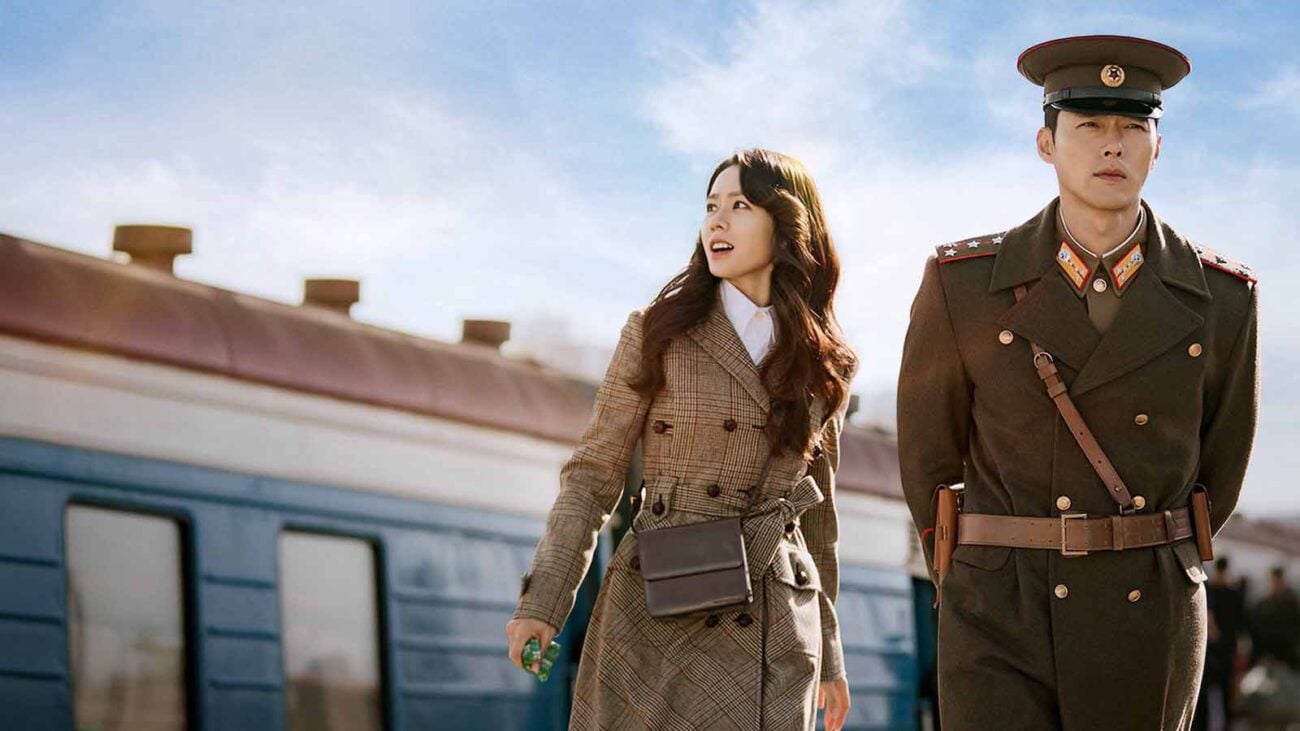 A guide to Korean dramas: Everything beginners need to know

Hello there, have you heard the good news about the drama sensation sweeping the nation? Yes, the “Korean Wave” that spread across the US and gained traction in the last decade, brought with it Korean culture, cosmetics, K-pop, and K-dramas. Today Korean dramas feature on a number of popular streaming sites and leave many wondering in that classic 90s observational comedy style: what’s the deal with Korean dramas?

If you’ve never seen a K-drama before then you won’t be aware of the all-consuming impact it can have on you. This may seem like an exaggeration but it’s nigh on impossible to watch a Korean drama casually. K-dramas are built in a way that sucks you into the story, invests you deeply in the characters, and leaves you unable to function when you still have episodes waiting on your list. 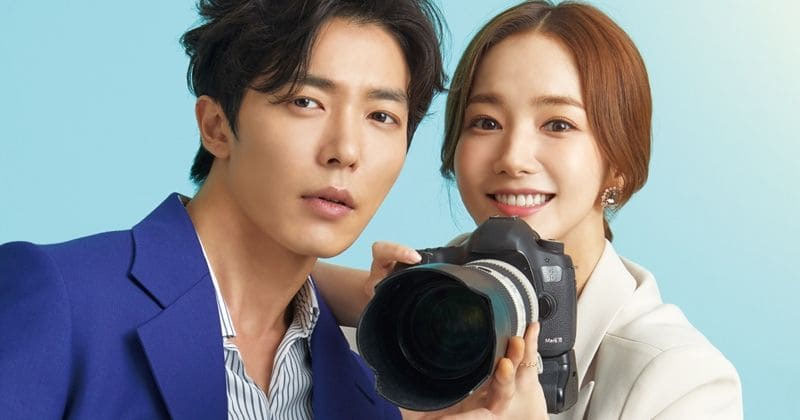 It sounds intense, and it is, but in the best way. There is a certain level of commitment when you start up a drama but the payoff is almost always worth it. Korean dramas take the time to build up the human element in their stories, making their themes universal and relatable to any person partaking.

So if you’re willing and able to invest in hours of fantastic stories, here is a beginner’s guide to Korean dramas. 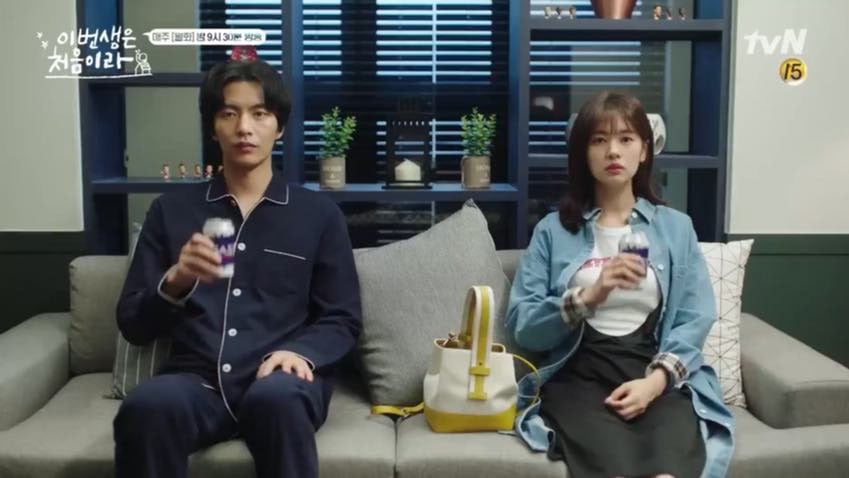 Korean dramas not only immerse us in Korean culture but in the culture of the dramas themselves. While watching dramas we have a stylized glimpse into the daily lives of South Koreans such as music, fashion, cuisine, drinking, education, pop-culture, etc.

K-dramas can also introduce foreign audiences to the social structure of South Korea, their emphasis on community & family as well as the norms & mores of their culture. 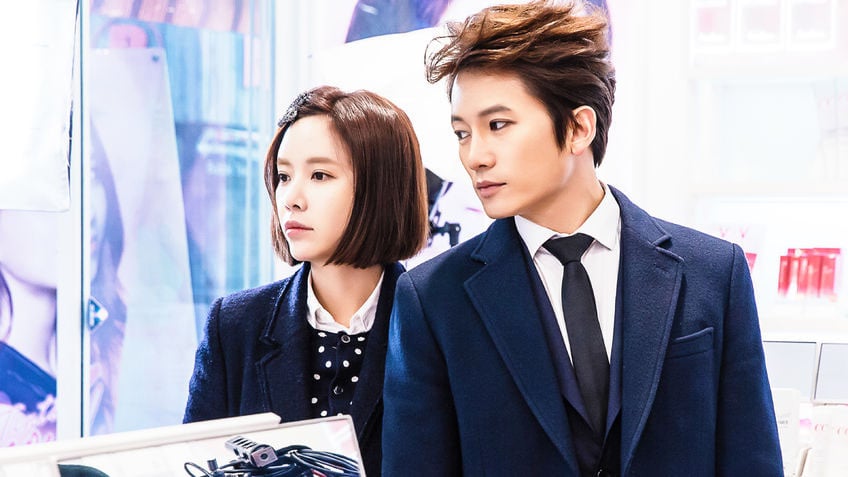 Yet just like Hollywood movies are not accurate representations of our reality, K-dramas are not a picture-perfect glimpse into Korean life. Korean dramas are idealized versions of reality that feature dramatic, over-the-top plots and serve to entertain us with a certain degree of escapism.

In K-dramas we can expect to see a certain set of tropes, consistent in most dramas across the board. There’s the rags-to-riches story element that takes underdog characters and allows them to overcome great odds. There’s the ever-present love story that appeals to our sentimentality. Then the humorous antics that allow us to relax & take a breath between emotional moments. 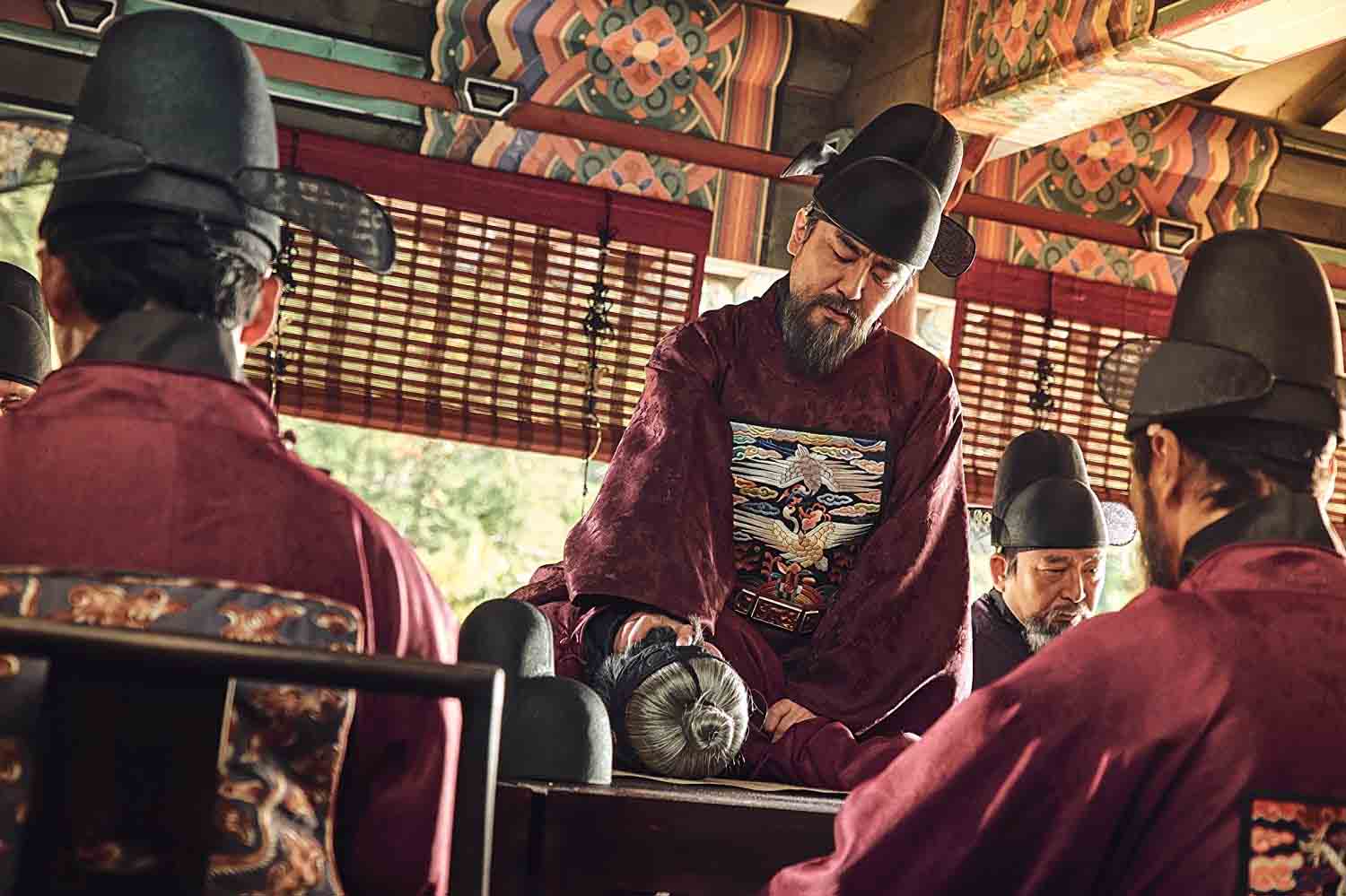 If you’re looking for different dramas to dip into, you might think that romance is all that’s available and you would be very wrong indeed. K-dramas have a multitude of different genres for anyone to enjoy.

There are action dramas which include titles like Vagabond & City Hunter, historical dramas like Moon Hunters, Sungkyunkwan Scandal, and Mr. Sunshine, school dramas like Love Alarm & SKY Castle, medical dramas like Hospital Playlist, legal dramas like I Can Hear Your Voice or Lawless Lawyer, or even horror comedies like Master’s Sun.

While most dramas carry romantic elements and deep emotional themes there are different styles & tones for different tastes so you can easily find a few that you might like.

In every drama, no matter how dark the content (and believe us, K-dramas can get hella dark), there’s always some element of comic relief. This injection of humor allows us a brief respite from the emotional roller-coaster dramas can take us on.

The humor is sometimes over-the-top, slap-stick ridiculousness such as the hapless criminal thugs in the drama Strong Girl Bong-soon or sly, satiric with such as in the dark comedy drama SKY Castle. And most commonly humor is used to bring feuding couples together in sweet (if begrudging) interactions.

Often the humor in dramas is used to diffuse a tense situation, one of the most masterful examples of this being in the superb drama Crash Landing on You. Here the protagonist, a South Korean woman, accidentally lands herself in a perilous situation after crossing the North Korean border. We are then treated to a hilarious story depicting the differences & similarities between South & North Koreans. 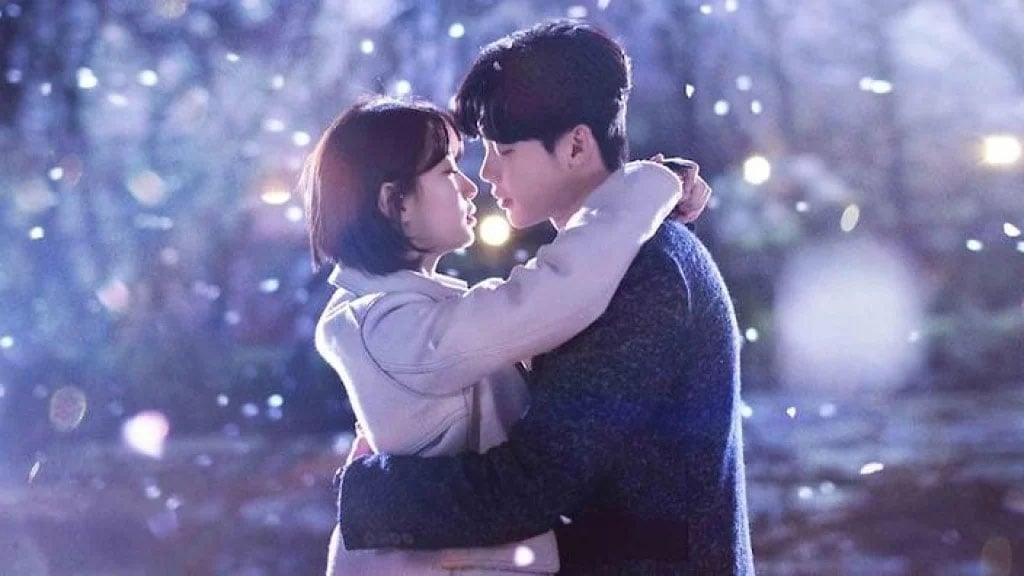 In any Korean drama there is at least one romantic storyline to swoon over. K-drama romances are definitely swoon-worthy as they really cash in on the romantic tension, building the relationship slowly until it’s almost impossible to bear.

There are certainly differences between K-drama and Western film romantic expectations, for one thing Korean dramas are very chaste compared to Hollywood films. In a K-drama romance the ultimate moment is the kiss shared between the blossoming lovers (a kiss that comes after hours of sideways glances & accidental hand grazes).

The romantic stories aren’t written for physical satisfaction however, more attention is placed on their emotional bond. It’s far more important to portray how sincere their love is and how deeply it’s felt. The physical affection that results from this cultivated connection is then made all the more meaningful. 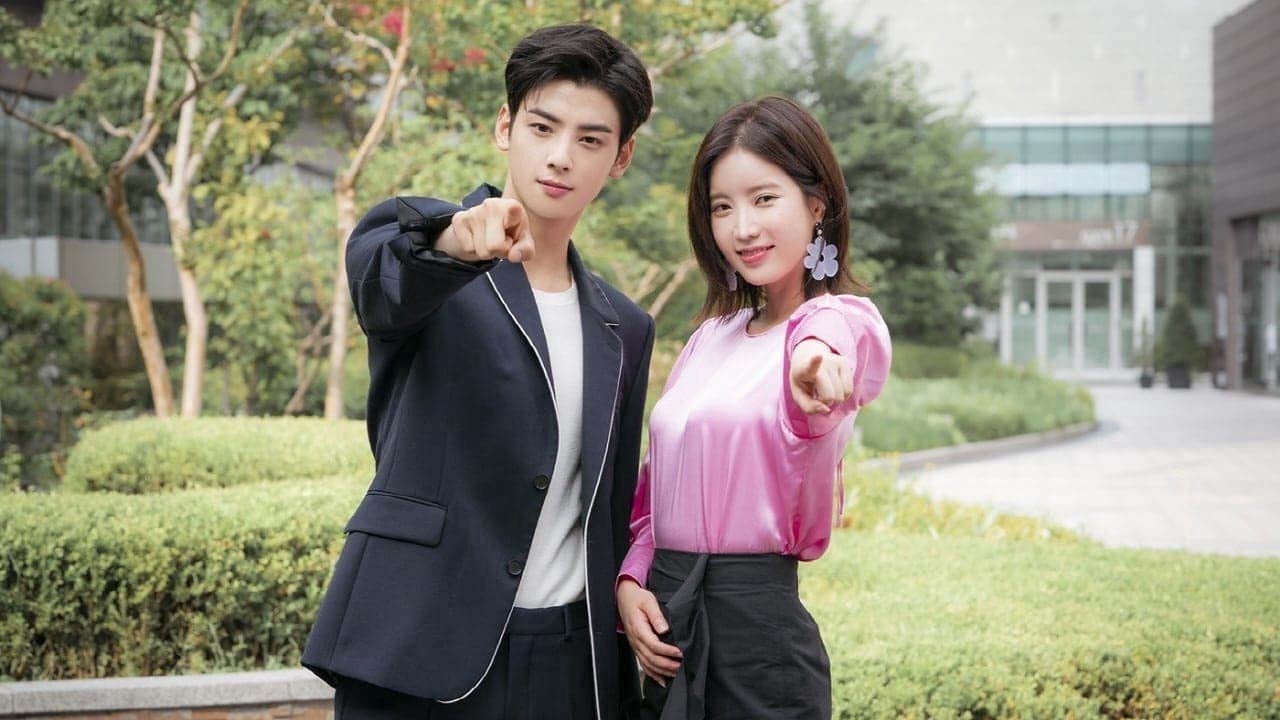 Romance is one element of the emotional plot-lines in K-dramas but there are far more themes on hand. There are the bonds of family, undying friendship, redemption from past crimes, the pain of loss, feelings of loneliness & alienation, rejection from society, overcoming terrible burdens, the list goes on.

No K-drama is complete without an armory of emotional themes for each character to grow through as they develop in the story. And when the time comes for a character to explain their feelings, the drama slows, and allows us to steep in the profundity of these moments.

The emotional arcs in Korean dramas are the most important aspect of the stories. They connect any audience to any character and reach across boundaries between foreign cultures to bind us together in one relatable theme: human nature.

If you’re ready to start on your K-drama journey there are a few streaming sites to check out including Netflix, Viki, and Hulu which all have quality dramas in which to indulge. K-dramas typically act like mini-series in that they only have one season but the episodes are usually lengthy and some can stretch to fifty plus episodes.

Now that you’re equipped with the basic knowledge of Korean drama watching, pick a story and we’ll see you back in the land of the living in a few days. Don’t forget to stay hydrated.