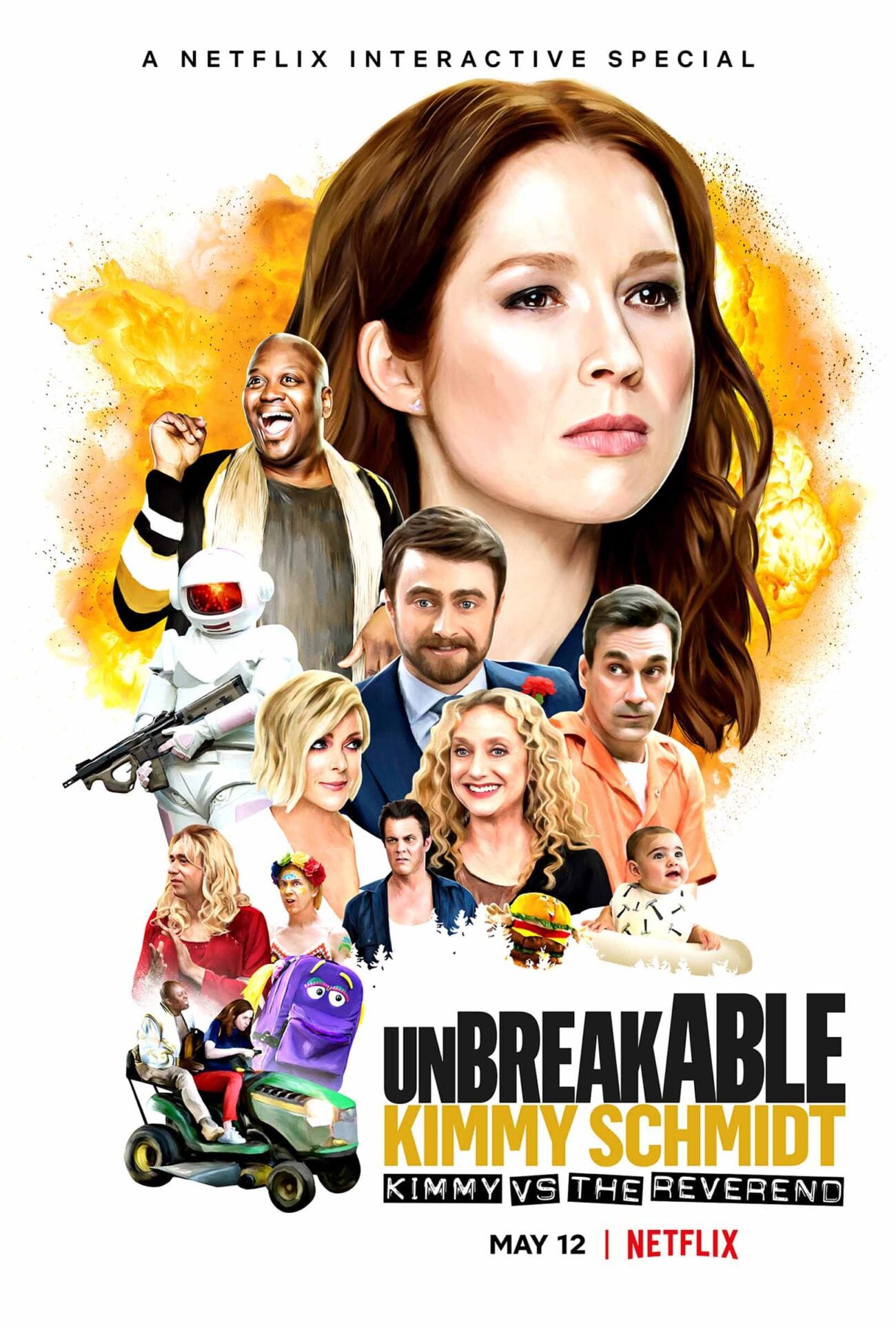 The ‘Unbreakable Kimmy Schmidt’ special: Why it’s worth a watch

The film, titled Unbreakable Kimmy Schmidt: Kimmy Vs. the Reverend, was released on Netflix on May 12 and has entertained audiences with the signature mad-cap style it had in the series. The film itself may not have the most substantial story but it’s more focused on taking us through absurd situations & off-beat humor to care. Honestly, in such a serious time, a little silliness is just what we need.

There will definitely be spoilers! 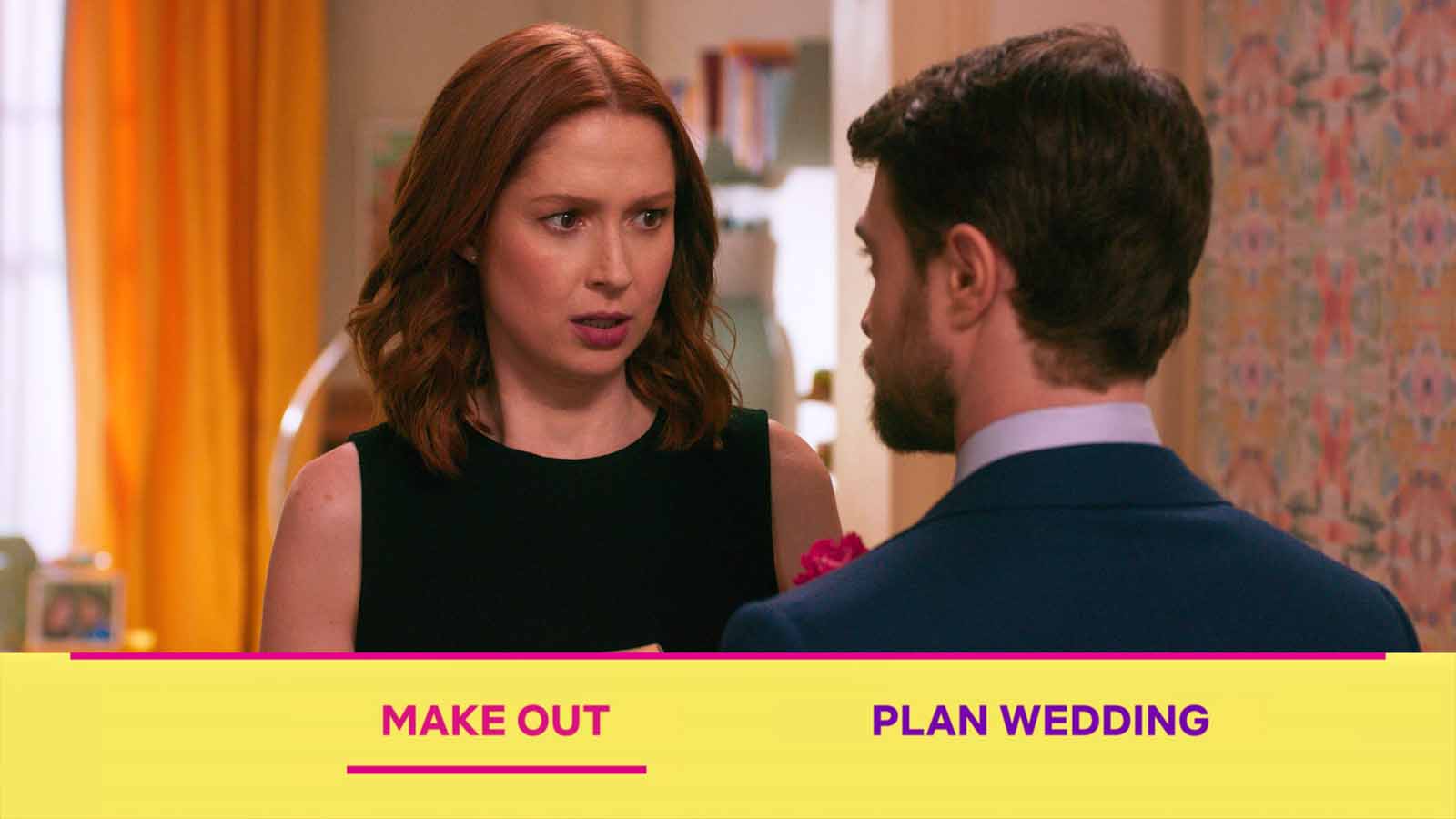 Kimmy’s mission (should she choose to accept it)

The story of Kimmy vs. the Reverend starts off with Kimmy (Ellie Kemper) now famous & rich after the success of her childrens’ books. Kimmy is also just about to be married to handsome Prince Frederick (Daniel Radcliffe) and on her way to a happily-ever-after.

Only days away from her wedding, Kimmy receives the news that her old nemesis and kidnapper, Reverend Wayne Gary Wayne, might have another bunker of women hidden somewhere. We have to decide how Kimmy is going to save the day & get married so she can make her way to a happy ending. 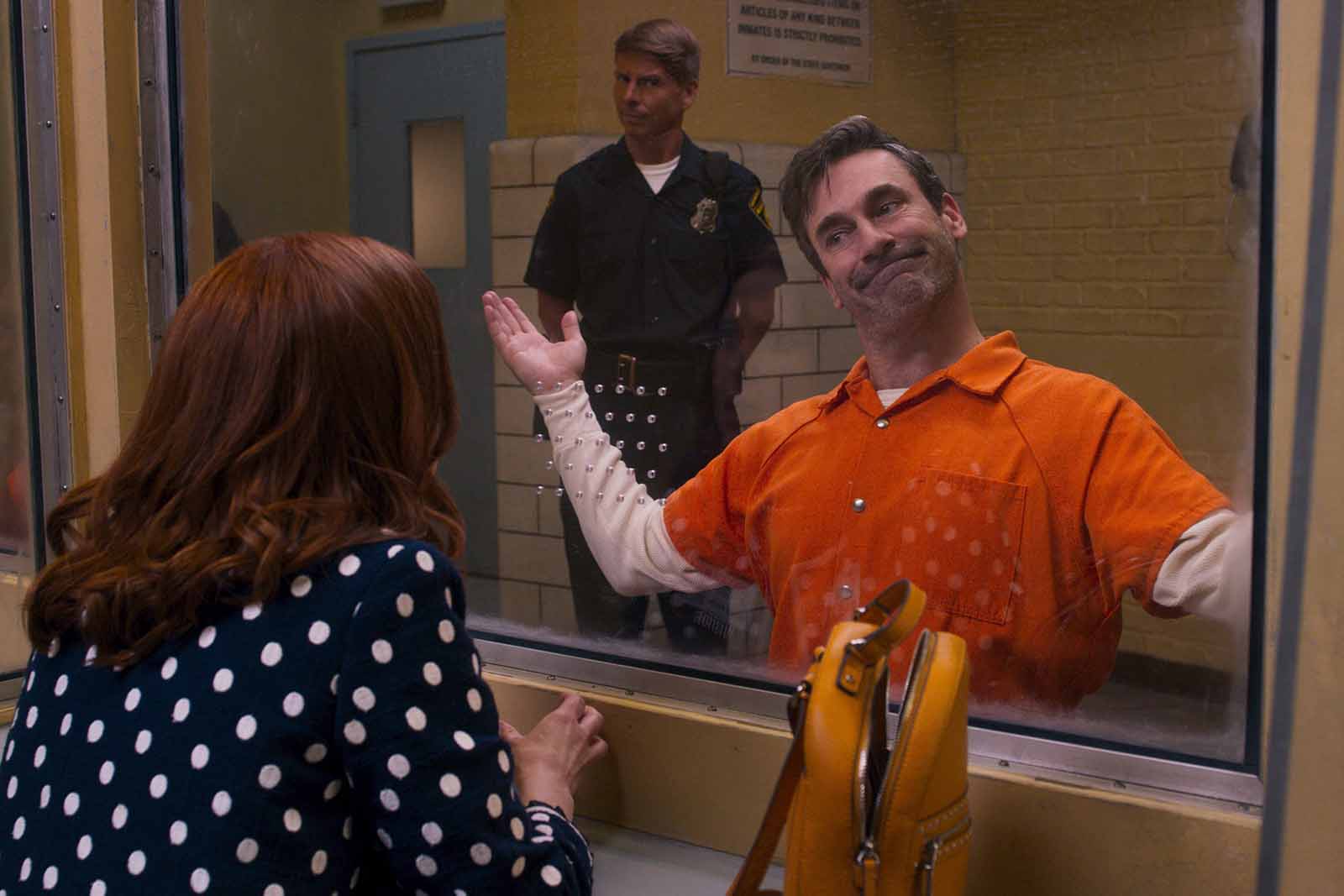 There are tons of choices presented to the audience in this interactive film. Film watchers usually pick from two or more options at the bottom of the screen which takes them down different wacky paths. One of the first options you have is either to make wedding plans with Kimmy & Frederick or watch the two love-birds make-out with gusto.

The different paths can lead us to a multitude of different endings. Some that end not so happily but viewers are always encouraged at the end of an unsatisfactory ending to try again and the film loops around to the beginning.

There are many dead-ends where the characters don’t even make it to the film’s conclusion, they simply meet with impossible odds or fail to get out of a sticky situation. One brilliant example is the time Kimmy & Titus have to wait 4,000 minutes for an Uber and die tragically of boredom.

Easter eggs are also plentiful in this interactive romp like the Taco Snake that can sing Christmas carols or show you bloopers of the special. Then there’s the skip intro option that when pressed, prompts the intro-interview-guy to scold you for skipping the intro (leading to an even longer intro). 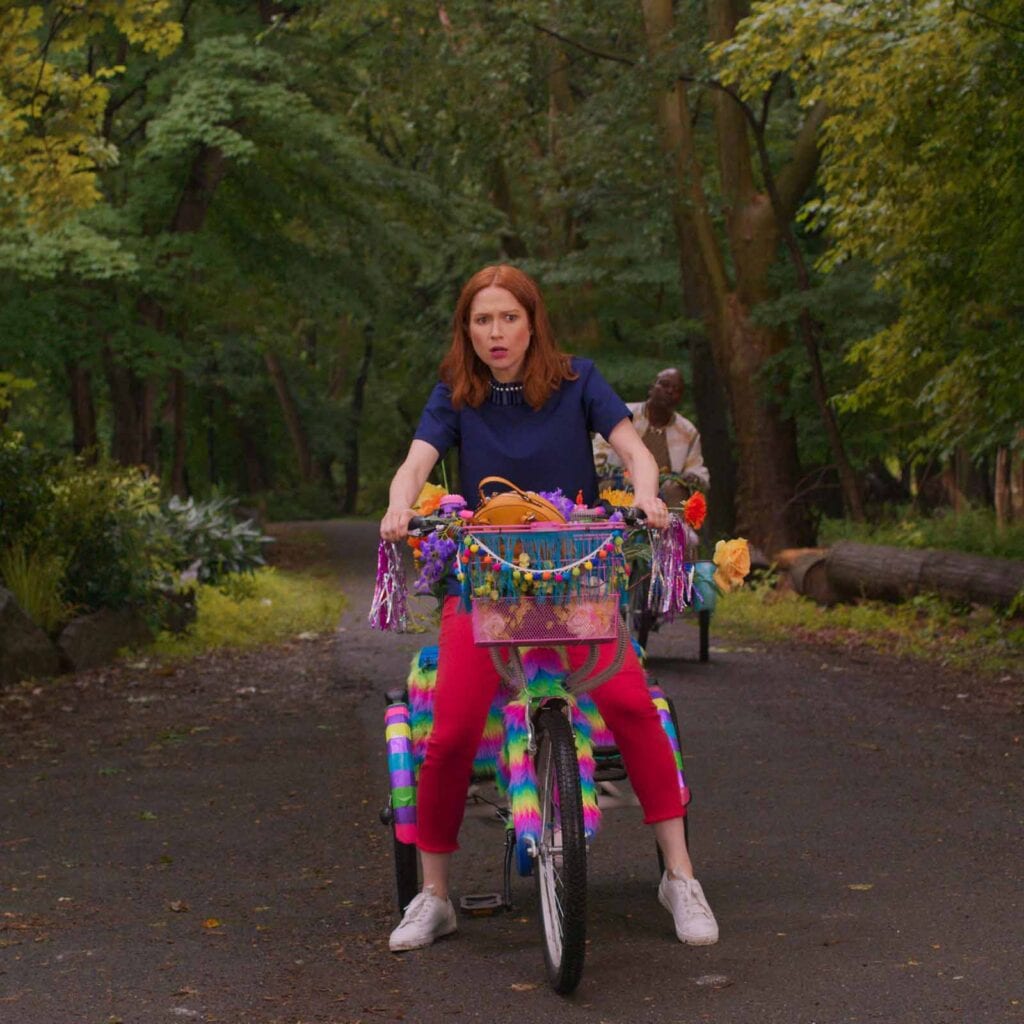 A ton of fun for everyone

The best part about Kimmy vs. the Reverend is the fact that it doesn’t take itself too seriously, but leans into the weirdness of the show’s humor to make us laugh or simply shake our heads with a wry smile at the completely silly situations.

There are a few more tailored moments in the special that take on a satiric wit and slyly poke at relevant issues. One of the routes takes us through a very dark timeline (where pretty much everyone dies) and has a scene where the characters confess to each other as they go down in a plane crash and one confession alludes towards a college admissions scandal.

It’s perhaps not the most stimulating film, and those who were not impressed by Unbreakable Kimmy Schmidt should steer clear. Nevertheless, it’s a bit of harmless fun that makes us laugh and with so so many interactive options, it’s a brightly-colored distraction that we could use during these darker days.