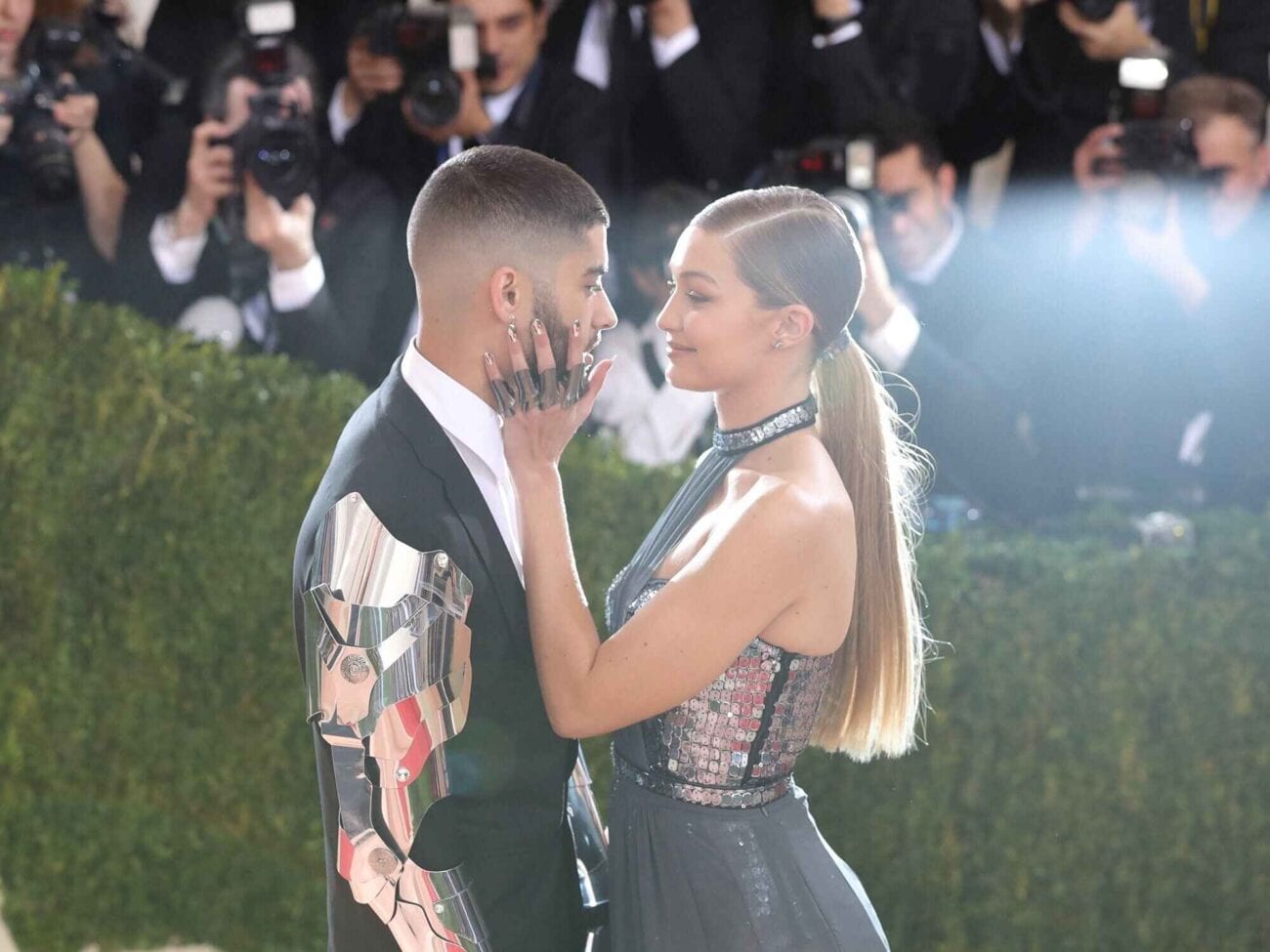 Gigi Hadid spills the tea on her new baby girl: Hear all the news

In September 2020, Khai Hadid Malik, the firstborn baby of Gigi Hadid & Zayn Malik, was born. Since then, the duo have been quite private surrounding any information about their daughter, not even sharing her name until four months after her birth in January 2021.

Fans of both the stunning model & talented musician have been eager to hear more about Khai and all about the birth, and finally, Gigi Hadid recently sat down with Vogue to talk all about her baby and how she’s been doing since being a full-time mom. 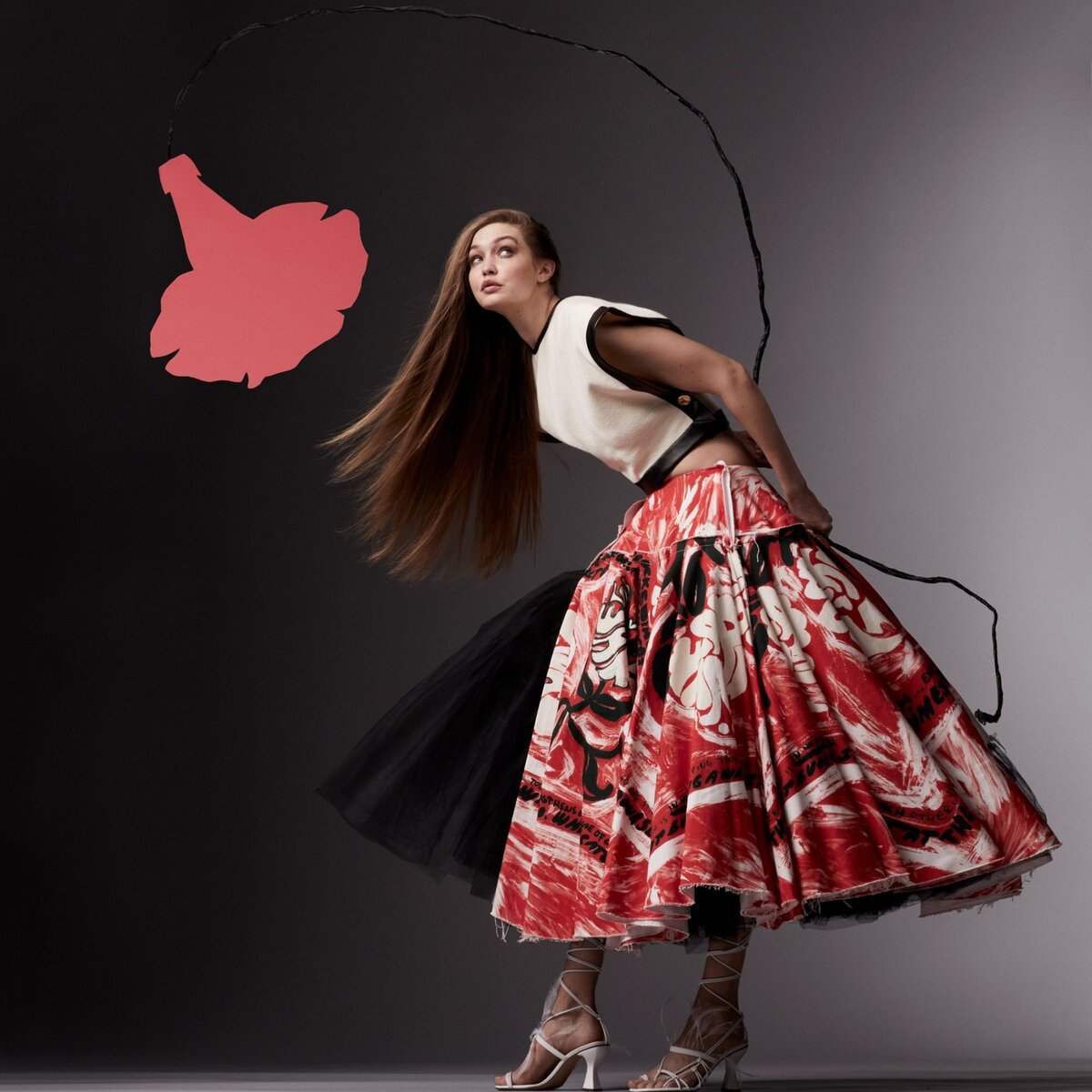 Gigi Hadid explained she had initially wanted to deliver her baby at a New York City hospital, and confessed to Vogue that “what I really wanted from my experience was to feel like, okay, this is a natural thing that women are meant to do”. However, due to the pandemic, this would mean that her mother Yolanda and sister Bella wouldn’t be able to be in the room during the delivery.

After watching the 2008 documentary The Business of Being Born with Zayn, she recalled the two immediately knew a home birth was the solution. The two placed a blow-up bath in their room and sent their pets away. They put on an audio of their favorite children’s novel, The Indian in the Cupboard, to calm her down during labor, and even spent the earlier hours of labor watching the film adaptation together.

“That’s something we’d never talked about but in that moment we discovered we both loved,” Gigi remembered. She professed that Zayn compared the birth to a lion documentary he once watched where the male lion nervously waited outside while the lioness delivered their children in a cave. “Z was like, ‘That’s how I felt! You feel so helpless to see the person you love in pain”, Hadid told Vogue. 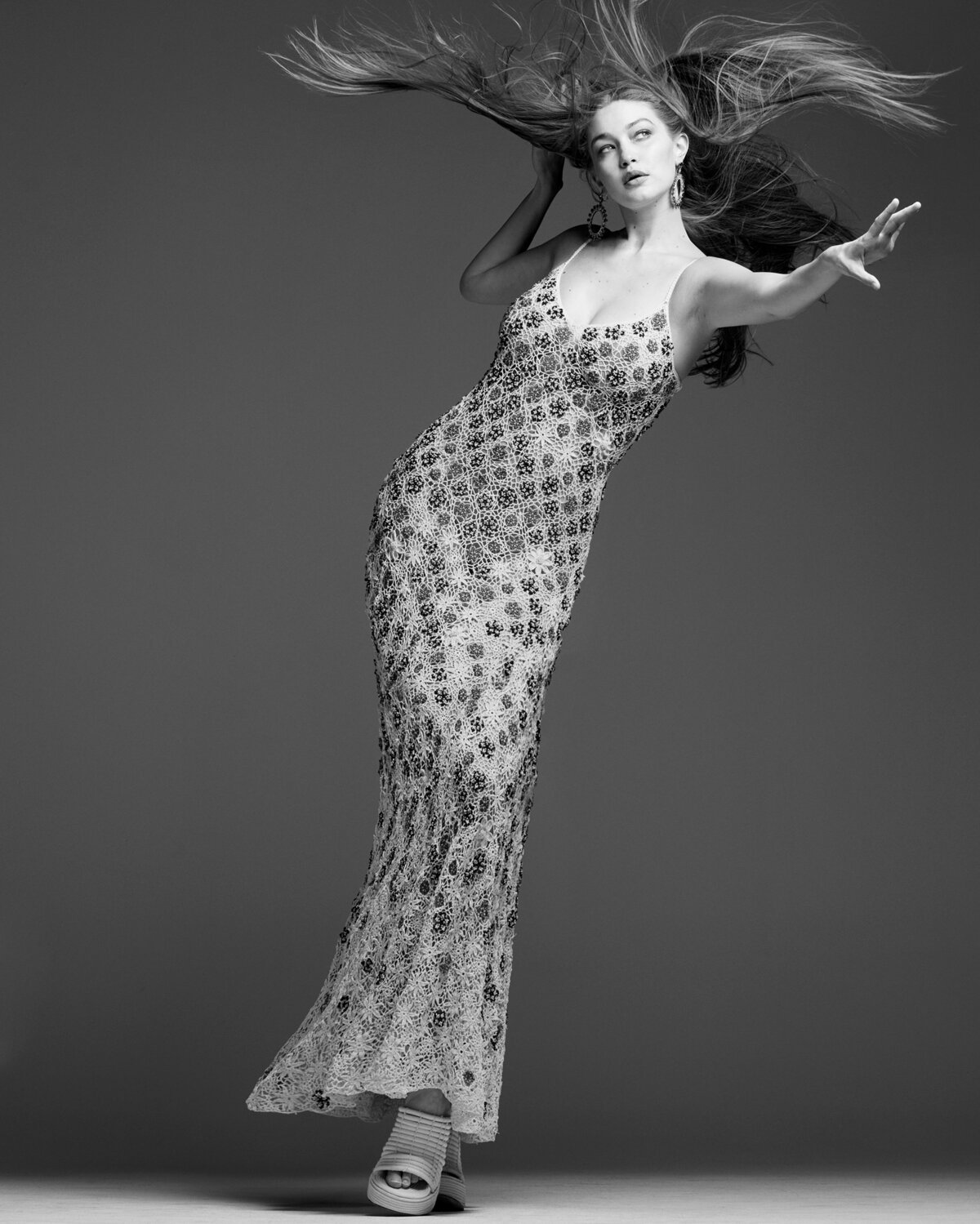 “I know my mom and Zayn and Bella were proud of me, but at certain points I saw each of them in terror,” Gigi admitted. “I knew it was going to be the craziest pain in my life, but you have to surrender to it and be like, ‘This is what it is.’ I loved that.”

The new mother had a doula over Zoom, her old Malibu High classmate Carson Meyer, who helped prepare her for the moment when she felt she couldn’t go any longer without drugs. “There definitely was a point where I was like, I wonder what it would be like with an epidural, how it would be different.”

“My midwife looked at me and was like, ‘You’re doing it. No one can help you. You’re past the point of the epidural anyway, so you’d be pushing exactly the same way in a hospital bed”. After Khai was finally delivered, Gigi confessed: “Z and I looked at each other and were like, We can have some time before we do that again.” 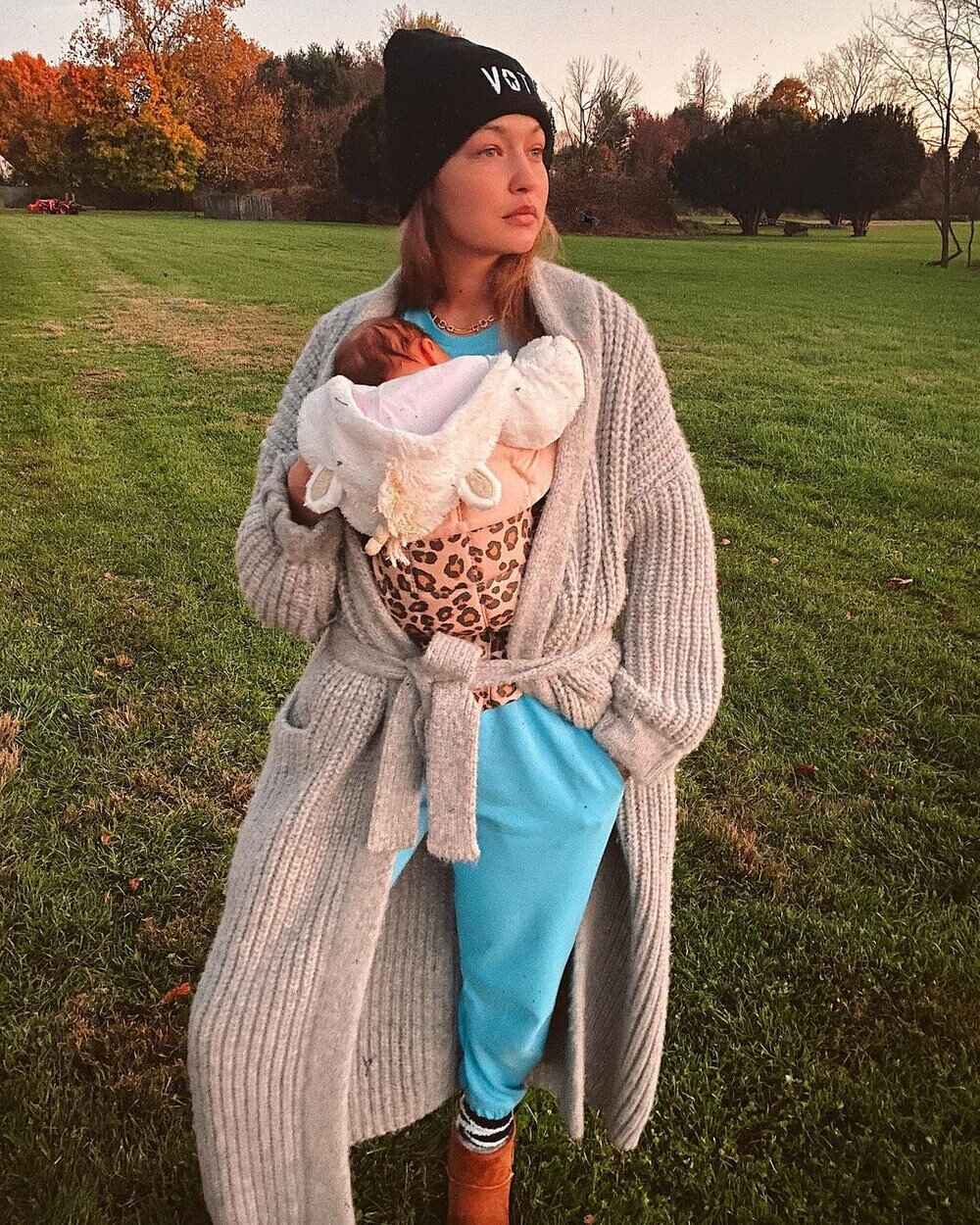 Gigi Hadid decided against having a nanny or baby nurse for Khai, defying against the traditional norms of celebs with kids. Yolanda told Vogue: “She decided to completely take care of the baby alone and I think that bond is so important. I’m proud of her face on a magazine, but seeing her give birth was a whole other level of proud. You go from looking at her as a daughter to looking at her as a fellow mother.”

Hadid & Malik have both decided to keep Khai’s world small for now, with Gigi barely leaving her horse country of her home in rural Pennsylvania where she’s been living a much quieter life. “I always want to be here full-time”, she told Vogue. “I love the city, but this is where I’m happiest. I think she’ll definitely be raised here”.

“The greenery and the farm-y lifestyle are similar to what made me feel really centered as a kid, and I think that’s really important to Zayn and me”, she said about her home. Because both her & Zayn come from such cultural backgrounds, Gigi Hadid said she wanted her baby to explore different interests & ideologies and fully understand her roots. 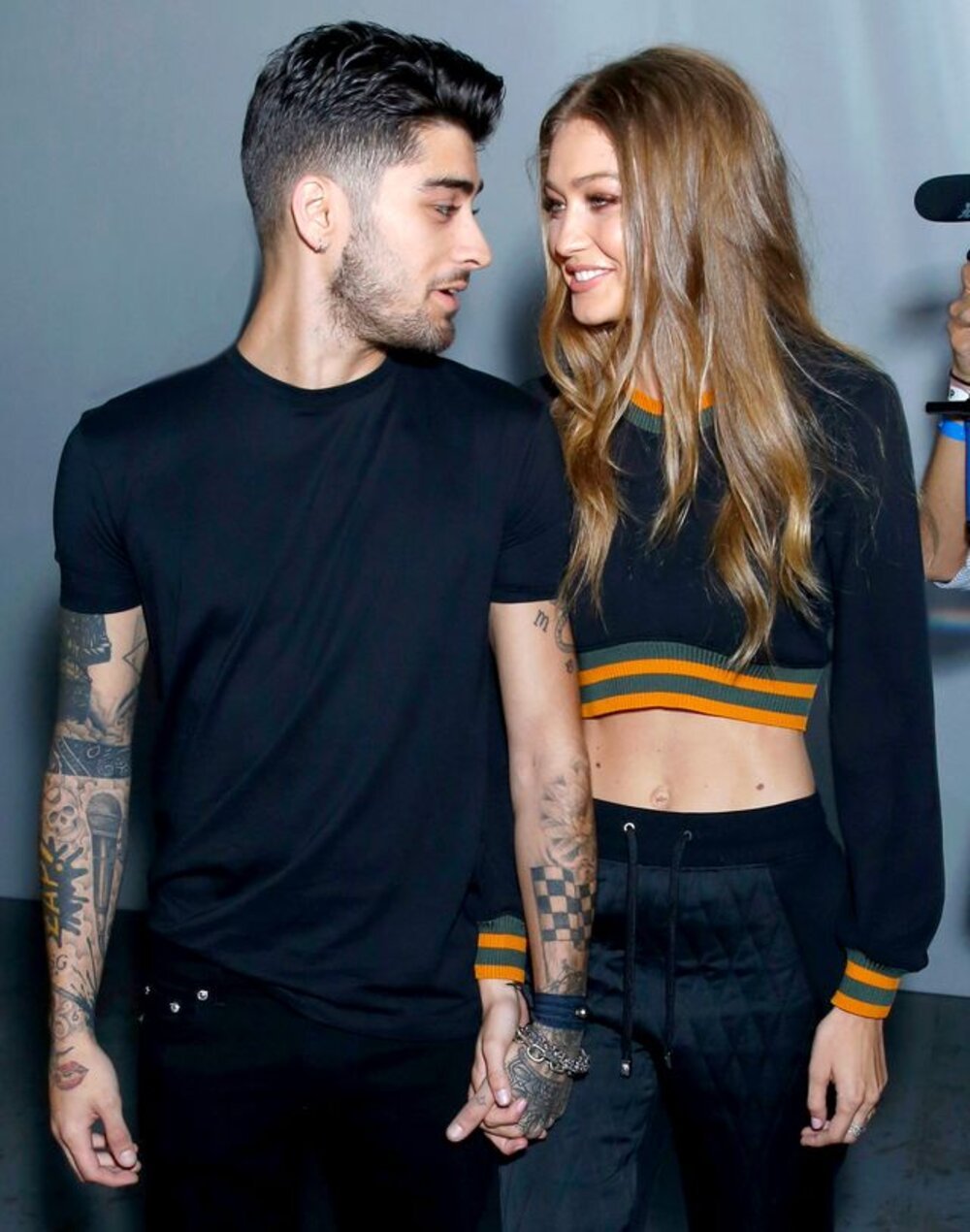 Being a new mom

“My dad’s Muslim, and my mom grew up celebrating Christmas. I felt like I was allowed to learn about every religion when I was a kid. I think it’s good to take different pieces of different religions that you connect with, and I think that’s how we’ll do that.”

While she may have a baby now, Gigi Hadid is in no rush to do any new projects anytime soon. In fact, motherhood has definitely taught her a thing or two about life. She explained to Vogue: “You have a kid and you’re lying in bed together and you look over and you’re like, ‘Okay, what now?’ And you ask all of your friends the same questions, and everyone has a different answer.”

“And that’s when you kind of realize that everyone figures it out for themselves. And you do it in your own way, and you can take bits and pieces from people, but you’re always going to end up doing it a little bit differently. This is our way”. When speaking of her baby, Gigi Hadid added: “She was so bright right away. That’s what I wanted for her, a peaceful bringing to the world.” 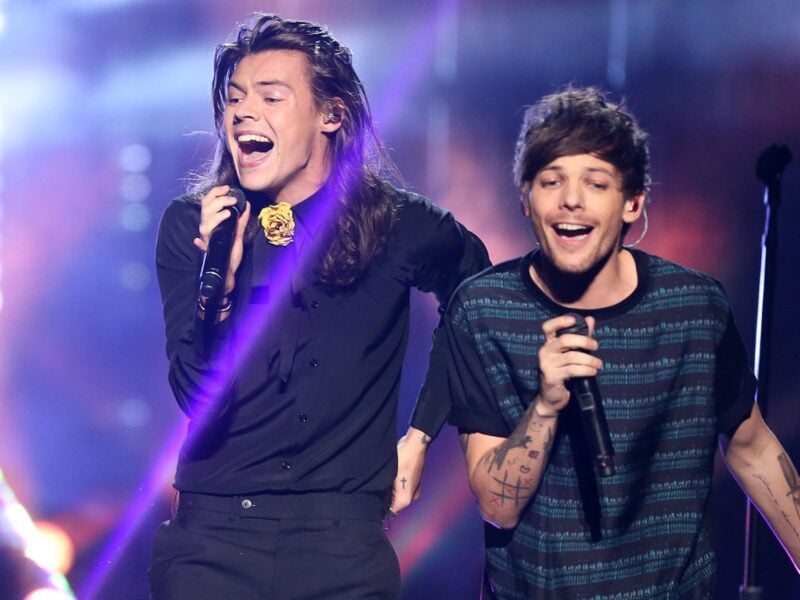 Will Harry Styles reunite with Louis Tomlinson on his new album?