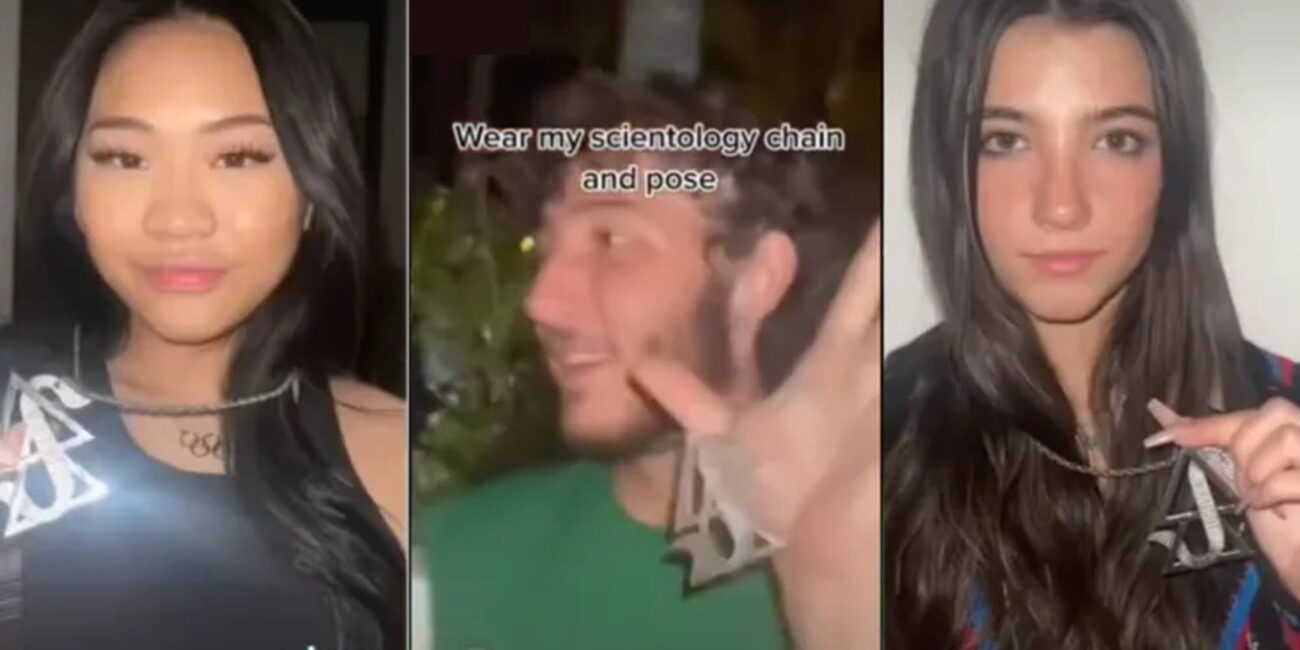 As the years progress, it only seems like news headlines on celebrity culture just sound more and more absurd. Are you ready for another one of those crazy headlines? Well, get this. The latest celeb news that has been receiving all the buzz revolves around Frankie Jonas, the youngest brother and yes, the one that is not a part of the Jonas Brothers. While Frankie Jonas isn’t musical, he’s actually quite loved on the TikTok app.

With the rise of TikTok, Frankie Jonas began to build up a big following on his account by posting hilarious videos. Soon enough, he himself gained tons of fans who loved him for his funny personality. However, now he’s getting a bit of criticism from folks on social media, as – wait for it. . . the star recently posted tons of pictures of huge stars posing with a Scientology necklace. Let’s take a look at all the details we know of here.

We never thought we would expect to see the phrases Frankie Jonas, TikTok, and Scientology all wrapped up in one big sentence on trending news headlines today, but yet here we are. The twenty-year-old star recently has been getting a bit of heat after he posted a video of tons of big stars ranging from Olympics star Suni Lee to TikToker Charli D’Amelio posing with a Scientology necklace thanks to one of his recent pranks.

The video which was uploaded to his TikTok account opened with Frankie Jonas himself sporting a chain with a big pendant in the shape of the symbol of Scientology, which is a controversial organization that has been deemed a “cult” by many. The symbol consisted of two overlapping triangles with a letter “S” cutting through them. The text on top of the video read: “Wear my scientology chain and pose”. That’s when it gets a bit messy.

While it’s no surprise to most folks that some of the biggest stars are part of the Scientology organization, it was definitely a shock to see some of the people who ended up being a part of the video. Frankie Jonas included a slide of pics of all kinds of people, probably at a party, in the TikTok. The most well-known faces included TikToker Charli D’Amelio, Olympic gymnast Suni Lee, and star Lil Huddy. Could it get more random?

While it seems like no one who ended up posing with the Scientology necklace seemed to know what was going on or what the chain even represented, it was enough to receive a bit of controversy and heat. After all, the Church of Scientology is often referred to as a “cult”, and The Irish Times had even written that the group is seen as “dangerous and manipulative”, and was often “engaging” in “suppression and harassment”. Yikes. . .

From what we know so far, Frankie Jonas himself isn’t even a part of the Church of Scientology, although we can’t really know that for sure, because how else was he able to get that necklace? Eventually though, the TikTok got so much heat that Frankie Jonas deleted it. We’re sure this was a situation that made his publicity team break a sweat. For what it’s worth though, some folks on social media are loving Frankie Jonas more.

Some people have been lightening the mood on this controversial news by finding a sense of humor in the situation. One user on Twitter @katiemedleyy wrote: “Frankie Jonas coercing oblivious TikTokers into posing with a Scientology necklace is absolutely my favourite thing to happen this year” while @micahhomgg shared: “He’s not seeing heaven 😭 I know their publicists are crying and throwing up rn”.