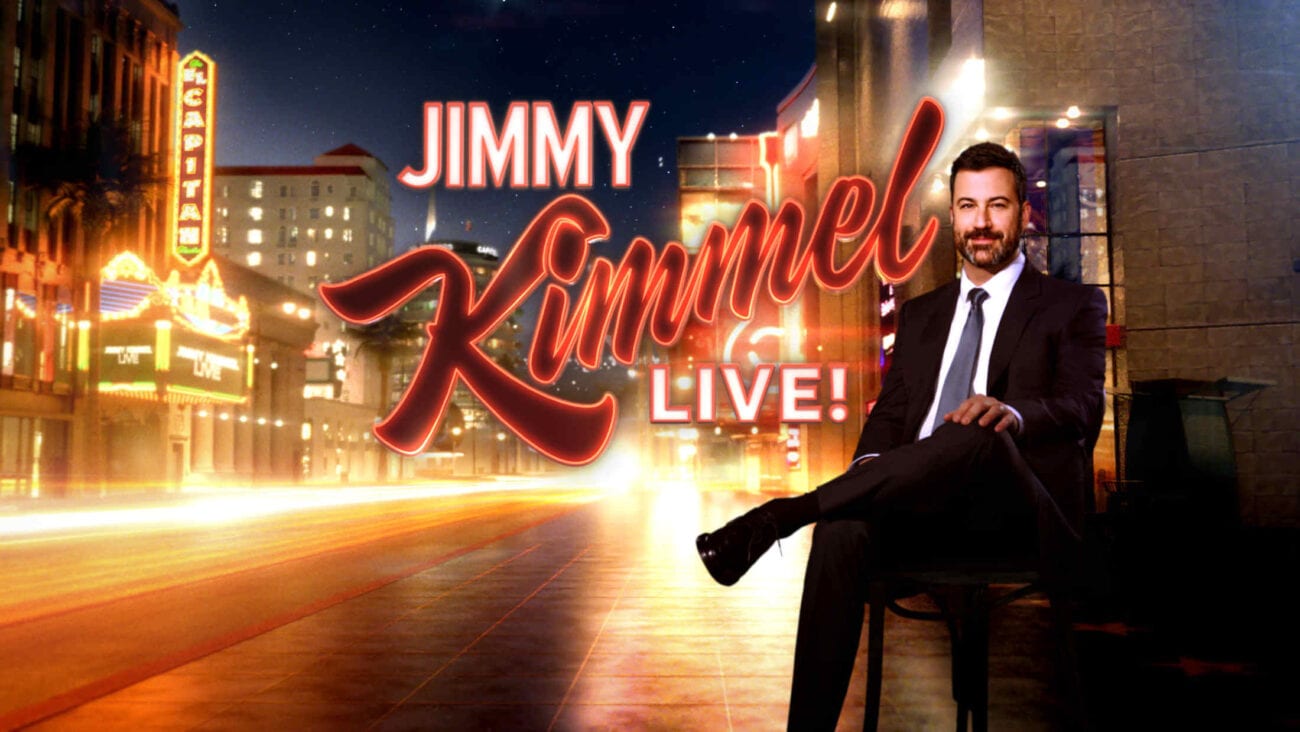 The guest hosts on ‘Jimmy Kimmel Live’ who are way better

Jimmy Kimmel Live! has some new celebrity guest hosts as Jimmy Kimmel has decided to take the summer off to spend time with his family. Not that anyone is complaining as many of the guest hosts have proved to be great at running the show and have also managed to treat their guests with respect. 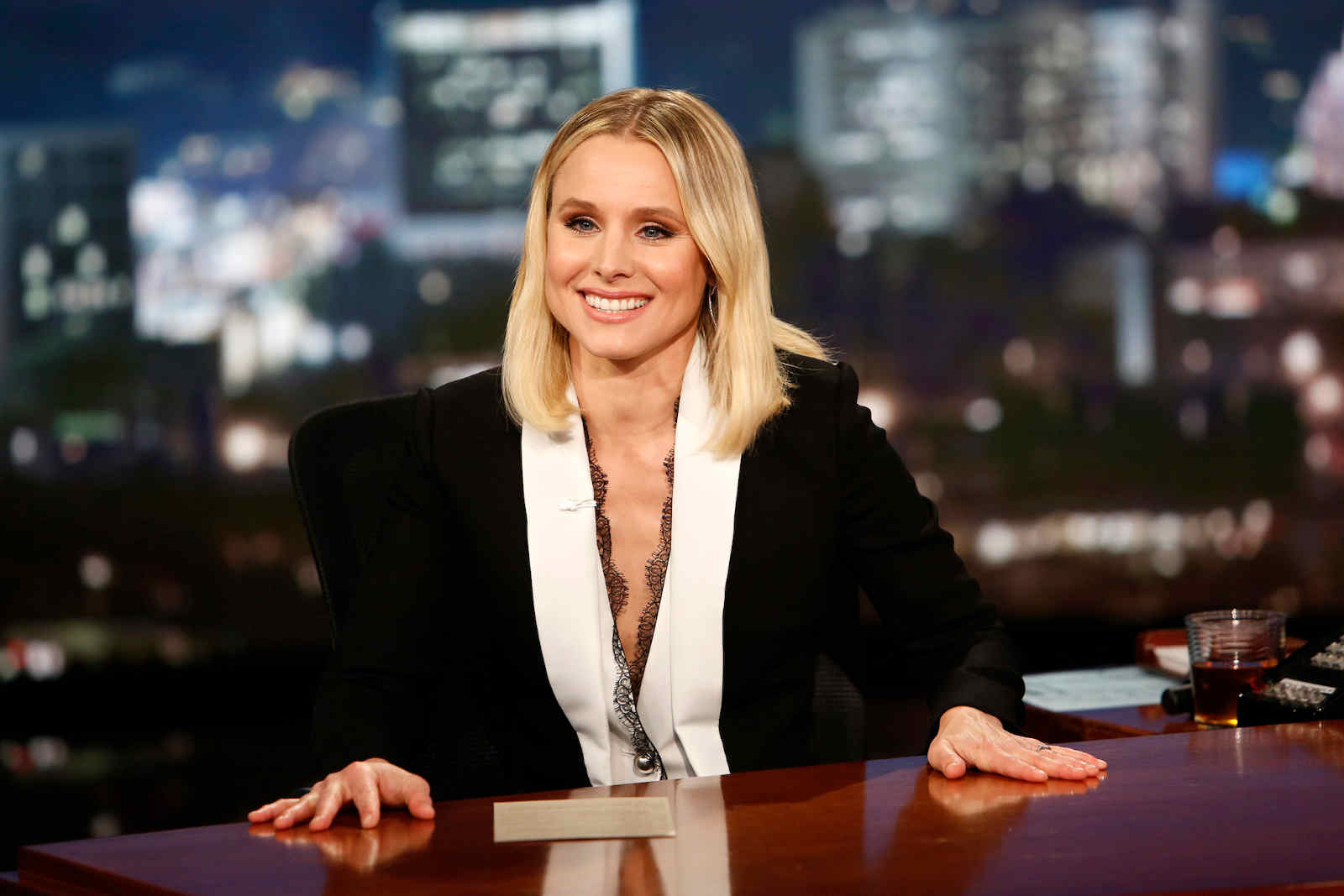 One of the most charismatic, funny guest hosts to grace the stage on Jimmy Kimmel Live! is Kristen Bell. Her fun but laid-back approach to interviewing kept the audience fully engaged and ensured that her guest, Charlie Hunnam, was comfortable enough to tell the adorable story of how he rescued his pet cat.

Kristen Bell has done her fair share of hosting, even taking over on The Ellen DeGeneres Show on one occasion when she again proved her mettle as a hosting heavyweight. We’d love to see a woman snag a slot on late-night TV and honestly, Bell is perfect for the job. 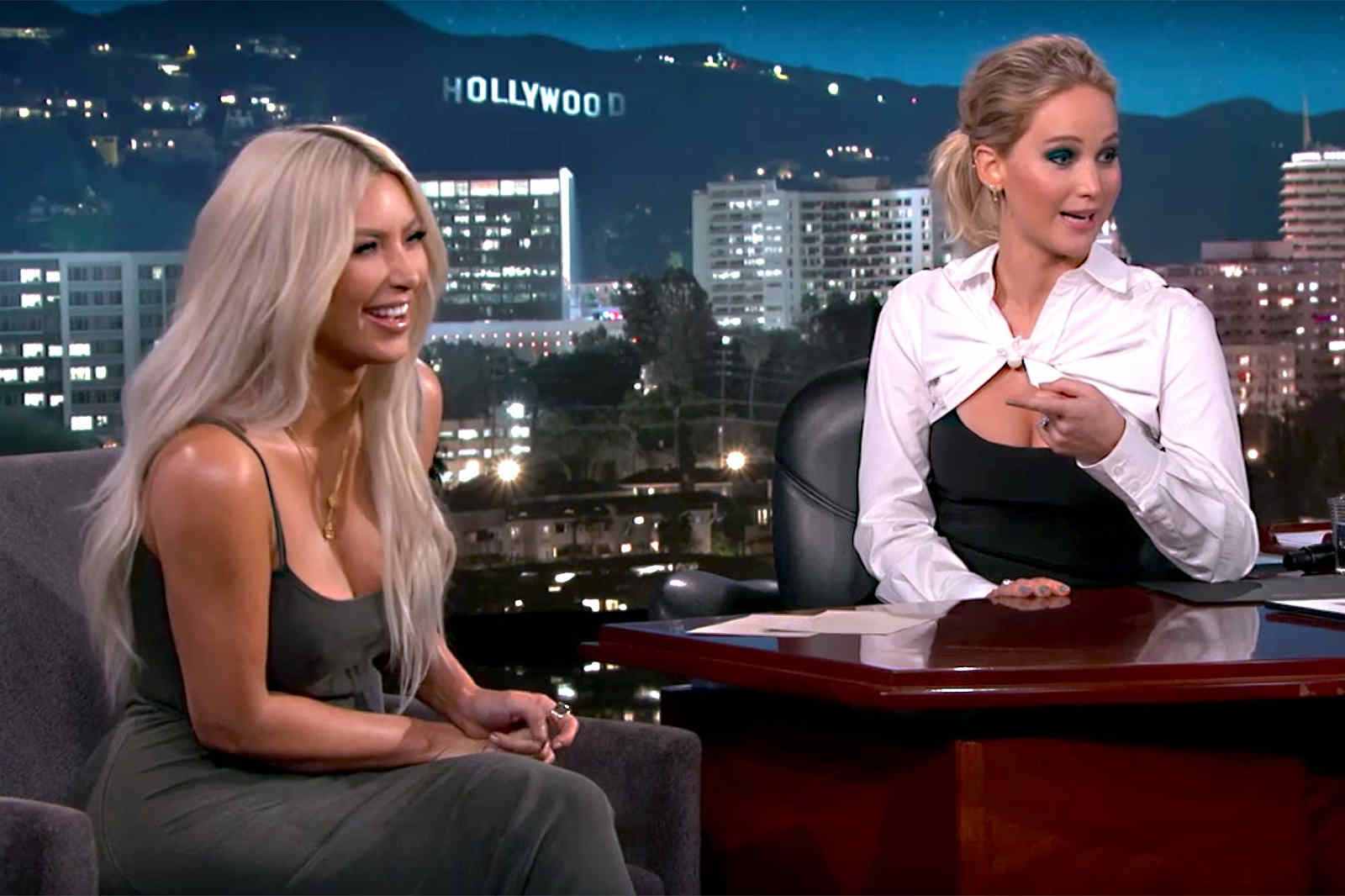 Speaking of women on late-night hosting, Jennifer Lawrence did a great job when she filled in for Jimmy in 2017. Lawrence’s signature blend of irreverent & self-deprecating humor was perfect for the late-night setting and for making the interview with her guest Kim Kardashian a genuinely comfortable experience.

While Lawrence was at times a little scattered but she kept the night moving at a good pace. Even when Lawrence stumbled a bit here and there, her good-nature kept the audience laughing & wanting more. 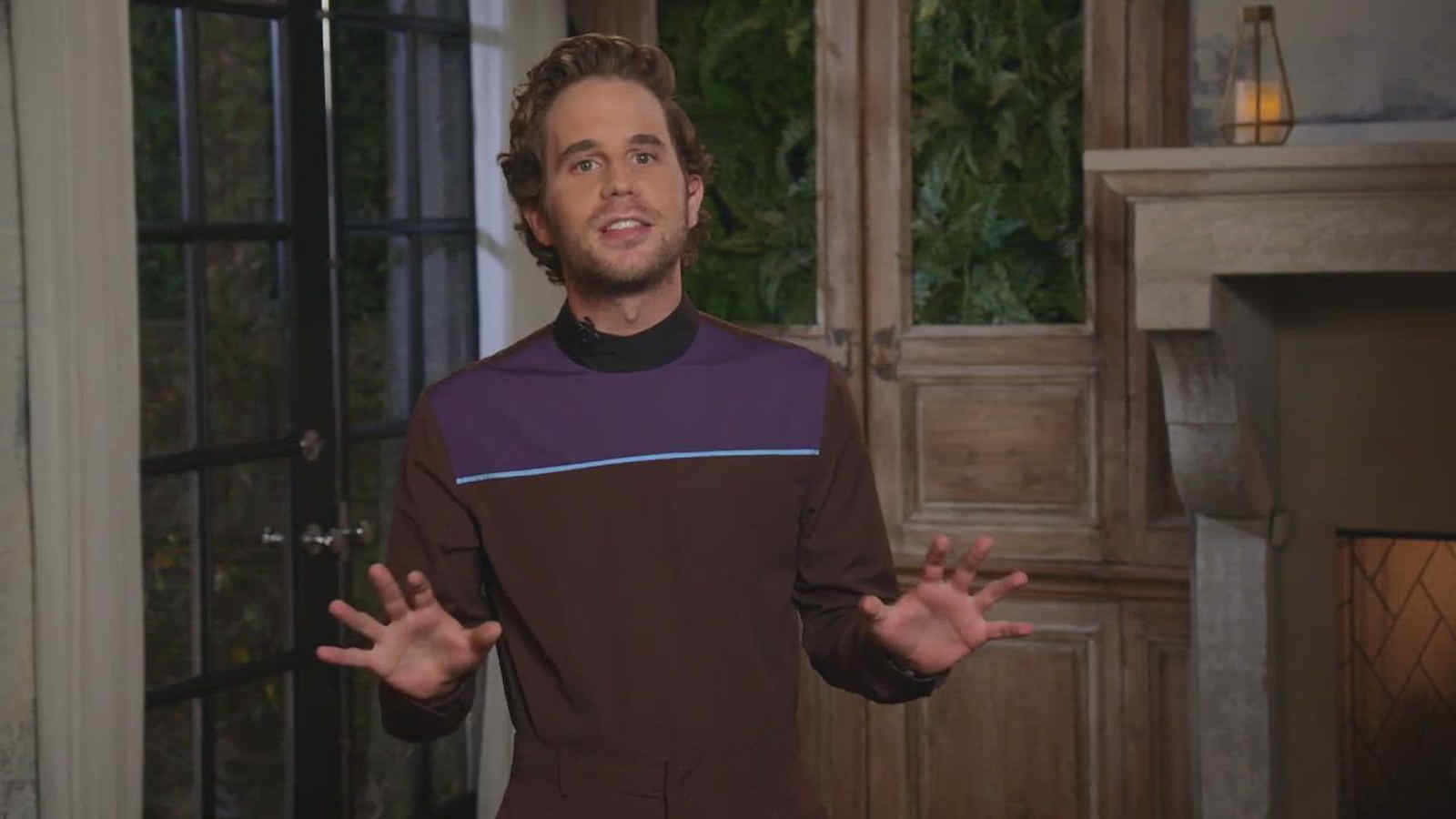 Ben Platt is one of the guest hosts in 2020 who had the not-so-easy task of entertaining in the show’s new coronavirus setup. As a theater actor used to the response of a live audience, it was new ground for Platt to deliver a monologue to a camera but he pulled it off beautifully, managing to land plenty of jokes and wrinkle the forehead of a cameraman or two.

We’re also patiently waiting for Ben Platt to release the Quran-Tunes album he teased during his monologue. Seriously, Ben, take our money. 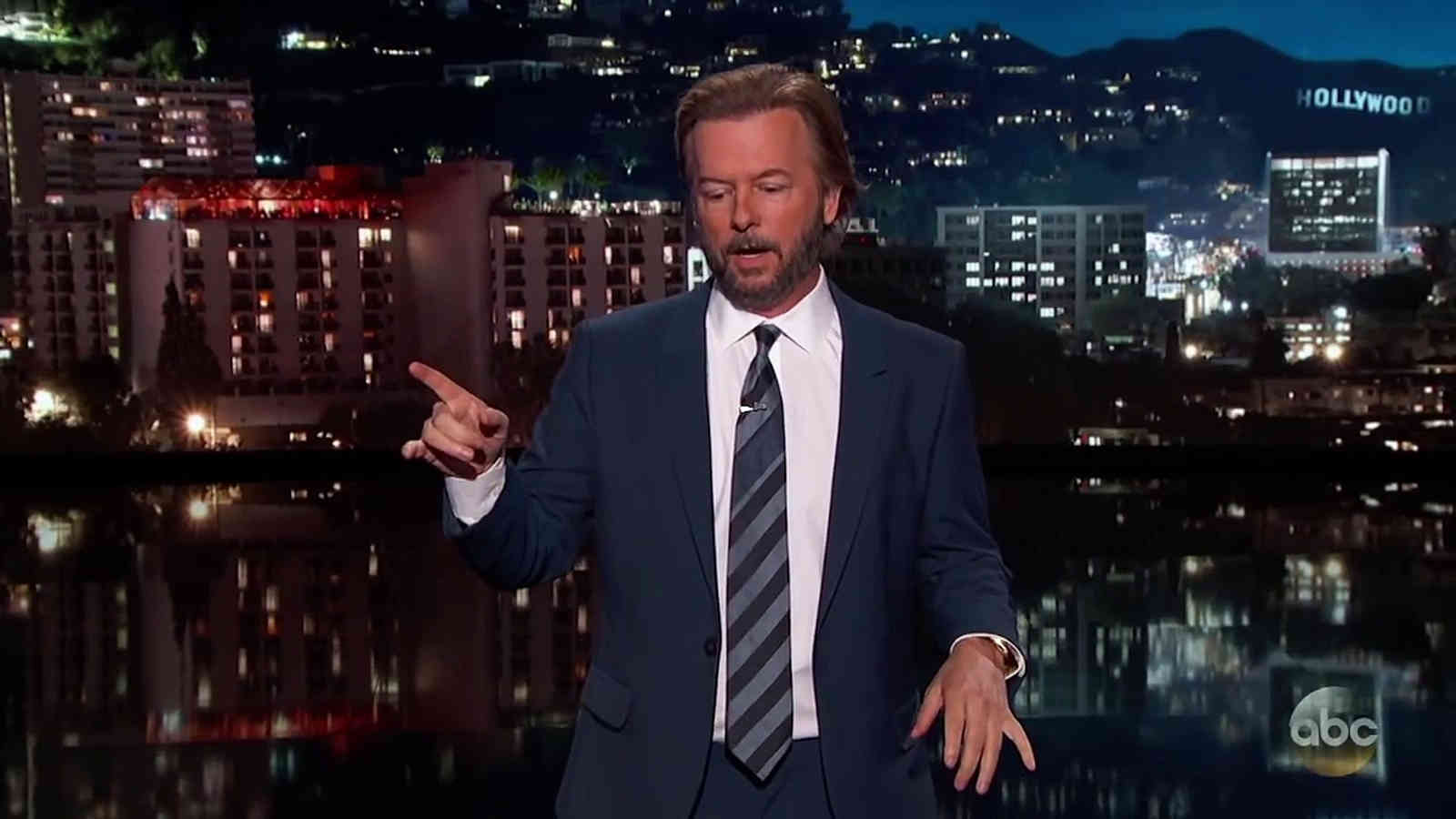 David Spade is an old-hand at live television as a seasoned SNL alum. In 2017, Spade guest-hosted Jimmy Kimmel Live!, keeping it so casual we weren’t sure if Spade was aware he was on live television.

Spade kept a hilarious bit going with Guillermo that had the late-night sidekick sitting in a chair from the show The Voice, deliberately ignoring Spade. Then David Spade topped it off with a delightfully awkward interview with Courtney Cox that was a refreshing change of pace from the sometimes overly polished style of regular late-night hosts. 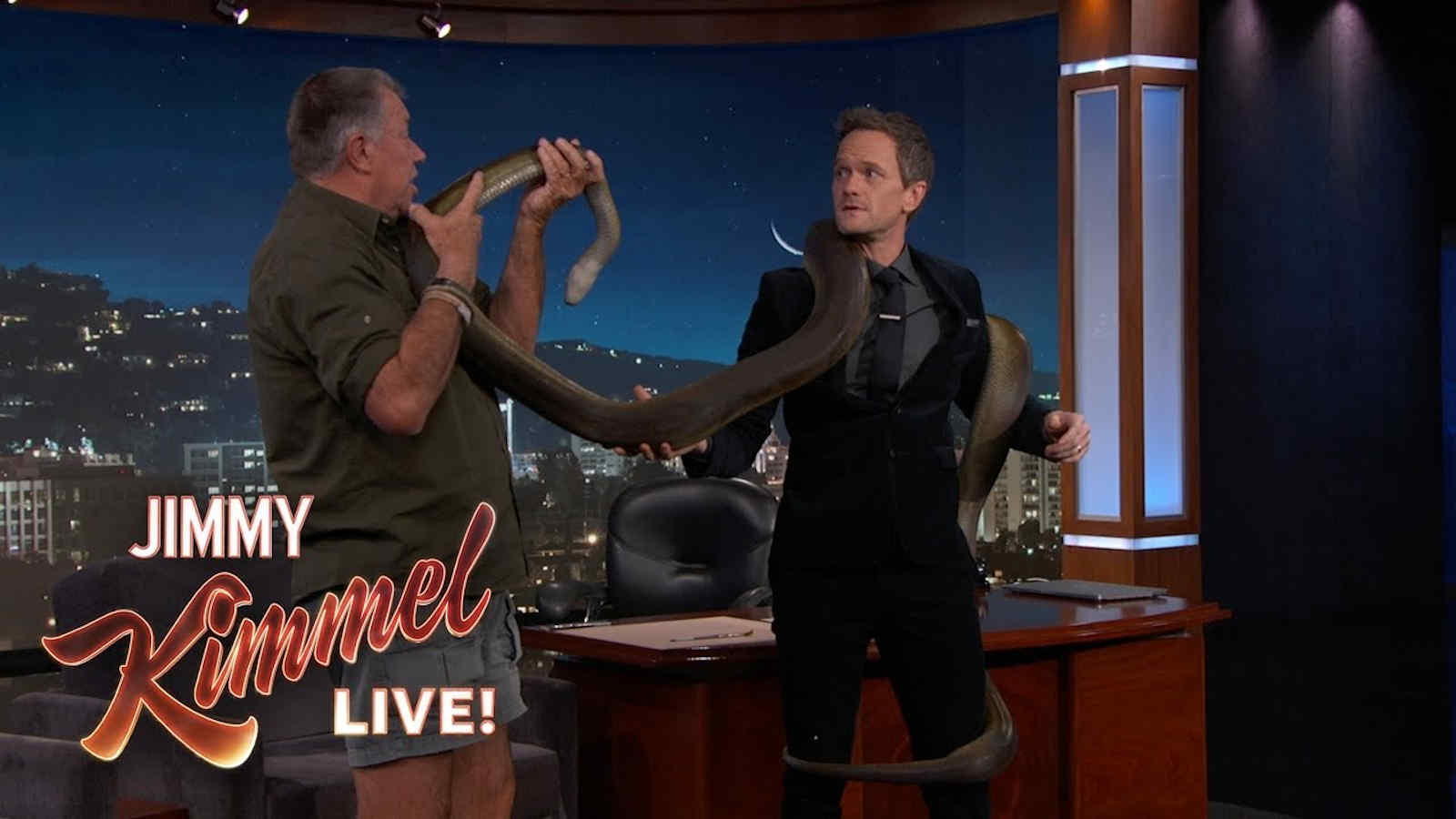 Neil Patrick Harris could host anything with both hands tied behind his back and just a pair of tap shoes. Harris kept his audience entertained from the moment he bounded out for his opening monologue to the show’s goodbyes.

The best part was watching Harris calmly palm a couple of scorpions when a reptile expert Jules Sylvester came out with a veritable menagerie of reptiles & arachnids. Unlike so many other late-night hosts who whimper their way through animal segments, Harris boldly allowed himself to be draped with a python while keeping up a pleasant conversation. 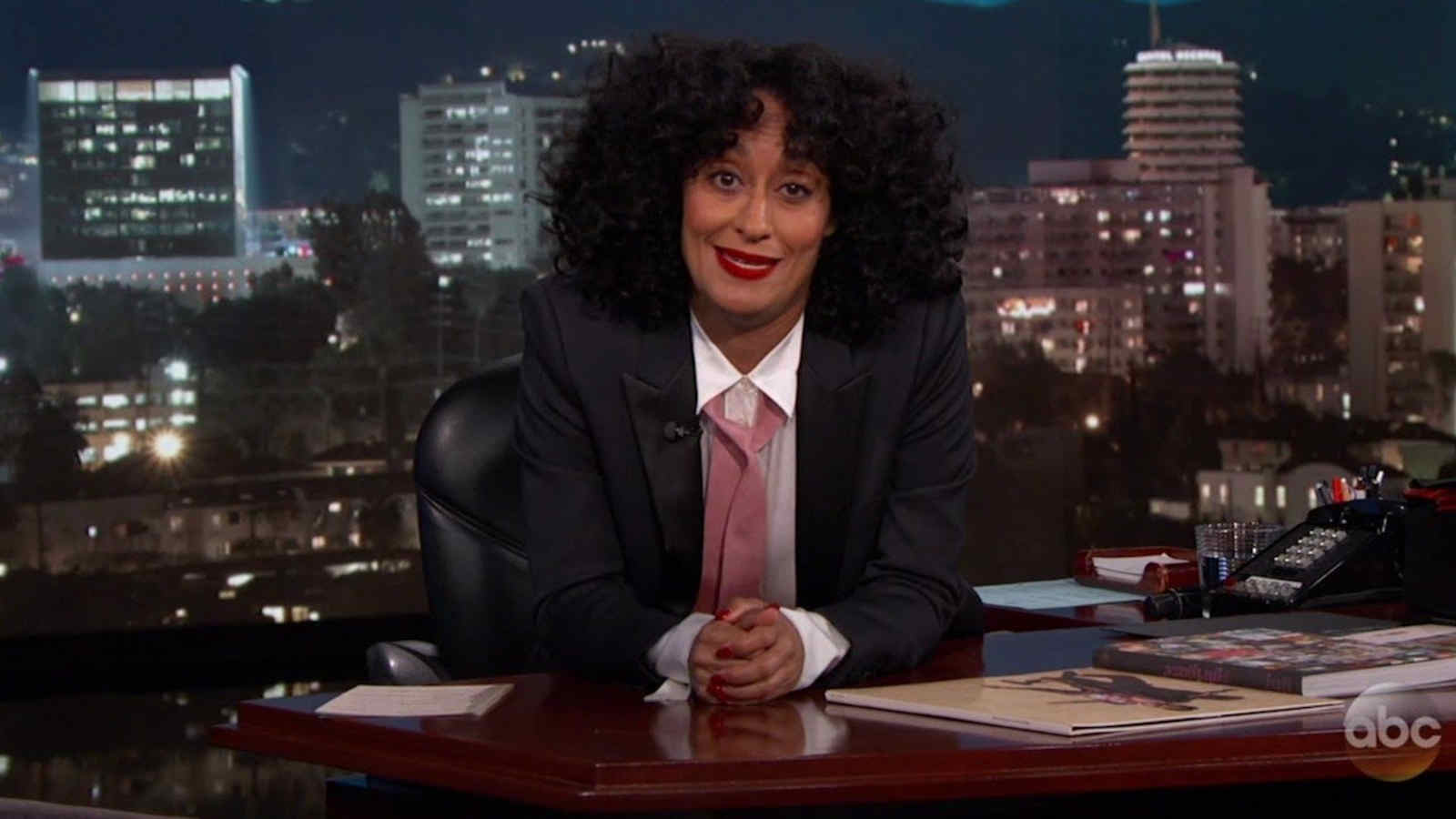 One of the most uplifting guest-hosts to take over for Jimmy Kimmel was Tracee Ellis Ross who jumped into her opening monologue with some rapid-fire jokes. She kept the pace light & fun-filled and even allowed us a peek into her prolific bowl collection.

Ross drew a reserved Mary J. Blige out of her shell with some simple, low stakes questions and even managed to get Blige laughing. Tracee Ellis Ross is another female guest host we’re itching to see get her own late-night show. 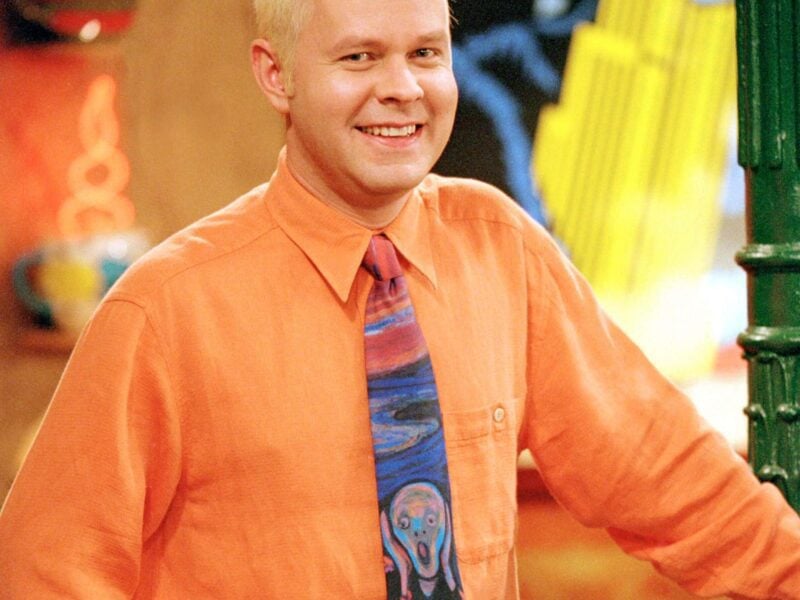