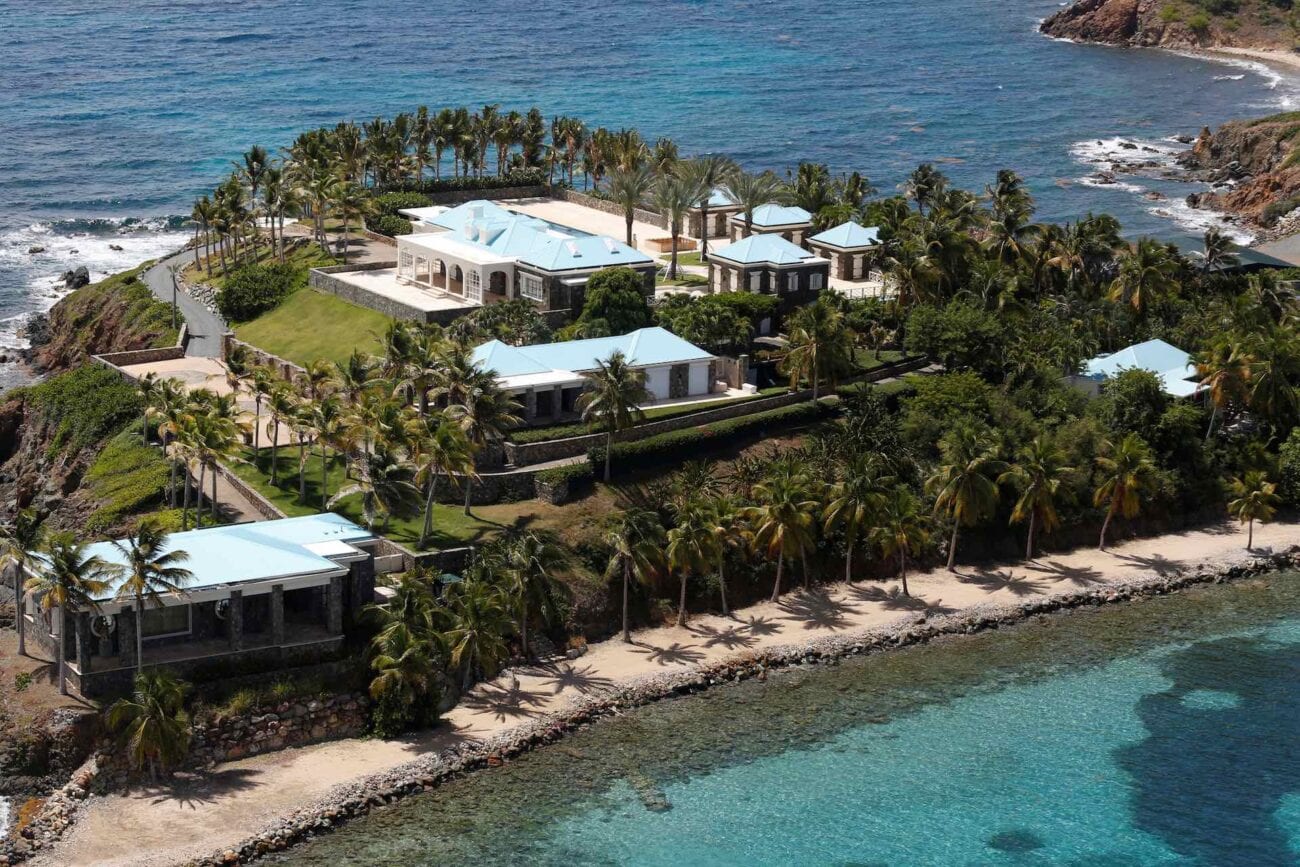 The creepiest photos of the Jeffrey Epstein island: You need to see these

After we learned what happened on Little St. James, the nicknames made sense. Child sex offender Jeffrey Epstein owned the island for over twenty years, allegedly bringing underage girls with his plane named the Lolita Express.

Since Epstein’s arrest in August 2019, people have been trying to get a glimpse of Little St. James. Some news outlets and videographers managed to take photos of the island and its strange architecture. Here are some of the creepiest photos of Epstein’s infamous island. 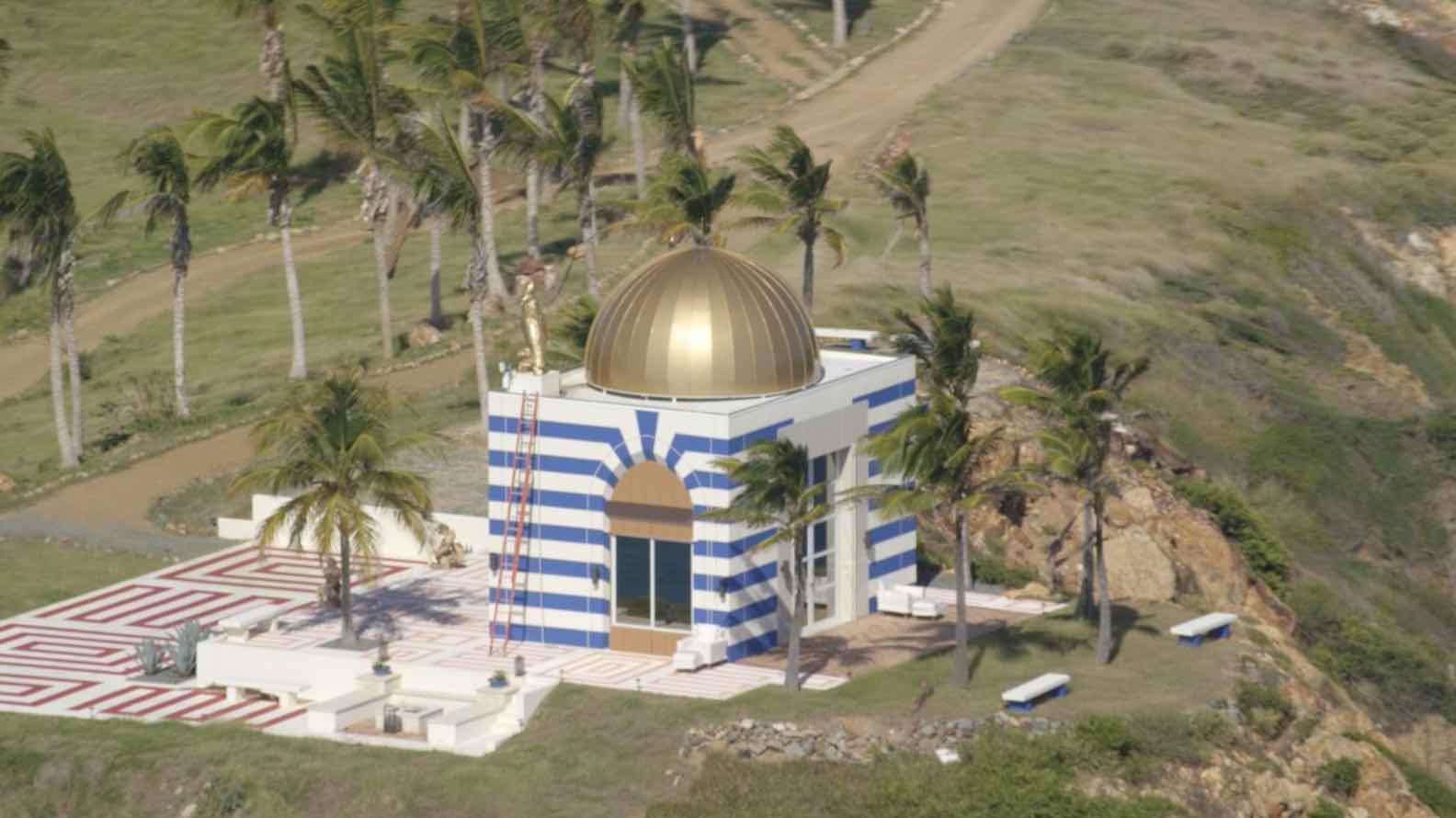 This building looks like a temple and that’s just one reason why this is an unsettling piece of architecture. It’s too small to live in and it’s too isolated from the other buildings on the island — so its purpose is unclear. We may not know what the piece of architecture was used for but it’s creepy nevertheless. 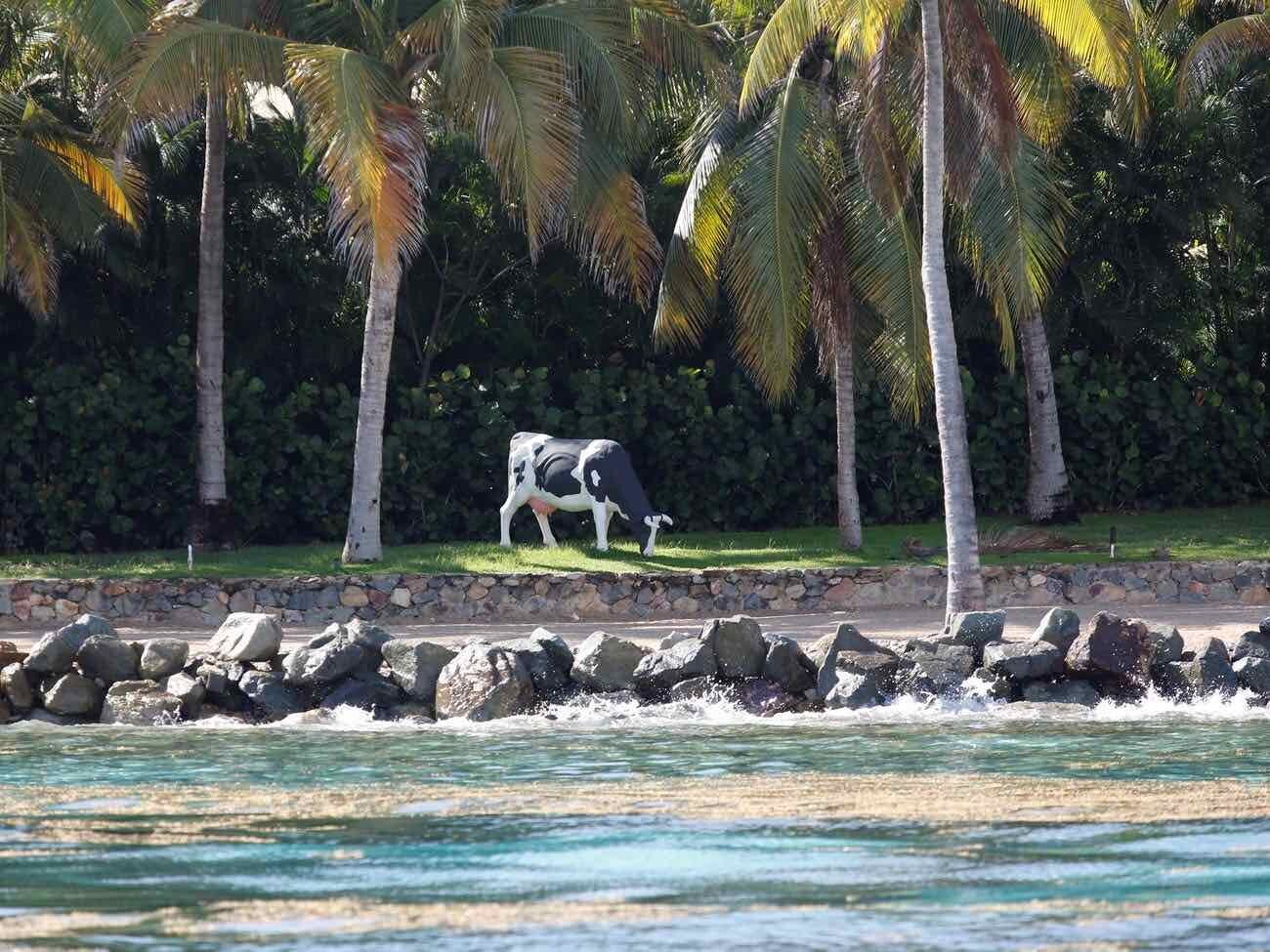 Apparently, Epstein placed life-sized cows all around the island. Staff members were tasked to regularly move the cows around the island for an unknown reason. It’s a weird request, to say the least. 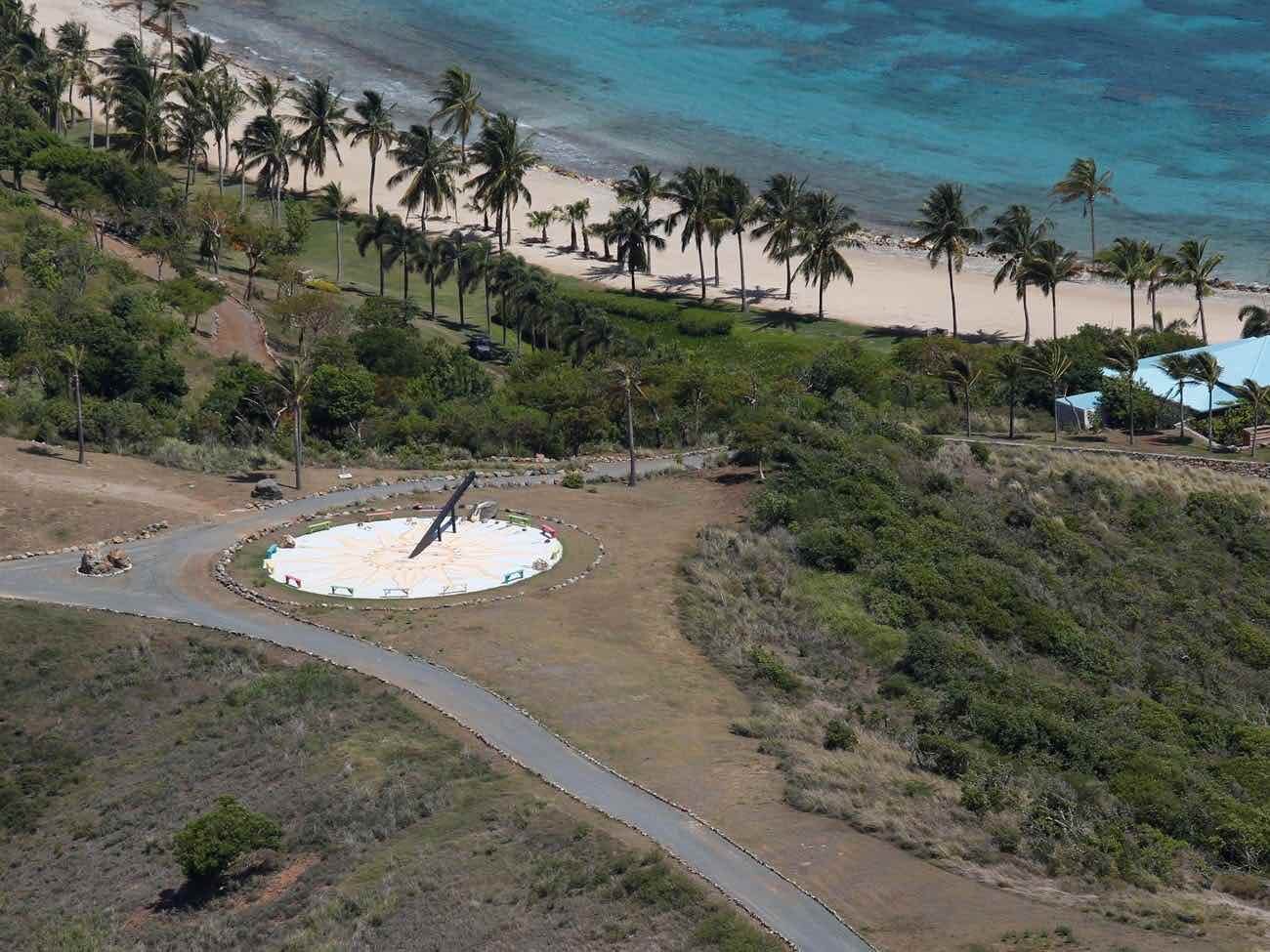 Why does Little St. James have a sundial? That’s a good question, especially since it’s 21st century. It’s even stranger with the circle of colorful benches surrounding the painting of a sun. 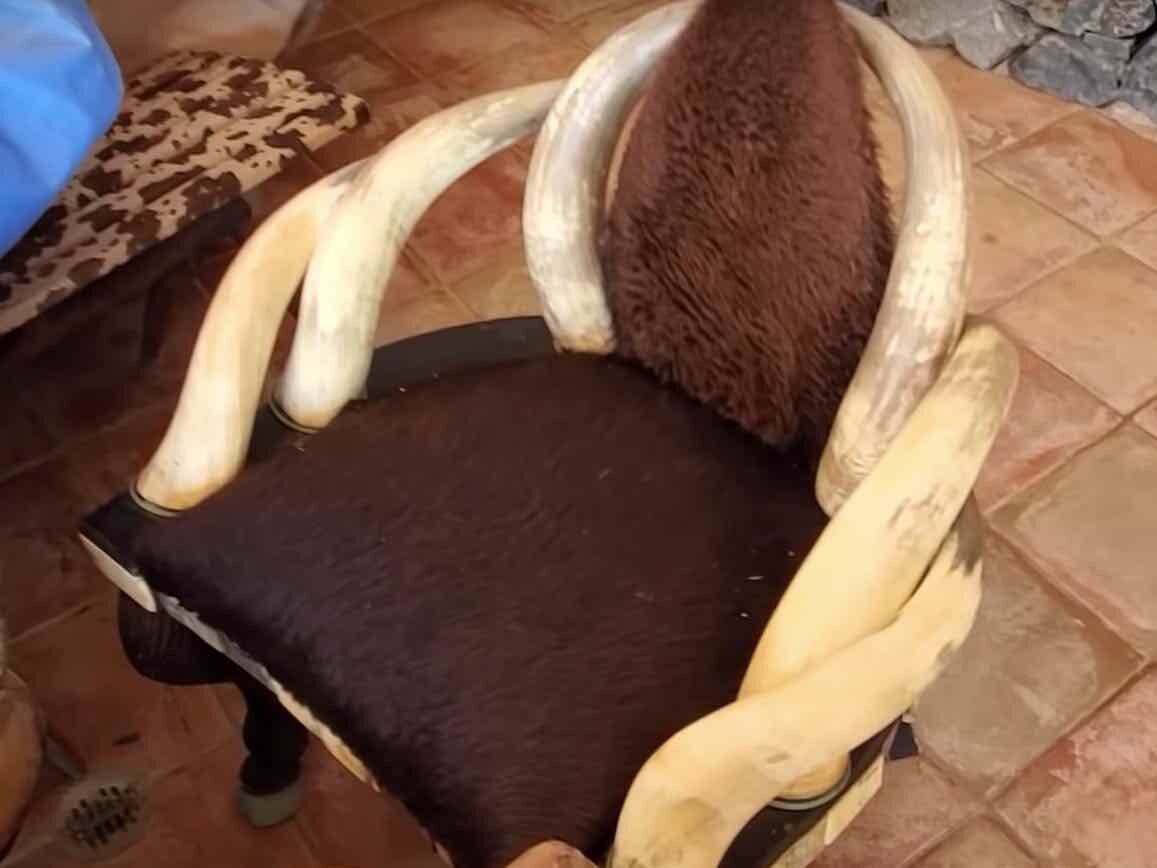 A pair of YouTubers managed to capture a glimpse of Epstein’s island in 2019. Their video gave us a taste of how Epstein liked to decorate. It’s a bit strange.

Take this chair, for example. There’s something weirdly discomforting about this odd-looking piece of furniture. It looks uncomfortable to sit in and its materials are suspiciously animal-like. Utterly chilling. 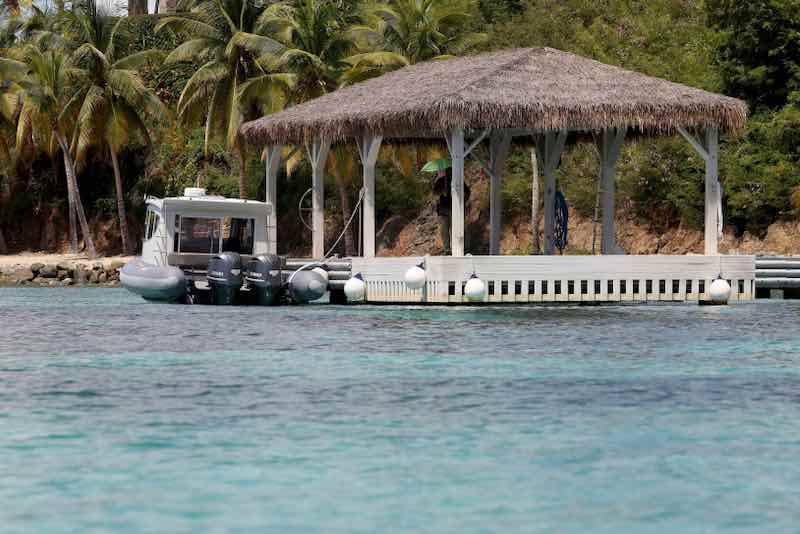 Security guard at the dock

For some reason, security guards still walked around the residence, even after Epstein’s arrest. With such high security and only one accessible dock available, it might be better to stay far away to escape entrapment. 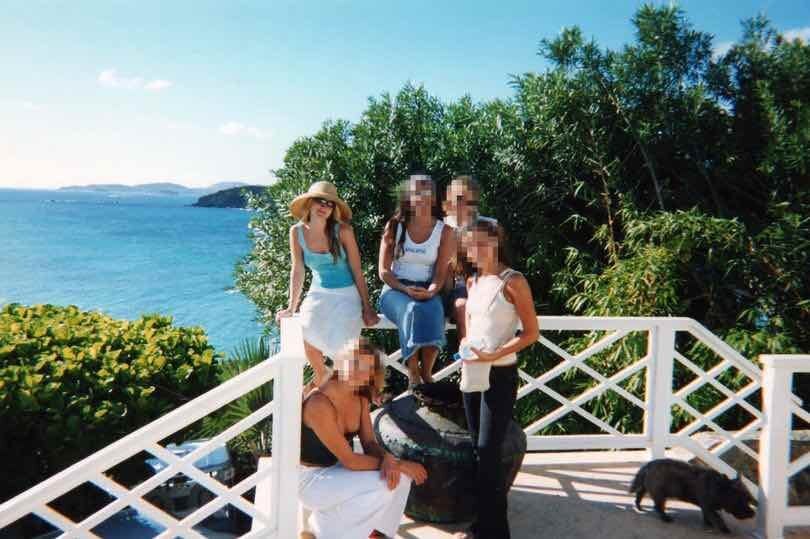 Group of young women on the island

Epstein survivor Chauntae Davies released this photo of herself with a group of young women on Little St. James. Knowing what probably happened to these women makes this seemingly innocent photo especially disturbing considering it looks like something influencer Rivika Mani might’ve posted on her Instagram. 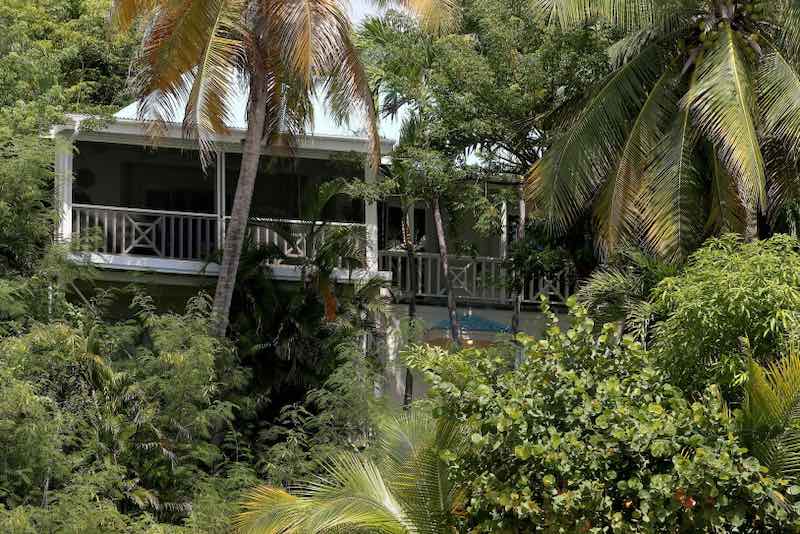 With the windows hidden from view and a particularly dark entryway, you can put this building on the growing list of creepy structures located on Epstein’s island. Here is our Custom Notebooks with theme of the Jeffrey Epstein island.

Jeffrey Epstein’s private island saw many guests visit over the years. Here’s our article showcasing the latest flight logs from the Lolita Express.