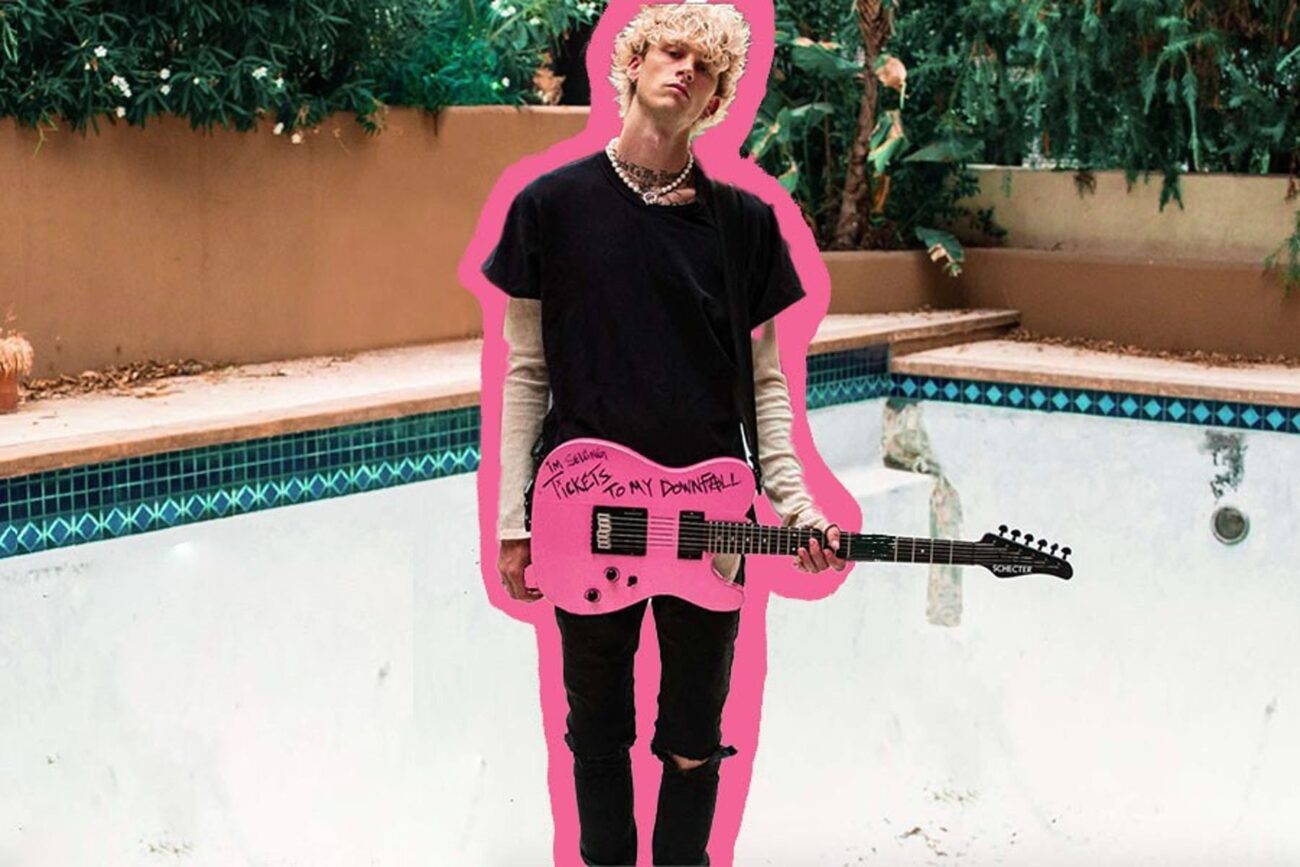 In a fit of rage, it appears as if ex-pornstar and former ECW wrestler Jasmin St. Clair wants to kick the crap out of musician Machine Gun Kelly, noting how she wants to “knock the little jewels off his face.” Huh? The forty-eight-year-old recently commented on the scrap that Machine Gun Kelly had with fighter Connor McGregor at the 2021 VMA awards, in which Connor threw water on MGK after getting rejected for a photo.

“I formally challenge MGK to beat the s#!+ out of him,” she says. “Isn’t that illegal? Yeah, I’ll be able to fight him. Yeah, I’d seriously love to knock those little jewels off his face and just knock whatever he thinks he has going on up there out. I’d go for the nose first. He’s annoying. First of all, what that hot girl is doing with him I like have no idea.” Where is all this hate coming from, Jasmin St. Claire?

“And then it’s like he picks at everyone, and the jewelry on the hair. He looks like a third-rate Tinkerbell. I just, I don’t like him. Like what’s your music? What’s your branding? It’s so stupid. It’s everything I cannot stand,” she went on. “It’s more like he’s just a kid who dresses up in his mother’s clothes and his girlfriend’s jeans or something.” Ok, we’re gonna take a hate break and learn more about MGK. Maybe that will help explain? 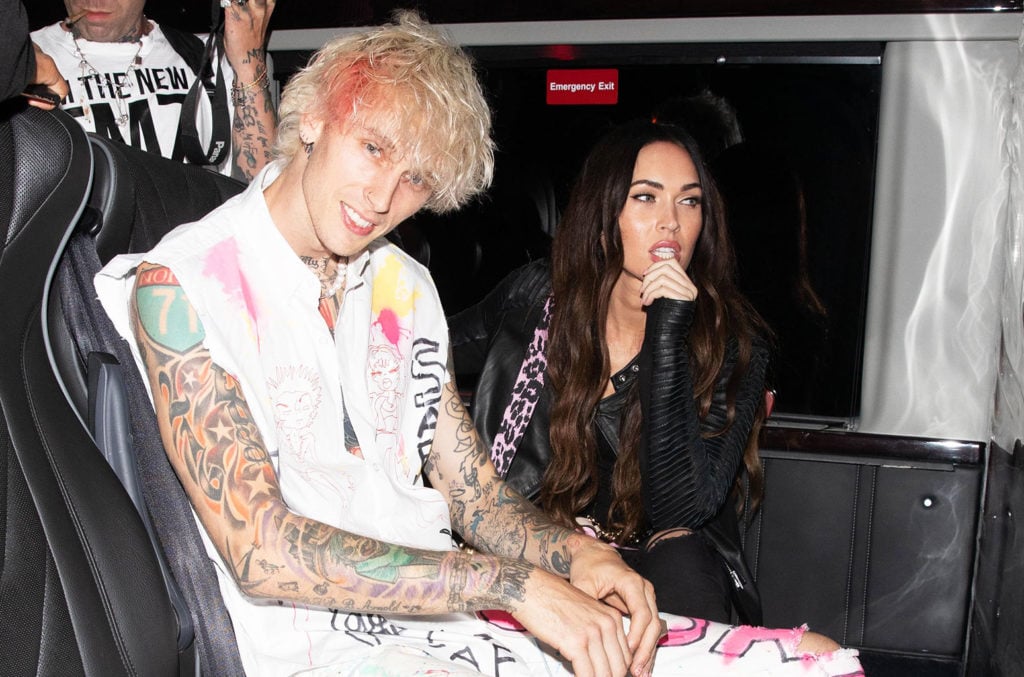 What about Machine Gun Kelly?

This tall glass of water famously got into a feud with rap icon Eminem a few years back, exchanging diss tracks that poked fun at each other. Luckily, this feud was more humorous than anything, and not your standard East Coast vs. West Coast rap feud of the 1990s. Geez, it certainly seems like MKG has a thing for feuds, right?

Machine Gun Kelly went on to also grow as an actor, appearing in small roles in projects such as Netflix’s Bird Box, as well as 2020’s The King of Staten Island, starring his real-life good friend Pete Davidson where Kelly plates a tattoo artist. However, meeting his true ride or die came shortly after . . . 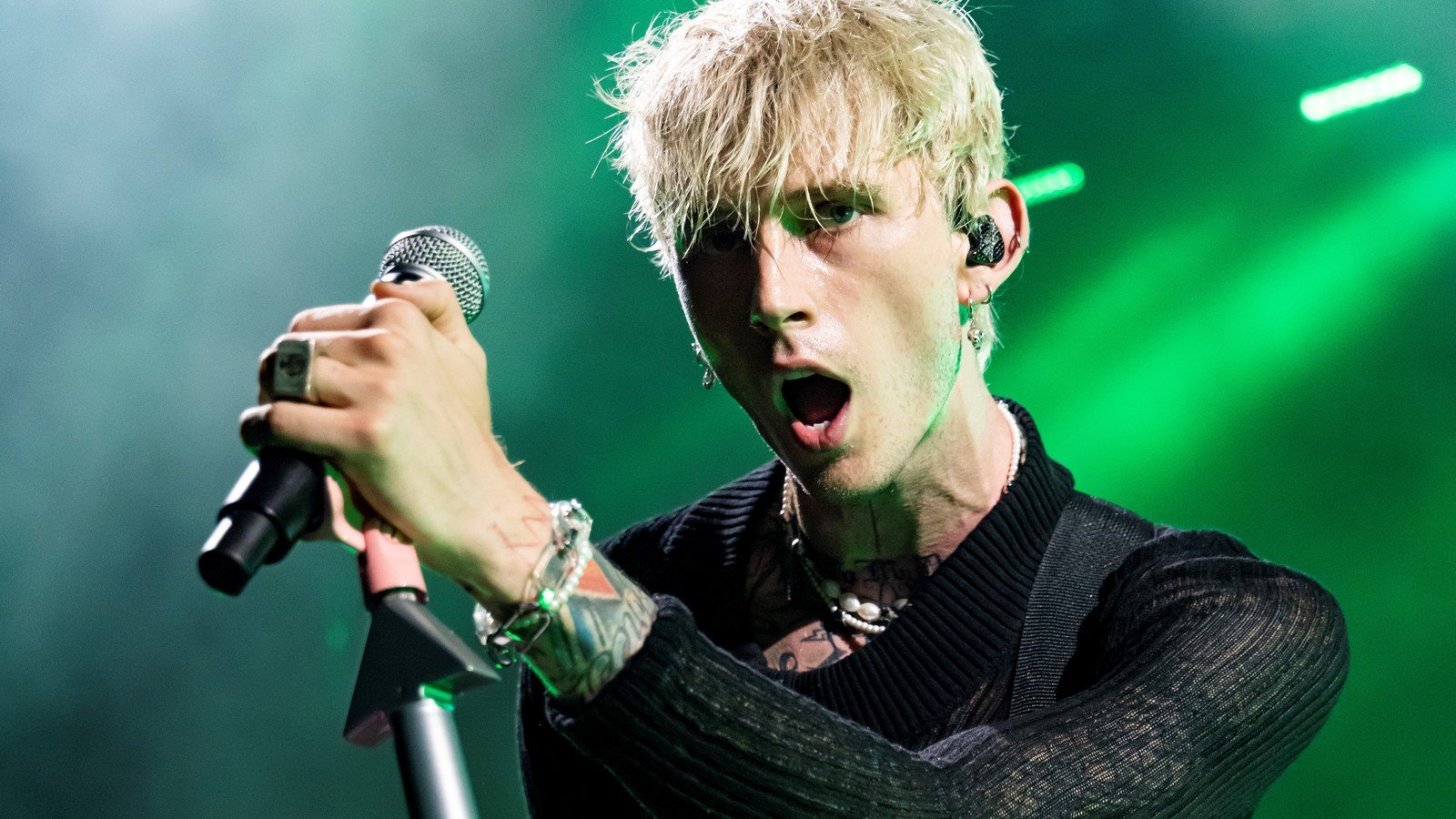 Machine Gun Kelly and Megan Fox first met on the set of Midnight in the Switchgrass last March, a 2020 film that eventually delayed production due to the current global pandemic. However, this didn’t stop the pair from hanging out, as well as being spotted in multiple tabloids. As well, while the pair didn’t even bother showing up at the film’s premiere last month, it’s clear that something good came from this project.

When Machine Gun Kelly’s “My Bloody Valentine” music video dropped last June, featuring a sexy Megan Fox, it was all but confirmed that both Machine Gun Kelly and Megan Fox were finally coming out as a new couple. Last October, Machine Gun Kelly told NME that falling in love with Megan Fox made him a better person, and how that the “universe caught on” to him wanting to make a change.

Fox, in a later interview with Nylon, said that loving Kelly was like “loving a tsunami or forest fire”, and how the “intensity of merging with him is just overwhelming”. Today, having introduced him as the closing performer at the 2021 MTV VMAs as her “future baby daddy”, it’s obvious that these two are ridiculously in love with one another.