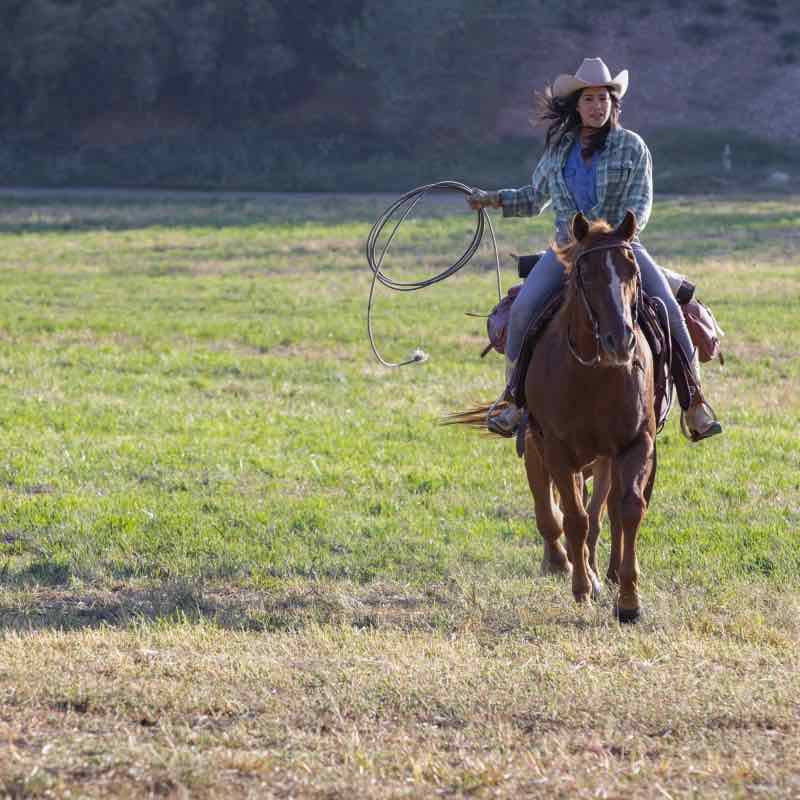 Last week when we saw Jane she’d just agreed on a trip with Michael deep into the boondocks (Montana) with ex-husband Michael/Jason and his faithful hound Bo, leaving in her wake a heartbroken Rafael.

Michael was hoping that getting out of Miami would help him and Jane work out their feelings for each other outside the chaos of their everyday lives: love triangles, baby daddies, murderous drug dealers, amnesia, lying twins, a hook-handed fortune teller, long-lost fathers, etc.

Jane begins to regret her decision to go almost immediately after agreeing to it, but Alba and Xo as usual are the voice of reason.

Rogelio to the rescue

Whenever there’s a wardrobe crisis, we can count on superhero of telenovelas Rogelio to come to the rescue. When Jane needs help packing clothes for her trip to Michael/Jason’s farm, Rogelio is there as the doting father we all know and love.

He raids the closets of his previous Western-themed telenovela and brings all kinds of over-the-top outfits for Jane to wear. Each item brings much hilarity for the rest of the episode; bless you Rogelio.

After a journey from hell and three hours’ sleep, Jane wakes up in a bad mood. (There isn’t even cell phone reception at the ranch!) But when she sees the beautiful vista, she brightens considerably.

She adapts to her weekend away with aplomb, helping Michael out with his chores (horse-mucking, anyone?) and even showering from a galvanized bucket (when sparks begin to fly with Michael/Jason). 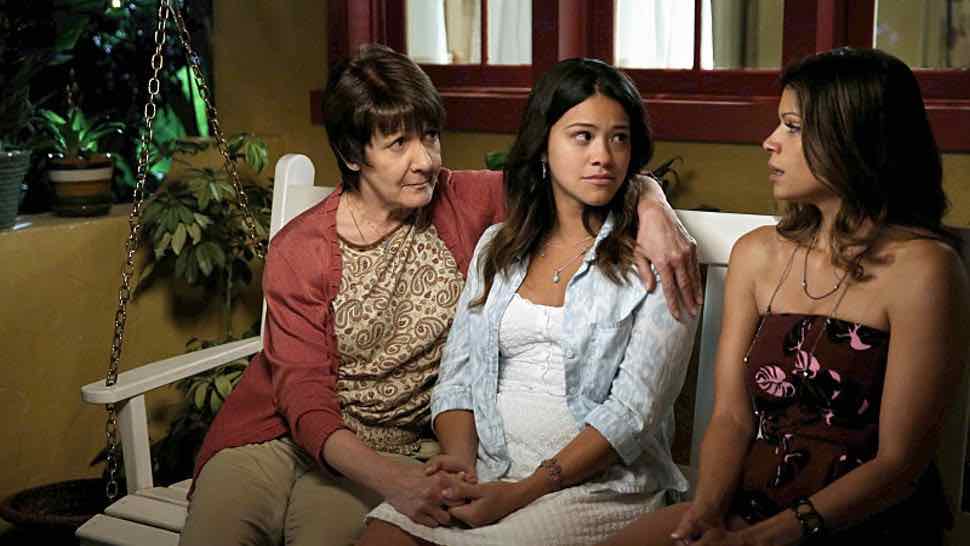 In a subversion of the typical Western trope, Jane finds herself sitting around a campfire with all of Michael/Jason’s country friends. (Spoiler alert: his friend Keith is a slamming hottie). It takes 45 minutes, but they dish the dirt on their crazy lives and story: love triangles, baby daddies, murderous drug dealers, amnesia, lying twins, a hook-handed fortune teller, long-lost fathers, etc.

The scene gives us all the campfire feels as sparks continue to fly following Jane’s bucket shower incident.

We’re still in stitches about the scene where Jane imagines telling Rafael that she’s moving to Montana to become a “ranch wife”. 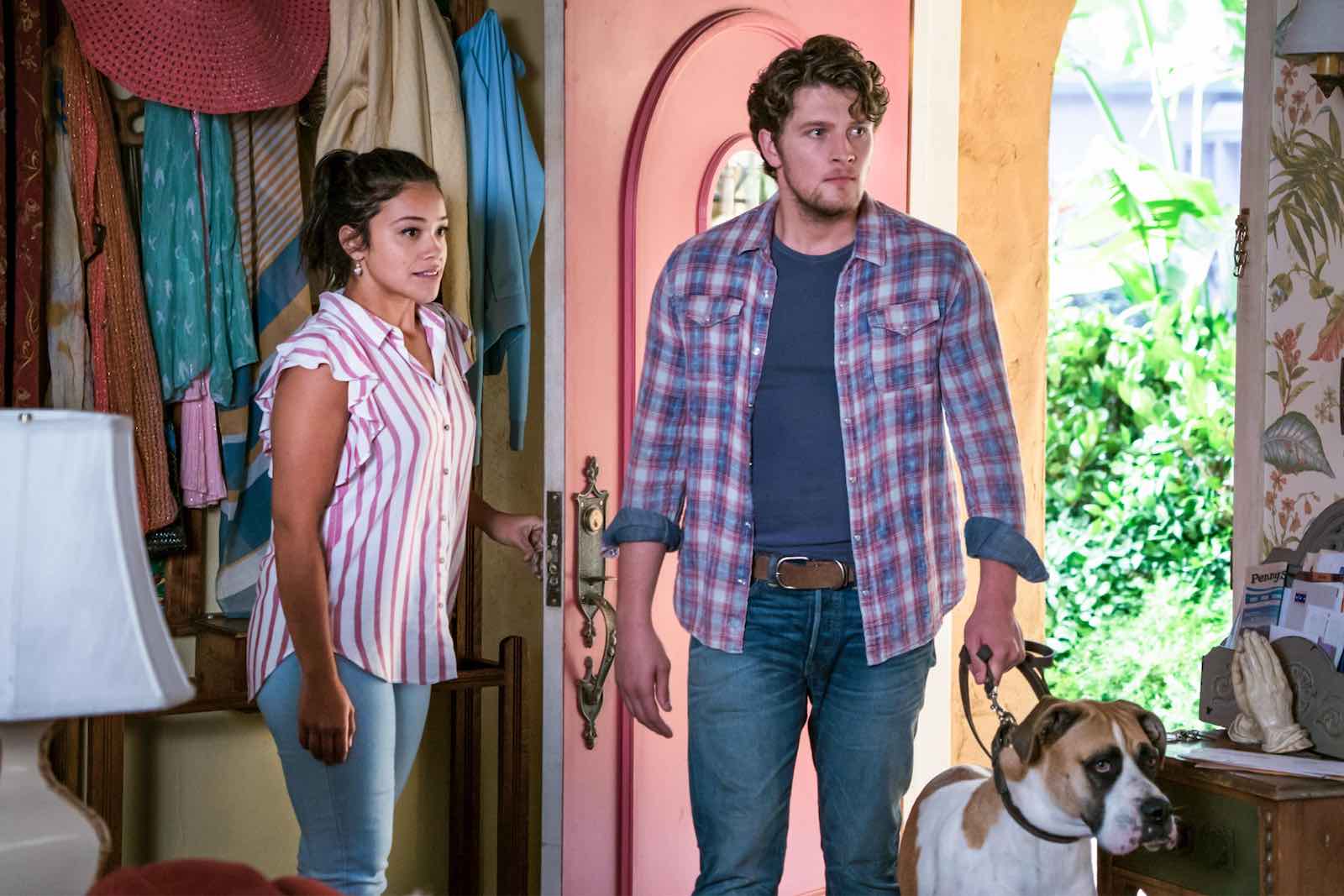 Jane & Michael/Jason vs. the stud

When bull stud Rocky escapes due to Michael/Jason’s lack of attention, he and Jane must haul ass (on horseback) to recover him – the perfect segue for Jane to get a lasso lesson. She masters the technique in no time (this is a telenovela after all) but gets herself into a sticky situation with Charlie after swiftly roping the bull.

Callback to one of the most romantic scenes of previous seasons

With the bull debacle solved and night falling, Michael/Jason announces it’s too late to go back to the cabin. They’ll just have to set up camp. As they lay looking up at the night sky, they finally get real with each other about their future. It’s a beautiful moment; Michael/Jason admits: “It’s hard to figure out who I am now.”

Jane finally admits the truth to herself and Michael/Jason

By the end of the episode, Jane admits that the largest change she underwent when Michael/Jason was away was that she fell in love with another man (Raf), whom she still loves. M/J helps Jane make her way back to Rafael so she can tell him how she feels. 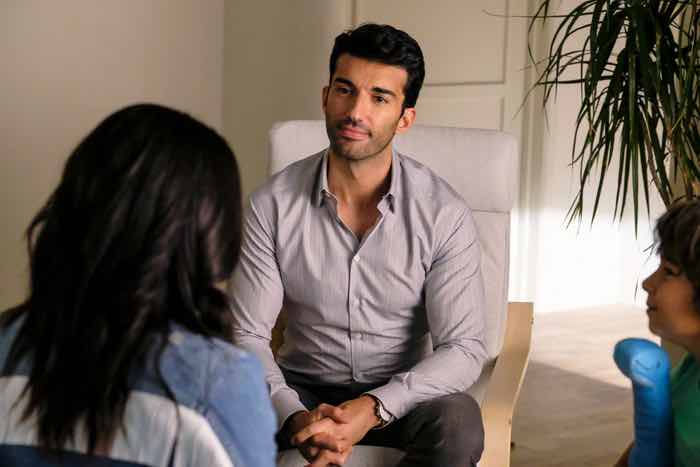 Rafael breaks all our hearts

When Jane comes to Rafael’s door and admits her feelings, we see a broken, sad man. He says he can’t trust Jane again and that their moment has passed!

Jane embodies the strong heroine we’ve always known she is

Later at Alba’s house, Jane does not break down and admit defeat. She vows to fight for her life with Rafael and win him back.

Cue us: crying into our tumblers of box wine.