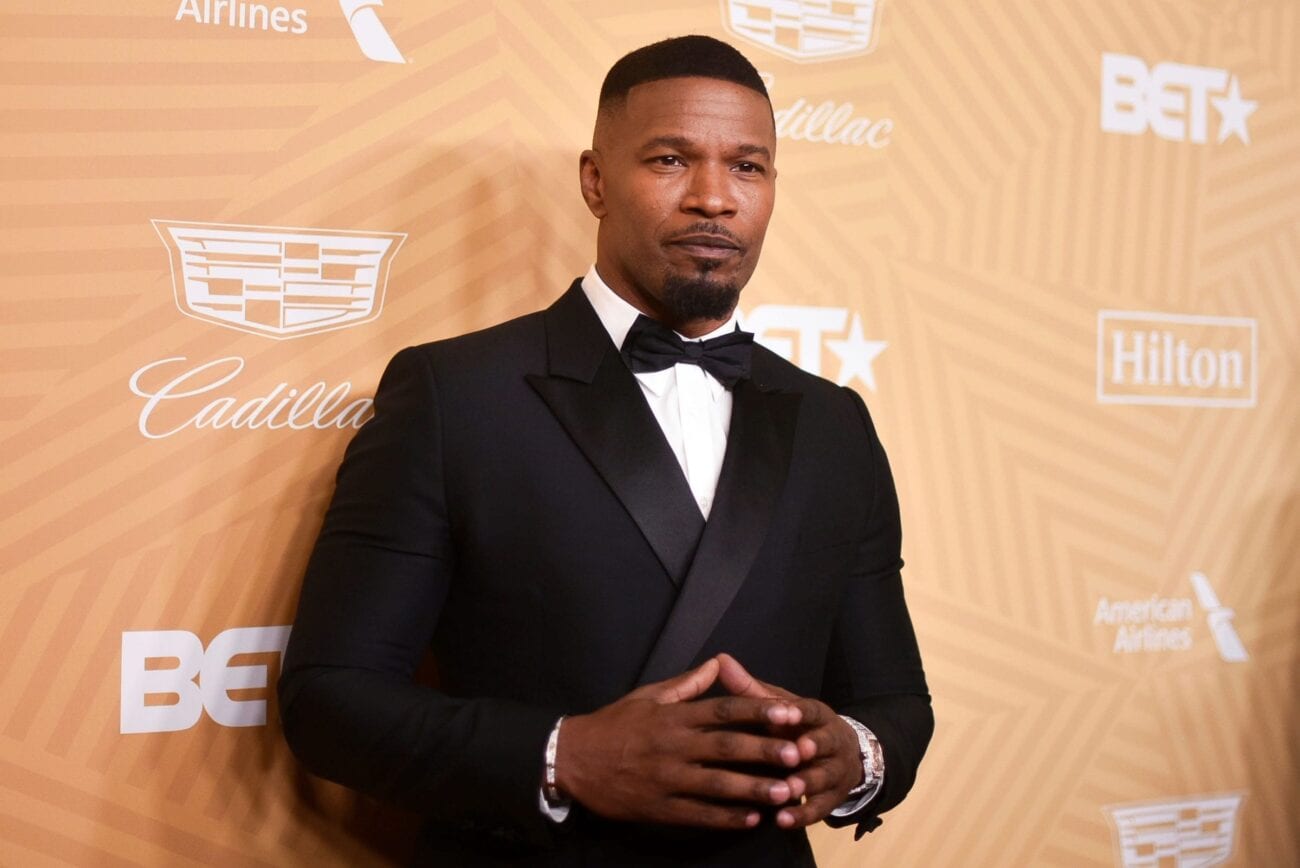 Jamie Foxx has always dripped with pure entertainment. The comedian turned actor turned singer managed to capture our hearts in all realms of “the biz” over the course of his long & fruitful career. However, no one could have predicted Foxx would do so well as a full blown movie star.

Jamie Foxx got his start in movies back in 1992, but by the time the early 2000s rolled around, the actor was receiving the highest honors possible for honing his craft. Jamie Foxx has been featured in over forty movies, some better than others, but they all capture the same Foxx magic as soon as he hits the screen. Take a look at some of Foxx’s greatest roles making the actor the legend he is today. 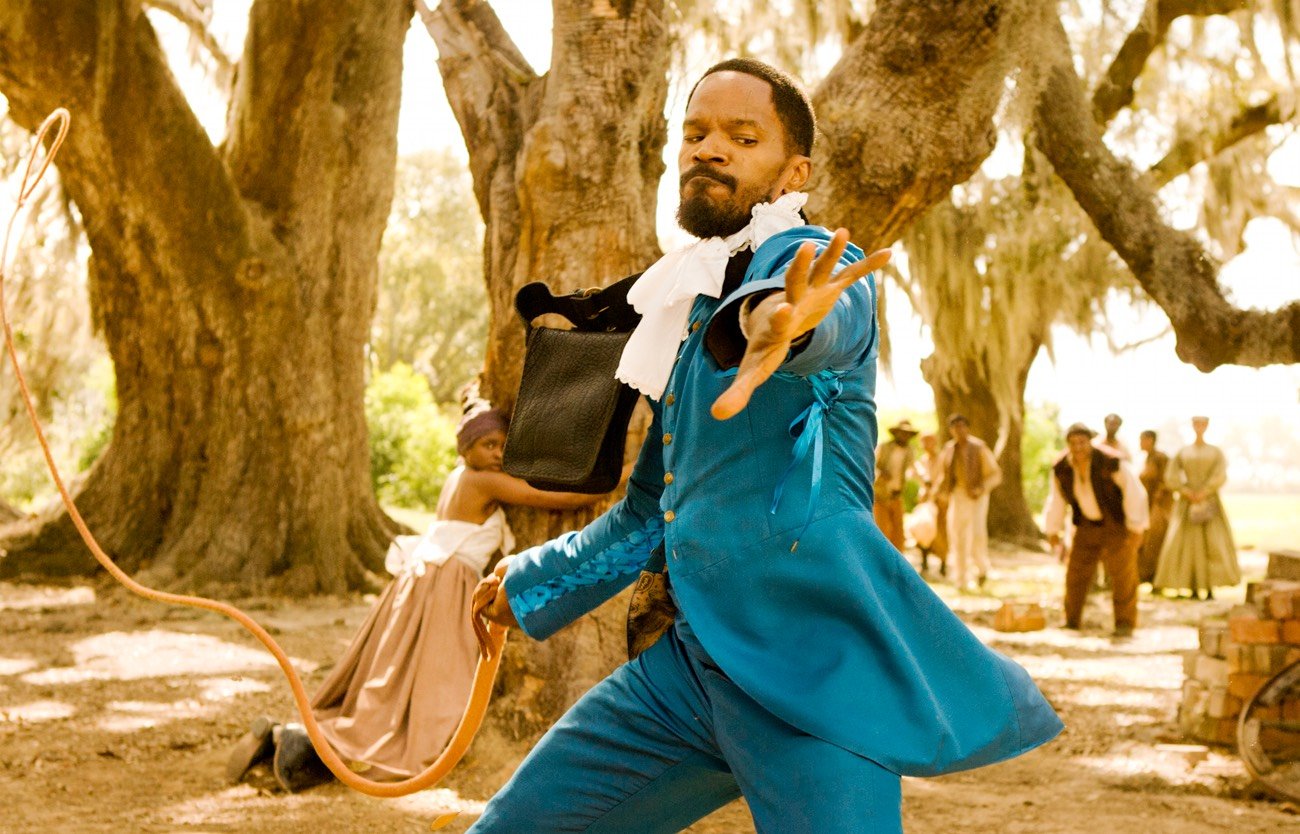 Most zoomers were introduced to Jamie Foxx movies via 2012’s Django Unchained.

Quentin Tarantino followed up 2009’s Inglourious Basterds with another display of historical fantasy, but Django certainly stirred up more controversy in the Western set during the Antebellum South, in a display Spike Lee called “disrespectful to [his] ancestors”.

Tarantino took on his usual role as edgelord in crafting the film, giving audiences a slick-looking movie maker’s movie, nodding to various obscure filmmakers audiences would attribute to his own style. However, Foxx shines in his starring role, alongside fantastic performances by legend Samuel L. Jackson and expert Christoph Waltz. This one’s got a reputation for a reason. 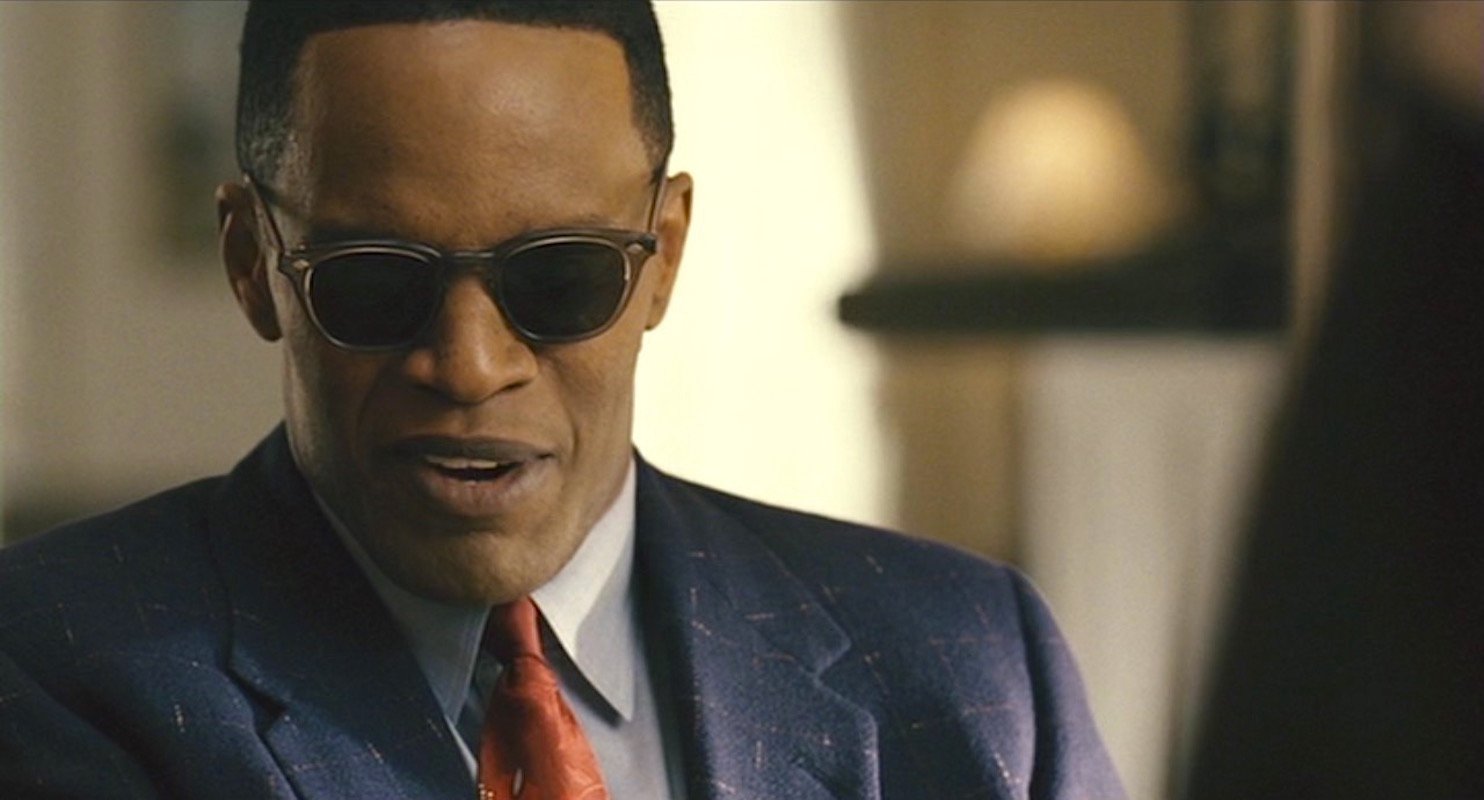 Django Unchained may be the quintessential Jamie Foxx role for zoomers, but of all the movies in the actor’s career, Ray pushed Foxx to superstardom. In 2004, Ray brought audiences the story of Ray Charles like they had never seen before, and Jamie Foxx picked up the starring role in one of his most celebrated movies to date.

Foxx was praised for his portrayal of Ray Charles, and the film was showered in accolades for its gripping & entertaining telling of Charles’s story (which the real Ray Charles approved), all tracked with the artist’s classic songs.

Not only did Foxx pick up an Academy Award for Best Actor from the film, but Ray launched Foxx further into the spotlight when the movie produced Kanye West’s classic banger Gold Digger, which features Foxx on the track. 2005 was Foxx’s year. 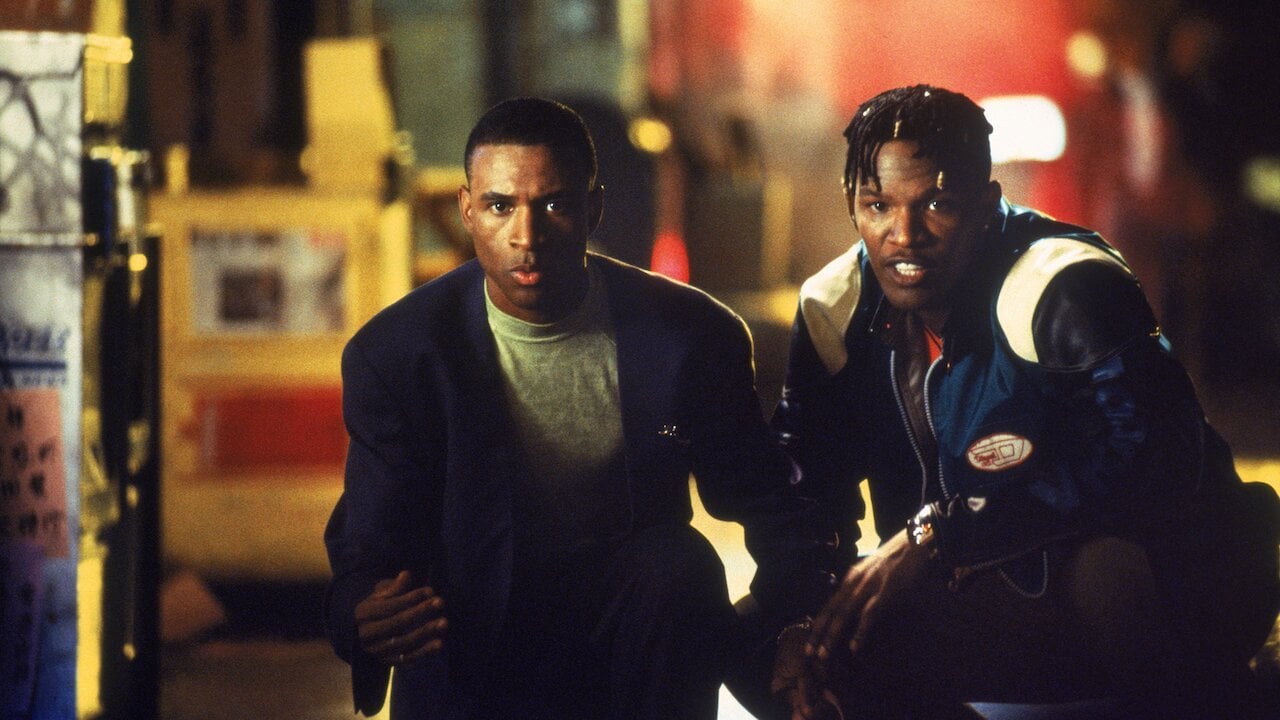 Jamie Foxx is known today for his dramatic work in movies, but let’s not forget the man started out making us laugh in In Living Color & The Jamie Foxx Show in the early & mid 90s. Just after Foxx got his own show in 1996, Booty Call dropped on audiences in 1997.

If you haven’t seen Booty Call, you should – it’s a wildly dated 90s time capsule about two dudes trying to get some, but only after a wild odyssey to buy condoms late into the evening.

The comedy kind of reads like an hour and a half safe sex PSA, as our two protagonist boneheads need to be told the details of how to take the proper precautions before getting into bed. Like we said, Booty Call is a 90s time capsule so prepare for some dated cringe, but the movie plays out like a raunchy cartoon, and early Foxx comic genius is perfectly preserved. 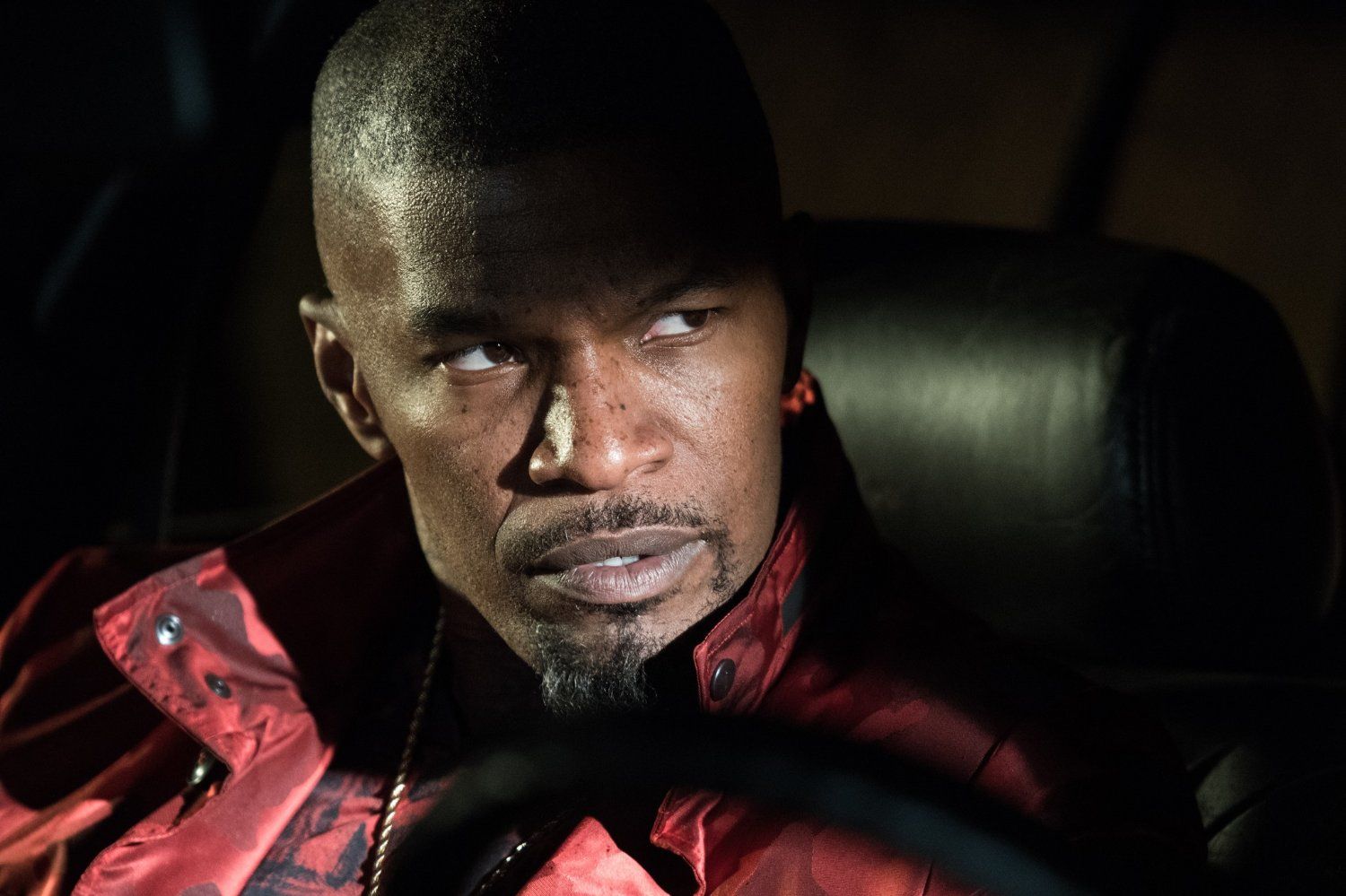 Edgar Wright gave audiences Baby Driver after finishing up the Three Flavours Cornetto trilogy with The World’s End in 2013, and brought fans a heist film through the lens of the director’s signature stylization.

We can’t say Baby Driver is the best Edgar Wright movie, or necessarily one of the best Jamie Foxx movies, but we can say Foxx held his own in the film featuring some of the most outrageous action sequences we’ve yet seen Foxx perform. If nothing else, Baby Driver showed us Foxx can handle a role in any kind of movie.

What’s your favorite Jamie Foxx role? Let us know in the comments below!