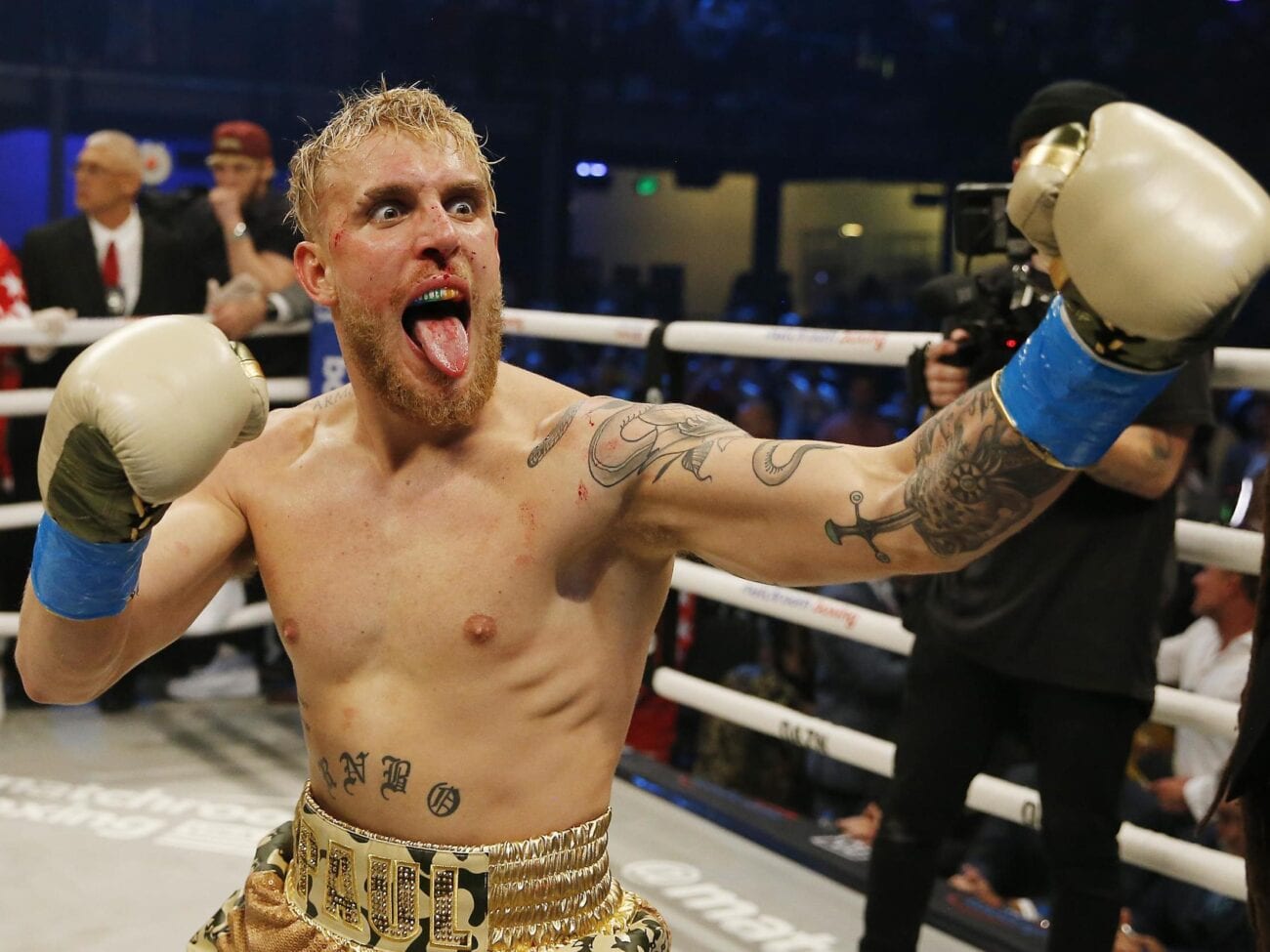 Jake Paul is one of the internet’s least favorite people. Somehow, despite how loathed he is, the man (and his equally hated brother) manage to continue their famous careers where they make YouTube videos, throw raging parties during a pandemic, and continue to be unlikeable people.

However, last week something strange happened. Jake Paul’s house was raided by the FBI, as well as a known associate of Paul. The reason this occurred has not yet been released to the public, but a local news helicopter was able to capture footage of the FBI leaving Paul’s home with multiple guns in tow.

So, since Jake Paul is everyone’s favorite person to hate on, we thought we’d compile some of our favorite memes dunking on him. (Whether or not this FBI raid will lead to an arrest or affect his net worth has yet to be seen, but it seems entirely possible right now.) 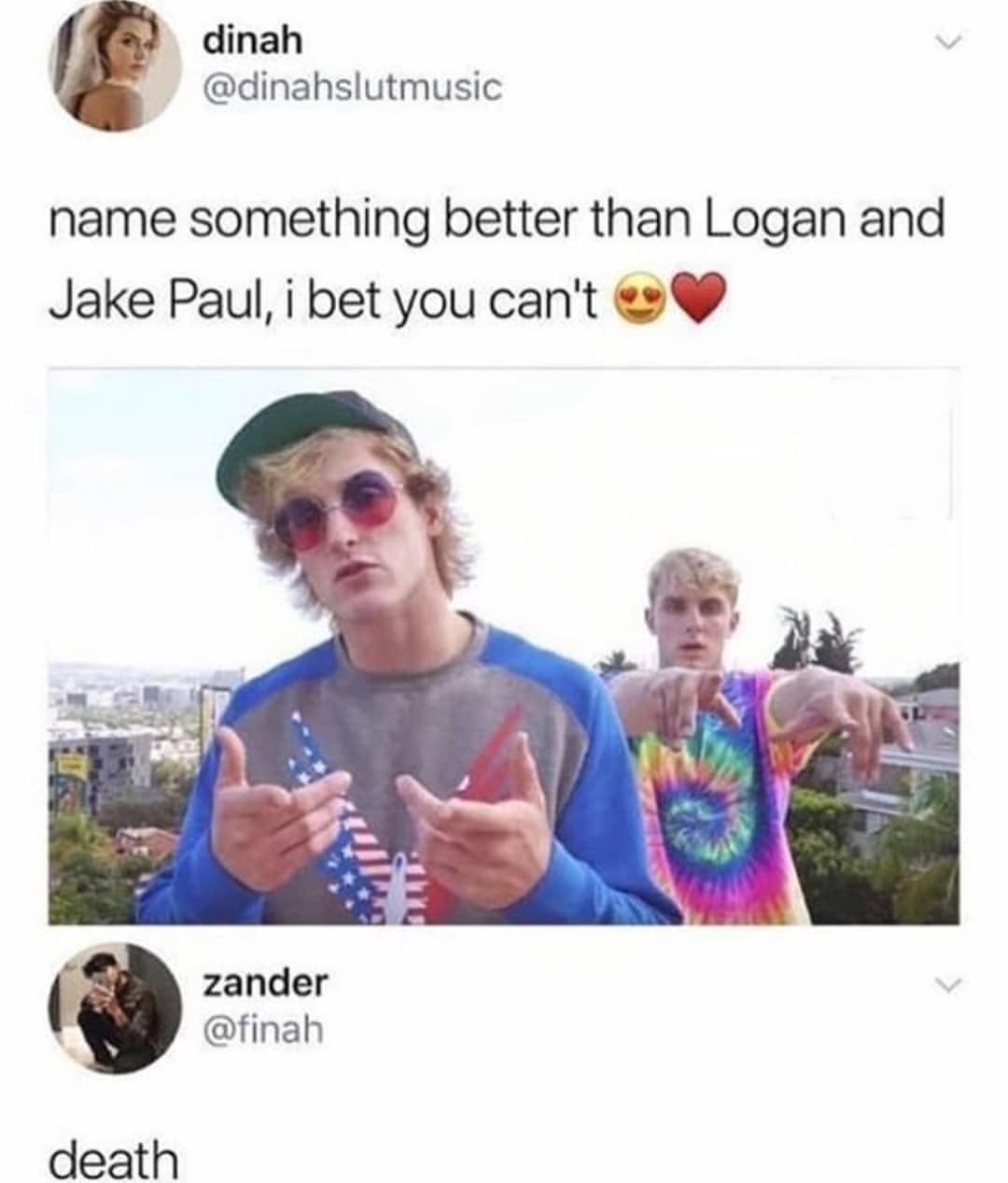 Okay well, that’s actually a list, so we’ll start and the bottom and work our way up. Thanks, Zander for starting the list for us. 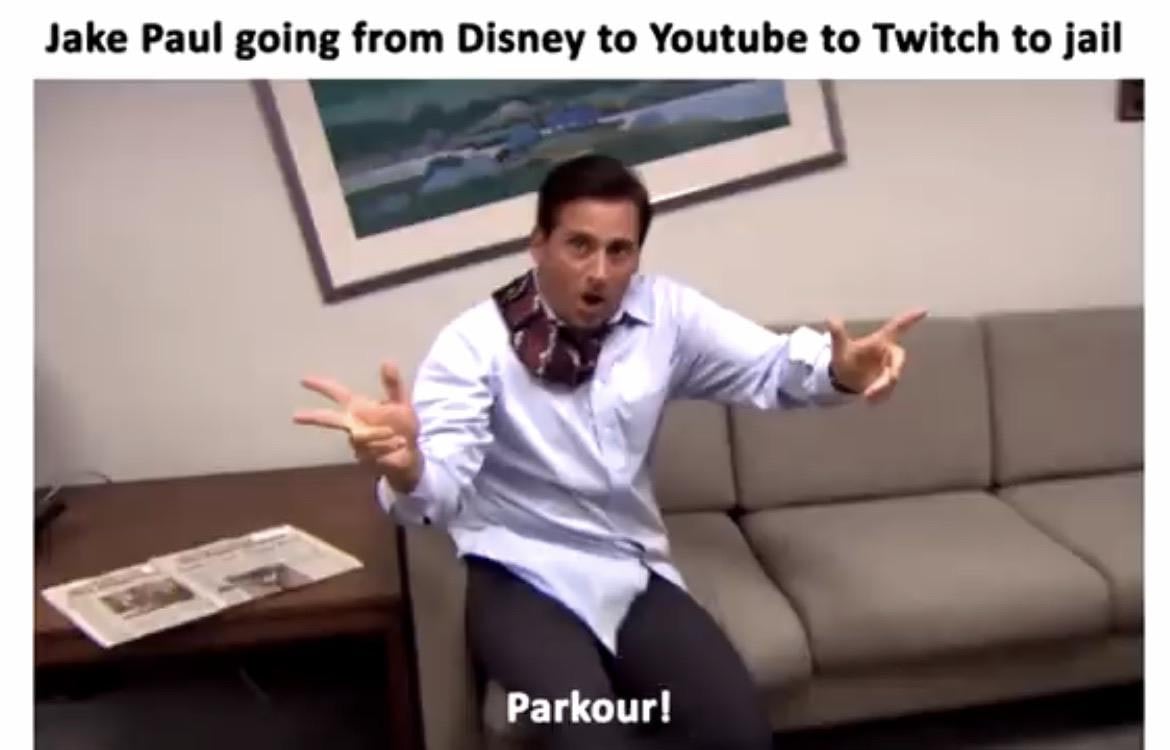 It isn’t as if he wanted to jump platforms so many times, he just didn’t have a choice since he kept getting in trouble. 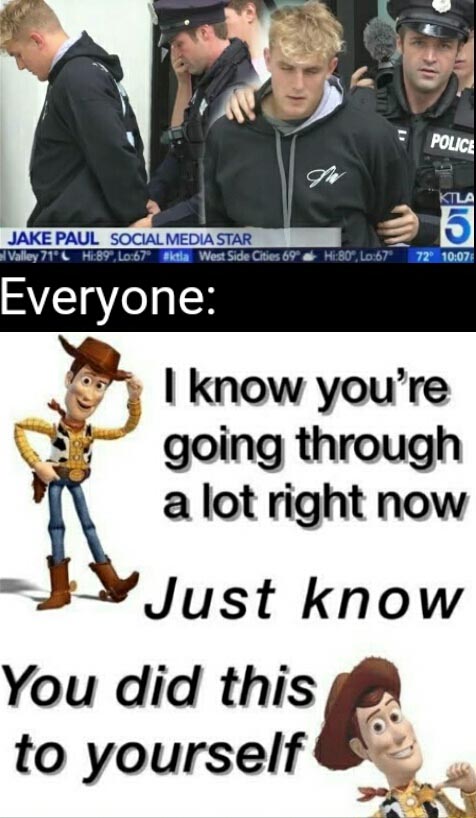 Not a lot of sympathy

We’d almost feel bad about everyone poking fun at Paul’s misery . . . but then we remember the time he faked getting killed in front of a bunch of tween-aged fans and the guilt dissipates immediately. 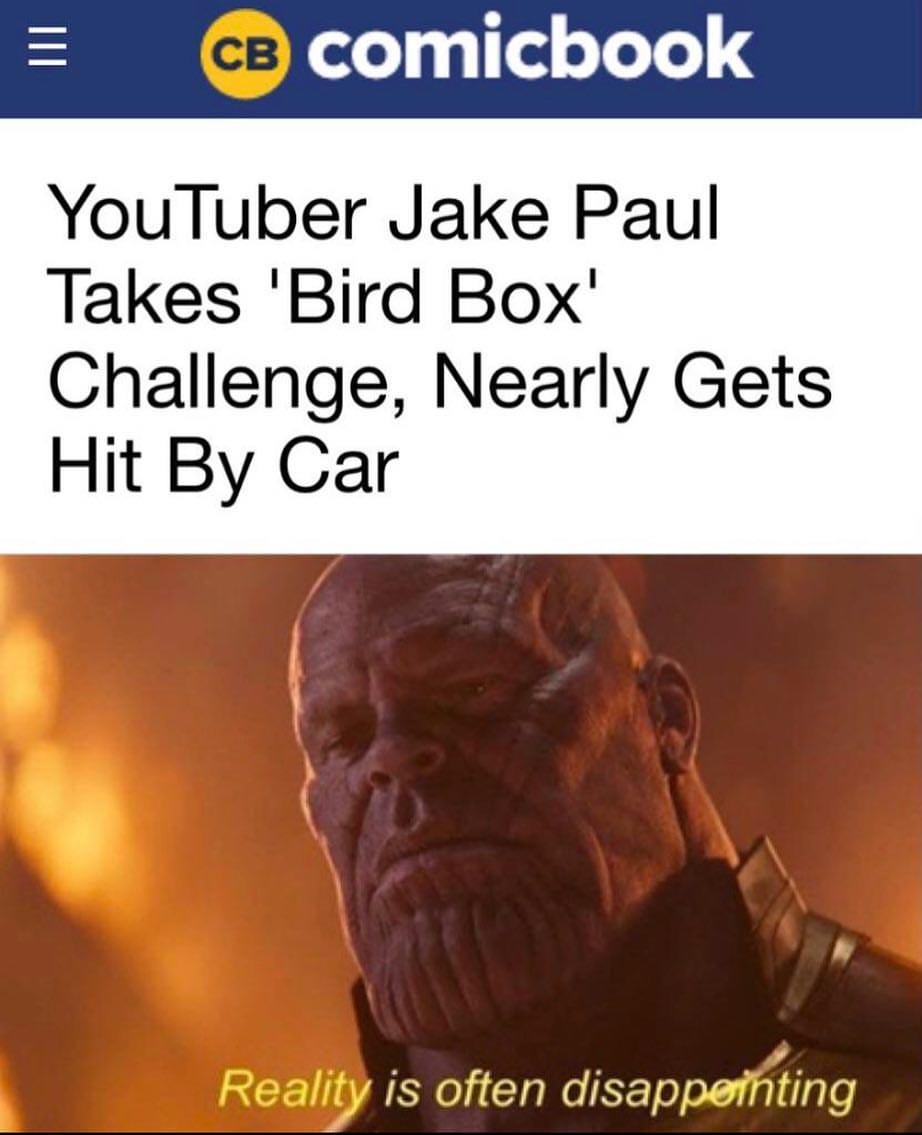 Remember the Bird Box challenge? Do you think Jake Paul would have left his entire net worth to his brother Logan in his will? 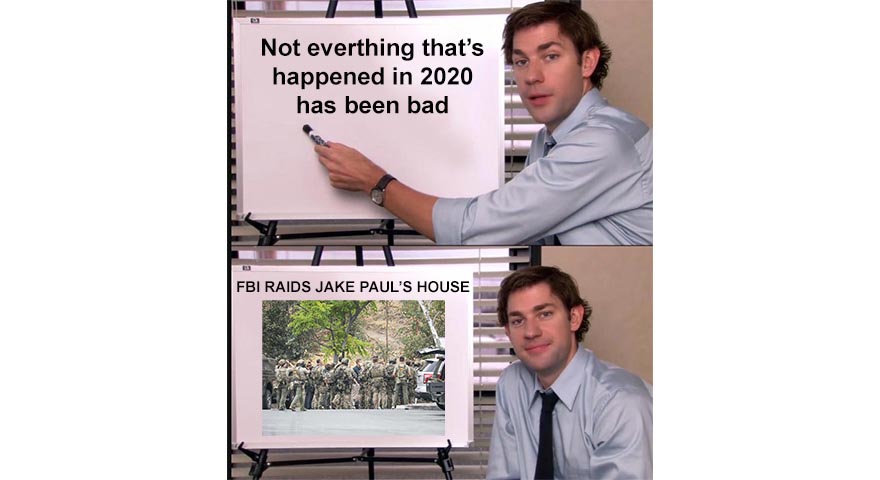 The one good thing

2020 realized it’s been a pretty big jerk so far, it gave us this as a peace offering. 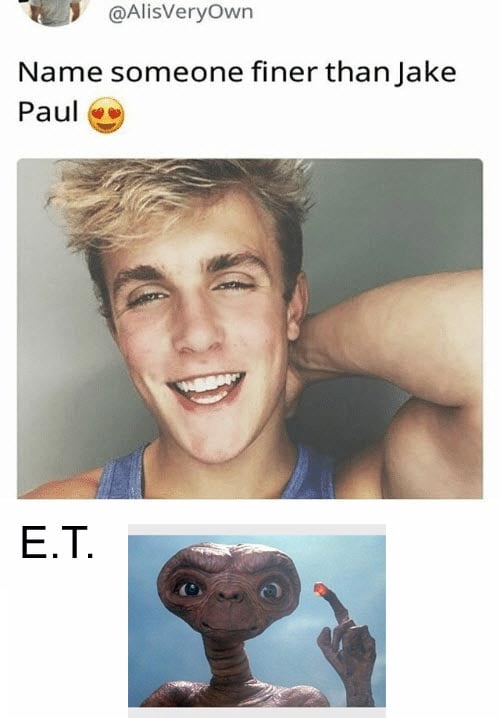 They say your personality affects how attractive people think you are, and Jake Paul is proof. We’re going to have to make another list for this one, although E.T. is probably somewhere in the middle of this one. 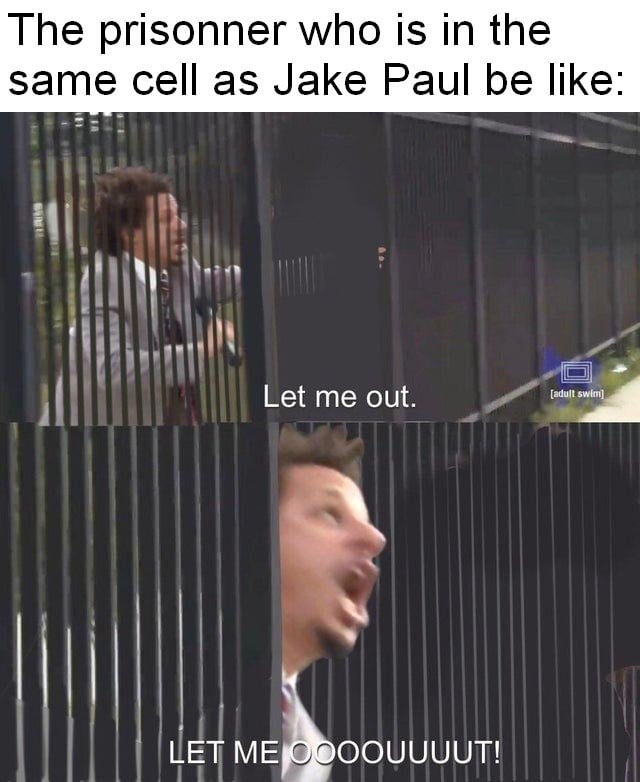 You know, there are laws against cruel and unusual punishment. They should probably just give Jake Paul his own cell so they don’t violate other prisoners’ rights. 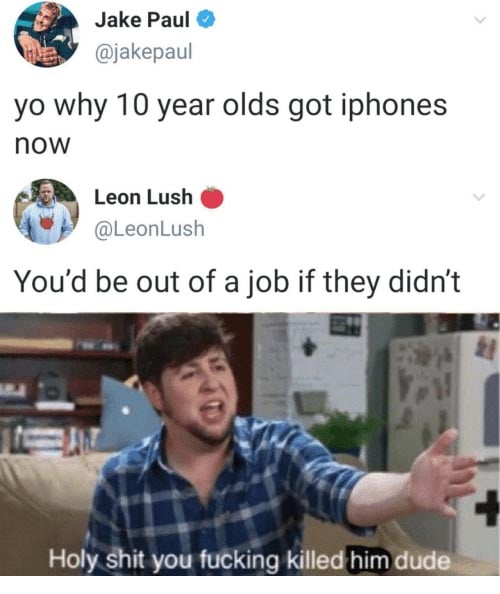 Do you think any of his ten-year-old followers were offended by the tweet? 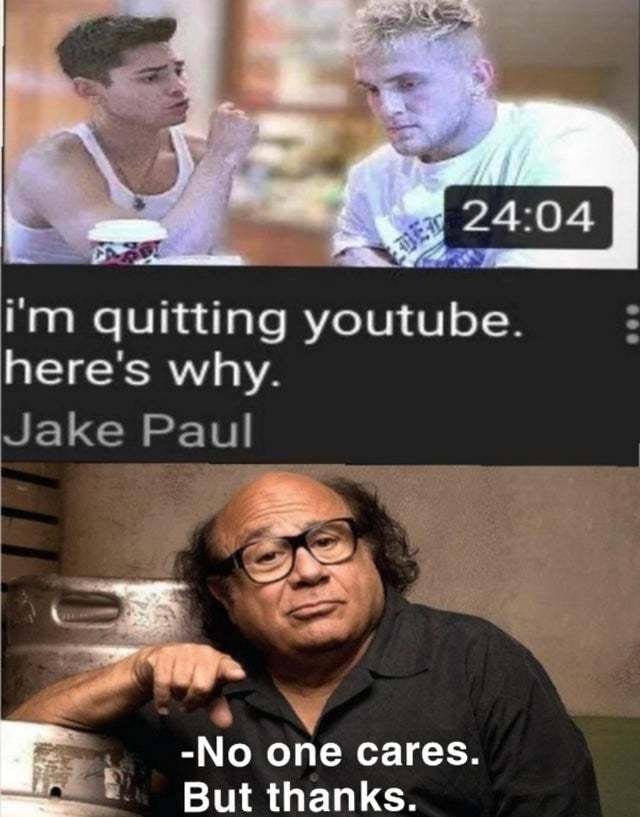 That’s a win for team internet

Just quietly take your bags & your disgustingly high net worth and go, okay?