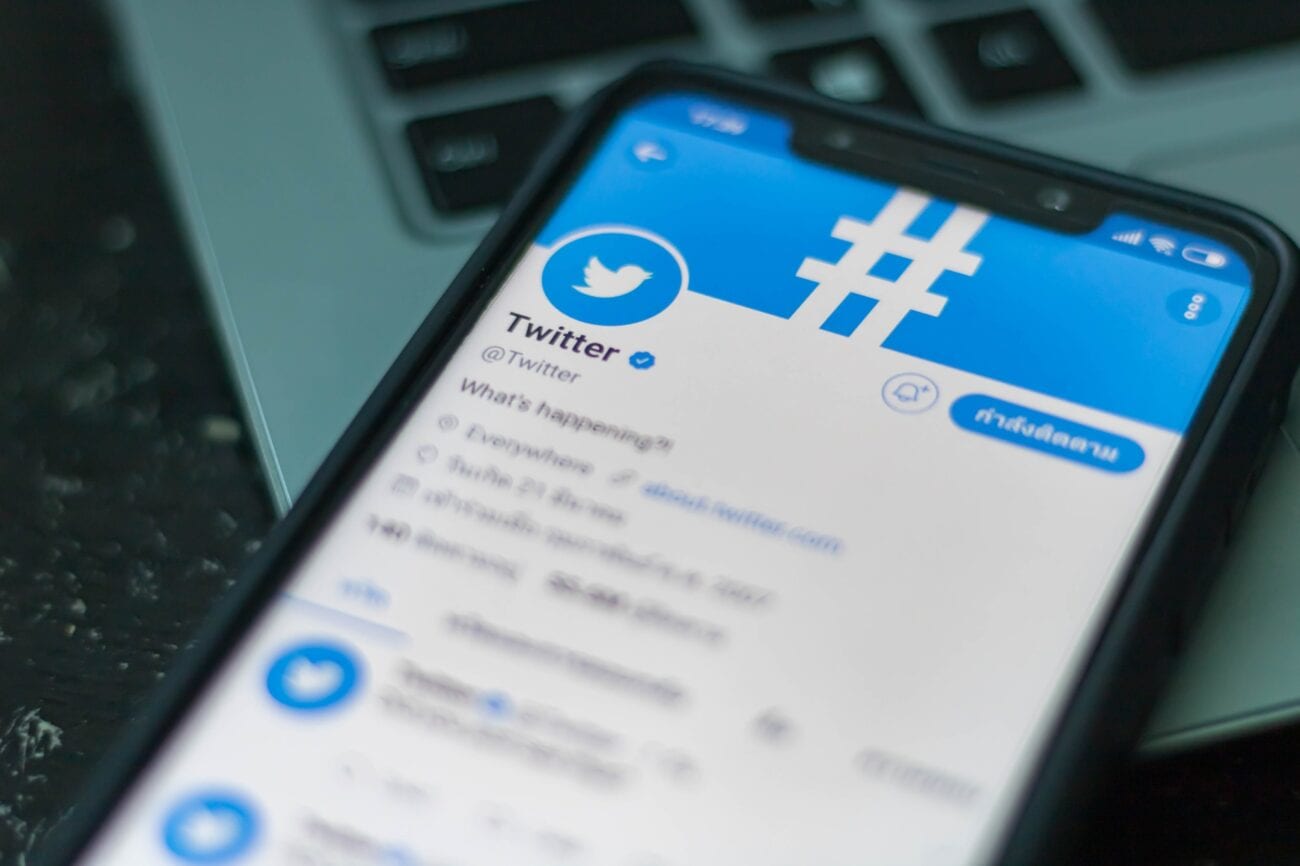 India is making its own version of Twitter: The memes are on fire

Lately, Indian Twitter has been on fire. Not literal fire, but it might as well be. Among the many scathing trending hashtags from the previous week was one that took the biggest piece of cake, namely #BoycottNetflixIndia. The uproar from a specific section of Twitter came in response to a scene from the Netflix series A Suitable Boy.

Directed by Mira Nair & based on the eponymous novel by Vikram Seth, the series portrayed a kissing scene between a Hindu & a Muslim. Tanya Maniktala’s character Lata is seen kissing Danesh Razvi’s character Kabir Durrani in the series in a sequence shot in a temple. Religious zealots took offense and started the #BoycottNetflix trend.

This came in just days after an advertisement from a popular jewelery brand faced similar backlash for portraying & promoting inter-religion marriage. The side-effect f this outrage has presented itself in the form of a new, “swadeshi” networking platform that has been heavily inspired from Twitter, including the phonetics called Tooter. 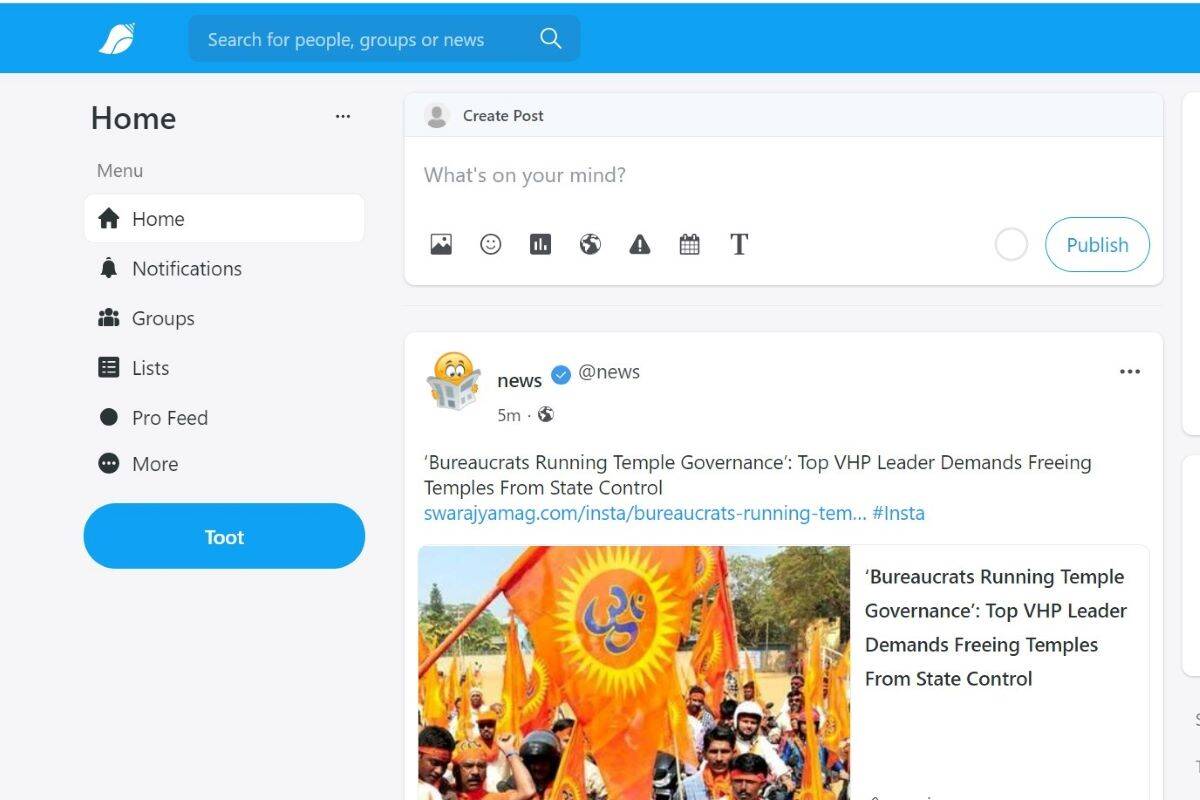 A taste of Tooter

A quick scroll through the platform makes it clear: there’s nothing ne in terms of features; it’s an inconspicuous rip-off of Twitter, allowing you to post, comment, like, repost, and quote. The homepage announces, “A Swadeshi social network. Welcome to Swadeshi Andolan 2.0,” which seems to be a direct dig at the platform refusing to take down posts that some people found offensive.

The Tooter user experience is very similar to Twitter. But, as soon as you create an account, you are following a bot account called “News” & another credited to the CEO (@Nanda) by default. Thus, the default feed for any user is a spate of posts made by these two handles. All the links being shared on the @news handle are sourced from swarajyamag.com, an Indian right-wing monthly magazine and news portal.

The Indian government has been pressing for more homegrown brands in order to elevate the country’s economy, including the campaign Vocal For Local that emphasises on buying & using local businesses & products. Tooter seems to be the latest offering on the plate. 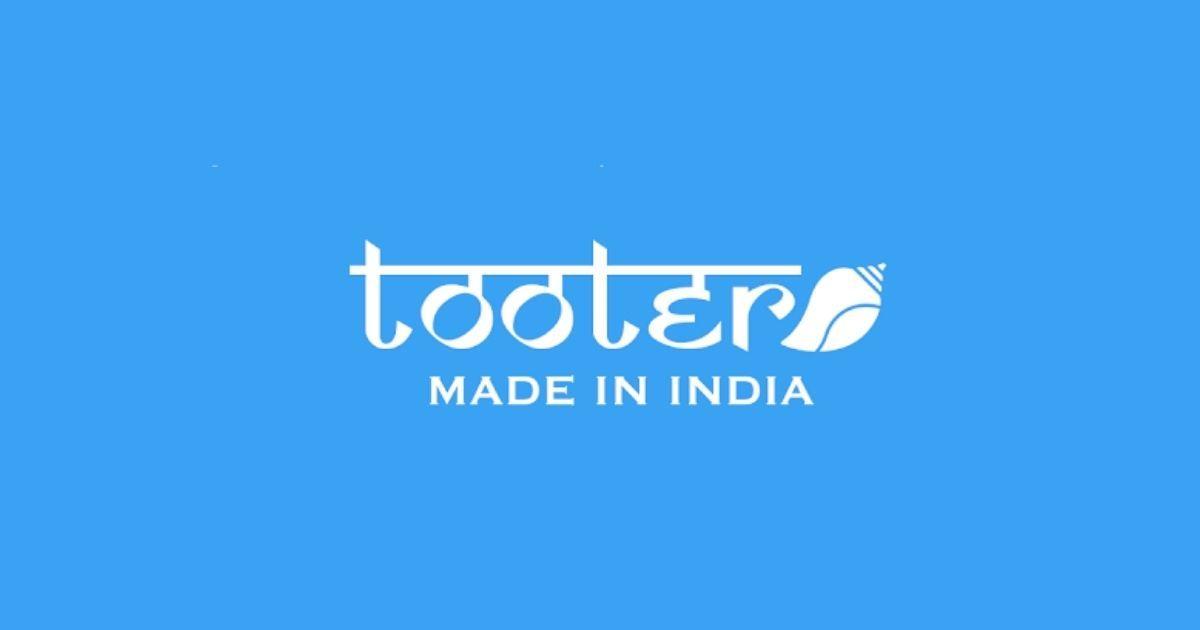 A butt of jokes

Meanwhile, users are mocking the legitimacy of the platform. One user on Twitter wrote, “gmail sends tooter’s registration email straight to spam you can’t make this shit up.”

Another user pointed out another irony, “It’s the height of irony to declare yourself a “Swadeshi” alternative to sites run by foreign corporations and then accept email addresses only belonging to services run by…foreign corporations.”

He also adds, “”Swadeshi” Tooter is so Indian that they’ve likely copy-pasted their ToS from elsewhere. Because it references the very American “First Amendment” right to free speech.”

me thinks they snorted coke before launching tooter pic.twitter.com/asuk6A1vlM

The name itself is a very easy target for all the jokes. The slang meanings for the word range from “a straw used to inhale cocaine” to “the anus.”

Another spate of common meme format was when users juxtaposed the other characters, fictional narratives, and stories that have been ripped off alongside the OG.

Does it mean all Bhakts will shift to #Tooter and make #Twitter free of all its negativity and toxicity??

Comedian Atul Khatri also indulged in some fanciful thoughts, wondering if Tooter would mean that “all Bhakts will shift to #Tooter and make #Twitter free of all its negativity and toxicity??” Many users are also comparing Tooter to its western counterpart Parler.