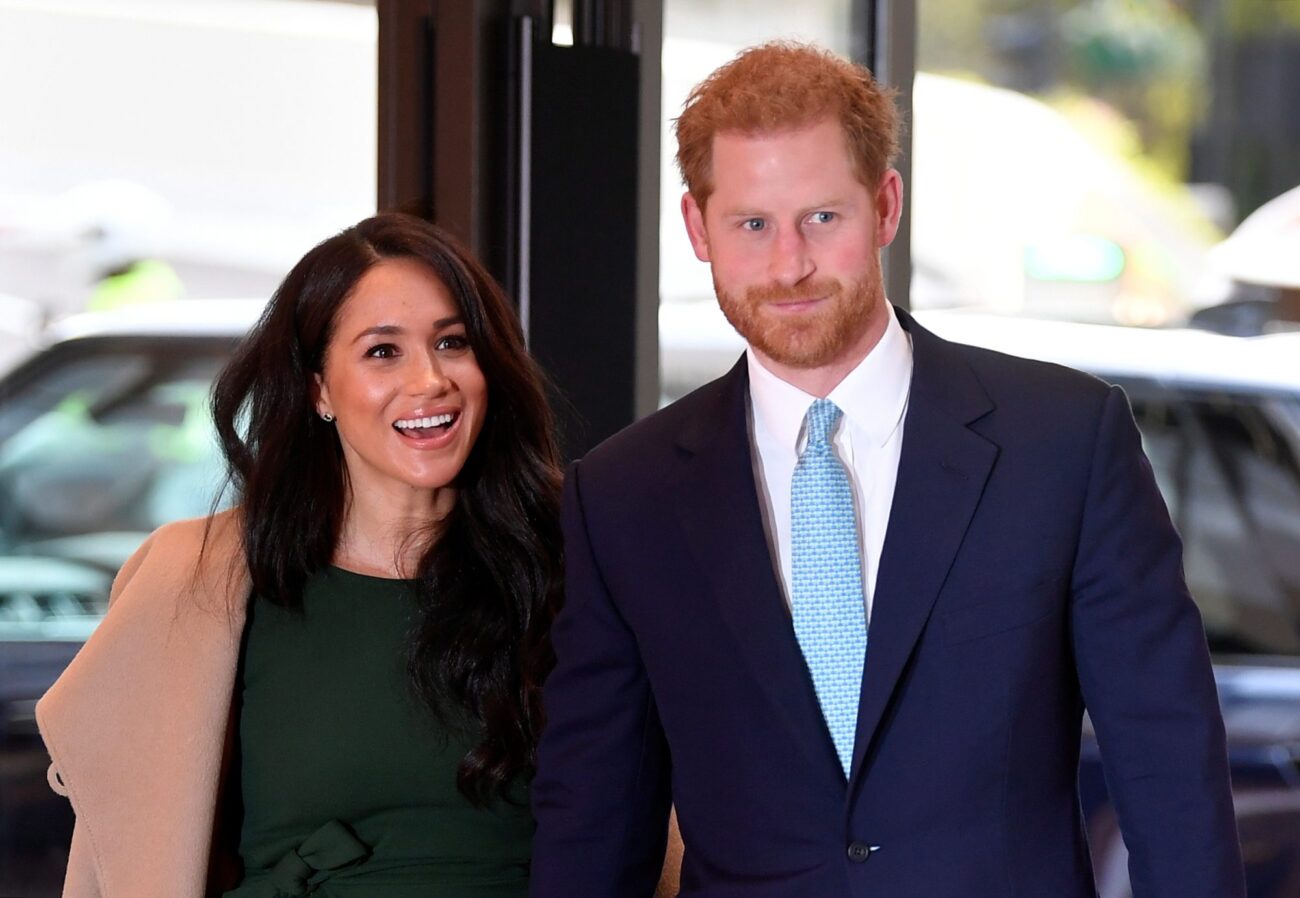 Prince Harry and Meghan on ‘The Late Late Show’: Were secrets spilled?

We’re still a few days away (nine days exactly, but who’s counting?) from the release of Oprah Winfrey’s interview with Prince Harry & Meghan. Thankfully, James Corden took it upon himself to give us a warm-up by having Prince Harry on The Late Late Show, talking to the Duke of Sussex brit to brit and letting the audience reap the rewards of their conversation.

In classic James Corden fashion, his extended interview with Prince Harry (and, briefly, with Meghan over a Facetime call), took place as part of a bus tour of Los Angeles. Corden certainly knows how to treat his guests and put them at ease, so what ensued was a very candid segment where Prince Harry dished about all sorts of things, serious & silly.

Right off the bat, Prince Harry melted everyone’s hearts by admitting he had never been on an open bus tour. Nope, not even back in the UK. His explanation makes sense: when you live somewhere, you don’t really go out of your way to do touristy stuff. And while Prince Harry & Meghan have spent a year in the U.S. already, he hasn’t seen much of L.A. because they’ve been on lockdown.

In a stroke of genius, James Corden decided to take this opportunity to take Prince Harry to the former home of another prince: The Fresh Prince of Bel Air. The Duke of Sussex followed Corden to the house used in the popular 90s sitcom, where the host tried to convince the Duke that he should buy the property. When Prince Harry expressed reluctance, Corden took his phone and facetimed Meghan.

The Duchess of Sussex’s cameo was one of the highlights of the segment, as the chemistry between Meghan & Prince Harry was palpable even through a facetime call that had James Corden as a third wheel. The Duchess indulged Corden’s attempts at being a realtor, but it was pretty clear the couple is not planning to move again anytime soon. 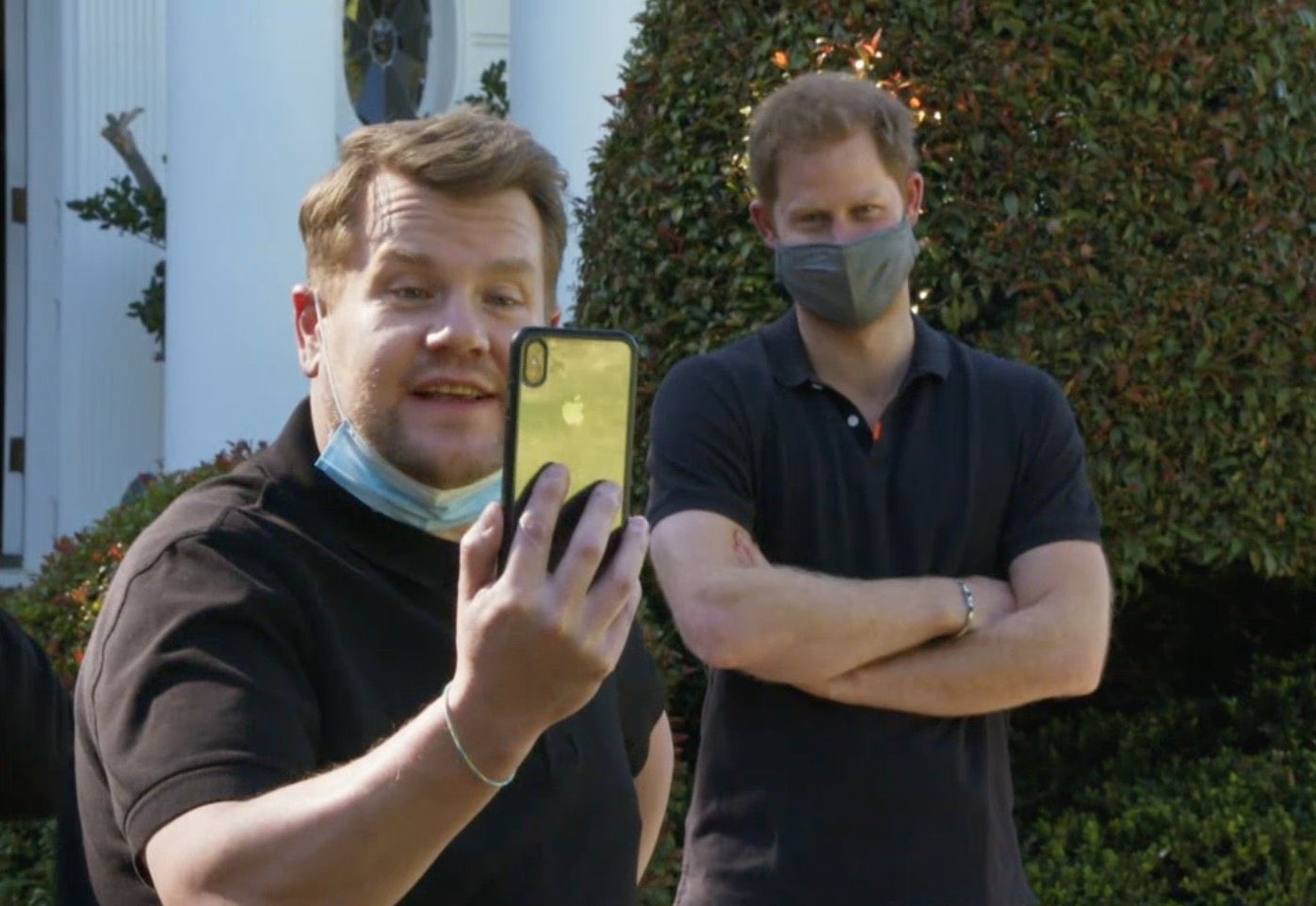 Of course, Prince Harry & Meghan’s move to the U.S. represented a major upheaval, not just in their lives, but in those of the UK royals – especially once the couple announced they didn’t plan to return as working members of the royal family. The Duke opened up to James Corden about the reasoning behind their decision to leave: “We all know what the British press can be like. I was like . . . ‘This is toxic’.”

“So I did what any husband and father would do – I need to get my family out of there,” explained Prince Harry. He also said his life in the UK unfolded in a “really difficult environment, as I think a lot of people saw.”

Leaving the UK and the royals doesn’t mean Prince Harry & Meghan will abandon their social responsibilities. The Duke told Corden: “I will always be contributing – my life is public service – so wherever I am in the world is going to be the same thing.” Prince Harry added that he & Meghan “are trying to bring some compassion and try to make people happy and change the world in any small way we can.” 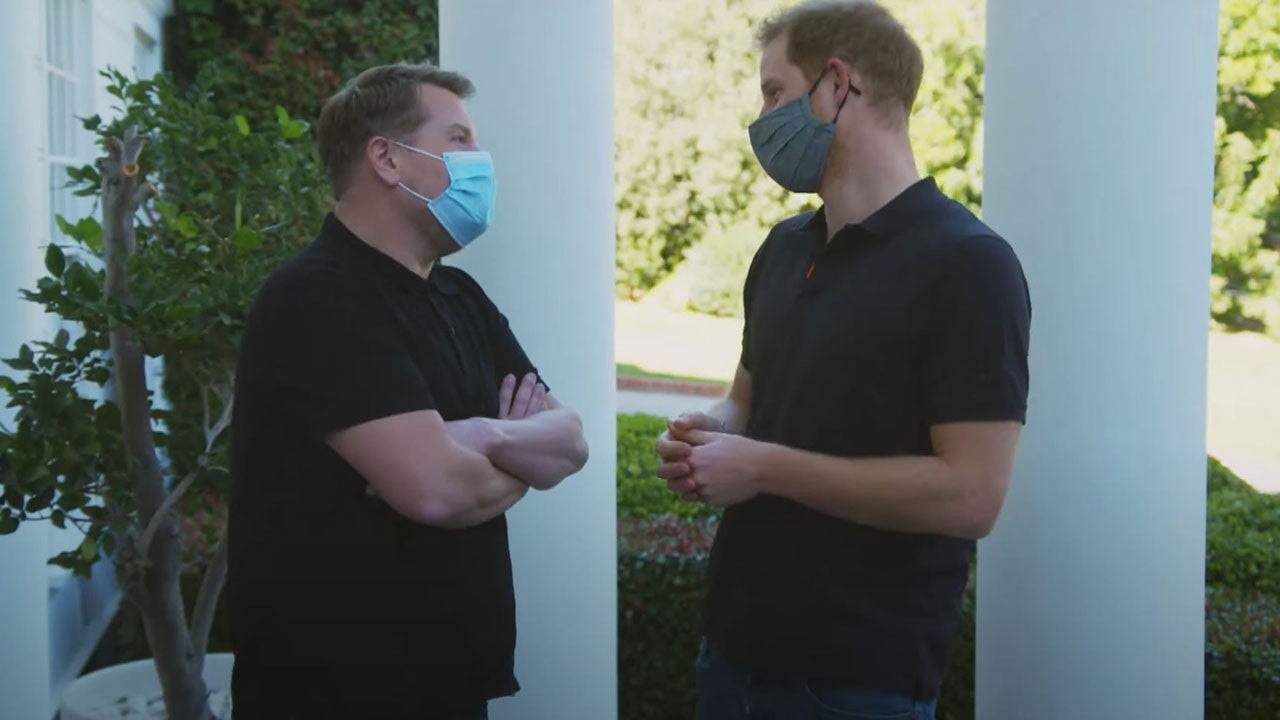 The whole segment with James Corden lasted almost seventeen minutes, so there were plenty of interesting nuggets about Prince Harry & Meghan’s life spread all throughout. For example, did you know the Duke actually likes The Crown? (“They don’t pretend to be news – it’s fictional”) And he’d like it if Damian Lewis played him in the show.

Also, file this under “Cute Royal Grandparents”, the Queen sent Prince Harry & Meghan’s son Archie a waffle-maker for Christmas. And Prince Philip ends Zoom calls by closing the laptop, not clicking out of the call. Come on, this is gold!

Did you watch Prince Harry’s L.A. tour on The Late Late Show? What did you think? Let us know in the comments!