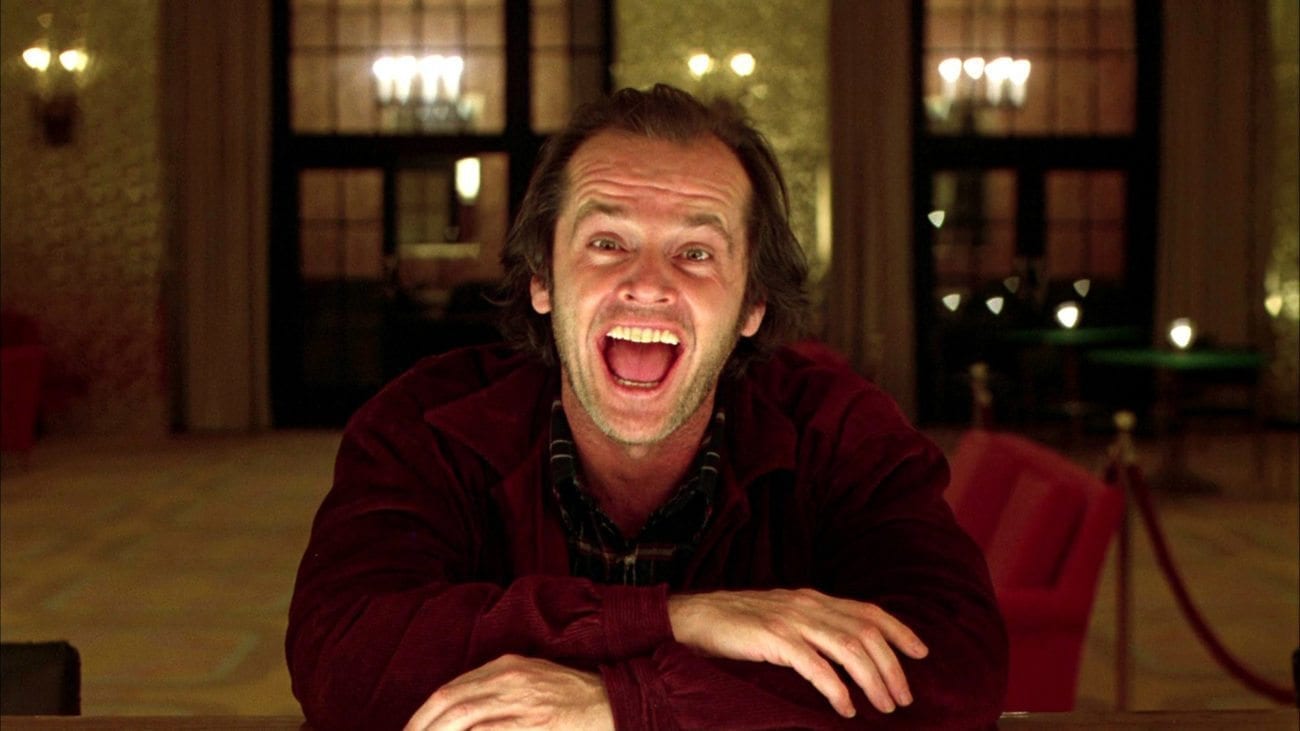 Halloween: Be afraid – be very, very afraid (of these bloodcurdling trailers)!

Boo! Oh no, you had a heart attack, didn’t you? We’re pretty hype-cited to rain down some terrifying terror in advance of Halloween next week. Many violent delights are at the movies this year, from Happy Death Day to Jigsaw, but so many classics are out there ready to watch at home. (Note: this website may or may not be haunted!)

It’s coming for us!

Oh it doesn’t look that bad—

This 1972 splatter-smash-slasher from the twisted mind of Herschell Gordon Lewis (Two Thousand Maniacs!) will turn you inside-out and seriously spook you. What starts off as a pretty bland detective story into the murder of a young woman morphs into a complete gorefest, with bursts of bloody blood and, uh, bones and stuff? Some of us were too terrified even to sit through this trailer!

This scary 2009 flick follows a grieving couple who escape to the woods to quietly mourn. Unfortunately, they’re about to get spooked! Lars von Trier brought disturbing imagery to a thrillride of scares and chills, with Willem Dafoe (Death Note) in the starring role. Anti-Christ will make you grab your loved ones and scream for your life – and might make you question that maybe the true horror . . . is . . . RIGHT BEHIND YOU!

The original 1960 slashfest from maestro Alfred Hitchcock: the trailer indicates something inauspicious will befall our protagonist in a bathroom. But who knows what it will be‽ This is an absolute classic of the horror genre and belongs rightfully in the canon of great film. It’s from an age of atomic bomb fears and Communist terrors. This slice-em and dice-em broke audiences’ minds, forever changing the nature of cinema.

? OoooOOOOOOoooooOOOOOooooOOOO! Disneyland apparently banned Hitchcock because he made such a spooky film – oh no!

Kubrick’s 1980 adaptation of Stephen King’s psychological horror novel follows Jack Nicholson’s Jack Torrance as he descends into madness and maybe supernatural decay. There are so, so many layers to this film – from Native American genocide guilt to Moon landing hoaxes – that audiences still wonder what Stanley really was on about! What a spooky movie!

? OoooOOOoooooOOOooooOO in the original 1982 theatrical cut of Blade Runner,
Ridley Scott requested from Stanley Kubrick all helicopter footage from the opening of The Shining. Scott used reams & reams of Kubrick’s film to create the much-maligned conclusion to the original cut of Blade Runner, in large part due to studio pressure for a happier ending. Ridley apparently received days worth of helicopter footage and shots of rocky mountains and vistas!

Oh okay then. That’s not so scary—

Rob Zombie’s 2003 sadistic bloodfest of a horror flick shows young couples taken hostage by sick & twisted serial killers in the boonies of Texas. It’s packed full of slashes and gashes. Bashes and nasties. It also has Walton Goggins! The wonderful Goggins will save us all! Or will he? Get spooked with this film dripping at the seams with red!

Jordan Peele’s racially charged horror film is probably the breakout of this year, reaping heavy returns at the box office and primed to get some trinkets come this awards season. Following young black lad Chris going to meet his bae’s parents, what seems like a silly Key & Peele sketch is stretched into a shocking, provocative, and utterly clear-cut thrillride that tackles all kinds of subjects that are on the forefront of American culture & politics right now.

? OOOOOooooOOOOooo there’s such rich filmmaking talent on display here. Everything is so clearly displayed. Great all-time filmmakers like Spielberg and Zemeckis are able to juggle tones and weave feelings and make it feel effortless, and Jordan Peele is no different. Look at how he creates a multi-layered film that incises the very psychology of racism and puts the audience 100% into the mind of its black protagonist under psychological siege. OOooooOOOOooOOOOooo!

C’mon and get SPOOKED with a chainsaw. Leatherface is ready to chop y’all up and all that, so get ready to hide behind your sofa or move to New Zealand. But you cannot escape . . . because you accidentally packed your Blu-ray of The Texas Chainsaw Massacre! The 1974 cult horror flick made an absolute killing on VHS after it was banned across the board in theaters around the world. It’s still an absolute shocker of a film. Get spooked!

John Carpenter’s 1978 film is one of the original box-office breakouts. Made on a shoestring budget, the slasher progenitor then went on to make a bajillion dollars (i.e., $70m from a $300k budget). From the trailer alone, you can see how many spooks you’ll get. It’s a horror flick filled with sadistic scenes and some really unnerving sound design throughout. It’s a real spookfest!

Wait, you have nothing to add?

? Not really. I could talk about The Thing if you mention it, though.

Wait, are you sad you can’t talk about it? We’re really sorry.

? It’s okay. The real spooks are the friends we make along the way.

Another Stephen King flick from this year’s bounty of horror film features, It has made a super killing at the box office. The film features scary clown Pennywise (played so perfectly CREEPILY by Bill Skarsgård) who terrorizes children and invites terror into you. Get spooked! It’s really amazing seeing bold & brave, and above all SPOOKY, films get their rightful box-office earnings. Maybe in these interesting times horror is all we have! Anyway – GET SPOOKED!

? OOOOoOOOOooooOOOOoo this film spent over seven years in development hell. Also, Hugo Weaving almost got the role of Pennywise. I think Bill played it to perfection. Good quality spooks!

That’s right, kids! We left the spookiest, scariest film for last! This is a film adaptation of the kids’ television show Barney, which follows a guy trapped forever inside a purple dinosaur costume. Barney’s Great Adventure is a horrifying look into a traumatizing story of claustrophobia and existential stasis. One must contemplate, quite deeply, a time when the universe decays to absolute zero in the year 100 trillion AD, and all that is left is Barney the Dinosaur. What will that be like? Won’t that be the spookiest thing of all?

Huh? No, we’re seriously traumatized by this. Look at it!

? Traumatized? I’ll show you what it is to get truly SPOOKED!