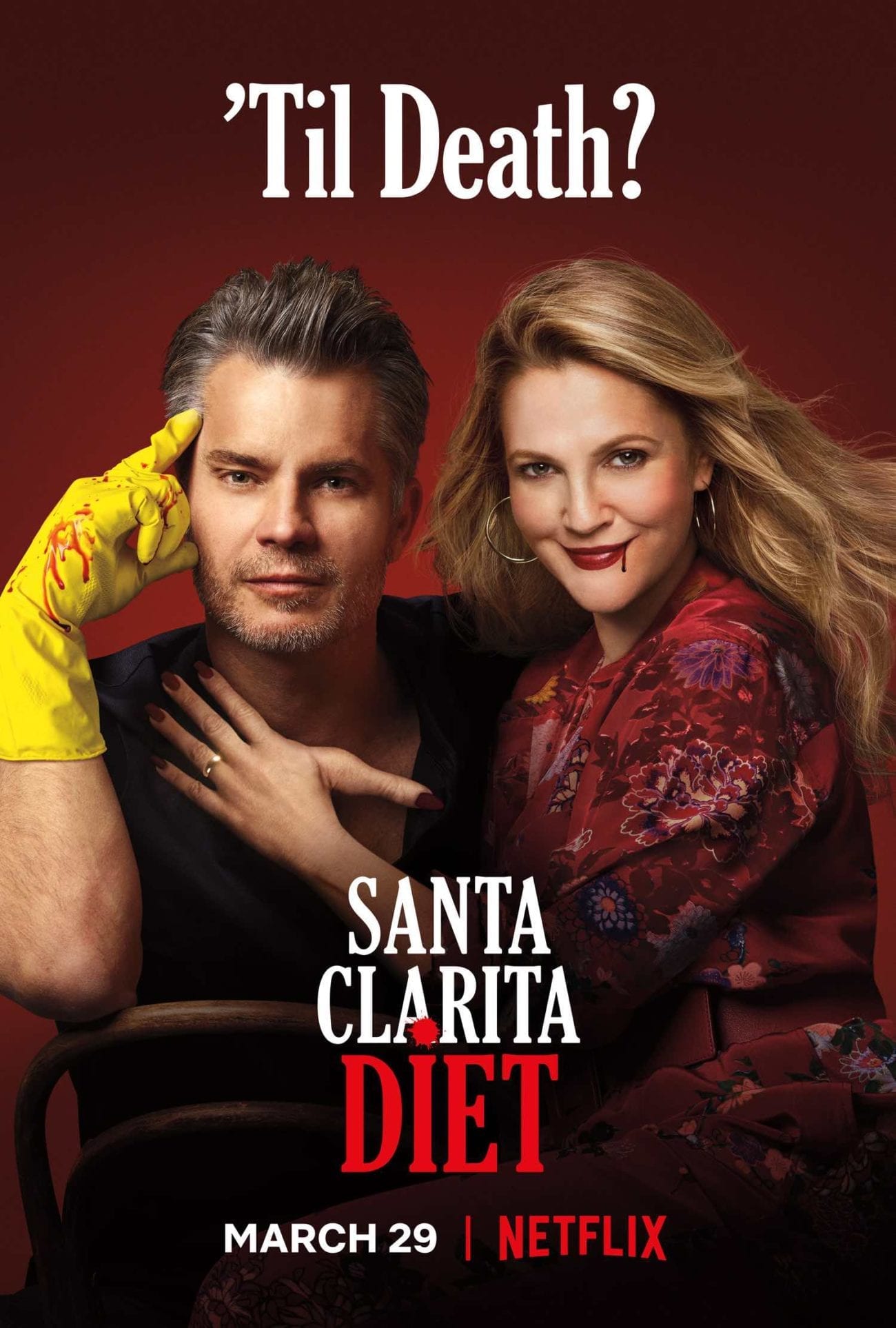 Fiendish and funny, Netflix Originals horror-comedy Santa Clarita Diet stars Drew Barrymore (Never Been Kissed) as a flesh-eating suburban mom and Timothy Olyphant (Justified) as her neurotic husband striving for a sense of normalcy. It’s the stuff of nightmares.

SCD portrays what would happen if your mom underwent a horrific transformation into a human flesh-craving creature and how you’d balance life in suburbia: struggling to support her murderous appetite while placating nosy neighbors, cultural expectations, and a fantastical mystery. It’s a deliciously gory gem; season 3 is now available to bingewatch on Netflix. 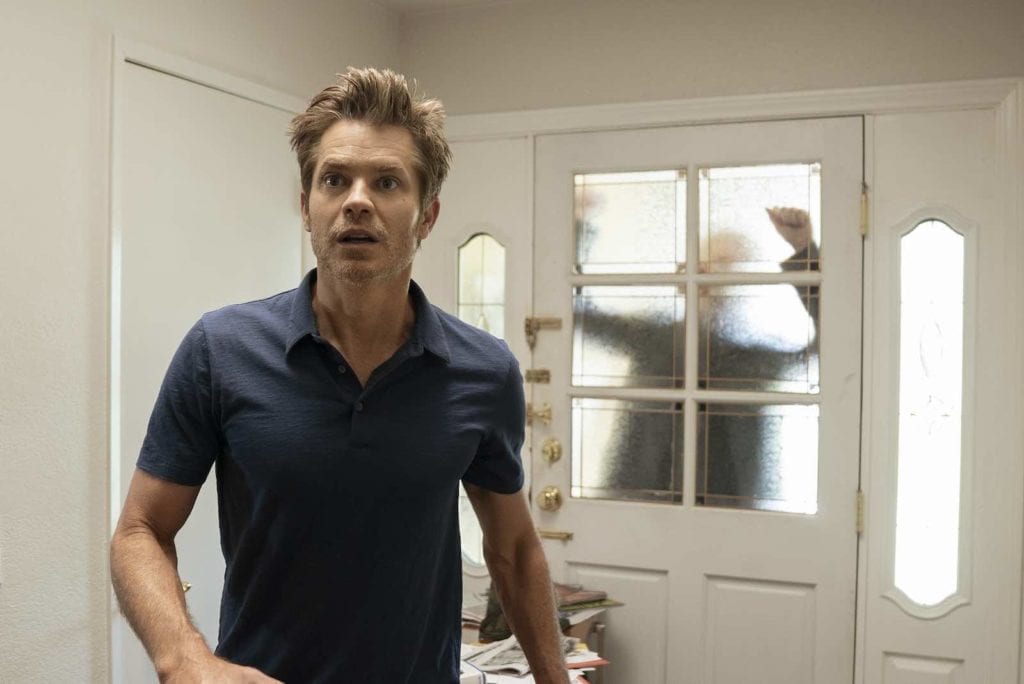 This sitcom is one of the best currently available to stream, following as it does an ordinary husband & wife whose lives are thrown into chaos thanks to some freaky food poisoning. If you’ve never been zombified due to a bad batch of clams, you should be able to stomach Santa Clarita Diet, an absolute riot from start to finish.

The show offers a dark, irreverent twist on suburban sitcoms. The ghoulish consequences become progressively (and hilariously) worse with every episode – particularly as wifey is stuck trying to figure out how to be chill with her new appetite for human flesh as her hubby freaks out in his bid to support her lovingly on her path of death & destruction. 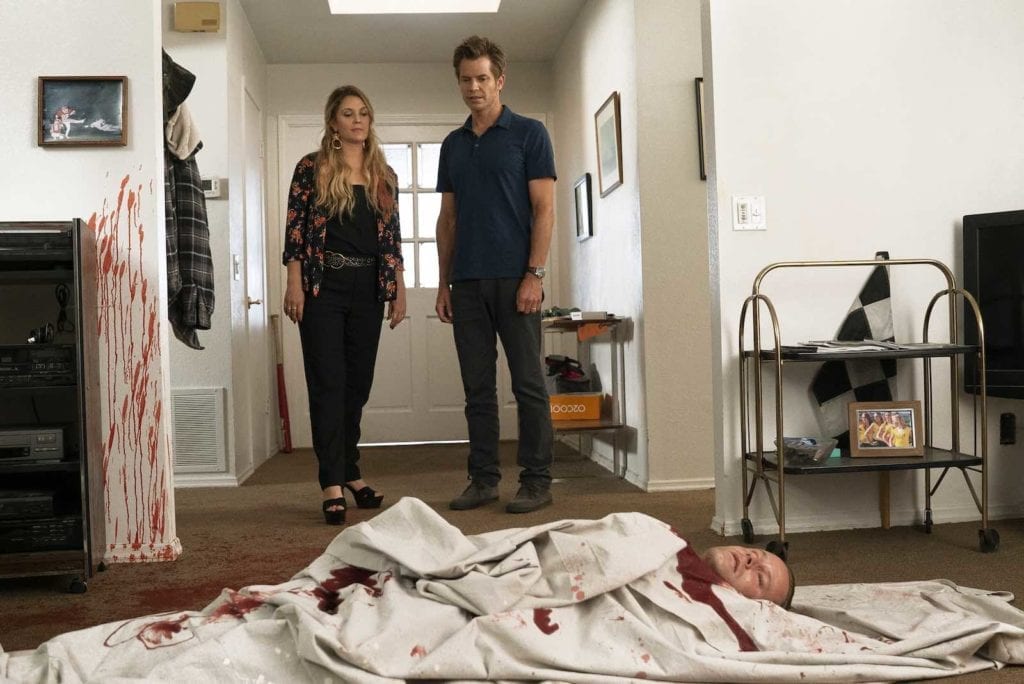 SCD is disgusting, violent, and even cringeworthy at times. It’s also one of the most underrated shows currently on TV, as well as a surprisingly authentic depiction of a dedicated marriage. If you haven’t watched the first two seasons yet, be sure to devour them in time to feast upon the ten-episode third season, which tackles topics like wealth & narcissism, how to find crunchy snacks when you’re undead, and the correct ethics when finding a group of neo-Nazis in your neighbourhood (probably eat them). 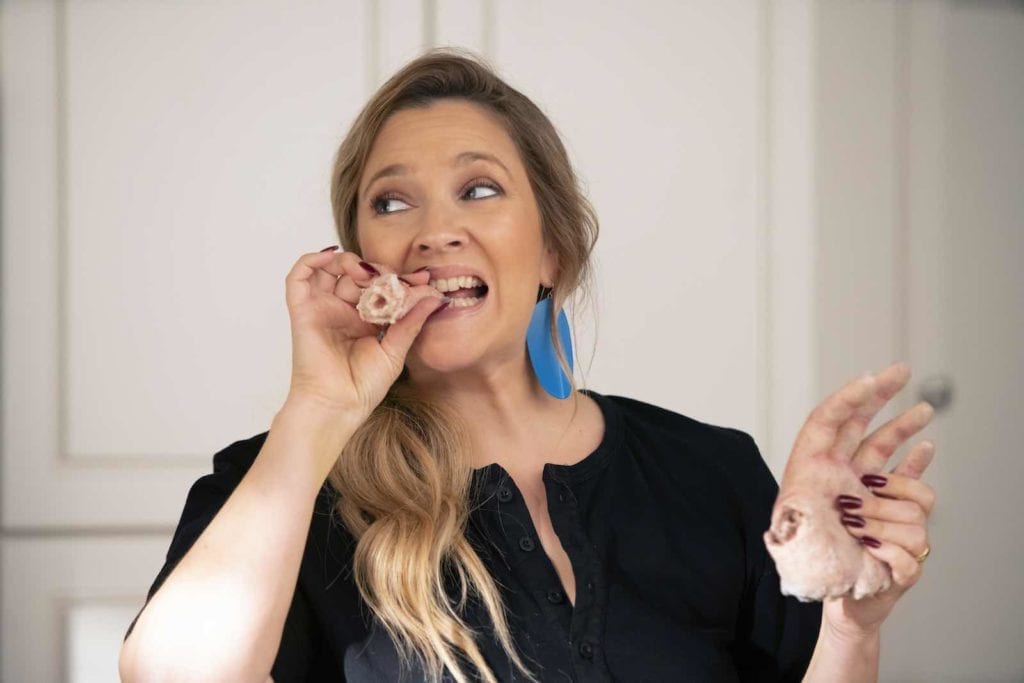 If we didn’t manage to persuade you yet, we’ve got just one final ace up our sleeves. Last season, Nathan Fillion did an absolutely killer job of portraying Gary the former creep, Sheila’s first kill. Spoiler alert: after becoming Sheila’s Just Eat order, Gary was chopped up by the Hammonds and buried, to be ignored forevermore. Except the husband and wife team totally forgot the most essential rule of zombie lore: they left his freakin’ brain intact. Duh. 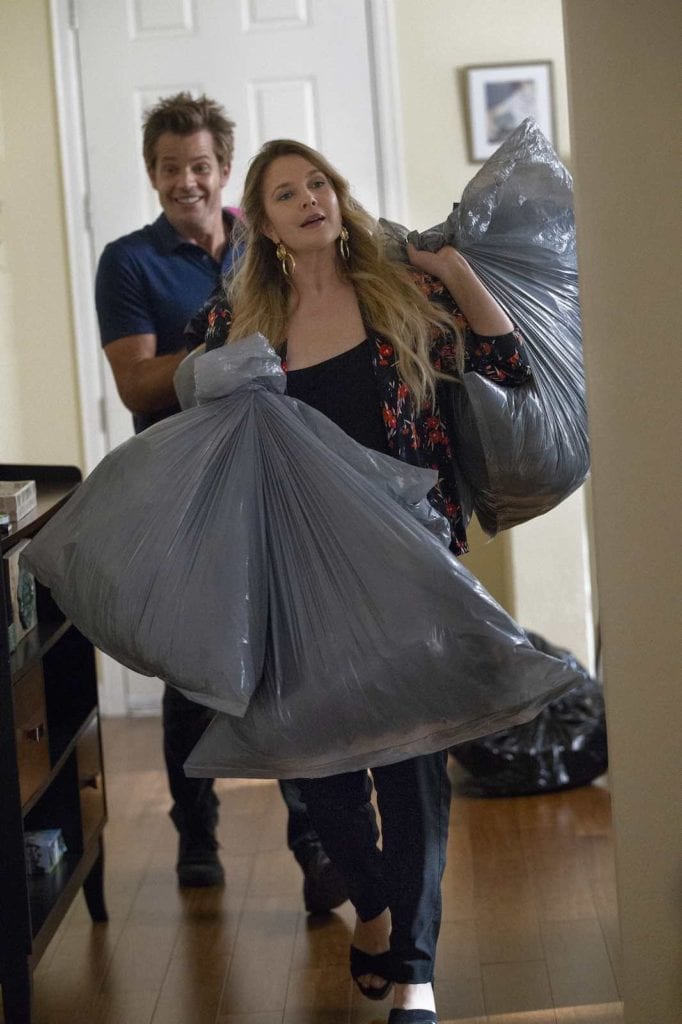 Gary made his return to Santa Clarita Diet all sass and no ass. Being buried alive seemed to do his personality wonders, as he had plenty of time to reflect on his past ill deeds. Gary came back to the show with insight, wisdom, and a whole load of snarky one-liners.

Anyway, Nathan Fillion was probably too busy with his new show The Rookie to commit to Santa Clarita Diet S3, so they got – wait for it – Alan Tudyk, otherwise known as Wash, Captain Mal Reynolds’s (Nathan Fillion) faithful pilot (of space freighter Serenity in their breakout roles on cult classic Firefly)! As geeky callbacks go, this one just takes the pickled Nazi foot.

Tune in now, or Sheila will be coming for your brains.