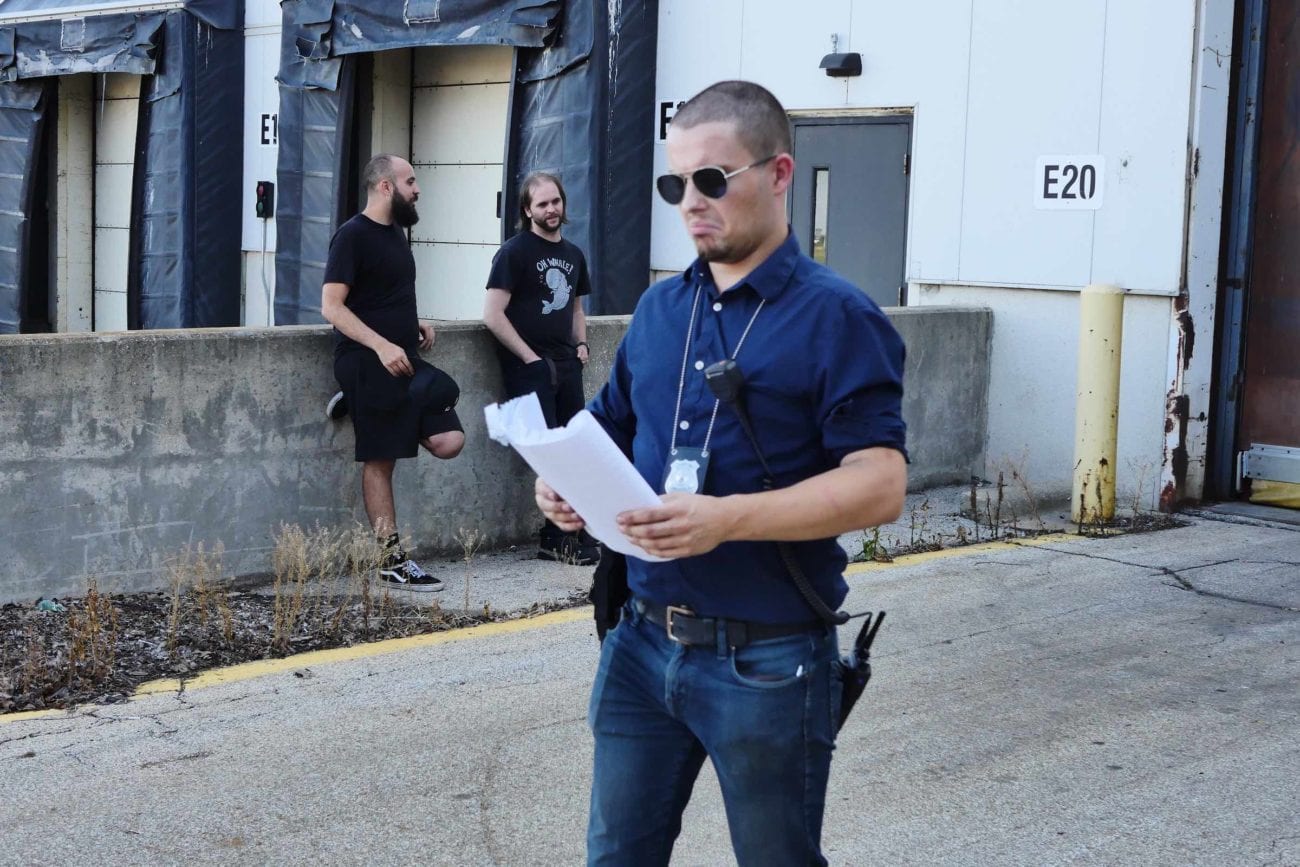 2020 promises to be a big year for George Henry Horton, as both his indie psychological horror film, Ground Floor and his newest project, the sci-fi horror film Project Dorothy will make their way to audiences.

As Horton moves from the indie production of Ground Floor and into the bigger budget production of Project Dorothy, he shows his range as a director and producer. 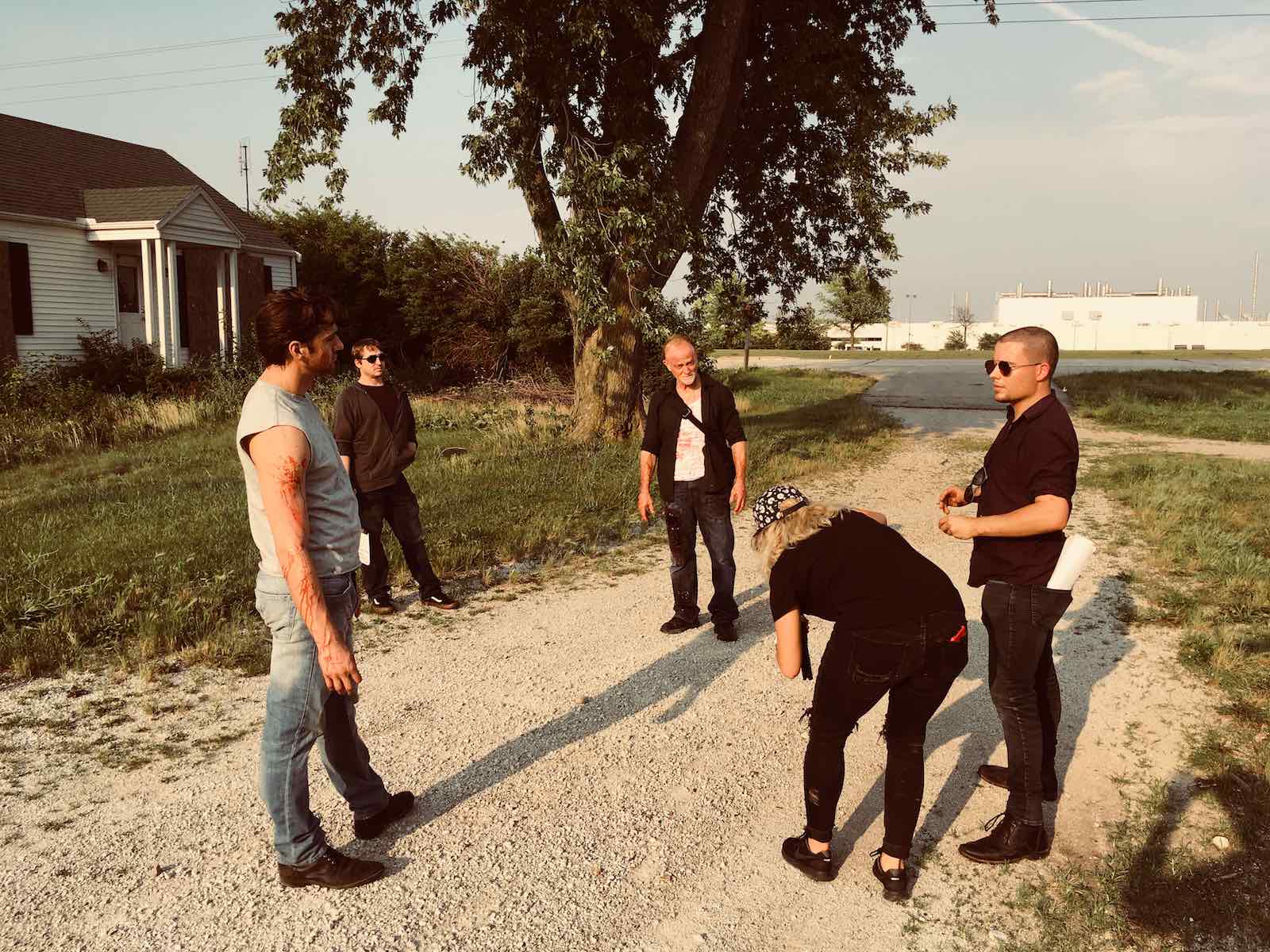 Born in Kent, England, George Henry Horton has never been a stranger to hard work. First studying at King’s College London, and then at the prestigious American Film Institute, Horton’s first big break came in comedy.

Currently residing in Los Angeles, George Henry Horton’s work has shifted from comedy to the sci-fi, horror, and action genres he’s currently best known for. His 2017 short film, Dreadspace, has been commended for its story, directing, and message, as it follows a lonely and disabled veteran trying to connect with his neglected grandson via a virtual reality game. 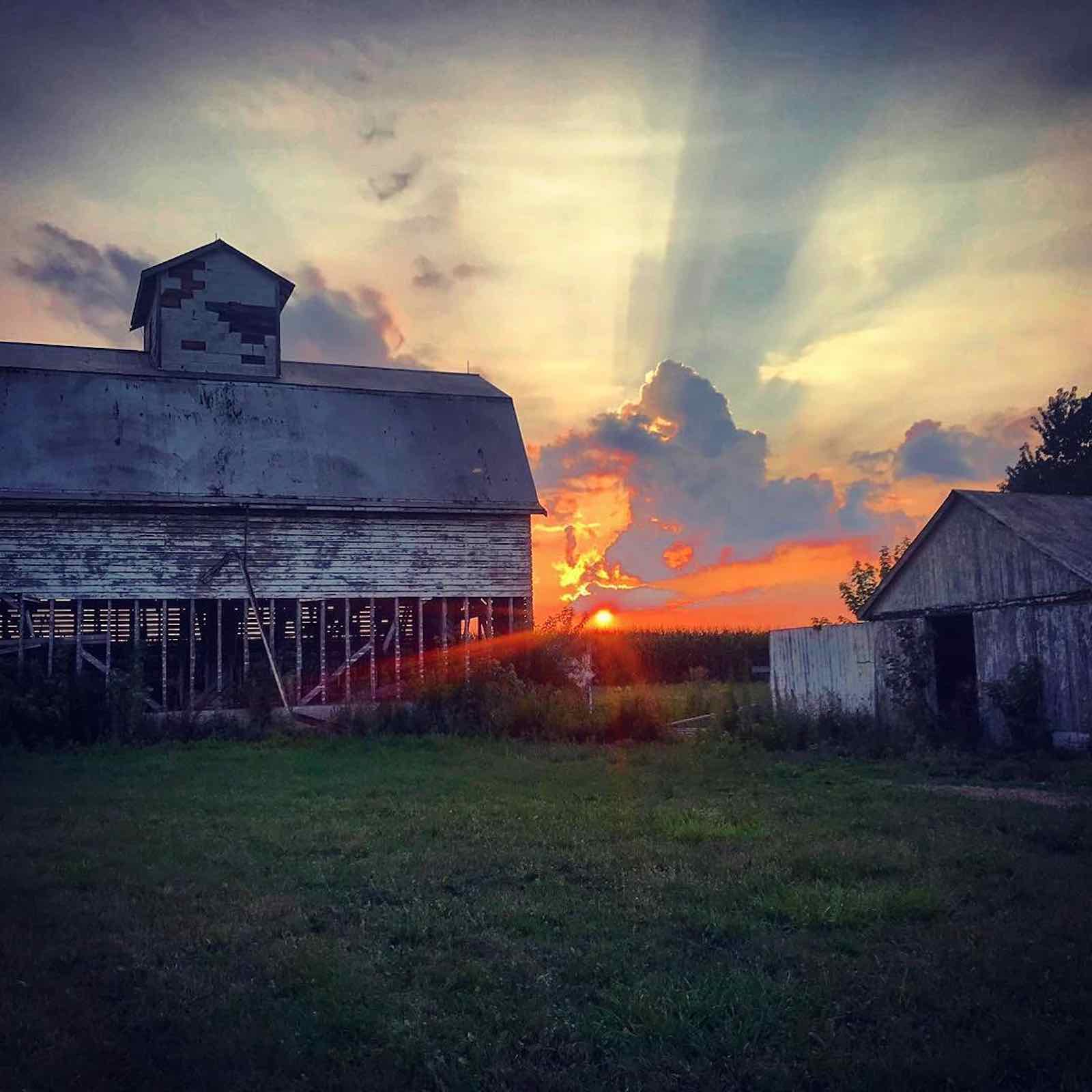 More recently, George Henry Horton created the edge of your seat thriller Ground Floor. The film’s unsettling plot follows Sophia (Stacy Chu) as she heads to the English countryside to get away from her stressful life in the US. As Sophia settles into the home, she awakes one morning to find one whole level of the home has vanished. As parts of the home continue to disappear, Sophia must determine what is real in order to survive.

Project Dorothy, Horton’s latest work, brings a fusion of sci-fi and horror. Starring Tim DeZarn (Fight Club, The Cabin in the Woods), Adam Budron (High on the Hog), and  Alexander Flores (The Maze Runner), Project Dorothy is the story of two criminals who botch a robbery. Taking refuge in a presumably vacant scientific facility, they inadvertently awake a monster within. 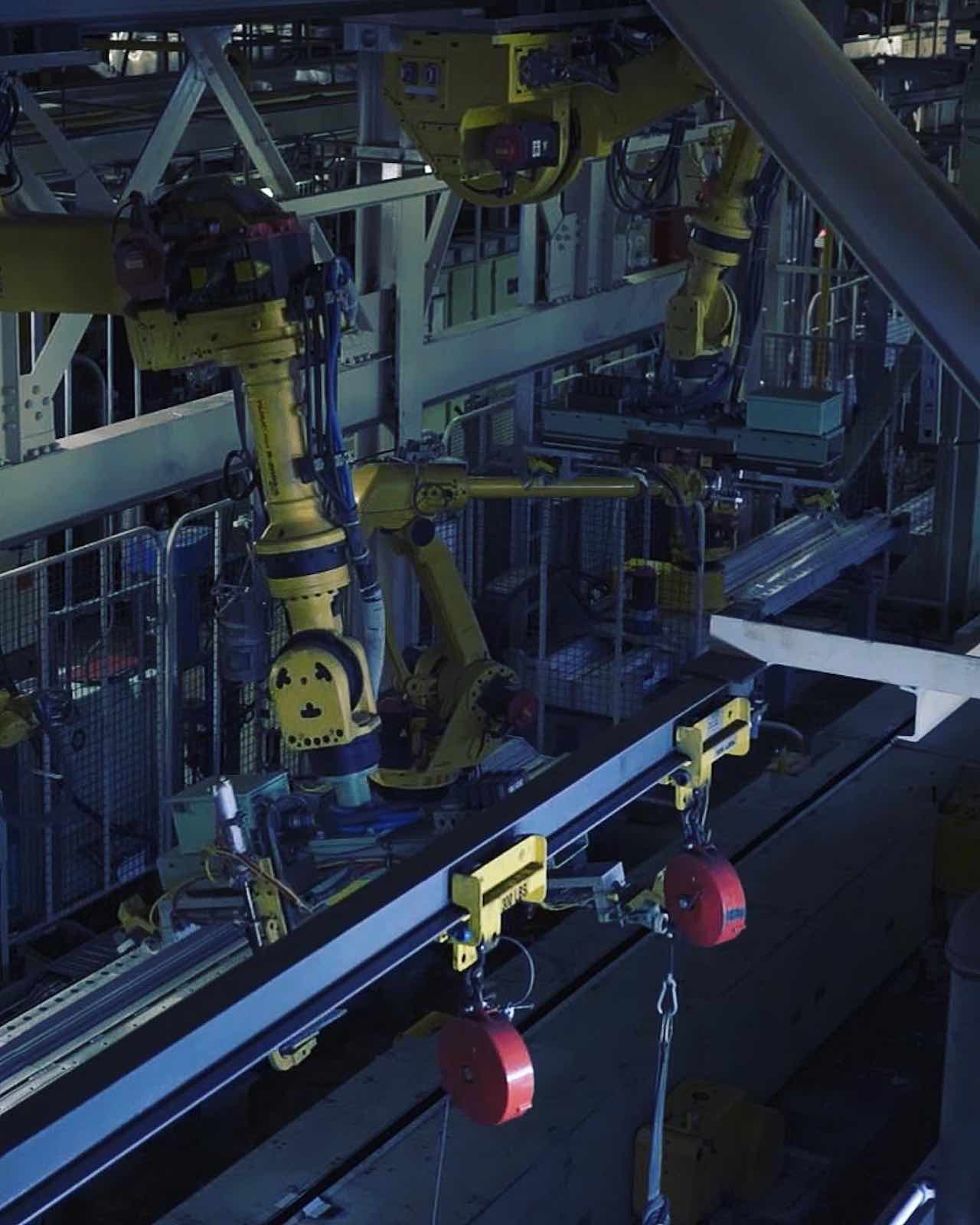 We were thrilled to learn about everything we could about the versatile director, writer, and producer, George Henry Horton. Gamely answering our full gamut of questions, we got the scoop on everything from his past police work to his true inspiration.

I’d filmed weird little projects as a kid, but I’d never really considered it a viable career path until I was studying at King’s College London – In Philosophy and Theology, nothing to do with film(!) – and I met a guy called James Shamsi. James convinced me to get involved in this YouTube prank/skit channel with him. It went through different names but the final – and current – name is “JesterLads”.

I rapidly found myself far more invested in the channel than anything else! It was just fun and games, with a few hundred views here and there. But then one of our videos went viral. This quite literally changed my life. We were featured on NBC, ABC, Huffington Post… You name it. It was surreal. 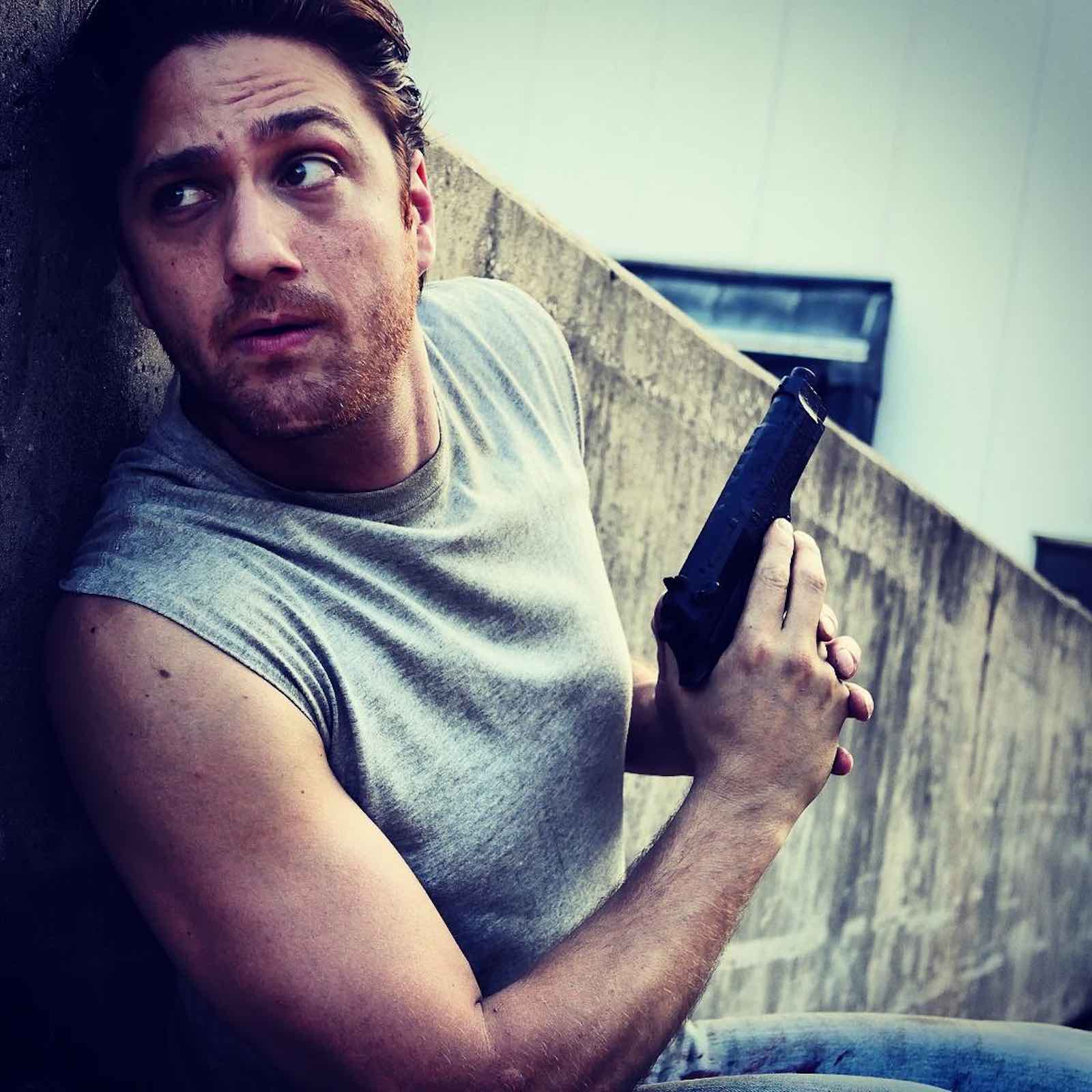 I then landed a gig helping a producer on a film in Canada. He convinced me to change my entire life plan and go study film in LA. That was it. AFI taught me my hand in film, gave me the network, and I’ve been in LA since.

I’m probably more invested in feature films, but I’ve never lost my connection to the cheeky fun of those little videos. I’m definitely more into films that strive purely to entertain than a lot of my film school peers. And so I’ve recently decided to merge my production company with JesterLads to create one diversified company/brand. We’ll do comedy videos and feature films. And maybe sell merch too!

The Duplass brothers, A24, Blumhouse.

I know it’s been out for a while. But if you haven’t seen it – Breaking Bad. More recent? Chernobyl. Black Mirror. After that… My advice would be to watch a diverse range of TV. Don’t like sci-fi? Give it a try. 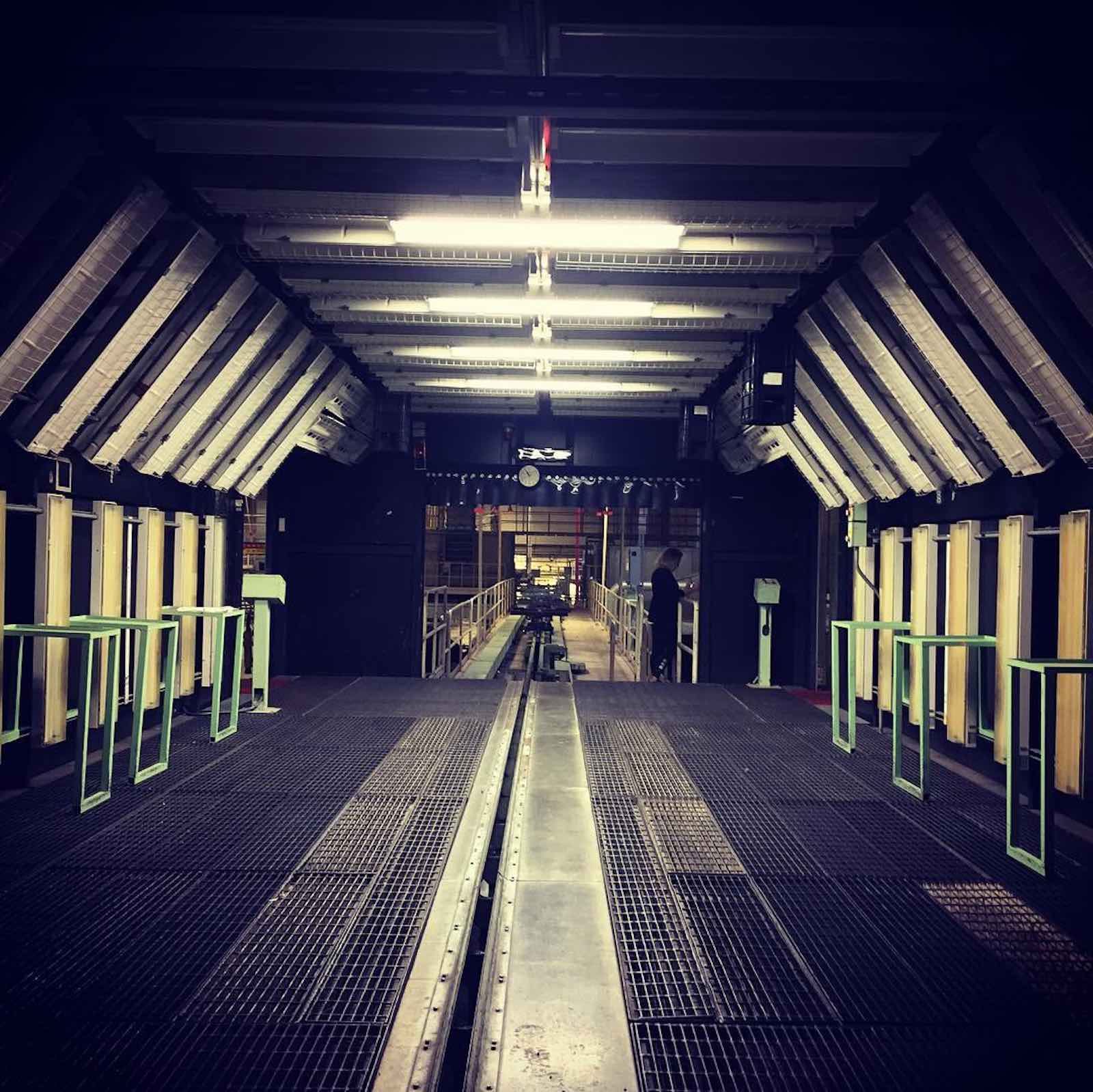 How was working on your last few projects? What did you learn from the experience?

Well, I got to direct a proper cast and crew for the first time on Project Dorothy, the one I’m currently deep in post-production. I can’t begin to say how much fun that was and how much I learned. I mean, it was essentially my first time directing, and it was a feature!

I also was working with an actor called Tim De Zarn in the lead role, who’s a guy who studied with Meisner and could be one stern dude. One of the producers was actually terrified of him for the whole shoot!

Before that, on my no-budget feature Ground Floor, it was just me and an actor, Robert Rodriguez, El Mariachi style. I learned that if you set your mind to it, you can do a feature pretty much by yourself. Not sure I’d recommend doing it too often though!

So in between undergrad in Philosophy and Theology and grad school in film I had worked as a cop in London, at an insurance broker, and I had a plan and indeed an offer to go to NYU to study politics. So it’s fair to say I didn’t know what the heck I wanted to do for a minute there.

Where do you get your creative concepts from?

One part daydreaming and just trying to experience as much as possible in life, and one part pragmatism. I studied producing, and although I enjoy writing/directing, the producer in me is very practical.

My current model is to find a really cool location for free, then build a film around that. For example, with Project Dorothy we shot in an enormous abandoned car factory we had access to for free! Right now I’m trying something a little different and developing a zombie film which will be very run-and-gun.

So I’ll be honest, I’m not the biggest fan of development. I shot my first feature with just a beat sheet, and the second we had only a month to write (the car factory availability had an expiry date on it). I co-wrote with the main writer, and he was pretty stressed about getting it out so fast, whereas I secretly kind of loved it.

Too many projects stuck in development for too long. When on set, my creative process is highly collaborative and flexible, but with room to stick to my guns when the time calls for it.

It’s a cliche, but… Go shoot. Shoot all day long. Until your arms are tired! And be friendly and try to be outgoing – build your network. And recognize possibilities that may lie right in front of you.

You need to make sure you tailor the scope of the project accordingly. But I personally thrive on shoots with small nimble crews. Bigger crews might seem more efficient, but they can be cumbersome. And since my business model involves my company raising the money for the projects, small crews equals lower budgets equals a higher chance of a return.

The Lord of The Rings: Return of The King.

I do struggle to stay focused, but probably this zombie movie I’m working on. It involves global warming. I’m also trying to position it to be franchisable. Other than that, I’m looking to really make “JesterLads” more of a broad thing.

The producer who convinced me to go to film school I consider a mentor, but I don’t know that I actively work with them on a regular basis. Maybe I need to look into that.

I want my films to be escapism. And I want to build a community around my “JesterLads” brand and help others achieve their filmmaking goals.

When I was a kid in my small town in England my big ridiculous dream was to be a surfer and actor living in LA. I live in LA, I’ve kind of acted in a few things. As for the last one… Does having a random surfboard in my apartment count?

If Project Dorothy or Ground Floor do well, I hope so. But it’s not my focus.

I hesitate to be too specific here due to the unpredictable nature of our industry. I would love to just be working making content that entertains and inspires people. I do hope to make “JesterLads” a bigger and more dynamic entertainment brand. Secretly and narcissistically, there’s always the hope of broad(ish!) recognition within the film industry for my work.

I recently watched Thunder Road by Jim Cummings. Check it out if you haven’t already.

On a closer to home note, Lauren Guiteras and Olesia Saveleva are two unbelievable cinematographers I have worked with who I can say, without a shadow of a doubt, will be running Hollywood in no time. And about time. There should be more female DPs.

Uh oh. A repeated answer. The Lord of The Rings: Return of The King. From what I understand, that film’s cast and the crew were like a family. It shows.

I have to give this to my go-to composer Matthew James. May we continue composing music together whilst drinking rum and whisky for decades to come. 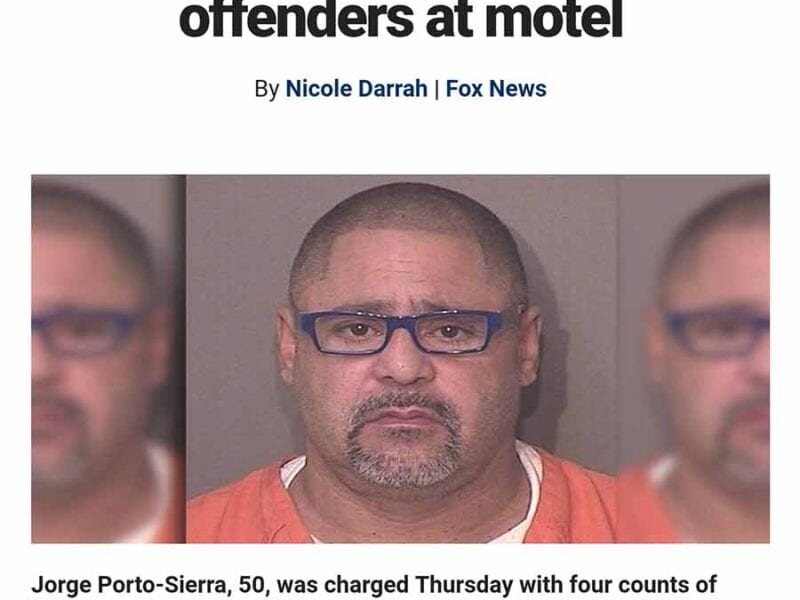