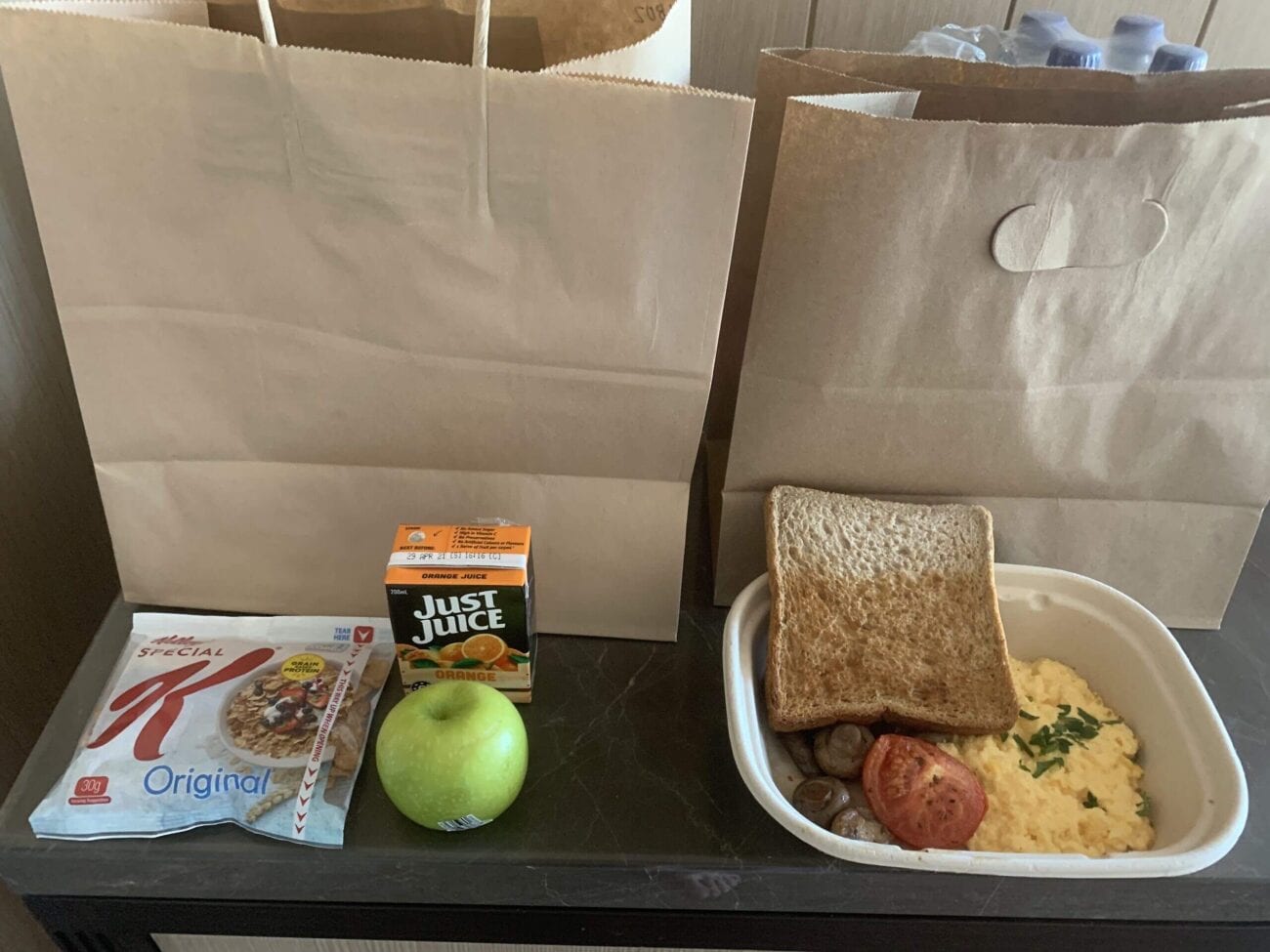 Fyre Fest or NYU? The saddest college meals ever seen

Disappointment comes in all shapes, sizes, and price points, but nothing makes us more hangry than when something goes wrong with our food – just ask anyone who attended the 2017 Fyre Fest.

As thousands of students across the U.S. are flocking to start their college semesters, some colleges are enforcing pandemic protocols procedures. But lack of preparation, planning, and resources are already taking a toll on returning students.

From state universities to pricey private colleges, students have taken to social media to expose what some are calling Fyre Fest-like food– and these are some of the saddest college meals we’ve ever seen. 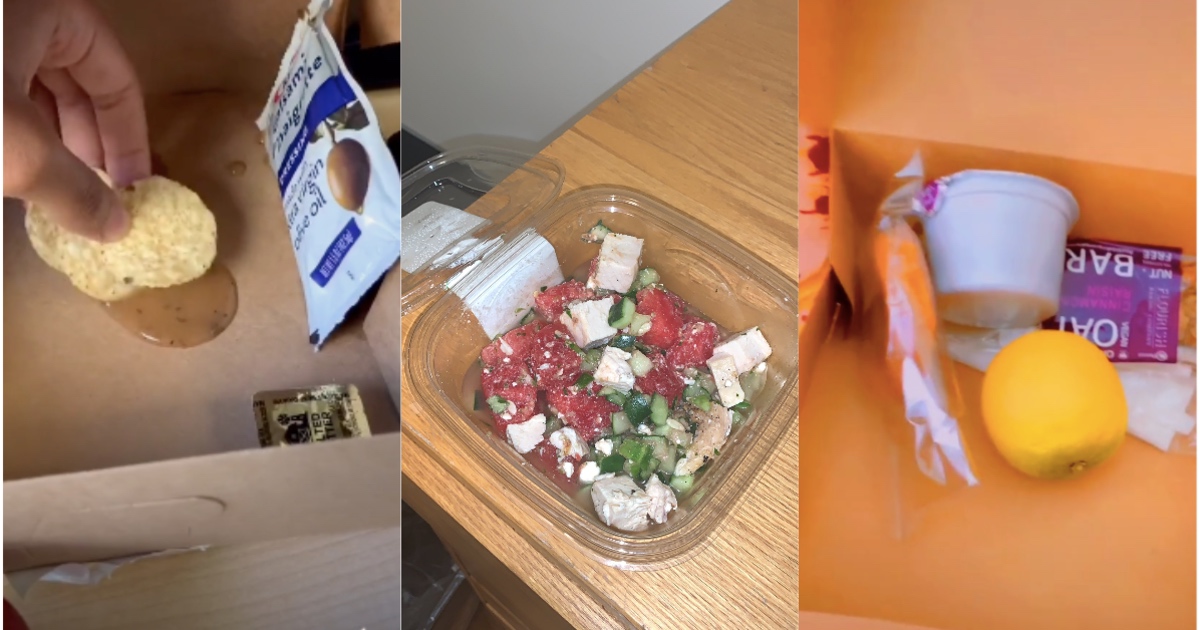 College is back with the saddest meals

For a large part of the year, uncertainty loomed around whether or not colleges would be able to reopen for the fall 2020 semester. From decisions affecting college sports to prospective international students, everything seemed up in the air.

Suddenly preparations to return were underway, and as August arrived, so did a strewn of move-in days for students across the U.S. – all ready to begin the “new normal” in higher education.

From athletes to out-of-state students, many residents moved into their dorms early to start the new year. Aside from the challenges quarantining in their dorm rooms, students are facing another disaster of Fyre Fest-level proportions– sad, horrible food. 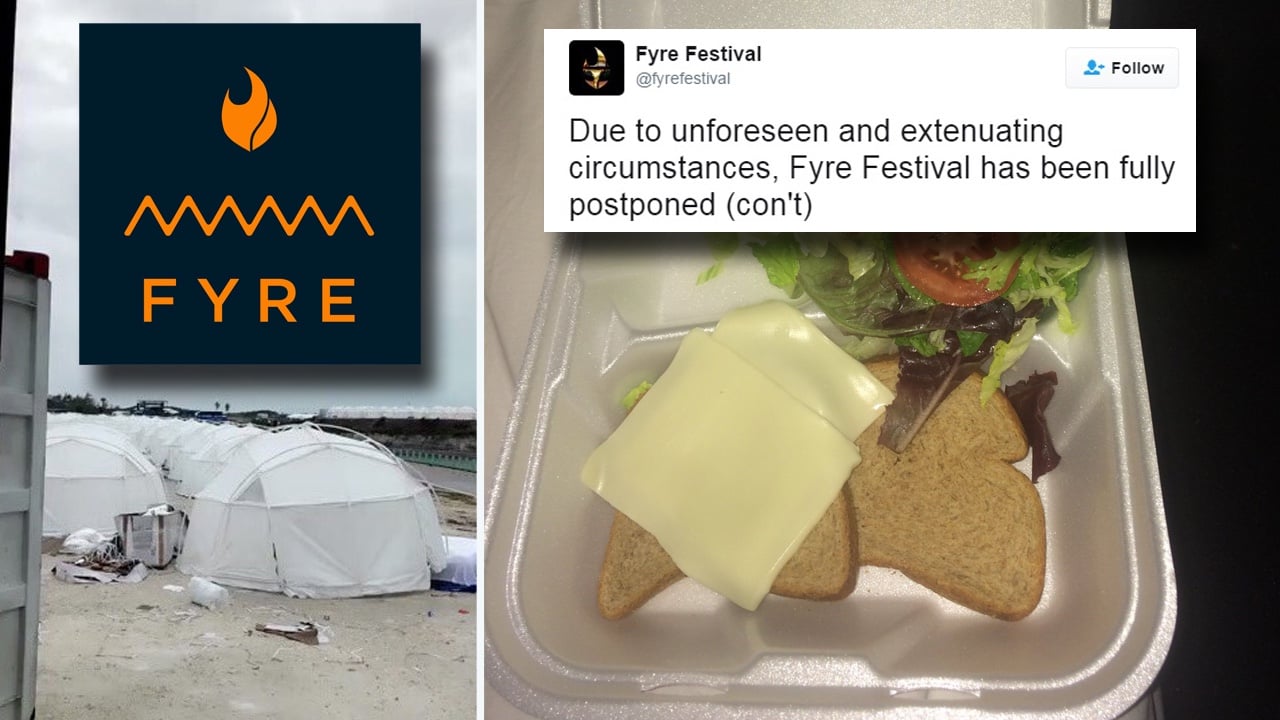 Are students paying for NYU or Fyre Fest?

For anyone unfamiliar with the 2017 Fyre Fest disaster, here’s all you need to know: Fyre Fest was a fraudulent music festival claiming luxury venues with high-profile performers. It was set to offer weeks of fun in the Bahamas; but what people got was nothing as advertised.

Okay, we’ll give every college student in the U.S. a chance to make their jokes– but for the returning students of elite schools like NYU, this is a current reality. Taking to apps like TikTok to voice their concerns, NYU students have joined voices from other schools to express dismay at troubling food situations. 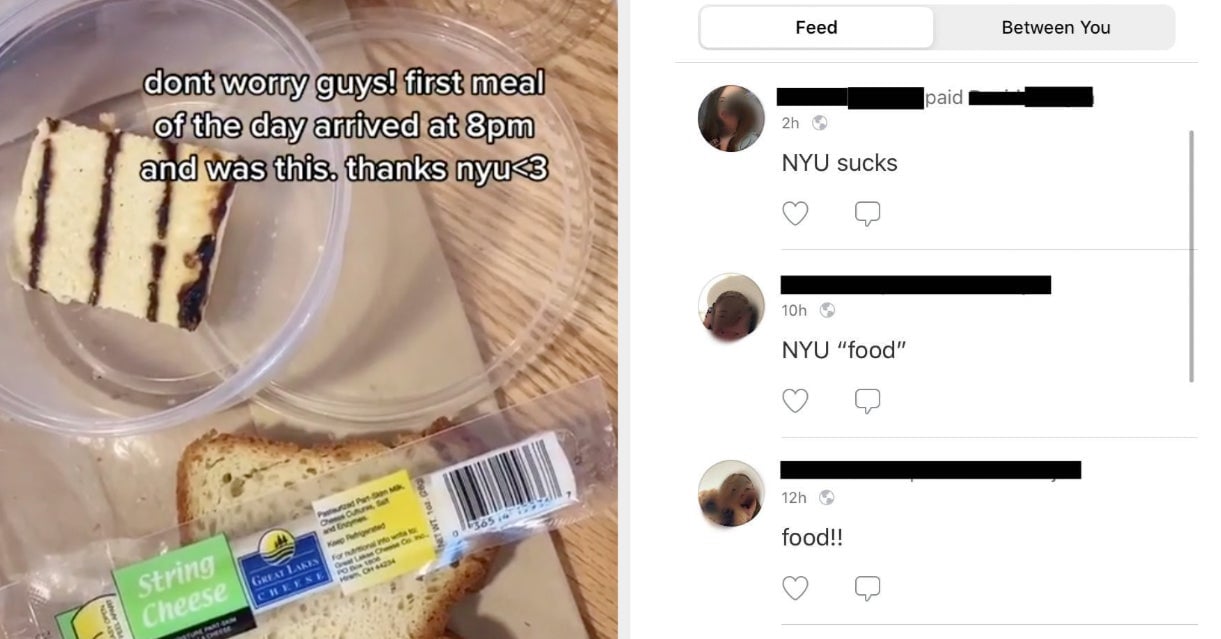 Colleges like NYU are attempting to maintain COVID-19 safety standards – pre-packaging meals, restricting visits to dining halls, and hand-delivering food to its students. But quality and carelessness seem to be the biggest points of contention.

In recent updates from Buzzfeed News, NYU students have reported being given entire vegan meals consisting of “granola bars, chips, and a lemon” – because everyone knows if there’s one thing a vegan loves, it’s chewing through an entire lemon as a meal. Over the past few days, hundreds of TikTok videos have emerged with similar issues. 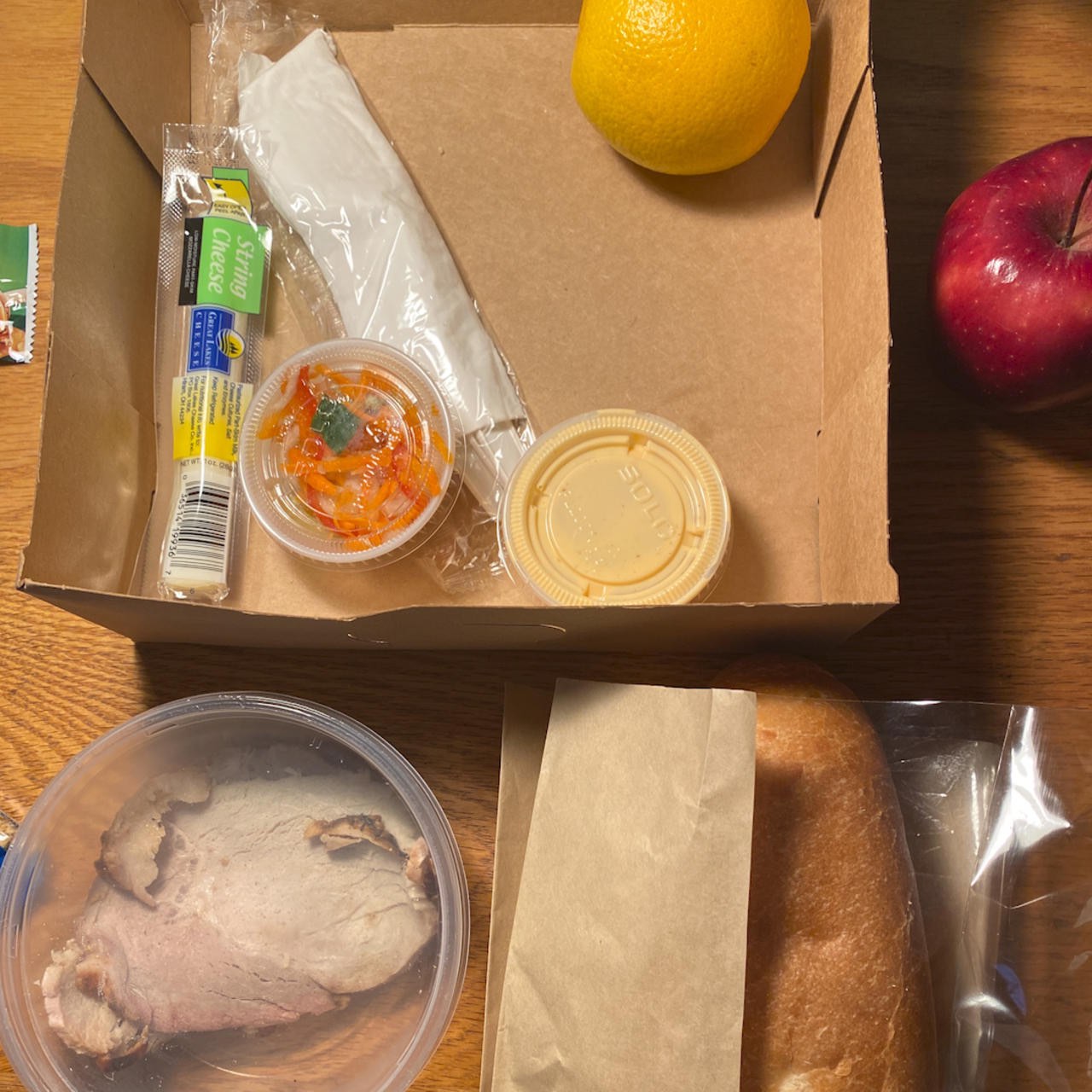 TikTok users @zeinab.ym, and  @nautica.n reported not receiving their first meals for the day from NYU until as early at 12:30pm, or as late as 6pm. When the students’ meals arrived, some consisted of “cereal with no milk, and another a plastic container of some sort of watermelon salad.” NYU’s current tuition is $74,000 – for a single year.

A first-year student at NYU named Tara Shear shared via TikTok her experience quarantining in her dorm. Shear decried the “hours waiting for [a] little box of snacks.” Shear recalled students getting steak salads in mislabeled “vegan” boxes, and some students relying on outside food delivery services despite the extra cost. 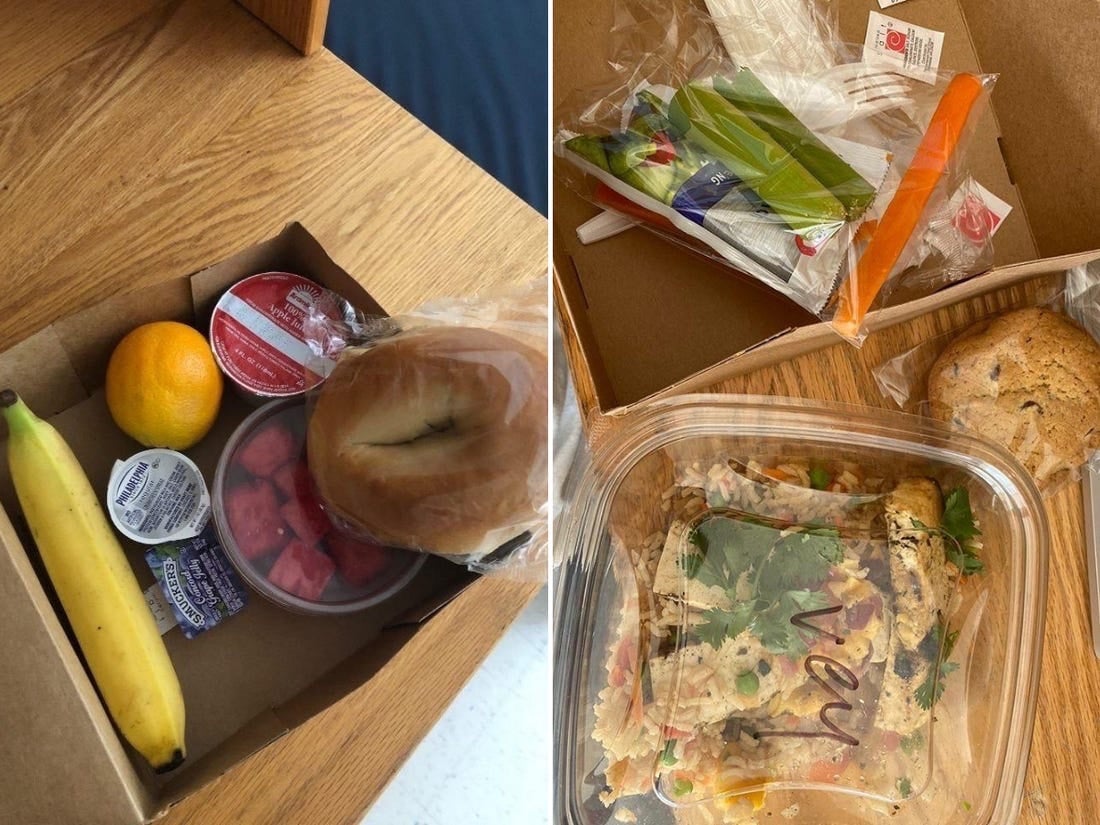 Apart from vocal outcries at the expensive Manhattan school, students at the University of Georgia have also taken to TikTok to share their food dilemma. Although also following pandemic procedures, UGA students are allowed to pay full meal plans and enter the dining hall. Returning students noted the food portions and quality are nowhere near the same.

A UGA TikTok user named @willtv.__ documented the long lines of students waiting to get into the cafeteria, only to find few options available. Recording how the normal cost of entrance got him a sad-looking cheeseburger and fries in a plastic container, his video was captioned: “I shouldn’t pay all this money to get an elementary school vibe.”

Whether waiting all day in your room or in a line, the trend for the beginning of this school year is limited food options, small portion sizes, and a mad scramble to feed hungry students during these trying times. 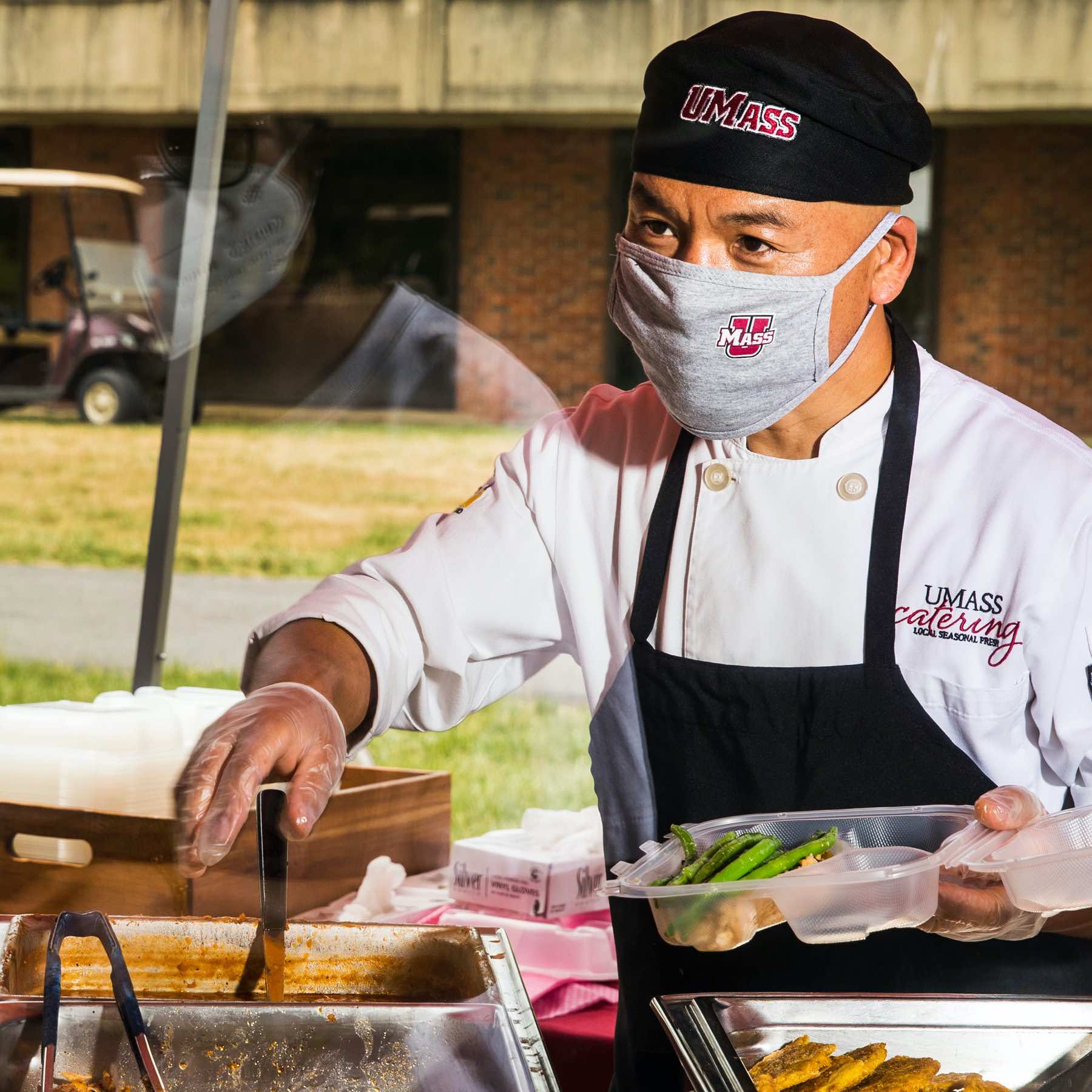 Unlike the fraudster sentenced to prison for the Fyre Fest calamity, colleges and universities have nowhere to hide. While some universities across the U.S. have found successful plans for return, others are reacting to their students’ online backlash.

NYU is currently providing its three, pre-semester meals free to students. But Tara Shear told Buzzfeed News “I know students who are spending $20-plus for one simple meal to be delivered” from food ordering sites. Such a cost is alarming to college students on a budget, but it’s getting students reasonable portions at reasonable times. 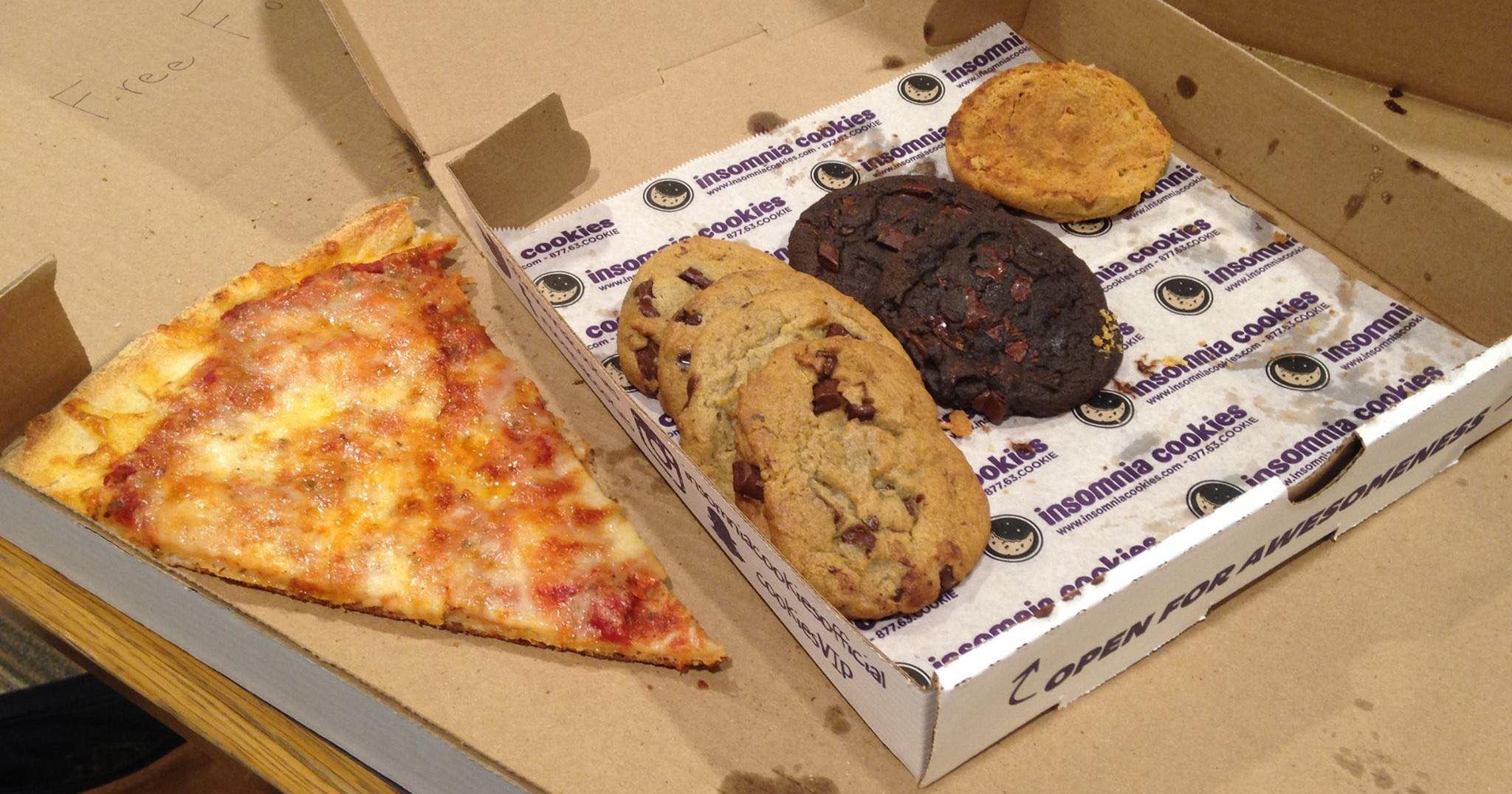 Spokespeople for multiple schools have been vocal about their students’ complaints. In an email to Buzzfeed News, UGA responded they “are listening to [students’] feedback” and are providing their students with opportunities “to explore and have additional dining options.”

An NYU spokesman blamed the food issues on its food vendor, Chartwells. NYU is trying to fix the issues quickly, and Chartwells is “adding more staff members to aid delivery, management, and responses to errors or complaints.” The spokesman denounced the “ regrettable error,” and called it “a let-down for our [their] students.”