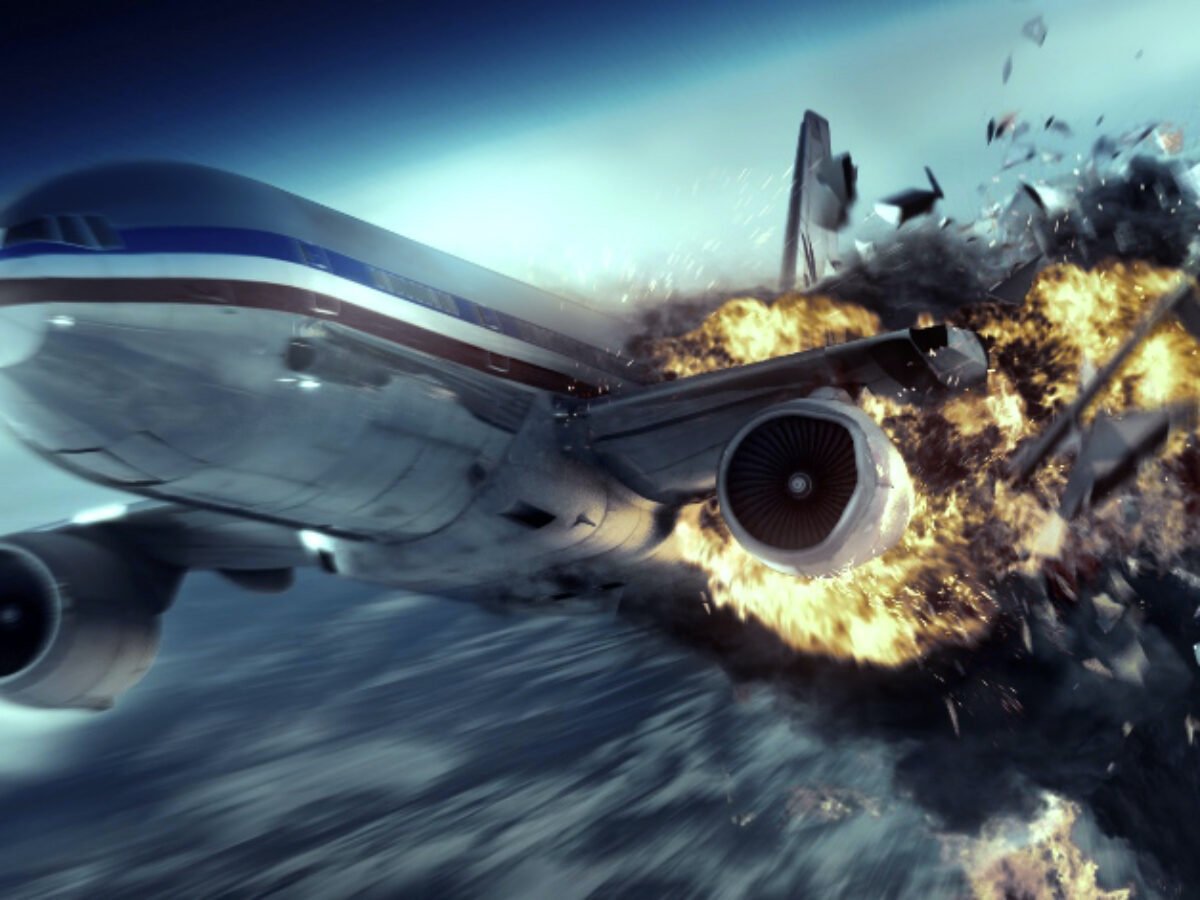 Fear of airplanes? These silly flight crimes will deter thinking of crashes

The fear of airplanes, aviophobia, is actually a pretty commonly reported fear. As much as 40% of the American population reports a fear of flying to some degree. The amount of people who have an actual clinical phobia may be as little as 2.5%. Whether you have this fear or think airplanes are totally dope, you have to admit coasting seven miles into the atmosphere at top speeds is a pretty wild thing humans have managed to achieve.

If your fear of flying has kept you from taking trips to paradise, have we got just the thing for you! The next time you’re about to board a plane, instead of thinking of convoluted ways it could crash, think about all the absolutely silly things that have happened on board planes.

Humans may have made it into the Earth’s atmosphere, and even into outer space, but that doesn’t mean they’ve stopped being complete idiots. 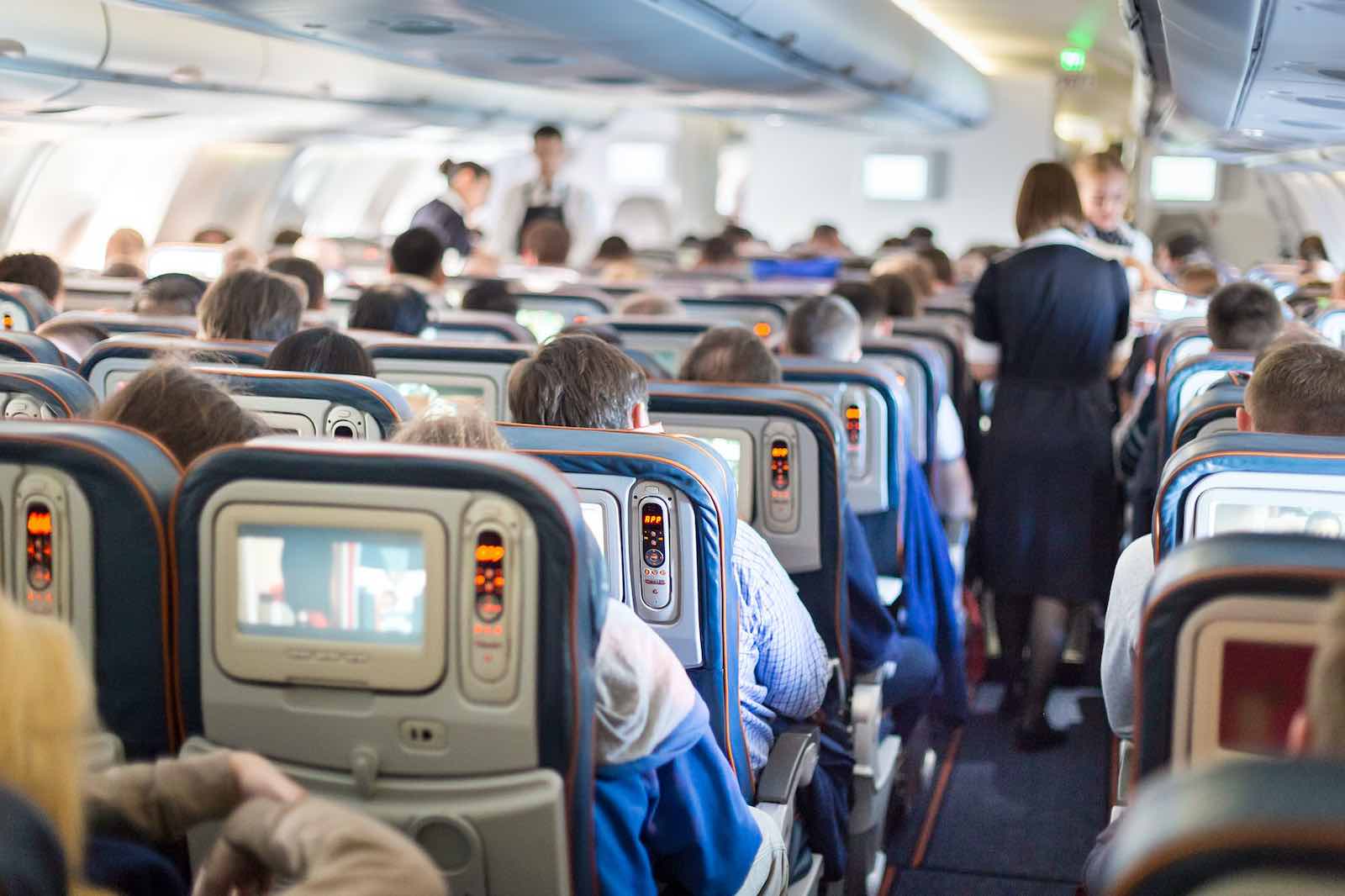 How dare you, kid!

No one likes a rude awakening, but this lady went a little overboard. Radio talk show host, Julianne Malveaux, was jolted awake in her airplane seat when a kid accidentally bumped into her. She swore at the kid. In Julianne’s eyes, this was just the first straw in a series of injustices. Next, a flight attendant accidentally sprayed her with a can of soda while opening it.

When another flight attendant then dared to ask her to put away her laptop while the plane landed, that was the last straw. Julianne grabbed the woman’s arm in anger, which resulted in her being arrested once the plane touched ground. She was charged with assault and sentenced to probation. 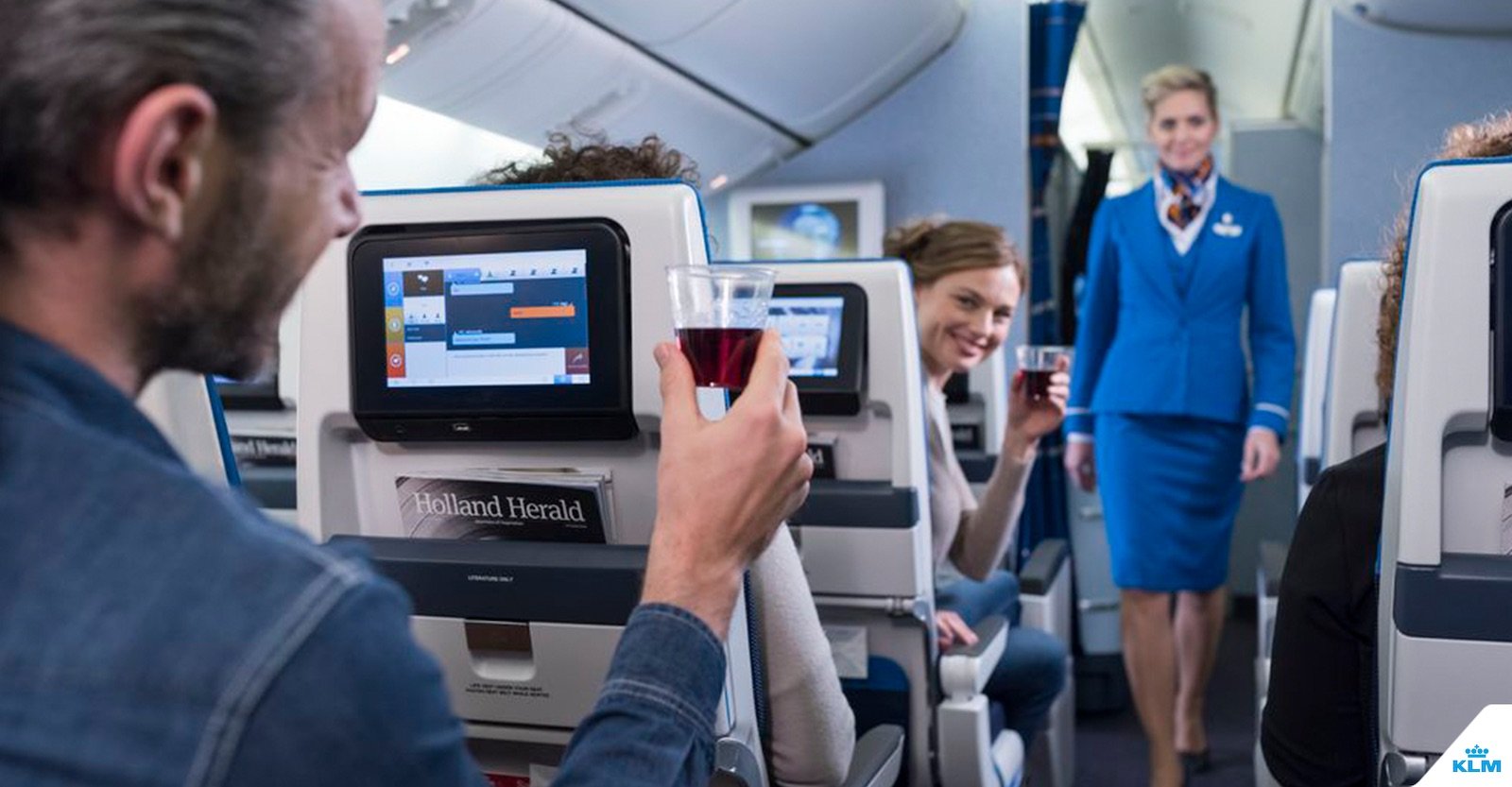 This kooky crowd had other ideas when it came to kids. They saw their kids as secret agents. A drunk group of 18 British & Irish people were having a meal on a flight from London to Minneapolis in 1995. They’d been cut off alcohol-wise, but they didn’t want to take no for an answer. Apparently, they dispatched their kids to steal more booze from the liquor cart while they created a distraction.

The best part? A U.S. freestyle wrestling team was also on board and they helped the flight attendants get the rowdy Europeans under control after one of them assaulted a flight attendant. The assaulter was sentenced to a month in jail. 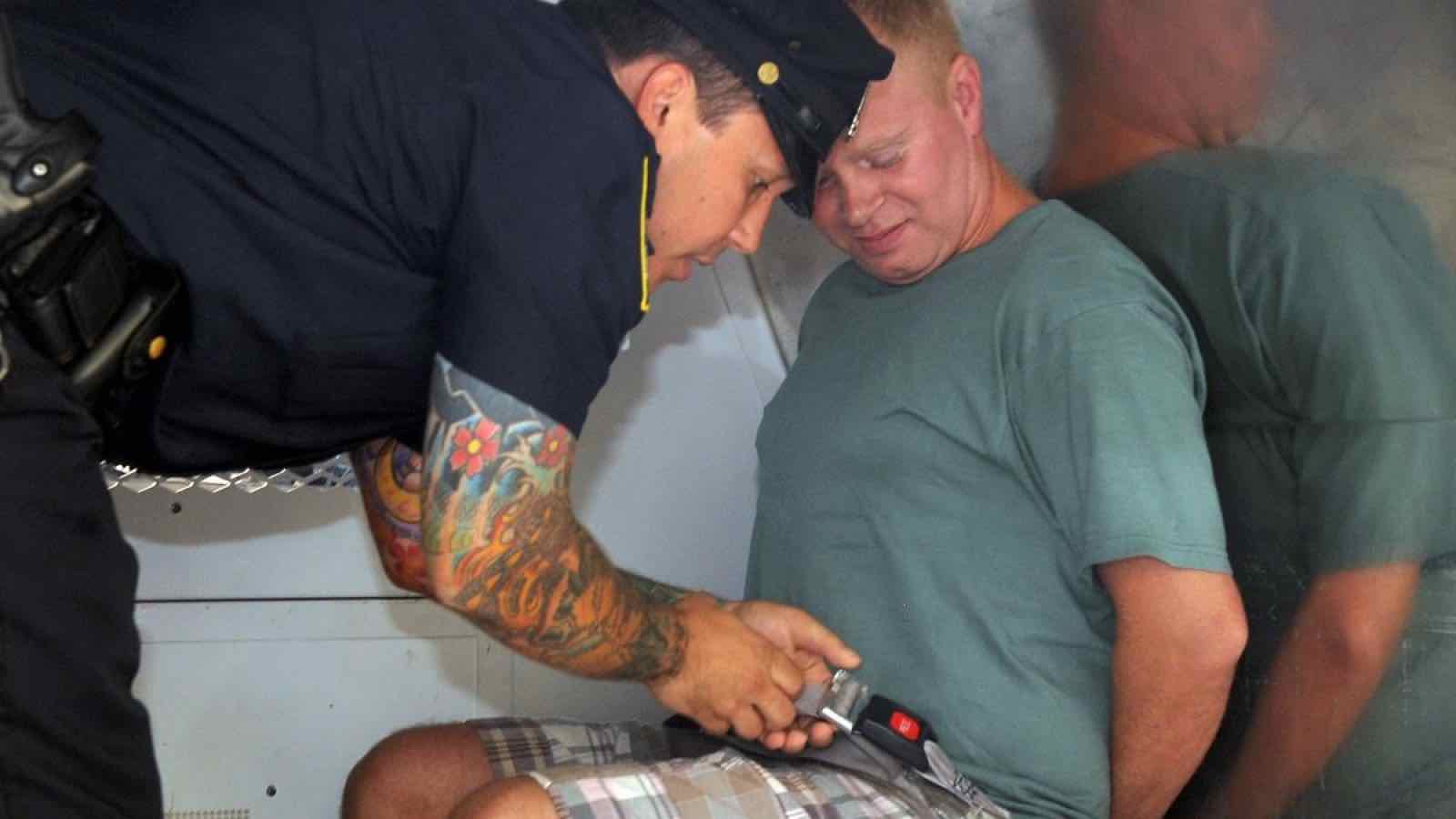 1995 was a great year. 59-year-old Wall Street investment banker, Gerard Finneran, got angry when flight attendants said he couldn’t drink any more alcohol. His response? Not only did he harass and assault the flight attendants, but when his antics did not earn him any more alcohol, he decided to show them what he really thought of them. Gerard got up onto a service cart in the first-class section and took a dump.

Yes, you read that right. He pooped in full view of the passengers and then tried to dash away. Fecal footprints were left in his wake, as well as smears of poop on the airplane cabin walls. Bet you’re glad you weren’t stuck on that flight! Food service had to be cancelled and it was so gross in there that the pilot wanted to make an emergency landing.

Because any stops might have put foreign dignitaries on board in danger though, they were forced to fly straight through to New York from Buenos Aires. Gerard was arrested by FBI agents when they landed, fined $5000, and sentenced to 30o hours of community service. Gerard agreed to reimburse United Airlines for the $1000 cost of cleaning the interior of the plane. 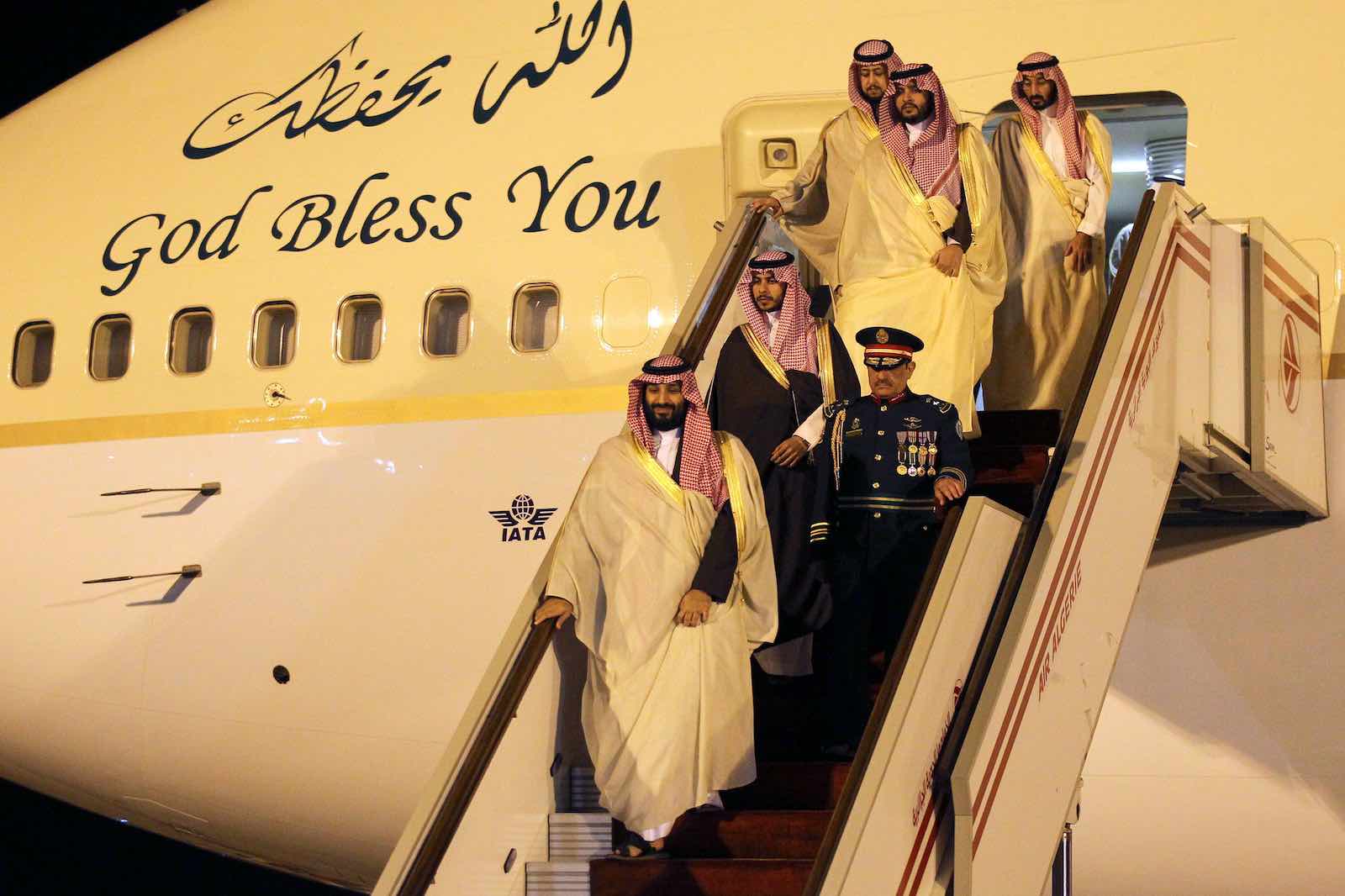 A Saudi princess named Salwa Qahanti was flying from Paris to Boston in 1996. She had objections to being told to return to her seat during takeoff and ended up getting violent with a flight attendant. She had also gotten angry that she wasn’t served drinks fast enough.

Clearly, she was used to getting whatever she wanted. Salwa was fined $500 and placed on six months of unsupervised probation, whatever that means. 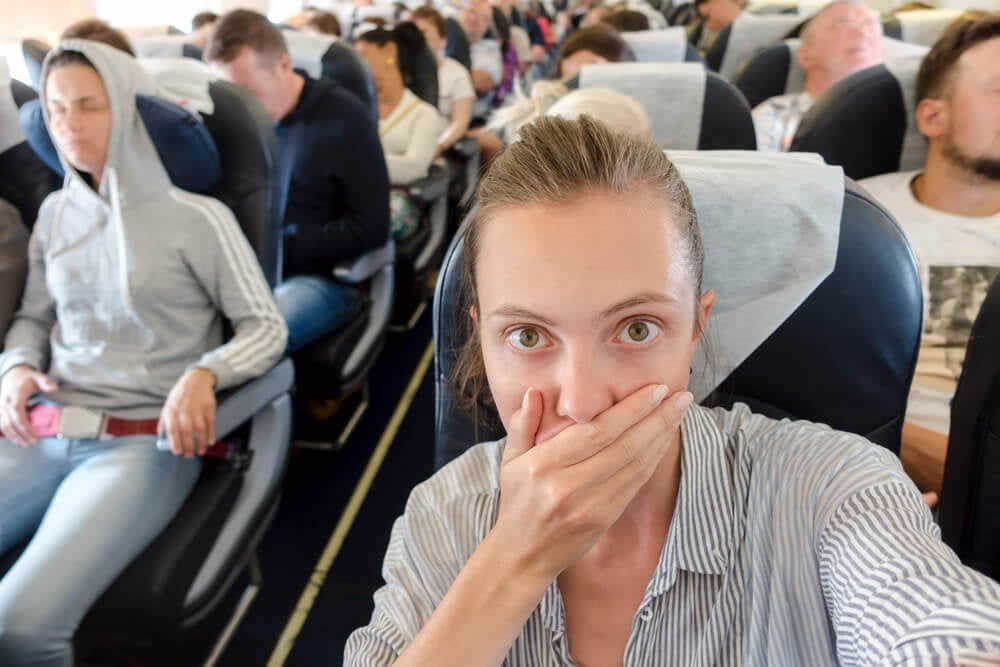 May the blessing of Jesus be upon you

Jesus was on board an airplane? No. Just a guy on an LSD trip. In 1997, 21-year-old football player Dean Trammel was flying home for Christmas vacation when he started walking up and down the plane aisles telling people he was filled with the spirit of Jesus. Dean proceeded to bless people with a pillow.

Flight attendants got Dean to sit down for a while until he decided it was imperative he enter the cockpit. This time Dean got violent. So violent that one of the flight attendants needed three surgeries to repair the damage to their body. That’s not very Christ-like, Dean!

Dean was convicted of assault and reckless endangerment of an aircraft. He was fined $1500, ordered to see a psychiatrist, and sentenced to three-years of probation in addition to 150 hours of community service. 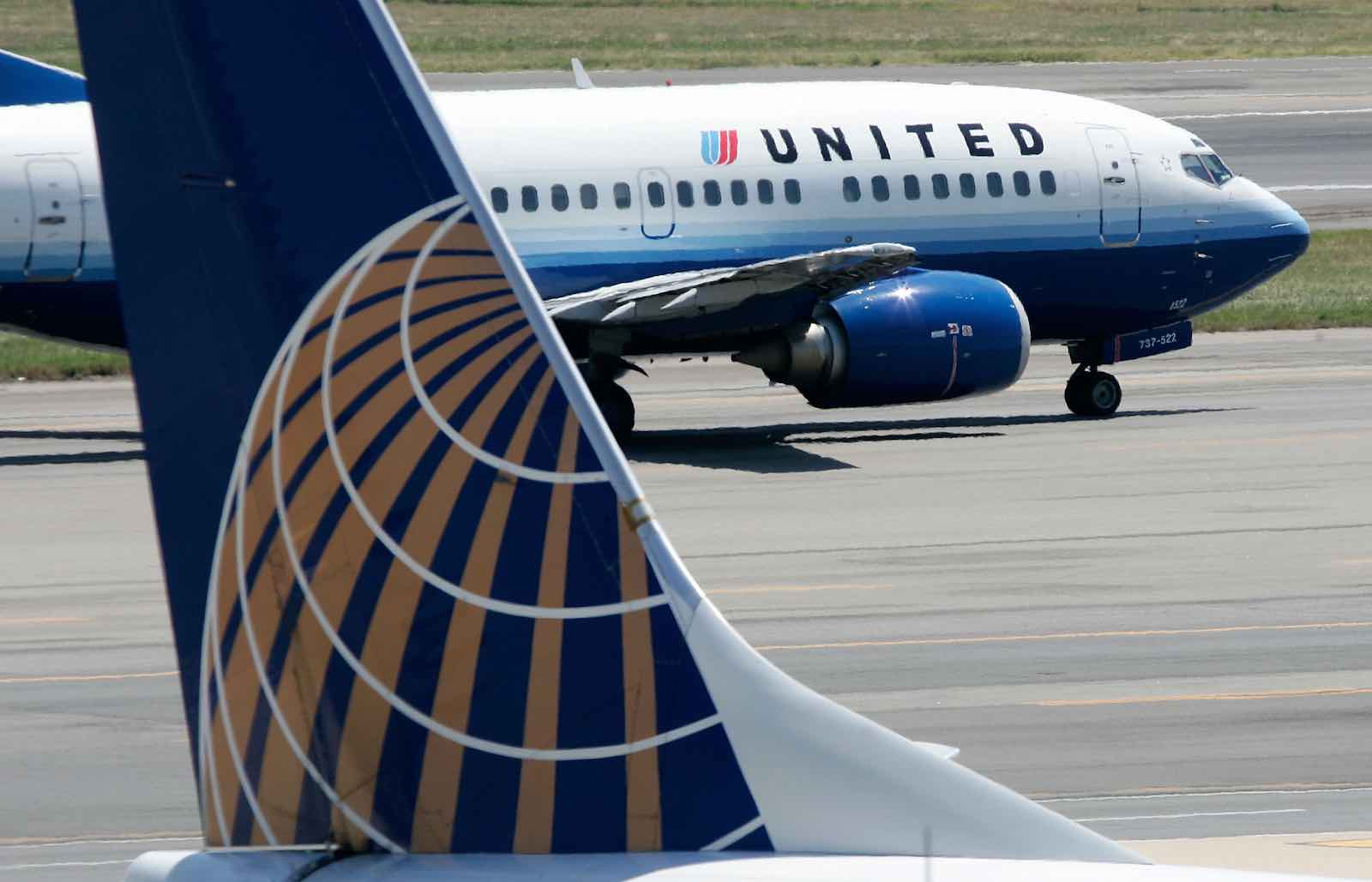 Sanil Shetty Kumar boarded a flight to Tokyo punch-drunk and attempted to enter the cockpit. When he found himself being prevented from doing so, he tried to open an emergency exit mid-flight screaming, “We’re all going to die!” Sanil was sentenced to six months in prison. No matter how scared you are, please don’t be like this guy.

Again, next time your airplane’s about to take off, just think about these silly incidents to get your mind off of flying. You could be flying in a poop-smeared plane, or worse! Also, make sure to be kind to your flight attendants. Those poor people go through a lot.