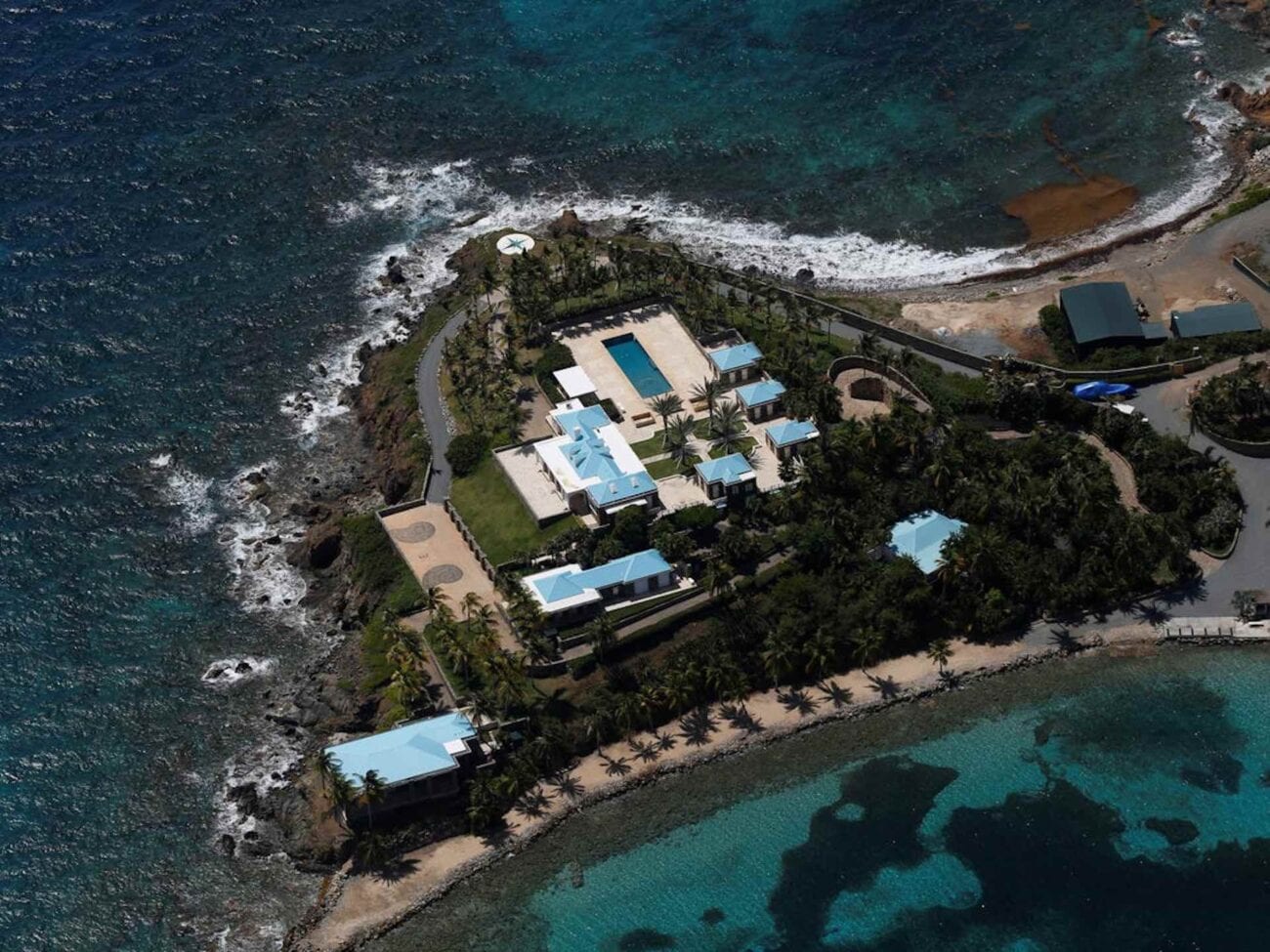 What was life on Jeffrey Epstein’s island like? Here’s what we know

Jeffrey Epstein’s Little St. James, a tiny island off the coast of St. Thomas in the U.S. Virgin Islands, was a private getaway for the rich & famous. Its little black book of guests included the likes of Jimmy Buffet, Courtney Love, and other prominent executives, politicians, and celebrities. 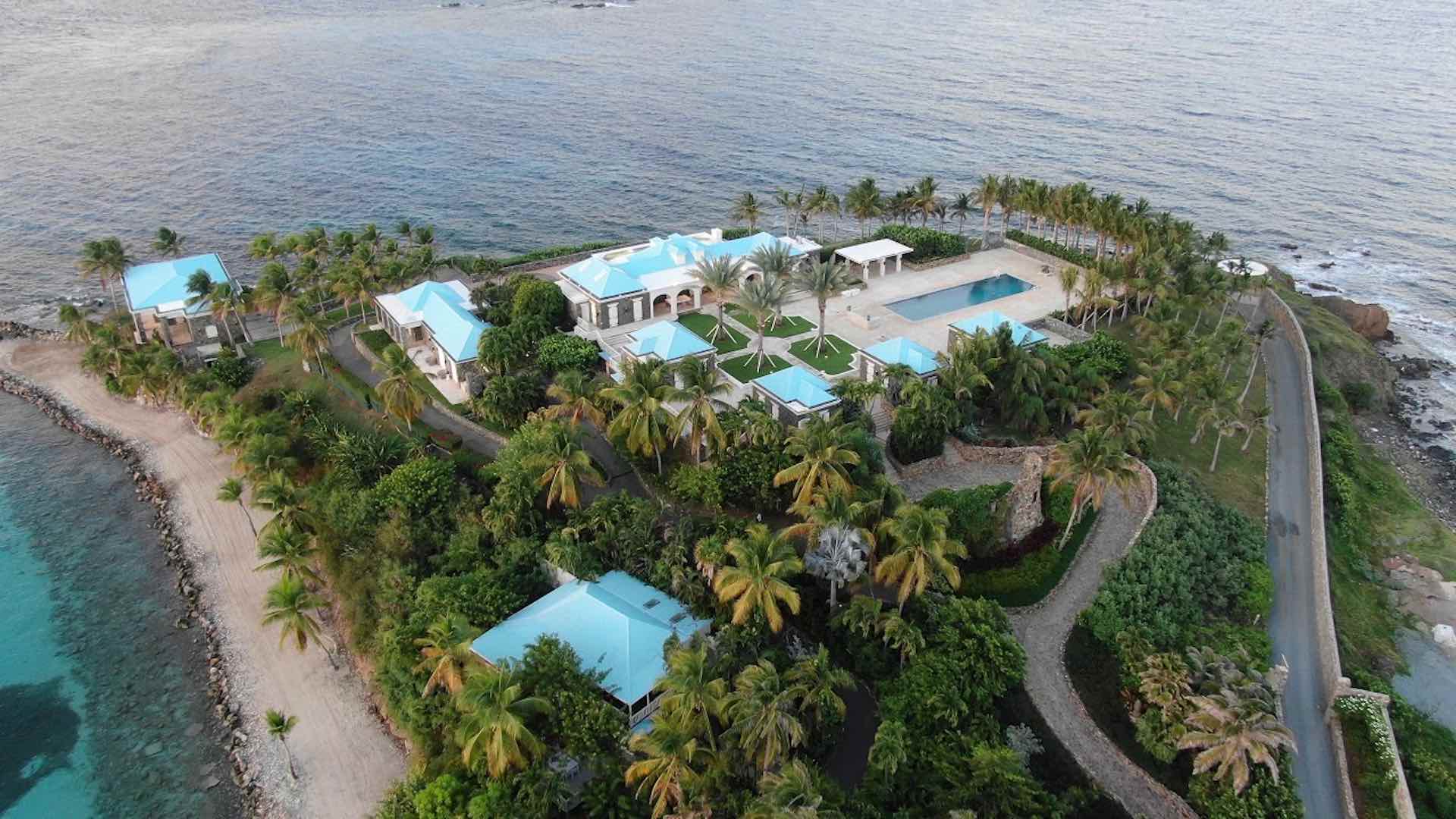 In 1996, Epstein paid $7.95 million for the seventy-five-acre property and had Ed Tuttle, an architect known for his work on luxury resorts, design the island compound. The primary residence was arranged in a “Danish style” layout: individual bedroom suites in discrete buildings surrounding a courtyard, including a pair of large cockatoo statues in the gardens.

Now valued at over $63 million, Little St. James is a playground with a sauna, cabana, and bar. According to Steve Scully, former IT contractor for Epstein, recalled the financier wanting to change the name of the island from “Little St. James” to “Little Saint Jeff”.

As of a 2008 New York Times report, Little St. James had a staff of seventy and five buildings including a villa-style compound, library, cinema, detached bathhouse, and cabanas. There was even a “flamingo-stocked lagoon”. In 2016, Epstein bought the larger Great St. James – a 165-acre island also off the coast of St. Thomas – for $17.5 million. Per the Virgin Islands Daily News, he was planning to build a complex there. 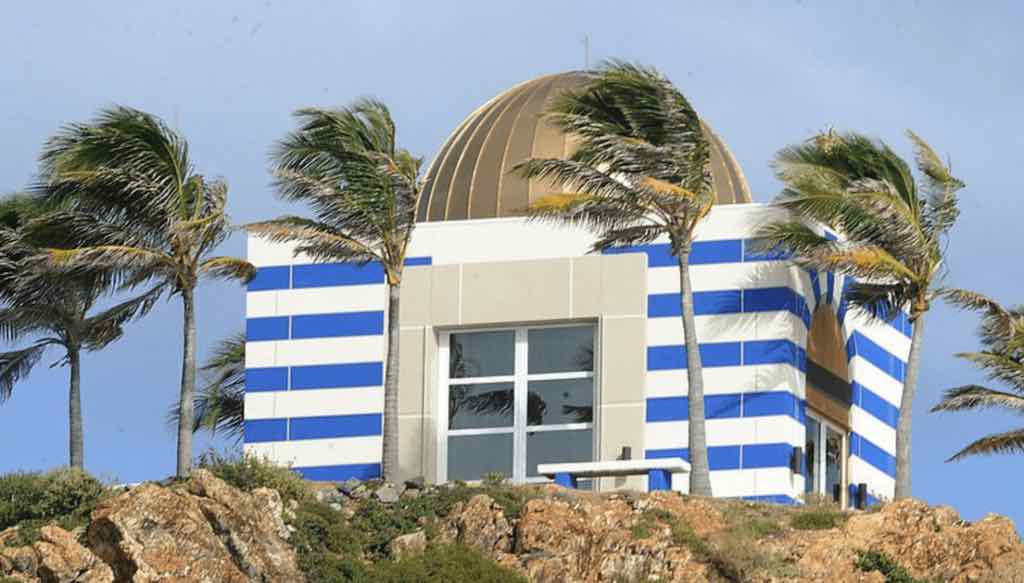 A colorful building some news reports have called the “temple” was actually a gym where Epstein worked out on Little St. James. Scully noted in an interview with ABC News that the gym had a memorable feature: a huge framed photo of a topless woman.

To understand the true purpose of the structure, a Business Insider reporter interviewed Patrick Baron, a piano tuner who had visited the two-floored building twice. Baron recalled seeing a black grand piano, bookshelves, a dark wood desk, and portrait of Epstein – or the Pope (he wasn’t sure which). He classified the structure as a “study” – or even a lair.

“I went in there knowing absolutely nothing about Epstein, except that he was wealthy,” Baron told Business Insider. “And after doing the job and talking to some of my other clients on St. Thomas, and they filled me in on the scandal, my perception of that room changed from a study to a lair.” 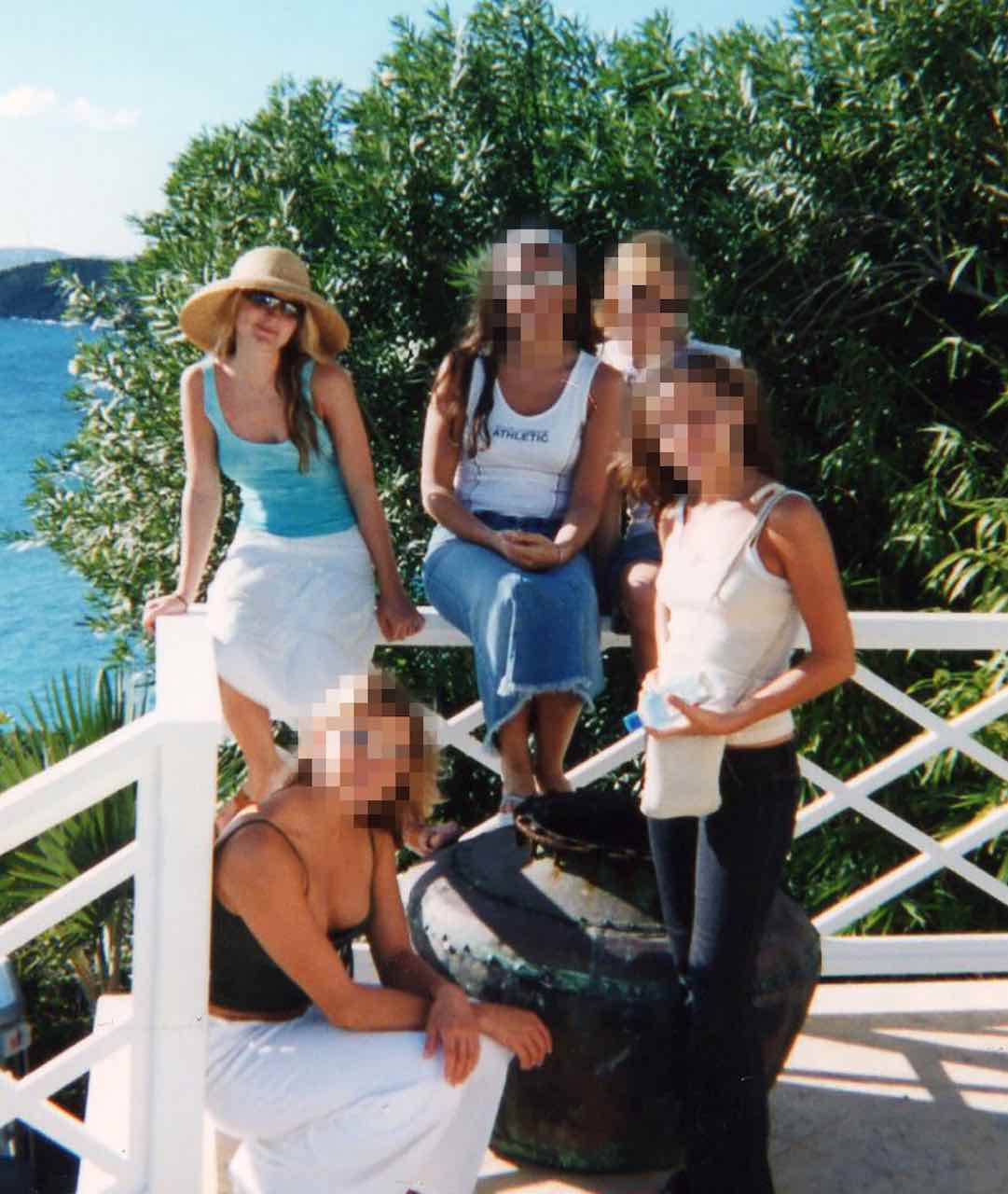 Steve Scully said he ended his business relationship with Epstein over personal concerns about troupes of apparently unsupervised young women on Little St. James. Scully said his reluctance to continue working there was underlined by what he recalled was an extensive collection of photos of topless women displayed throughout the island’s compounds.

“There were photos of topless women everywhere,” reported Scully, a 69-year-old father of three girls who said he worked for Epstein for six years beginning in 1999. “On his desk, in his office, in his bedroom.” 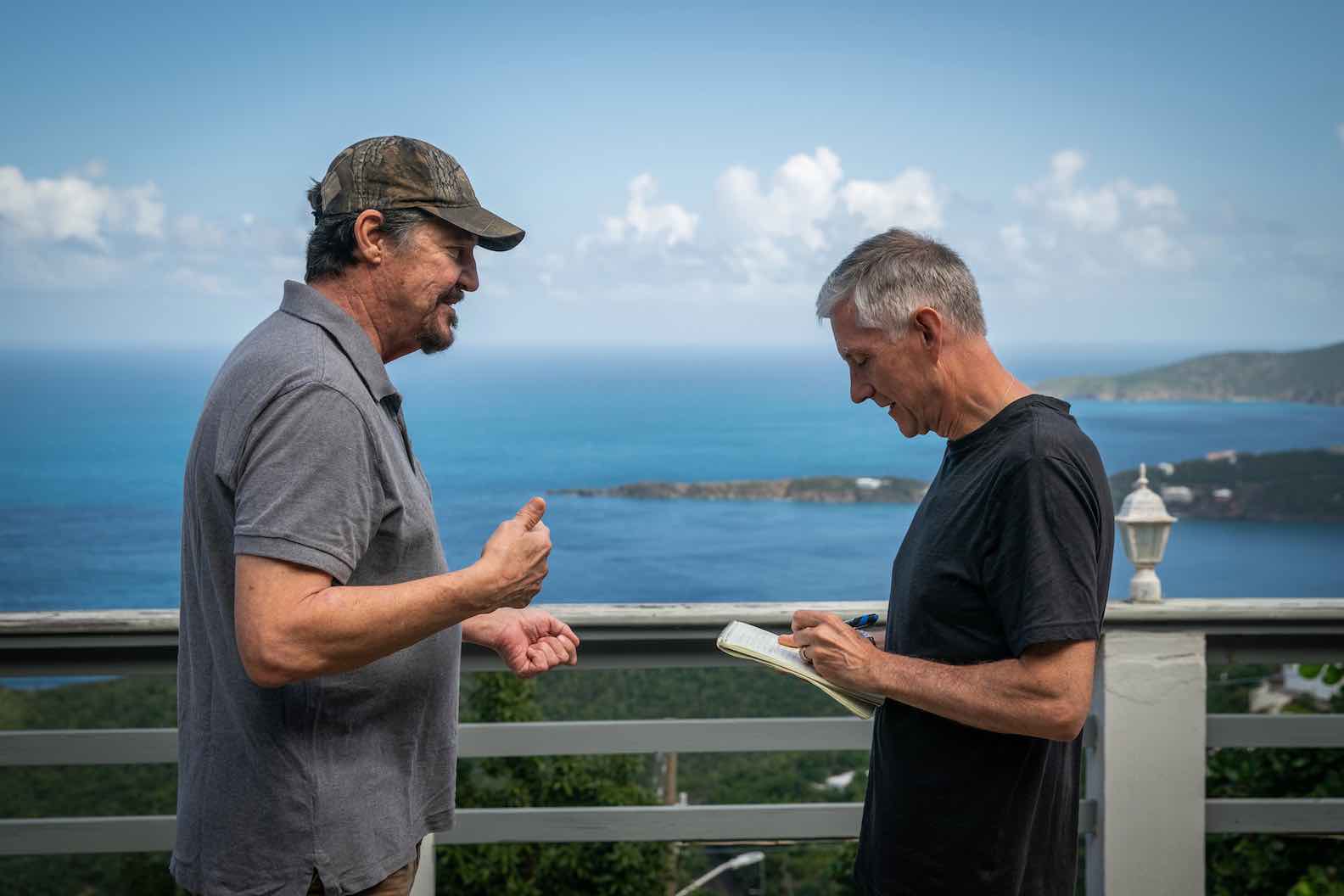 Scully told ABC News he was the chief owner & operator of a telecommunications business on the island of St. Thomas when he was contracted by Epstein to set up a communications network on Little St. James. While employed Scully estimates he visited the exclusive island more than 100 times.

“The truth is, I was there for six years,” Scully explained. “I really started seeing things weren’t normal in the first year. And I started . . . I wear shame and guilt. Because you know what? When you allow money to dictate your moral consciousness, you’ve lost all idea of moral consciousness. It’s not about the money. It can’t be.”

ABC News reviewed invoices provided by Scully during the period of his employment, each billed to “Little St. James”, one of Epstein’s corporations. Scully estimated that he did about $400,000 worth of business with Epstein – something he now admits to regret. 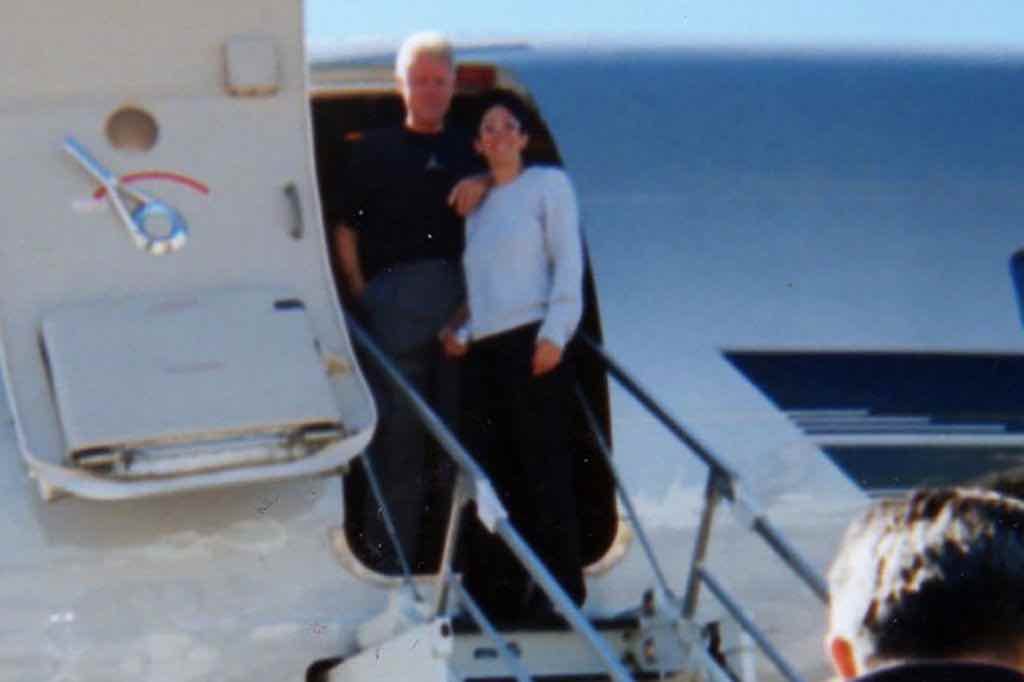 According to the Miami Herald, Epstein’s “plane records show that during the time he was abusing young girls, he was flying former President Bill Clinton, Harvard professors and administrators, Nobel-prize winning scientists, actresses, actors, philanthropists and a who’s who of wealthy and powerful people to his island”.

“Bill Clinton has been on that island. I saw Bill Clinton sitting with Jeffrey on the living room porch,” claims Scully in the Netflix documentary Jeffrey Epstein: Filthy Rich. 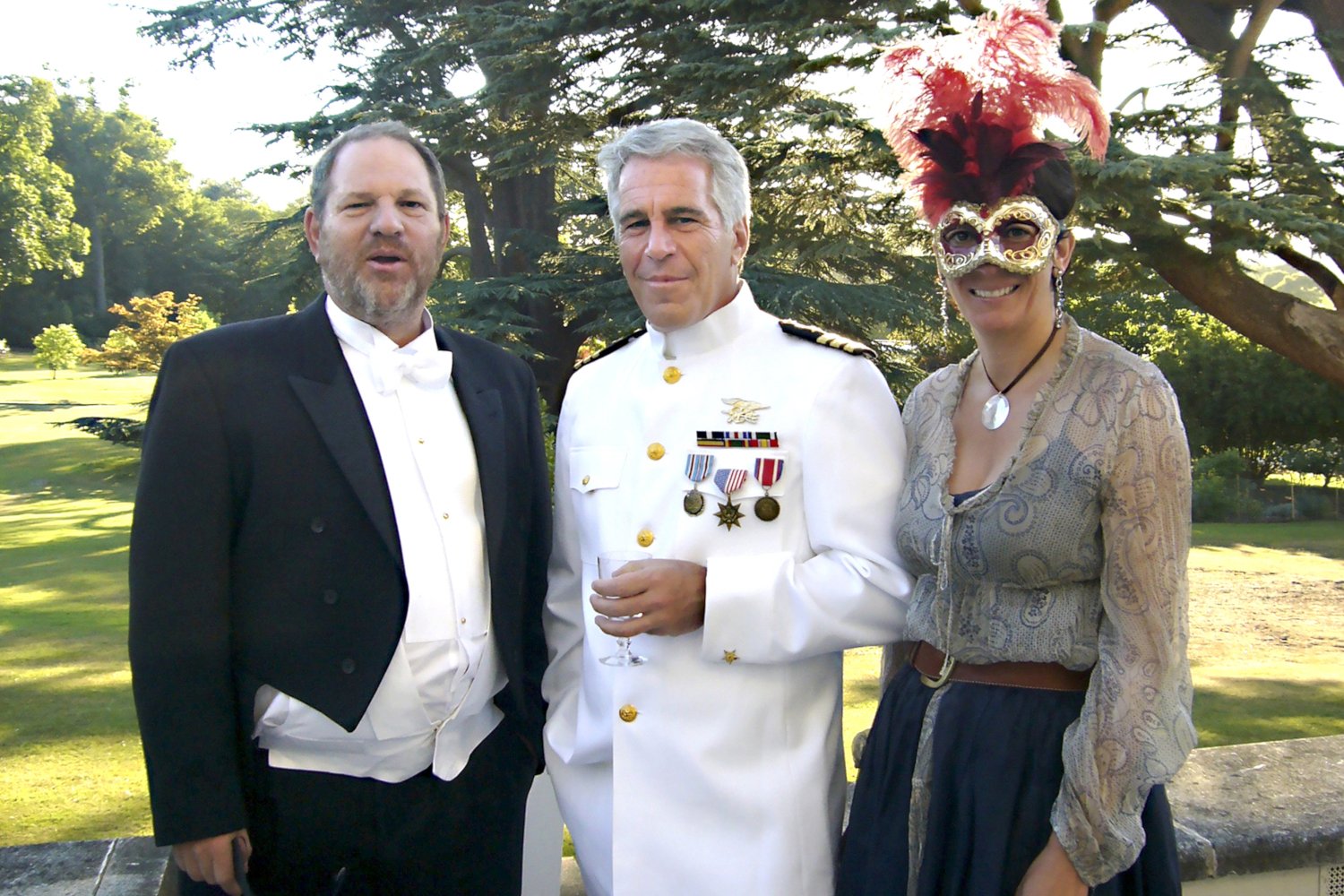 Virginia Roberts Giuffre, who accused Jeffrey Epstein of sexual abuse when she was a minor, also noted having seen Clinton on the island in Filthy Rich. “I remember having dinner with Clinton. He was there, and I never saw him do anything improper. I wish he would just come clean about ‘Yeah I was there, so what, who cares? I didn’t see anything going on.’”