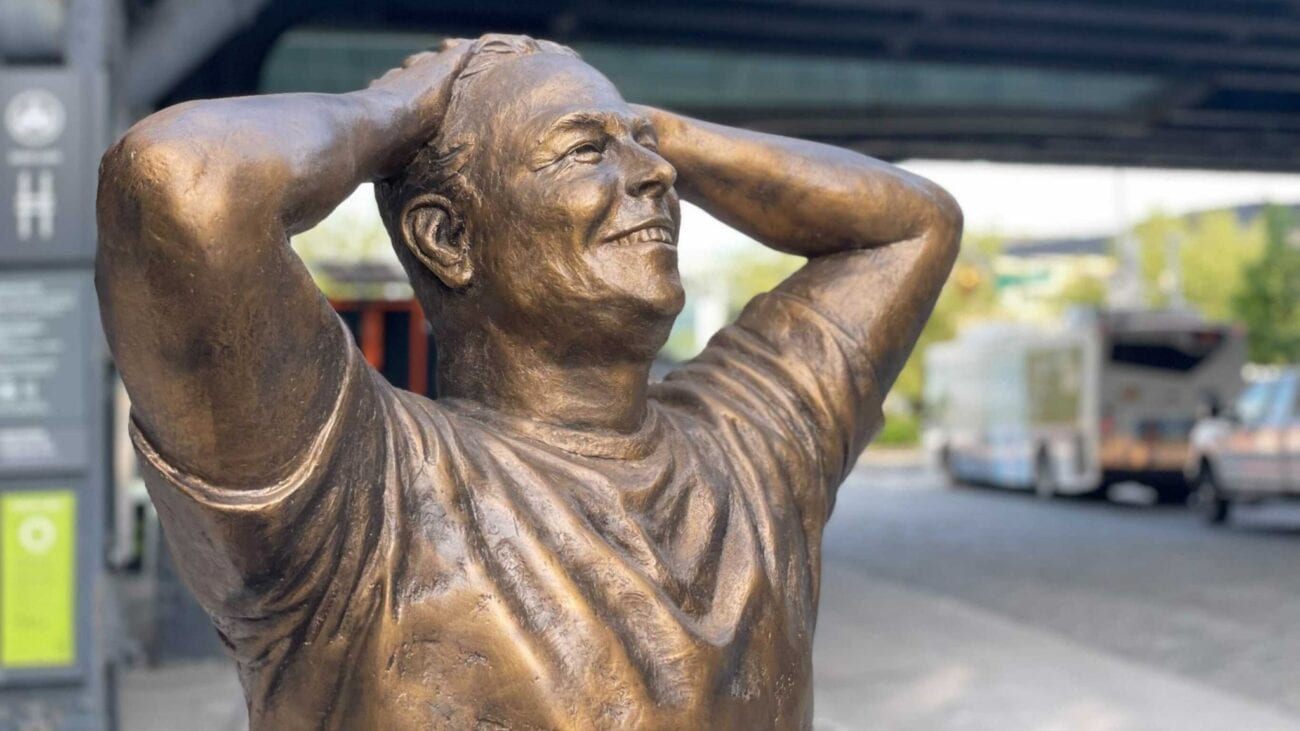 Why do these young New Yorkers want to destroy Elon Musk’s statue?

On Monday, a life-sized bronze statue of billionaire Elon Musk was unveiled to the public in Manhattan. As you can only imagine, this didn’t go too well with many New Yorkers. Public.com decided to celebrate Musk’s fiftieth birthday by constructing a six-foot statue of the equally beloved & hated Tesla CEO.

Young New Yorkers unleashed some wild criticisms on Twitter which were both gnarly & hysterical. We have a feeling this bronze sculpture won’t be lasting very long on Manhattan’s 14th street. Here’s what young New Yorkers have to say about the new Elon Musk statue. 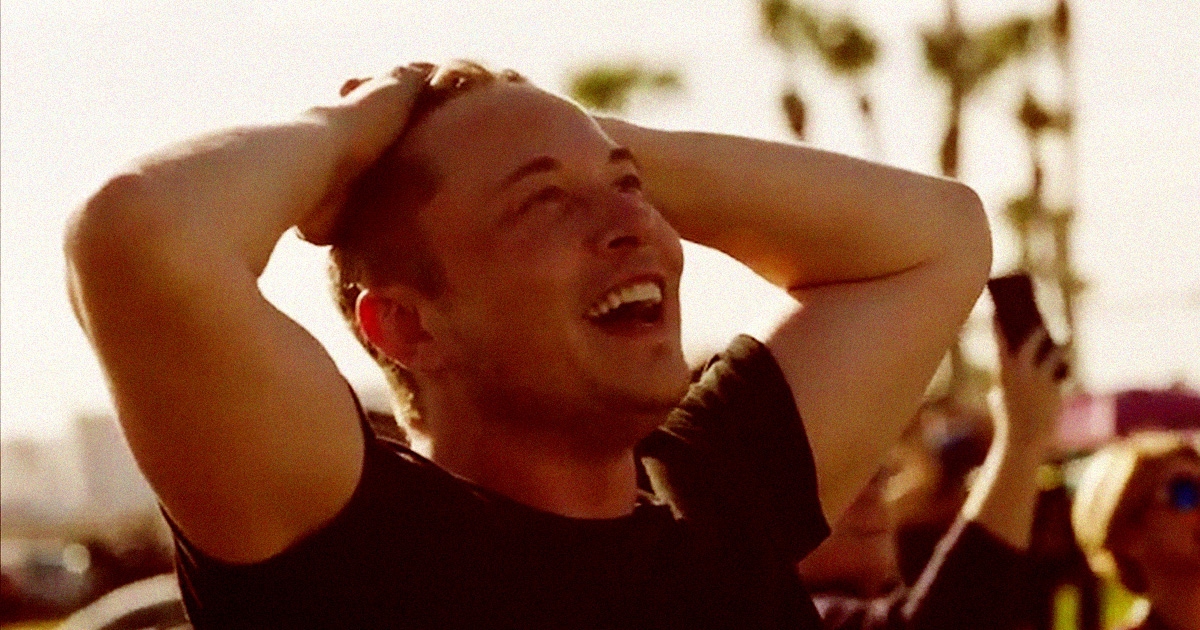 Why was the Elon Musk statue even made?

Musk’s bronze statue was created by the investing website Public.com, which also announced that they will raffle 100 miniature sculptures for Elon Musk’s birthday. The site tweeted, “Love or hate him, @elonmusk turns 50 today and because Elon’s ambition (and maybe ego) is definitely not miniature, we dropped a life-sized statue on 14th St. and The High Line stairs in NYC.”

However, many are honestly commenting on how the bronze statue lacks any resemblance to billionaire Elon Musk. With a receding hairline & aged features, many Twitter users are claiming the statue looks more like Tony Soprano than it does Elon Musk. One person tweeted, “The nicest thing I can say about this waste of bronze is that it looks nothing like Elon Musk.” 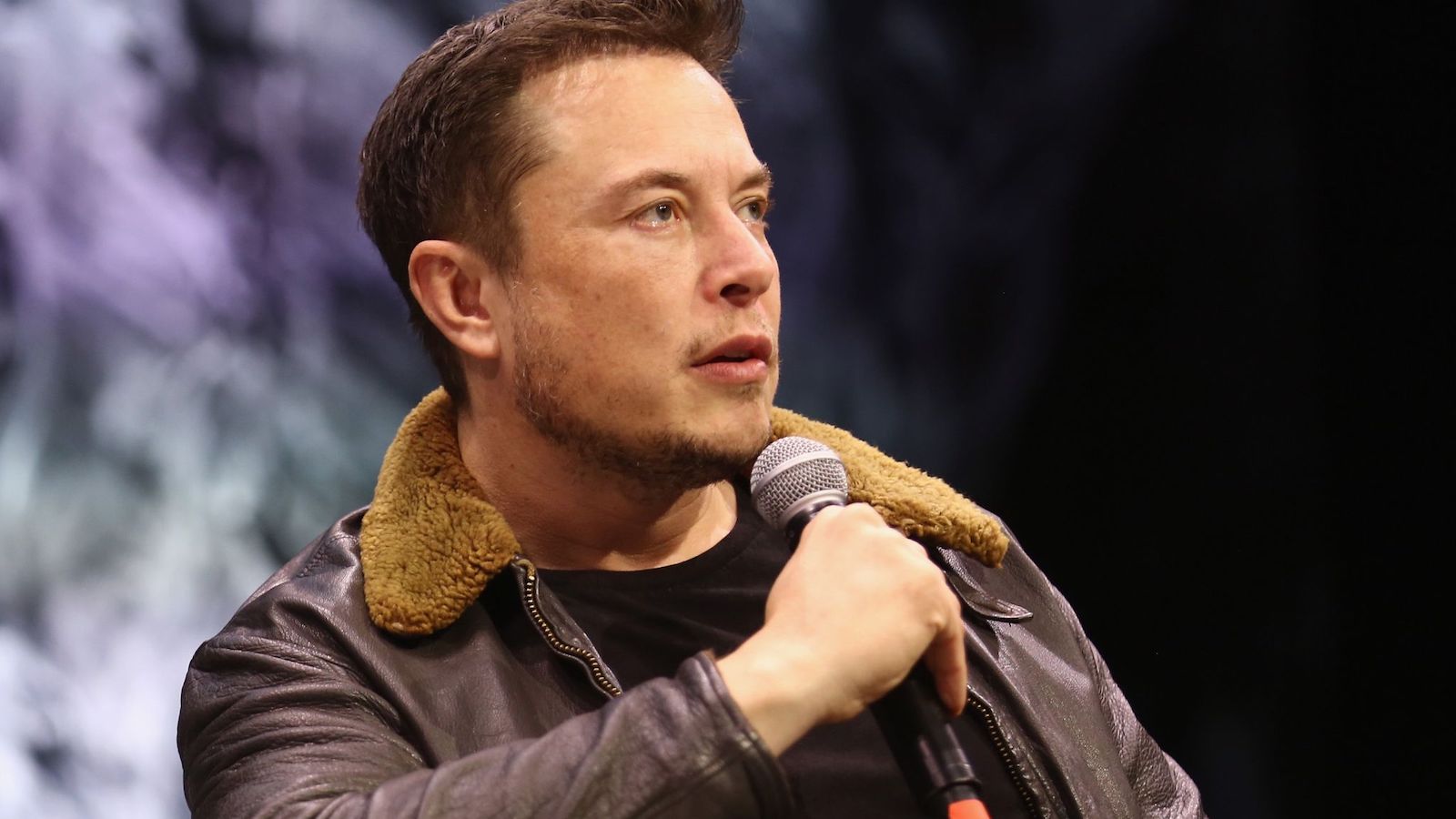 It’s hard to believe that Public.com didn’t see this hate coming. In a sea of Twitter users ready to deface the statue, it’s difficult to find even a handful of positive comments. Let’s take a look at some of the worst feedback about the new Elon Musk bronze statue.

The most popular response amongst young Twitter users is to defecate on the sculpture. “Thank you, it’s getting hard to find public toilets,” one user wrote. Another user tweeted, “NYC: There is a heat advisory today. PLEASE stay hydrated while you piss on the Elon Musk statue.”

Many are even jokingly (or seriously) planning on destroying the controversial bronze statue. One user wrote, “I’m gonna wreck into it with my Tesla Model S Plaid Edition electric vehicle.” 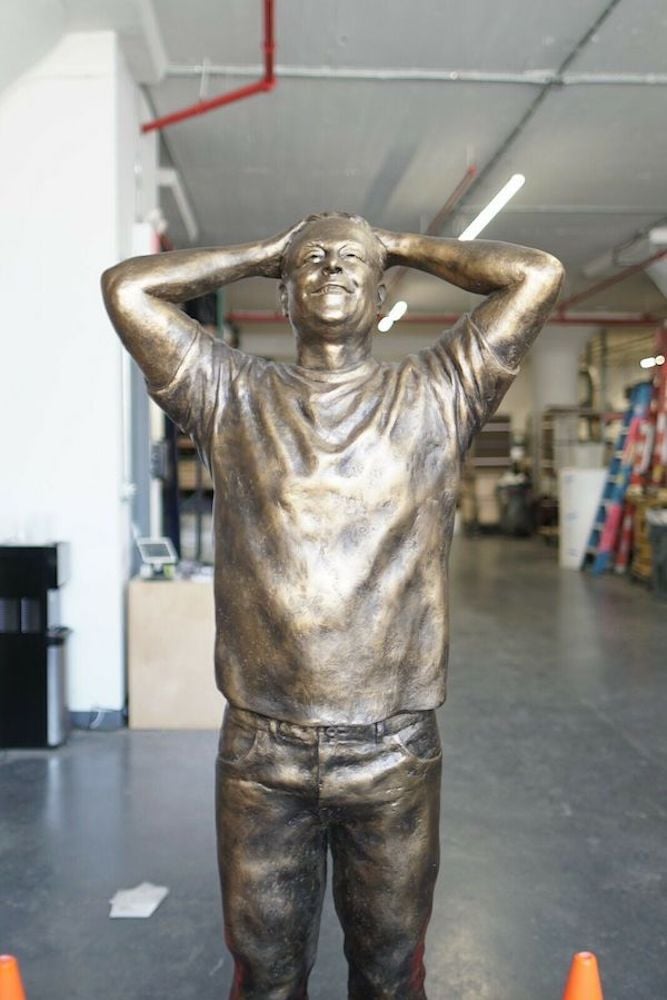 Another Twitter user hinted at how to permanently damage the statue. They tweeted, “Here’s a fun science fact: this statue is bronze, and chlorides cause bronze disease, a permanent and irreversible corrosion process! Another fun science fact: Tomatoes and tomato products (paste, juice, etc.) have very high chloride content!”

Finally, one person expressed their sheer disgust by tweeting, “I would rather every statue in America be replaced with pickle ricks than to have a single elon musk statue.” You really have to hate Elon Musk to wish for that. 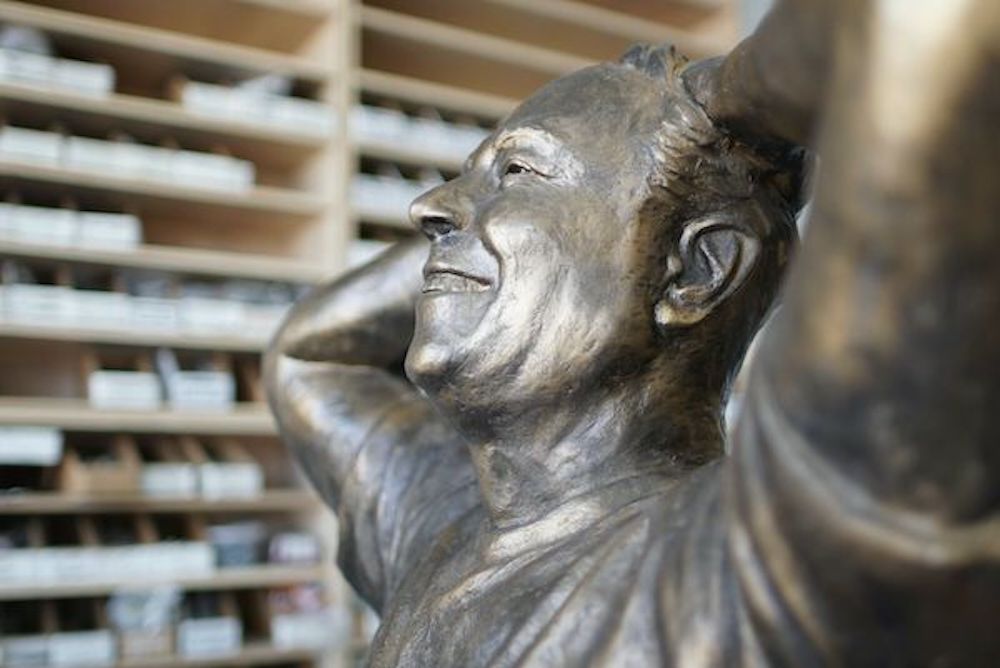 Why do people hate Elon Musk so much?

Even Dazed magazine responded to the recent uproar and tweeted, “You can’t immortalize the world’s most obnoxious capitalist and get away with it.” So why do young New Yorkers (and most of the younger generations) hate Elon Musk?

Although some people consider the billionaire a visionary & innovator, many argue that his carelessness & ego represent America’s issue of income inequality. One Twitter user wrote, “I too want a statue of a rich boy who used daddy’s money to buy a car company.” 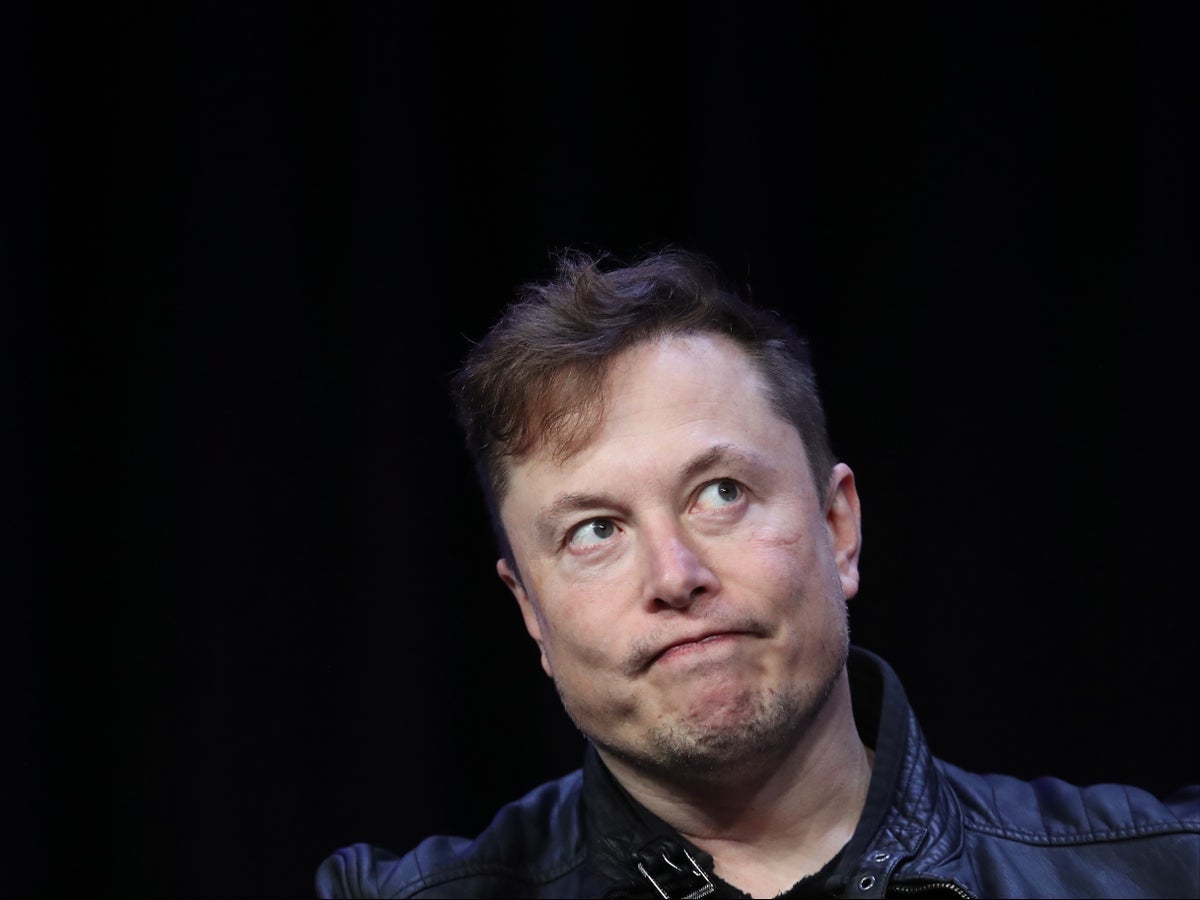 Aside from Musk’s massive wealth, many people disagree with the way his flippant tweets have flipped cryptocurrency stocks upside down on numerous occasions. These events resulted in many losing large amounts of money at the hands of his carefree comments.

It was also recently revealed that Elon Musk’s father, Errol Musk, gained his fortune through emerald mines in Zambia. This labor would produce the wealth which allowed Elon Musk to finance his Tesla & SpaceX endeavors. Obviously, this doesn’t sit well with too many people.

We believe the statue won’t be lasting long on the streets of New York City! What do you think about the new Elon Musk statue? Do you agree with the countless young New Yorkers raging on Twitter? Let us know in the comments below!