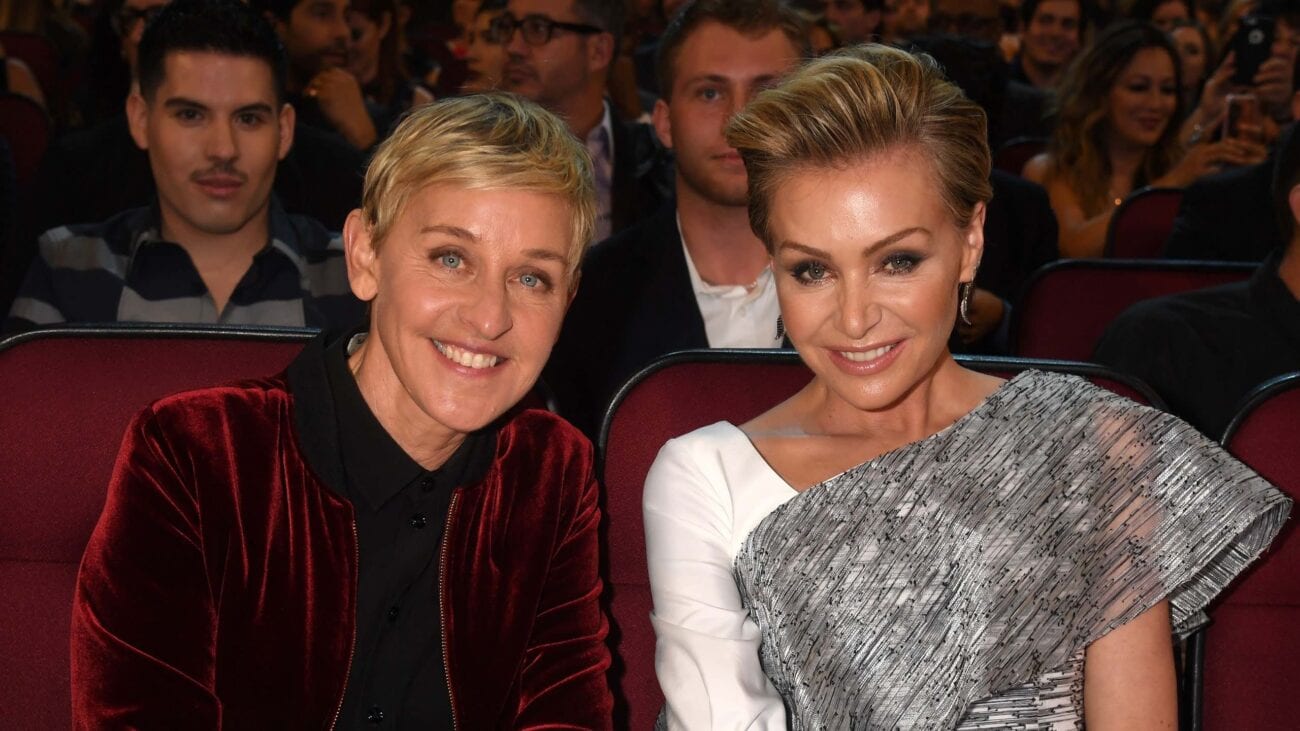 Looking at Ellen DeGeneres’s marriage: How she met her wife

If you’re a fan of Ellen DeGeneres, her talk show, or you follow any one of her social media accounts, you’ll be aware of the loving – if not sometimes tumultuous – relationship she shares with her wife Portia de Rossi.

The two have been going together strong for over eleven years, and despite the recent hiccups, it doesn’t appear they’ll be in the arms of anyone else in the foreseeable future. Let’s take a look back at Ellen’s marriage, and how her and Portia have become the famous couple they are today. 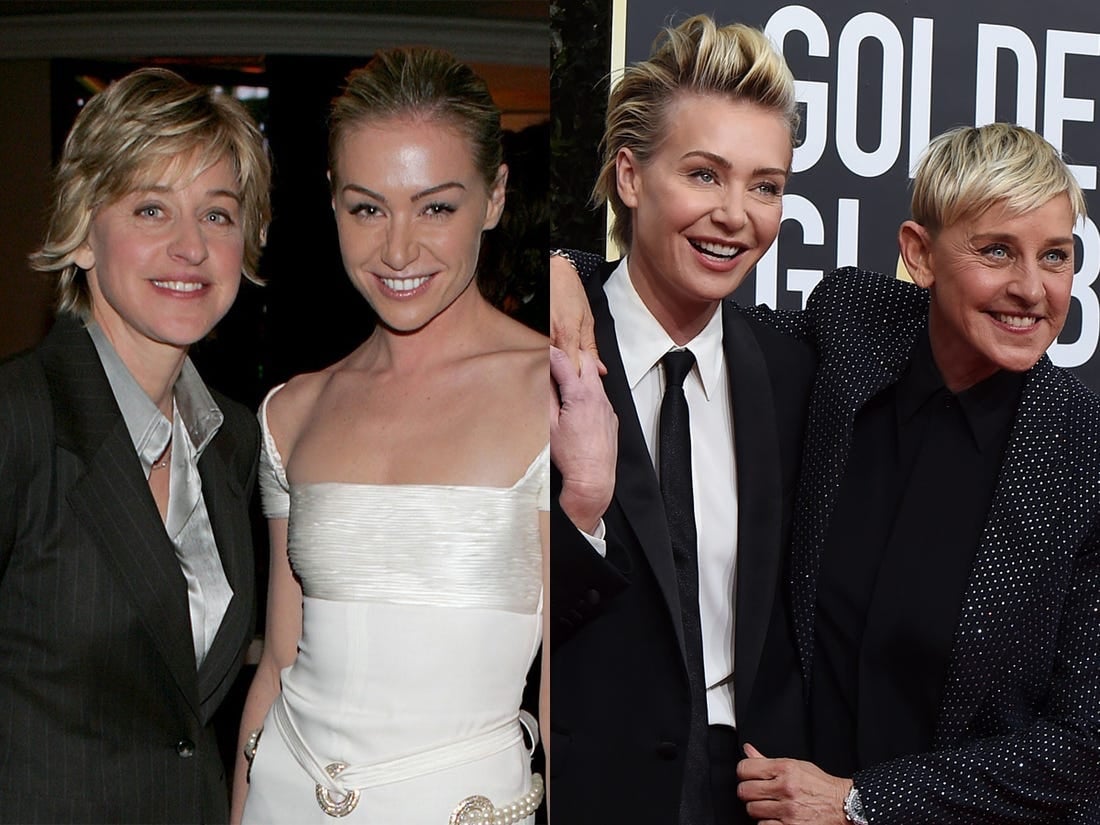 Ellen DeGeneres first met her wife-to-be, Portia de Rossi, in 2000. They crossed paths at a party, and reportedly the Australian-American model and actress fell in love with Ellen at first glance. However, it would be a few years before they acted on these feelings.

It wasn’t until December 2004 that they met up again at an awards show for VH1. They left the event together, a decision Portia recalled being nervous about at the time. Ellen and Portia made their first public appearance as a couple in 2005, and walked the red carpet at the Golden Globe Awards Party.

Portia opened up about her feelings in an interview with The Advocate, and responded to the publicity by having said: “I didn’t choose the fact that I was gay, but I did choose whether to live my life as a gay woman — that was the terrifying thing for me.” 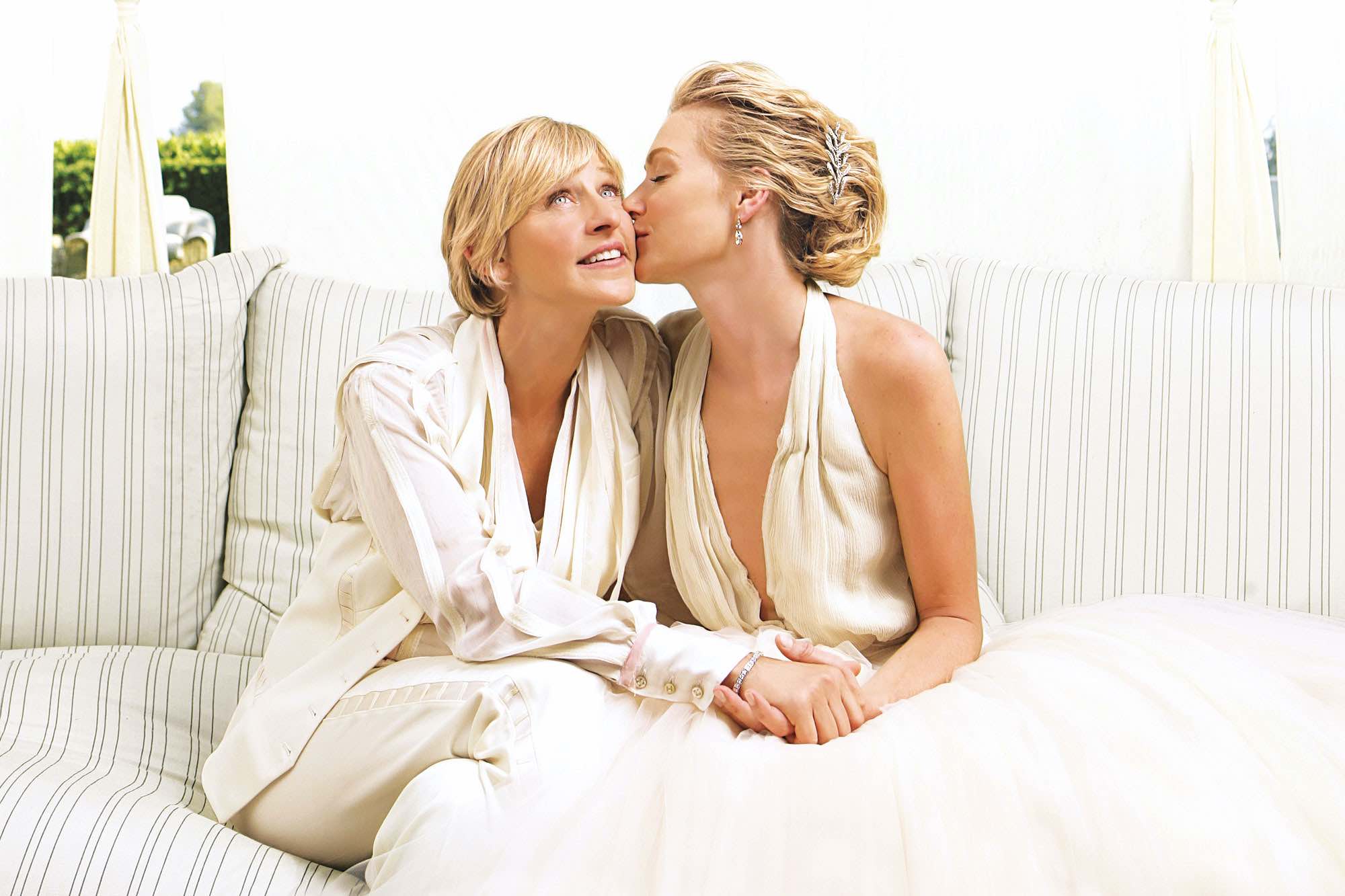 Despite Portia’s frequent post-marriage interviews describing her anxiety about coming out as a gay woman in Hollywood, DeGeneres has been open about her sexuality since 1997 – She was eager to settle into this new romance.

People magazine reported the two moved in together in 2005, and after the legalization of gay marriage by the state of California in 2008, they were promptly married in an intimate ceremony at their home in Los Angeles. We couldn’t think of a more liberating occasion to unite one of the longest wed celebrity couples. 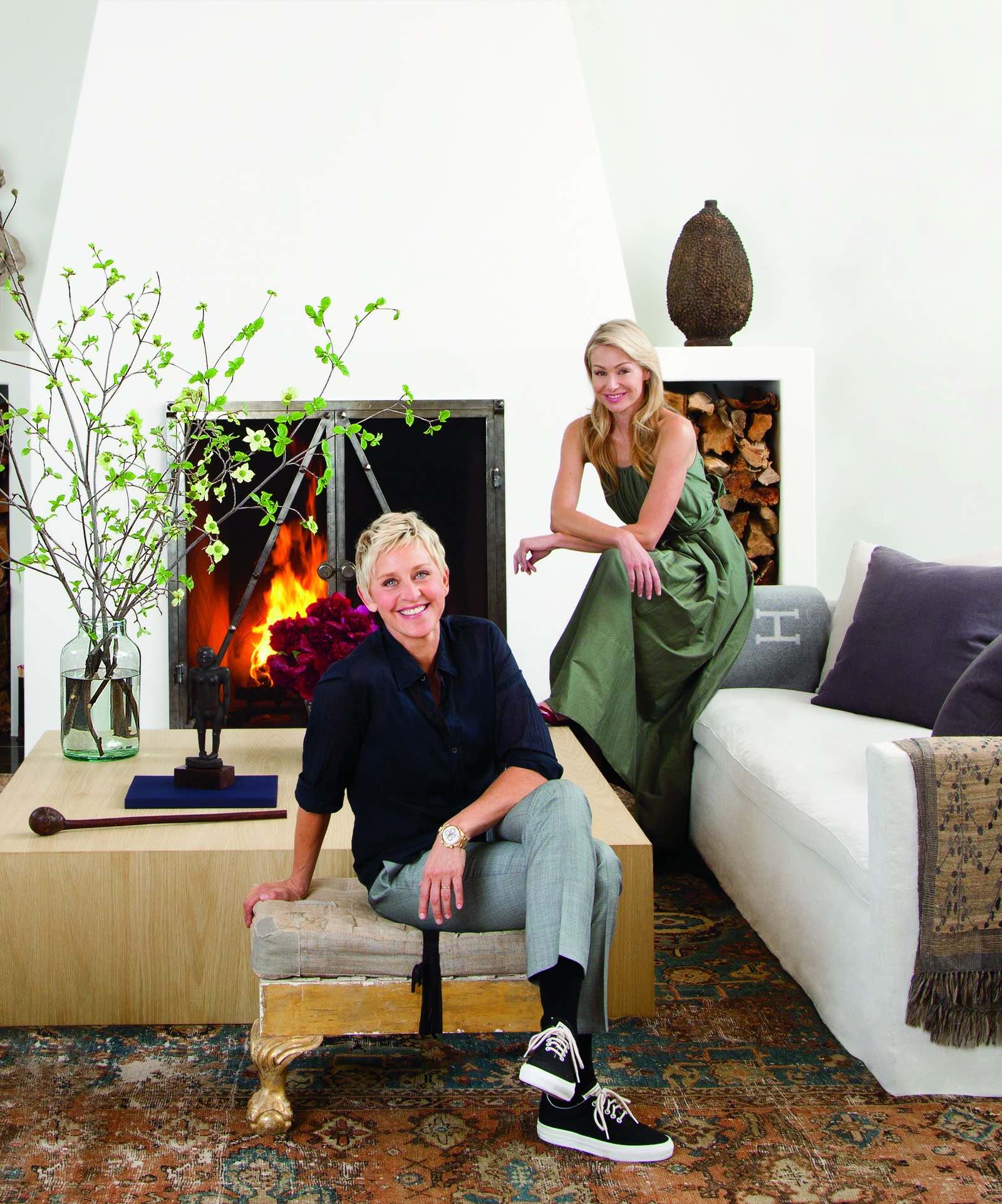 Both Ellen and Portia have been the stars of some incredible appearances as a couple. From social media accounts bursting with memories for their 2018 ten-year wedding anniversary, to a glamorous display of style at the 2020 Golden Globe Awards, they’re seen rarely without smiles.

In 2018, Portia actually surprised DeGeneres on The Ellen DeGeneres Show by buying a gorilla sanctuary for her birthday – a gift that Ellen called the best ever. And in 2019 Ellen admitted that [almost] every time Rossi goes out of town for work, she calls the hotel ahead of time to have special surprises awaiting her wife’s arrival. 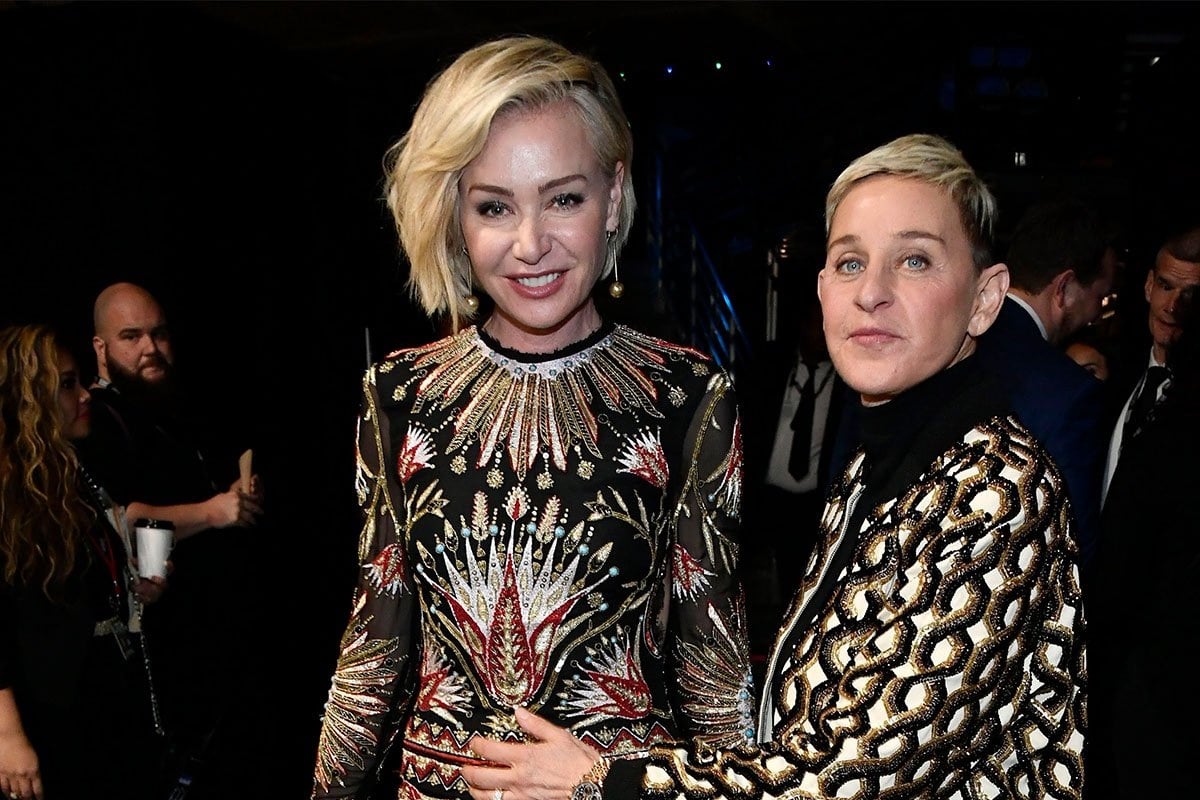 The two have proven to be more than successful lovers, but also successful business partners. Buying and flipping luxury houses together since 2003, the “modest” hobby has earned the couple over a hundred million dollars.

Both Ellen and Portia have been the subject of one another’s social media accounts, Ellen admitting she loves posting images of her wife. They also love to travel with one another, and have been vocal the past few years about not wanting to have children – but they do love puppies. 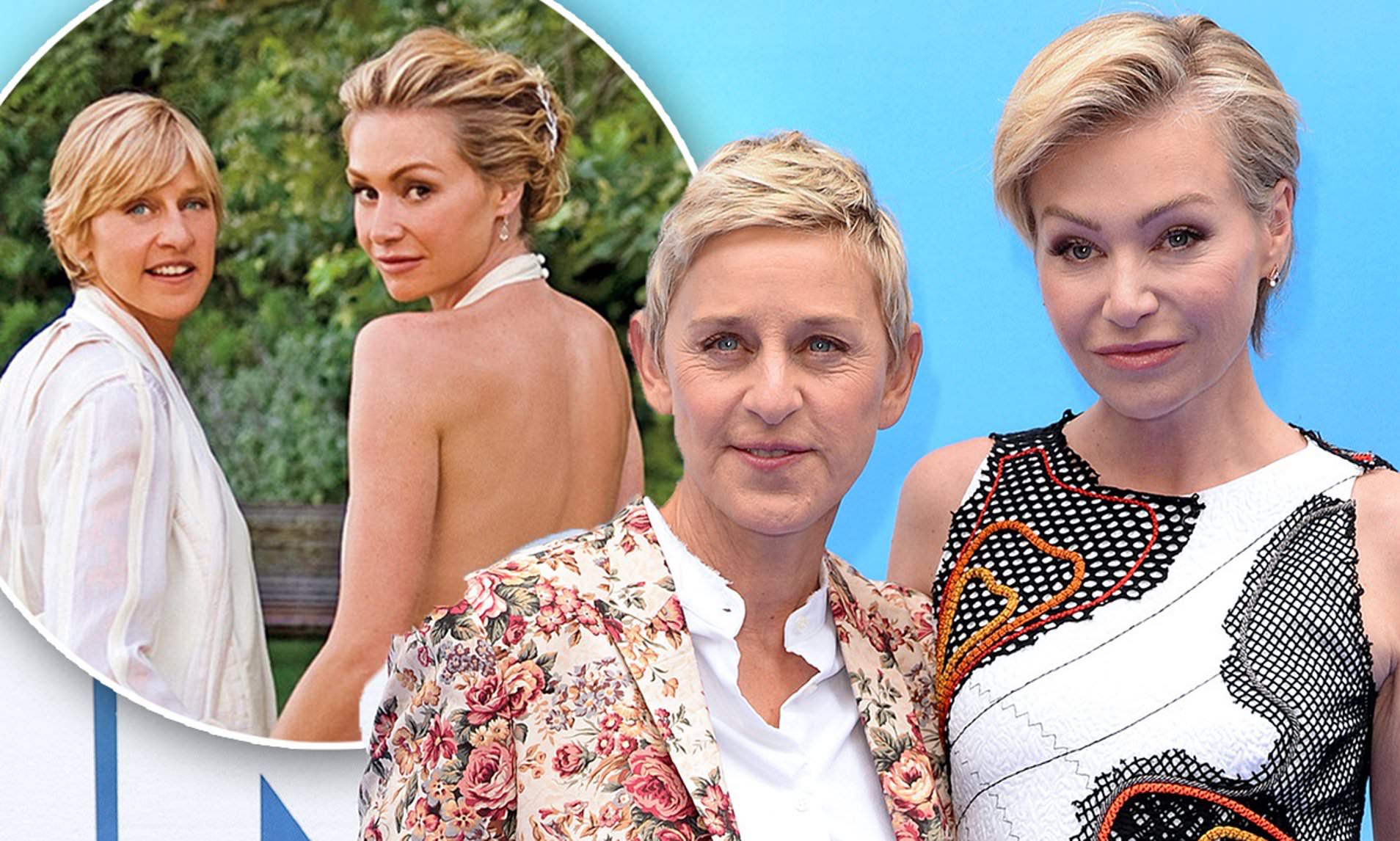 With all the recent “Queen of Mean” accusations by various staff and guests from The Ellen DeGeneres Show, there’s been a ton of attention surrounding the couple – primarily focusing on rumors that their marriage is heading toward divorce. Could Ellen really behave at home the way she does in her celebrity persona?

This wouldn’t be the first report of turmoil between the couple – in 2013 rumors circulated inciting marital issues, but Ellen was very quick to deny any claims and responded, “There’s not one ounce of truth to any of it.” 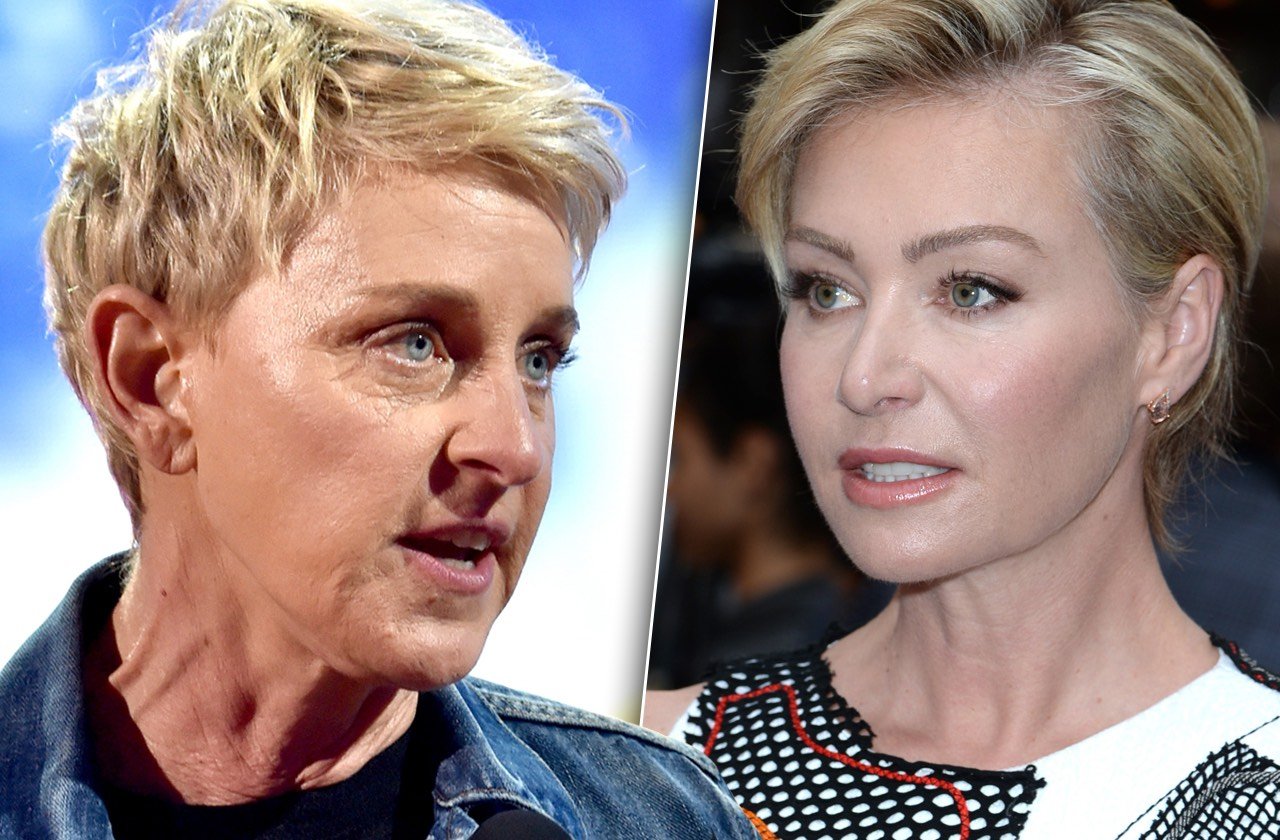 Ellen DeGeneres: A marriage in trouble

2020 has been a little different, with widespread accusations of Ellen’s mean streak seeming to plaster every news headline. Portia has stayed quiet over her wife’s accusations, and instead has insisted in recent interviews that they’re doing great together. But as the rumors evolve, there seems to be something on the horizon.

From reports claiming Portia has been exhausted by Ellen’s “diva attitude,” to speculation around an oncoming divorce that could exceed $500 million, everything is still on the table. But as the couple heads into their twelfth year together, we can fondly reminisce on how Ellen and Portia met – but only they can know their fate.