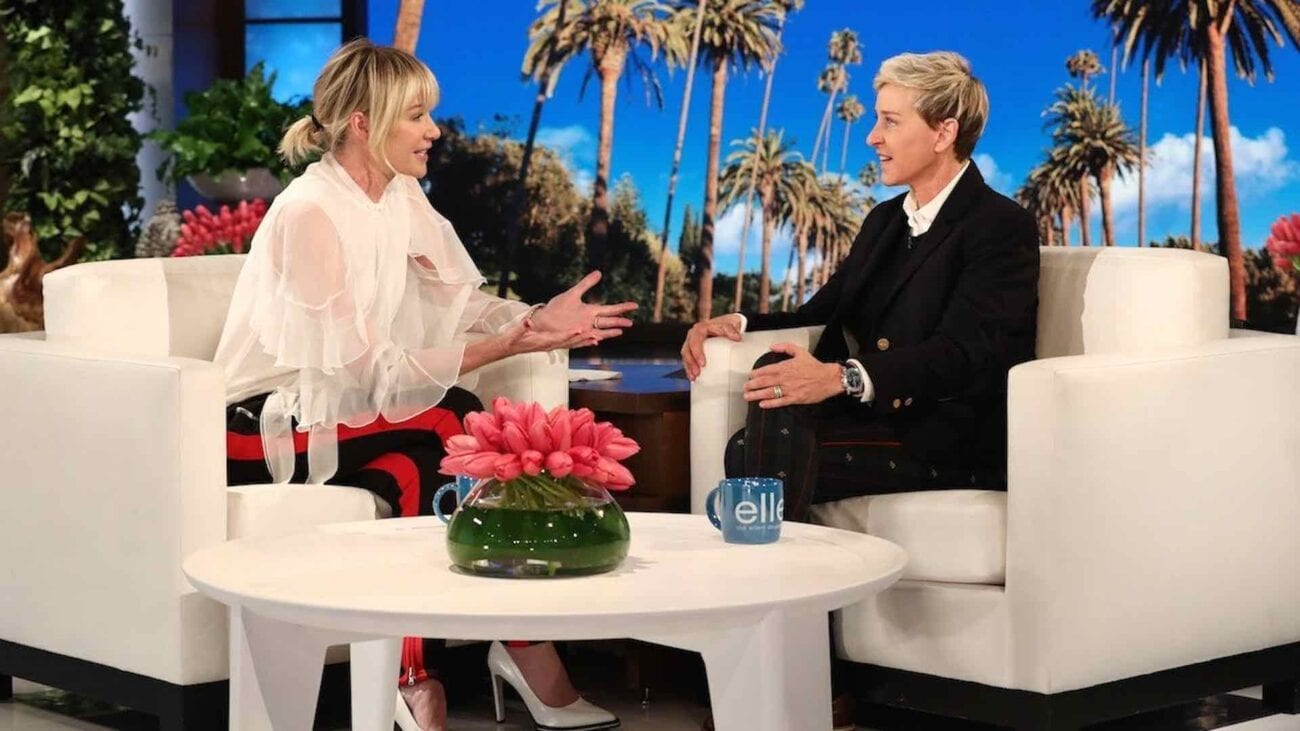 Want tickets to ‘The Ellen DeGeneres Show’? Don’t be funnier than Ellen

Ellen DeGeneres’s reputation has been taking hits on a daily basis. The comedian has already been accused of promoting a toxic environment on her daytime talk show, and now a former audience member has come forward with an account that paints her in an even worse light.

Dana Diamatteo was an audience member on The Ellen DeGeneres Show in 2018. “My friend and I loved the show and it took us so long to get tickets,” she told The Sun. “We flew all the way to Los Angeles from Chicago just for that.” Diamatteo dreamed of participating in one of Ellen’s segments, but her enthusiasm dimmed when a producer informed her of the comedian’s strict “ground rules.”

“We were told by the producers that if we were picked we were not allowed to be funnier or smarter than Ellen, that she is the star and the comedian, not us,” Diamatteo recalled. She was eventually chosen as one of the participants, after which she was taken backstage and briefly introduced to the comedian. 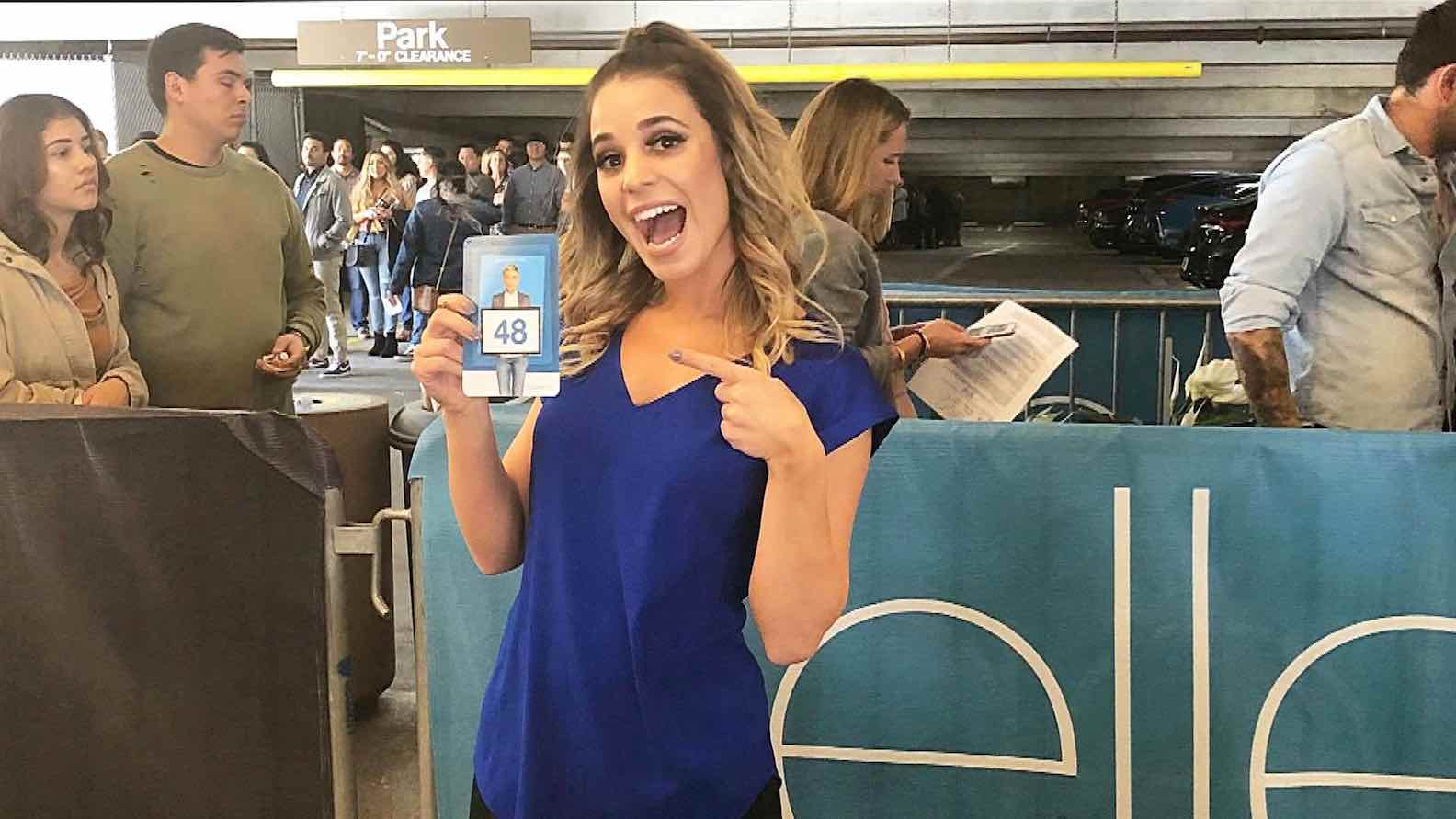 “During commercial breaks, Ellen would break out of her ‘kind’ character and sit moodily in silence on her couch, not acknowledging anyone,” Diamatteo revealed. “She didn’t say one word to the audience unless the cameras were on; she snapped out of her character the second the cameras stopped rolling.”

The discomfort didn’t end there. Diamatteo recalls producers giving her and the other participants confusing instructions before they were called onstage. “We were told to act in a very specific way and to only speak if she asked us a question,” Diamatteo explained. “They made us scream and jump around backstage as a test – it was pretty humiliating.” 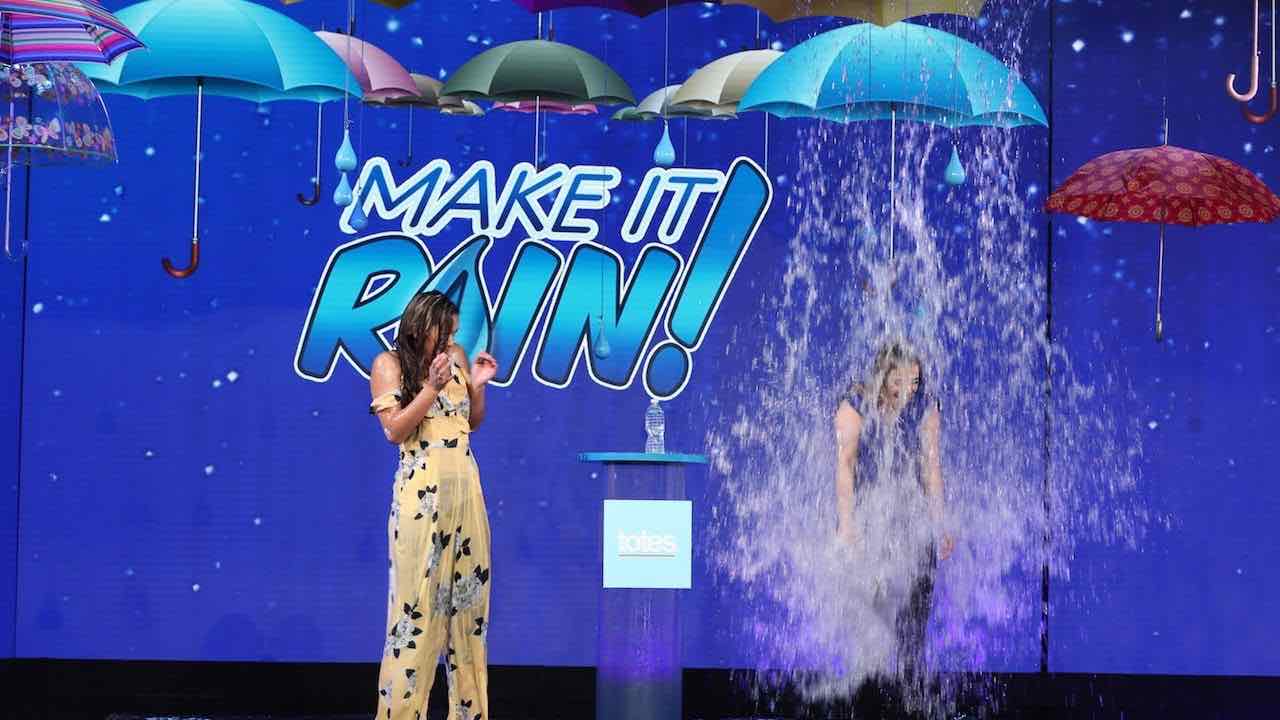 Diamatteo appeared in the “Make it Rain” segment, in which participants got water poured on them while attempting to win cash. When the segment was over, Diamatteo recalled being rushed backstage and left to wait around in her wet clothes.

“Once the game was over, we were soaking wet so they sent us backstage,” she stated. “Then they just left us there . . . . We waited pretty much the whole show in our soaking wet clothes for someone to bring us dry things to change into. It was really cold and uncomfortable.”

Diamatteo summarized her time on the show as “unpleasant” and disappointing. “I didn’t enjoy myself on the show. You have to follow all these rules, you can’t be yourself, [and] you have to clap constantly and laugh at things that aren’t funny.” 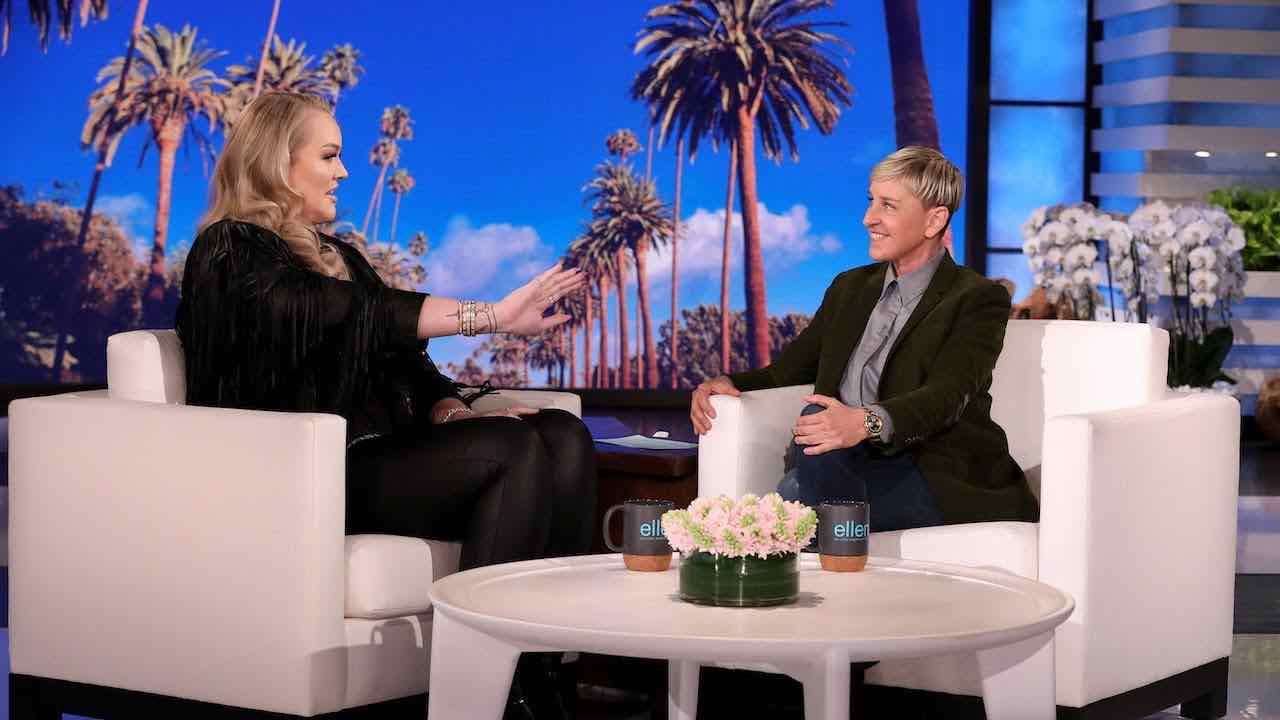 Audience members aren’t the only victims of Ellen’s exacting behavior. YouTuber Nikkie de Jager was a guest on The Ellen DeGeneres Show in January and told a Dutch talk show her experience was anything but enjoyable.

“Let’s just say there is a huge difference between this show and Ellen DeGeneres, and I’m saying that in favor of this show,” de Jager explained. “It’s nice that you say hi before the show. She didn’t.”

According to TV writer Benjamin Siemon, the staff of The Ellen DeGeneres Show are also forced to adhere to strict policy regarding behavior & personal hygiene. 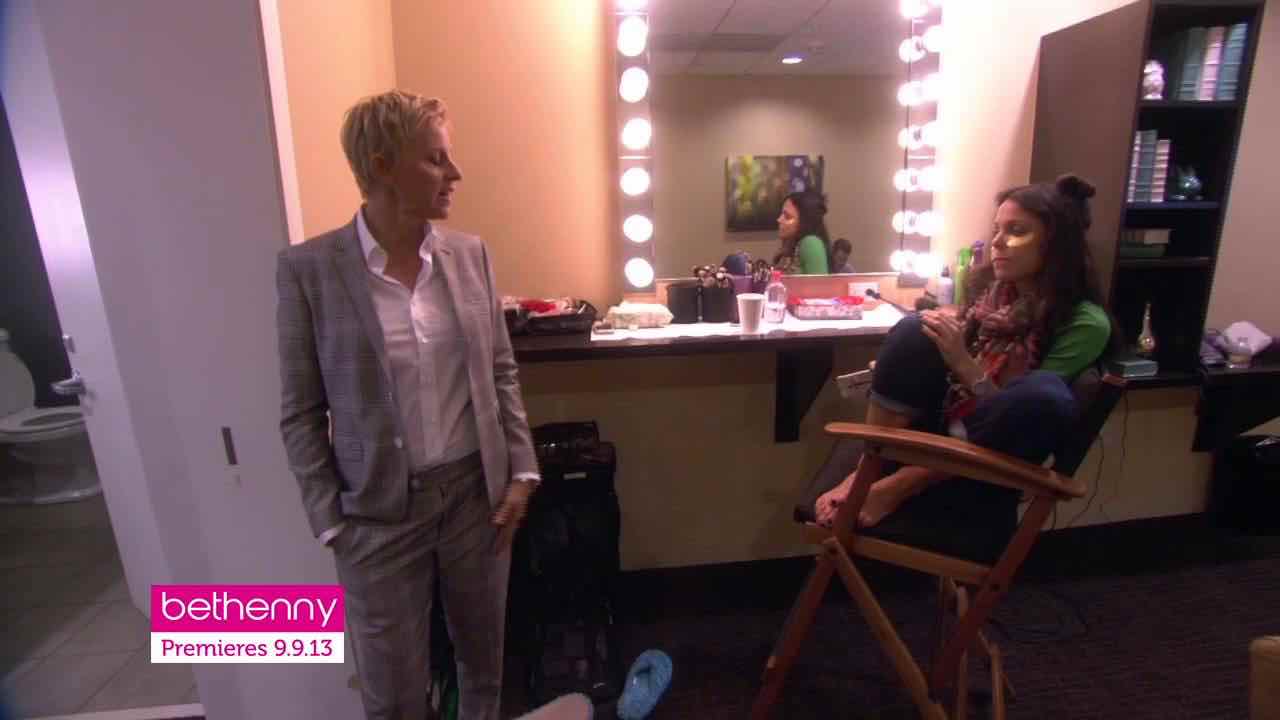 Siemon claims that Ellen has a “sensitive nose,” which leads to her forcing chewing gum on her staff members. “Everyone must chew gum from a bowl outside her office before talking to her,” Siemon wrote. “If she thinks you smell that day you have to go home and shower.”

Siemon also confirmed reports of Ellen picking a different staffer to berate each day. “A new staff member was told ‘Every day she picks someone different to really hate.’ It’s not your fault, just suck it up for the day and she’ll be mean to someone else the next day,” he revealed. “They didn’t believe it but it ended up being entirely true.” 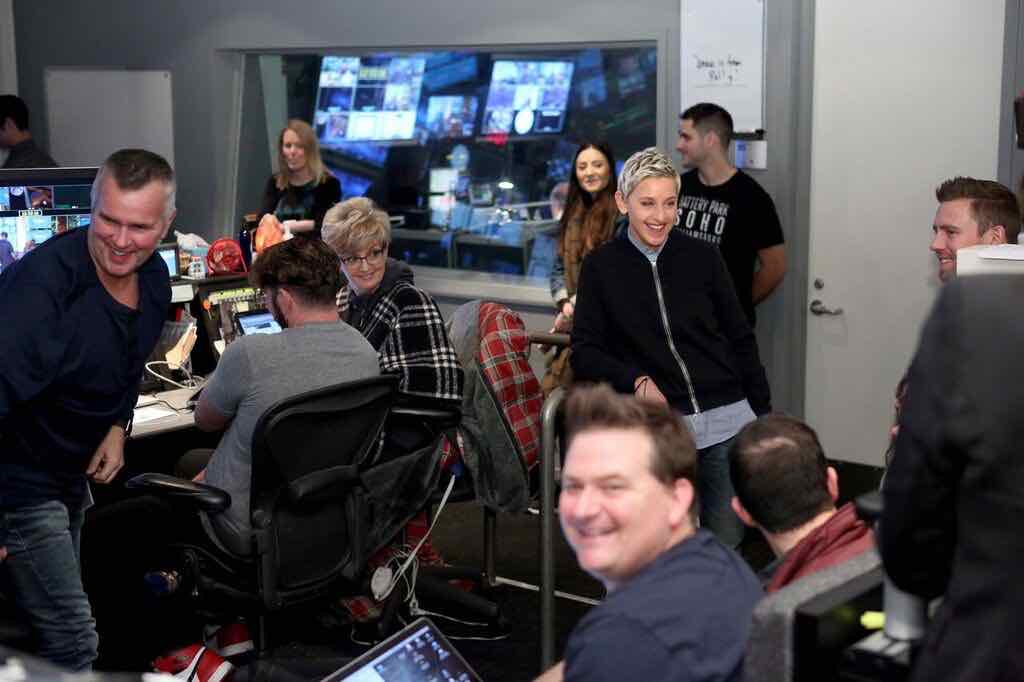 In addition, Ellen has been accused of implementing a “no eye contact rule” by which no staffer was allowed to look her directly in the eye. Despite the corroboration of several former employees, the comedian denies creating any such rule. “I don’t know where it started,” Ellen stated during a Zoom meeting. “Please talk to me. Look me in the eye.”

Ellen has tried desperately to quell these unflattering stories. The talk show host recently announced new perks for her staff members – including increased paid time off – and claimed she would “put an end” to the toxic behavior on set. Ellen has not yet commented on the allegedly poor treatment of her audience members & guests.