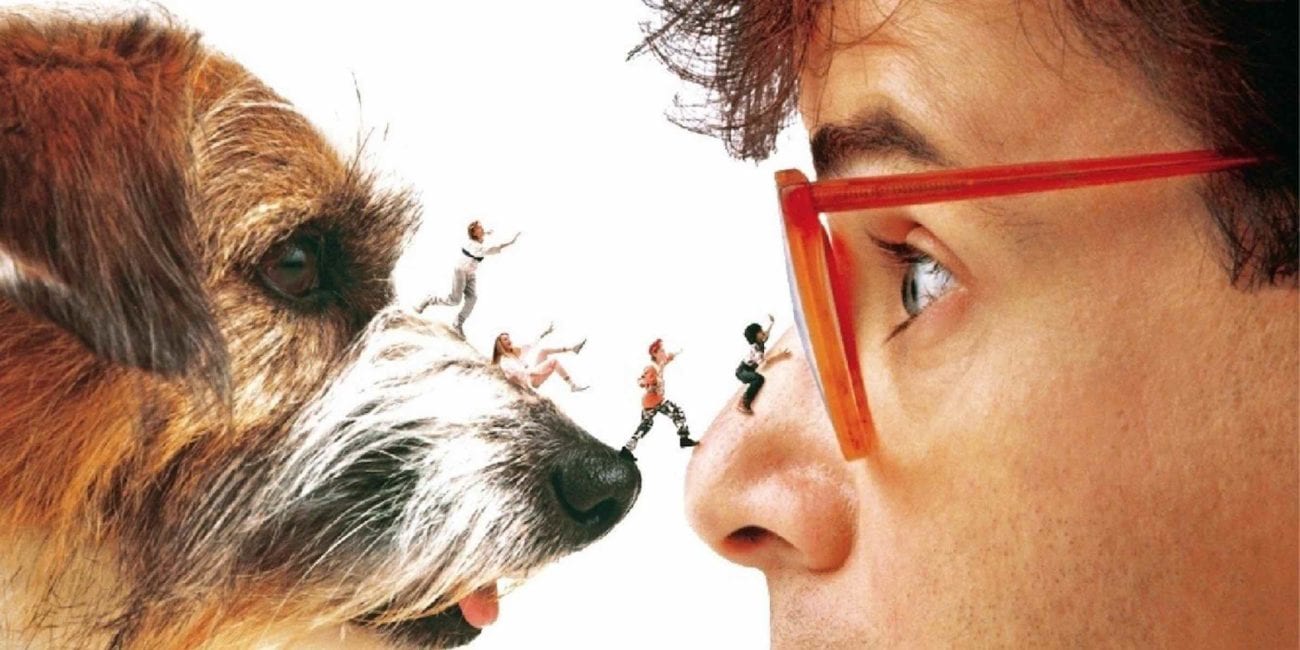 ‘Hitchhiker’s Guide to the Galaxy’: Disney reboots we actually want to see

Look, we know if you clicked on this you’re probably thinking, “Who wants to see any more Disney reboots, even if they’re just for Disney+?” But hear us out. If Rick Moranis can come out of retirement to join a reboot of Honey I Shrunk the Kids, Disney can reboot something people actually have thought about in the past 15 years.

But of course, we’re also sick of these live-action remakes that are just the film again. If you’re going to bring classics like The Lion King, Beauty and the Beast, and Cinderella to life, at least try to change the story. While Maleficent isn’t perfect, it at least tried to tell a new story with the classic material.

So, we’re thinking reboots that bring the story to a new generation, while offering something new to people who grew up with the tale. Shows like High School Musical: The Musical: The Series and Lizzie Mcguire on Disney+ are both bringing classic Disney Channel franchises to life with a new light, whether it’s in a mockumentary style, or aging up your leading lady. 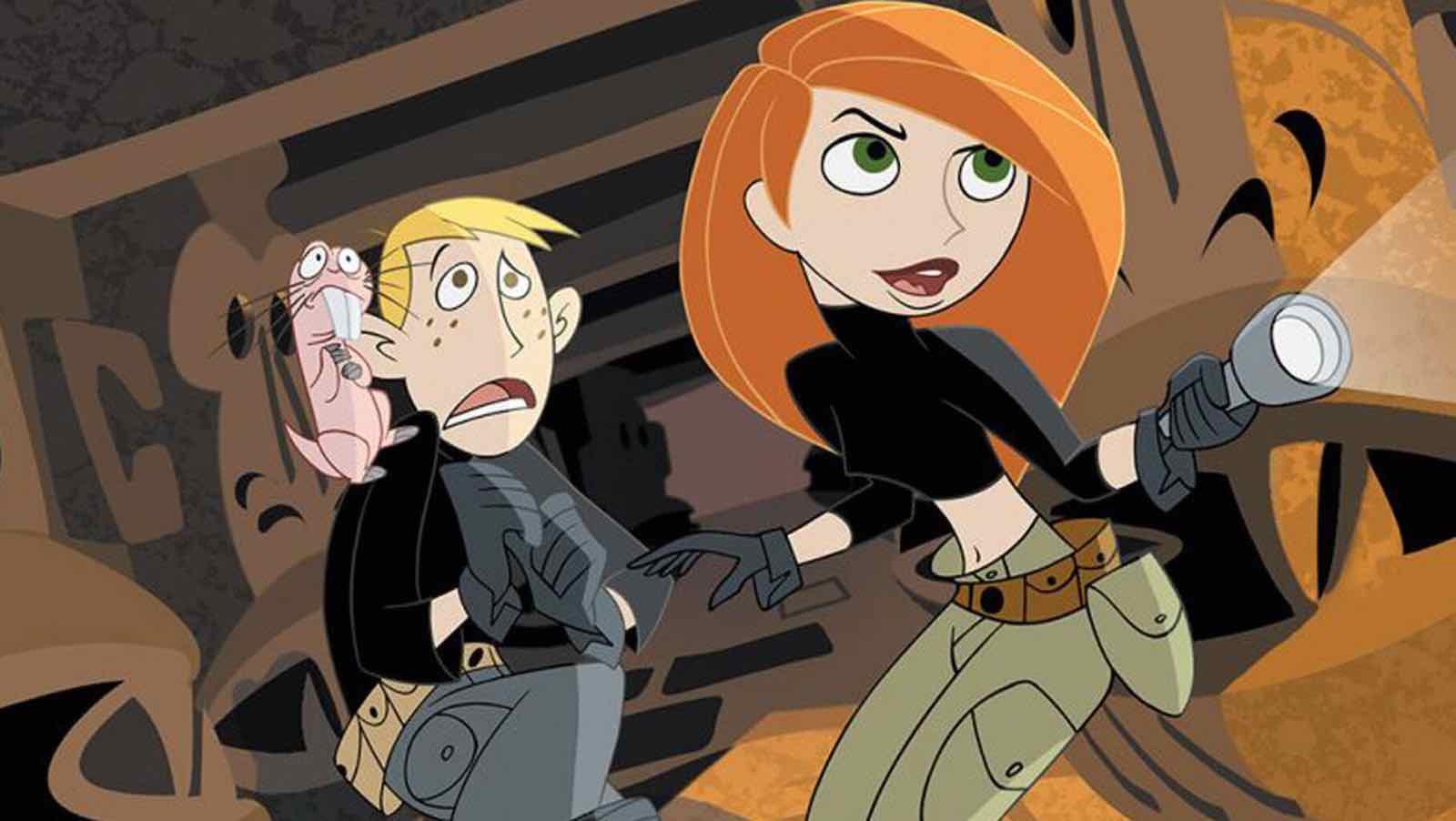 Or in the case of our favorite teen spy, fix what the reboot failed to do. While the Disney Channel movie from last year wasn’t awful, it failed to nail what made the show great. So, why not just make a continuation of it? Make Kim and Ron college-aged, trying to balance the increase in work with their crazy crime-fighting life.

Kim Possible was the best action series Disney created, so it makes sense to bring this back for Disney+. Christy Carlson Romano has spoken in the past about returning to the role, and even cameoed in the live-action film. So she would be back in to play college Kim.

Arguably the most underrated of the early 2000’s Disney films, Atlantis never got the series treatment Emperor’s New Groove and Lilo and Stitch got. It did get a direct to DVD sequel that was a mess, but it deserves better than that. It’s a movie about discovering the lost city of Atlantis! Talk about a great action reboot!

This is the film that should be next up on the live-action remake schedule. Cast Andrew Garfield to lead the cast as the awkward yet courageous Milo, Sara Ali Khan as dear princess Kida, Tommy Lee Jones as Commander Rouke, and of course, Kumail Nanjiani as the Atlantic King with his Marvel abs in all their glory. 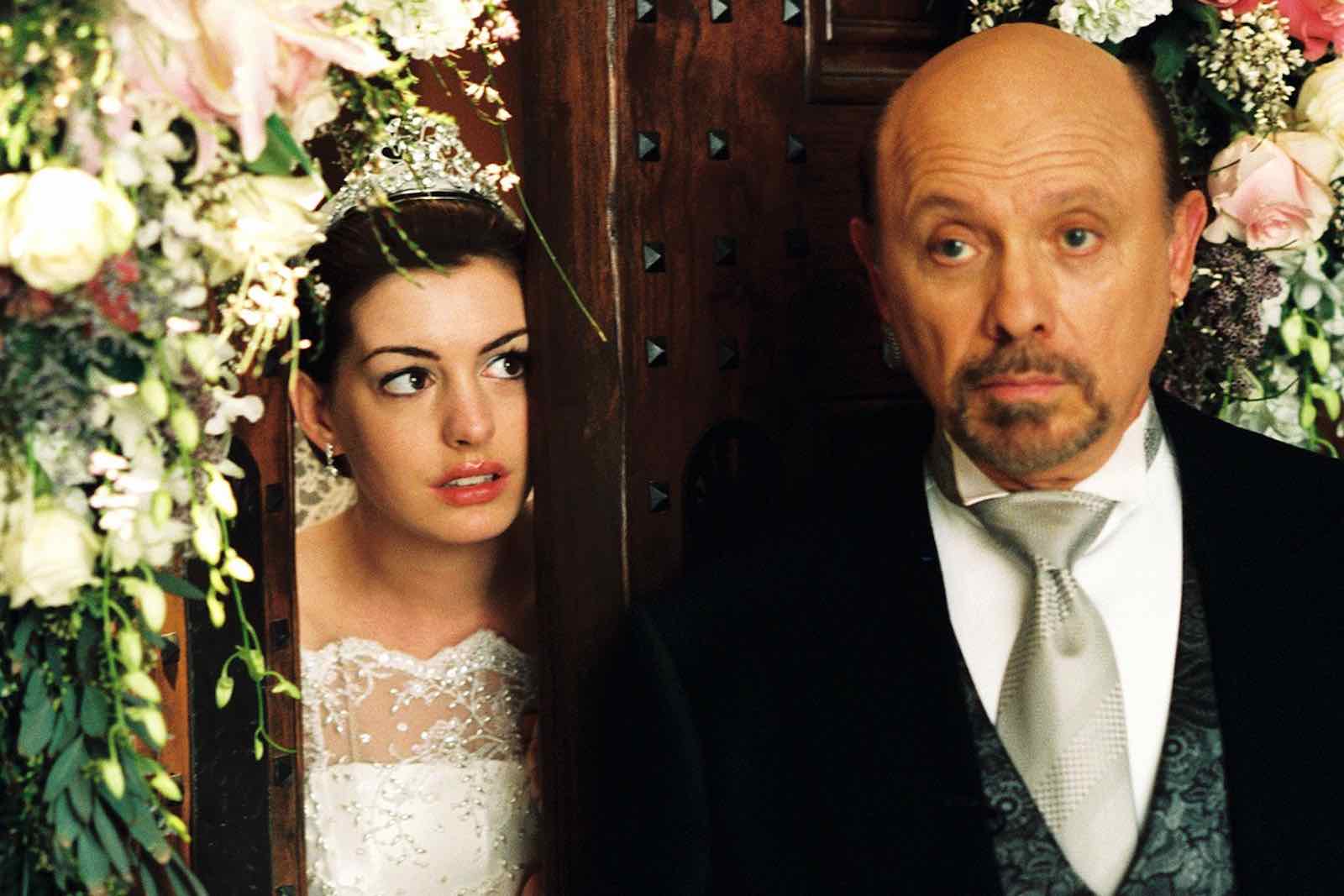 Ok, technically speaking this is happening. A script at some point is coming. But here’s the thing: as much as we love Anne Hathaway, we need fresh talent. At the end of Princess Diaries 2: Royal Engagement, Princess Mia becomes Queen Mia of Genovia, so this third installment can focus on her daughter learning how to become princess material.

Imagine if the little orphan from the second movie that Mia defends becomes Mia’s adopted daughter, and that little orphan girl grew up into Florence Pugh! She’s played everything besides a princess at this point. But no matter what happens with the film, we hope they take what director Gary Marshall left and do his work justice. 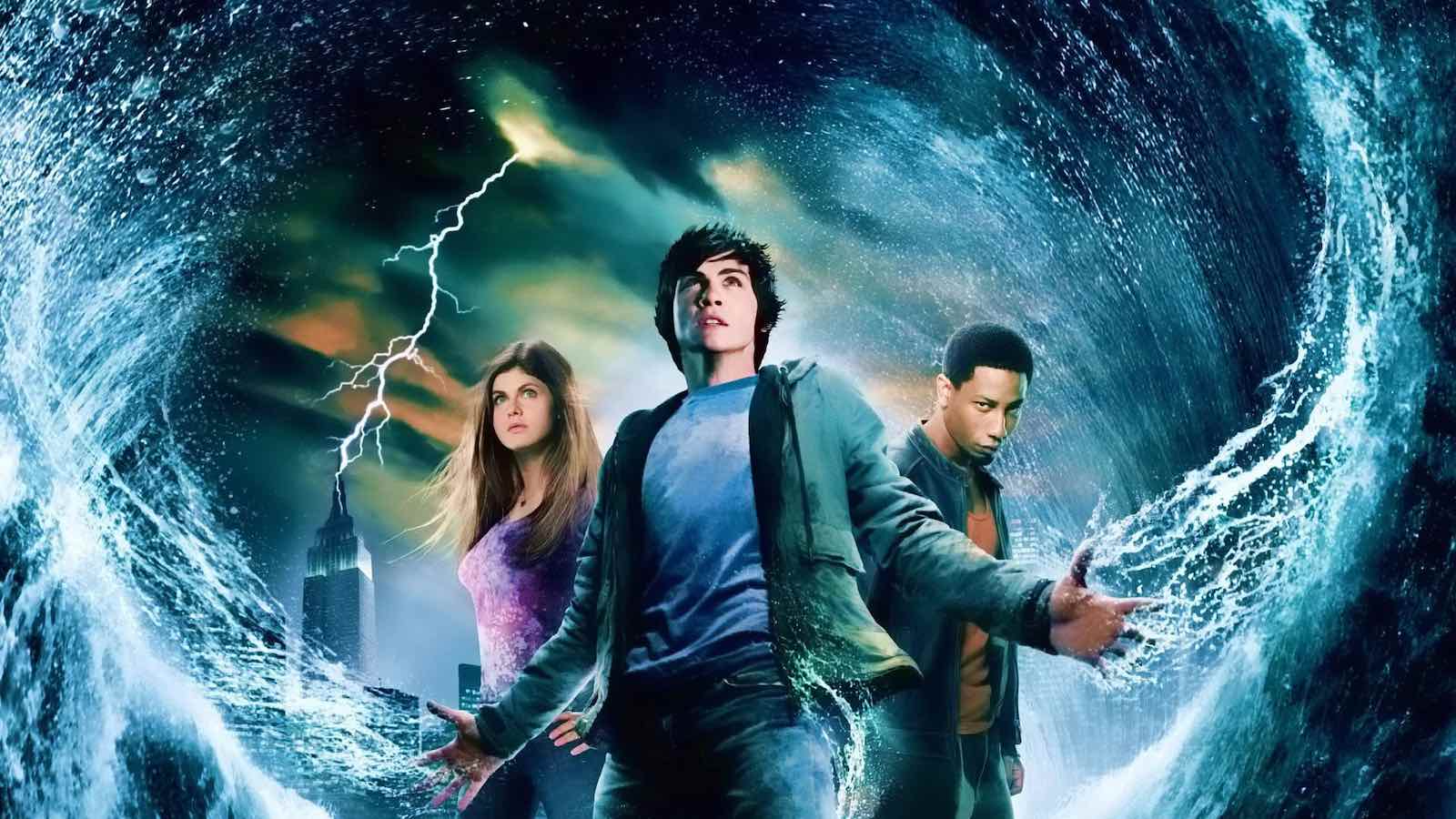 While the Percy Jackson film franchise started as a Fox project, with Disney’s acquisition of 20th Century Fox, they now have the rights to Rick Riordan’s god-sized series. Sure, there’s a musical version of the series on Broadway, but that will just give fans even more interest in seeing the films done right in a good TV series.

While Disney has several large franchises it owns, it doesn’t technically have anything that can compete in the YA franchise game against Harry Potter, Twilight, or The Hunger Games. But since it’s been long enough since those franchises were in theaters, now’s the perfect time to capitalize on an open market, and give book fans what they deserve. 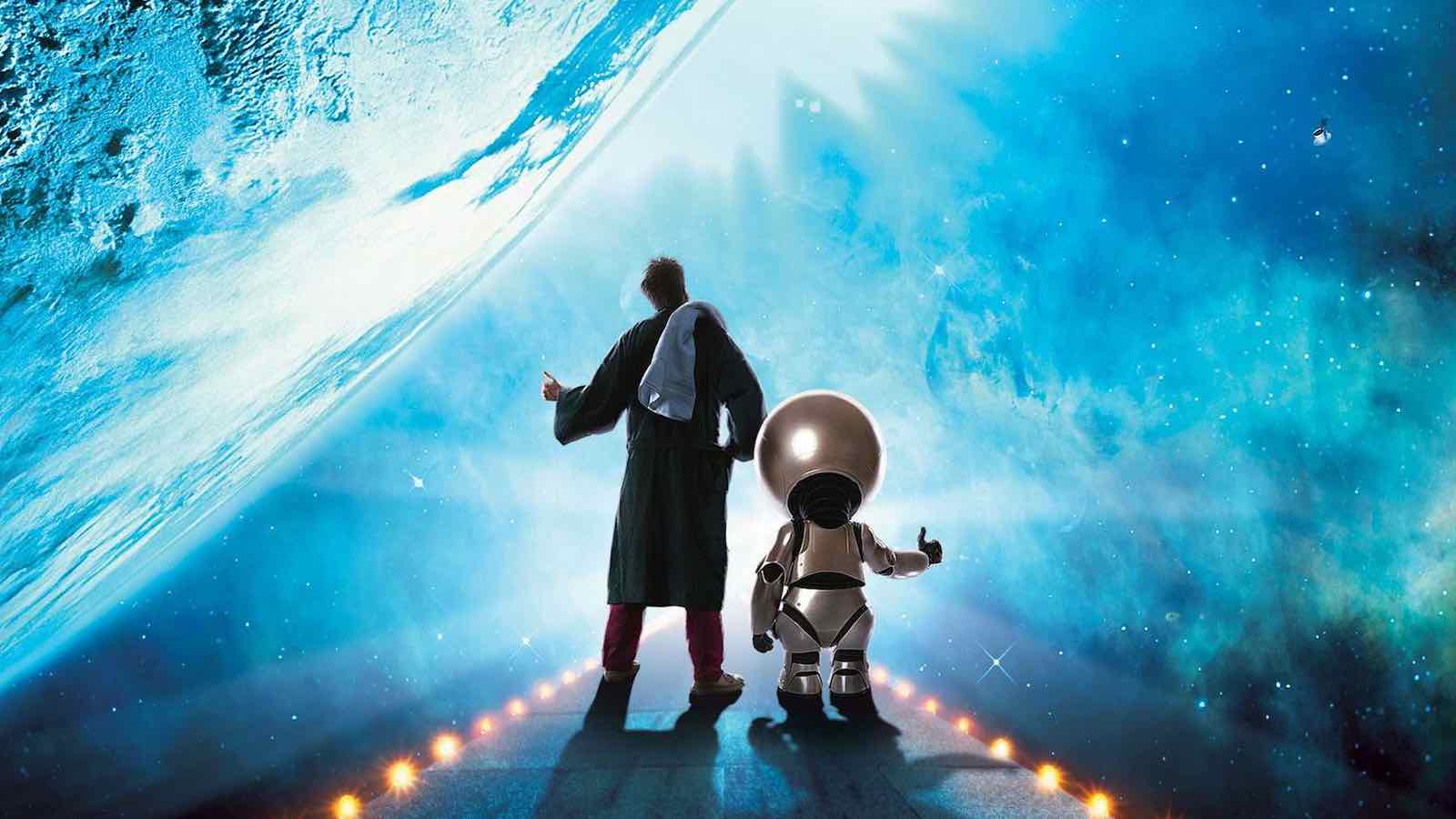 Hitchhiker’s Guide to the Galaxy

Now here’s a film you probably forgot Disney had any involvement with. But the adaptation of the first book in Douglas Adams’s galactic trilogy was a huge success for Disney. The film was well received by fans of the franchise, and as one of the last things Adams worked on before his death, paid great tribute to his life’s work. Ed. note: Not all viewers agree with this assessment.

Disney still owns the rights to the franchise, and there’s still four more books to adapt (five if you count the last one not written by Adams). Maybe now’s a good time to remind everyone to not panic again, even if the world does end. Worst comes to worst, just recast Martin Freeman and bring back Simon Jones as Arthur Dent and say he didn’t age well in space.