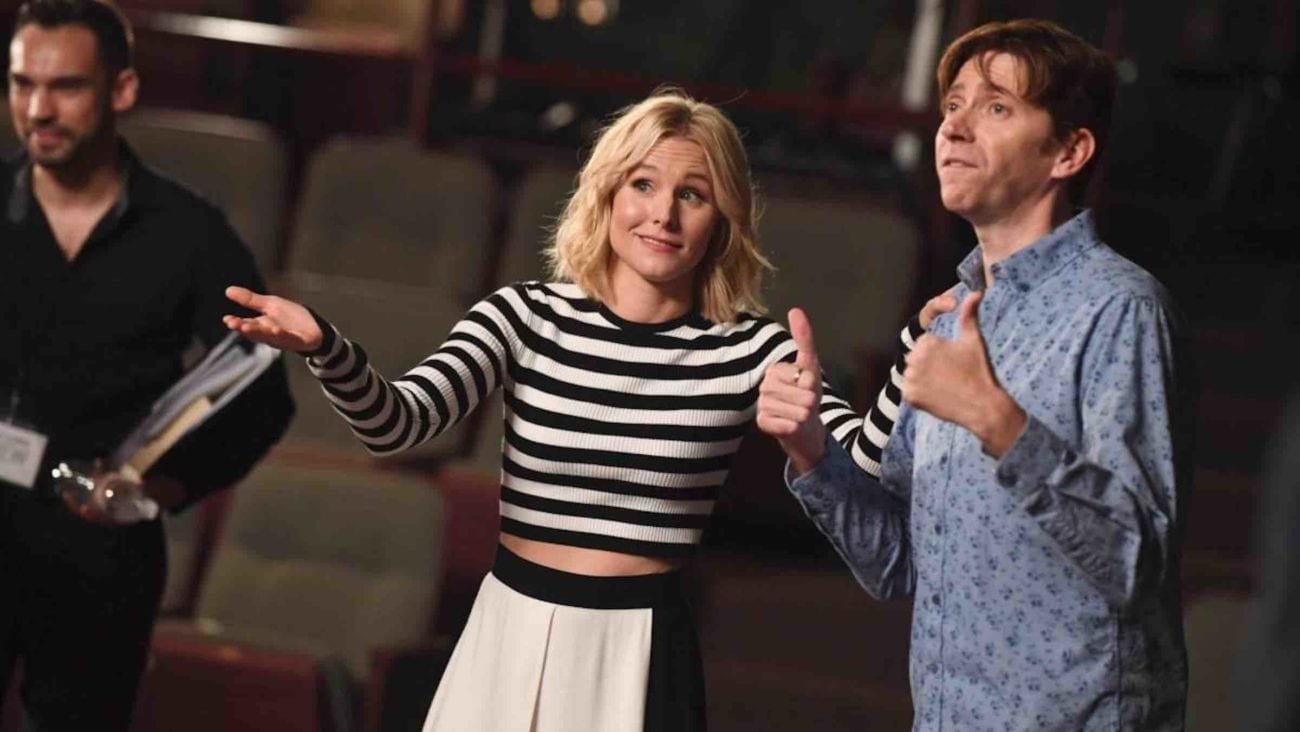 Why Disney+’s ‘Encore!’ is worth checking out

Lucky for you all, we have a Disney+ series that we’re a little obsessed that no one is talking about: Encore! If you’re a fan of musicals or were a theater kid in high school, then this is honestly a show worth checking out. We’re here to give you the premise and why Encore! should be your next Disney+ binge. 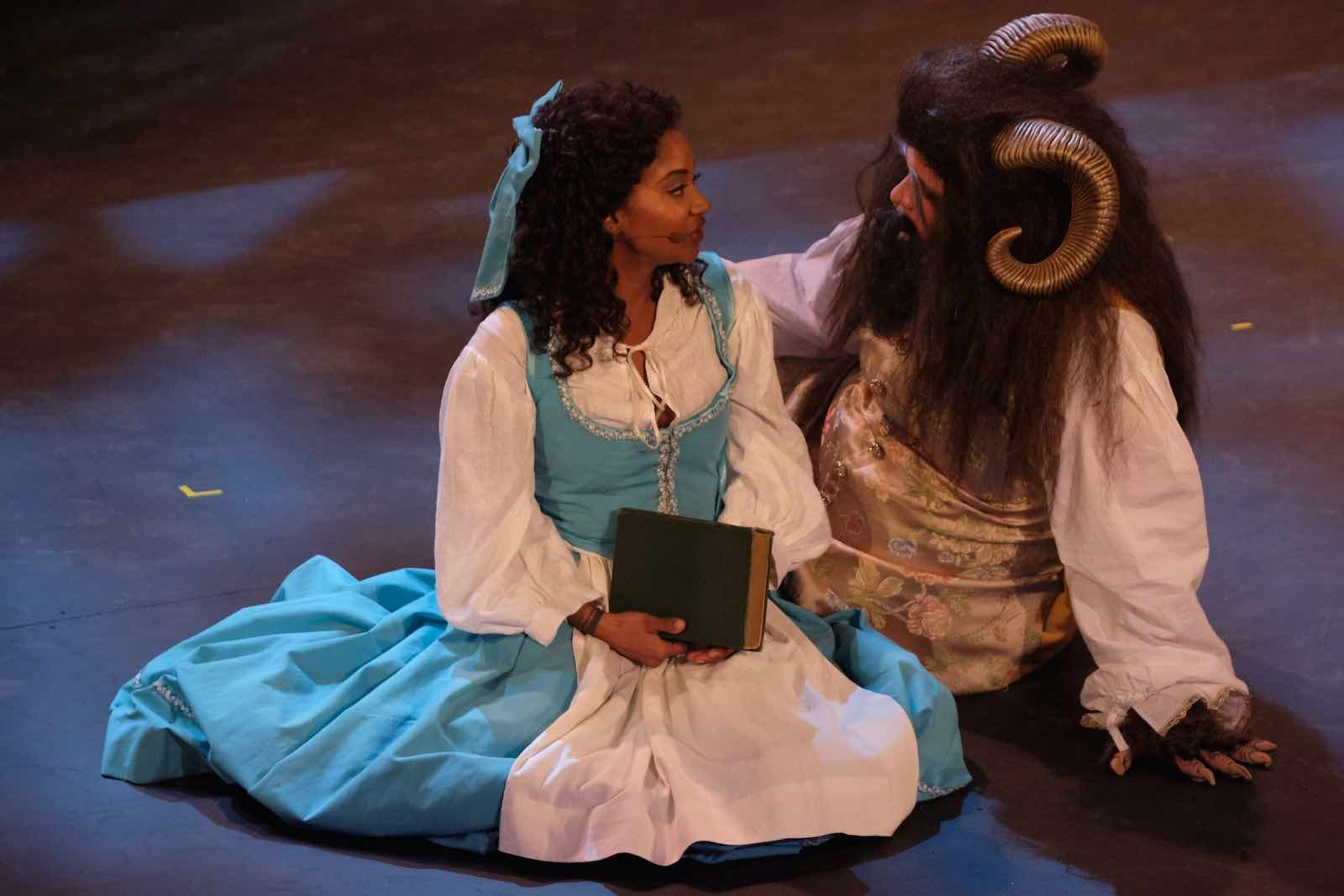 What is Encore! even about?

Former high school musical casts are reunited to perform the musicals of their youth. The main cast members reprise their roles and are given the insane timeframe of five days to mount the production of their high school days. That’s an insane time frame.

Luckily, the casts have help in the form of Broadway/Off-Broadway directors, musical directors, choreographers, and a group of pro actors to play the chorus and any necessary bit parts. The main bulk of the action falls to a group of ordinary people who performed the show once in their youth.

We’re talking from casts all over the age range. There’s still several episodes left of Encore!’s first season, but the latest one Pippin had the cast who performed in 1984 reunite to give a shot. The most recent cast as of this writing is from 2007 with a production of Beauty and the Beast. 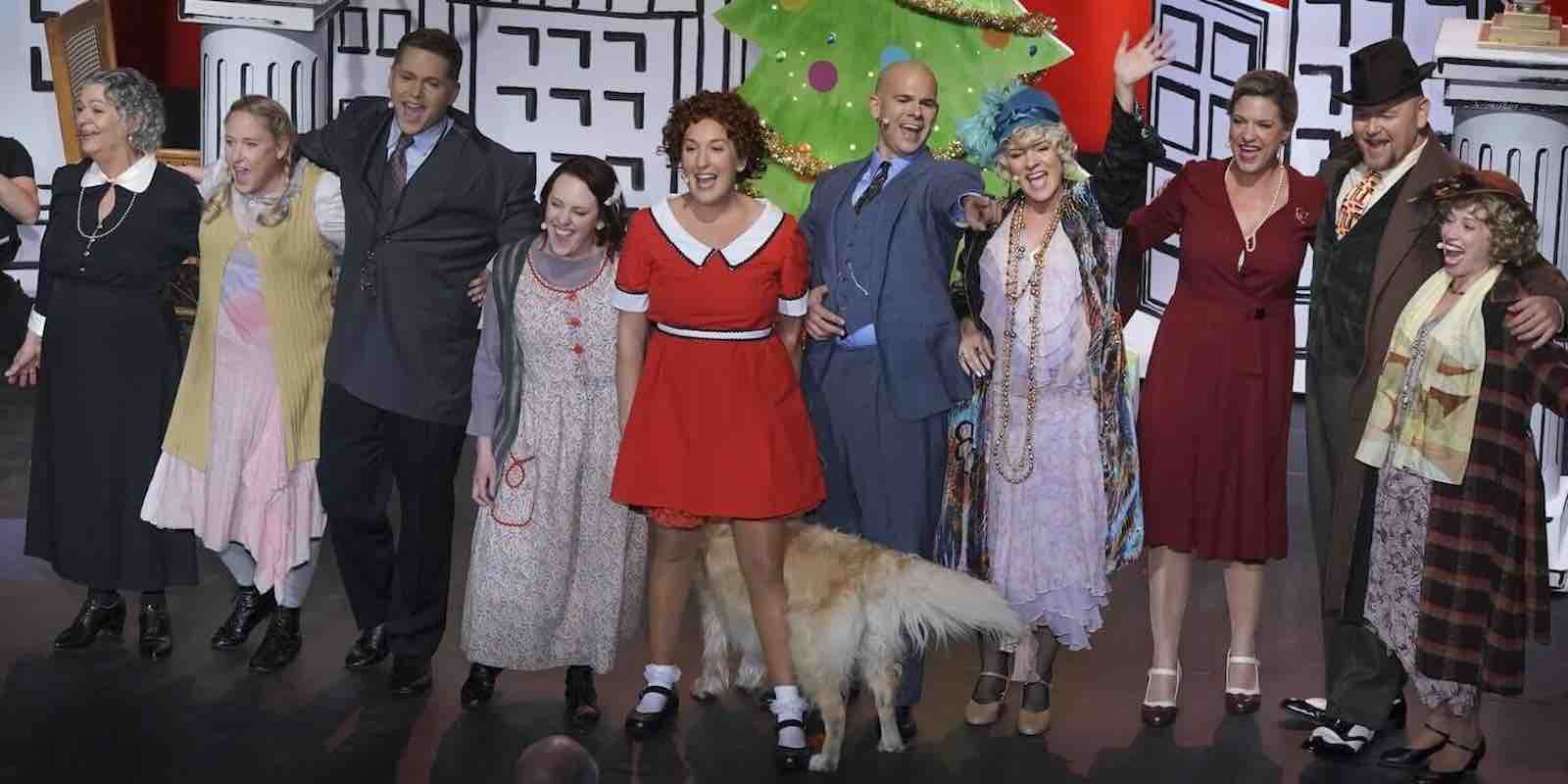 So Encore! is like a high school reunion on steroids?

Encore! is definitely a high school reunion on steroids. The casts reunited are all grown-up with their own baggage from the high school years and their own reasons to want to perform the show. All of them clearly have the passion and fond memories of the musical from their youth, but they also do a lot of soul-searching during the time as well. Honestly? It can get pretty dark at times, but that’s life.

Encore! has touched on everything from addiction recovery to being diagnosed with HIV to postpartum depression to confronting your own mortality. That’s on top of the high school baggage, such as seeing the person from the cast that broke your heart. The little pockets of darkness from very real people make Encore! all the more compelling.

That’s part of the reason that makes Encore! such a compelling watch. It’s strange to think about the dreams that we had back in high school. Even though their lives are their own, there are always those lingering regrets of their youth that they want to get whether closure from a bad break-up to nailing the song flubbed during a performance. There’s something cleansing about seeing people of various ages confront those parts of their past. 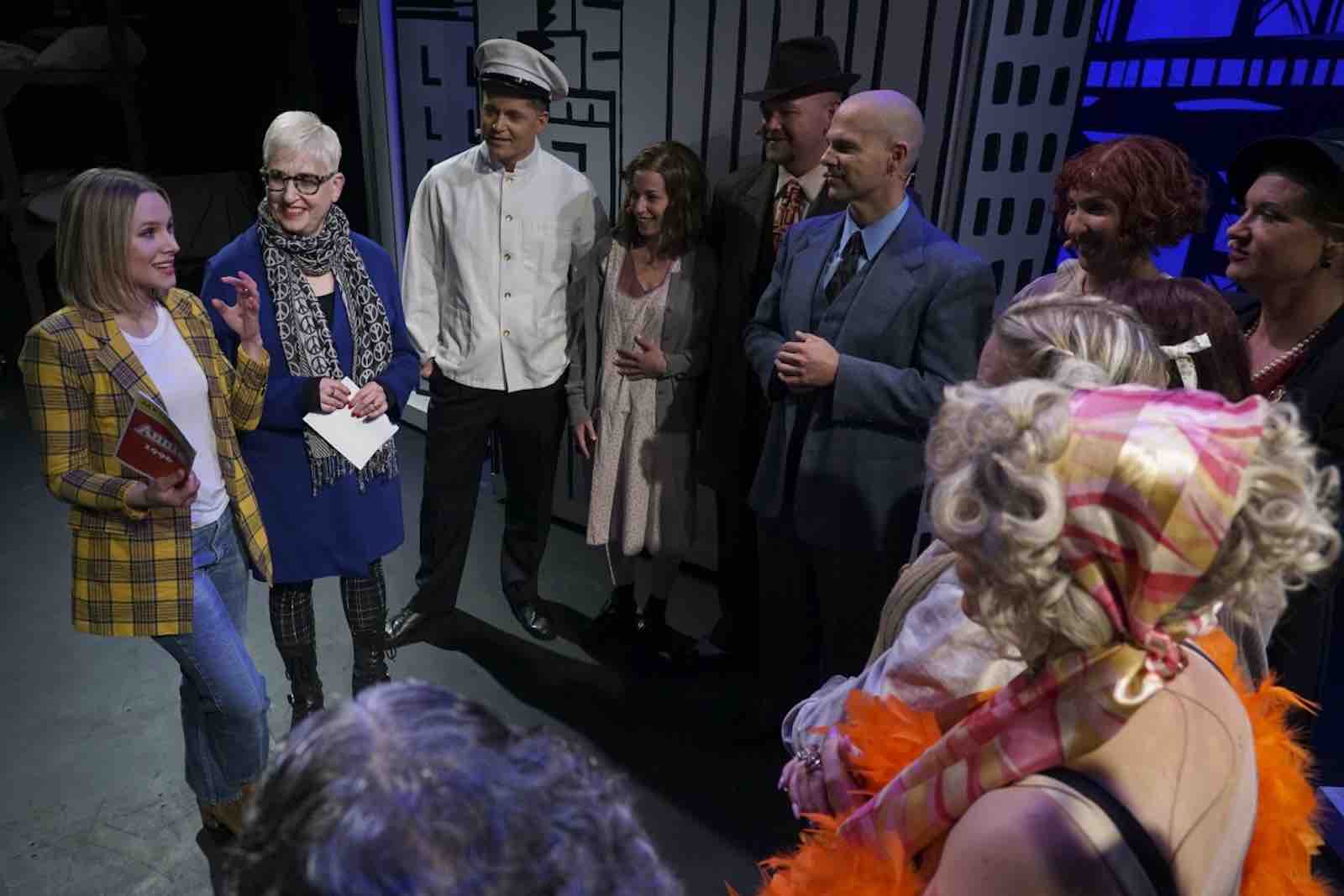 The shade of it all, darling! Let’s be upfront except in very few instances the people of Encore! probably have not performed since high school. That means there’s wooden acting, varying levels of great singing, issues with dancing, and they have to nail their show in a week. Less than a week which, again, is insane.

That means we get some snarky asides from the cast and the crew. In addition to some great flubs that will make theatre kids laugh in sympathy. The champion of this is one of the more consistently appearing music directors on the show, Adam Wachter. Wachter is the master of shade with wry asides that will leave you giggling.

Plus, there’s just the weird sort of cognitive dissonance going on. One of the productions mounted is Grease, featuring a 1990 high school cast. It’s sincere and passionate. They clearly care, but there’s something also inherently hilarious in watching a group 30 years removed from their performance play high schoolers. 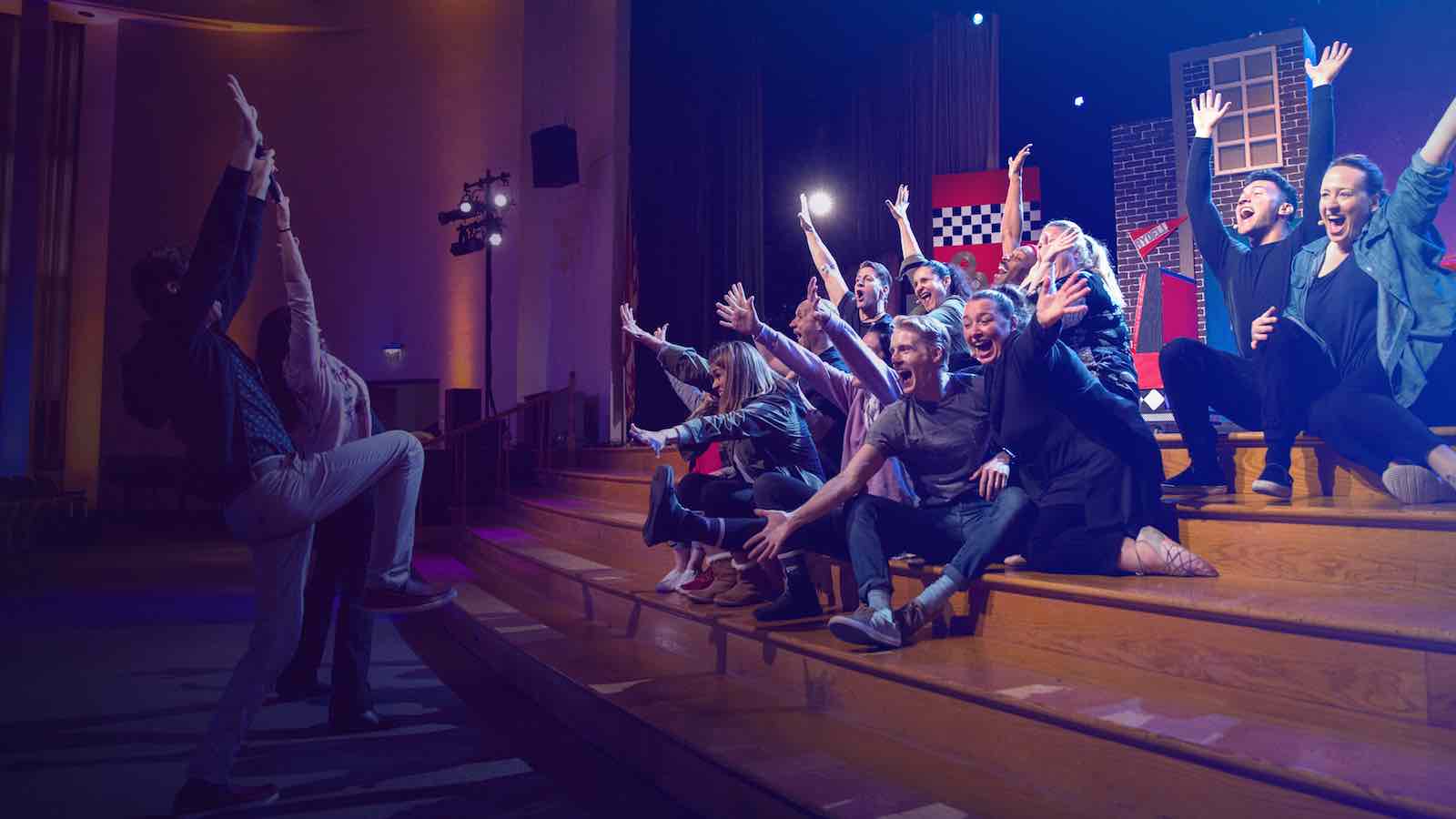 Encore! has a lot of heart

Aside from the darkness and the comedy (intentional and unintentional) what really keeps us coming back to Encore! is the show’s warm, gooey center. It’s a love letter to those manic high school performances. The cast that are reunited has fond memories of their days on the stage. They unabashedly care with joy and zest that will have you smiling.

Encore! is one of the feel-good shows for the soul like Queer Eye or The Great British Bake Off. You just get that warm feeling watching people who, despite their issues or baggage, clearly love what they are doing. There’s something so refreshing in seeing that even when theatre nerds grow up, they’re still theatre nerds.

There’s just something so sweet about it. Encore! showcases just how important the arts are in school. More importantly, it shows how memories can follow someone into their adult years as well. No matter the technical deficiencies, each cast brings a lot of heart and joy into their performances on Encore! 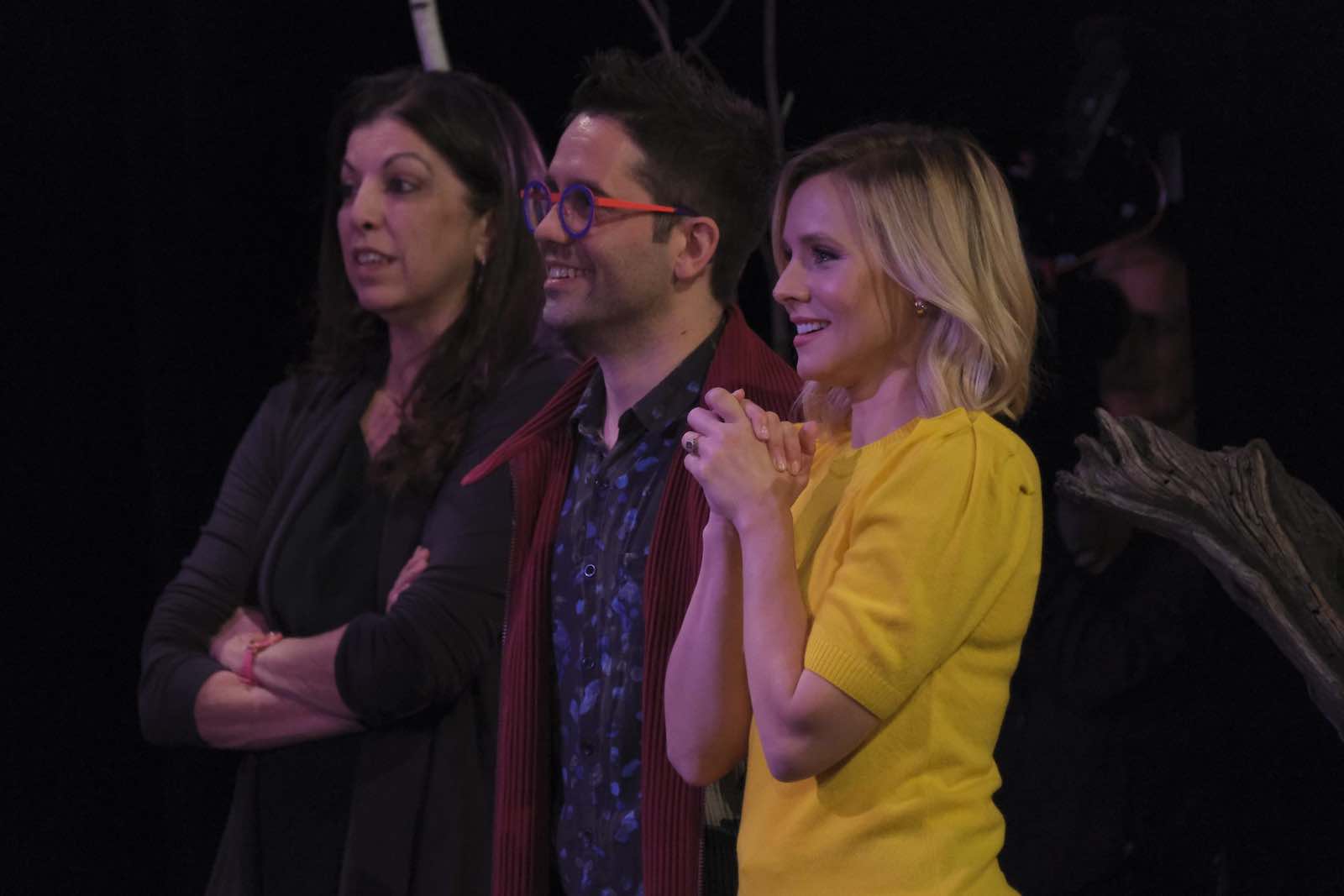 Should I watch Encore!?

Don’t go in expecting a lot of Kristen Bell. So far, she’s only appeared to see on performance in the first episode. Each episode of Encore! begins with a pre-taped introduction by Bell and that’s pretty much it. If you like musical theatre lover or are a former theatre kid, then definitely check it out. If you like feel-good reality television, then also put it on your watch list.

The first season of Encore! has a 68% critical score on Rotten Tomatoes, but audience scores put the series pretty high at 86%. It’s worth checking out at least one episode of the series and seeing if you like it or not. We’re definitely hoping that Disney wants more Encore! after season one wraps up in a couple of weeks.

Also, Lin-Manuel Miranda, the softest and best theatre nerd in the world, loves this series. And if you can’t trust LMM’s word, then who can you trust?